Consider yourself a foodie who knows everything there is to know about the best food the country has to offer? Think you’d fit right in on a Food Network series of pros who scour the nation in search of the biggest, baddest food challenges out there? Well, if this sounds like you, then read on. Here are 4 of the best food challenges across the U.S. 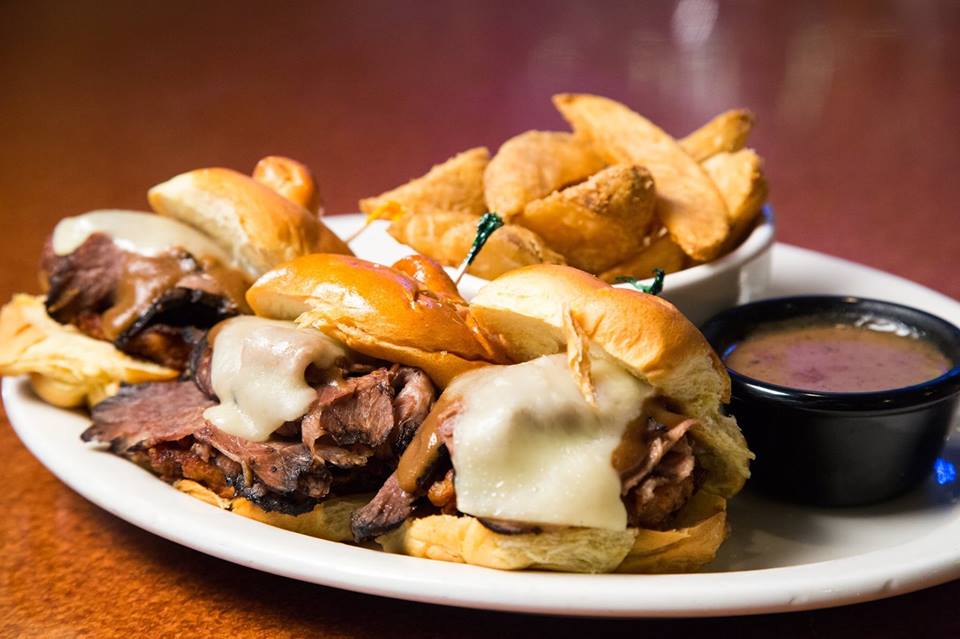 If you think the only New York style delis are found in the Big Apple, think again. Chompie’s, which now has five locations spanning Phoenix, AZ, has such an impressive food challenge, that it landed a spot on The Travel Channel’s Man V. Food in 2010, during which the show’s host, Adam Richman, was defeated by the gigantic plate of food set in front of him. The task at hand? Chompie’s Ultimate Slider Challenge lures patrons in with the deli’s decadent Jewish Sliders — made with brisket, a potato latke, cheese and gravy, on a Challah roll bun. Take on this 5-pound challenge, and commit to eating 12 of these sliders, along with onion strings, all in less than 30 minutes. If you’re victorious, earn yourself lifelong bragging rights, an Ultimate Slider Challenge t-shirt, your photo on the Wall of Fame, and of course, your meal on the house. 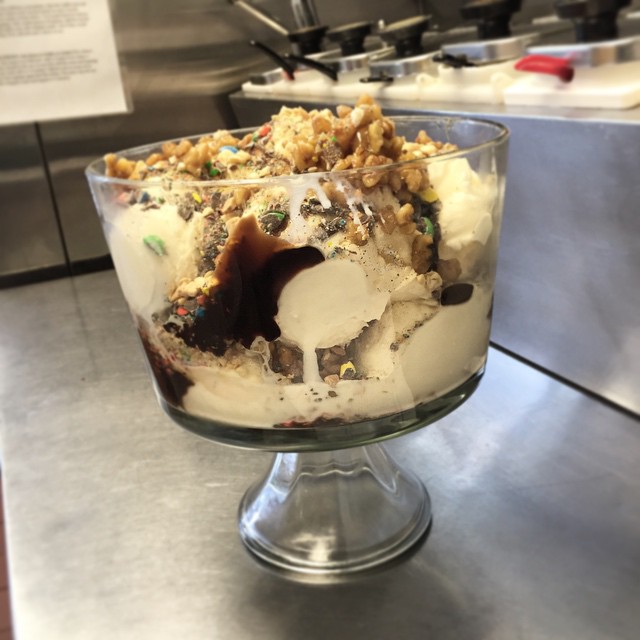 Located in the heart of Lancaster County/Pennsylvania Dutch Country, Scoops Ice Cream & Grille has something for anyone who thinks he’s got the ultimate sweet tooth — the Mountville Meltdown. Fancy yourself a true ice cream lover? With this challenge, customers are tasked with downing 12 scoops of ice cream, four toppings, whipped cream, and cherries, all in one hour or less. The current rate of success is just over 4% and the record is an unsettling 3 minutes and 58 seconds. Oh, and you have to keep it all down for at least 10 minutes after finishing… and no restroom breaks, either. 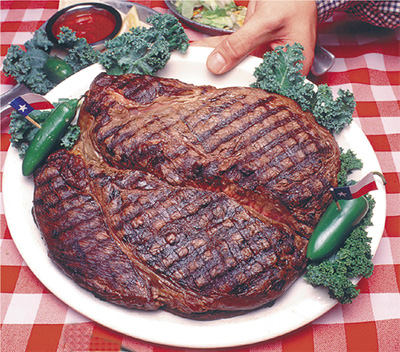 Born shortly after the original Route 66 Big Texan opened, the 72 ounce Steak Dinner began its reign as one of the most legendary restaurant challenges in the nation. The tale goes that, at the end of a long, hard day’s work, “real” Texas Cowboys would come in for their hearty steak dinners, and the fact that these burly men were satisfied by their feast was all the inspiration the restaurant needed to bring the challenge to their patrons. In Amarillo, TX, the Big Texan Steak Ranch challenges diners to eat the entire dinner in an hour or less.

The dinner, which includes the steak, baked potato, salad, shrimp cocktail and dinner roll, is free if you finish it in an hour, but if you don’t, it’ll cost you $72. The record, which was set by Molly Schuyler in April, 2015, is an astounding three 72 ounce dinners, back to back to back, in just 20 minutes. Now that’s a woman who loves her meat.

4. Rock Out With Your Guac Out Challenge, Rockhouse (Las Vegas)

Vegas is certainly no stranger to over-the-top indulgence, and now you can take your gluttonous love of Mexican fare to a whole new level. At Sin City’s Rockhouse lives a mega burrito so big, it’ll put your favorite neighborhood Mexican joint to shame. Weighing in at a heavy 4.5 pounds, this challenge features carne asada steak, pico de gallo, sautéed onion, green chilis, cheddar cheese, fries and lettuce, swaddled in three 12-inch flour tortillas, all topped with sour cream and guacamole. While the cost to enter the challenge is $45, if you successfully clean your plate within 20 minutes, your meal is free, and you’ll also walk away with $50 in Rockhouse bucks, $25 to each of Rockhouse’s sister joints, PRB Rock Bar & Grill and Chayo Mexican Kitchen + Tequila Bar, and a Rockhouse t-shirt. And hopefully you’re not too far from a restroom when you leave, either.