Restaurants That Presidents Love Across America

While presidents may not have as much free time to dine out as regular Americans, they still take time to chow down with family and friends. When a craving strikes, these are the restaurants presidents love. One Harlem eatery has a following among commander in chiefs (page 10). 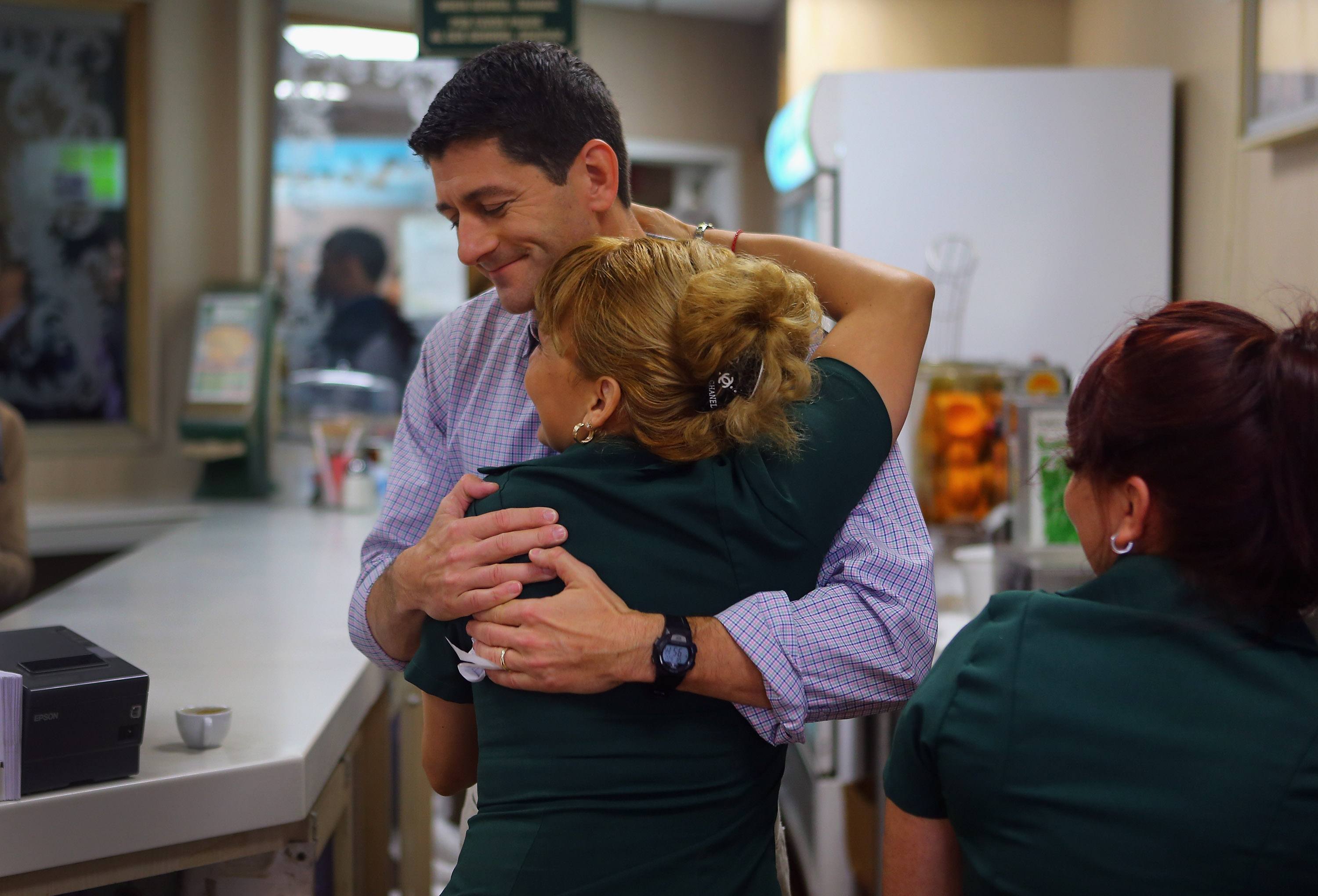 “The World’s Most Famous Cuban Restaurant” carries its weight in politics. An unofficial gathering place for Cuban exiles, Versailles deems itself “the first place politicians visit locally to garner support from the Cuban exile community.” Many big-time politicians have dined there.

The Cuban restaurant is so popular with legislators that a political analyst relocated his office across from Versailles. Diners often see national media parked outside the establishment, waiting to get footage and soundbites.

Next: This restaurant gets so many political stars, it keeps a list. 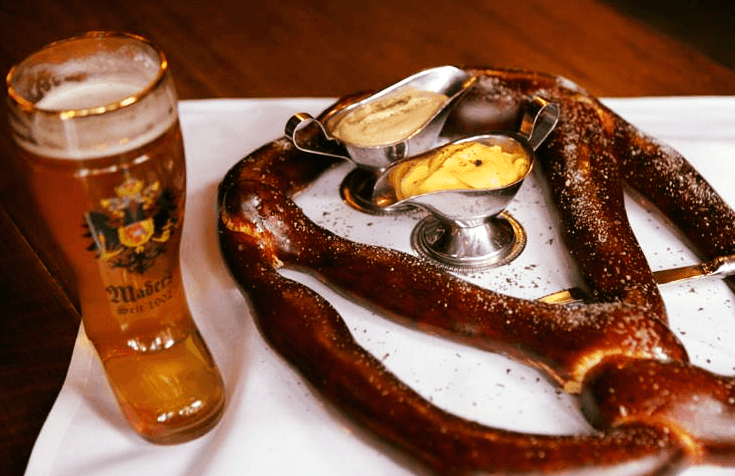 Past presidents were big fans. | Mader’s Restaurant via Facebook

Founded in 1902, Mader’s is an authentic German restaurant with a famous Sunday Viennese Brunch. The first president to visit Mader’s was JFK. Later, presidents Gerald R. Ford and Ronald Reagan ate there, too. The beloved restaurant keeps a running list of the politicians and celebrities who visit for the wiener schnitzel, sauerbraten, and cold brews.

Next: President Clinton’s diet now restricts him from visiting one of his favorite restaurants. 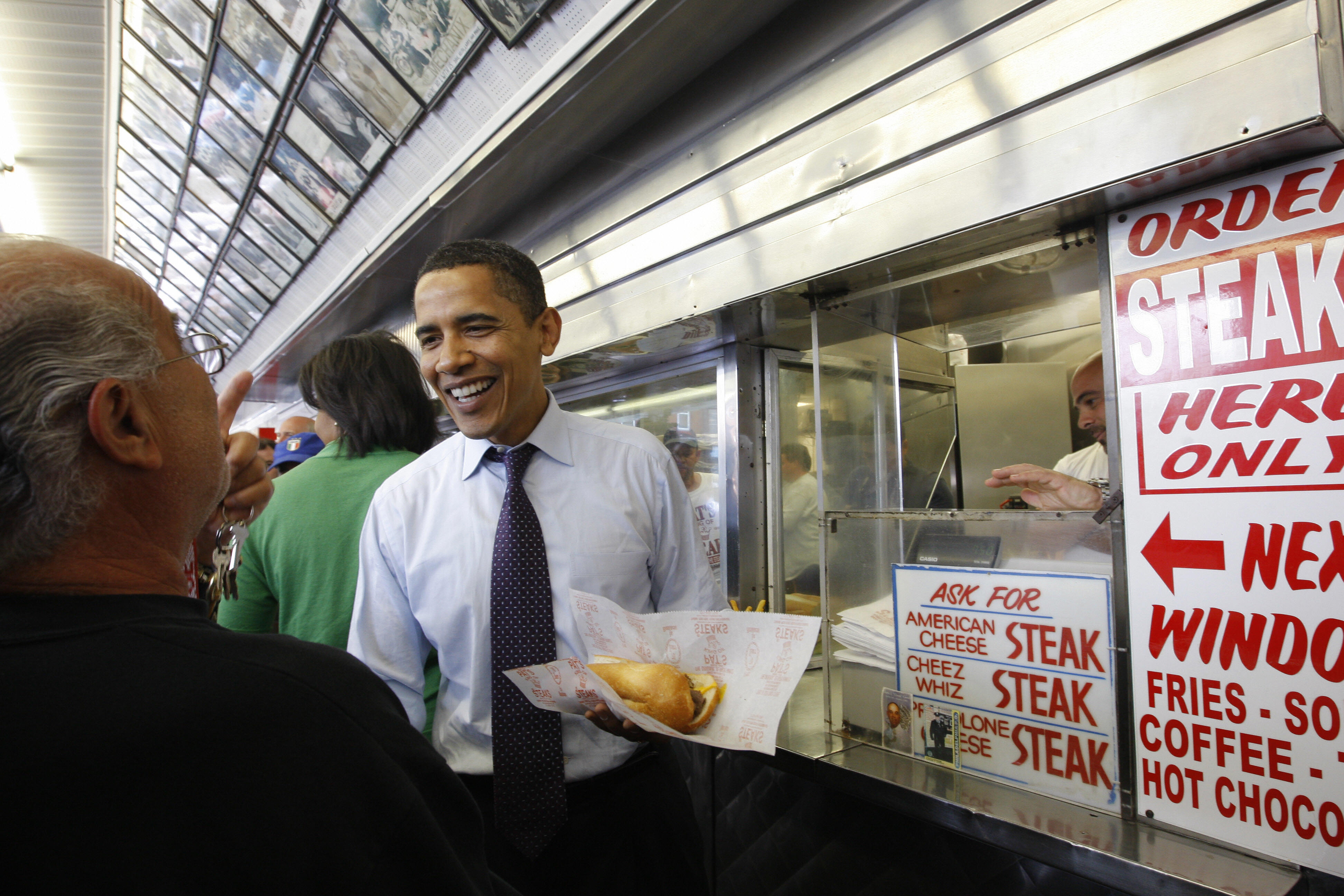 Pat’s King of Steaks calls itself the “originator and inventor of the steak and cheesesteak sandwich,” and Clinton appreciated it. During his last presidential campaign, “he ordered $585 worth of steaks for lunch for his campaign staff.” Before leaving the city, Clinton ordered a dozen to go. John Kerry’s 2003 visit to the legendary establishment made him famous for ordering Swiss cheese on his sandwich, according to USA Today.

Next: An aide lied to get a private room for the president at this restaurant. 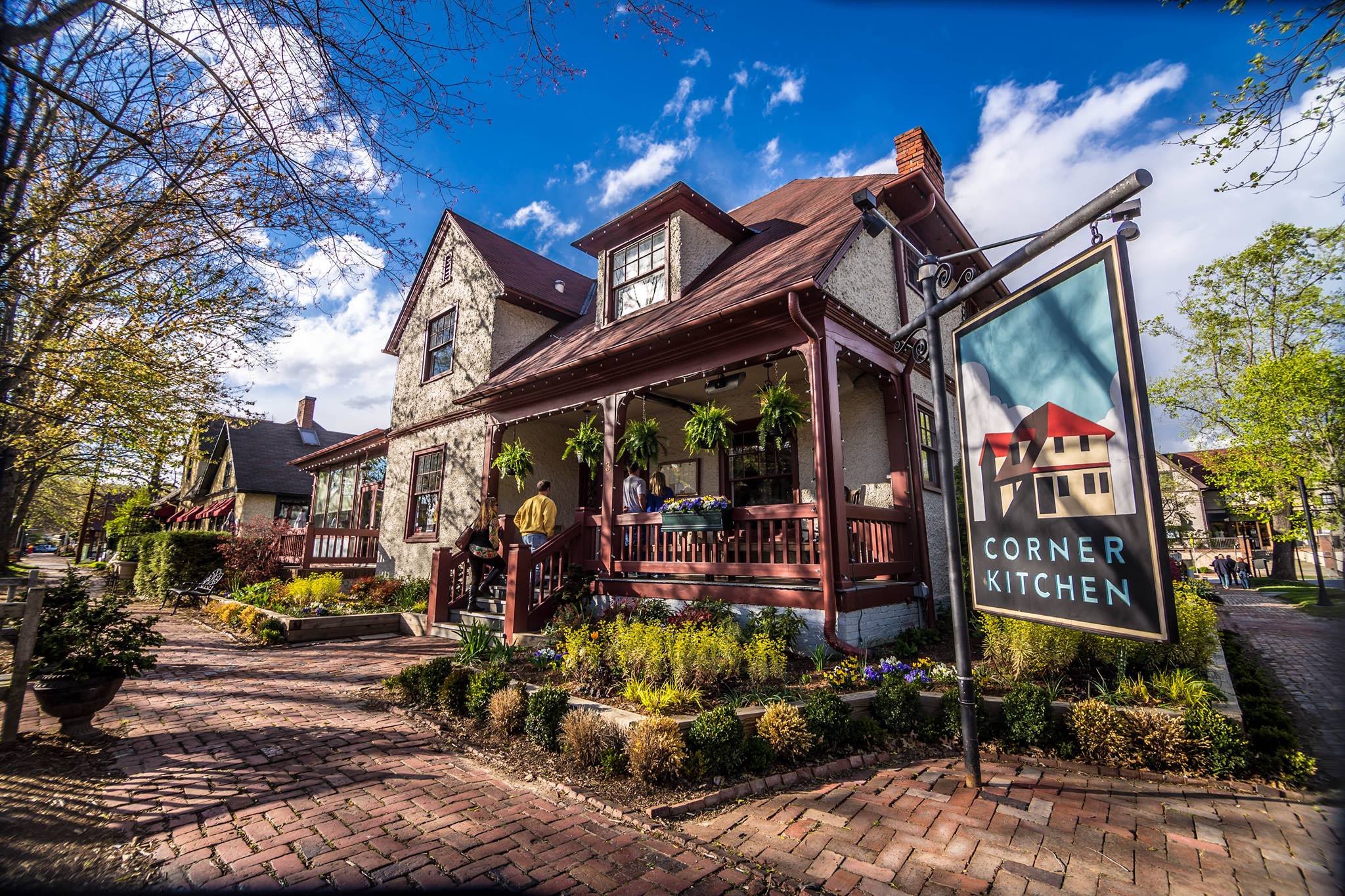 They got them a private room. | The Corner Kitchen via Facebook

An Obama aide made a reservation for six, lying about proposing to his girlfriend to secure a private room. Unbeknownst to restaurant staff, the party of six included Barack and Michelle Obama along with four friends. They ordered corn and crab chowder, mahi mahi, baby arugula salad, a fried oyster appetizer, lobster tail, pork chops, and a souffle, according to USA Today.

Next: Politicians are just like us — they love ice cream. 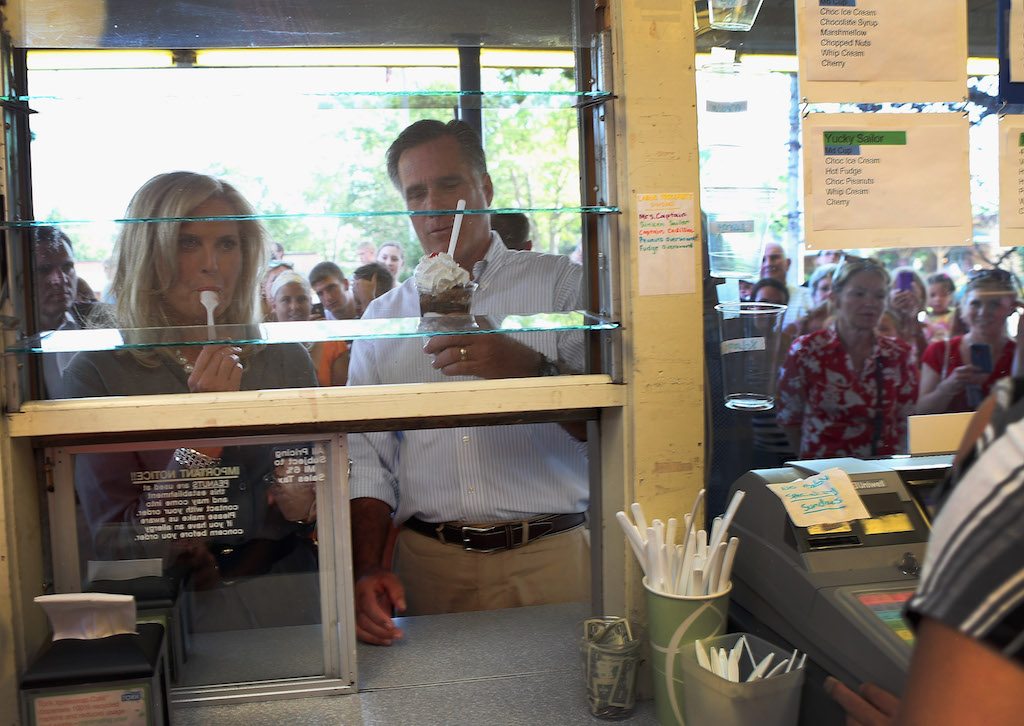 Politicians campaigning in the battleground state make a point to stop at the Blue Bunny Ice Cream Parlor in Le Mars, aka the “Ice Cream Capital of the World.” Among many politicians with a sweet tooth, Mitt Romney enjoyed a chocolate shake (hold the cherry and whipped cream), and Mike Huckabee ordered sugar-free strawberry ice cream.

Next: Iowa hosts many hungry politicians at this joint. 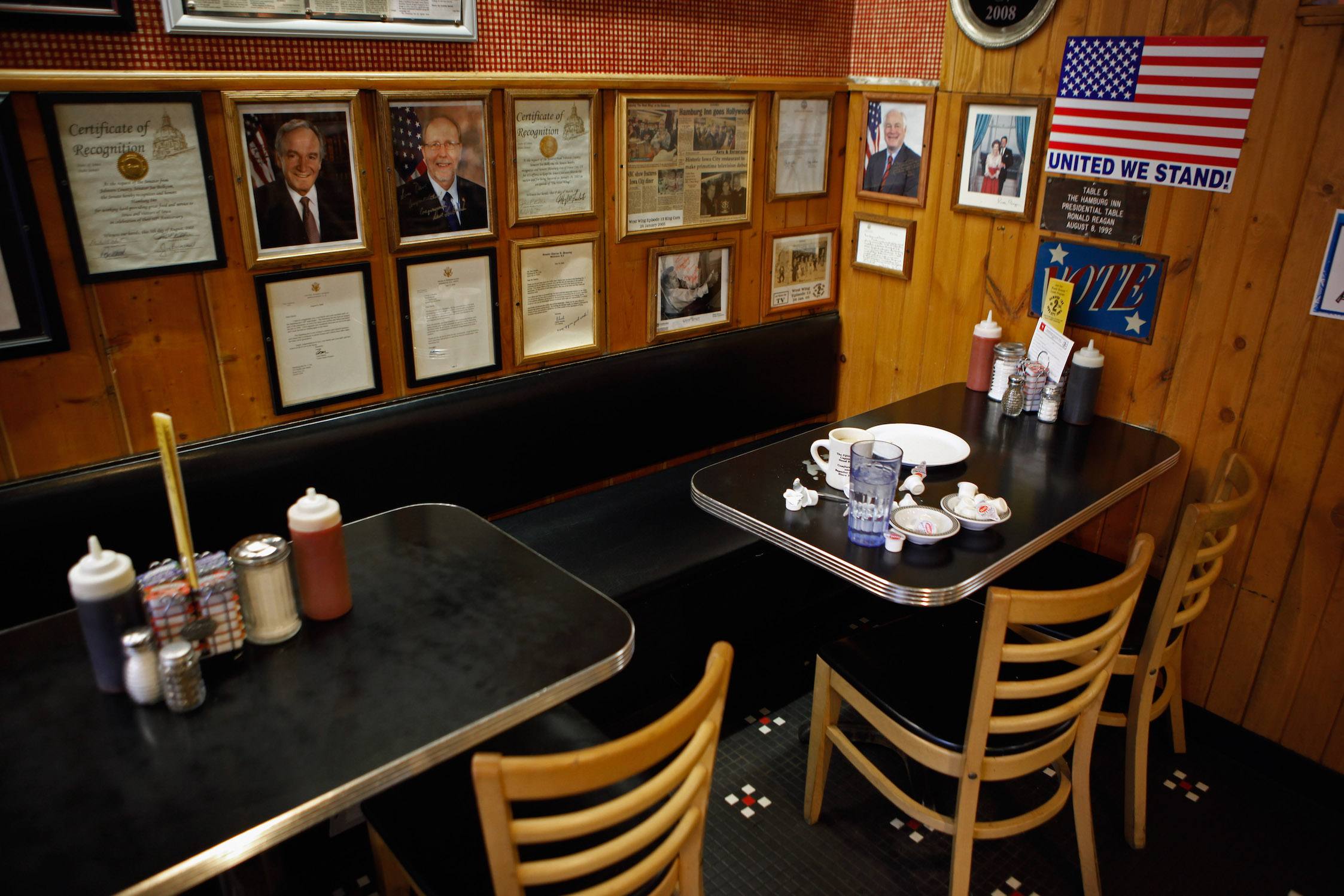 Known for being a stop for politicians on the campaign trail, Hamburg Inn No. 2 holds a Coffee Bean Caucus during primary elections where locals cast their vote by putting a coffee bean in jar. Ronald Reagan, Bill Clinton, and Barack Obama have all visited the restaurant while campaigning, according to the restaurant’s website.

Next: One president celebrated his birthday at this restaurant. The restaurant is popular with the Obamas. | Rose’s Luxury via Instagram

A popular restaurant in the nation’s capital is Rose’s Luxury. The restaurant is popular with the Obama family. Michelle Obama first dined there in 2015, according to Vogue. She visited again for Barack Obama’s birthday in 2015.

Next: A president believed food from this place would improve international affairs. 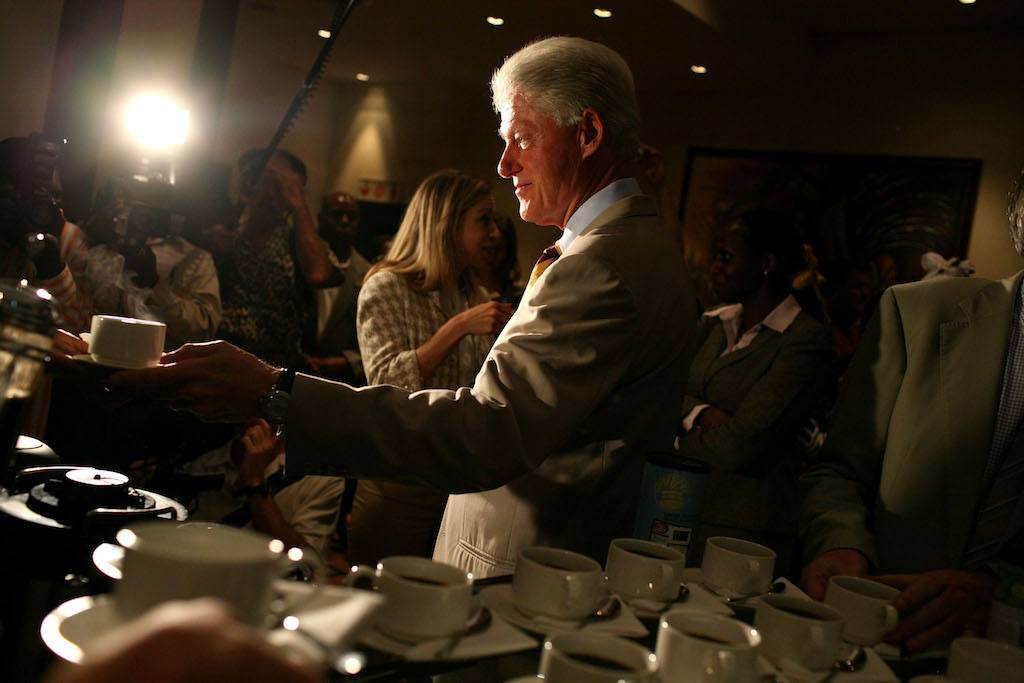 The Clinton family runs on coffee. | Justin Sullivan/Getty Images For The Clinton Foundation

Known for vacationing on Martha’s Vineyard, the Clinton family made frequent visits to Espresso Love. Funnily enough, part of the family’s order included the Presidential Muffin. In a patriotic move, Bill Clinton took the red, white, and blue treat to peace talks with Ireland because he loved it so much, according to USA Today.

Next: Presidential date nights happen at this restaurant. 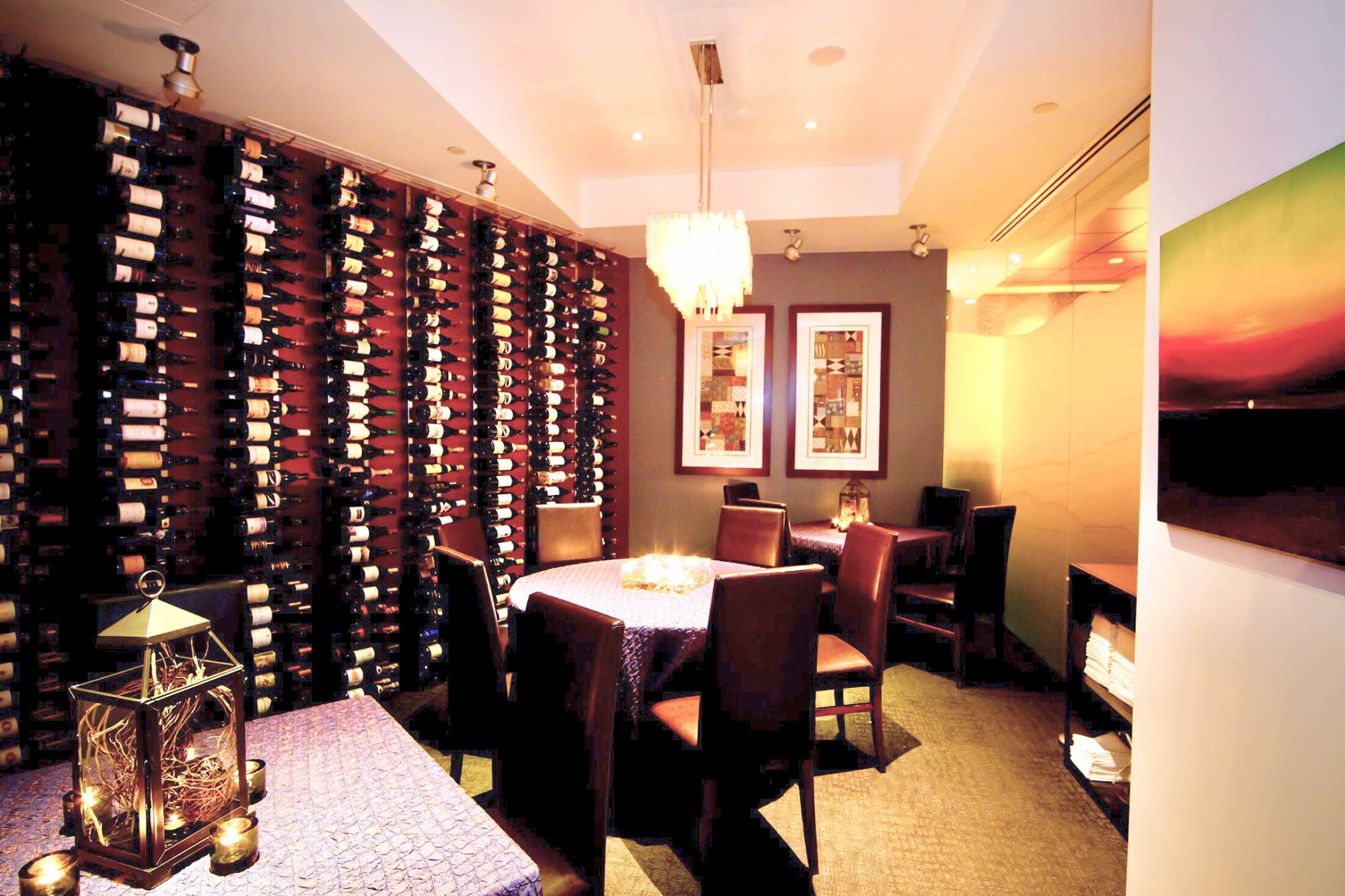 Next: Celebrities and presidents are attracted to this soul food restaurant. 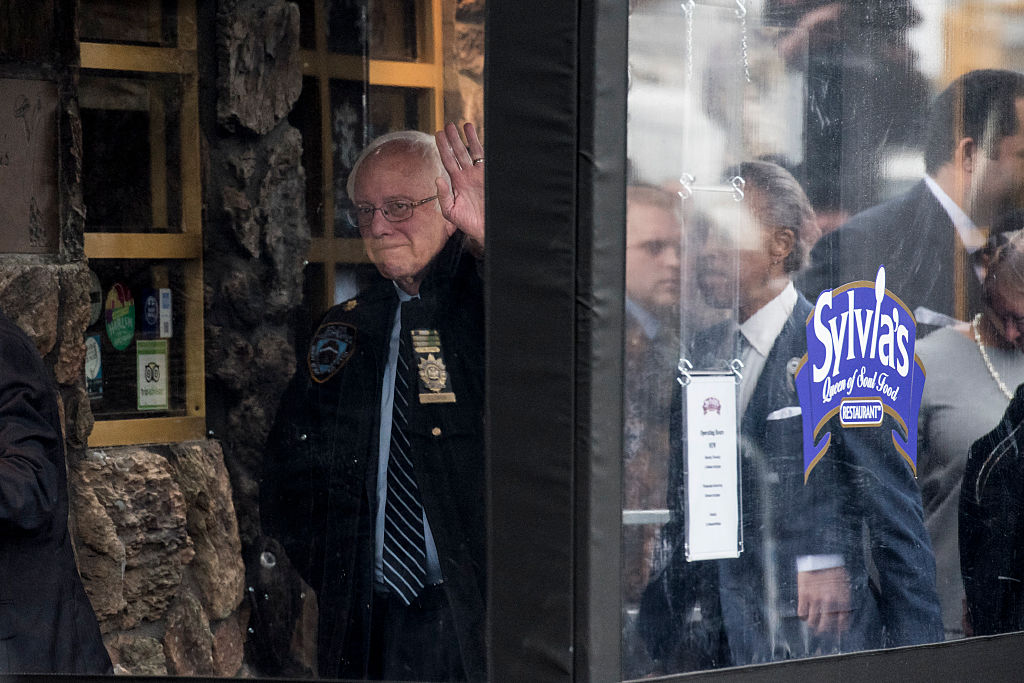 Though not president, Bernie Sanders met up with Al Sharpton there. | Andrew Renneisen/Getty Images

This Harlem soul food restaurant gets its fair share of famous customers. Al Sharpton is known to be a regular, according to Thrillist. Obama also made a stop at Sylvia’s during his first election.

Next: Donald Trump eats a $36 burger at this swanky restaurant. 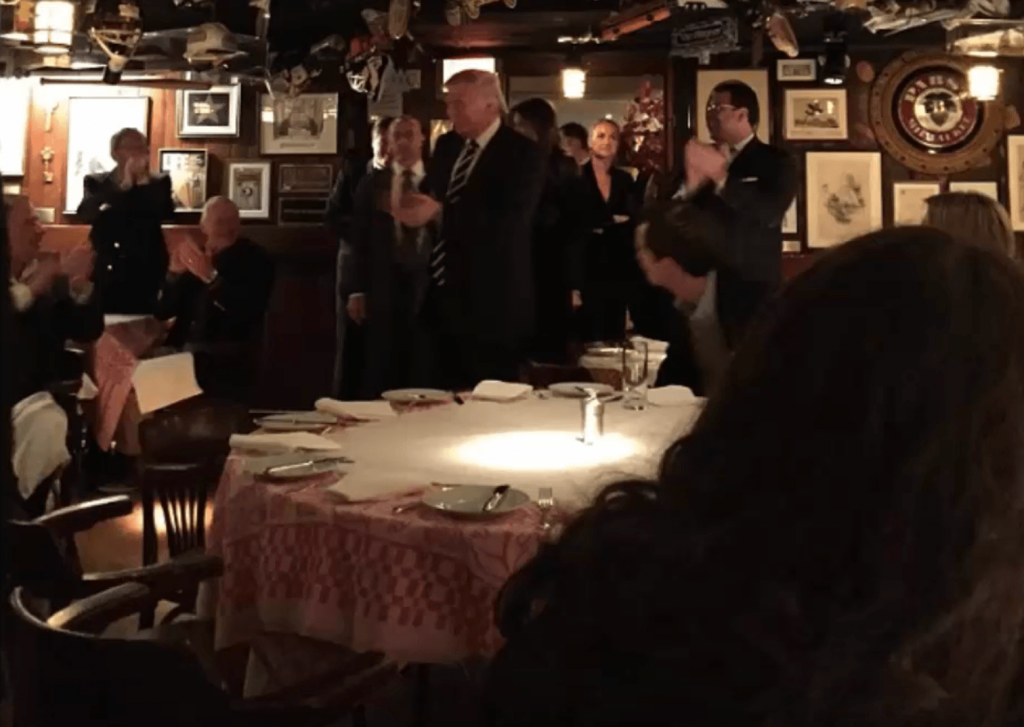 A couple weeks before his inauguration, Donald Trump dined at the 21 Club. | Channel 14 via Youtube

The 21 Club is a favorite restaurant of President Donald Trump. So much so, he called the restaurant himself to make a reservation a few weeks before his inauguration. Trump usually orders a $36 burger that has 84 grams of fat and is 1,203 calories. He always gets his preferred table at the Manhattan restaurant, according to the Daily News.

Next: You can eat like a president at this burger chain. 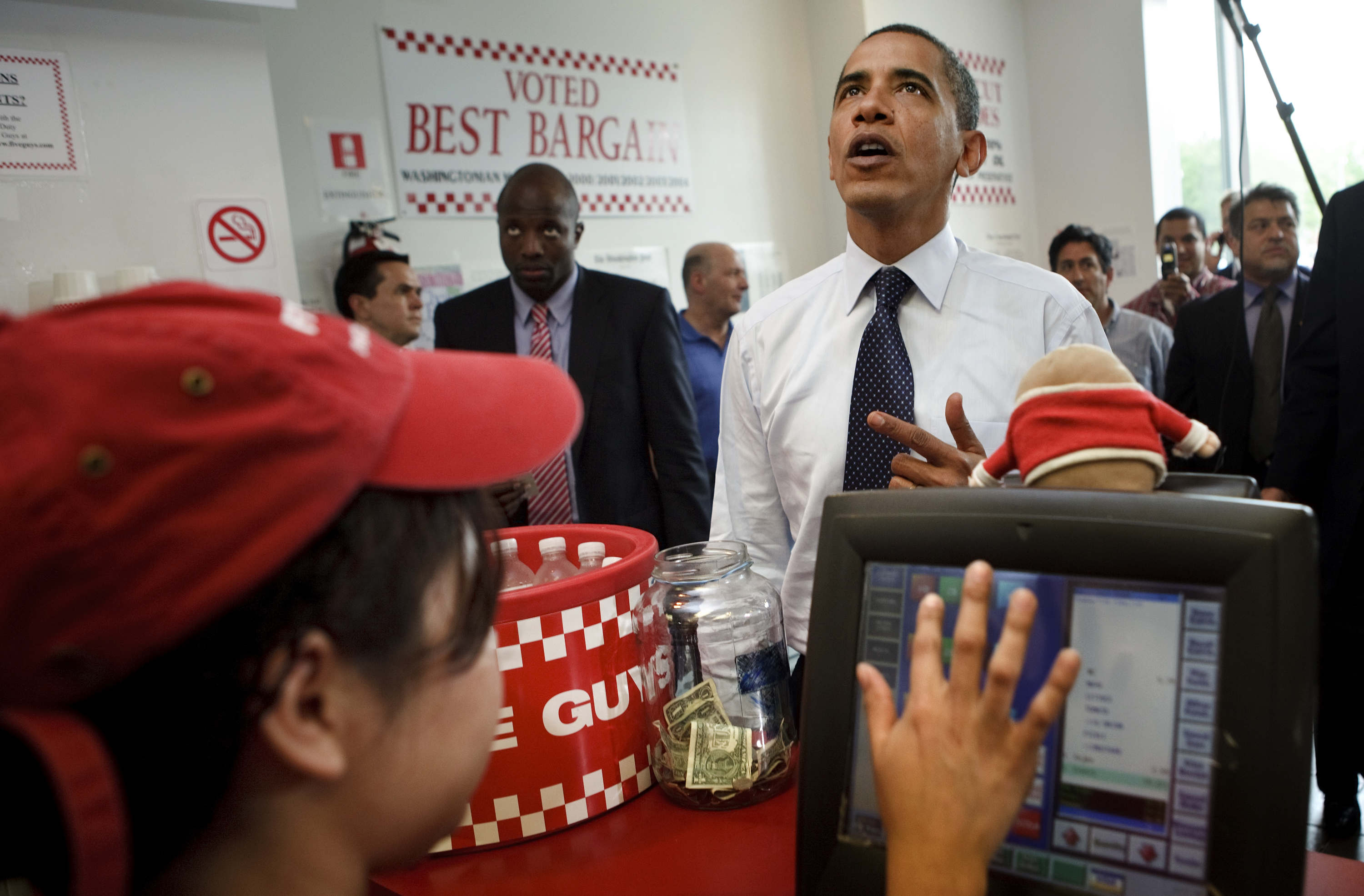 During his time as president, Barack Obama made stops at a Five Guys located in Washington, D.C., according to USA Today. He would order a “cheeseburger with lettuce, tomato, jalapeño peppers, and mustard.” Let’s hope he ordered fries for his Secret Service detail.

Next: Politicians use free pizza to grab attention. 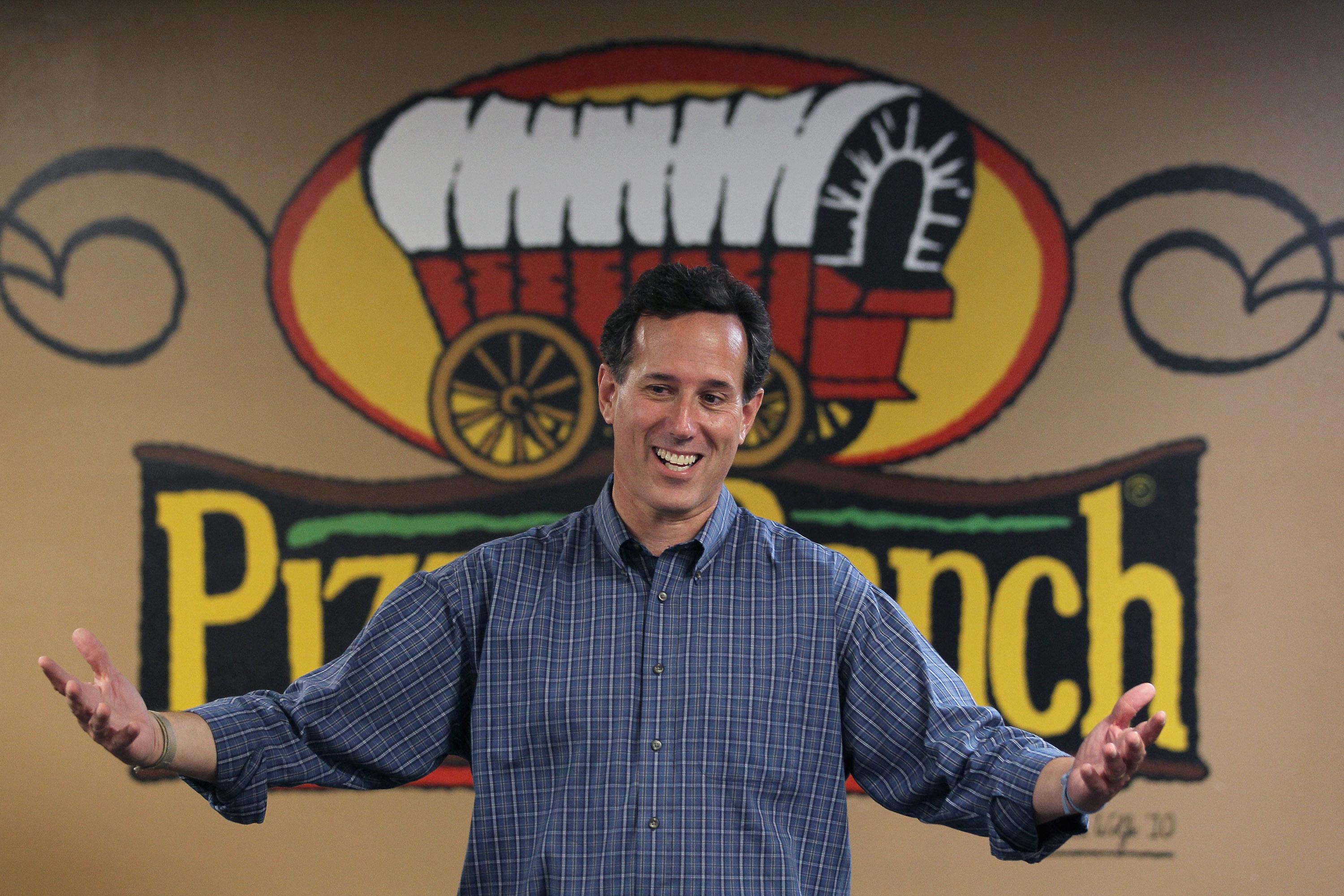 Candidates enjoy pizzas at the Pizza Ranch, namely the Iowa locations, and hope to mingle with potential voters, according to The Wall Street Journal. Mike Huckabee started the trend in 2008 among GOP candidates, according to Thrillist.

Next: Eating pizza with utensils caused a lot of attention at this eatery. 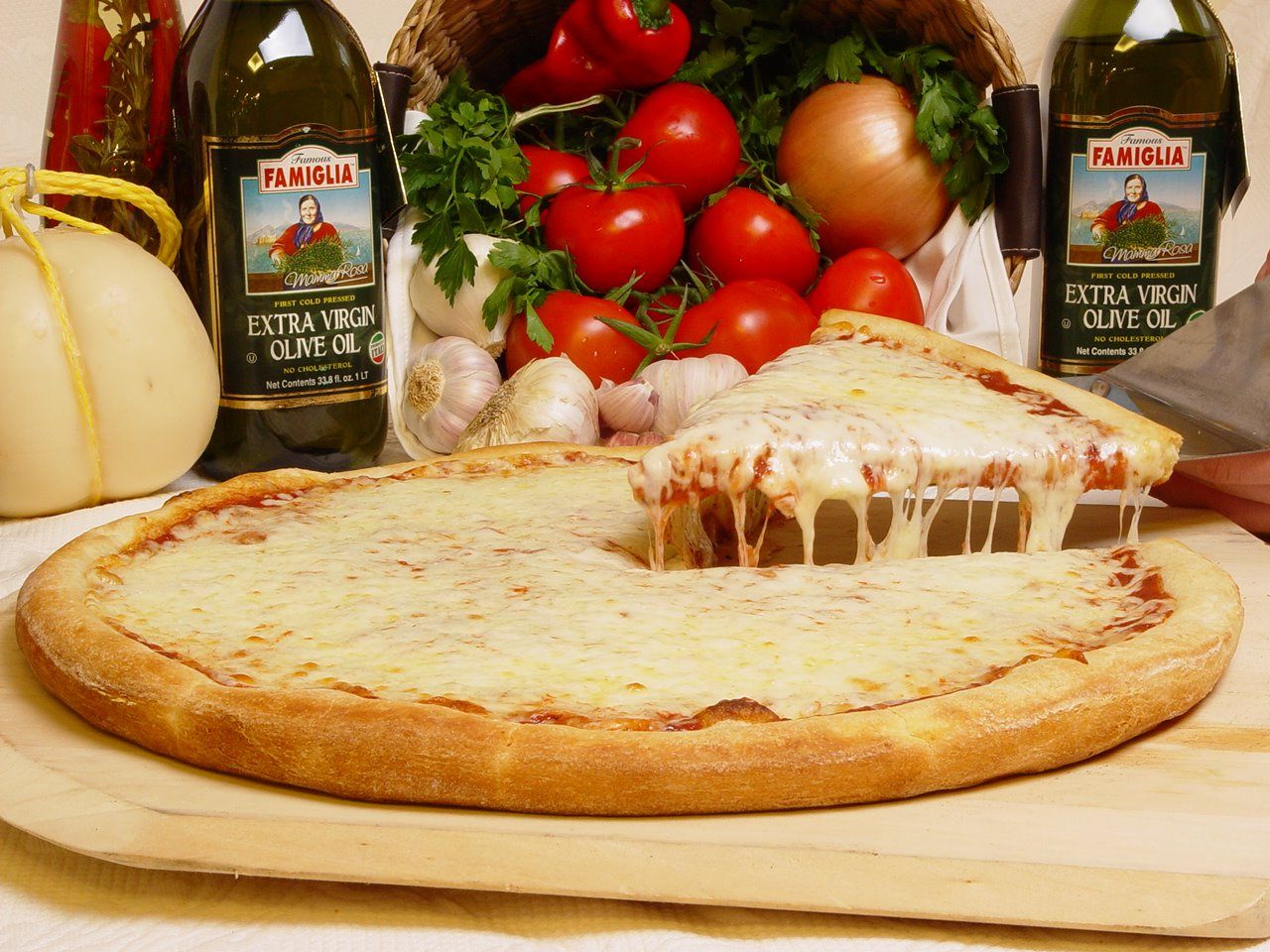 Despite the forks and knives, the pizza is a hit. | Famous Famiglia via Facebook

Famous Famiglia Pizzeria is where President Donald Trump eats pizza with Sarah Palin and the world — OK, maybe only Americans — is peeved because they use forks and knives. Traditionally, pizza is eaten with your hands but when you’re a politician, maybe the rules change?

Next: A local ice cream shop is a favorite of this president and his family. 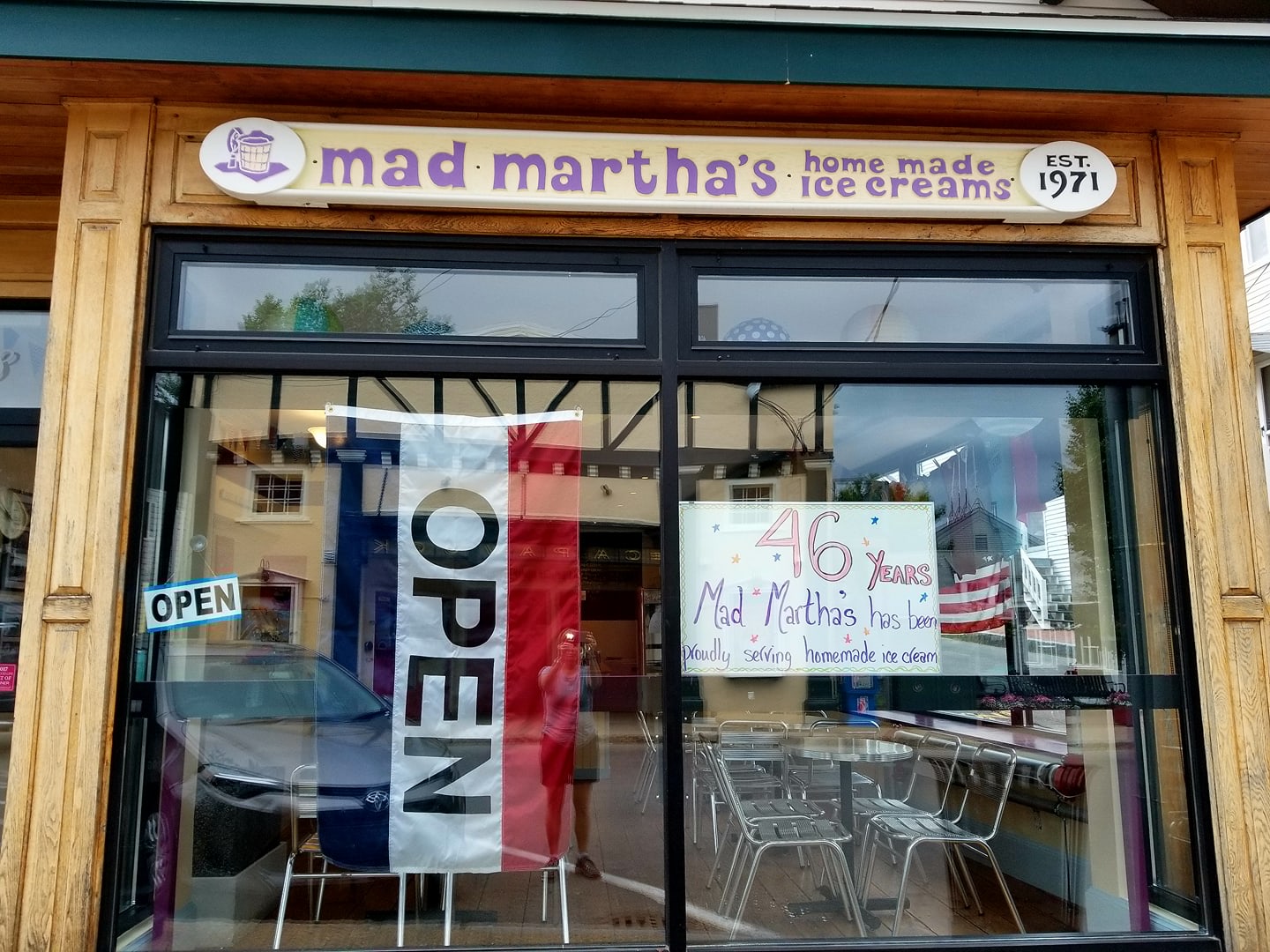 Chelsea and Bill would often pop by. | Mad Martha’s Ice Cream via Facebook

Next: An east coast eatery that still serves a First Lady’s famous recipe. 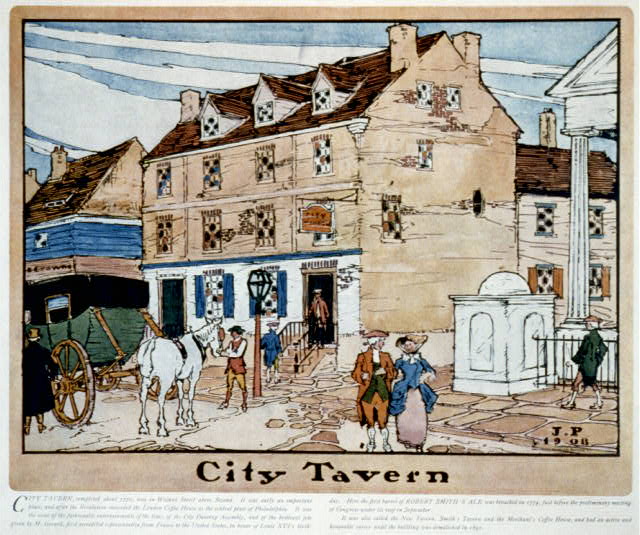 A drawing of the historic City Tavern | Library of Congress

Not many restaurants have the historic claims to fame that the City Tavern boasts. The original building was frequented by numerous founding fathers both before and after meetings of the first Continental Congress. Not only that, but the tavern was also selected as the location for America’s first Fourth of July celebration in 1777. They even use Martha Washington’s recipe to craft their best-selling dish, turkey pot pie!