Revealed: The Disgusting Conditions Airplane Cleaners Are Forced to Work in

As passengers, we often take for granted how clean airplanes are kept. People are messy, especially when traveling, so it’s a wonder the planes are actually as clean as they are given the amount of time the crew gets to clean a plane between flights.

The conditions the cleaning crews are subjected to are nothing less than shocking, thanks to what passengers leave behind. 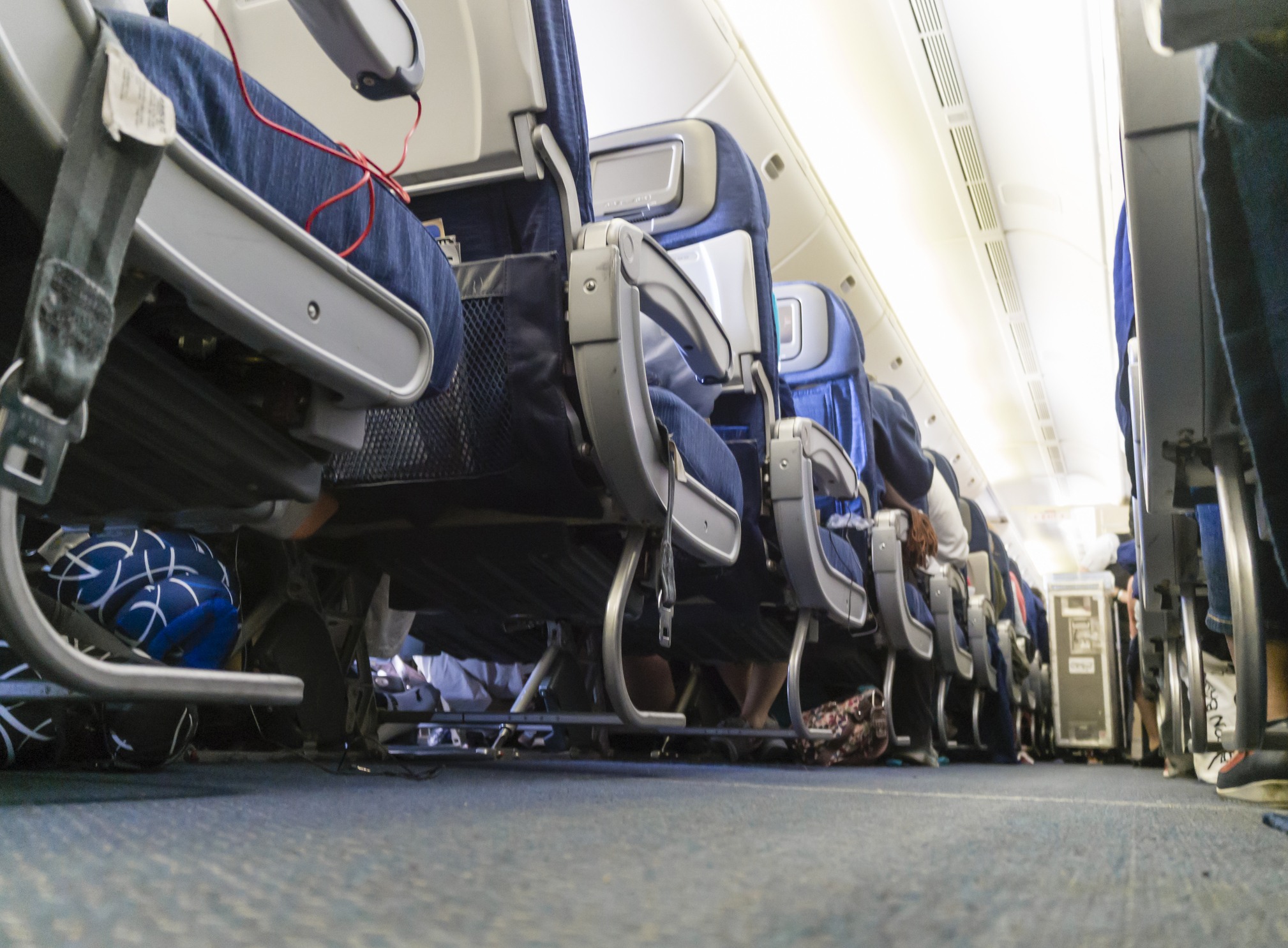 Traveling is stressful and hectic. Sometimes it can be easy to forget to pick up all of your trash prior to deplaning, but remember that someone will have to pick up whatever it is you leave behind.

Media Paka told ABC News that a few of the common items left behind are leftover lunches and cereal (often spilled all over the floor) from families traveling with children.

Next: All the bodily fluids the cleaning crew has to come in contact with

2. The bodily fluids the cleaning crew encounter are disgusting 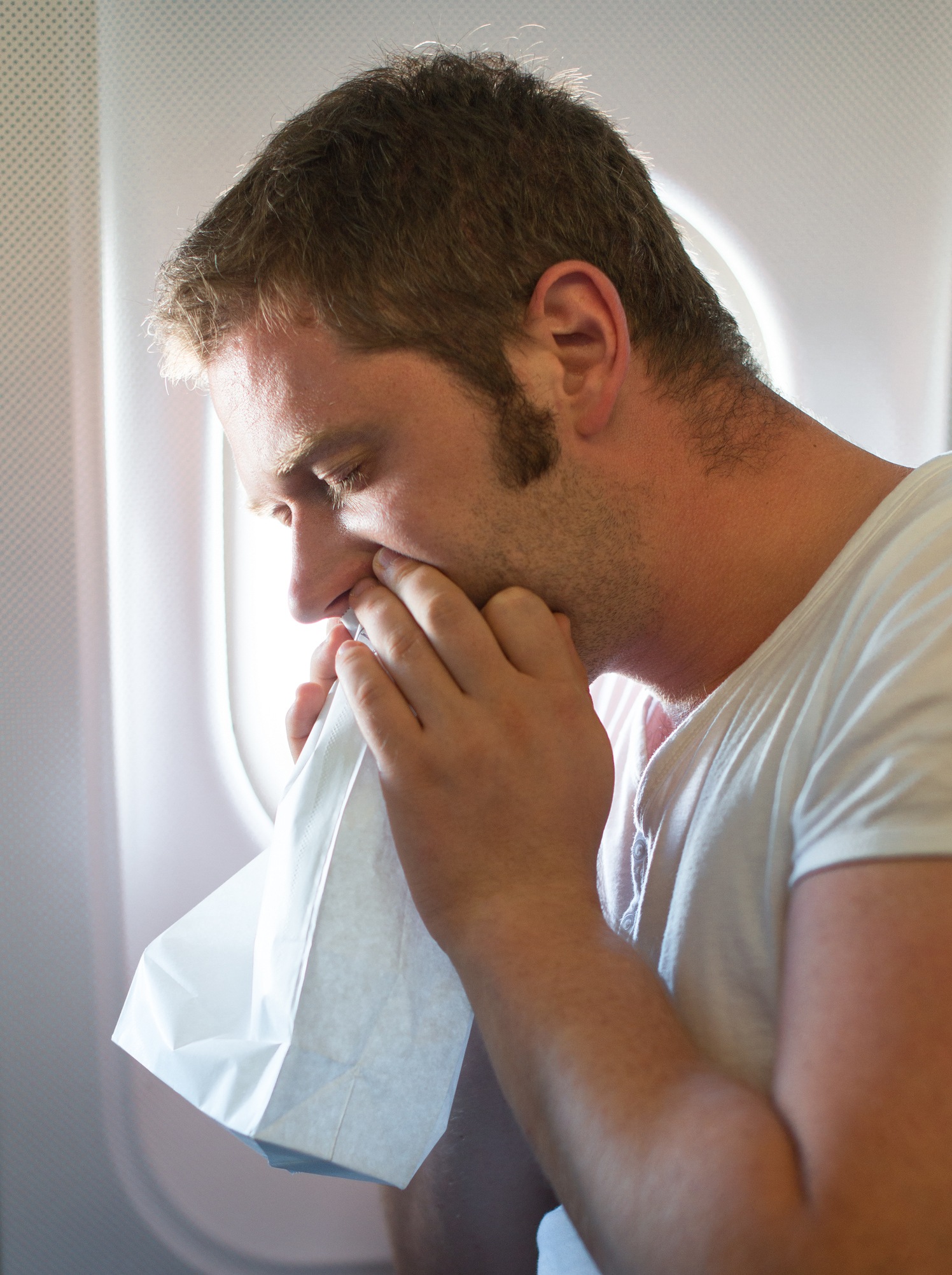 It’s not unusual for the cleaning crew to have to clean up vomit after particularly turbulent flights, but there’s no reason they should have to encounter these other fluids on a regular basis.

“We encounter human feces, sometimes blood, most of the time vomit from passengers that get motion sick,” Joel Castillo, a cabin cleaner for commercial flights through a company called Air Serv, told ABC News.

Next: Their work uniforms don’t protect them. 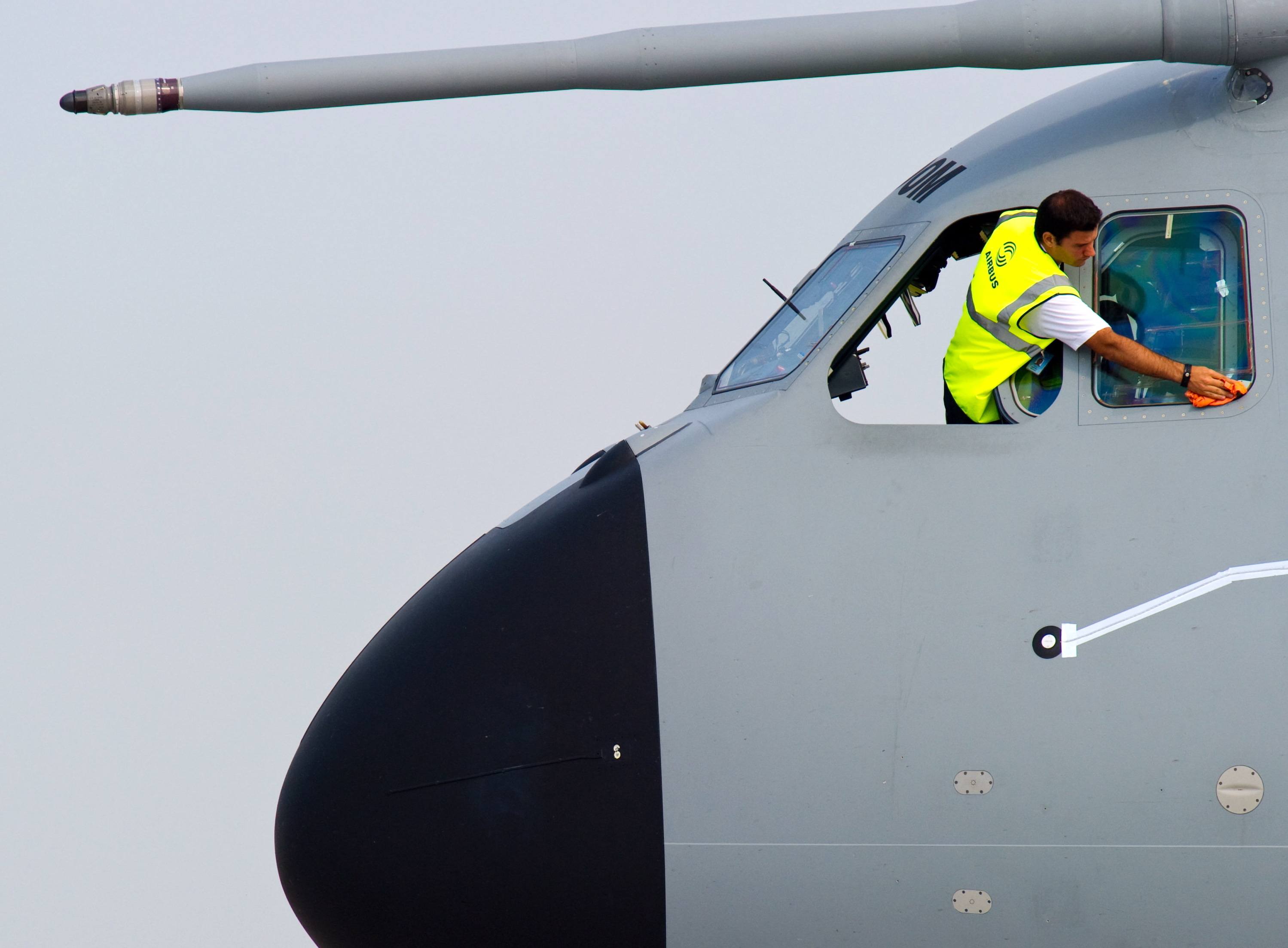 You’d think workers who often need to come in contact with bodily fluids would have highly protective uniforms. Such is not the case for every airplane cleaning crew.

“They give us an orange vest and khaki pants,” said Paka. “But in the winter time, we wear our own jackets so when we pick up the trash all those sodas that people drink inside the plane end up on us.”

Next: Other hazardous materials they’re exposed to 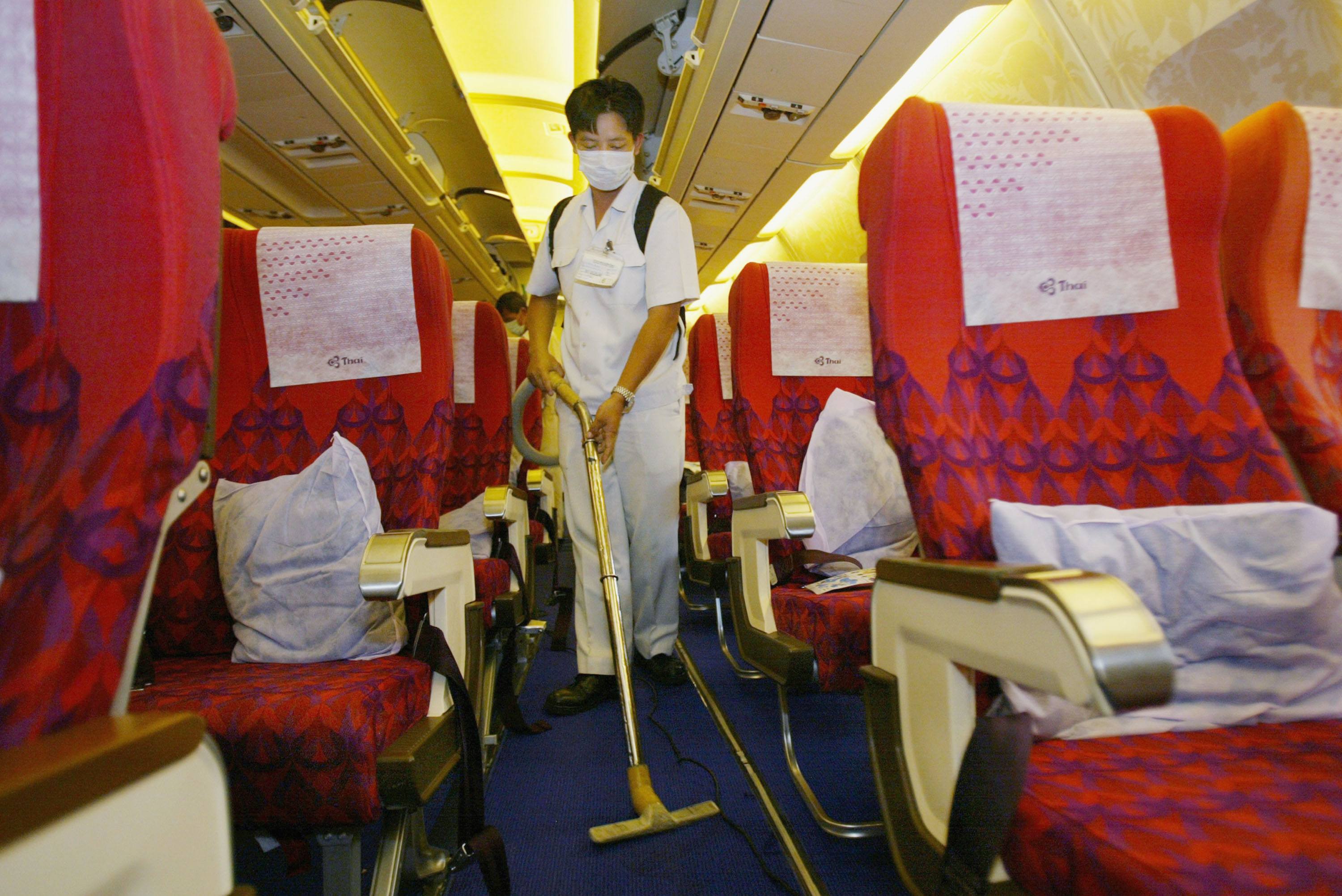 Castillo said he and his coworkers have gotten chemicals on themselves while cleaning aircrafts.

Next: The Ebola scare 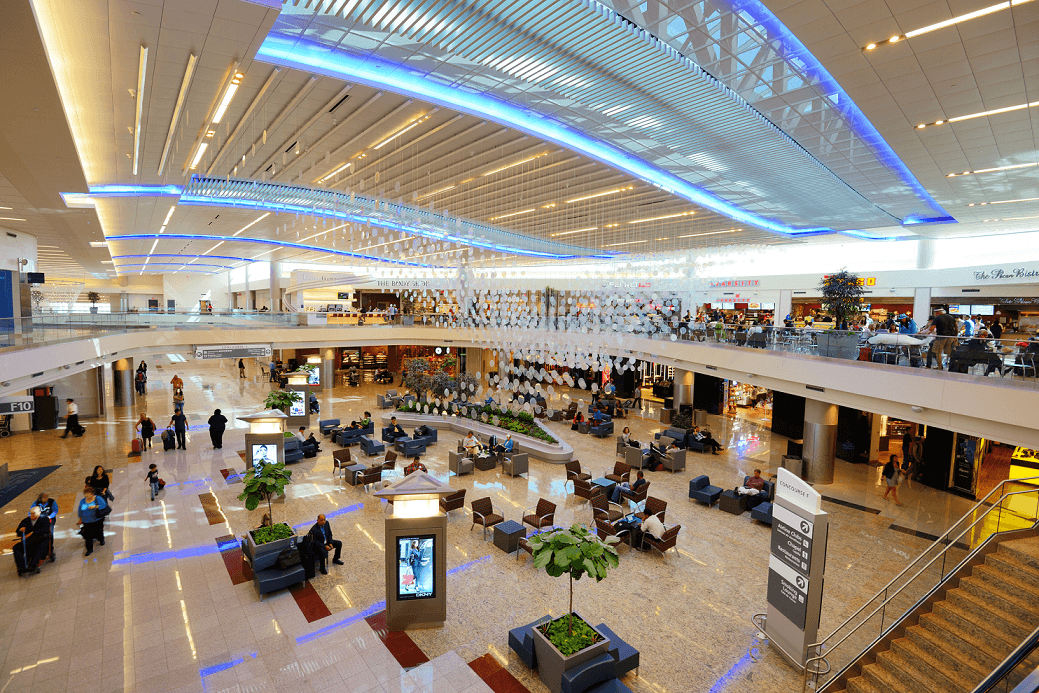 A lot of people pass through those halls. | SeanPavonePhoto/iStock/Getty Images

Back during the Ebola outbreak, airplane cleaning crews were incredibly nervous. They even protested unsanitary conditions and that they didn’t have adequate training to deal with contagious diseases like Ebola. In response to the protests, the union hosted a training day near LaGuardia airport for workers to learn how to clean an airplane with possible Ebola exposure.

Next: Other airport employees who are in danger 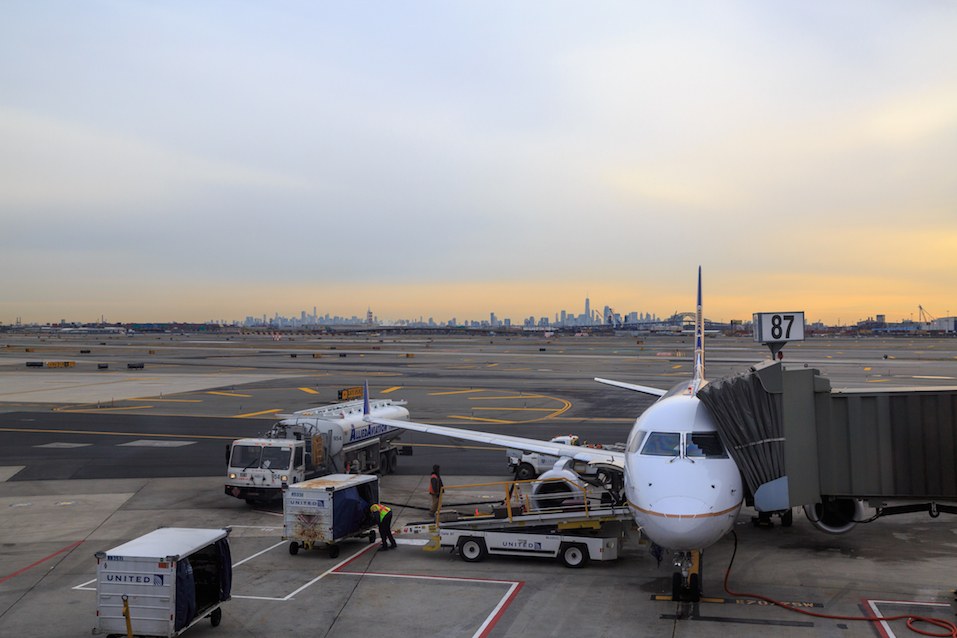 Various cabin workers travel around the airport in vans that are filled with passengers’ trash. Elaine Kim, who represents the workers through the Service Employees International Union, says employees have even been poked with needles they find in seat pockets. She told ABC News that these dangerous conditions are a problem for many contractors that work with airports.

Next: Here’s what you can do 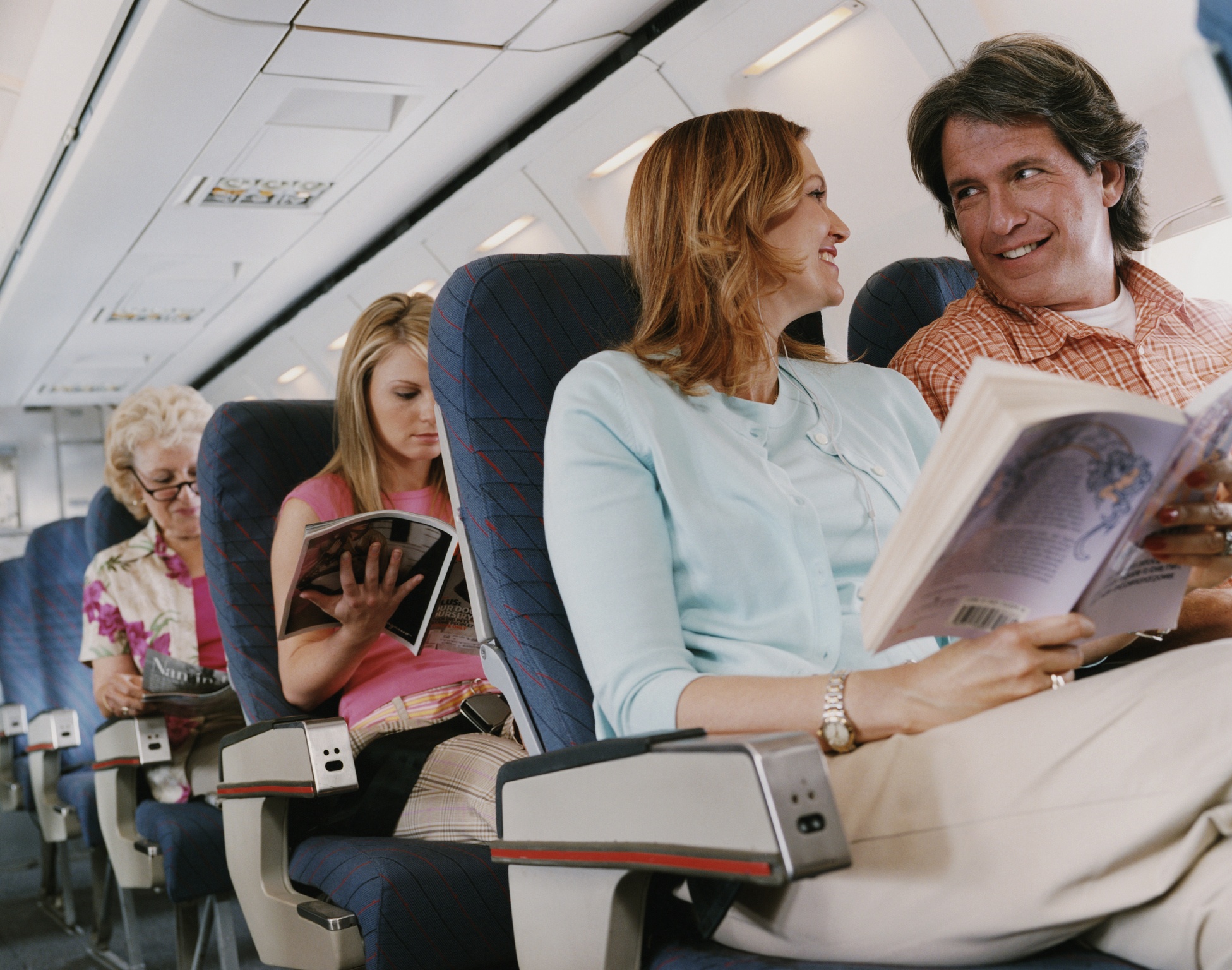 Be respectful and throw out your things. | DigitalVision/iStock/Getty Images

Flight attendants typically do a great job of going around multiple times and asking passengers if they have any trash to throw away. Don’t leave your trash in and around your seat–either give it to a flight attendant or throw it away when you get off the plane. If you get sick or are with someone who gets sick, do you best to clean things up or at least notify someone prior to getting off the plane. It doesn’t take much to simply do your part.