Picnics provide the perfect excuse to indulge in good sandwiches. They’re are also completely customizable, appealing to carnivores and vegans alike. We’re highlighting six hearty sandwich recipes that will prove homemade is always best. Whether you go for lots of meat, enjoy cheese, or like extra veggies on your sandwich, you’ll find a recipe on this list perfect for you. Don’t be intimidated by the idea of traveling with a hot sandwich, either. Just wrap them tightly in foil, and you’re ready to go. 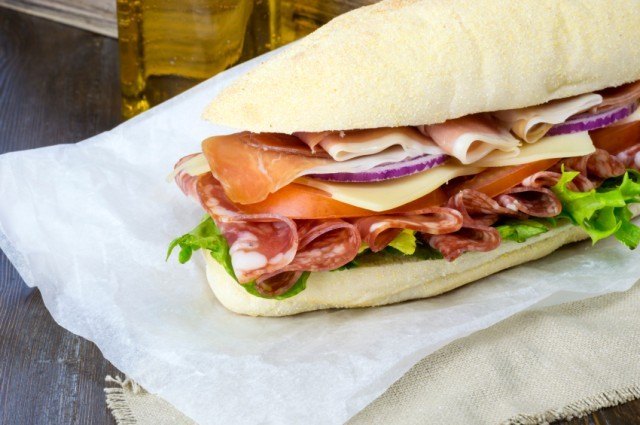 A tried-and-true favorite, these Italian subs from Food Network are packed with flavor. This hoagie is all about the meat as it’s packed with salami, ham, mortadella, and capicola. Provolone cheese also makes the cut, along with lettuce, tomatoes, onions, and dressing. You’ll never buy an Italian sub again.

Directions: Split the bread lengthwise, then pull out some of the bread from the inside. Drizzle 2 tablespoons each vinegar and olive oil on the bottom half. Season with salt and pepper.

Layer the cheese and meat on the bottom half of the bread. Drain the onion and pat dry. Top the meat with the onion, lettuce, pepperoncini, and tomatoes. Drizzle with 2 tablespoons each vinegar and olive oil and sprinkle with the oregano. Season generously with salt and pepper.

Drizzle the cut side of the bread top with the remaining 1 tablespoon each vinegar and olive oil, then place on top of the sandwich. Cut into four pieces. 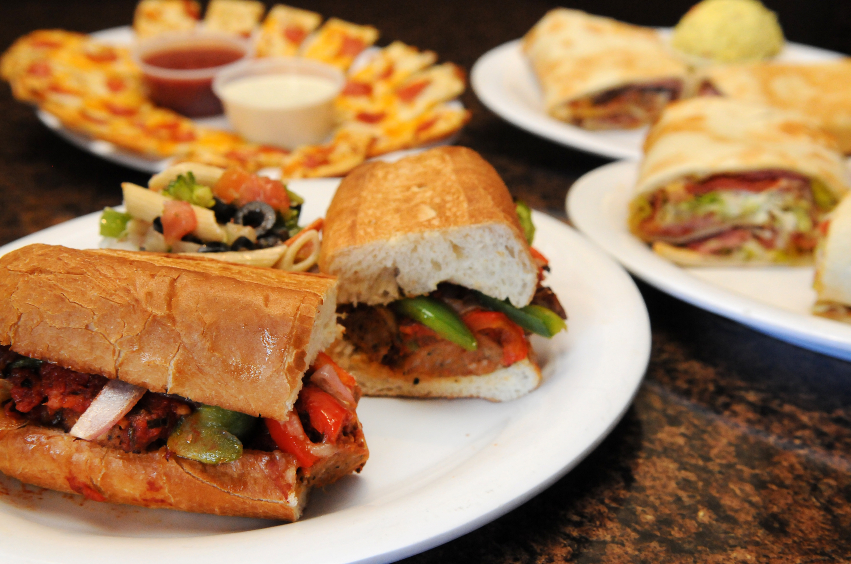 One serving of this hearty sandwich from Martha Stewart has fewer than 400 calories, so it’s a great option for those watching their weight. And you need only a handful of ingredients. Better yet, this meal will only take you 20 minutes of your time.

Directions: In a large skillet, heat 1 tablespoon oil over medium high. Add onions and peppers; cook, stirring occasionally, until beginning to brown, about 7 minutes. Season with salt and pepper and add ¾ cup water; cover and simmer 3 minutes. Uncover and cook, stirring occasionally, until vegetables are soft and liquid has evaporated, 2 minutes. Cover and refrigerate 1 cup onion-pepper mixture for later use.

Meanwhile, heat 1 teaspoon oil in a small skillet over medium. Add sausages and cook, turning occasionally, until browned and cooked through, 10 to 12 minutes. Place sausages and vegetables on bread and top with mustard, if desired.

Vegetarians can enjoy hoagies, too, and this roasted veggie version from Jersey Girl Cooks proves it. What the hearty sandwich lacks in meat, it makes up for in veggies, including eggplant, squash, mushrooms, and red peppers. You’ll roast your veggies for 40 to 50 minutes before layering them on rolls with cheese. Even meat-eaters will love these healthy sandwiches.

Directions: Preheat oven to 400 degrees Fahrenheit. In a large bowl combine vegetables with garlic, Italian seasoning, basil and a drizzle of olive oil. Mix well and season with salt and red pepper. Roast veggies for 40 to 50 minutes, or until they are soft and browned. Split the rolls and fill them with the vegetable mixture. Top with cheese, then transfer to oven for several minutes, until cheese melts. Close sandwiches and serve. 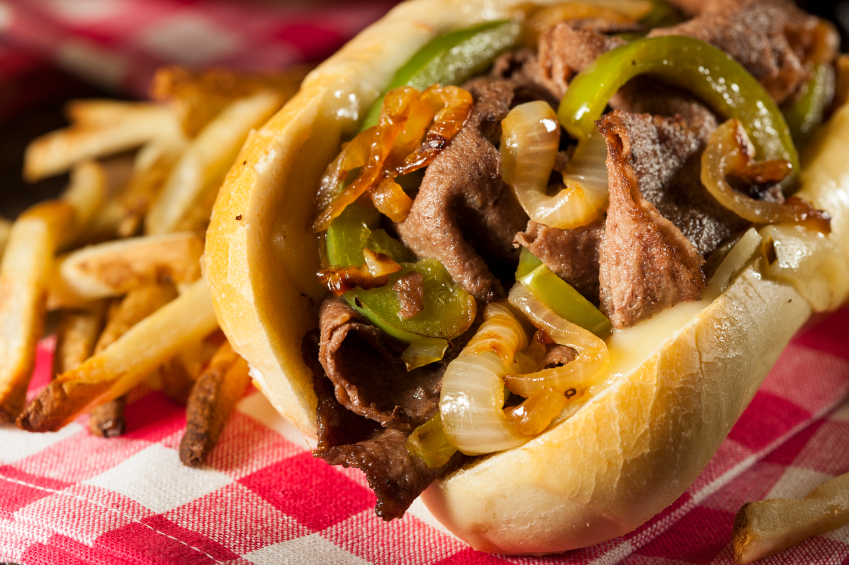 You don’t need to travel to the City of Brotherly Love to get your cheesesteak fix. Make your own at home with this recipe from Chowhound. The sandwiches are all about the steak, sautéed onions, and cheese. Aside from those key ingredients, you can load as many or as few vegetables on your sandwich as you like.

Directions: Trim off any excess fat from the steak and cut it against the grain into very thin slices; set aside.

Heat the oil in a large frying pan over medium-high heat until shimmering. Add the bell pepper, if using, and the onion. Season with salt and pepper and cook, stirring occasionally, until softened and starting to brown, about 5 minutes. If you’re using the mushrooms, push the peppers and onions to one side, add the mushrooms to the pan, and cook, stirring very occasionally, until browned, about 7 to 10 minutes. Stir to combine with the peppers and onions.

Push all of the vegetables to one side of the pan, add the sliced steak in a single layer, and season with salt and pepper. Cook, stirring occasionally, until the meat is no longer pink, about 3 minutes. Reduce the heat to low.

Divide the steak into 2 piles roughly the size of the hoagie rolls. Place half of the vegetables on top of each steak portion. Lay half of the cheese over each portion of steak and vegetables. Cover the pan with a tight-fitting lid, and let cook undisturbed until the cheese has melted, about 3 to 4 minutes. Using a flat spatula, scoop each pile into a roll and serve immediately.

Transform your favorite bar snack into a sandwich with this buffalo chicken hoagie from Katie Lee of Food Network. This recipe feeds a crowd, yielding 10 to 12 servings, and it’ll only take 10 minutes of your time thanks to the some rotisserie chicken. Bring these to your next picnic to score serious praise.

Put the hot sauce and butter in a small skillet and heat until melted and combined. Let cool slightly, then pour over the shredded chicken in a medium bowl and toss to coat completely.