Secrets to Cooking the Perfect Steak Every Time

Few meals are more satisfying than a juicy steak from one of your favorite restaurants. While it’s a nice treat from time to time, making that meal a regular habit will do some serious damage to your bank account. The next time you’re craving a piece of red meat, skip the reservation and cook it at home instead. You’ll save a ton of money, plus you can skip the stuffy dress shirt. Don’t sweat it if you’re new to cooking or feel intimidated by a 2-inch-thick rib eye, because we’ve rounded up six tips to help you out. With a little bit of know-how, you can make something every bit as good as your regular order from the steakhouse. 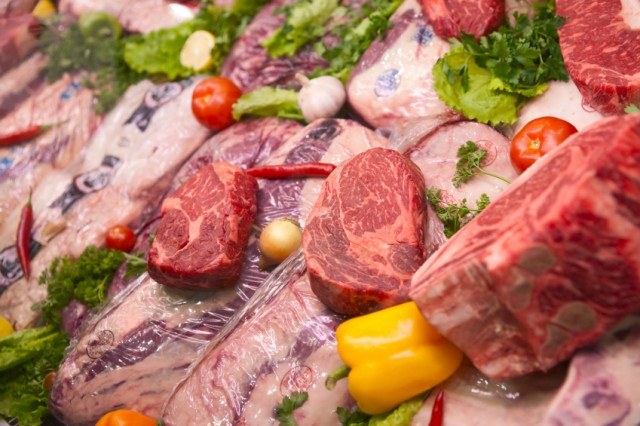 Before you automatically go for the priciest piece of meat, give a little bit of thought to what you’re making. Different cuts of meat are suited for different preparations, so your pick for a stand-alone steak will likely be different than something that’s going to end up in tacos. If you’re unsure of what you want to make, then let your budget be your guide. Serious Eats highlighted its favorite high-end cuts as well as the best choices for limited finances. You’ll pay top dollar for porterhouse and strip, but the flavor payoff is pretty impressive. Since these pricey cuts are such high quality, Thrillist explained you really don’t want to add much more than salt and pepper to let them sing.

Cooking steak when you have limited financial resources is also completely doable. Using a marinade or rub is a great way to add tons of flavor to something less expensive. Food Network recommended tri-tip for marinades thanks to its fibrous structure, which soaks up the liquid. Thinner cuts like flank and skirt are ideal ways to show off a rub since they’ll cook before the spices have a chance to burn. No matter what kind of steak you get, make sure you trust your source. Go for a butcher or store that specializes in meat, because they’ll have the best quality and offer the best advice. 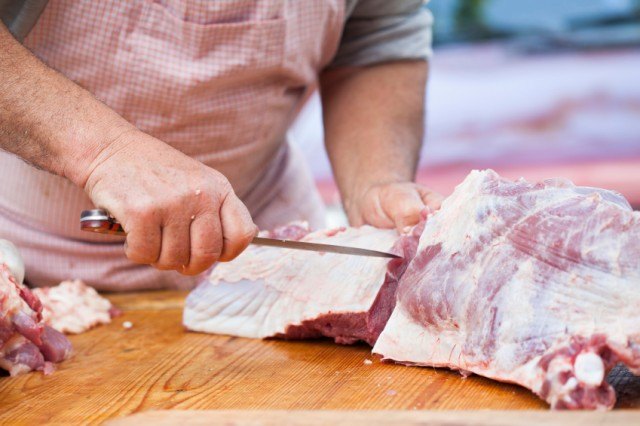 If you’re opting for something like skirt steak, then you don’t have any control over thickness. But if you’re shelling out extra money for something high-end, be picky about how it’s cut. The Washington Post said to avoid anything thinner than 1 inch, because it’s just too easy to overcook. The article also suggested steering clear of something pre-packaged, because the containers usually prevent you from seeing how thick the steaks are.

You may need to venture away from your regular grocery store when buying your beef. AmazingRibs.com said you’ll likely have to get your meat cut specially by a butcher, because most supermarkets don’t sell steaks that are more than 1-inch thick. Wherever you go, just be sure all the meat is uniform. It’s hard enough trying to sear multiple steaks at the same time, so don’t make it harder on yourself by ending up with a bunch of different sizes that cook at different rates.

3. Let it come to room temperature

There’s some debate about letting meat sit at room temperature before cooking, but plenty of pros recommend taking the extra step. Chef Bobby Flay told Food Network he removes steak the fridge 20 minutes before starting, because it will cook more evenly than something that’s super cold. You’ll also be rewarded with a tastier finished product if you let the meat warm up a bit. Chicago chef Rob Levitt told Bon Appétit going straight from the refrigerator to the grill means you’ll end up with mostly gray meat, and just a tiny bit of the delicious, rosy interior.

If you’re worried about food safety, don’t be. Chef Michael Symon told cleveland.com that solid muscle masses, like steaks and chops, are perfectly safe sitting out at room temperature for up to one hour. Just be sure that you leave them in a clean area, and disinfect the surface afterwards.

Many people say that searing is vital to trapping juices inside of steak, but that isn’t exactly true. The important thing to note about searing is that it leads to the most flavorful end product. CT Bites explained the Maillard reaction creates browning when meat is heated at a high temperature. Before you start cooking, though, be sure to pat the meat dry, because excess moisture can impede the reaction. Also, don’t forget to hit it with plenty of salt before you begin. No steak will be very tasty without proper seasoning.

However you plan to cook, you need to be sure the beef is hitting a hot surface. Serious Eats suggested going with a cast-iron pan since it holds heat extremely well. The article also said it should be smoking hot before you start cooking. If grilling is more your style, you still need to make sure that you have an extremely hot surface. Bon Appétit said you should only be able to hold your hand 2 inches above the coals for two seconds. 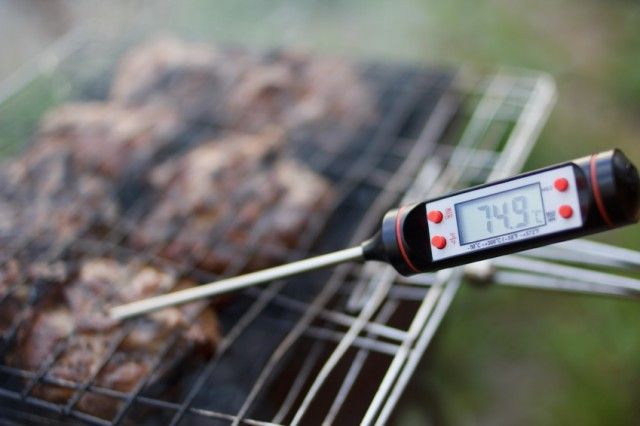 For most people, getting the proper temperature is the toughest part of making a steak. Overcooking leads to dried out meat, and anything too rare can have an unpleasantly chewy texture. The Kitchn outlined a touch test that many professional cooks use to judge whether the beef has reached medium rare. As the steak cooks, you can give it an occasional poke to monitor the firmness.

Truthfully, the best method is to buy a good thermometer. Serious Eats recommended buying an instant-read version for the most reliable results. A medium-rare steak will register around 130 degrees Fahrenheit. It might not look as cool as being able to judge with a simple touch, but you can be sure the thermometer won’t lie. 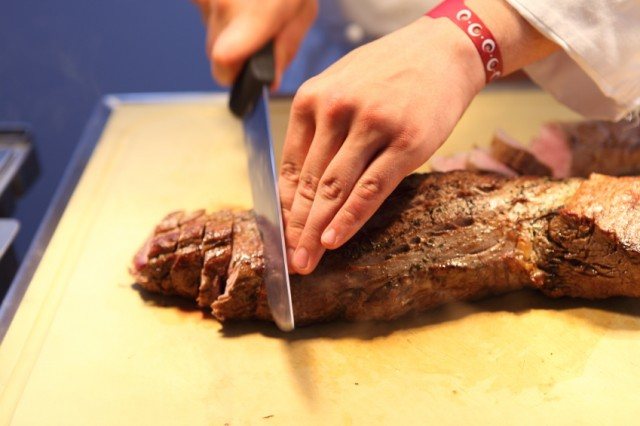 After all the time and effort that went into cooking your steak, you want to avoid cutting the meat right after it comes off the heat. According to Food & Wine, you should let the steak rest in a warm area for about half the amount of time it took to cook so the juices can redistribute. Slicing while it’s too hot causes the moisture to run out, leaving you with a dry piece of meat. So be patient, and you’ll be thrilled with the results.