A meal out is a chance to get out of the kitchen, enjoy some delicious food, and spend time with friends or family. But before you can settle in for a delicious dinner, you need to get past the restaurant’s gatekeeper: the host. The person with a clipboard might seem like nothing more than an obstacle between you and a full stomach, but in truth, their job is way more complicated than you realize. From why you can’t sit at that empty table to whether bribes really work, here are 16 secrets your restaurant host wishes you knew. 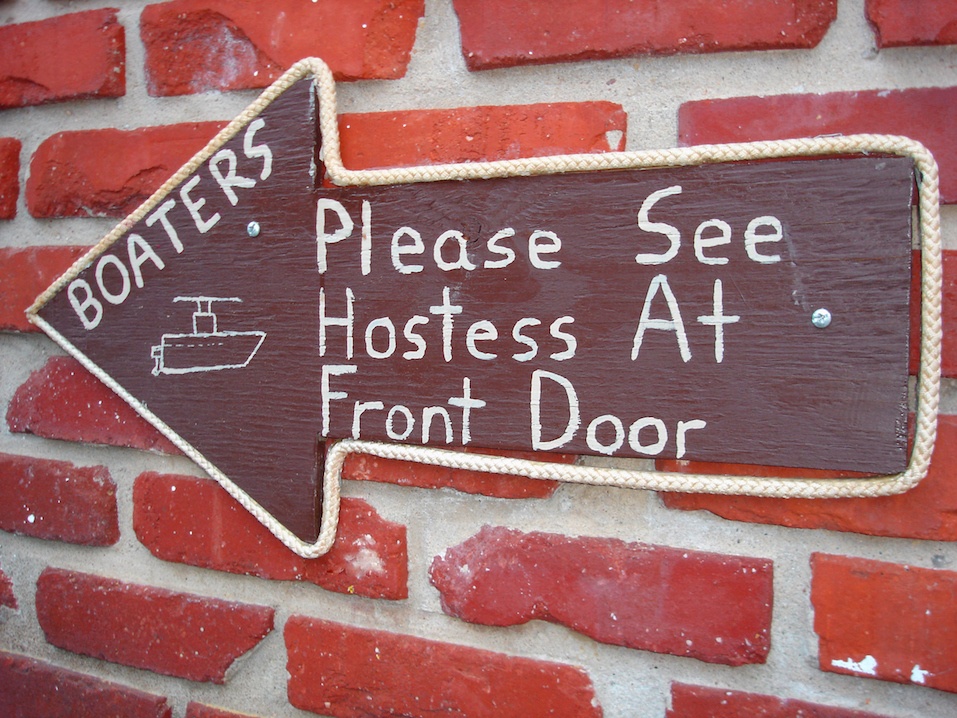 You’d be surprised at the number of people who ignore the “please wait to be seated” sign. If there’s a hostess, be patient and wait for her to show you to a table. You break the rules at your own peril.

“I’m a hostess at a restaurant, and if you seat yourself, I won’t give you a menu or silverware, and I’ll tell your waiter to take their time getting to you,” a person using the Whisper app confessed.

2. They’re not wizards who can precisely control the wait time

People wait for a table at a restaurant in Washington, D.C. | Olivier Douliery/AFP/Getty Images

You show up at a restaurant at 7 p.m. on a Saturday, and the host tells you there’s a one-hour wait for a table. That’s a ballpark estimate, not a set-in-stone number. When a table will actually become available depends on a number of factors, such as how many other people are in line before you (and whether some of them get fed up and leave without being seated), the size of your party, and especially how long it takes other diners to finish up their meal.

“Sometimes, parties that have finished eating and paid will stay at their tables chatting for significant periods of time afterward. Although this seems harmless from the customer perspective, it makes it very difficult for the host, because it prevents us from seating other parties in a timely manner,” wrote one restaurant hostess.

3. You can’t sit at any empty table

Don’t assume you can sit at any empty table. | Fred Dufour/AFP/Getty Images

Yes, there’s an entire section of the restaurant that’s completely empty. No, you can’t sit there. There’s a fine art to seating madness people who aren’t hostesses rarely understand. Few servers might be on staff, which is why one part of the restaurant is closed. A big party could have a reservation 30 minutes from now, and the tables are being held. Or the host needs to spread out the customers, so servers aren’t swamped or sitting around twiddling their thumbs.

“They don’t just spin around in a circle and point. Hostesses have to map out the seating arrangements so that servers have a fair share of tables, but can also handle the workload,” Thrillist explained. “When it’s slow, they’ve gotta spread the love across sections. And when it’s busy, they’ve gotta make sure they’re not overbooking one unfortunate waiter.” 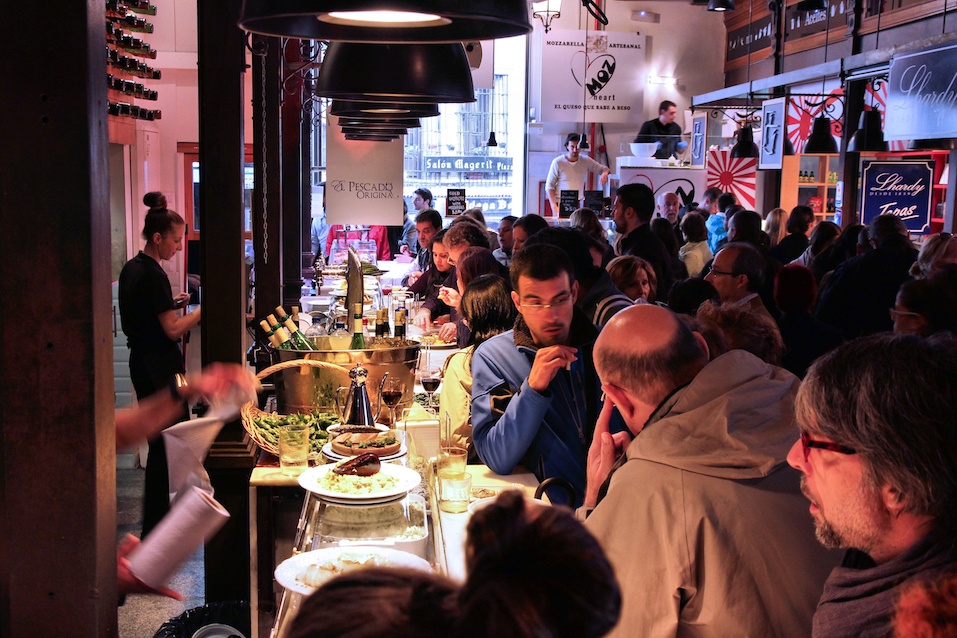 Once you’ve put your name in for a table, step away from the hostess stand. Hovering near the podium or constantly asking the host for an update on the wait time are annoying. Worse, your effort to get noticed could backfire.

“It will definitely not ingratiate you to your hostess,” Jennifer Freedman, who has worked at restaurants in Portland and New York City, told Woman’s Day. “A lot of people think if they’re pushy and kind of bully the hostess that they’re going to get something faster. But they’re just going to get the hostess frustrated.”

5. They do way more than you realize 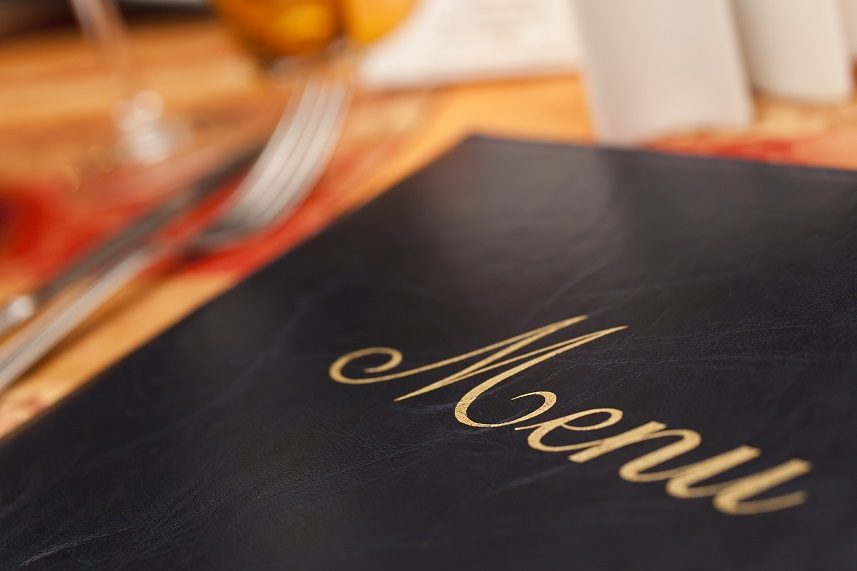 Depending on the restaurant, the hostess might explain menu items or do other tasks besides seating people. | iStock.com/dmbaker

The host’s job isn’t just to smile when you come in and guide you to your seat. Depending on where they work, they could be doing a lot more, including explaining meal specials, fetching Cokes, and rearranging tables.

“On any given day I may have to run several servers’ drinks, bus tables, do table touches if the manager is busy, put together a to-go order, etc. None of those are really a big deal (I don’t mind helping at all), but it’s not just f****** around at the host stand all the time like some people think,” wrote Reddit user N4U534. 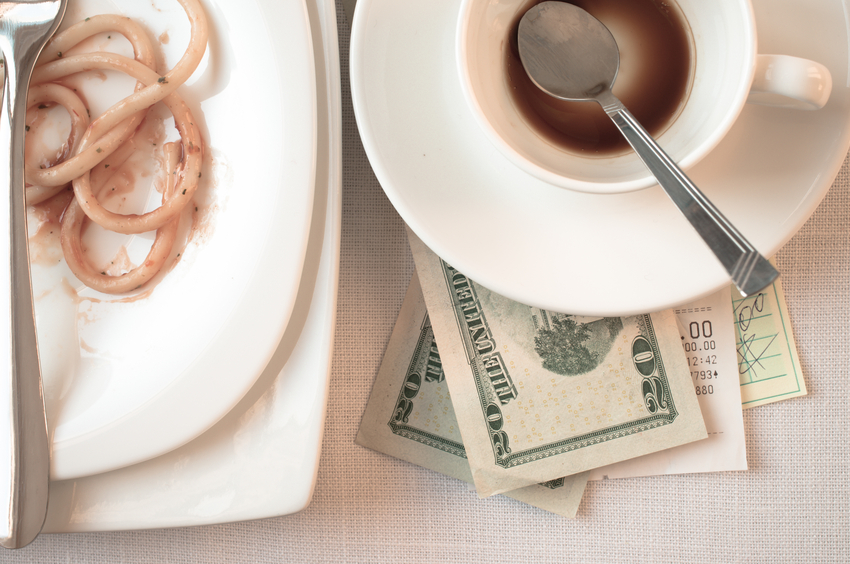 Not only is your host’s job more complicated than you realize, but there’s a good chance they’re not getting any tips. Although many restaurants require servers to share a percentage of the gratuities they earn with other staff who help them with their jobs, hosts aren’t always included. Some earn only minimum wage, while others might get a little extra from the waitstaff — but only at the server’s discretion.

Bribing the host could get you a better table. | Mark Wilson/Getty Images

“If all else fails, tip us,” hostess Robin Epley wrote for The Bustle. “[T]he few times I’ve been given a little something extra, I moved heaven and hell to get that person what they wanted. Ten bucks goes a long way, but I’ve been given as much as $20 for bagging a special table. And every time that guy came back, guess who got his favorite spot?”

Not every hostess will accept your bribe, though, and some might even be offended it was offered. If you’re going to try this trick, be prepared for it not to work, Chowhound explained.

8. If you seem like trouble, you’ll get a bad server 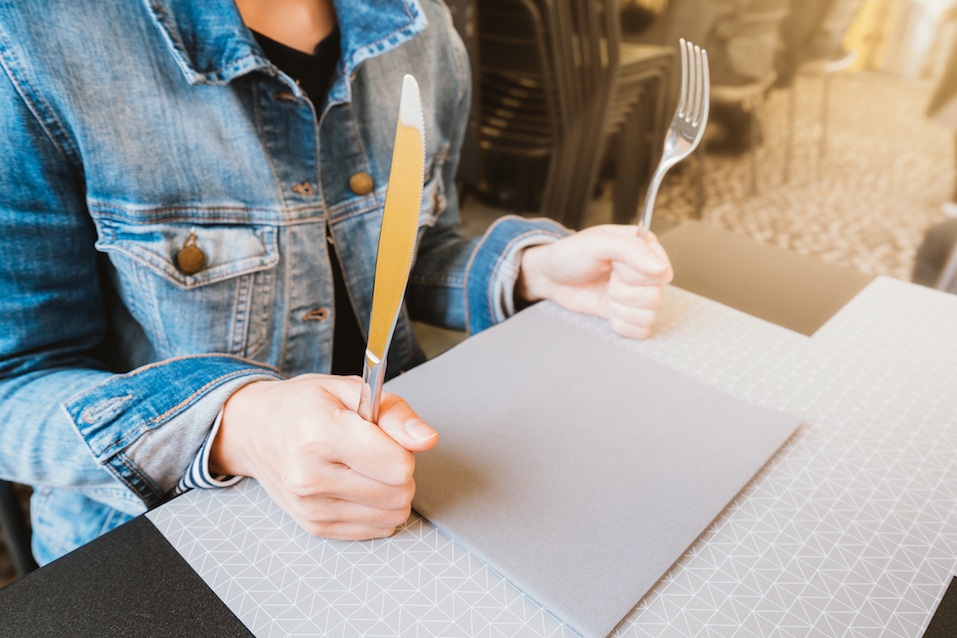 Difficult customers might get paired with bad servers. | iStock.com/beer5020

Nasty customers and nasty servers belong together, at least in the eyes of some restaurant hostesses. If a server frustrates a hostess, she might stick him with a less-desirable table of customers.

“I will [stick bad customers with my least favorite server], and I don’t feel bad about it. The other day this one server yelled at me about her section (something I don’t even control), so I sat her a party with an infant, a toddler, a grandma, and the adult daughter. Of course her tip was gonna be horrible,” explained an Olive Garden server in this Reddit AMA. “If I like a server I give them the golden treatment. … I’ll seat them with really good parties.”

9. Your terrible table is no accident 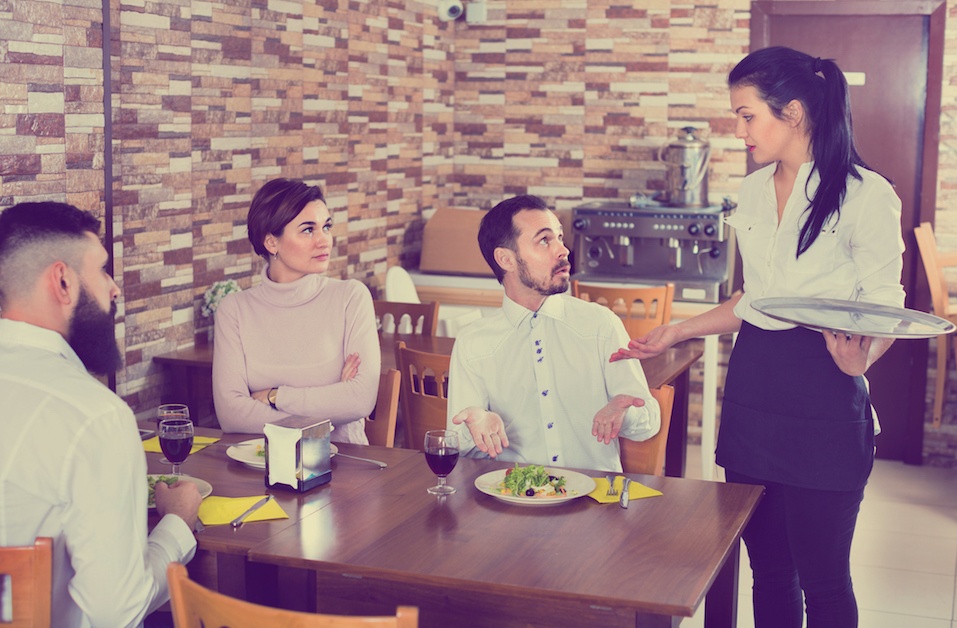 A displeased client talks with a manager in a restaurant. | iStock.com/JackF

Sometimes bad luck sticks you at a terrible table. But often there’s a reason you’re sitting right next to the restroom or behind a table of screaming kids: You were rude to the hostess, and she’s punishing you.

“If you’re impatient during an especially busy time, you can expect the same lack of mercy returned. Either by way of seating your party directly beneath a frosty A/C vent or immediately adjacent to a toddler’s birthday party,” former hostess Beca Grimm wrote in an article for The Bustle. “However, if you’re chill about demanding attention when the joint is clearly slammed, the hostess will notice and reward you accordingly, if at all possible.” 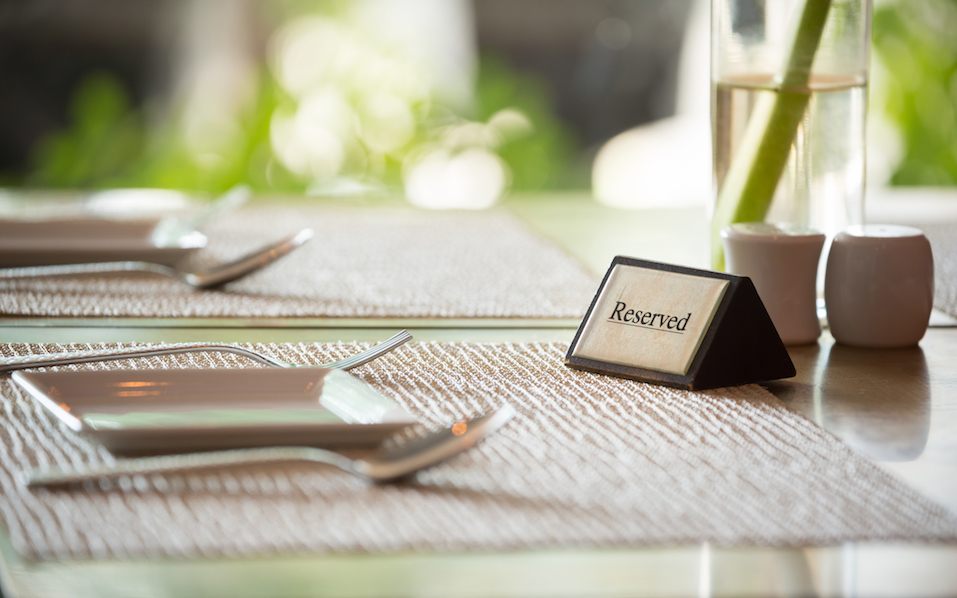 Be courteous, and cancel your reservation. | iStock.com/WichitS

When your plans for the evening change, don’t forget to cancel your dinner reservation. If a host knows a party of four with a reservation isn’t going to show up, they can give your table to another group, which means more money for the restaurant, especially if you’re part of a large group.

“Canceling a reservation just 15 minutes before it was scheduled will offer an extra half hour or more in which the host(ess) can give that table to other guests (the 15 minutes before the reservation plus the 15 or so they would hold it hoping you’ll show up late). That can easily mean another turn (that’s restaurant-speak for ‘use by a customer’) out of that table for the night,” Eater explained.

11. Fudging the numbers on your reservation is a big no-no 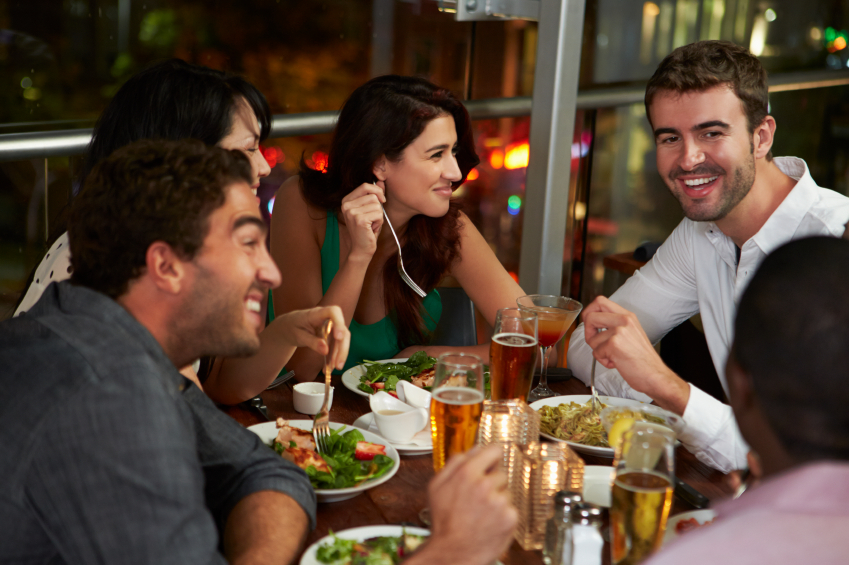 Really want to make a restaurant host see red? Make a reservation for dinner for four, and then show up with six or eight people. Although you might think it’s no big deal to squeeze in a couple of extra seats, the restaurant doesn’t see it that way. Adding seats is harder than it looks, and a bigger-than-expected group can throw off seating arrangements throughout the restaurant.

On the flip side, if your group shrinks, call in advance to let the host know, so they can free up those spots for other customers. 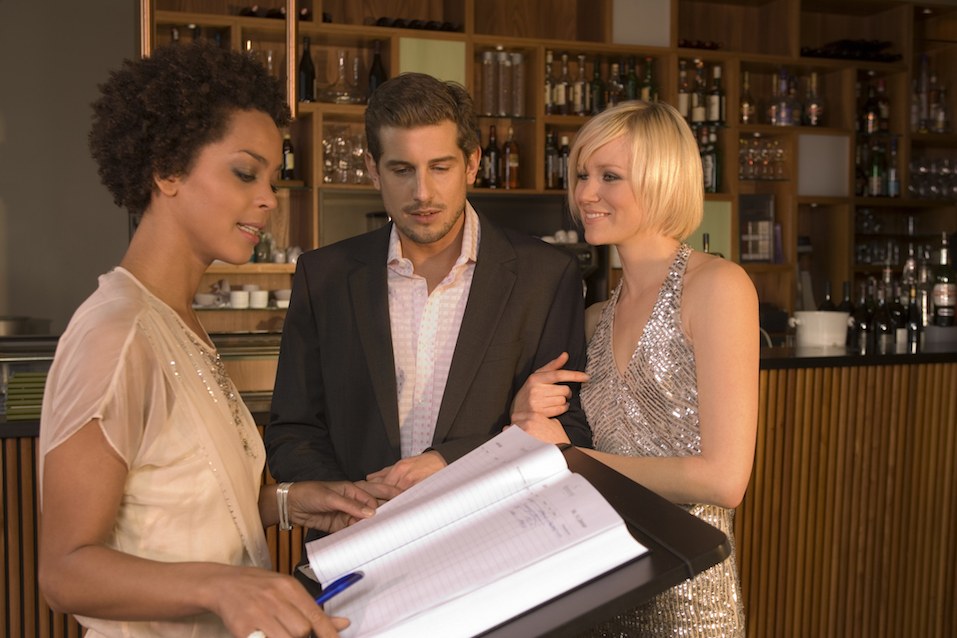 Don’t demand a better table as you’re being seated. | iStock.com/FlairImages

So you want to sit in a booth, by the window, or on the patio with a view of the water? Well, so does everyone else. If you absolutely must have a particular type of table, let your hostess know when you arrive or make your reservation, not when they’re already walking you to your seat. With advance notice they might be able to accommodate you. But if you demand a new table as they’re seating you, you’ll make life much more difficult for the hostess and the server. And they might not be able to switch tables at all.

“It never hurts to ask. And the more time you give them to find/vacate a great table, the more likely you’ll snag prime real estate. Tell them you are willing to wait for a better table,” James Oliver Curry wrote for Epicurious.

13. There’s a reason they make you wait for your entire party

The restaurant wants to make sure your entire party will show up. | Tim Boyle/Getty Images

A host will often refuse to seat customers until everyone has arrived. That might seem annoying to diners, but there’s a logic to the decision, Eater explained.

“[P]eople are amazingly flaky, and restaurants lose tons of money because of it. If a restaurant seats your party at a four-top, and the other half of your double date decides not to show, they’ve now left two seats empty for the next two-plus hours.” 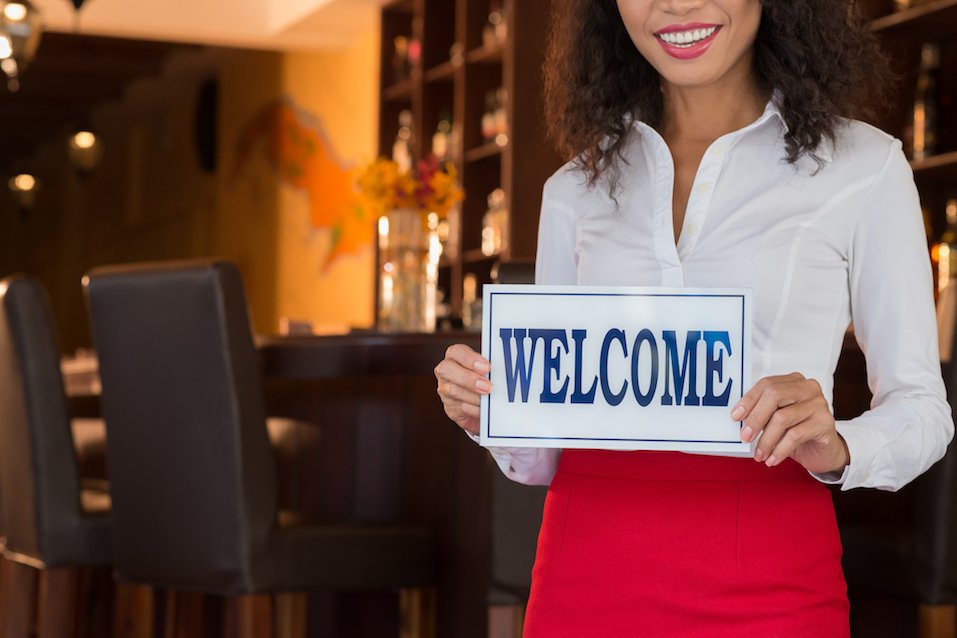 As with most other things in life, a little kindness goes a long way. Being polite to the host or hostess makes their day more pleasant, and it increases you chances of have a good experience.

“I am a hostess at a restaurant,” one person said on the Whisper app. “When I greet guests, I expect a hello back. I do not want you to silently hold up fingers of however many there are of you.”

15. They’re not there to take your order 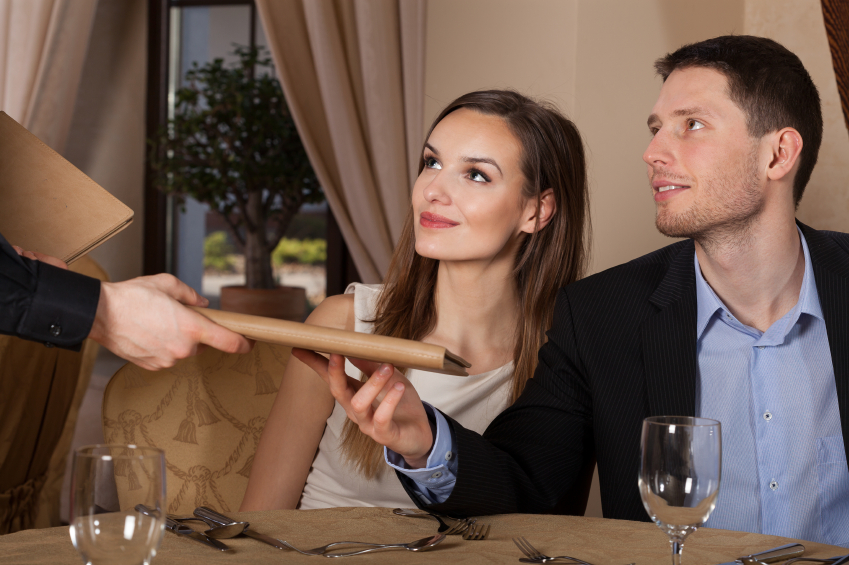 The host might give your your menu, but it’s not their job to take your order. | iStock.com

The host isn’t your server. Unless she specifically asks what you’d like to eat or drink, don’t try to place your order with the host when you sit down. Instead, wait for your server to show up.

“Am I carrying a note pad? Did I ask what you wanted to drink? Was I very clearly at the hostess stand and not taking orders when you showed up? I AM NOT A WAITRESS. Please stop trying to order from me,” hostess Tori Weber wrote in an article for Spoon University. 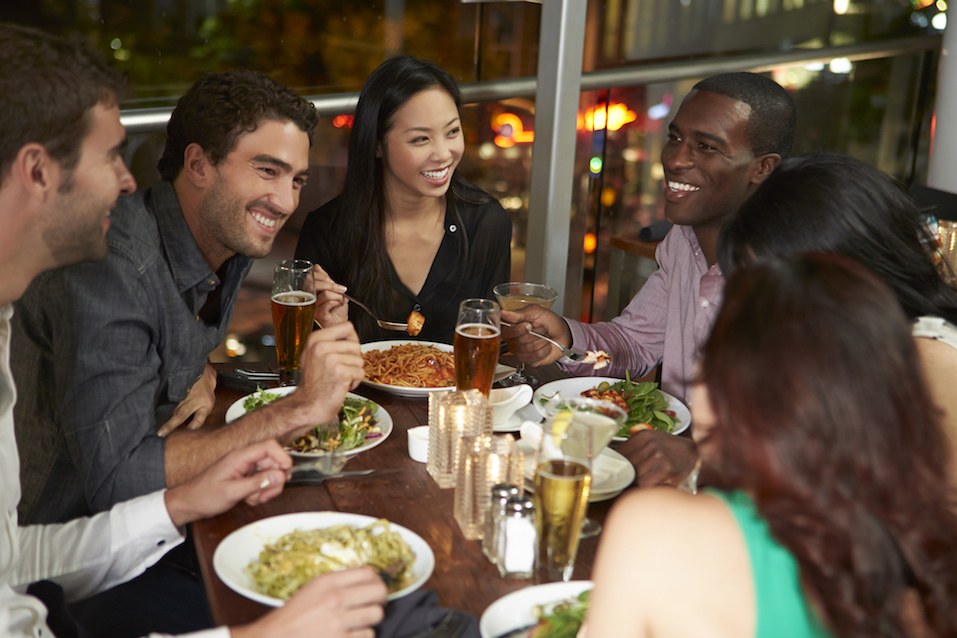 The host knows what’s going on in all corners of the restaurant. | iStock.com/bowdenimages

To the untrained eye, hosting looks like the easiest job in the restaurant. Your host would disagree. A competent, professional hostess keeps everything in the restaurant running smoothly. And without him or her, things would quickly fall apart.

“The host controls the entire flow of the restaurant and needs to know what is going on in the restaurant at all times,” chef David Myers told Inc. “On the busiest of nights when 300 people come through the door, decisions must be made under pressure to accommodate each guest, ensuring that they have a phenomenal experience with us.”