The Shocking History Behind the Trump-Kim Summit Location, Revealed

When Donald Trump and Kim Jong Un get together for a historic summit between the United States and North Korea, they won’t meet at any old coffee shop. (And not just because Donald Trump doesn’t drink coffee.) Instead, a five-star hotel in Singapore will host the summit. The chosen location isn’t without symbolism — or without a surprising history.

Read on to learn the most shocking facts about the hotel that will host the summit between Donald Trump and Kim Jong Un.

8. The Trump administration chose a five-star hotel for the summit 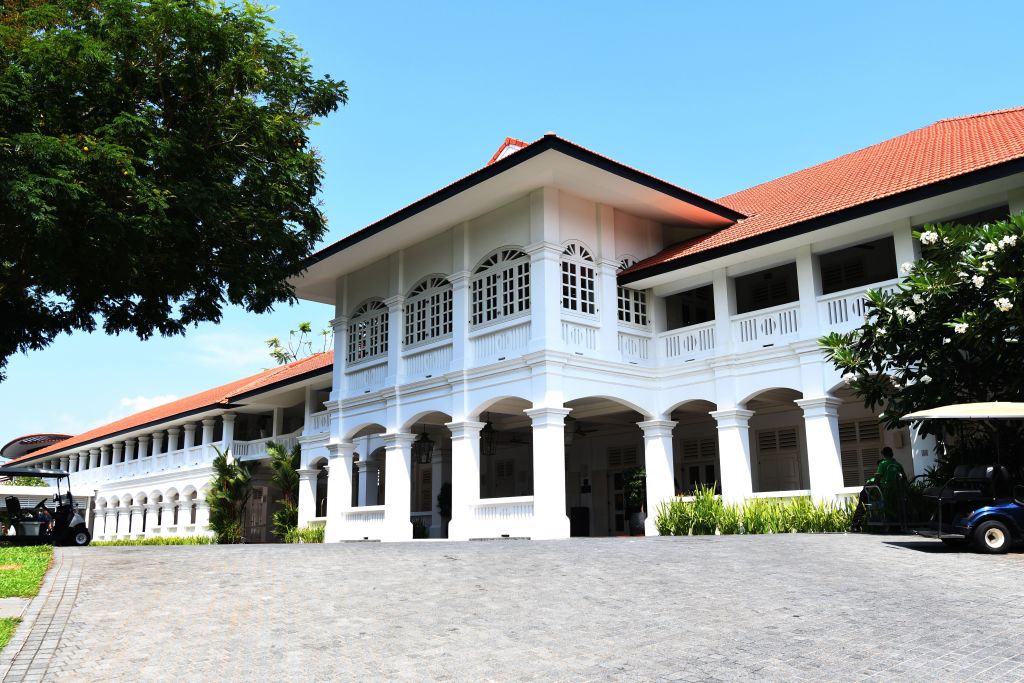 The Trump administration chose the five-star Capella Hotel on Singapore’s Sentosa Island, a smaller island off Singapore’s main island, to host the summit. The hotel grounds are located on the island’s coast. According to the White House, Singapore made the cut because of its status as “one of very few countries” to have diplomatic relations with both the United States and North Korea. Additionally, the island’s location makes it a secure venue for the summit, since authorities can easily control access to the island.

Next: Several of the hotel’s buildings have a long history.

7. Multiple buildings at the hotel were built in the 1880s for the British military 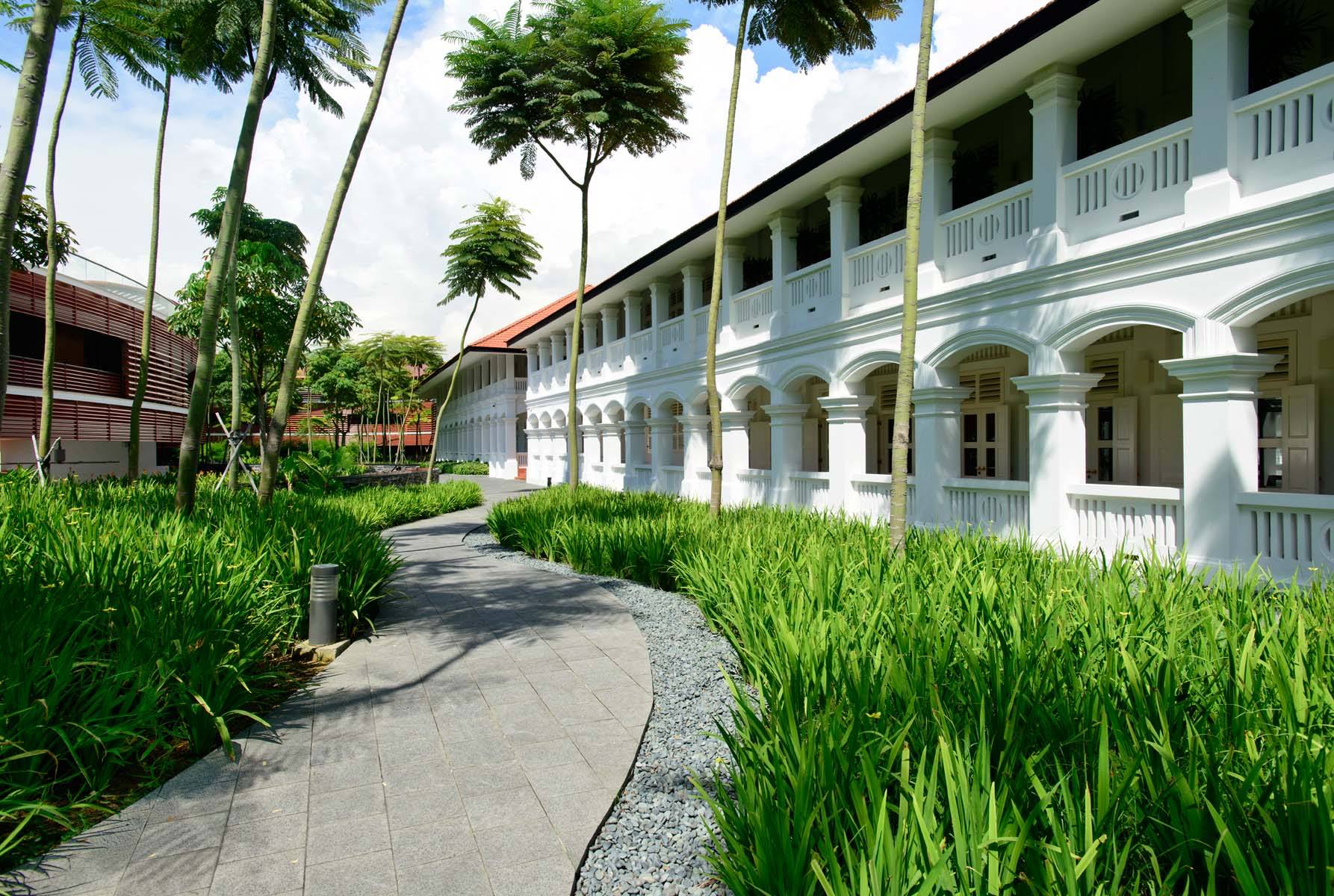 CNN reports that multiple buildings at the hotel date to the 1880s, when they were constructed for the British military. As the BBC explains, Singapore, along with Malacca and Penang, became a British colony called the Straits Settlements in 1826. Singapore became Britain’s main naval base in East Asia in the 1920s, and Japan bombed Singapore during World War II. Singapore didn’t become an independent republic until 1965, and the last British military forces took until 1971 to withdraw.

Next: The hotel has many expensive rooms and luxurious amenities.

6. The hotel has some very expensive rooms 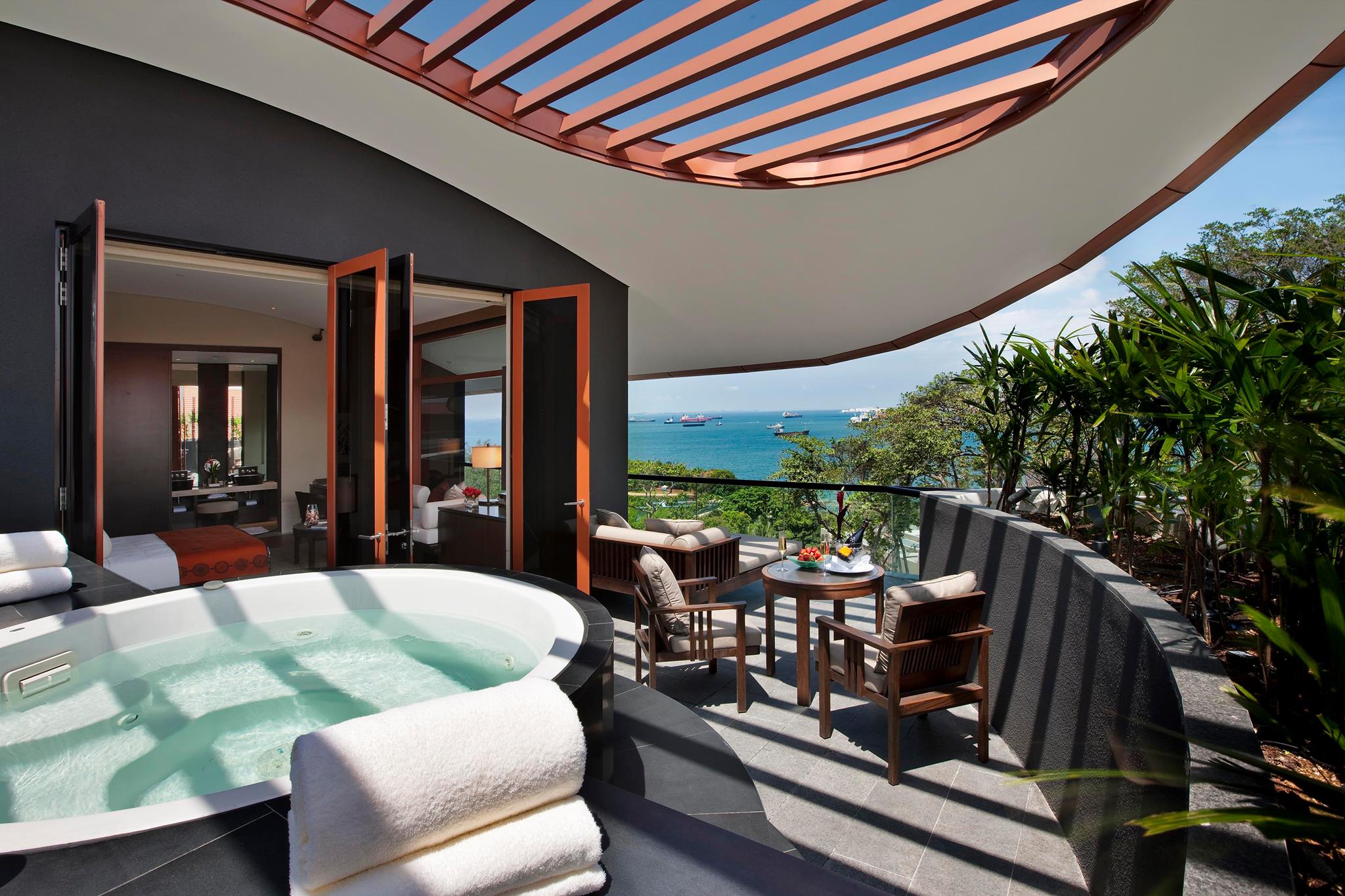 The Capella Hotel on Singapore’s Sentosa Island has 112 rooms, according to CNN. Those range from the 829-square-foot Premier Room, which has one king-sized bed and costs $435 a night, to a 4,693-square-foot manor that accommodates eight people for $8,242 per night. Donald Trump and Kim Jong Un will have more than 24,500 square feet of meeting space to choose from. And hotel also has a 12,000-square-foot spa, restaurants that serve Chinese and Mediterranean food, and two 18-hole golf courses (where the two leaders could potentially go golfing together).

Next: The island housed prisoners during this war.

5. Sentosa Island used to be a Japanese camp for prisoners during World War II 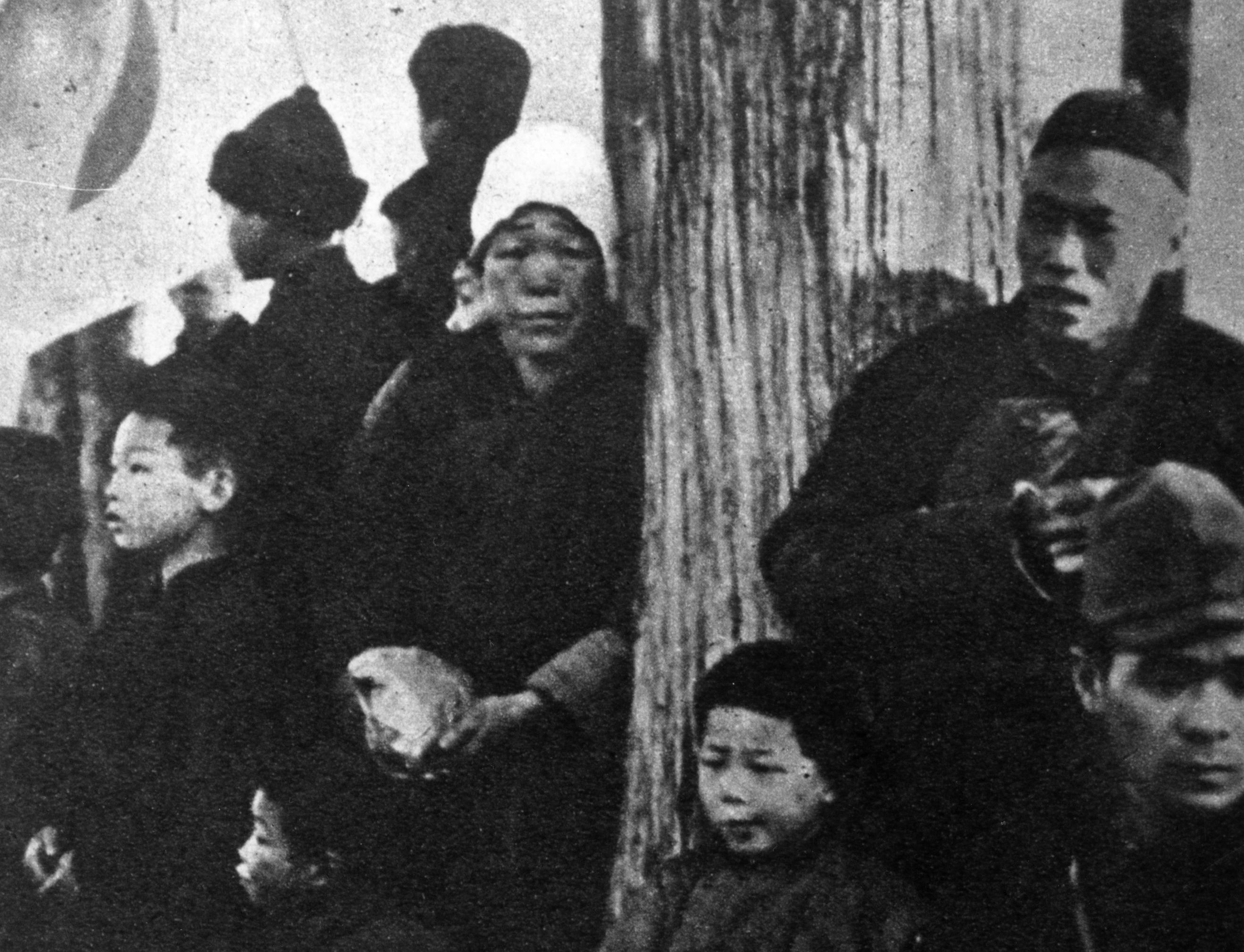 You wouldn’t know it by looking at the luxurious accommodations at the Capella Hotel. But the island where the property is located  — now home to beaches, luxury hotels, casinos, and golf courses — has a dark history. USA Today reports that Sentosa Island served as a Japanese camp for British and Australian prisoners-of-war during World War II. And that’s not even the worst of Sentosa’s surprising history. Also on the island, many Singaporean Chinese suspected of acting against Japan were executed.
Next: Thousands of people died on the island.

4. The Japanese killed thousands of people on the island’s beaches 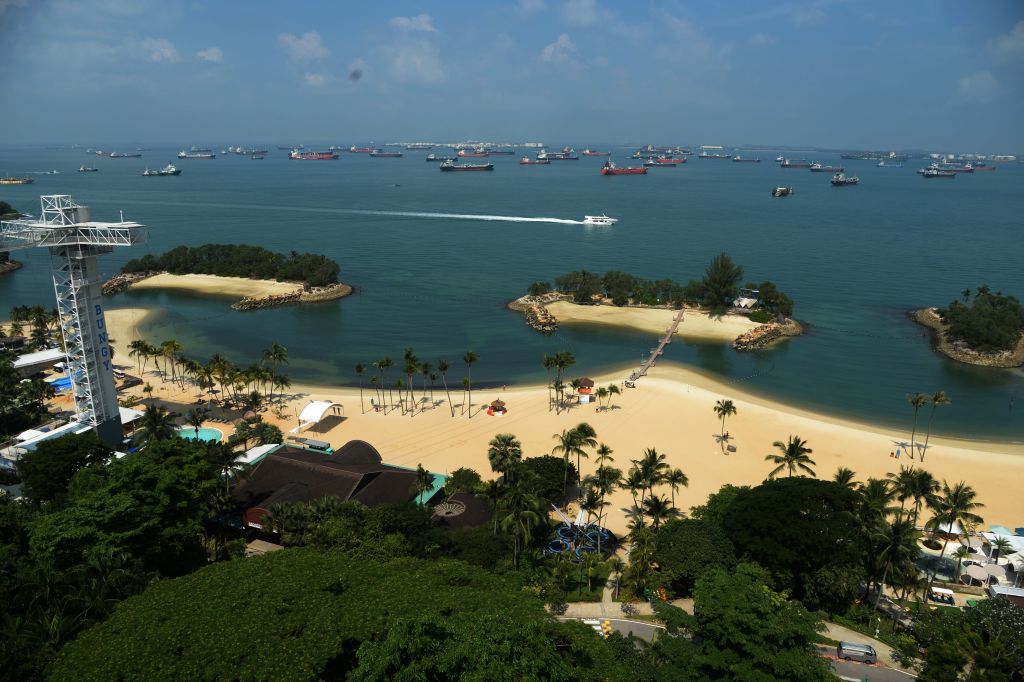 The occupying Japanese forces killed thousands of people, according to the BBC. “Chinese men between the ages of 18 and 50 were summoned to various sites before being machine-gunned to death and thrown into the sea,” the publication explains. “Among the massacre sites were the beaches on Sentosa, near the Capella hotel where Mr. Trump and Mr. Kim will meet.” Those beaches may look beautiful now, but they probably don’t look entirely peaceful to anybody who knows what happened there.
Next: Pirates also frequented the island — and gave it a violent reputation.

3. The island also had a reputation as a rendezvous point for pirates 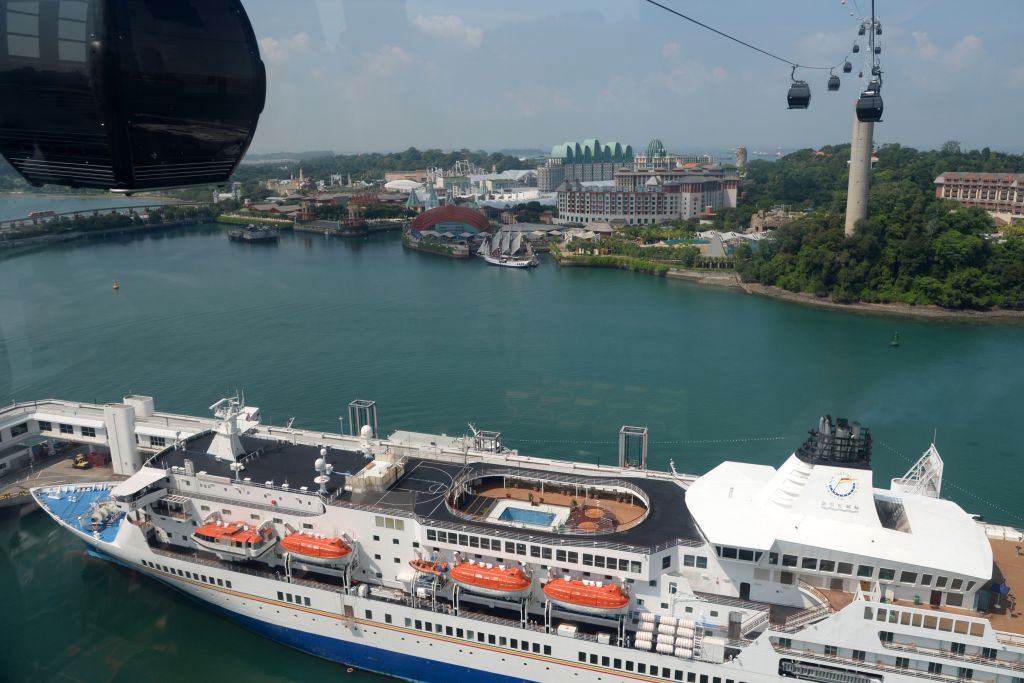 USA Today reports that Sentosa Island also had a reputation as a rendezvous point for pirates during the 18th and 19th centuries. The island is located midway between China and India, which made it the perfect trading port for the British. The BBC reports that even before British rule, Singapore had become a flourishing trade center. Pirates would prey on cargo ships docked on the island’s coast, which made the area notoriously dangerous. The BBC reports that it became known as “Pulau Blakang Mati,” which translates to the “island behind death,” a reference to the violent pirates.

Next: The island has seen a few tragedies since becoming a tourist attraction. 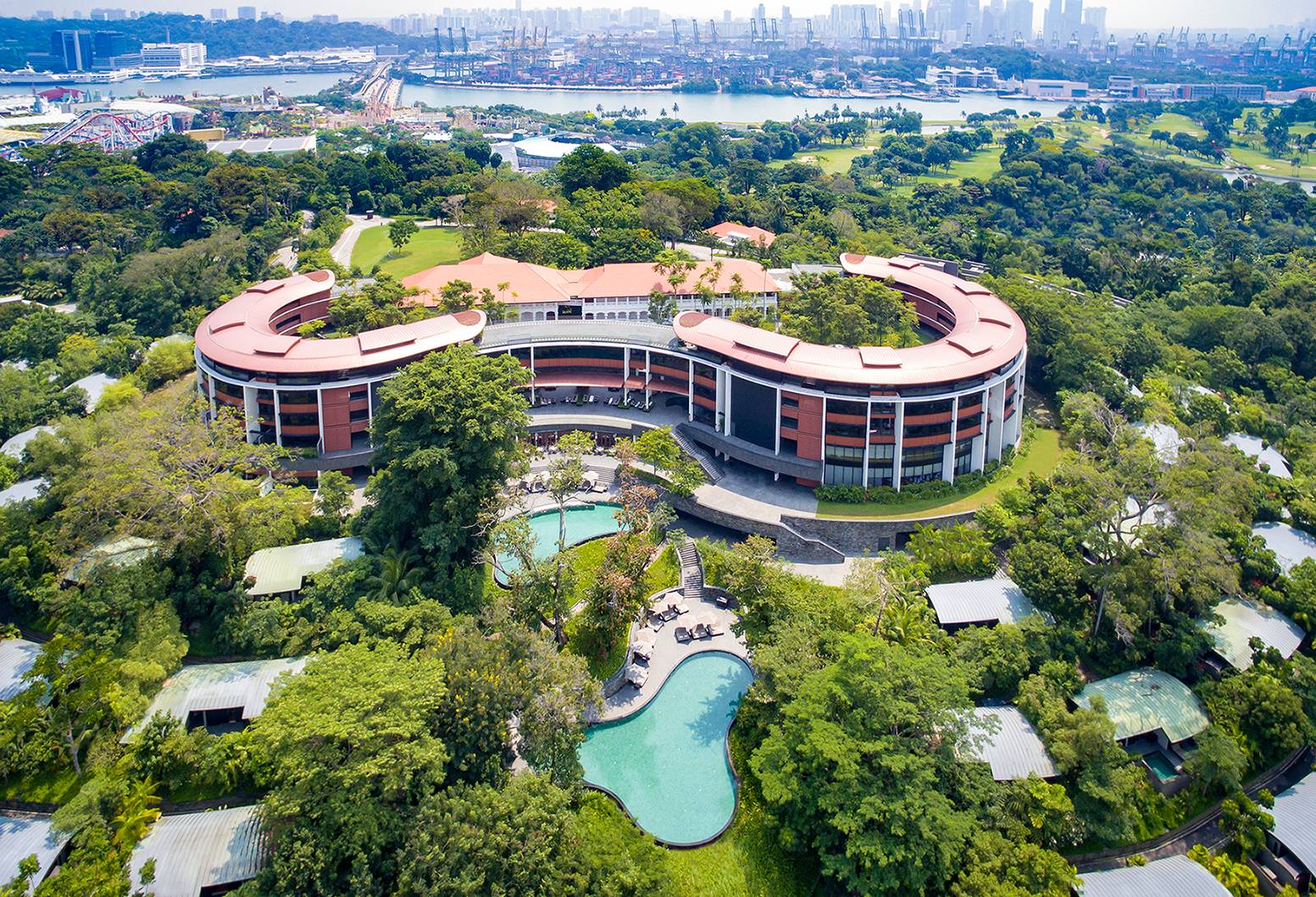 The BBC reports that in the 1970s, Singapore’s government renamed the island Sentosa, which means “peace and tranquility,” and began developing it as a tourist site. But the island has still seen tragedy. In 1983, two carriages on the tourist cable car fell into the ocean after an accident involving an oil drilling vessel. In 2000, an eight-year-old girl died at a water park called Fantasy Island, which closed two years later. Nonetheless, a Universal Studios theme park, a new water park, and a Resorts World casino have sprung up on the island, and thousands of tourists visit each year.

Next: Neither Donald Trump nor Kim Jong Un will likely stay on the island.

1. Neither Donald Trump nor Kim Jong Un is likely to stay at the Capella Hotel 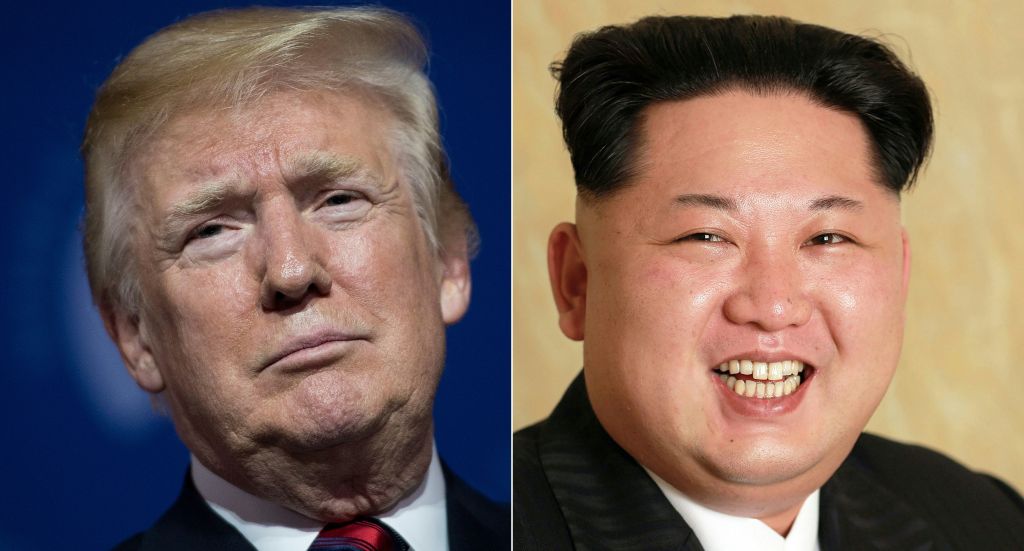 Though the summit between the United States and North Korea will take place at the Capella Hotel on Sentosa Island, the BBC reports that neither Donald Trump nor Kim Jong Un is expected to stay at the property. (We don’t exactly blame them, after learning the island’s history.) Trump will likely stay at the Shangri-La Hotel, where U.S. presidents have stayed in the past. And Kim will likely stay at the St. Regis Singapore. Both hotels are located on Singapore’s main island, not on Sentosa Island. Interestingly enough, Singapore is comprised of a total of 63 islands.

Read more: What the Aftermath of a Nuclear War With North Korea Would Actually Look Like