Read on to learn about all the most obvious signs that you’re eating at a fake Mexican restaurant.

1. They have only one salsa 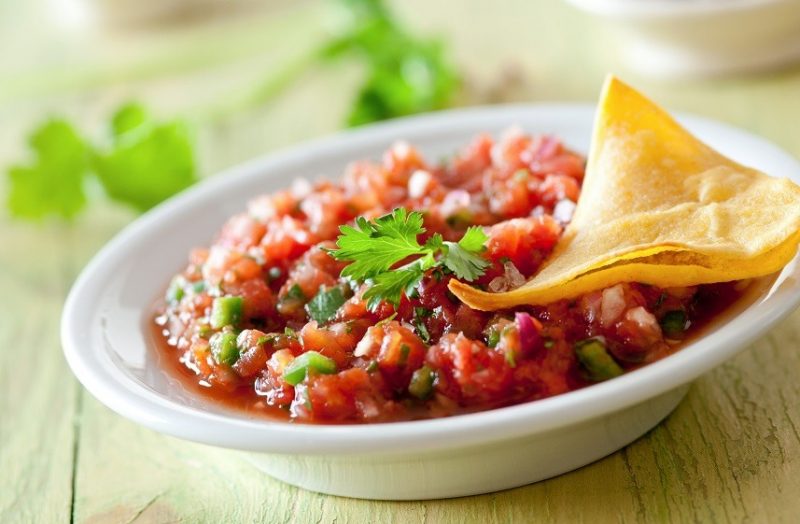 Having one salsa is a red flag. | cobraphoto/iStock/Getty Images

Most people start their meal at a Mexican restaurant with some chips and salsa. But Thrillist reports that a sure sign of a fake Mexican restaurant is a menu with only one kind of salsa. (Especially if that one salsa tastes very mild.) A good Mexican restaurant should have at least a red salsa and a green salsa. Many authentic restaurants have even more options. And none of them should taste like ketchup.

Next: Watch out for these words on the menu.

2. There are random Spanish words on the menu 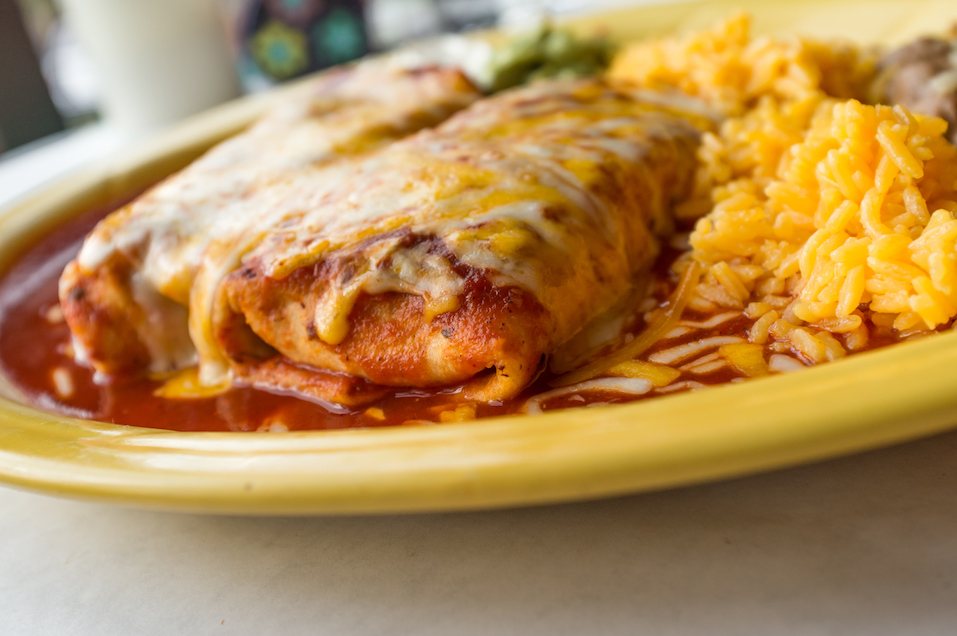 At an authentic Mexican restaurant, you’ll see the Spanish names of just about every dish on the menu. But Thrillist reports that it’s a major red flag if you see random Spanish words on the menu. “If you can buy a Mucho Taco Grande, if there’s anything named like that, it’s a bad sign. Or things like an Ole Burrito,” the publication explains. If you see those kinds of names on the menu, the restaurant likely serves Americanized Mexican food instead of authentic Mexican cuisine.

Next: The restaurant should always offer this kind of tortilla. 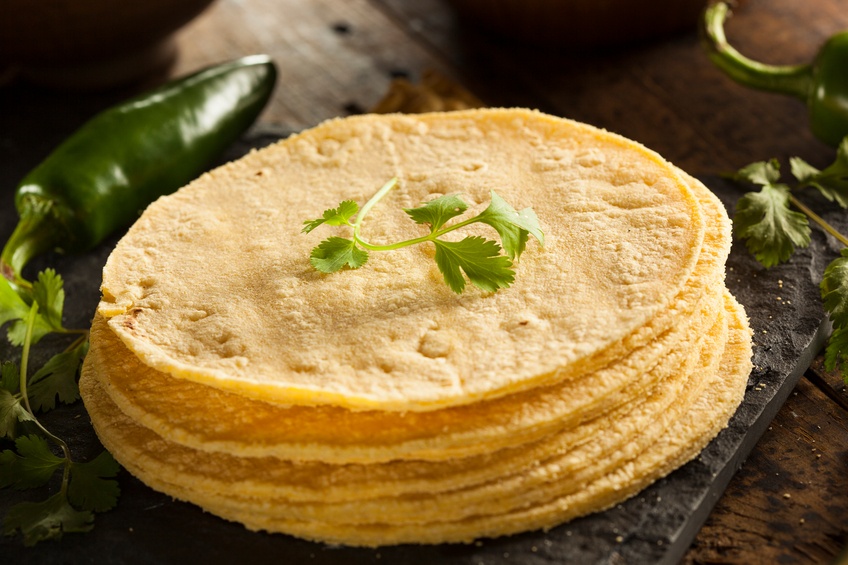 Corn tortillas are a staple as well. | bhofack2/iStock/Getty Images

When you look at the menu, watch out for this red flag. If your local Mexican place doesn’t offer corn tortillas, it’s likely not as authentic as you think. Thrillist reports that all authentic Mexican restaurants will have them on the menu. So if you can only order flour tortillas, you’ve probably found yourself at a fake Mexican restaurant.

Next: Watch out if this food doesn’t taste fresh. 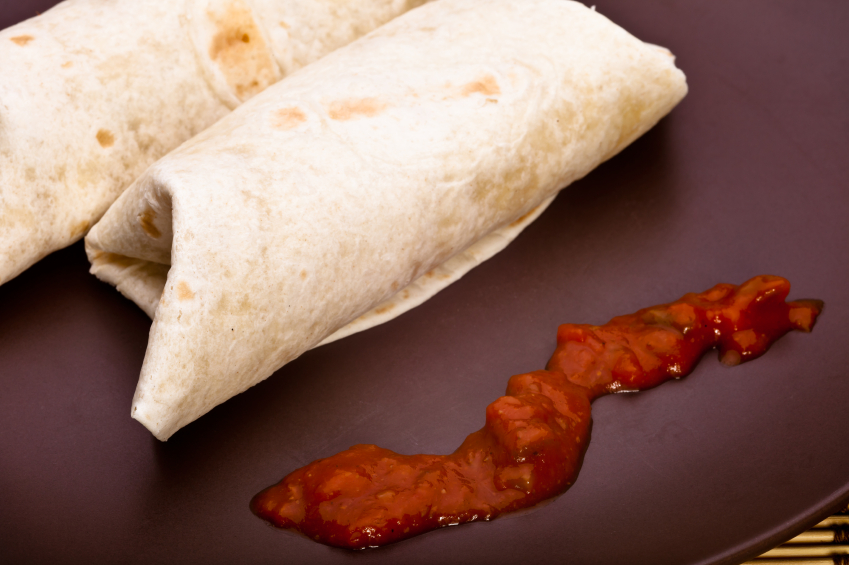 Next: You don’t ever want to see this kind of beef.

5. Your beef is crumbly 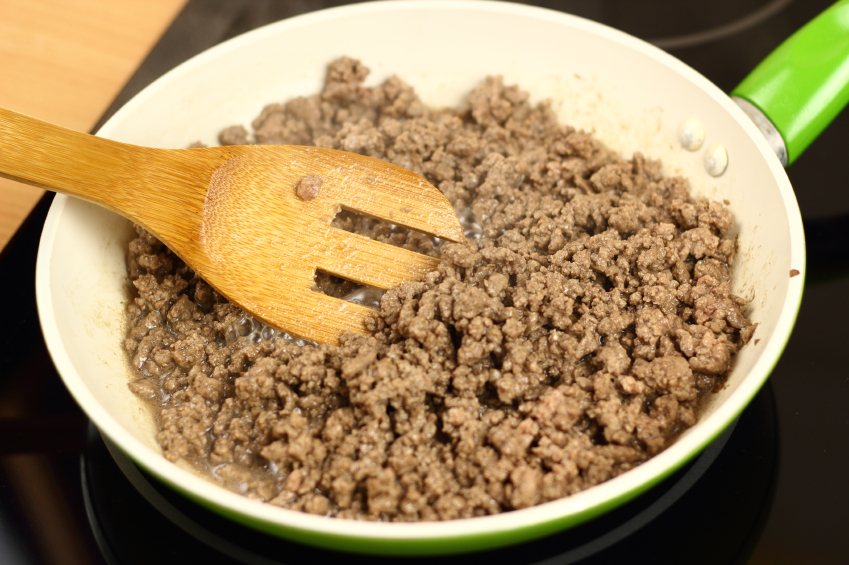 Cosmopolitan reports that a sure sign of a fake Mexican restaurant is crumbly beef. “ If your taco contains ground beef, you’re probably sitting at a Taco Bell, Del Taco or some other whack Tex-Mex place,” the publication explains. “You should be embarrassed. A real taco comes with adobado, asada, chorizo, tripas, lengua, or cesos.” 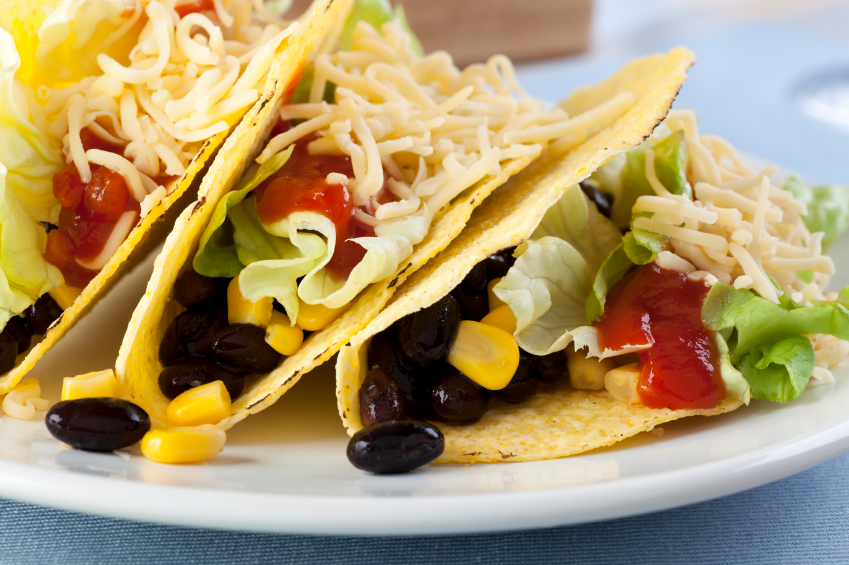 There shouldn’t be a bunch of lettuce and tomatoes. | iStock/Getty Images

Cosmopolitan also reports that if you order a taco and it arrives covered in lettuce and tomato, you probably aren’t eating at an authentic Mexican restaurant. “Authentic tacos come with a little onion, cilantro, and lime,” the publication explains, “not wilted lettuce and tomato.”

Next: The restaurant shouldn’t even offer this kind of taco.

7. You can order tacos in a hard shell 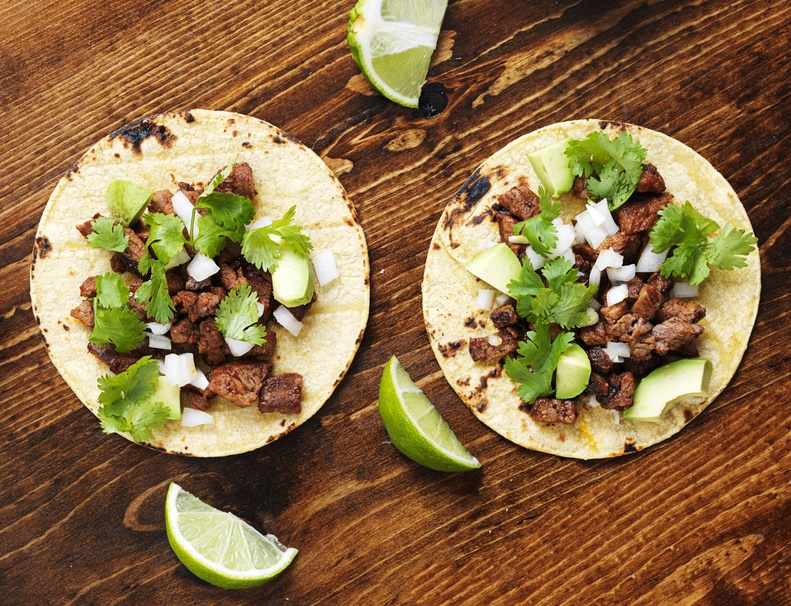 If you can order tacos in a hard shell, you’ve definitely found a fake Mexican restaurant. Cosmopolitan reports that in Mexico, tacos are served on small, soft corn tortillas. “If you want it hard, eat a tostada or a vampiro,” the publication suggests. Another red flag, according to Thrillist? A crispy taco buffet, which is almost always a terrible idea.

Next: Watch out for too much of this food.

8. Everything comes covered in cheese 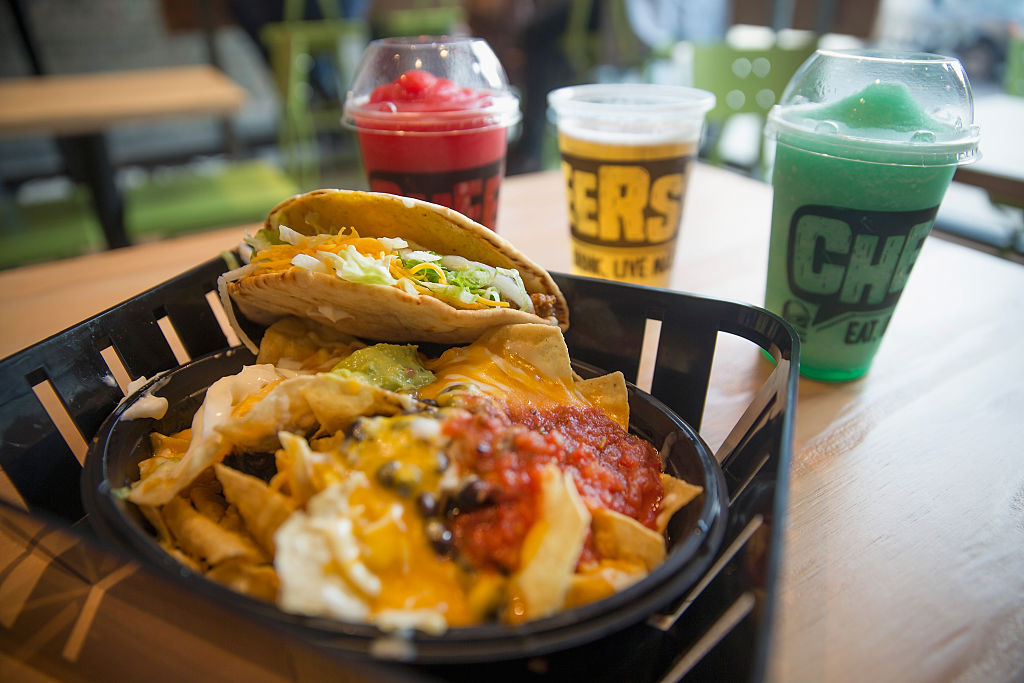 There are a few Mexican dishes that come with a generous helping of cheese, including enchiladas and quesadillas. But otherwise, authentic Mexican cuisine uses cheese only to enhance the flavor of a dish, not to drown out everything else. Thrillist adds that the kind of cheese that comes on your food also matters. “If the shredded cheese in your taco is American sliced cheese of the square variety, that’s a fake place.”

Next: This ingredient should be everywhere. 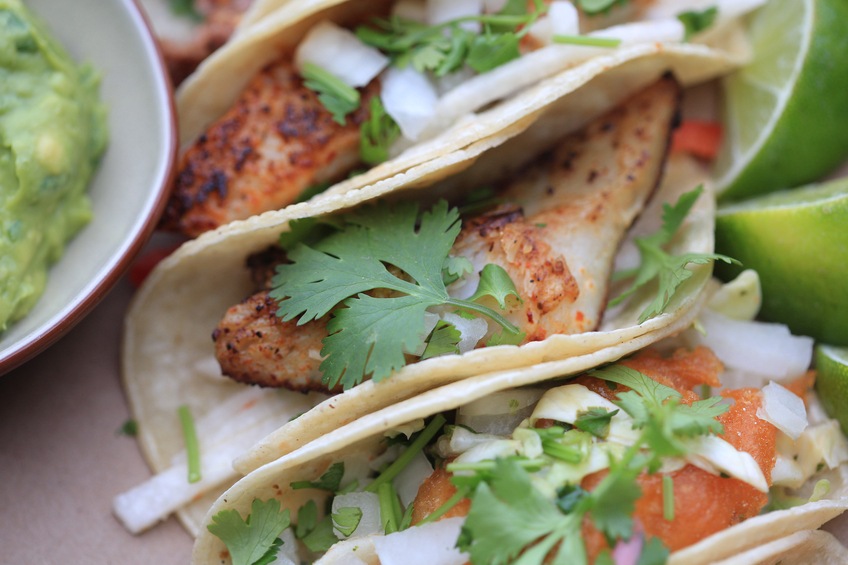 Cilantro should be included in an authentic restaurant. | iStock/Getty Images

Next: This dish is a dead giveaway of a fake Mexican restaurant.

10. You see fajitas on the menu 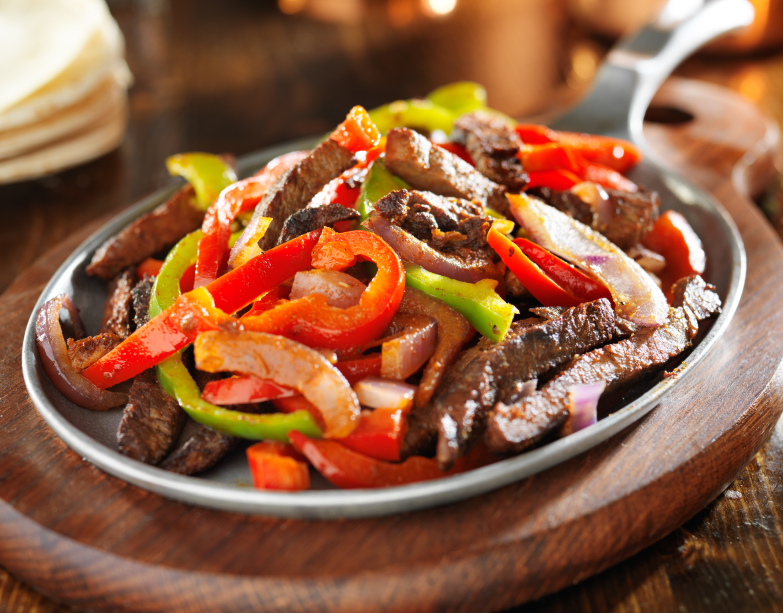 Cosmopolitan reports that fajitas aren’t actually an authentic Mexican dish. They originate in the United States, not in Mexico. (And even in the United States, they haven’t been around for that long.) So if you see a huge section of fajitas on the menu, you might want to consider that a red flag.

Next: Watch out for this menu section. 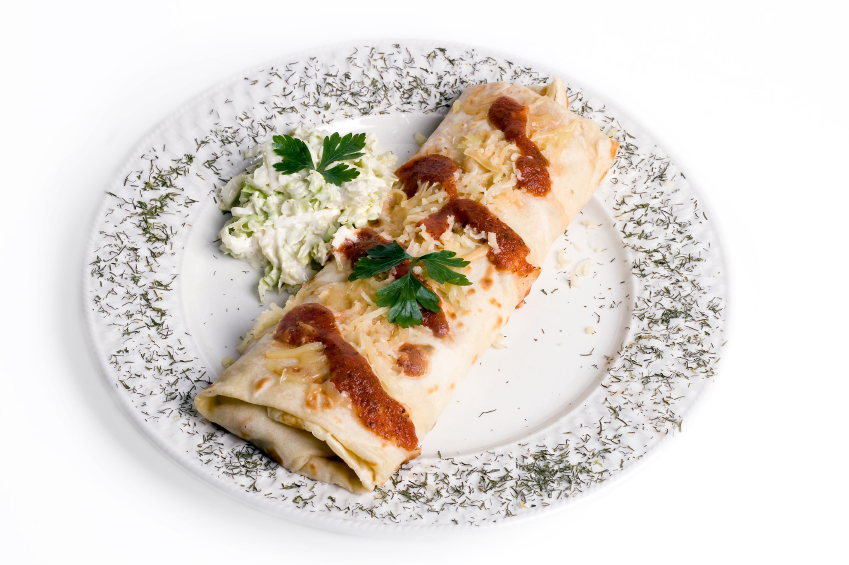 Good luck trying to get them to do low fat. | iStock/Getty Images

Many restaurants put a section of healthy (or healthier) dishes on their menu. But Cosmopolitan reports that if you see low-fat options on the menu at a Mexican place, it’s probably a fake Mexican restaurant. “Real Mexican food is made with lard,” the magazine explains. “You could try vegetable oil if you’re feeling healthy.”

Next: These options should give you pause.

12. You see lettuce wraps or taco bowls on the menu 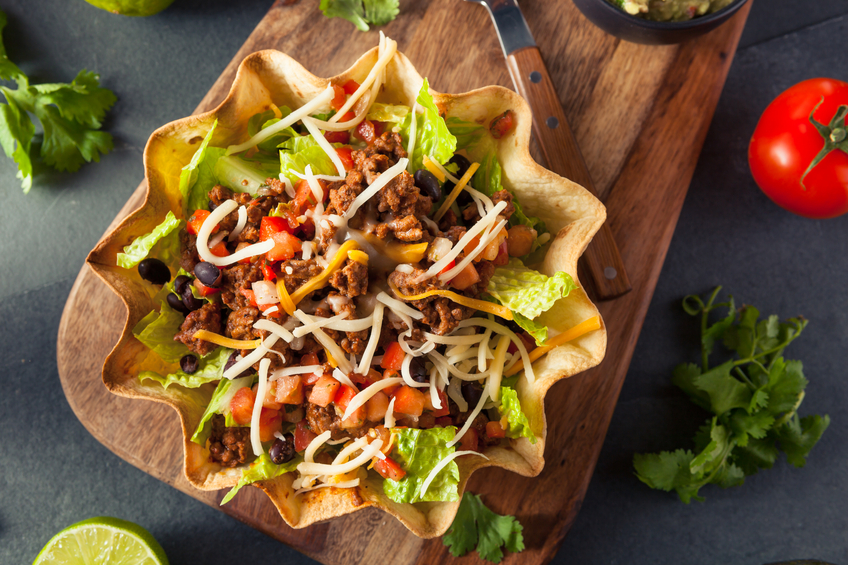 According to Thrillist, it should also give you pause to see lettuce wraps or taco bowls on the menu. “You can’t have a taco without a tortilla. That’s like Tacos 101,” the publication explains. We appreciate some healthy options as much as anyone else. But if you’re just going to top your lettuce wrap with meat, sour cream, and cheese, it’s really not going to be that healthy, anyway.

Next: You don’t want to see this on the drinks menu.

13. You can’t order any Mexican drinks 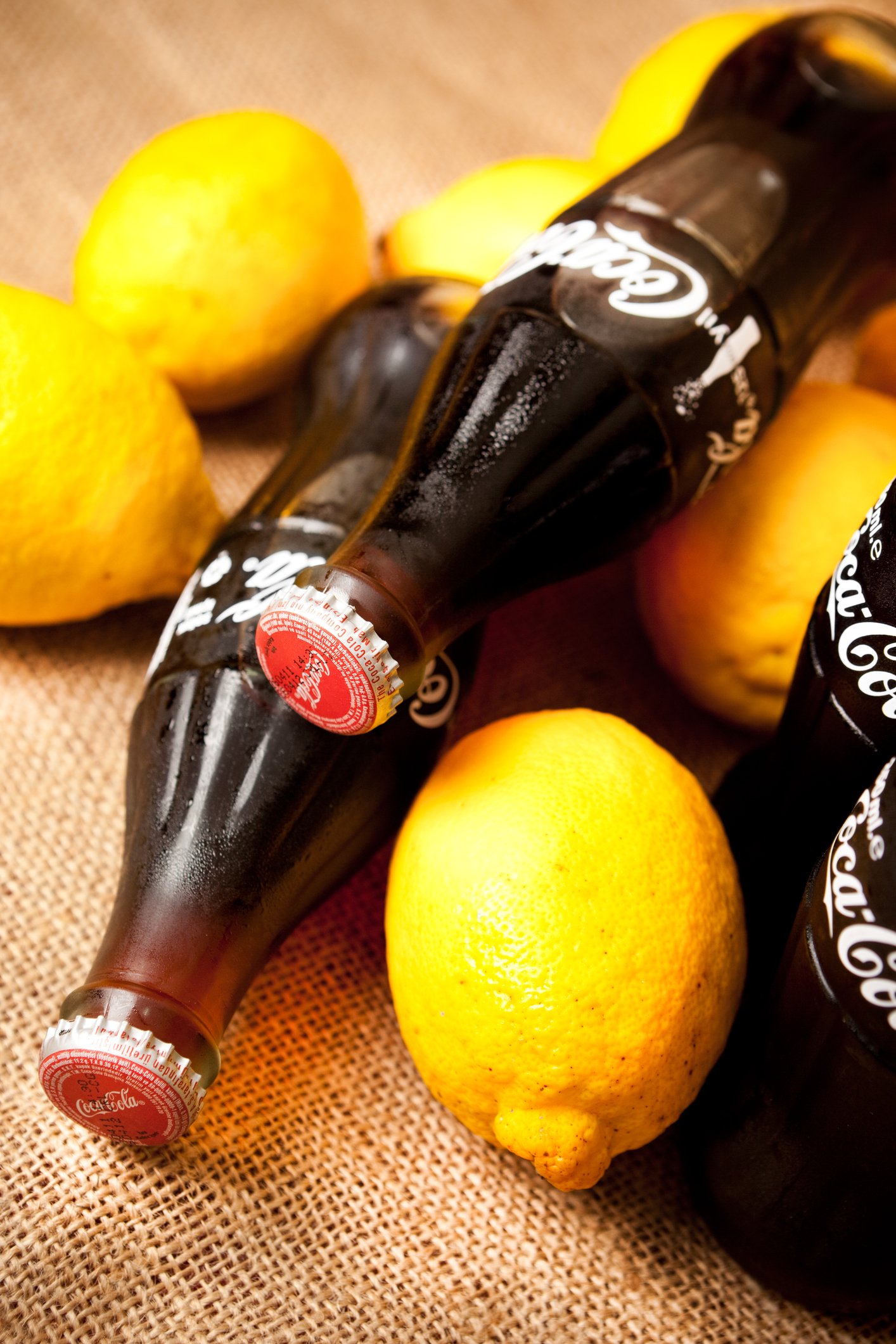 You should be able to get some real Mexican Coca Cola. | blueclue/iStock/Getty Images

Thrillist reports that if you can’t order any Mexican drinks, you’ve likely found a fake Mexican restaurant. A few examples? The restaurant only offers American Coke in cans, instead of Mexican Coke in glass bottles. Or there aren’t any aguas frescas on the menu.

Next: The margaritas can tell you a lot.

14. The margaritas are huge and in strange flavors 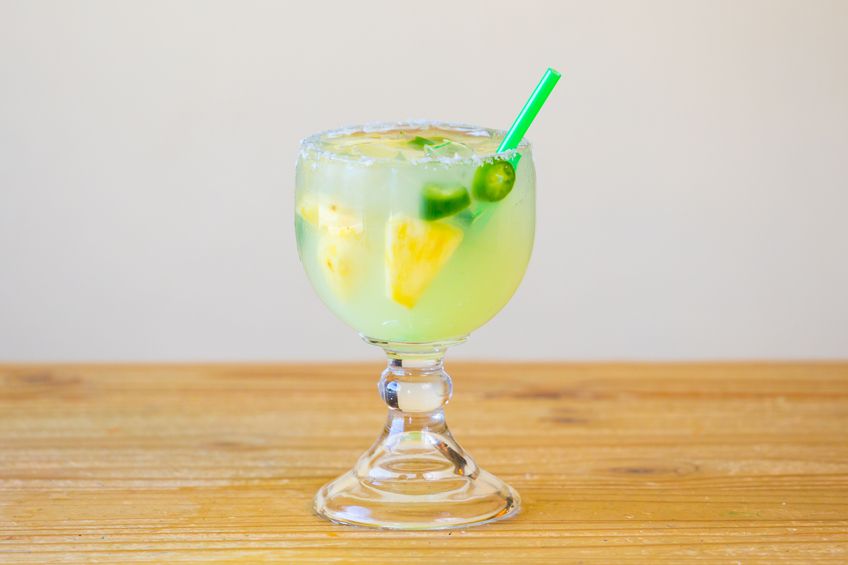 At an authentic Mexican restaurant, you can probably only order one kind of margarita. It just includes tequila, lime, and some sweetener. And it’s always served on the rocks. But at a fake Mexican restaurant, you’ll see plenty of other options. Super-sweet flavors, frozen Margaritas, and huge margarita glasses all act as sure signs of a restaurant serving Americanized Mexican food instead of authentic Mexican cuisine.

Next: The waiters shouldn’t wear this.

15. The waiters are dressed up in costumes 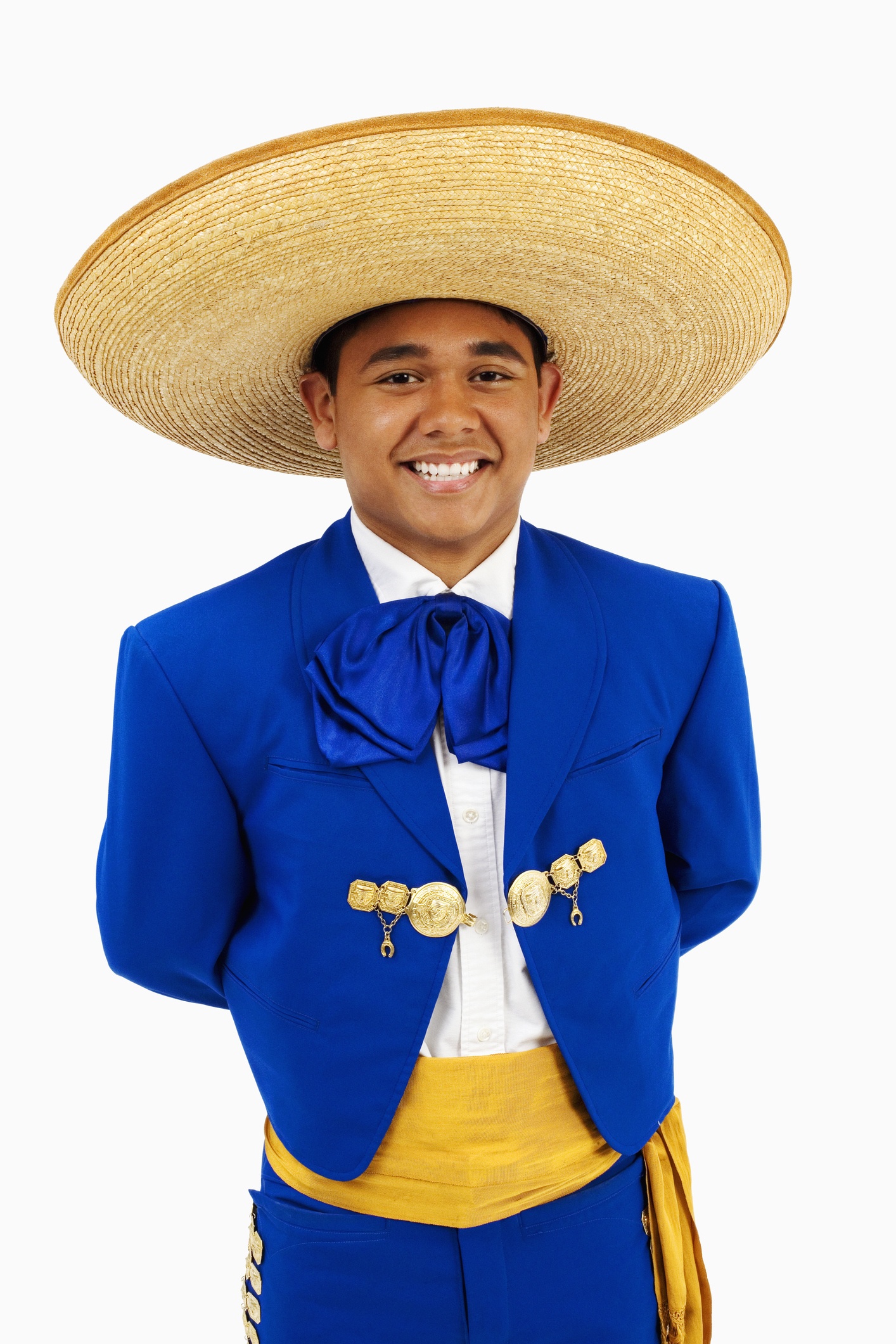 This is definitely not convenient for serving food. | Jack Hollingsworth

At an authentic Mexican restaurant, the staff doesn’t need to prove to you that the food is actually Mexican. So servers and staff will probably be wearing normal, practical uniforms. So if your waiter is dressed up like a mariachi musician, you’re definitely at a fake Mexican restaurant.

Next: The restaurant shouldn’t have this word in its name.

16. The restaurant calls itself a cantina

Do you frequent a Mexican restaurant that calls itself a cantina? Then you probably aren’t eating authentic Mexican food. As Cosmopolitan explains, “ A real cantina is a men’s social club, typically involving dominos and some pool-playing. You can get a drink there but never an entire meal.”  Another red flag, according to Thrillist? TVs playing golf, not soccer.

Next: You don’t want to see these around the restaurant. 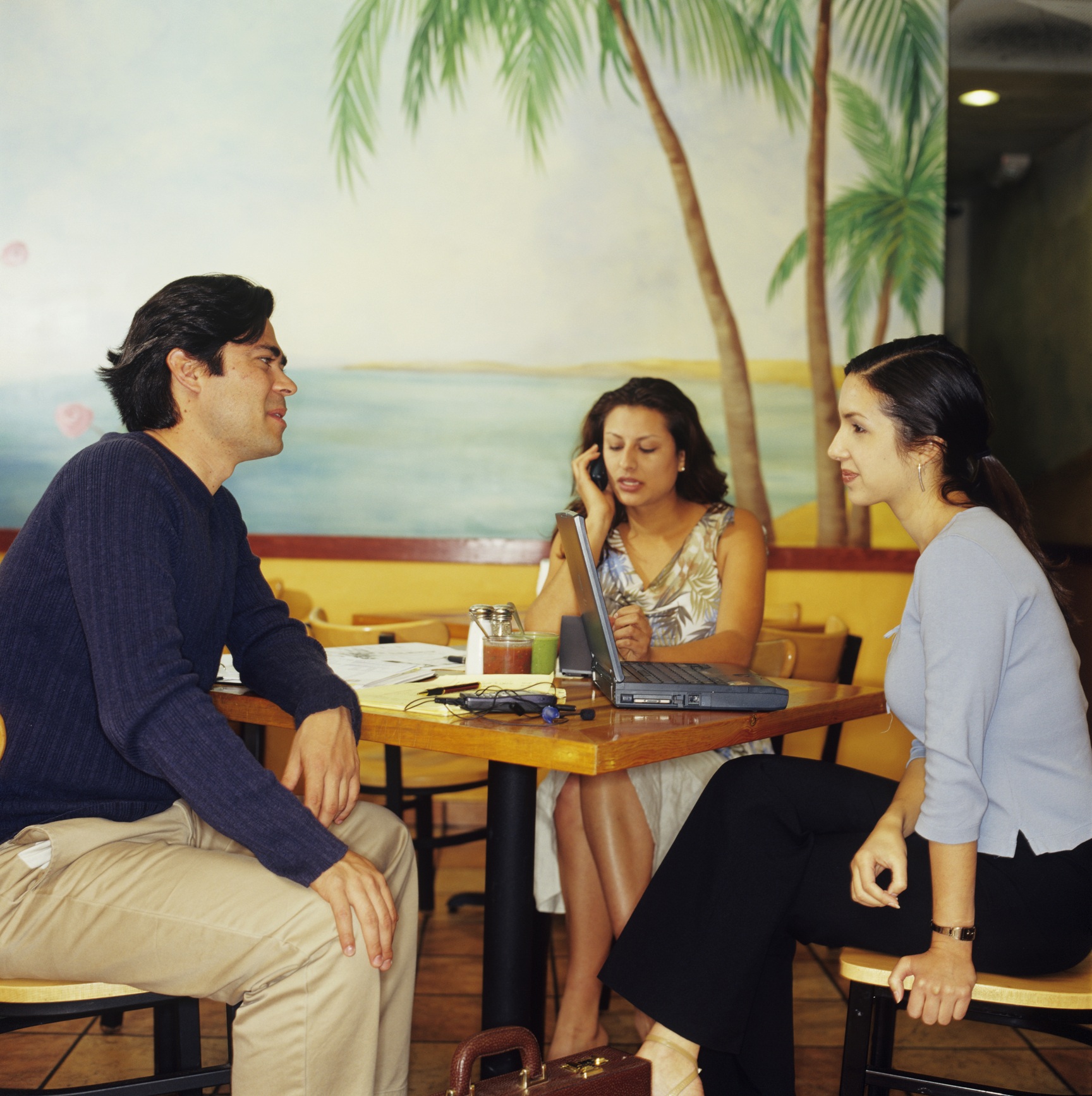 If the restaurant seems to be trying too hard to look Mexican, you can bet that it’s overcompensating for something. Some authentic Mexican restaurants will decorate with a pinata or two, or some paper banners. But too many of either is definitely a bad sign. Another red flag? Beer posters, especially ones that feature a model in a giant sombrero.

Read more: Restaurant Secrets Your Server Wishes They Could Tell You