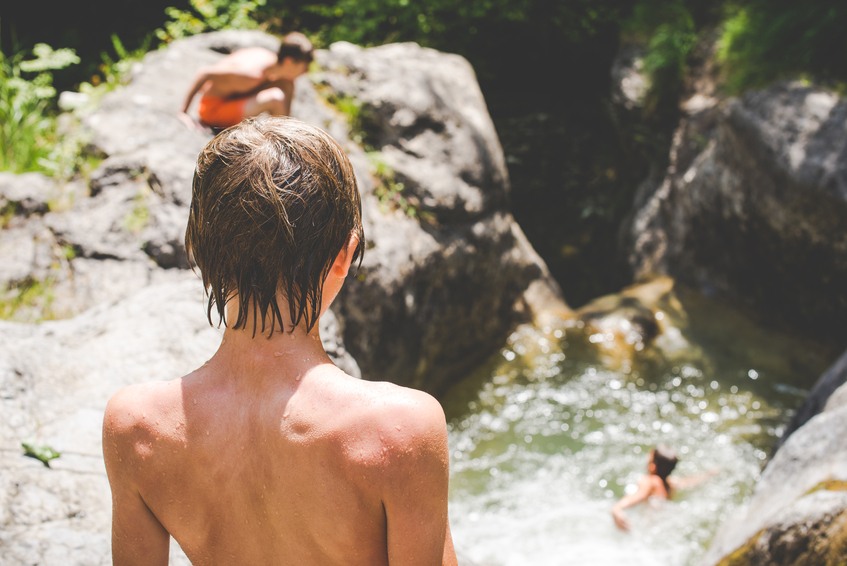 Summer is the season of adventure, and there’s no better way to do it than to find a fun place to swim, explore, and relax. Whether you know of a private swimming hole nearby or you’re on vacation and spot a river that looks inviting, finding natural swimming areas can be refreshing compared to your crowded neighborhood pool.

Unfortunately, swimming in natural areas comes with its own set of risks. There might not be a lifeguard nearby, and some bodies of water can be much more dangerous than you think. Sadly, drowning is the second-most frequent form of accidental death for children between ages 1 and 14 and is the fifth-leading cause of accidental death among all age groups, according to the Centers for Disease Control and Prevention. Roughly 43% of drownings take place in natural water settings, far more than in a swimming pool.

So how do you keep you and your family safe? If you use common sense and look for warning signs, you should have no problem seeking out carefree summer fun at a local river or lake. Some warning signs are intuitive. For example, if you live in a populated area but no one is choosing a particular lake or stretch of river, there might be a reason why. Other signs will simply require you to evaluate your surroundings before heading into the water. Some dangers could pose a physical risk while you’re swimming, while others could foreshadow the possibility of getting sick from being exposed to harmful bacteria. Here are a few things to evaluate. 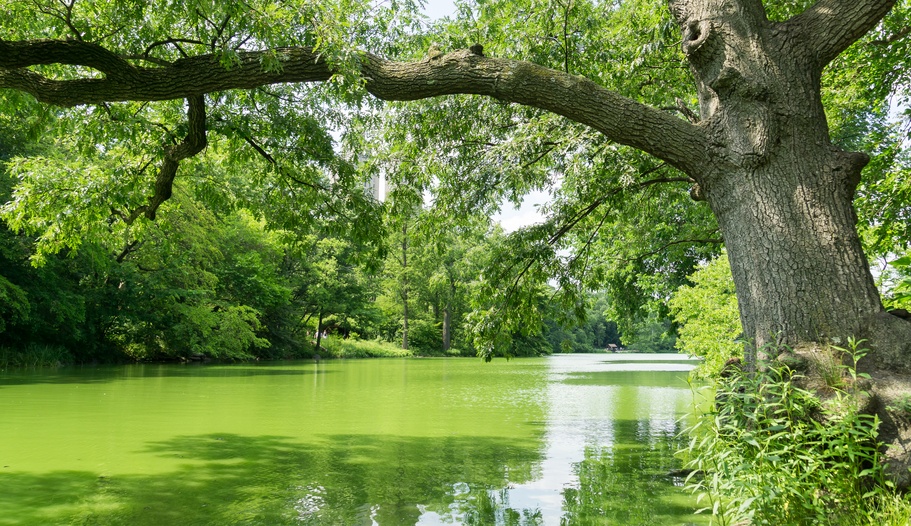 If the lake is covered in an algal bloom, it’s best to stay out | Source: iStock

In a still lake or slow-moving river, there’s a potential for some algae to build up. But if you go swimming during an algae bloom, you run the risk of getting sick — especially if you or young children happen to accidentally drink some of the water. Not all algae is harmful, but some forms, including cyanobacteria, can be problematic.

“Sometimes cyanobacteria is toxic and people can experience skin, eye, or ear irritation with contact. If toxic cyanobacteria is swallowed, it can cause stomach cramps, vomiting, diarrhea, sore throat, fever, headache, muscle and joint pain, or nerve and liver damage,” Washington state’s Department of Health warns.

The toxic blooms will also give off a distinct smell, Prevention states. If you don’t see much algae but note a strong, off-putting smell, it could be a sign there’s significant algae in a part of the water that you can’t see. If this is the case, it’s also a good idea to find another swimming spot. In addition, both the Department of Health and Prevention advise keeping pets away from this water as they can also get sick.

2. The current is faster than you can swim 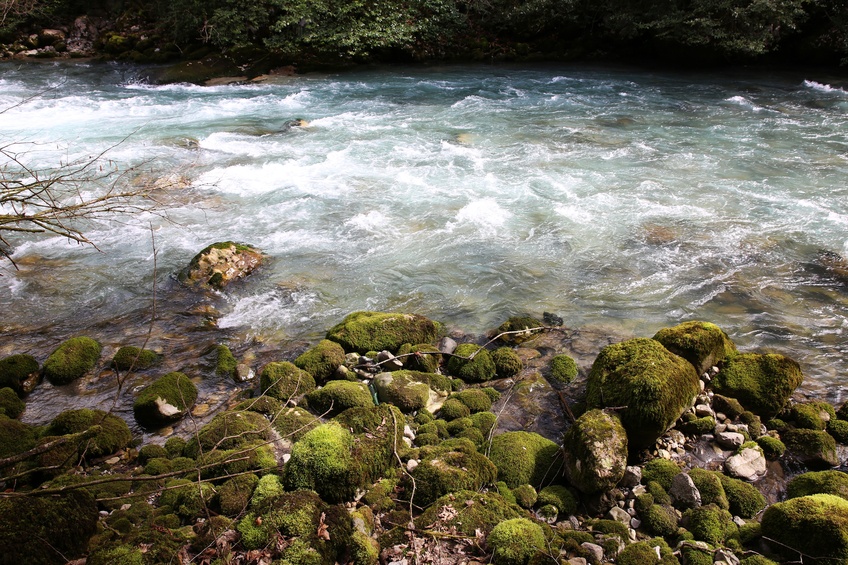 Before heading into any body of water with a current, it’s important to evaluate how fast it’s moving compared to your swimming abilities. This isn’t the time to pretend you’re a world-class triathlete if you haven’t practiced your breaststroke in years. Don’t head into water that’s higher than your shins without testing the current first. Even shallow water can overpower you without warning, as Wild Swimming states.

Throw a stick into the water where you’re planning to swim, to see how fast the current is moving. If you couldn’t swim fast enough to keep up, you run the risk of being overpowered in the water. And check out the areas downstream from where you’re planning to swim to make sure there aren’t noticeable hazards like dams, waterfalls, or whitewater currents. Also keep in mind that when a river narrows, the water has to move faster through that area to make it through. For ideal relaxing conditions, you’re looking for a slow-moving, wide stream bed. Keep an eye out for slippery rocks as well, because falling and hitting your head becomes a real risk in natural swimming settings.

3. There are posted signs near your swimming area 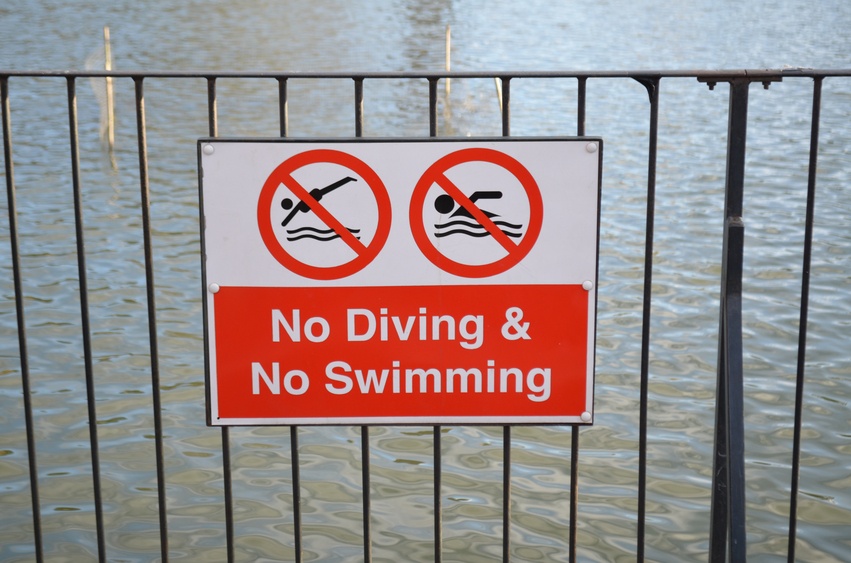 In state parks and publicly-owned lands, local governments will often conduct tests for water quality and also alert the public about any dangerous swimming conditions. If signs are posted at the campground, park, or beach you’re visiting, you should heed their warnings. This is especially true if you plan to dive or jump into the water. “No diving” signs mean it’s not safe to enter the water head-first. “Even if you plan to jump in feet first, check the water’s depth before you leap to make sure there are no hidden rocks or other hazards. Lakes or rivers can be cloudy and hazards may be hard to see,” Ohio’s Department of Health cautions.

If you’re headed to a popular or public swimming spot, a quick online search on your state’s recreation or environmental sites should tell you if you have the all-clear or if water is contaminated. Connecticut lists the swimming conditions of many public sites, as do New York, Louisiana, and Washington. With a few clicks, you should be able to pull up a comprehensive list of safe swimming areas near you.

4. You’re near a spot where two rivers merge 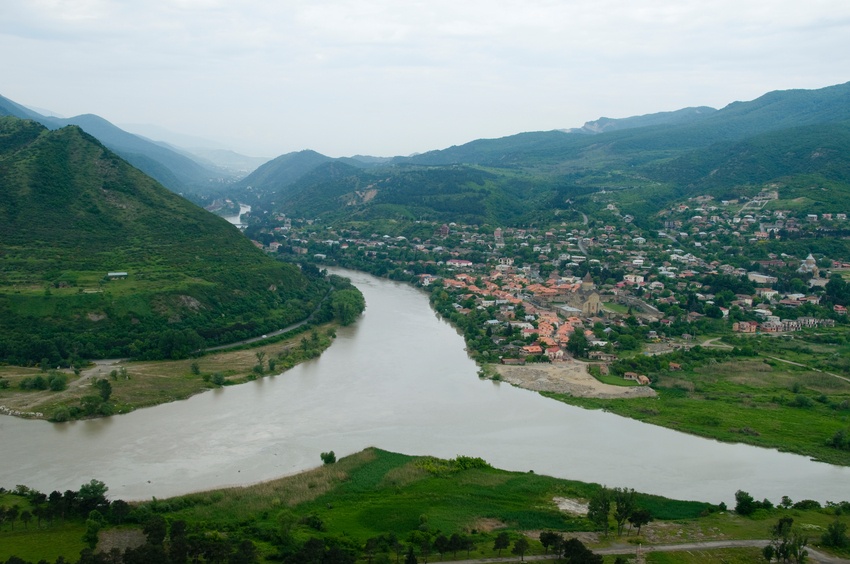 The spot where two rivers, streams, or tributaries meet is called a confluence, and it can be a dangerous place for swimming. The current of the adjoining river could be much faster than the one where you entered the water. The two waterways can also create undercurrents and flow patterns that are difficult to navigate, even for experienced swimmers.

A spike of drownings occurred in Sacramento, California in 2015 near where the intersection of the American and Sacramento rivers. Some locals blamed it on the confluence, and local authorities began providing life jackets for swimmers in the area as a precaution.

5. The water is near a pasture or farmland 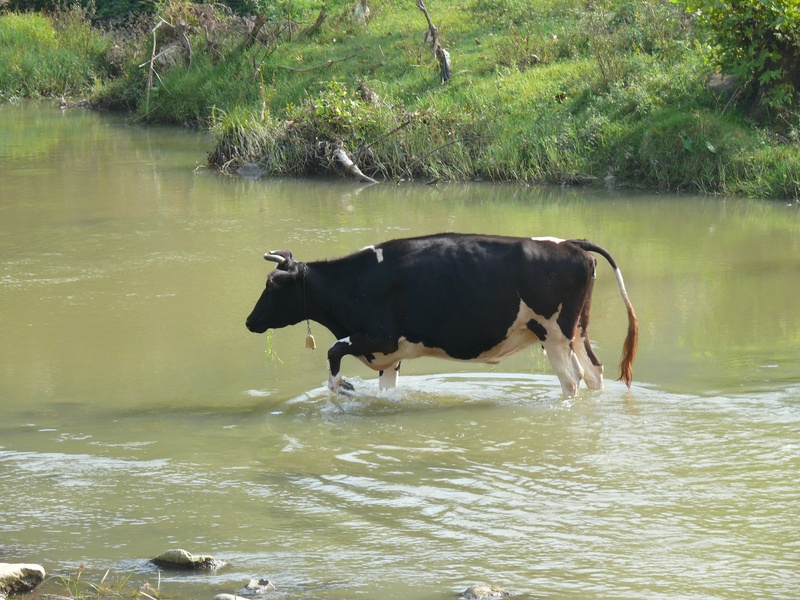 Cow in a river | Source: iStock

The most common illnesses humans experience from water occur when it’s contaminated with fecal matter. Sewage leaks are an obvious problem, but manure is another source that can lead to nasty bacteria. If you plan to swim frequently in a river or lake that’s near a large pasture or could potentially be fed with runoff from fertilized fields, it might be worth it to test the water for E. coli.

The EPA might conduct tests in your area, but you can also purchase DIY kits for testing water quality. E. coli isn’t the only bacteria in the water that can make you sick, but scientists use E. coli as an indicator since other pathogens can be incredibly diverse and difficult to detect. “If E. coli is present in certain quantities, then there is a greater probability that pathogens will be present as well,” researchers at Michigan State University report.