Starbucks Mini S’mores Frappuccino: How Does it Taste?

Starbucks gets us every time with their limited-edition drinks. Even though the offerings generally aren’t groundbreaking, knowing the clock is ticking ups the appeal. Case in point: We couldn’t resist sampling the chain’s s’mores offering in a petite, 10-ounce portion. Both the flavor and size have returned only for the summer, so this review set out to determine if doubling the time-sensitive selections doubled the enjoyment.

After a popular run last year, the s’mores flavor returned to stores on April 23. According to a Starbucks press release, it “stirs memories of making s’mores around a campfire.” As for what’s actually inside your cup, the release explained the standard blend of coffee, milk, and ice gets a dose of marshmallow-flavored whipped cream, milk chocolate sauce, and graham cracker crumbs. They’ve hit on every component of the camp classic, so I was intrigued.

The smaller portion sizes are also a revamp from last year with a run that began on May 16. While the mini ones were only around until the beginning of July last year, Bustle reported they’re set to stick around for the whole summer this time around. Prices vary based on region, but my drink was $4.25 in New York City.

While most people do their best to ignore the nutritional value of these types of drinks, this particular combination is on the tame side with 230 calories, 9 grams of fat, and 31 grams of sugar. As impossible as it sounds, this comes out to a savings of 100 calories from the 12-ounce size. 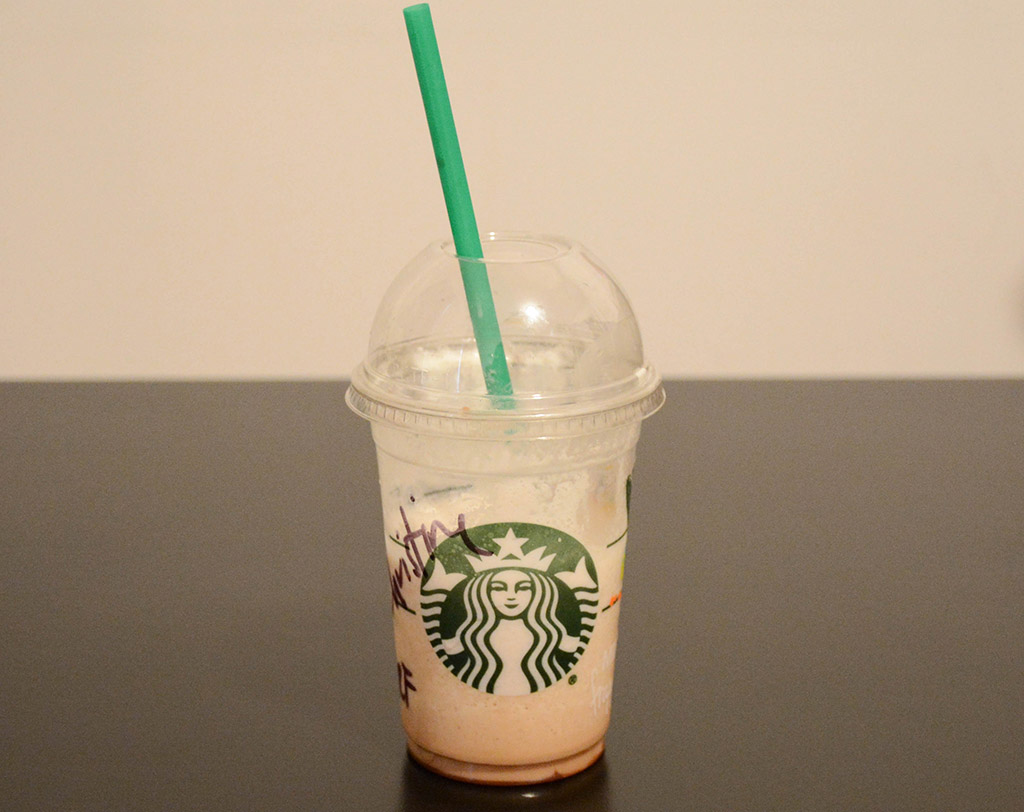 With a light dusting of graham cracker crumbs on top and a marbling effect thanks to swirls of marshmallow whipped cream and chocolate syrup at the bottom, this is easily the most beautiful Starbucks beverage I’ve ever purchased. But what it offers in visual appeal, it sadly loses in cohesiveness. The first sip was straight chocolate with a few graham cracker crumbs while the next was almost entirely marshmallow cream. Both sips were overwhelmingly sweet. My advice is to mix the whole thing together first. This way the espresso flavor really comes through, offering bitterness to counteract some of the sugar. Surprisingly, it actually tastes like s’mores blended into an iced coffee.

Should you buy it?

This is where the portion size comes into account because 10 ounces seems just about right for this beverage. Let’s be honest, it’s really more of a milkshake than a coffee drink. This also means you should 100% skip it if you don’t care for sweet coffee beverages. But as a dessert that won’t totally undo a day’s worth of healthy eating, the mini S’mores Frappuccino is a good choice.