It can be difficult to determine what makes a state immoral. Is it drugs? Gambling? Murder? Or is it a combination of transgressions?

There is no perfect state and there are no perfect people. But certain states are more susceptible to criminal behavior than others. WalletHub gathered data from several sources to rank each of the 50 states on anger and hatred, jealousy, vices, greed, lust, vanity, and laziness. The winner for “most sinful” based on those results was clear.

Ahead, check out which states were named the worst of the worst in America and see if your home base made the list.

In a state known for the shows Jersey Shore and Real Housewives, it’s not too shocking that New Jersey was found to be the third most vain in the nation. They’re also the eighth greediest state, which may be potentially spurred by all those casinos in Atlantic City.

There are plenty of sins going down in Arizona. This state wasn’t the worst, but they were ranked the tenth most jealous state as proven by how many thefts per capita occur in a given year. Maybe someone should explain to Arizonans that there’s no use coveting your neighbor’s stuff. 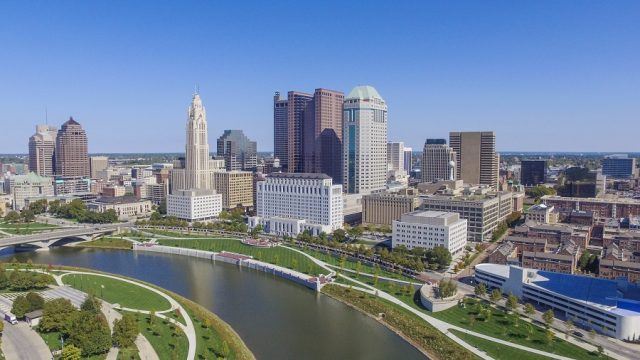 There are many excesses and vices in the Midwest, apparently. The number one ranked state for overindulging is Ohio. These can range from excessive drinking to drug use and other unfortunate behaviors.

Washington is the seventh greediest and tenth most vain state in the nation. You might have thought Portland was the right place for pretending that you don’t care about looks, but in reality, all those craft-beer swizzling hipsters are visiting beauty parlors on the sly.

This southern state is a hybrid of bad habits. They scored high marks for anger and hatred, excesses and vices like drugs and drinking, and lust. In fact, residents of Alabama had the fourth highest average time spent on adult entertainment sites.

New Orleans inspires people to commit a multitude of sins, and that’s part of what got the state of Louisiana so high on the list or worst behaved. According to the rankings, they were the fourth worst for excesses and vices, the sixth worst for lust, and the second laziest.

There’ve been some popular presidents who hail from Arkansas, but that doesn’t lend them any extra virtue. Arkansas was found to be the third worst state for anger and hatred, the fifth worst for excesses and vices, and the fourth worst for lust and laziness.

The third most jealous state? That’s Michigan. And that high ranking is part of what made them the eighth most misbehaved state overall. They also scored sixth when it came to the highest amount of anger and hatred as proven by crime statistics.

All those Chicago beauty parlors add up to a whole lot of vanity. Illinois scored sixth most vain, and while they had no other glaring sins, all of their misconduct put together added up to make them the seventh worst-behaved state overall.

People of Tennessee may be surprised to find that they rank first for anger and hatred. They’re also third for excesses and vices like drinking and drugs and the eleventh state most plagued by lust and desire.

The state of Georgia is the second most jealous and also the second worst for the sin of lust. When it comes to laziness, they rank sixth, so maybe a few more gym memberships could do them some good.

Everything is bigger in Texas — including sins. The Lonestar state is most notorious for their occasions of lust — they rank first for that. Still, sins of the flesh aren’t the only ways that Texans are misbehaving. They also scored seventh for jealousy and vanity.

There is literally a place in Nevada that’s nicknamed Sin City, so it’s no surprise that this state made the list of worst behaved. Nevada is both the greediest and the laziest state in the nation and ranked fifth for jealousy overall.

Ah, Californians. They’re the second most vain state and the fifth most lustful, according to the survey. They’re also the ninth most jealous state even though they try to play it so cool.

The most sinful, least-behaved state in the union is known for so much more than just retirees and one famous mouse. Florida is also the number one most jealous state, the fourth most vain, seventh laziest, and eighth most lustful. Overall, they’re the worst of the worst — and it shows.

Read more: The Most Dangerous States in America