Drink Up the History at the 15 Oldest Bars in America

Some people love history. Some folks enjoy drinking and sampling some of the world’s best beers while doing so. As it turns out, there are a lot of locations that cater to both interests. If you want to enjoy history while enjoying a drink, you have to head to the oldest bars in America. Unfortunately, if you need help the morning after visiting any of these bars, you’ll have to plan your visit to the cities that love coffee the most separately since they’re far away. The location at No. 4 predates the Revolutionary War by decades, and it’s not even close to being the oldest establishment in the United States, according to Brookston Beer Bulletin. 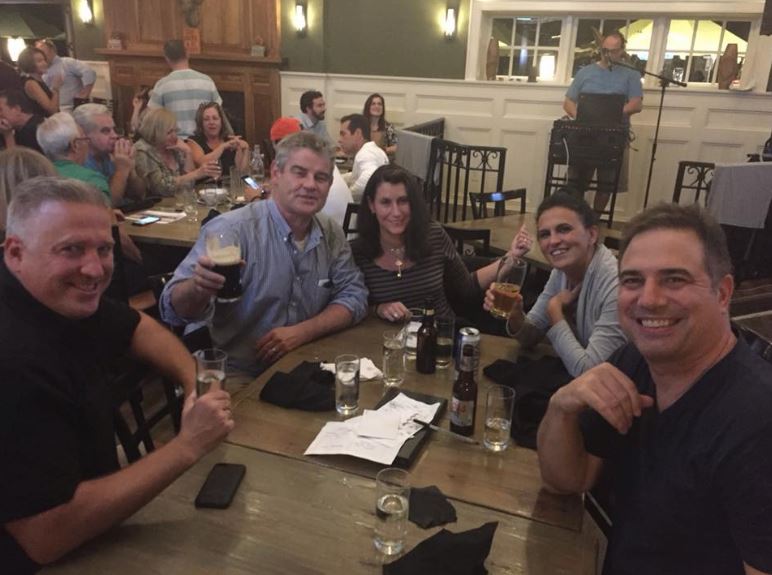 We start our countdown at Brittingham’s in southeastern Pennsylvania. What was once called The Trooper and The Farmers and Drovers Hotel transformed into Brittingham’s in the 1970s, more than 200 years after it first opened the doors.

Next: It’s not near a big city. 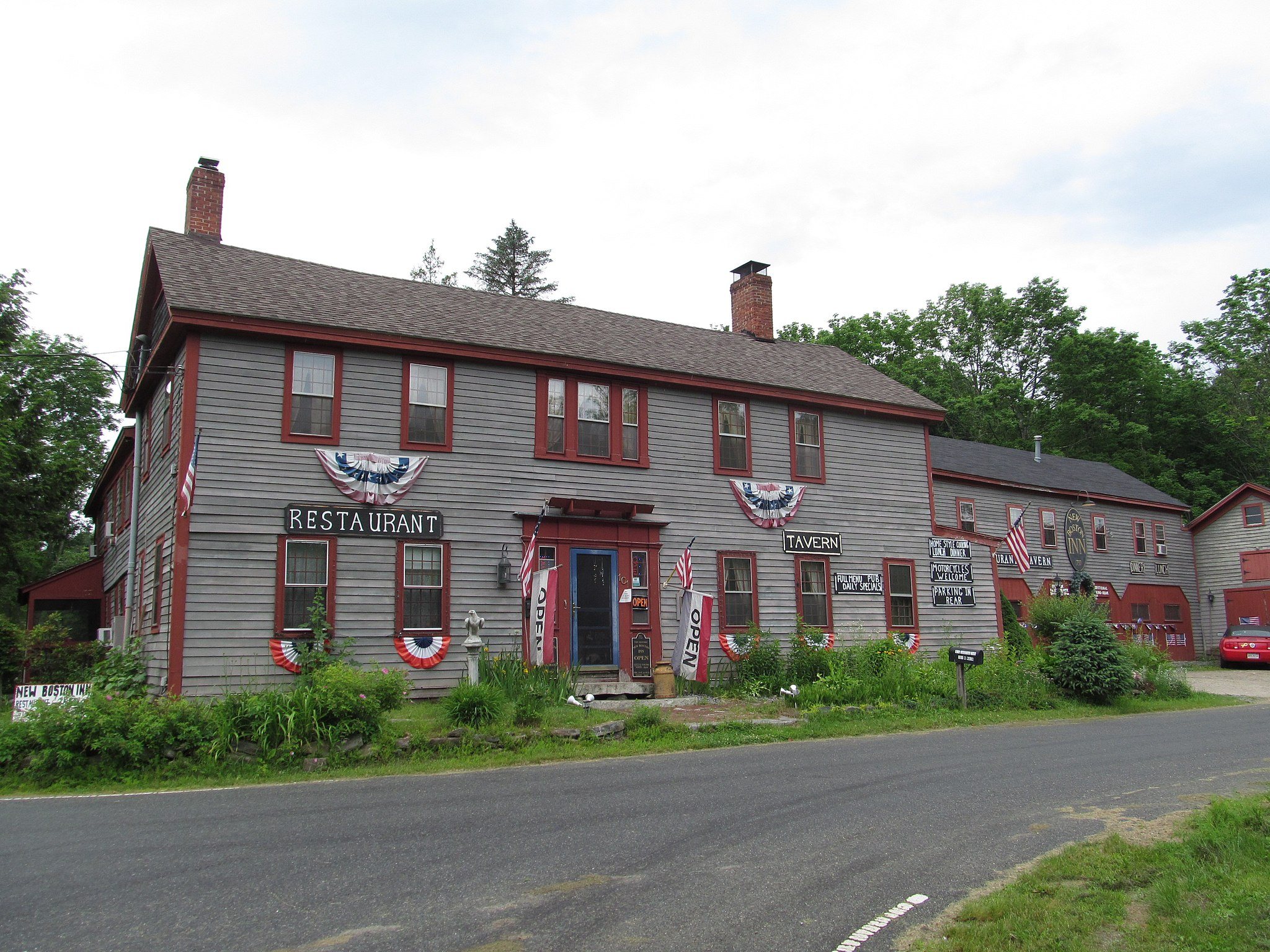 New Boston Inn is on the road from Boston to Hartford. | John Phelan/Wikimedia Commons

Most of the oldest bars in America we’re going to see on our list reside in coastal towns, near water, or close to big colonial cities. The New Boston Inn doesn’t fall into either category. It’s more than 100 miles from Boston, but it’s a little bit closer to Springfield, Massachusetts, and Hartford, Connecticut. Regardless, it’s closing in on its 300th birthday.

Next: This establishment really appeals to history buffs. 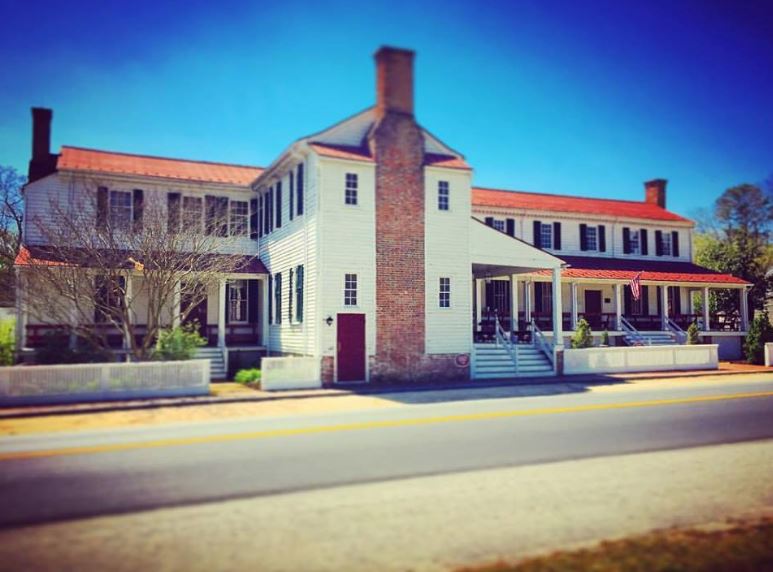 The Hanover Tavern sits in a city with the same name and dates to 1733, but that’s not the only reason it appeals to history buffs. The on-site theater is part of the throwback experience as it recalls a time when local taverns were one-stop spots for entertainment.

Next: Talk about deja vu. 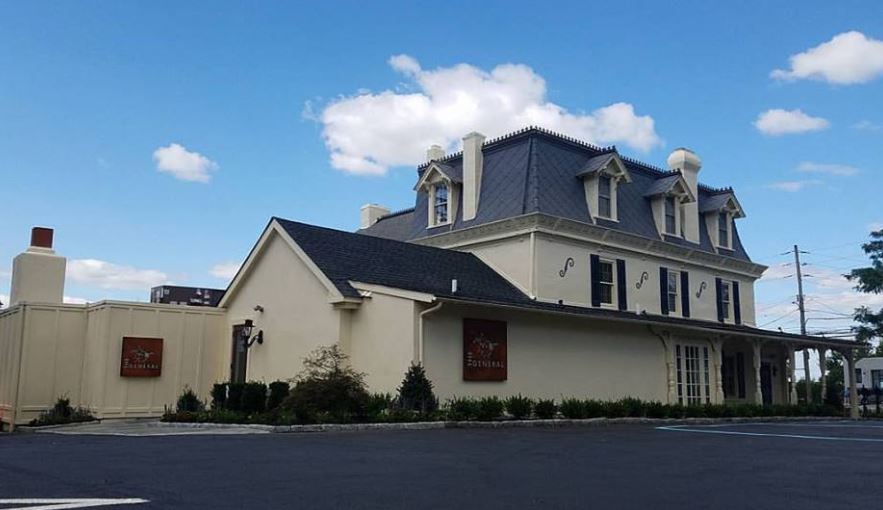 The building housing The General predates the Revolutionary War. | The General via Facebook

Yes, we’re back in Lafayette Hill, Pennsylvania, northwest of Philadelphia. No, you’re not experiencing deja vu. Two of the oldest bars in the U.S. are in town. Not only that, but they’re two buildings apart. You have to walk just a couple of hundred feet to get from The General (formerly Barren Hill Tavern and Brewpub) to the slightly older Brittingham’s Tavern

Next: This old establishment is a day trip away from three big cities. 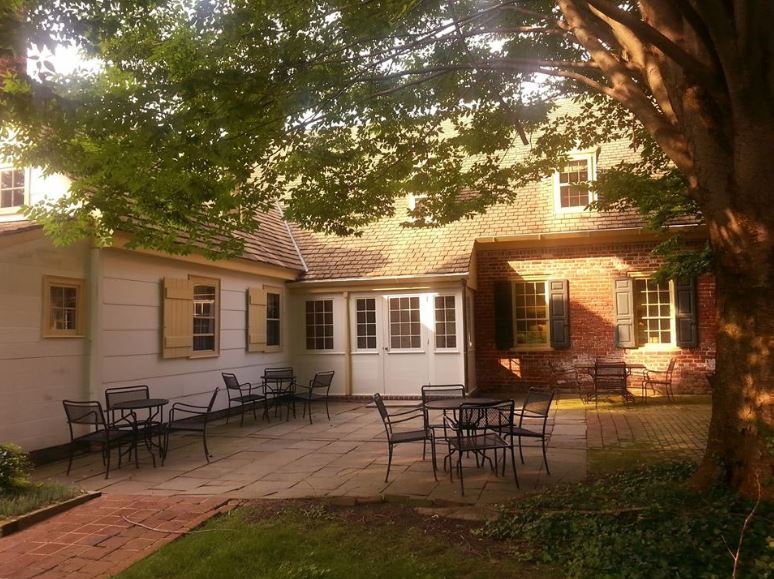 These days, the White Swan Tavern is a day trip away from Baltimore, Philadelphia, or Washington, D.C. In colonial times, however, it stood alone near the Chester River in rural eastern Maryland. The building that houses one of America’s oldest bars dates to 1730, although it started out as a tannery, not a tavern.

Next: A world away from the modern day. 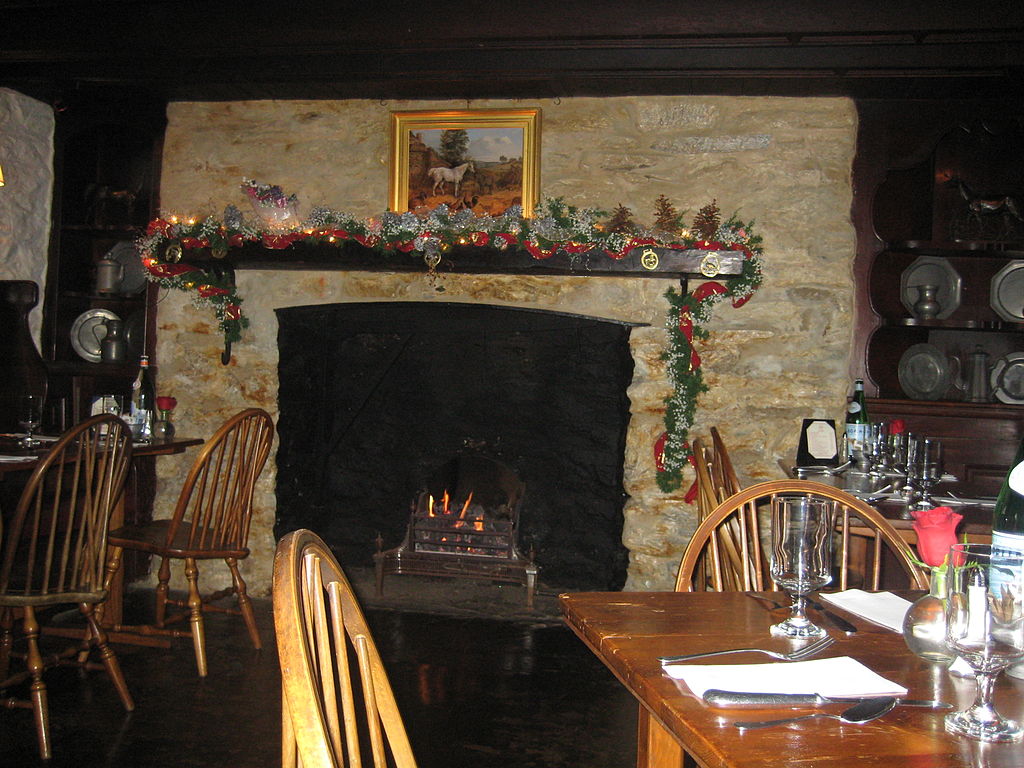 The Red Fox Inn is a world away from the modern day. | Andrechinn/Wikimedia Commons

No, we’re not talking about Redd Foxx, one of the most famous actors who died on set. The Red Fox Inn isn’t too far away from Dulles, one of the ugliest airports in the United States, but it might as well be a world away. The historic building in downtown Middlesburg isn’t just serving alcohol. You can spend the night, too, in one of the many guest rooms on site.

Next: You get a river view at this old bar. 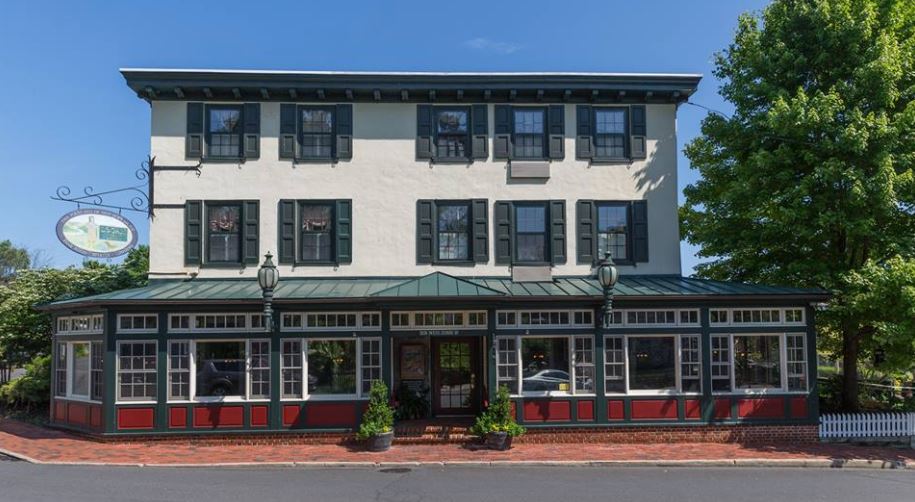 The Logan Inn is coming up on its 300th birthday. | Logan Inn via Facebook

The Keystone State is well-represented on our countdown, and we’re back again. The Logan Inn, on the banks of the Delaware River in New Hope, is one of the oldest bars in America as it’s been serving up beer and cocktails continuously since 1727. Still, there’s one bar in Pennsylvania that’s older, which we’ll visit in a minute.

Next: Let’s spend some time in a coastal state. 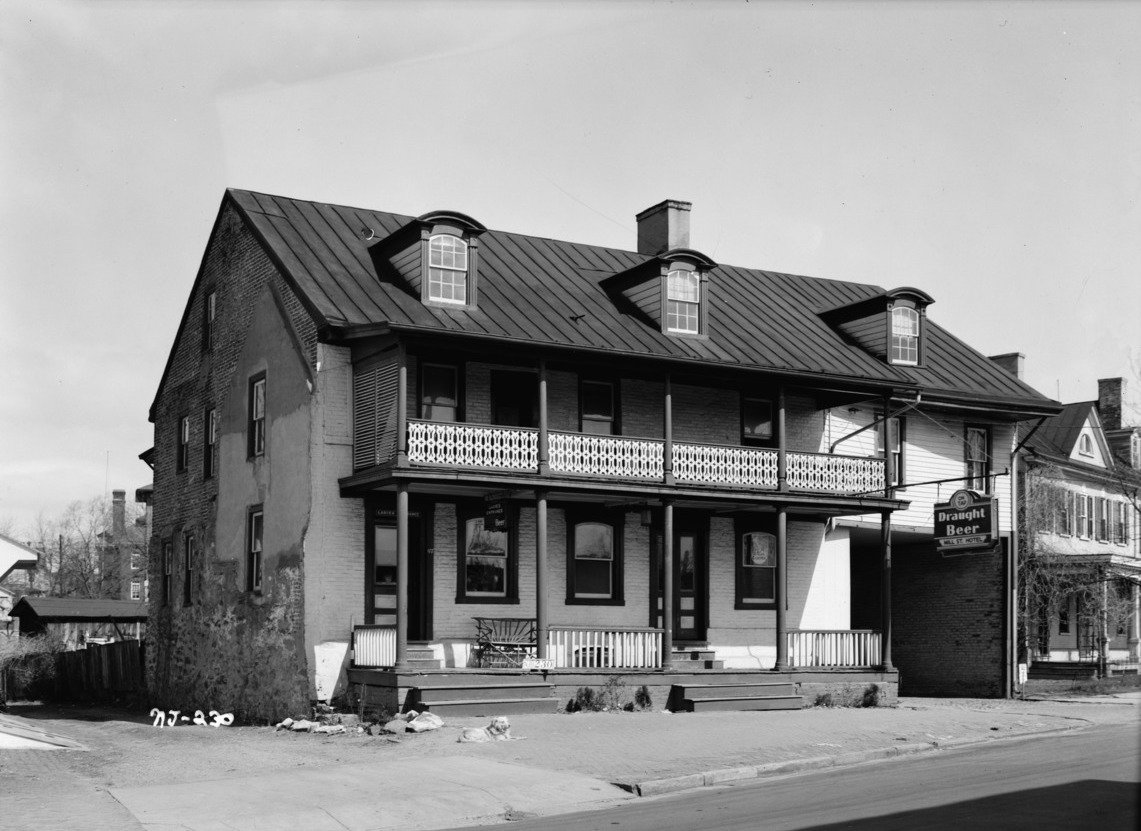 Forget about being one of America’s oldest bars. The Three Tuns Tavern is one of the oldest buildings in the United States, period. The reportedly haunted hotel and tavern existed in colonial times, so if you want to live a little bit of history, you have to head to Mt. Pleasant.

Next: The liquor license remains the same all these years later. 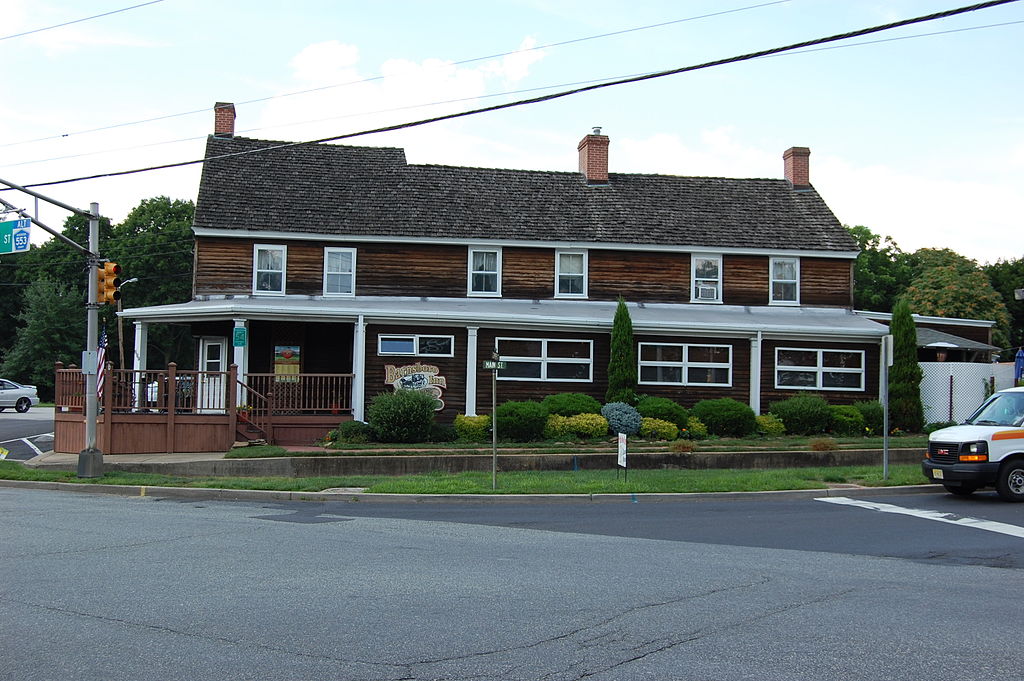 The Barnsboro Inn’s original liquor license is still the one they use today. | Opusiv/Wikimedia Commons

Even though the tavern at the Barnsboro Inn didn’t open until 1776, the building it’s in dates to 1720. Thirsty drinkers have been able to enjoy drinks in this bar south of Philadelphia ever since. All the owners since the 18th century have used the same liquor license from the 1700s. 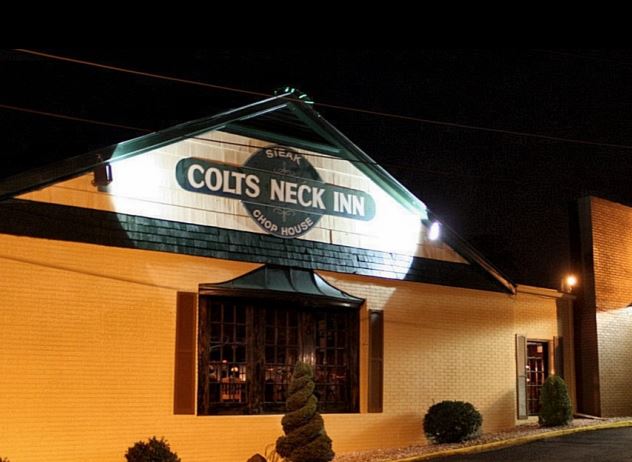 Sorry, Colts Neck Inn, we totally forgot your 300th birthday. We promise we’ll stop by for a drink and a nice dinner next time we’re in town. Even if that takes a bit longer than we expect, we’re sure you’ll survive. After all, you’ve survived three centuries so far. We’re pretty sure your landmark bar can make it another few years until we get there. Will you be able to give us directions to Bruce Springsteen’s childhood home in Long Neck when we get there? Thanks.

Next: On the road again. 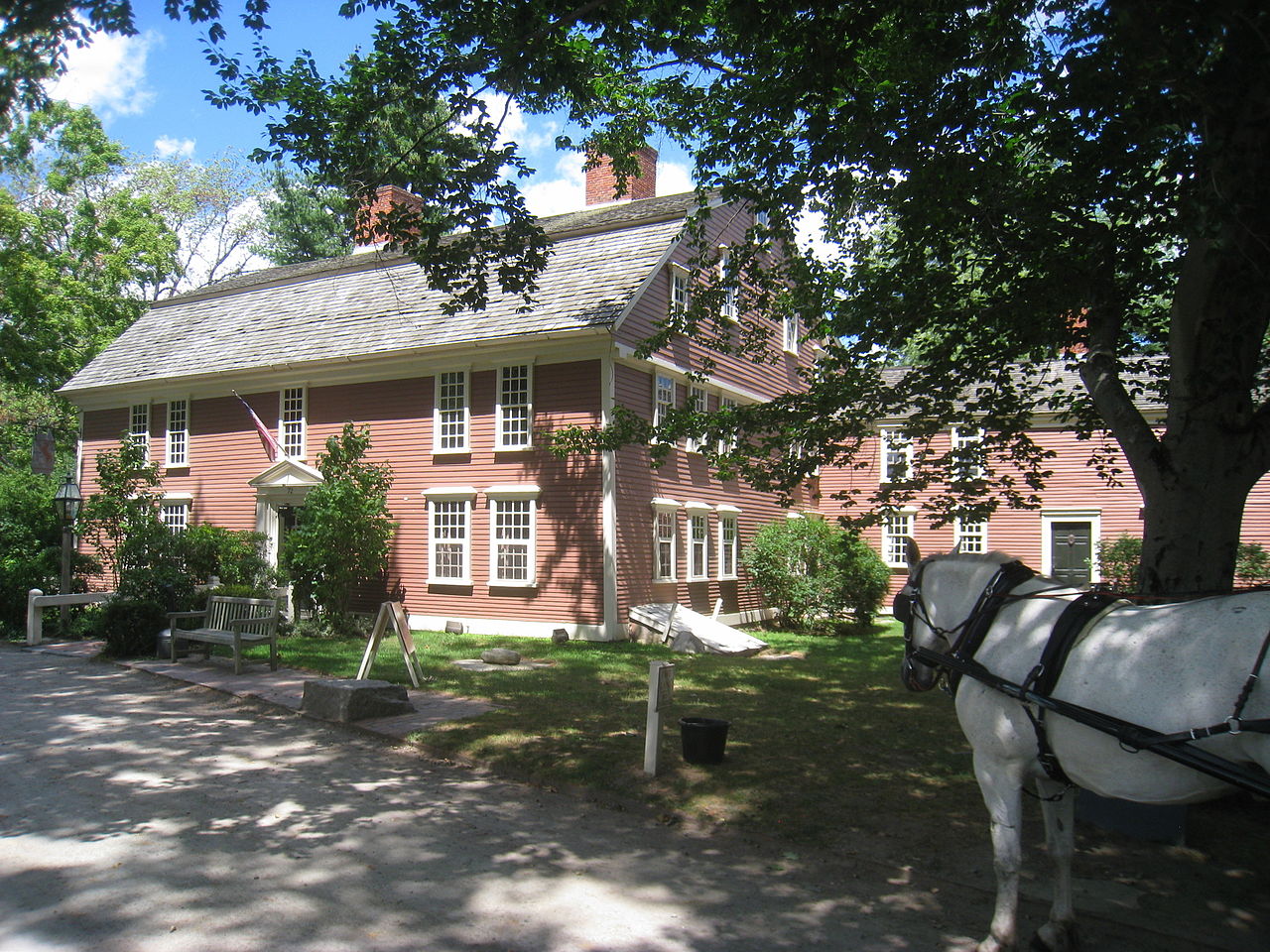 Longfellow’s Wayside Inn has been offering beds and beverages for hundreds of years. | Daderot/Wikimedia Commons

Longfellow’s Wayside Inn, one of the oldest bars in America, rests between coastal Boston and inland Worcester, Massachusetts. It was a perfect stopping point for colonial travelers on the road from or to Boston, and it’s purportedly the oldest operating inn anywhere in the United States.

Next: It predates the Revolutionary War by decades. 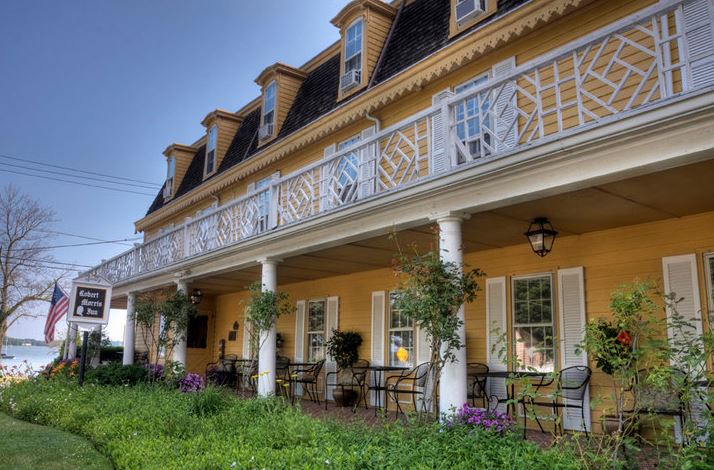 Nearly 70 years before the Revolutionary War and the Declaration of Independence, colonists were downing drinks at the Robert Morris Inn. The inn and tavern are on a peninsula jutting out into the Tred Avon River and Choptank River, and Oxford used to be one of Maryland’s largest ports, so there is a lot to see besides the inn.

Next: This old bar does double duty. 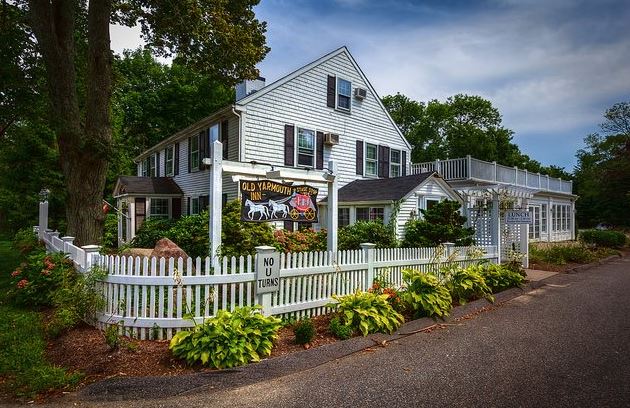 Even if you omitted the word old from the Old Yarmouth Inn, you would still know it is one of the oldest establishments in the United States. The tavern has been serving up drinks since the late 17th century, and it does double duty. It’s not really an inn anymore, so you can’t stay overnight, but it’s apparently haunted by friendly spirits. You’ll have to pay for the drinks, but fright fans can get the goosebumps for free.

Next: We’re back again. 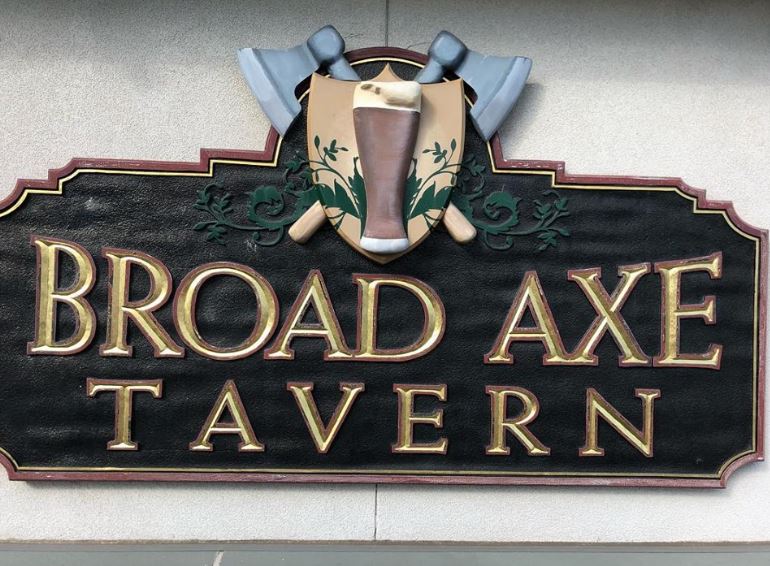 Remember how we mentioned Pennsylvania is well-represented on our list? Well, we’re back again. Not only that, but we’re in an area we’ve already visited twice. The Broad Axe Tavern in Ambler is only five miles away from Brittingham’s Pub and The General in Lafayette Hill. Like many old buildings, the Broad Axe has its share of ghost stories. 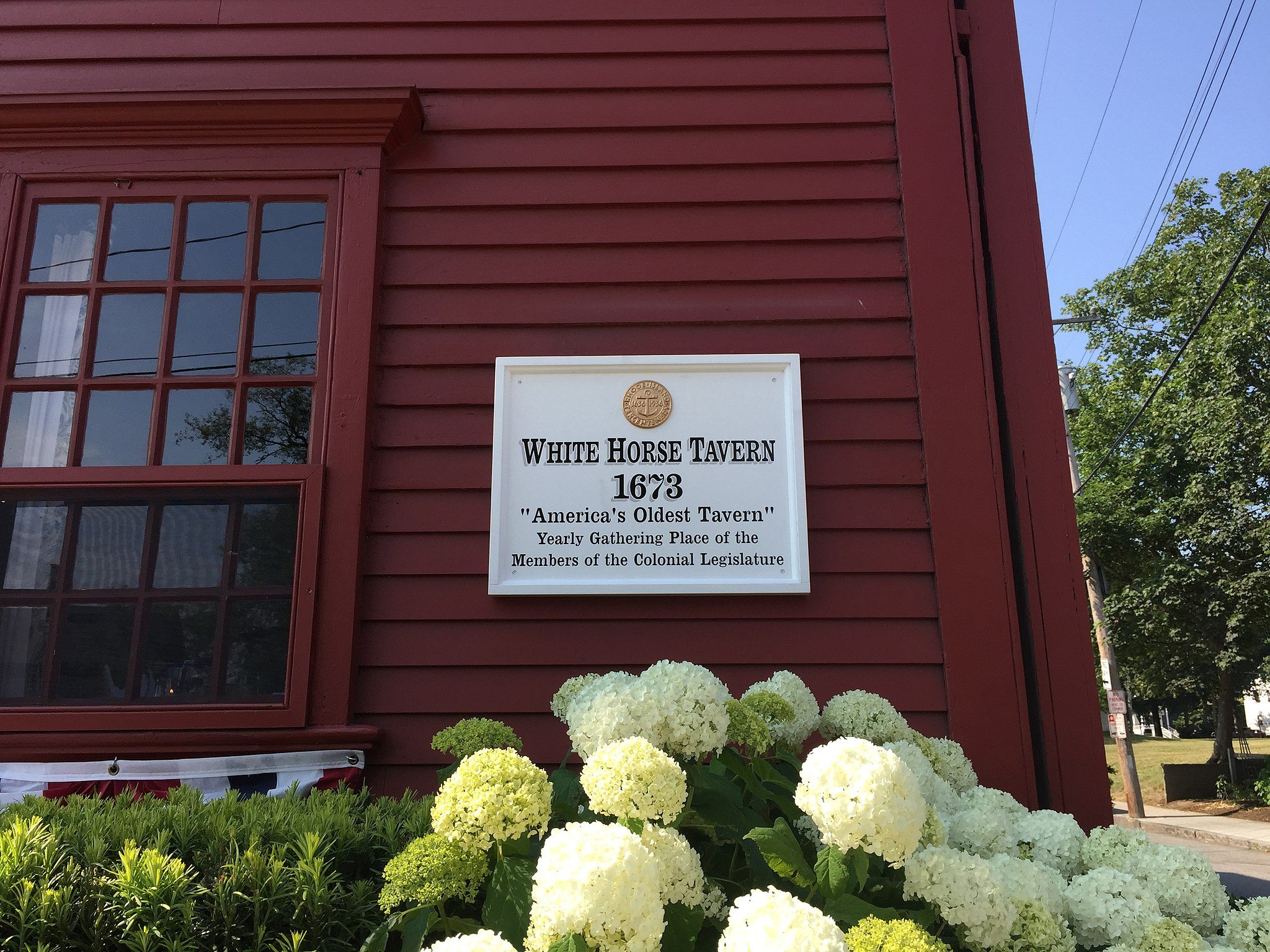 The White Horse Tavern opened in 1673, and the building is older than that. | Springfulutopia/Wikimedia Commons

People have been sipping drinks at the White Horse Tavern since 1673, which makes it the oldest bar in America by nearly a decade. But the building housing the tavern actually dates to 1652, according to the tavern website, making it one of the oldest buildings in the U.S. regardless of purpose.

The White Horse is a perfect place for a certain set of sports fans. Before or after sipping a drink at the oldest bar in America, you can check out the bios of Steffi Graf, Lindsay Davenport, and some of the other richest female athletes ever at the nearby International Tennis Hall of Fame.