Revealed: What Walmart’s Best-Seller Is in Every State

The next time you make a grocery run to Walmart, look around. You might be surprised at some of the off-the-wall things people pick up from America’s biggest brick-and-mortar retailer.

Business Insider compiled a list of the most bizarre items that are Walmart’s best-seller in each state. See if your state is featured here; you’ll be surprised by what interesting items you just might see your fellow shoppers grabbing up. 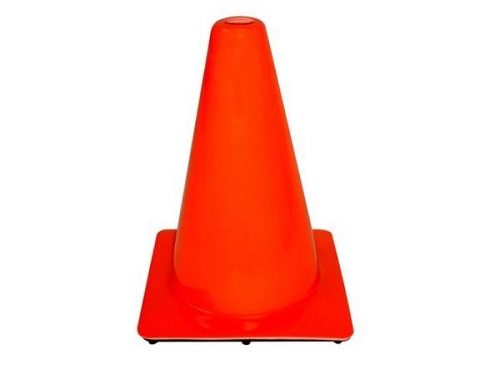 Traffic cones are a best seller at Tennessee Walmarts. | Walmart

People in Tennessee seem to be stocking up on traffic cones during their Walmart shopping trips. This is particularly baffling because traffic cones aren’t exactly an impulse buy. This leads one to ponder what people could be using these bright objects for: Driving school? Saving parking spots? This may remain a mystery to those living outside of the state.

Next: A fall staple is popular year-round.

Canned pumpkin is a best seller in Nevada. | iStock

Canned pumpkin seems to be a very versatile food. It’s used in soups, muffins, butter, pancakes — and of course, pumpkin pie. Just why it’s all that popular in Nevada is unknown. And if native Nevadans remain a small minority of the state’s residents, wouldn’t they be going somewhere else to eat their homemade pumpkin pie for the holidays?

Next: An unlikely dessert is a best-seller.

Your first thought might be: Maybe lemon cake is the official state dessert of South Dakota. Interestingly, the answer is no: Its official dessert is a coffee cake-like pastry called Kuchen.

Even more bewildering, lemon isn’t even a popular cake flavor to begin with. According to one survey, it ranked eighth of 10 according to people’s preference. But who are we to tell South Dakotans otherwise? Let them have their lemon cake and eat it, too.

Next: The cleanest state in America? 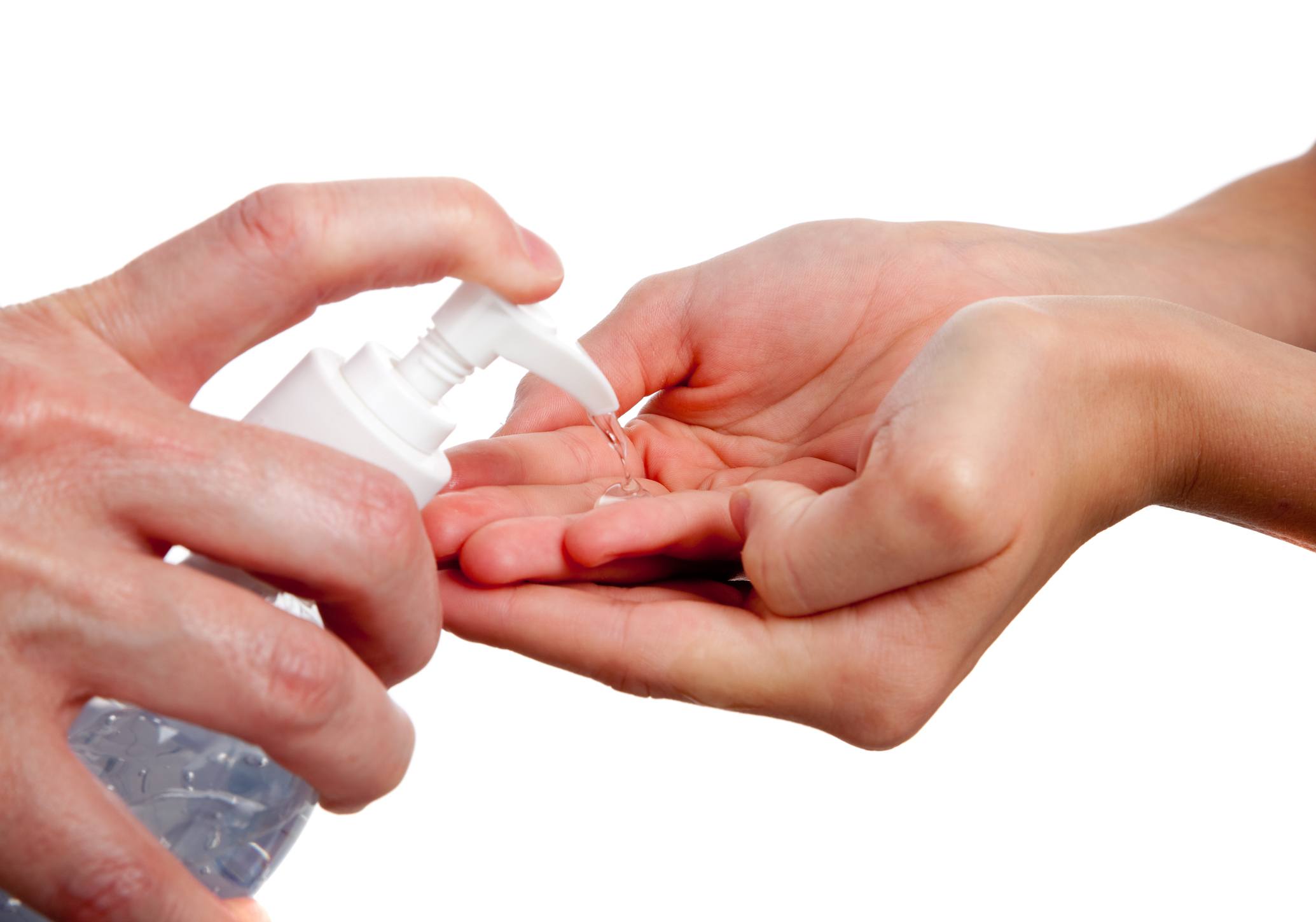 In The Hoosier State, keeping healthy is apparently a big priority — and they’ve got the hand sanitizer to prove it. This common item for backpacks and purses is the most popular purchase at Walmart among Hoosiers. What a lifesaver to have around when you’re at work and school, especially during cold and flu season.

Next: A lot of cutting is going on in one state. 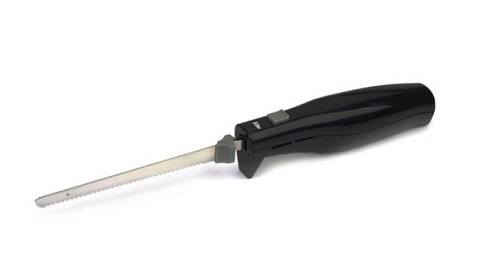 Electric knives are popular in the state of North Carolina | Walmart

Maybe electric knives are all the rage in North Carolina, or maybe people are just looking for new and easier ways to cut their food. Regardless, this type of product is one of the dominant Walmart sellers in the state. These handy tools make cutting easier and range from $7 to $33 at the store.

Next: States duke it out over a popular dessert. 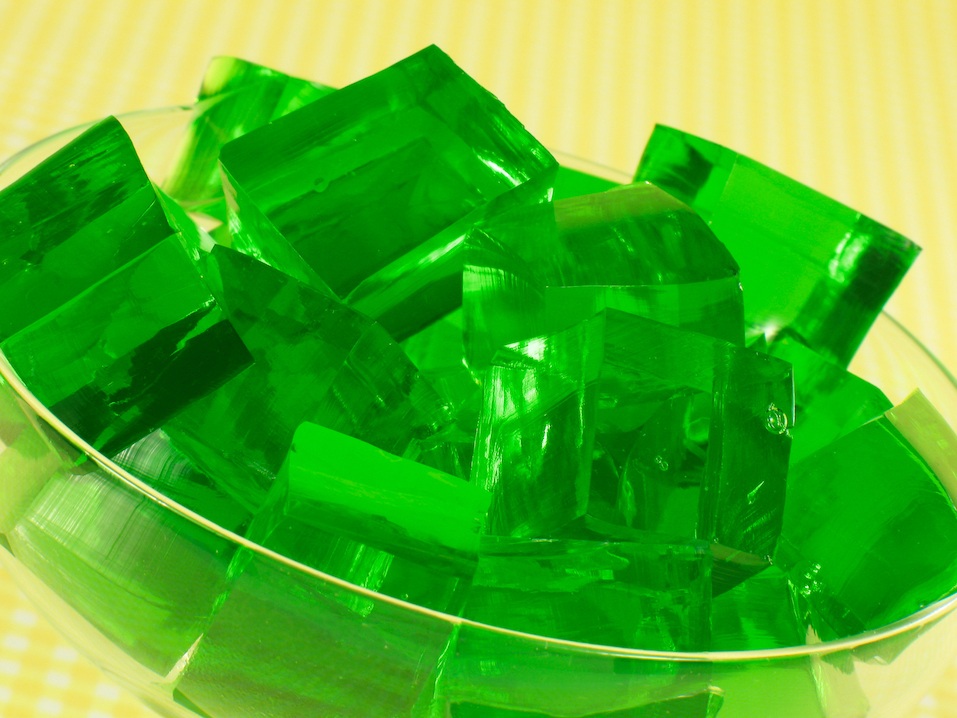 Is Jell-O more popular in Utah or Rhode Island? | iStock.com/DreamBigPhotos

Jell-O fun facts: In the early 1900s, the four original flavors of Jell-O were lemon, orange, strawberry, and raspberry. Now there are 22 flavors. In 2001, it was revealed Salt Lake City had the highest Jell-O consumption in the world. Jell-O went on to become the official state snack of Utah.

However, a new state is threatening to take over the record: Rhode Island. Jell-O is the top seller at Walmart stores there.

Next: A traditional past-time seems especially popular in one Midwestern state. 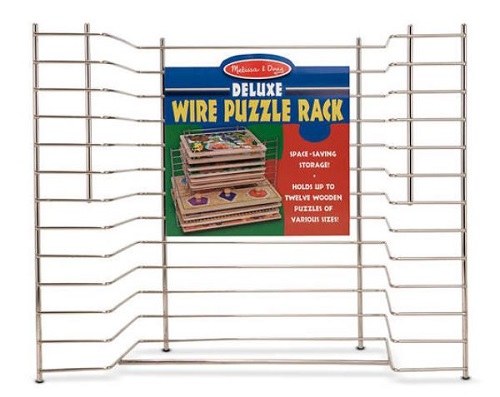 Who knew puzzles were so popular in Illinois? But a nice rack for storing them can come in handy. And you surely need a sturdy mat to roll up your unfinished work for later. No one seems to get that better than folks from the Land of Lincoln. Walmart’s puzzle storage items range from $18 to $70.

Next: A traditional snack food wildly popular in the deep south 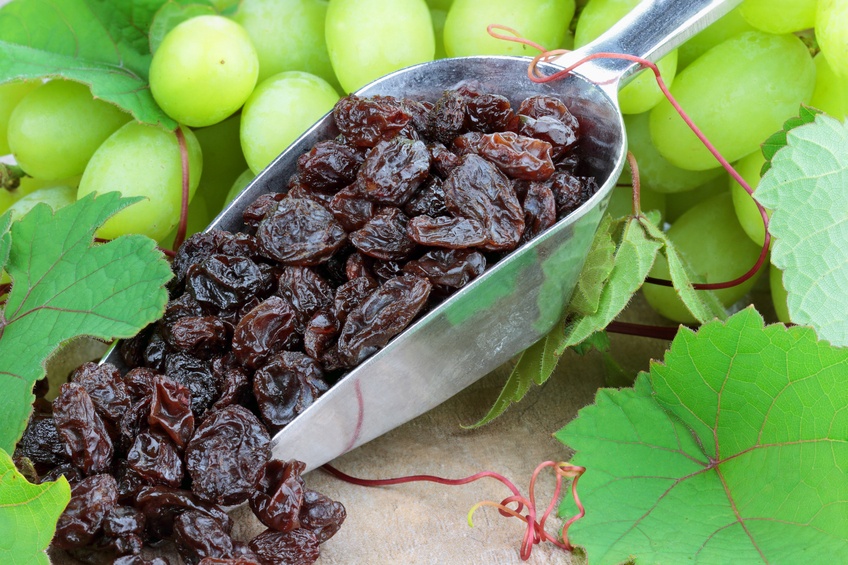 Raisins are a favorite of Walmart shoppers in Louisiana. | iStock

Next: Grads in this state are especially proud. 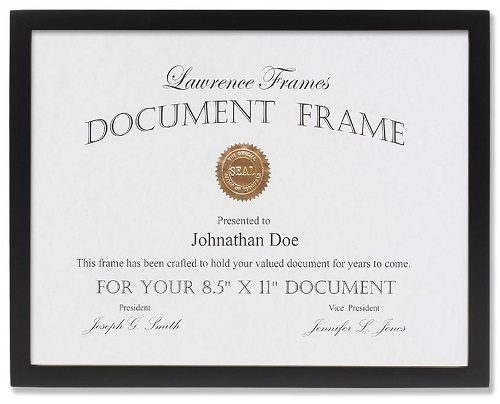 Marylanders are proud of their diplomas and want to display them. | Walmart

At first glance, this seems pretty random for the top seller in an entire state. But hey, if you’ve worked hard for a degree, why not put it on display?

Based solely on their Walmart buying habits, perhaps no one has more degrees or is prouder of displaying them than Marylanders.

Next: This state better have a dentist on standby. 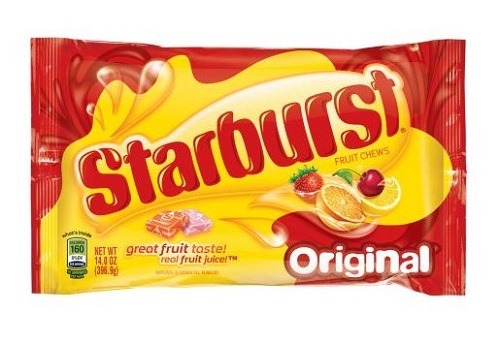 Maybe it’s for a little sugar during long hikes, but Washingtonians seem to be big fans of Starburst fruit chews. The candy is the most popular seller at Walmart stores across the state. Whether people there prefer the traditional multi-flavored packs or the limited-edition, all-strawberry option remains unknown.

Next: Another Northwest state especially fond of snacks 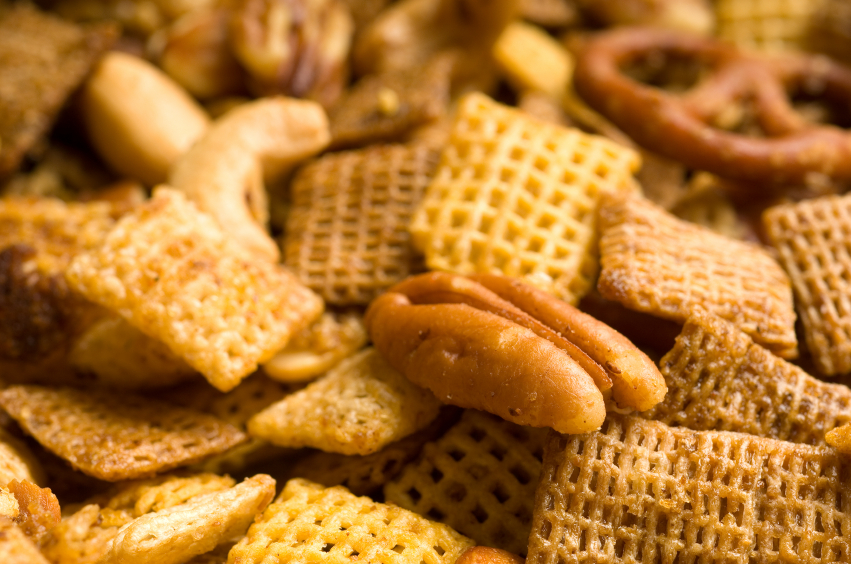 If you live in Oregon, chances are you buy a lot of Chex Mix from Walmart. | iStock

Oregon is yet another northwest state that loves a particular snack food — in this case, Chex Mix. (Are we starting to see a pattern?) Why this particular packaged snack, made of Chex cereal, pretzels, nuts, and more holds so much popularity in the state remains a mystery.

Next: An iconic kids’ toy equally popular in two states 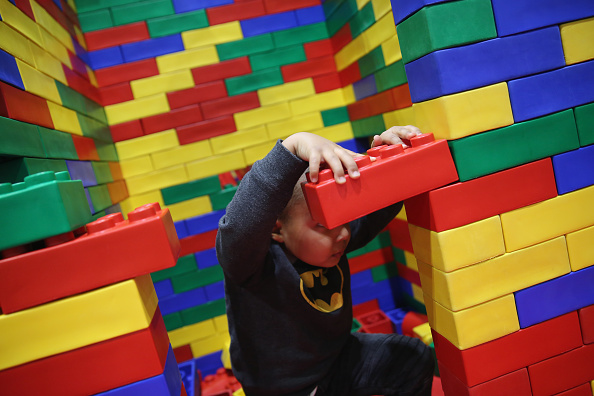 Legos are popular sellers at Walmart in Kentucky and Pennsylvania. | Getty Images

Germany may be the country that buys the most Legos per person — but in the U.S., the blocks are the top seller at Walmart in the states of Kentucky and Pennsylvania. This one might be less baffling than the rest of Walmart’s top sellers; Legos have proven to be more than a fad. They’re timeless.

Next: A sports drink popular in a state not known for its sports 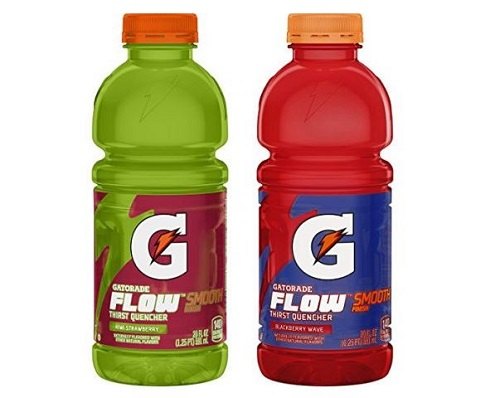 Gatorade is a popular seller at Walmarts in Idaho. | Walmart

Although Idaho isn’t known for having any major league sports teams, there must be quite a few athletes in the state. That would explain why Gatorade is in such high demand there. (Boise has a handful of teams that play football, baseball, hockey, and basketball, so perhaps that’s where the drink’s popularity stems from.)

Next: Southwestern folks must be burning through these appliances. 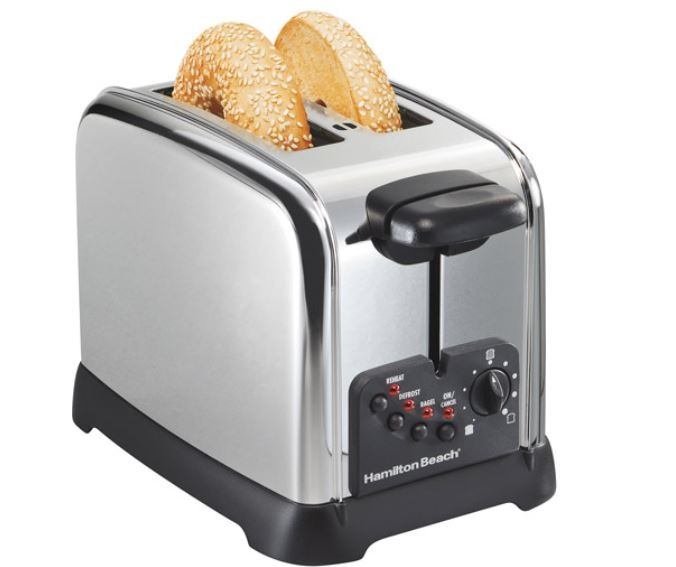 People in Arizona sure love their toasters. | Walmart

A toaster is an important household staple, but its status as a statewide best-seller is puzzling at best. How many toasters could one household want or need? Does the average Arizona homeowner own and operate five or six toasters? Inquiring minds want to know.

Next: A baby item flies off the shelves. 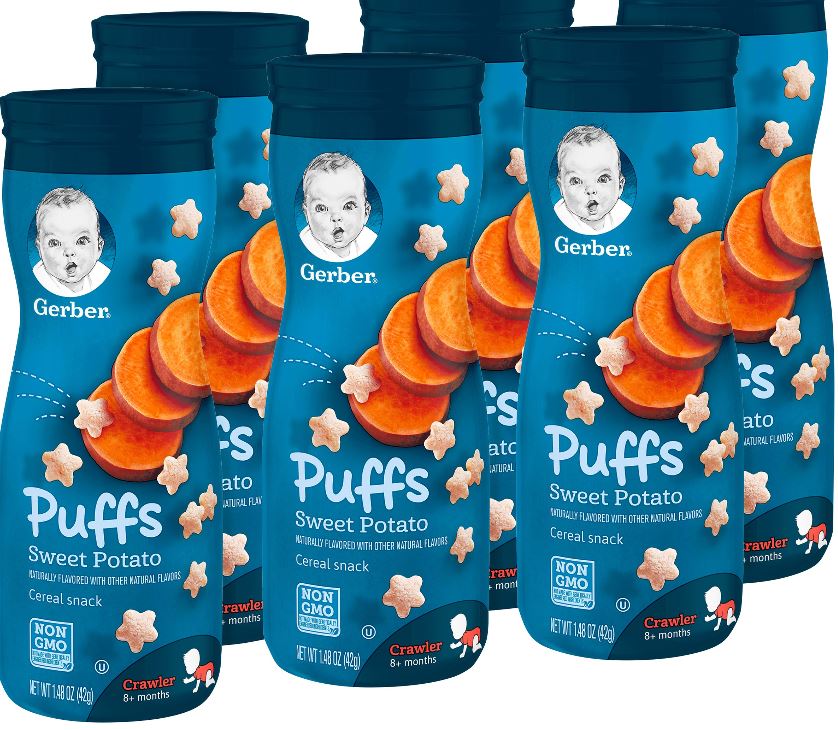 Virginia is full of baby puffs cereal lovers. Fortunately for them, the Gerber brand comes in a variety of flavors, including Sweet Potato, Peach Apple, Green Veggies, and more.

Any parent of a toddler will attest to the importance of stocking up on these popular snacks. It’s no wonder they’re flying off the shelves.