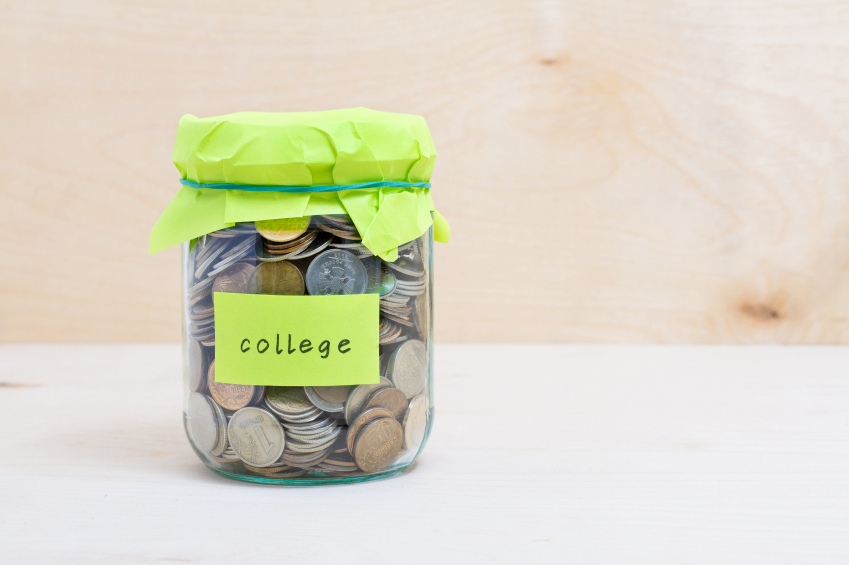 Once upon a time, it may have been possible to work your way through college. Combine a full-time summer gig waiting tables or working as a lifeguard with a few hours behind the desk at the school library or tending bar during the school year, and you could cover your tuition costs and maybe pay your rent too. Those days are long gone, as anyone who’s taken a look at current college costs knows. Now, there’s even more proof that most students and families can’t afford higher education unless they take out loans.

In many states, working 40 hours a week at minimum wage would still leave students unable to cover their tuition and other expenses at a four-year college, according to a report from The Institute for Research on Higher Education at the University of Pennsylvania. Community colleges are cheaper, but even at these more modestly priced institutions students usually need to work at least 20 hours a week, and sometimes much more, to cover all their expenses.

Parents are also stretched thin. In states like Pennsylvania, New Hampshire, Oregon, and Illinois, they would need to contribute more than 30% of their annual income to college costs if they wanted their child to graduate debt-free, the 2016 College Affordability Diagnosis found. For low- and middle-income parents, the cost burden is often much higher.

Faced with high costs, students have a few unappealing options: “They can take fewer credits — which will lower the price for a given term. They can work more to be able to cover the increases in college expenses. Or they can borrow more money,” William Doyle, co-author of the report and an associate professor of public policy and higher education at Vanderbilt’s Peabody College, wrote. The first two make it less likely that they’ll actually complete their degree, research shows, while the third saddles them with debt.

“This study shows how the deck is stacked against low- and middle-income Americans when it comes to paying for college,” Joni Finney, another of the report’s authors, said in a statement. “Without policy changes, the data point toward a problem that will only worsen. That paints a bleak picture for millions of Americans.”

The affordability problem exists at colleges across the United States, from two-year schools to private research universities, according to the report. (Affordability was defined as the total costs — minus financial aid — of attending college relative to a family’s income.) But it is much more acute in some states than others. These seven states have the least affordable colleges and universities in the country. 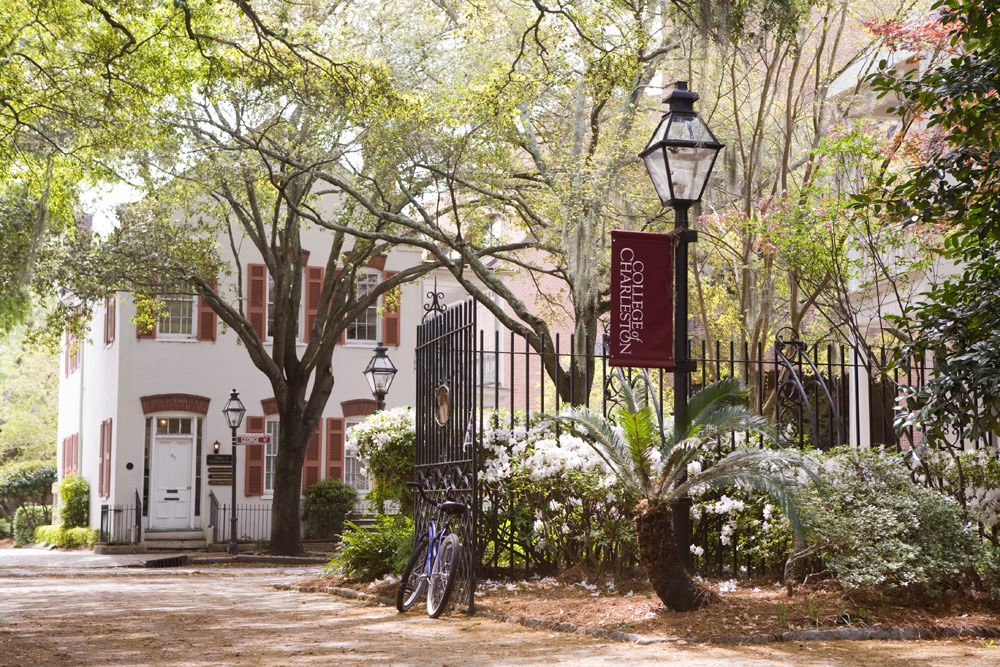 Families in South Carolina need to spend between 33% and 37% of their income to send a child to a public, four-year school. A student paying for college on her own would have to work 40 hours a week to cover the cost of attending a public research university and 23 hours to attend a community college.

Education is particularly costly for the state’s poorest residents. Twenty-eight percent of South Carolina families earn less than $30,000 a year, and covering the cost of attendance at a four-year public research university would eat up 87% of their income. Even more affordable community colleges would suck up 41% of their paycheck. 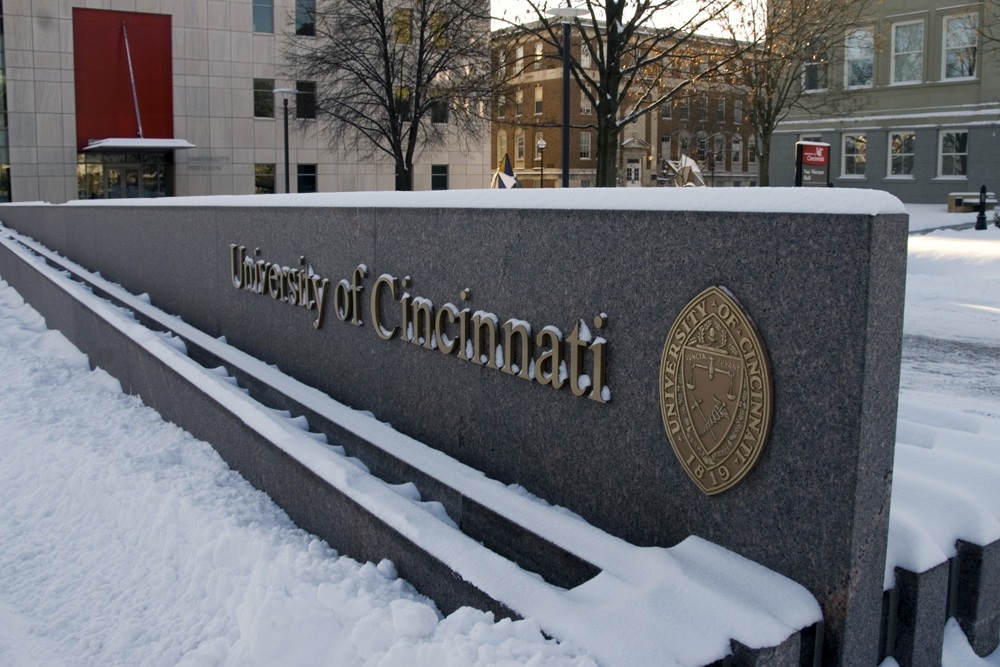 The amount of need-based financial aid Ohio provides to students is lower than the national average — $97 per student at public schools, compared to a nationwide average of $474. The average college student borrows between $3,496 and $5,398 per year, depending on what type of school they attend. 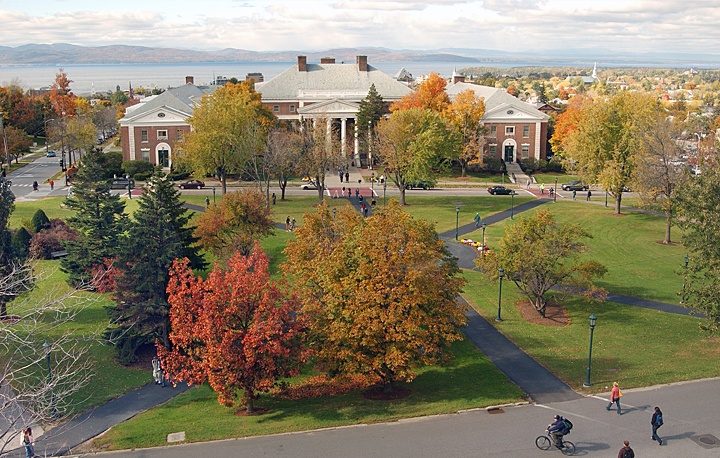 Number of hours you’d need to work to afford to attend a four-year, public research university full-time: 41 hours per week

Community colleges are supposed to offer a relatively affordable path to a degree, but that’s not the case in Vermont. The state has the third-most expensive community college system in the country, with the average family needing to fork over 29% of their income if they wanted to cover all the costs without taking out loans. For low-income families the costs are even more severe: 62% of annual income would have to go to community college tuition for the 17% of Vermont families making less than $30,000 a year.

Although students can still work part-time jobs to cover the cost of community college in many states, in Vermont, you’d need to log 42 hours of minimum wage work per week to afford your associate’s degree. That’s about the same number of hours you’d have to work to afford tuition at the University of Vermont or one of the state’s other public four-year schools. 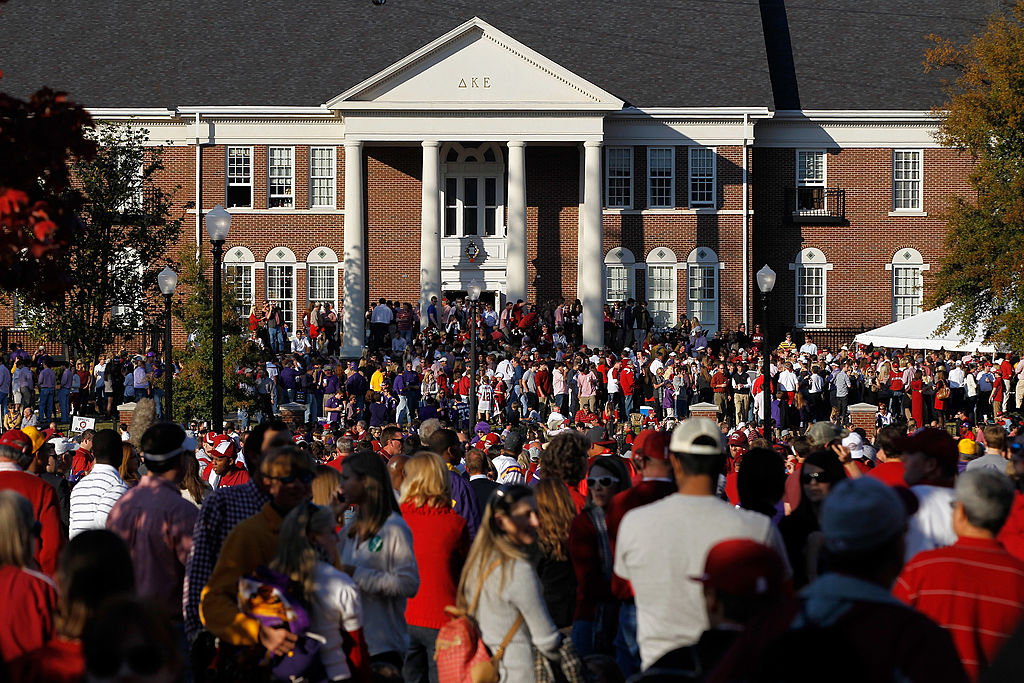 Number of hours you’d need to work to afford to attend a four-year, public research university full-time: 47 hours per week

First, the good news. Alabama’s community colleges, which enroll 35% of students in the state, are relatively affordable. Students would have to work 19 hours a week at minimum wage to afford to attend a two-year school full-time.

Public colleges and universities in Alabama are another story. A student would have to work 47 hours a week to cover costs at a public research university and 38 hours a week to attend other four-year public schools in the state. A family making less than $30,000 (a group encompassing 28% of the state’s families) would have to spend 73% of its income to cover costs at the latter. The state contributes an average of $21 in need-based and other financial aid to students attending public schools in the state, hundreds of dollars below the national average. 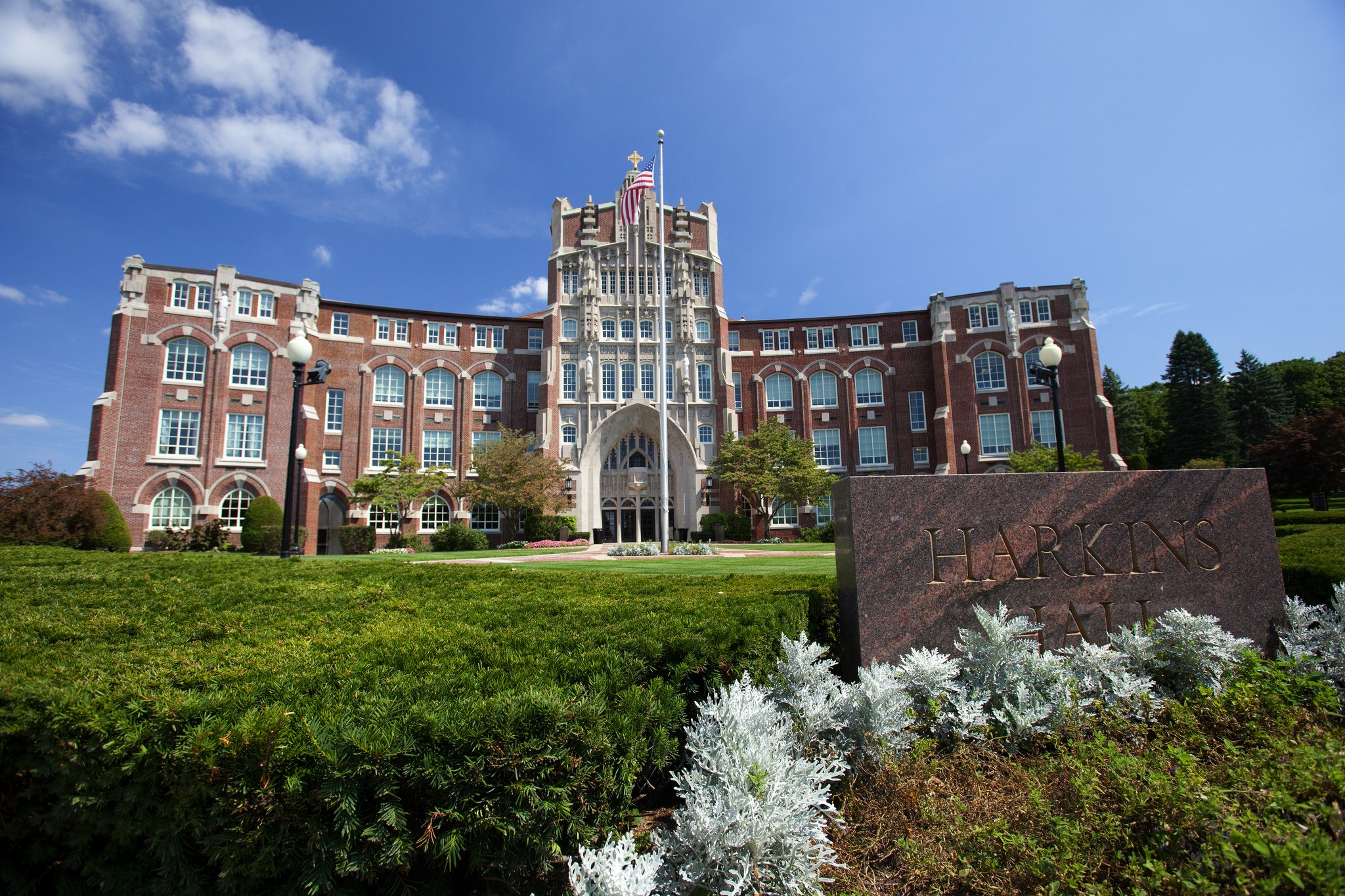 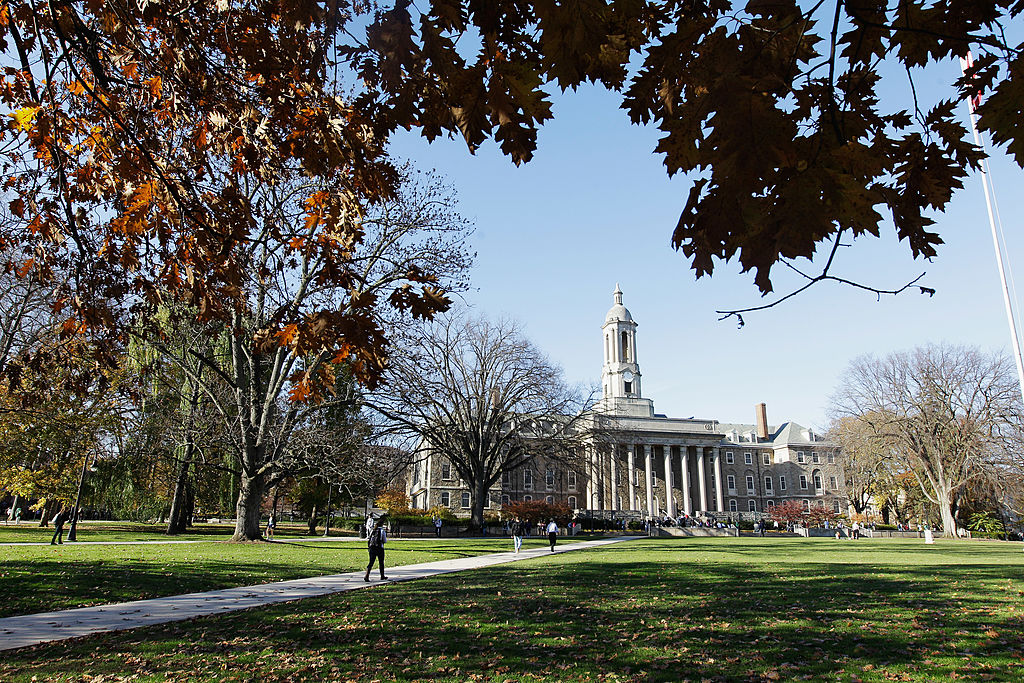 Though Pennsylvania provides fairly generous financial aid to students, it’s not enough to make up for tuition increases at colleges and universities across the state. The state has the most unaffordable public research universities in the country, and its other public universities are nearly as expensive.

A family earning less than $30,000 per year would have to pay 105% of their income to cover the full cost of attendance at a school like Penn State or Temple University. Even higher-income families must shoulder a significant financial burden if they want to avoid loans. A family making between $75,000 and $110,000 would have to spend 29% of their income to cover all college costs at one of the state’s flagship schools. 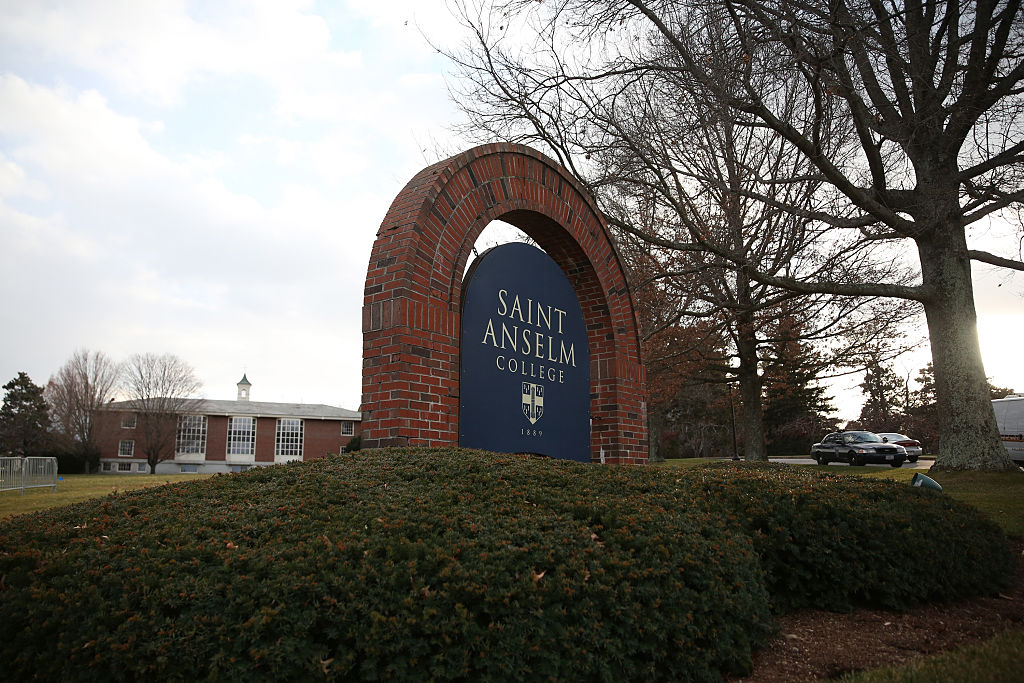 New Hampshire has the least affordable colleges and universities in the United States, according to the University of Pennsylvania report. Community colleges, public four-year schools, and private colleges are all among the most expensive in the country. The state provides no need-based financial aid to students, and most schools have become significantly less affordable since 2008.

Families earning less than $30,000 a year would have to spend more than three-quarters of their annual income to send a child to a public two-year or four-year school debt-free. The net price at community colleges is comparable to the cost of attending a four-year school for lower-income families, and students would need to work at least 48 hours a week at minimum wage if they hope to pay for an associate’s degree on their own.