Donald Trump Seems to Believe These Stereotypes About Other Countries, but Is He Right?

Donald Trump believes a lot of things. From his shocking comments about money to his surprising remarks on food, you may have gotten the impression at one point or another that the president has a very different view on reality than you do. That’s a common feeling for people around the world, who often hear Donald Trump speaking about their country in stereotypes.

Whether we like it or not, almost all of us buy into stereotypes, offensive or not. But how many of those stereotypes are true? 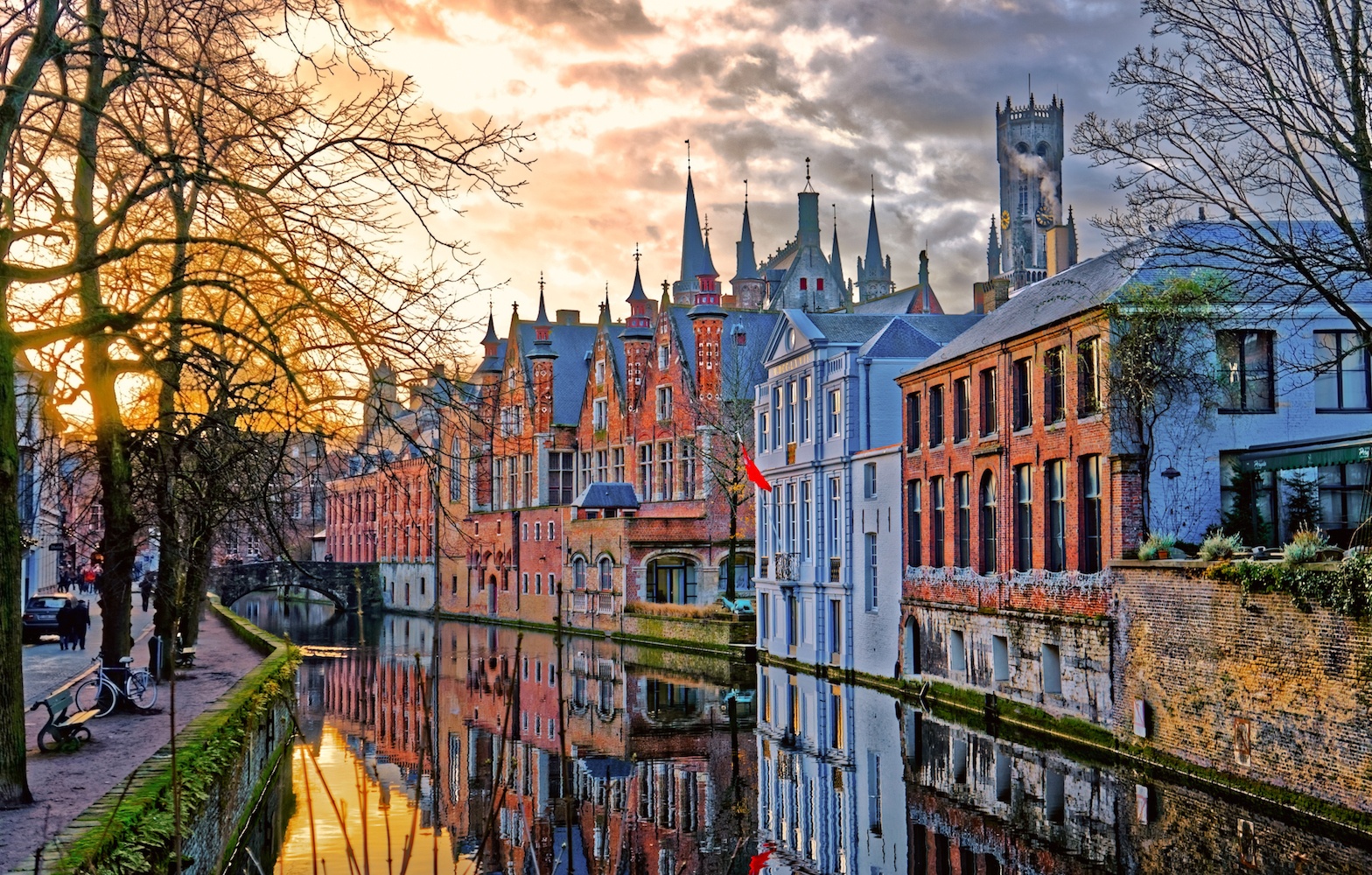 He has some conflicting opinions on the country. | serge001/iStock/Getty Images

One major stereotype about Belgium is that this European nation’s political system is a mess. Donald Trump definitely believes that this stereotype is true. The president once called Brussels a “hell hole” and a “mess.” But on another occasion, confusingly enough, he referred to Belgium as a “beautiful city.”

Belgium does have a complicated political system. But Trump particularly dislikes what he views as a lack of “assimilation” of the Muslim population in Belgium. Nonetheless, thousands of citizens of the country disagree. And many even protested Trump’s 2017 visit to Brussels.

Next: Donald Trump believes stereotypes about this country’s healthcare. 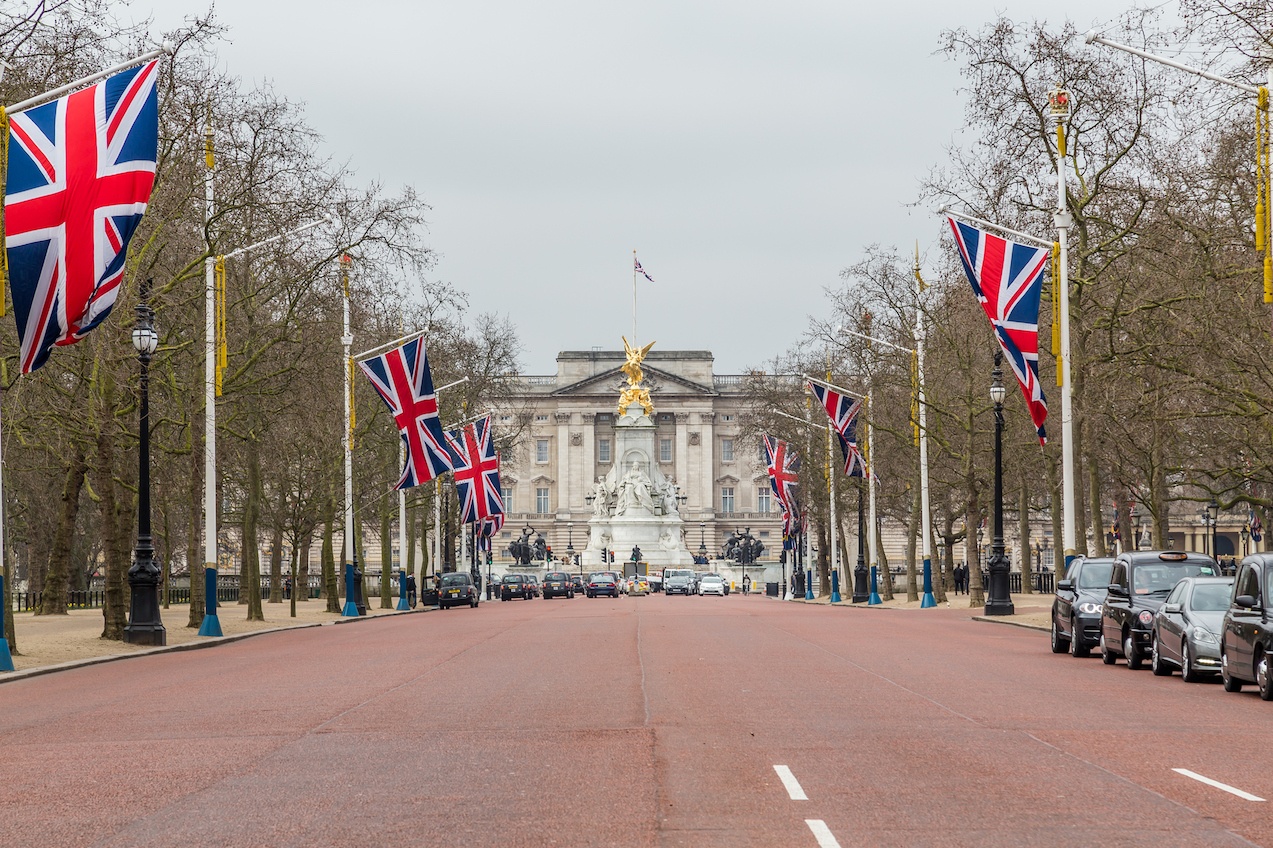 People in the U.K. would disagree. | mikeinlondon/iStock/Getty Images

Many Americans have bought into the stereotype that the United Kingdom offers terrible healthcare and dental care. (In fact, many think that the British have terrible teeth!) Donald Trump seems to believe this stereotype, too. The president characterized the British healthcare system as “going broke and not working.” His comments, however, annoyed people who prefer the U.K.’s universal coverage to a U.S. system that leaves millions uninsured.

Trump has insulted Britain on other topics, too. He once tweeted, “The United Kingdom is trying hard to disguise their massive Muslim problem,” for instance. But The Independent speculates that “every president since the War of 1812 would be astonished by Trump’s anti-British insults.”

Next: The president believes stereotypes about wealth in this country. 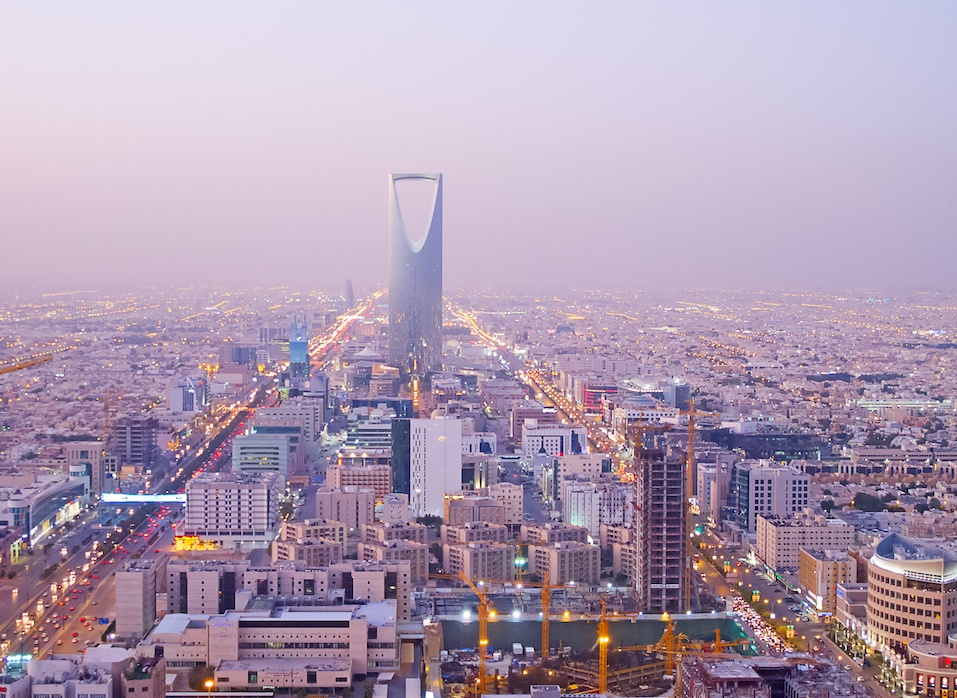 The country has a higher unemployment than the United States. | swisshippo/iStock/Getty Images

Donald Trump seems to believe one of the biggest stereotypes about Saudi Arabia: that everyone in the country has massive amounts of wealth. However, Saudi Arabia has a higher unemployment rate than the United States. Low oil prices have hurt its economy. And the government remains secretive about the number of people living in poverty in Saudi Arabia.

But the president doesn’t usually account for most of that information. He seems to think that the U.S. should take advantage of Saudi Arabia’s wealth. According to The New York Times, Trump once said, “I love the Saudis.” He explained, “They make a billion dollars a day. Whenever they have problems, we send over the ships.” As The Guardian reports, Trump also said of the country, “Saudi Arabia should be paying the United States many billions of dollars for our defense of them. Without us, gone!”

Next: Donald Trump believes stereotypes about safety in this nation. 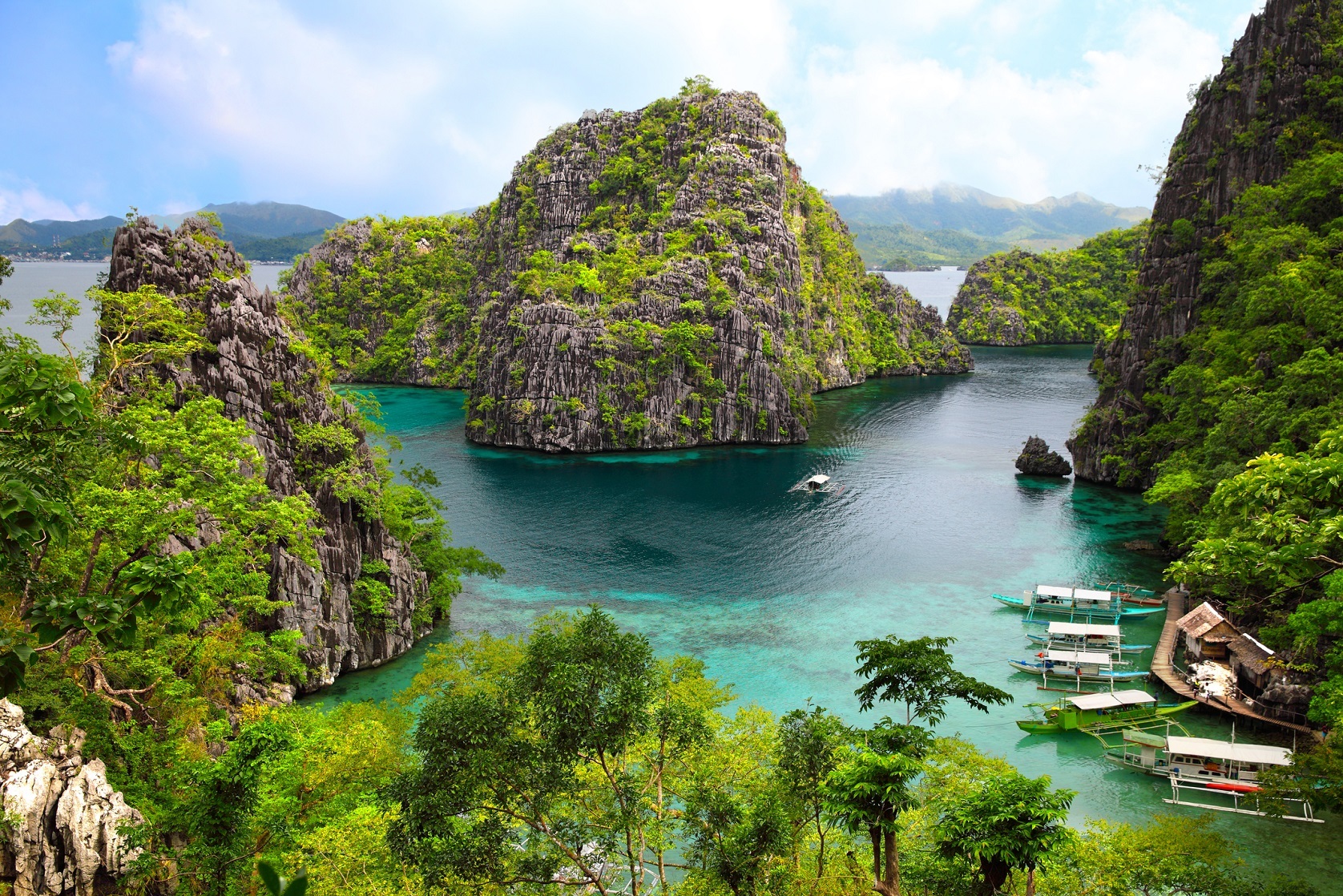 Americans stereotype many countries as dangerous, as you’ll see in the coming pages. As Culture Trip reports of the Philippines, many travelers avoid this southeast Asian country “due to the idea that it’s one big danger zone.” The publication explains that you can find “some areas in the country that even most Filipinos will avoid traveling to, like the far southern regions of Mindanao, due to recurring terrorist incidents. But otherwise, the country is not nearly as bad as portrayed by foreign media.”

But The Independent reports that Donald Trump considers the Philippines a “terrorist nation.” Trump said at a rally, “We are dealing with animals.” The president also declined to talk about human rights issues. He didn’t even comment on Philippine President Rodrigo Duterte’s war on drugs, which has reportedly killed thousands.

Next: The president buys into stereotypes about the peace process in this region. 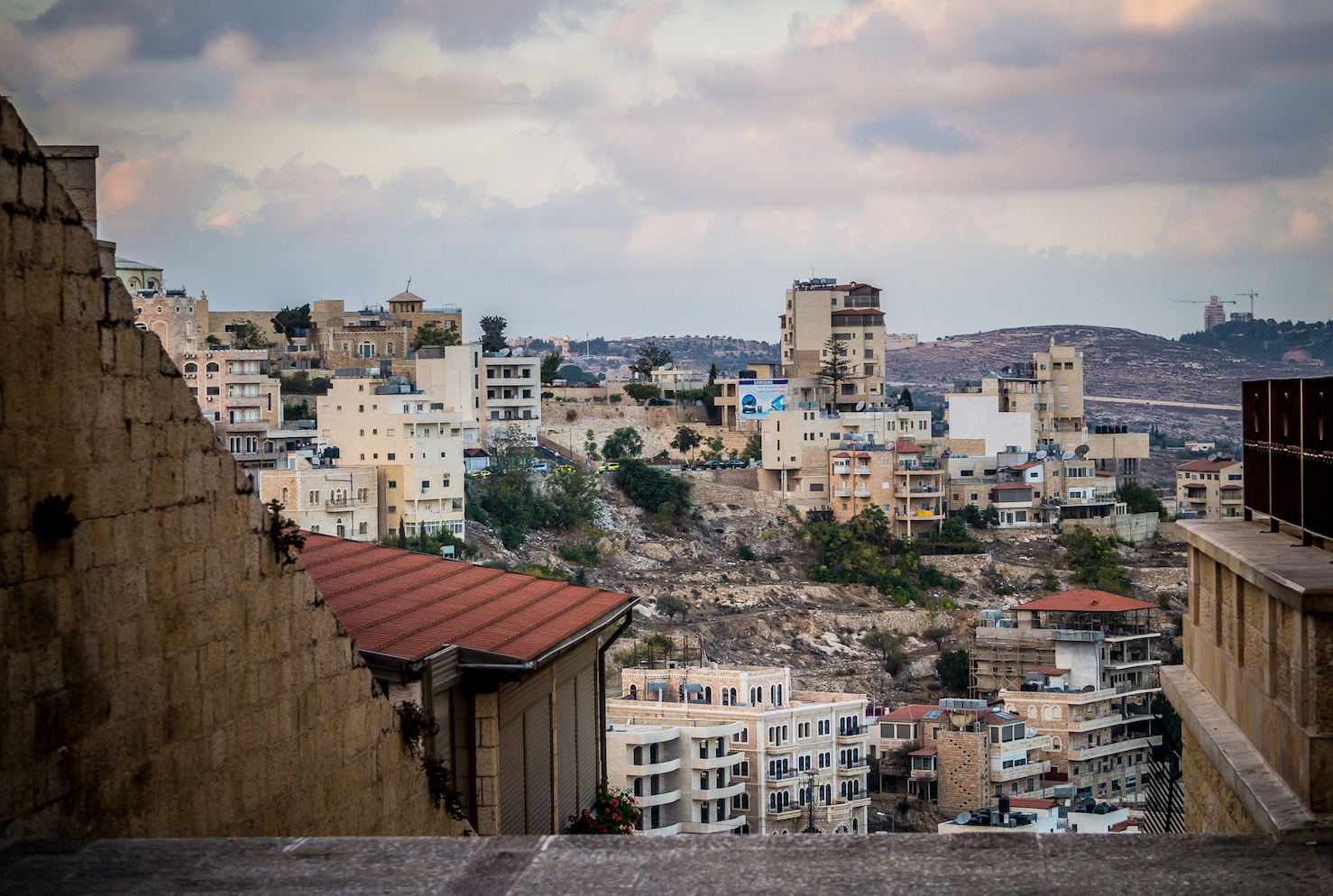 He is only enflaming the issues in the area. | Konoplytska/iStock/Getty Images

Donald Trump seems to number among the many Americans who consider “Palestinian” a synonym of “violence.” As the Atlanta Journal Constitution explains, many seem to believe that “Palestinians have only themselves and their violent ways to blame for their miserable lot in life and the impasse in the peace process” with Israel.

In fact, The Guardian reports that Donald Trump once said of the Palestinian territories, “We pay the Palestinians HUNDREDS OF MILLIONS OF DOLLARS a year and get no appreciation or respect.” Shortly before, the president had made the controversial decision to recognize Jerusalem as Israel’s capital. That decision sparked anger among Palestinians and complicated the peace process.

Next: Donald Trump believes the worst stereotypes about this country. 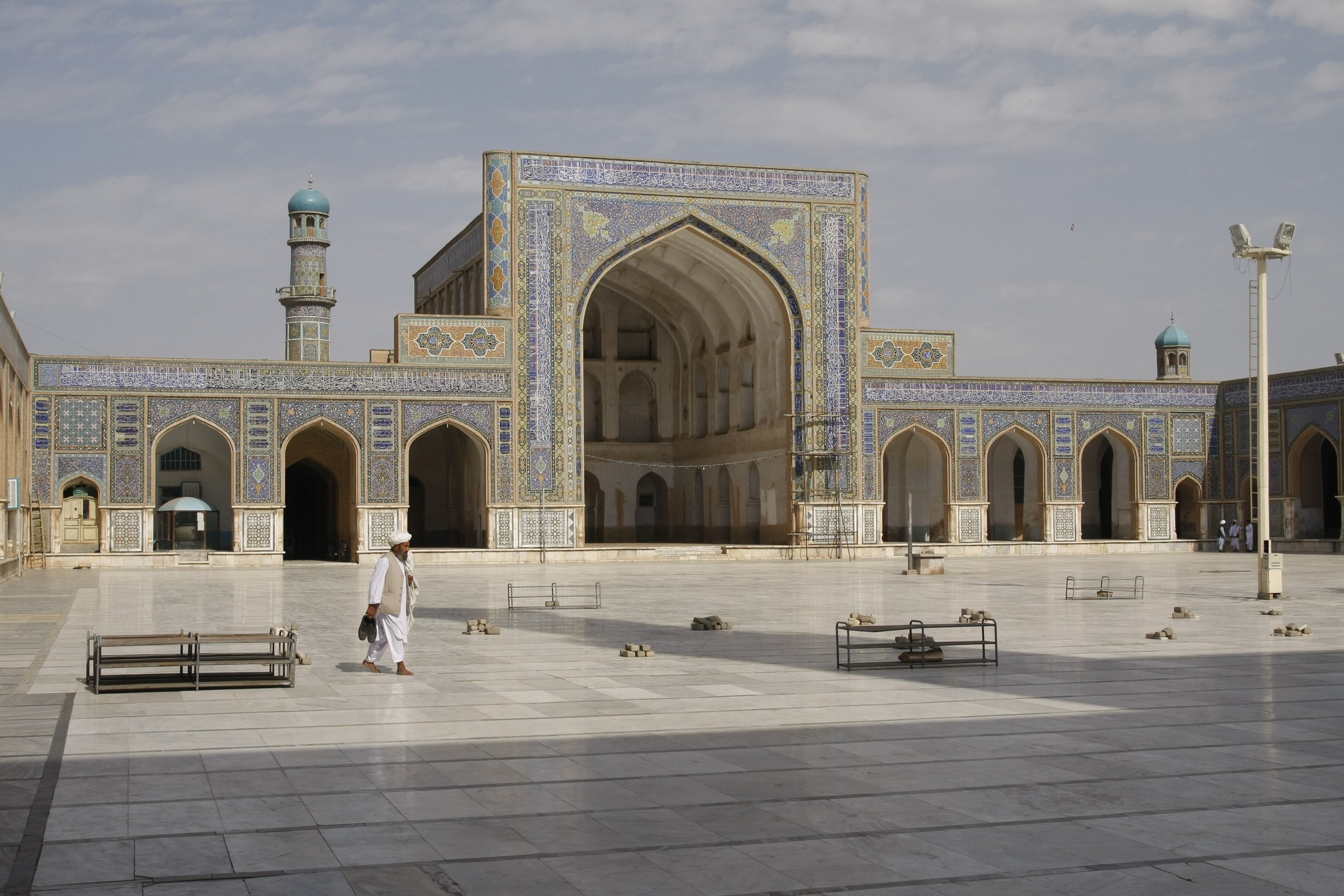 Civilians are the most as risk from terrorist activity. | Konstantin_Novakovic/iStock/Getty Images

Most Americans associate Afghanistan with Osama Bin Laden. Therefore, they assume that the landlocked country is full of terrorists. Donald Trump certainly believes that stereotype. Newsweek reports that Donald Trump once characterized Afghanistan as a “terrorist haven.” We probably don’t have to tell you that no, not everybody in Afghanistan works for a terrorist group. But unfortunately, there could be some truth to Trump’s statement.

The New York Times explained in March 2018, “With the war against the Islamic State in Iraq and Syria in its twilight, American officials are tracking foreign fighters veering to provinces in Afghanistan’s north and east. Meanwhile, Al Qaeda remains a persistent and deadly threat across the country.”

Next: The president believes common stereotypes about this country. 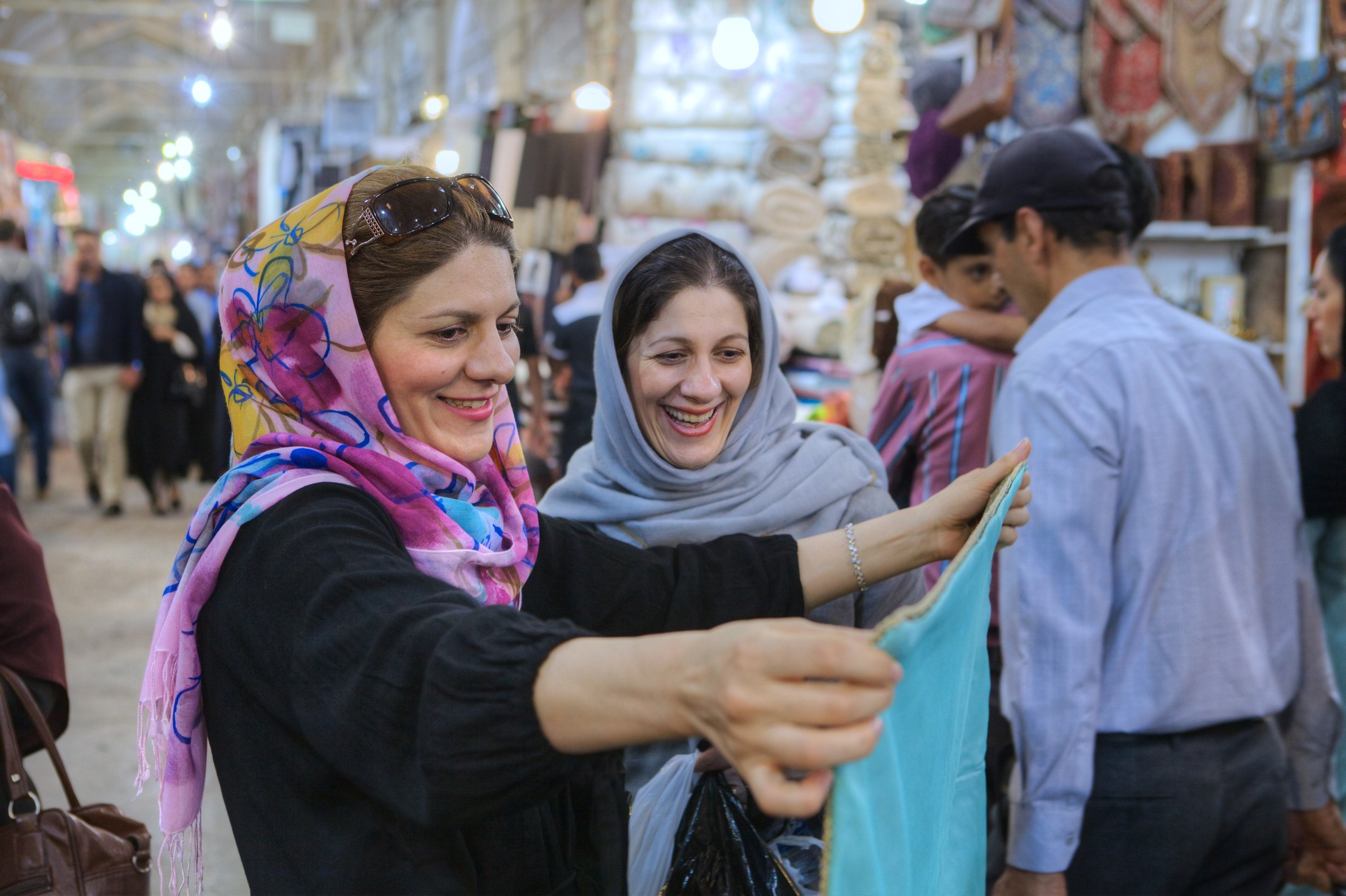 Many Americans believe that Iranians hate westerners. Another common, but erroneous, stereotype indicates that Iranians are uneducated. (Even though the percentage of Iranians who go on to higher education reaches about 50%.) But the stereotype that Donald Trump believes? That Iran is an unstable and dangerous country.

Donald Trump characterized Iran as a “corrupt and poorly run country,” according to The Guardian. Buying into the common stereotype that Iran is dangerous, Trump accused the nation of “playing with fire” after an Iranian missile test. He also tweeted that the country is “doing many bad things behind our backs,” and complained about the nation’s “corrupt government.” And don’t forget that the president targeted Iran in his travel ban.

Next: Donald Trump seems to believe a stereotype about the ethics in this country. 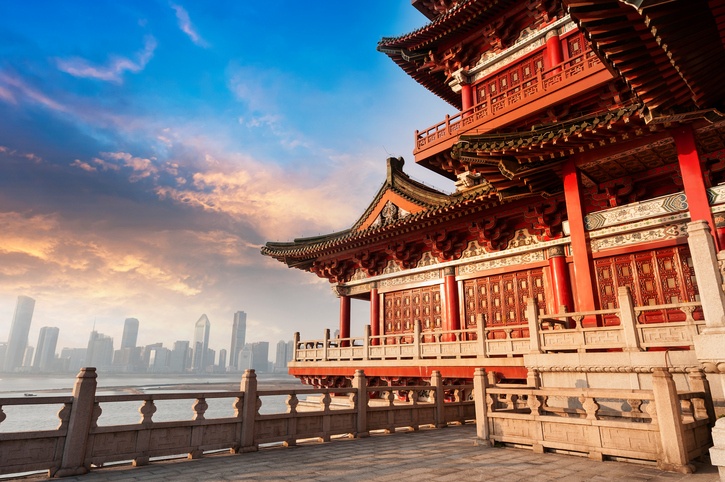 Americans stereotype people from China as ill-mannered or even unethical. And the president just promotes that idea. As The Independent reports, Donald Trump has repeatedly insulted China. He accused the nation of “manipulating its currency, of stealing American jobs, of engaging in state-sponsored cyber hacking, and even of inventing climate change.” Trump once tweeted, “The concept of global warming was created by and for the Chinese in order to make US manufacturing non-competitive.”

However, Trump seems to have a range of opinions on China. The Times reported that Trump said, “Hey, I’m not saying they’re stupid. I like China. I just sold an apartment for $15 million to somebody from China. Am I supposed to dislike them?” But The Guardian reports that on another occasion, Trump said that the United States could not continue to allow China to “rape our country.” He added, “that’s what they’re doing.”

Next: The president believes a huge stereotype about this country. 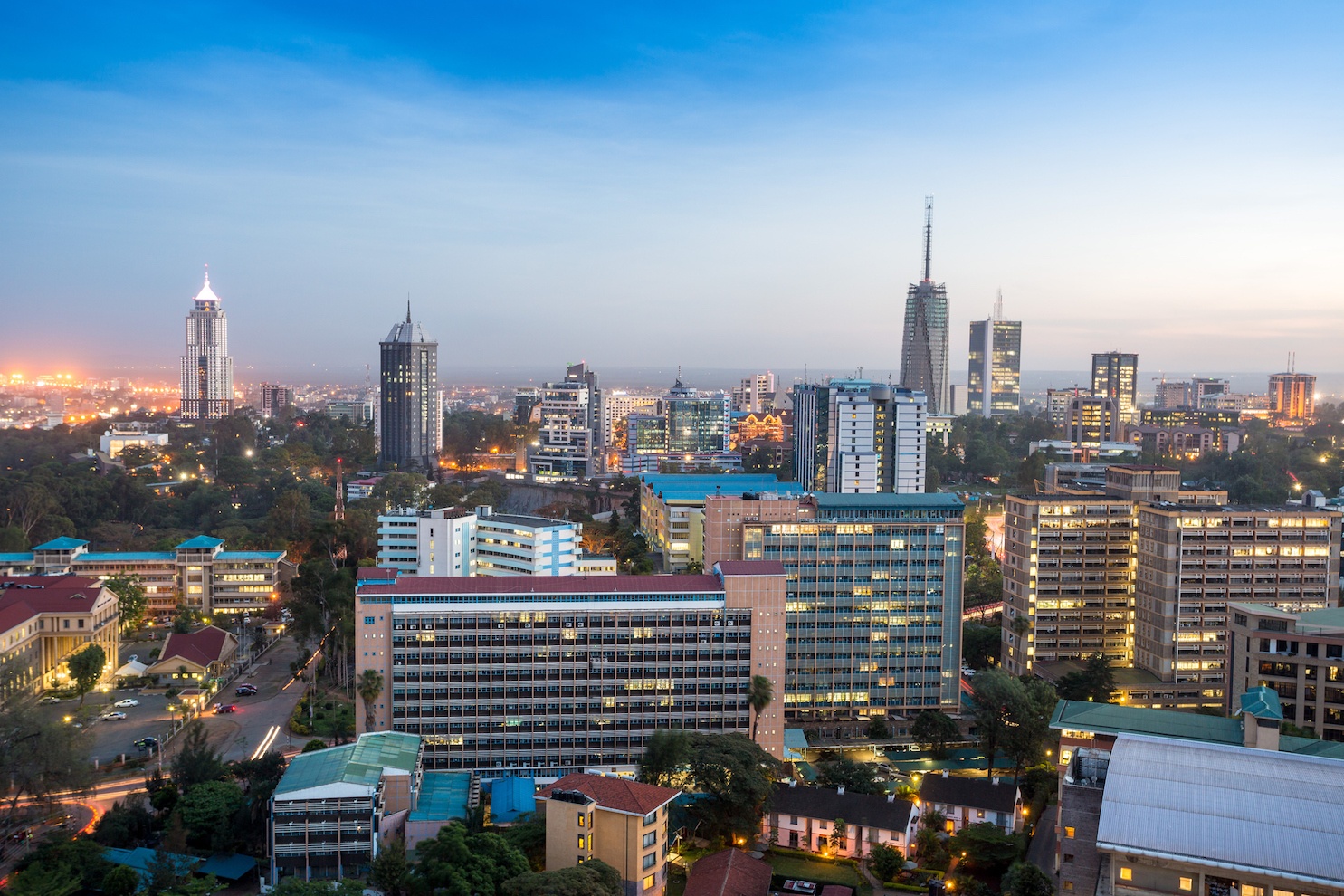 Tell that to Nairobi. | Jacek_Sopotnicki/iStock/Getty Images

Newsweek reports that Donald Trump once said that Nigerian immigrants wouldn’t ever “go back to their huts” in Africa once they see life in the United States. The remark implied that Trump didn’t realize that Nigeria is Africa’s biggest economy. (It’s also the U.S.’s largest trading partner on the continent, as The Los Angeles Times reports.)

Many Americans live and earn income in Nigeria. And, contrary to Trump’s beliefs, the country has built a vibrant film industry. It has even become a destination for A-list musicians. Plus, plenty of Nigerians have moved from Nigeria to the United States. And a large proportion of those immigrants have bachelor’s degrees or higher. As The New Yorker explains, Nigerian-Americans have a median household income well above the American average.

Next: The president believes stereotypes about an entire continent. 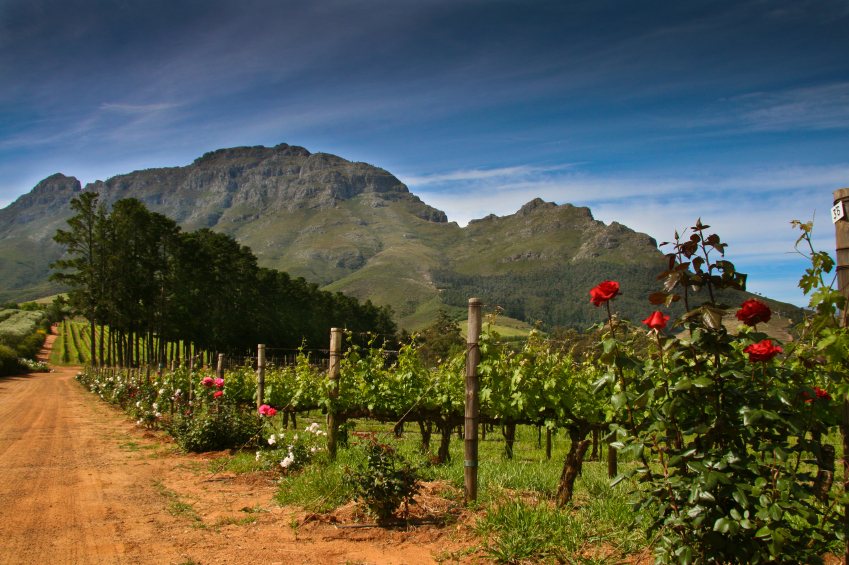 This definitely doesn’t look like a ‘shithole.’ | iStock/Getty Images

Sure, “Africa” isn’t a single country. But we can’t ignore one of the most notorious occasions on which Donald Trump expressed an offensive stereotype about another part of the world. When the president referred to Haiti and Africa nations as “shithole countries,” he insulted a continent that 1.2 billion people and more than 50 countries call home.

As Vox explained of the remarks, “Trump is not just saying that Haiti and African countries are shitholes. He’s indicating that the (predominantly black) people from these countries are themselves bad — to the point that the US should not accept them as immigrants.” The New Yorker noted that additionally, Trump’s comments prove factually wrong. 43% of immigrants from “shithole” African countries have a bachelor’s degree or higher. (Compare that to 33% of the overall American population.)

Next: Trump also included this country in his comment. 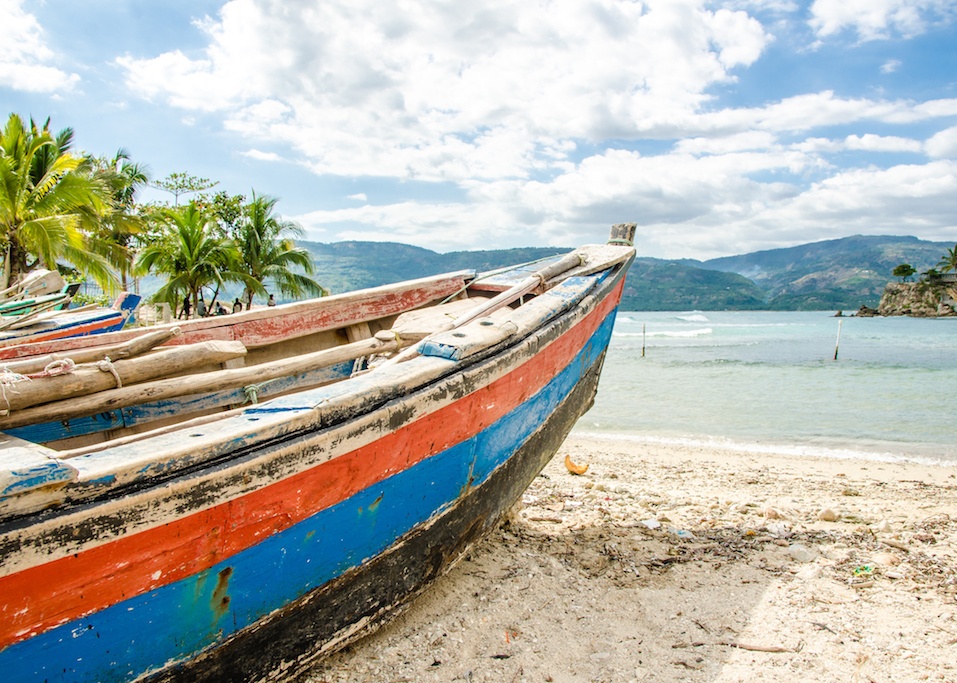 The stunning beaches are to die for. | dmc5080/iStock/Getty Images

In addition to claiming that everyone in Haiti has AIDS, according to Newsweek, Donald Trump also included Haiti in his comment about “shithole countries.” As The New Republic reports, Haiti condemned Trump’s comment as “based on stereotypes.” But unfortunately, Americans think of Haiti as poor, over-populated, and aid-dependent.

Haiti’s ambassador to the United States said of Trump’s comments, “Either the president has been misinformed or he is miseducated.” The publication notes that Trump seems to see the world “through a racial lens, which fuels not just his desire to keep out non-white immigrants, but also his contempt for the nations they come from. Unlike, the Cold War presidents, Trump doesn’t care about America’s international reputation,” The New Republic posits.

Next: Donald Trump believes many stereotypes about this country. 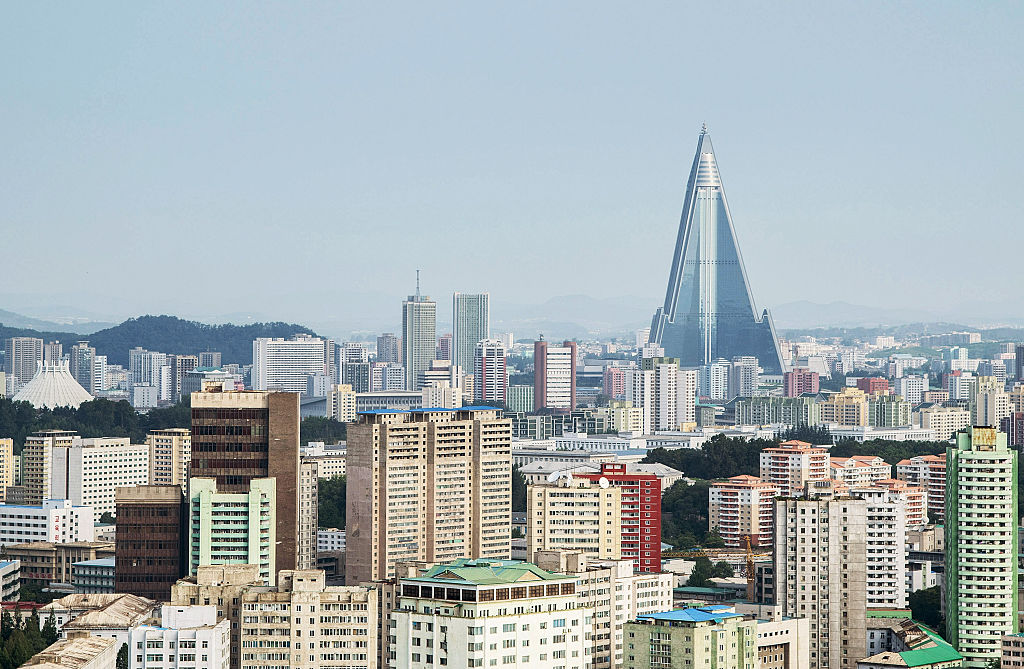 The Guardian reports that many people around the world regard North Koreans as “belligerent and desperate.” The publication adds, “What reductive rubbish.” Life in the insular nation isn’t easy, especially for citizens who don’t belong to the upper class. In fact, the regime is quite repressive. But there are a lot of things we don’t know about North Korea.

Next: The president also perpetuates stereotypes about this country. 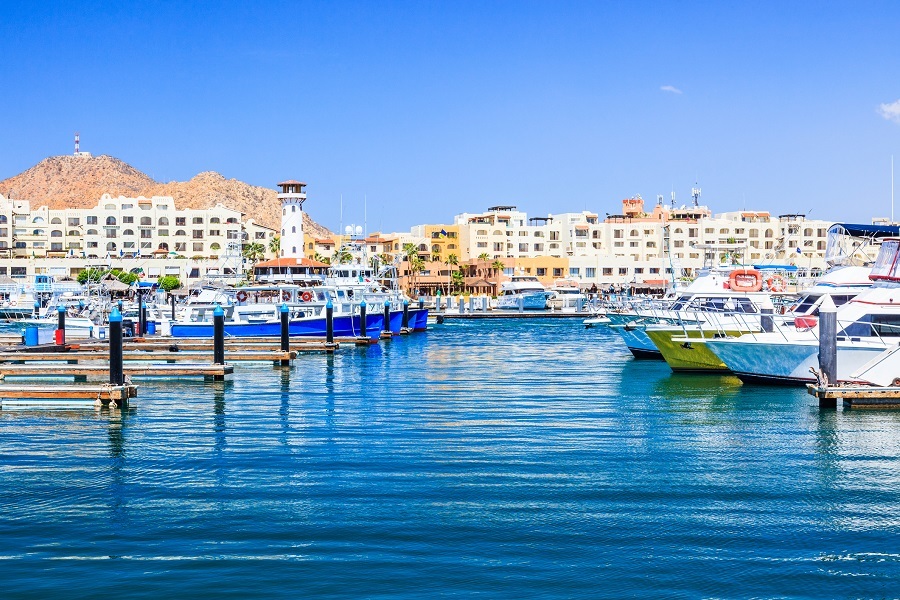 He plays into all the stereotypes. | Sorincolac/iStock/Getty Images

Thanks in part to Hollywood, most Americans are familiar with the stereotype that many people in Mexico are drug dealers or gang members. But many recognize that that stereotype — plus stereotypes about illegal immigration, poverty, or laziness — don’t prove as factual as the movies would have you believe.

Yet Donald Trump almost certainly believes those stereotypes. As The New York Times reports, Trump said, “When Mexico sends its people, they’re not sending their best.” He added, “They’re sending people that have lots of problems and they’re bringing those problems with us. They’re bringing drugs. They’re bringing crime. They’re rapists.” He also said of Mexico, “We get the killers, drugs & crime, they get the money!” Trump also characterized Mexico as “the second deadliest country in the world.” And he says that it ranks as the “number one most dangerous country in the world.”