The Civil War was a dark time for the United States. A divided country saw brothers fighting against brothers and soldiers who survived the war suffering life-altering injuries. And let’s not forget about slavery, one of the issues that ignited the war (even if a few presidents were OK with slavery). Whether it was in spite of or because of the war, chefs got creative. So creative, in fact, that they made dishes that endure today. The war is long over, but these are the Civil War-era foods people still eat today.

Some of these dishes are more palatable than others, but a snack for barflies (page 5) and a favorite comfort food (page 7) show up on our list, plus a snack even adventurous eaters might scoff at (page 15). Let’s dig in (pun intended). 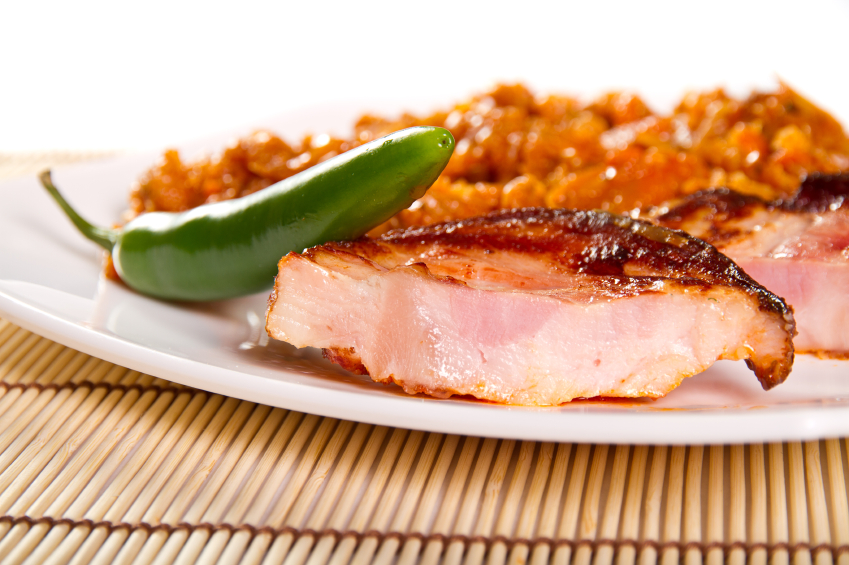 The ham was just baked with some spices. | iStock/Getty Images

The modern-day recipe calls for ingredients such as green onions, Dijon mustard, and mashed potatoes. As Mental Floss notes, the Civil War version was just ham combined with a few spices and baked as a casserole. The finished product was closer to Spam, but cold ham cake is the basis for the more dressed-up version we eat today.

Next: It probably tastes better than it sounds. 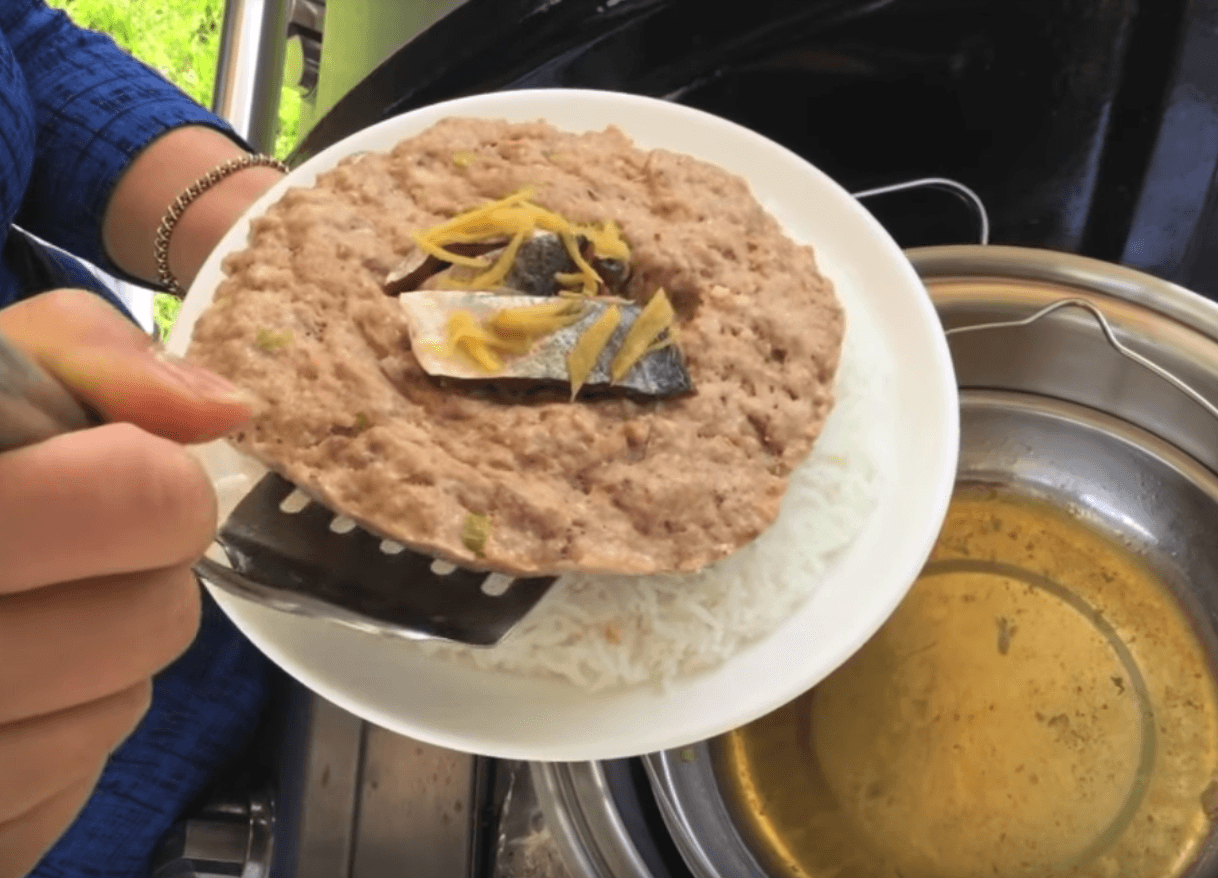 It was popular during the Civil War. | My Basil Leaf-Vietnamese-Asian And American Comfort Food Recipes via Youtube

These days, a salt fish pie is more of a Caribbean side dish. It was the star of the show during the Civil War when supplies were hard to find. The Young Housekeeper’s Friend, an 1859 book, has something similar called minced salt fish made with milk and potatoes. The end result resembles a fish stick. When you think about it that way, it probably tastes a lot better than it sounds.

Next: We’d only eat the Civil War version if we were in a rush. 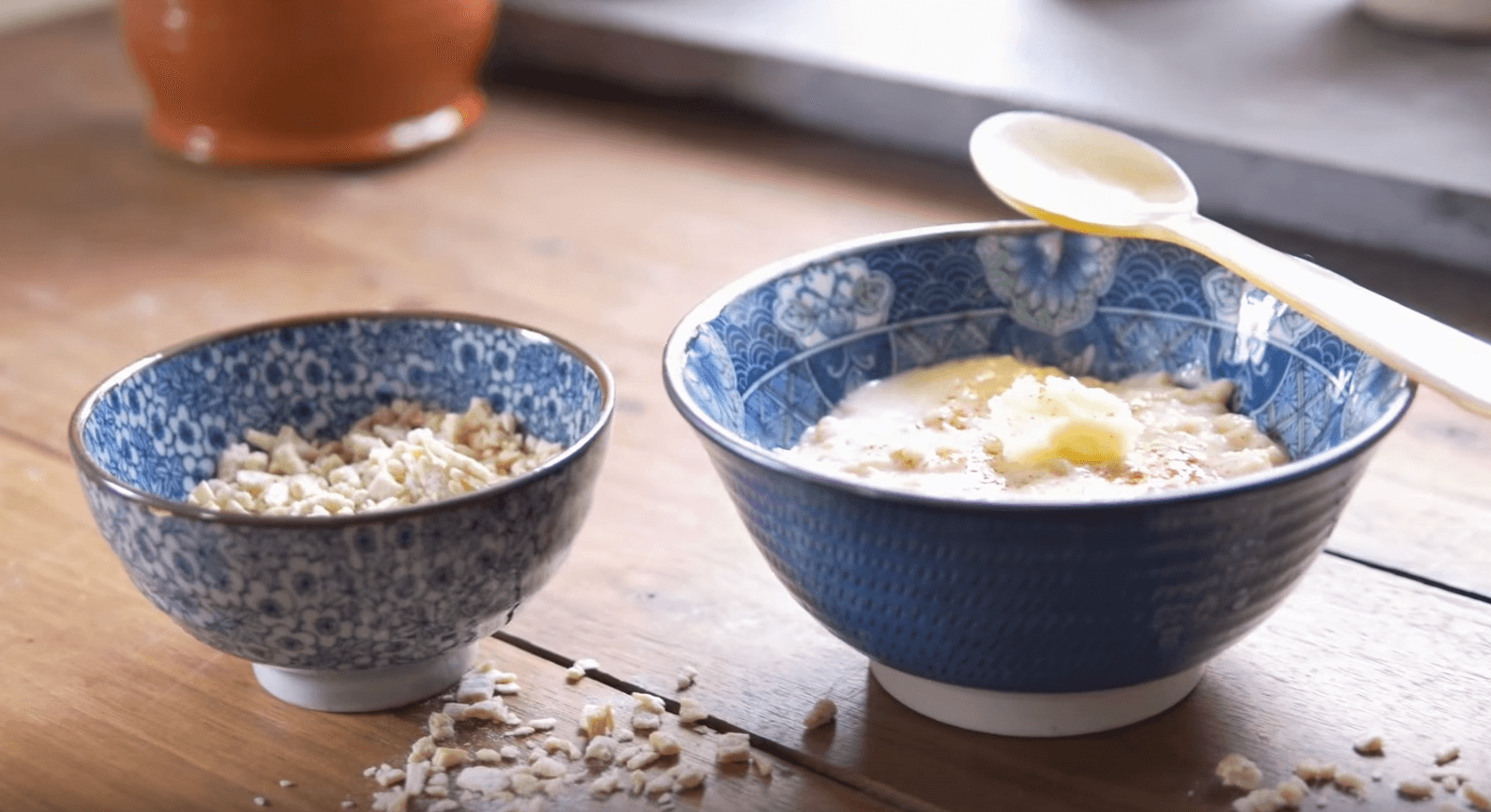 It is much less healthy these days. | Townsends via Youtube

A hasty pudding in the 21st century is a sweet and creamy dessert made with syrup, sugar, and whipped cream. It was something much different during the Civil War.

Back then it was a thin mixture of cornmeal and water, according to Mental Floss. Hasty pudding remains one of the Civil War-era foods people still eat, but we’re thankful it’s transformed into what it is now.

Next: Let’s play a guessing game. 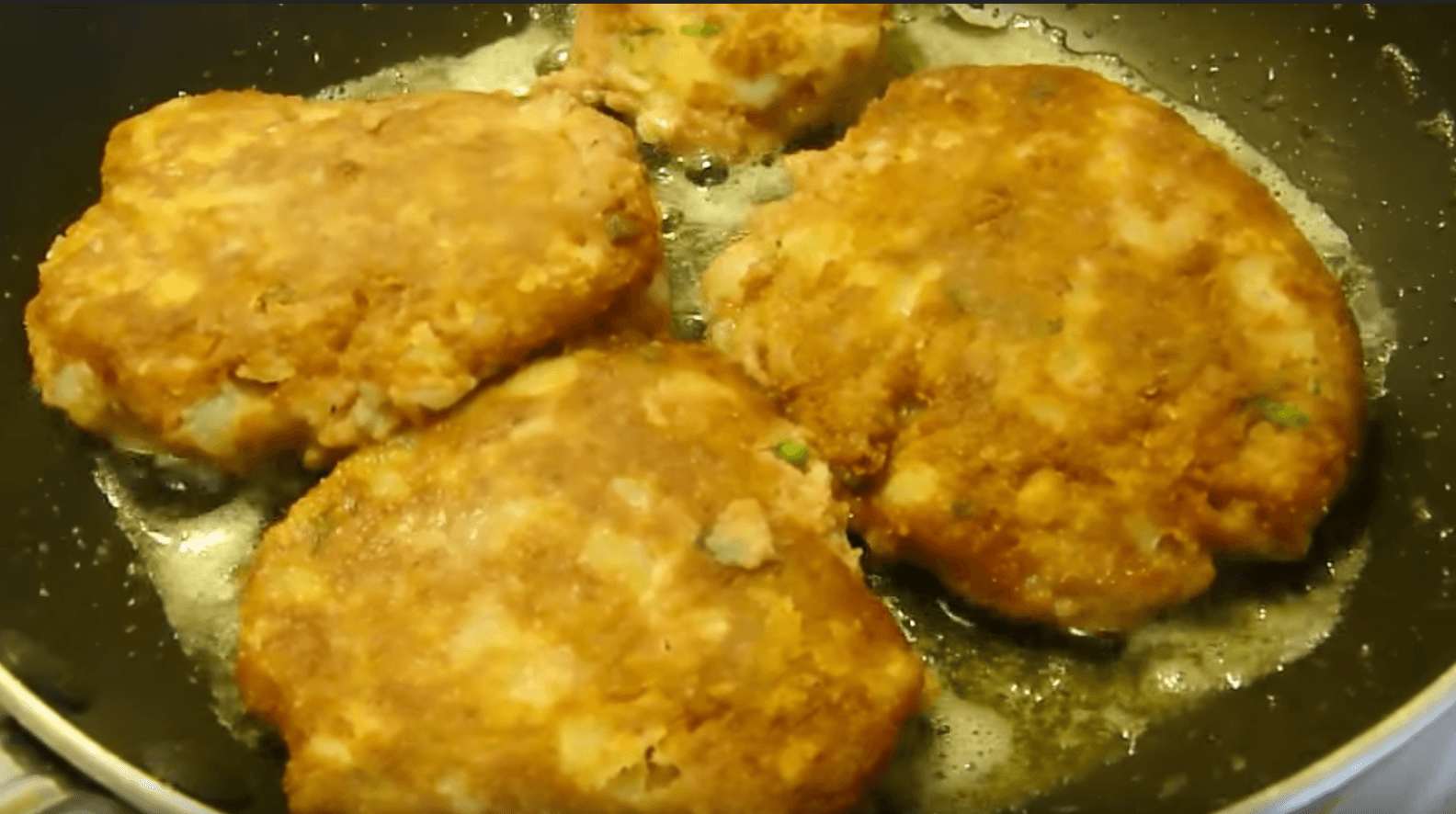 Next: This dive bar snack got its start on the battlefield. 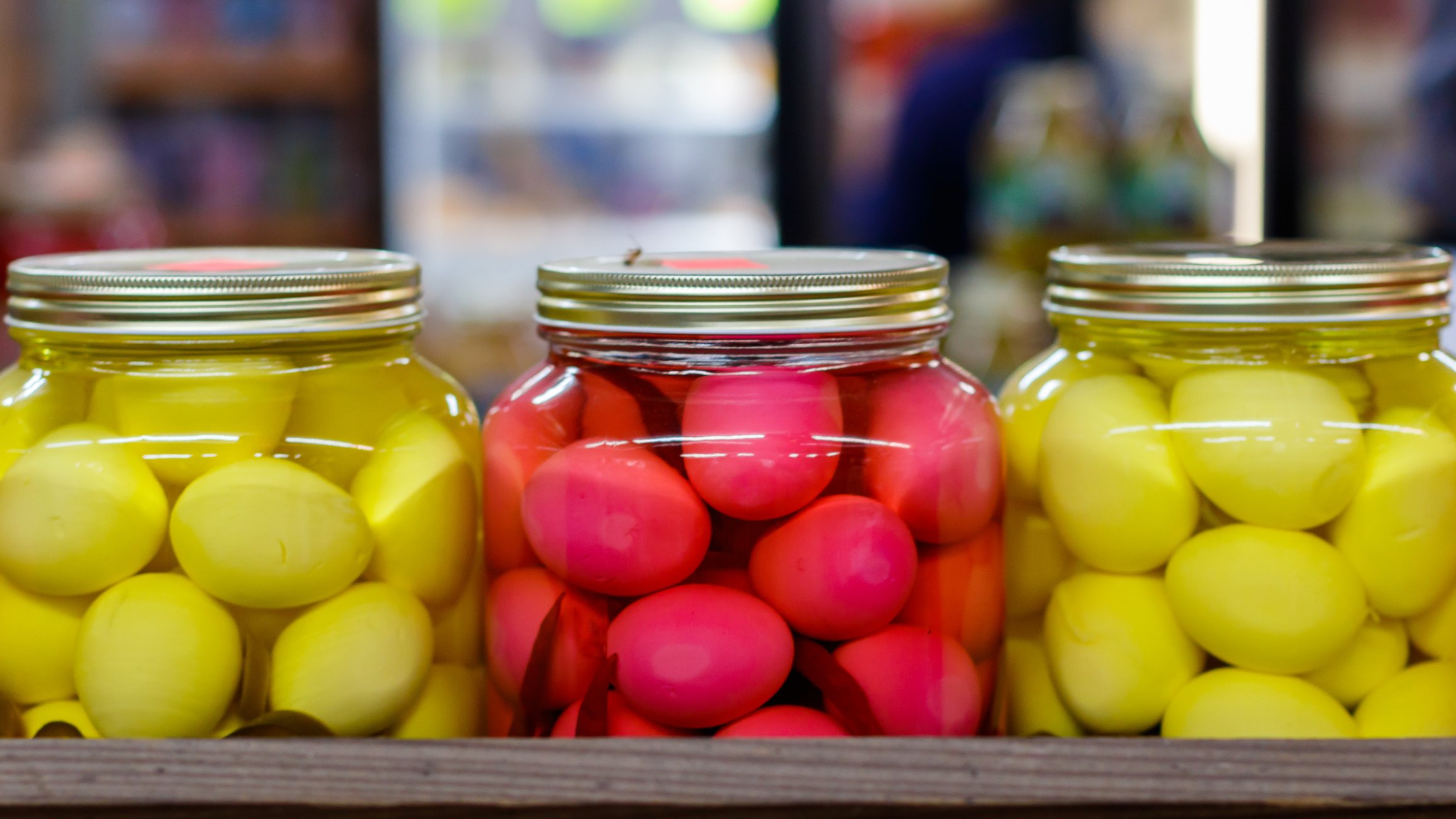 They’re not as scary as they look. | BSPollard/iStock/Getty Images

People who frequent certain drinking establishments might know pickled eggs as the scary-looking snack in maroon-colored liquid at the bar. During the lean times of the Civil War, they were perfect on-the-go snack or light meal and they remain one of the Civil War-era foods people still eat.

They aren’t for everybody’s taste, but pickled eggs make a decent snack even if they’re not among the weirdest snacks from around the world.

Next: This Civil War food is a loved side dish these days. 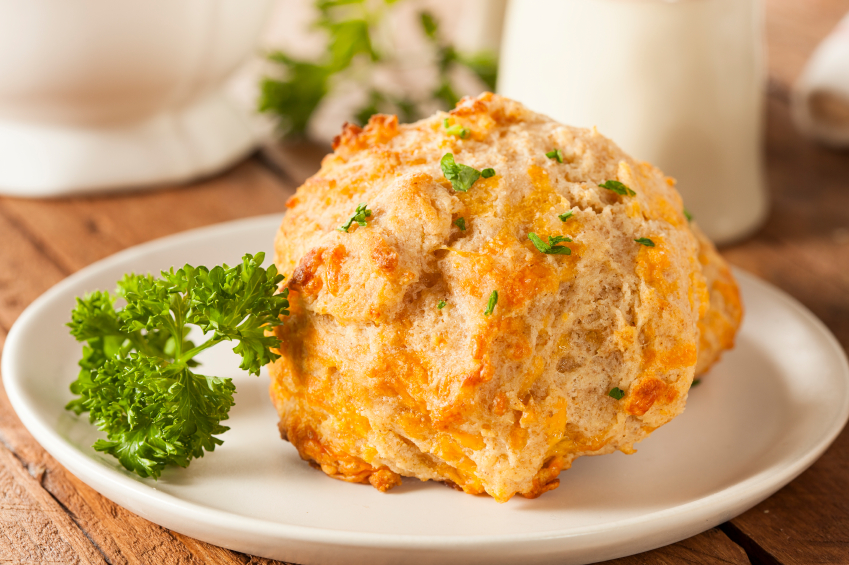 If you’ve ever been to Red Lobster, and since it’s one of the best chain restaurants in America you probably have, you know the appeal of the cheddar biscuits. They first appeared in the 19th century, and they are definitely one of the most popular Civil War-era foods people still eat.

Next: One of the all-time great comfort foods. 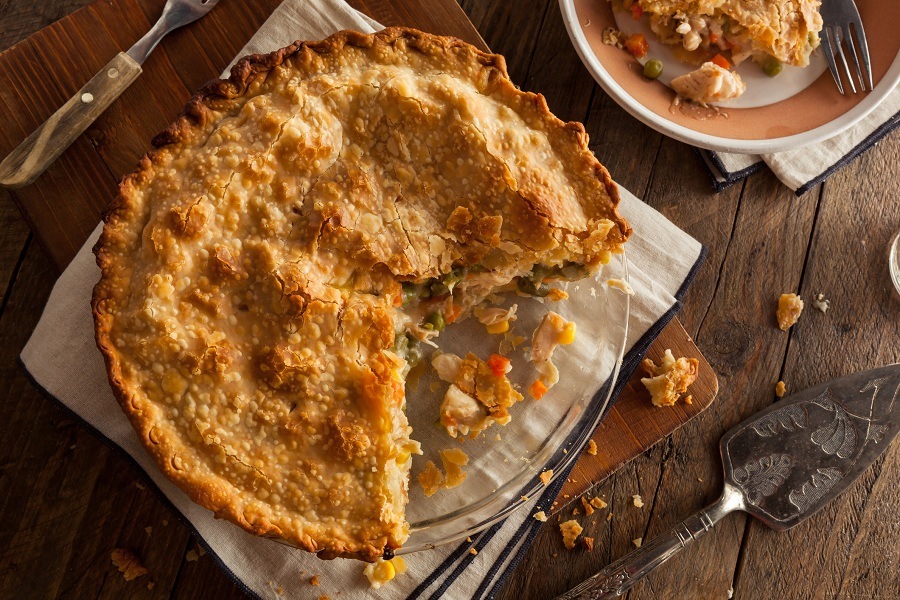 Aside from vegans and vegetarians, who doesn’t enjoy a warm chicken pot pie on a cold day? Back in the day, the recipe called for just meat inside a crust. During the war, the meat was usually a mix of chicken and bacon. We’ve since dressed it up a bit more, but chicken pot pie is one of the Civil War dishes we still enjoy today.

Next: The modern-day version is much different from the original. 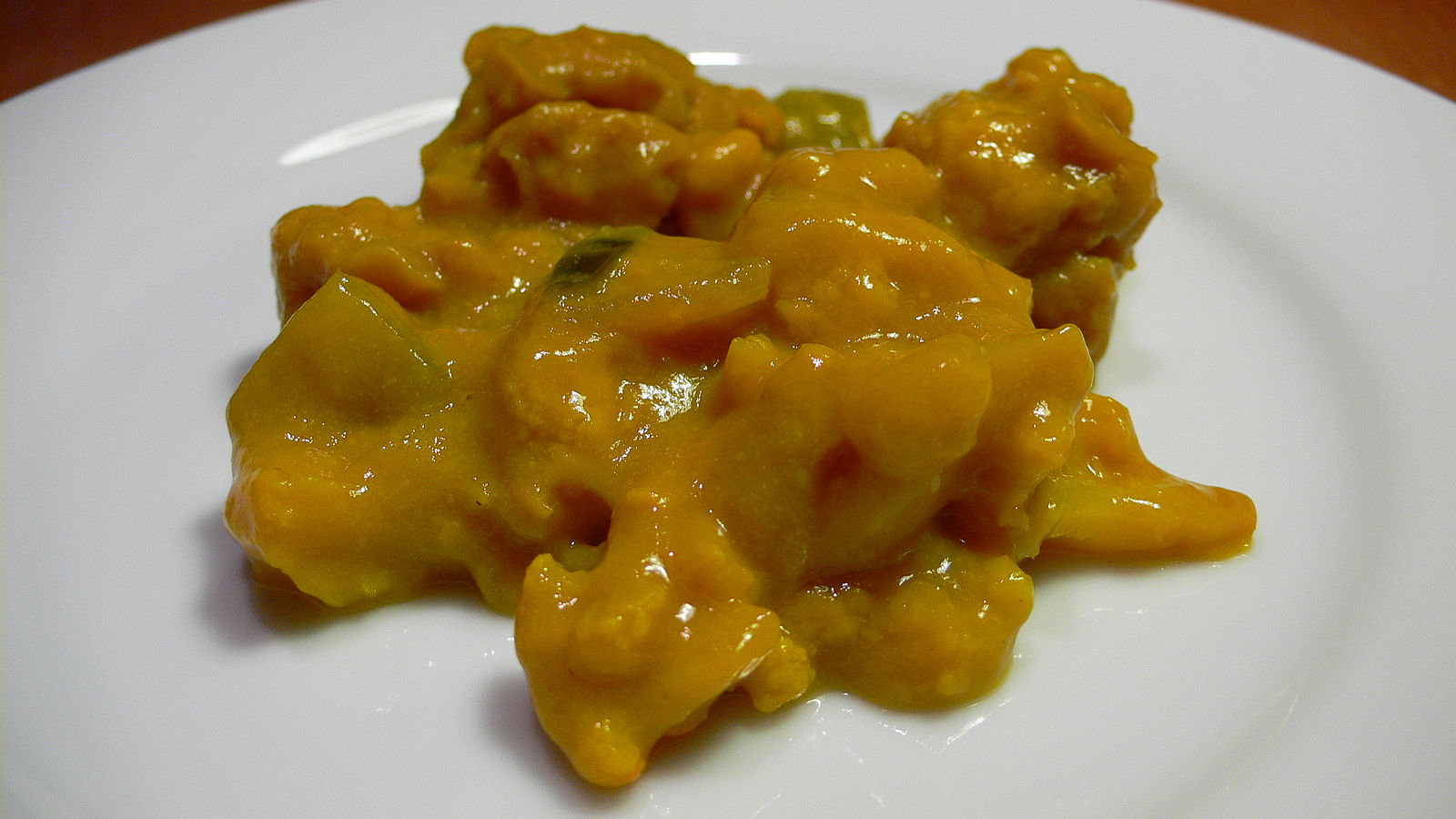 The modern-day recipe for pickle-lily is more like a relish or an Italian giardiniera. During the Civil War, it was more of catch-all for any vegetables that needed to be saved for the winter. People made a pickling solution ahead of time and added fresh vegetables at will before storing them for the winter, according to the Lansing State Journal. The modern-day equivalents, such as pickled beets and cocktail onions, are still popular.

Next: An on-the-go snack that’s a lot more palatable these days. 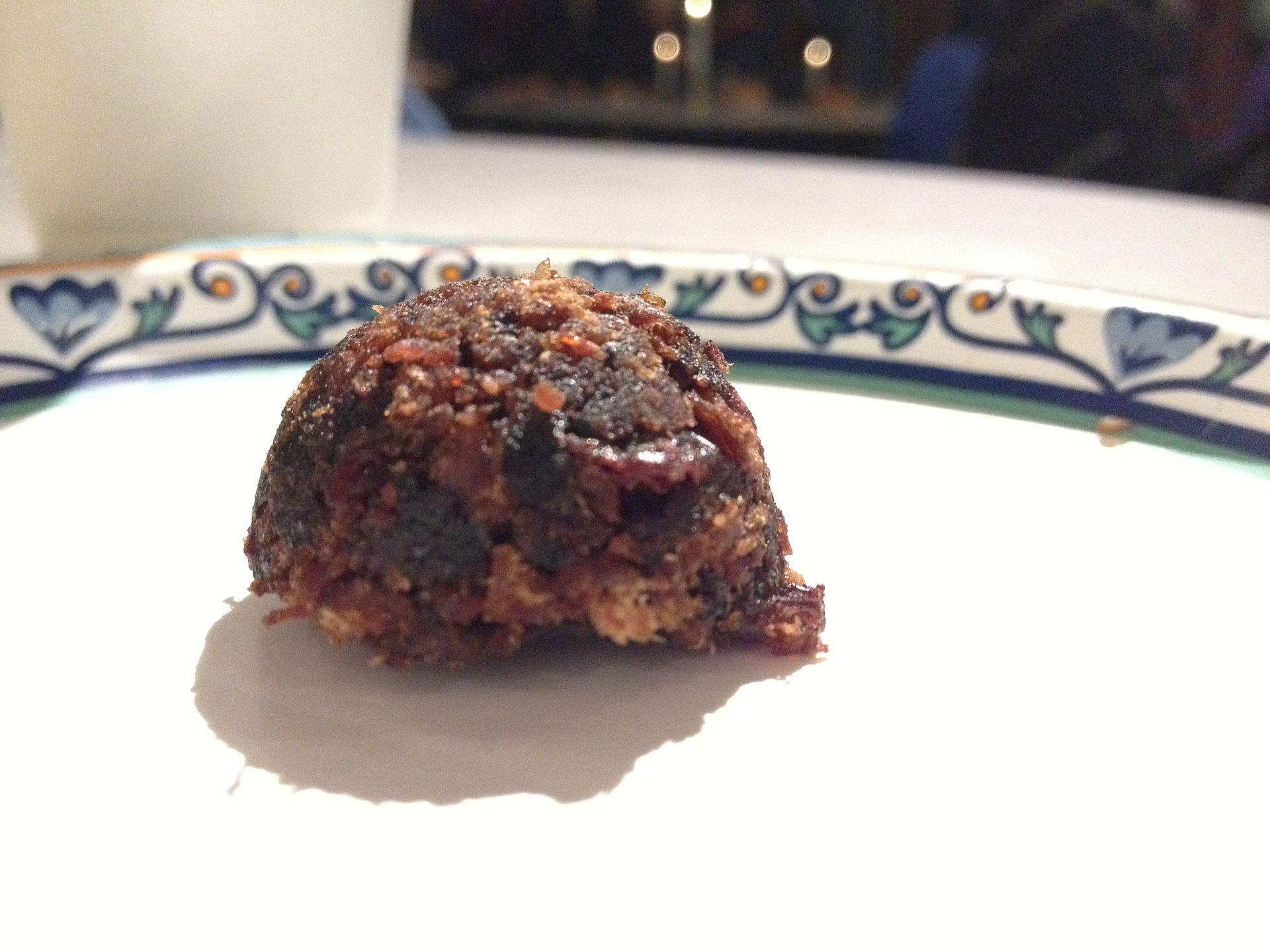 When you get down to it, pemmican is really just a jerky made with meat, dried fruit, nuts, and animal fat. Civil War soldiers copied the idea from native Americans and used the food as a shelf-stable, on-the-go snack.

Next: Despite the name, we’d try this one. 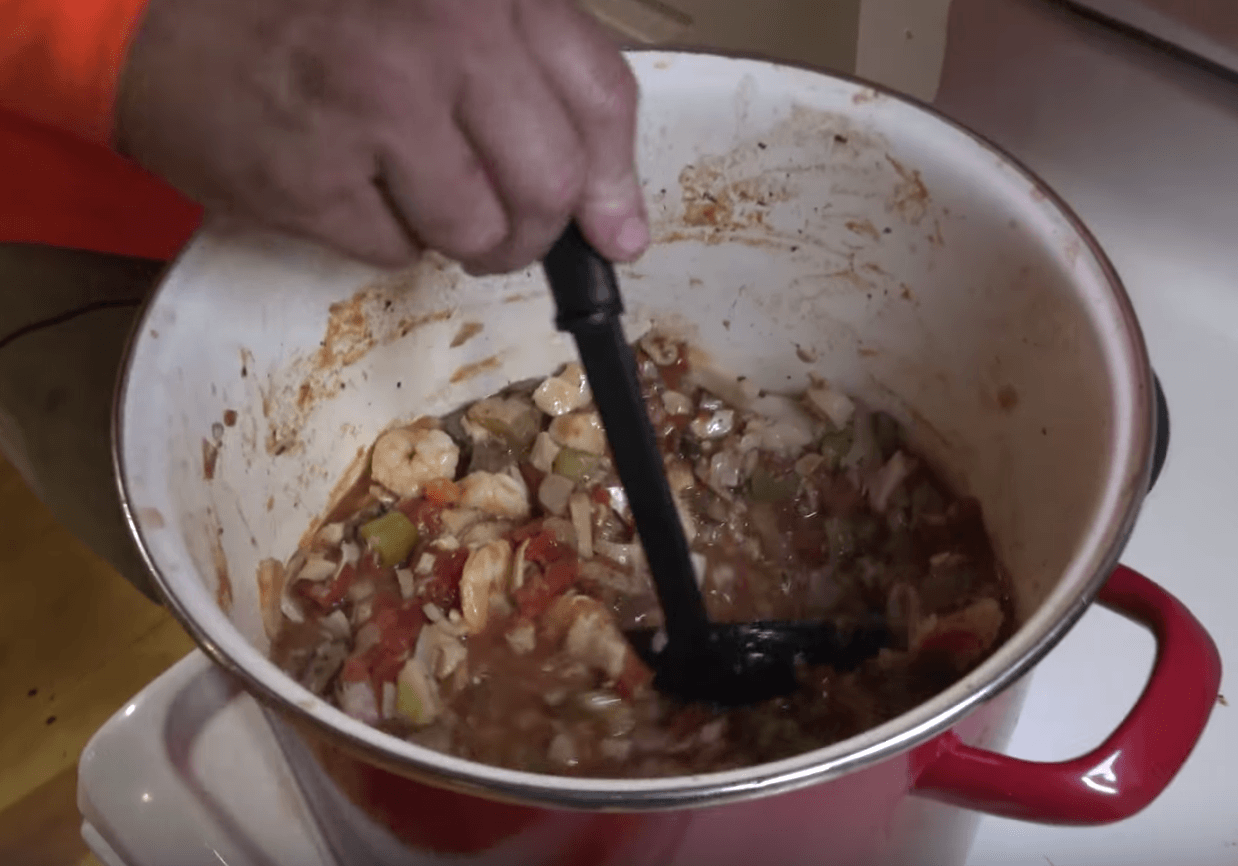 It’s another food with a weird name. | deermeatfordinner via Youtube

It doesn’t sound great, but we’d try swamp cabbage stew. After all, it’s basically just a salty vegetable soup with wild cabbage, onions, tomatoes, garlic, and spices. As the website Prepper’s Will notes, adding salted pork ups the wow factor on this dish.

Next: Soldiers from both sides had to satisfy their sweet teeth. 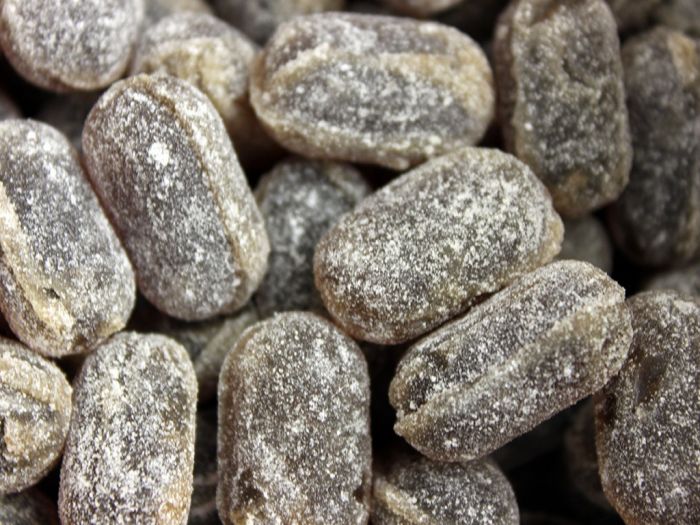 You can buy the candy in stores. | Candy Nation

Despite its name, horehound candy is vegetarian-friendly It’s basically a sweet tea turned into a bite-sized hard candy. It’s one of the Civil War-era foods people still eat like crazy. It’s easy enough to make at home, but you can buy it almost anywhere.

Next: We have a lot of questions, such as what’s up with the names of some of these Civil War-era foods? 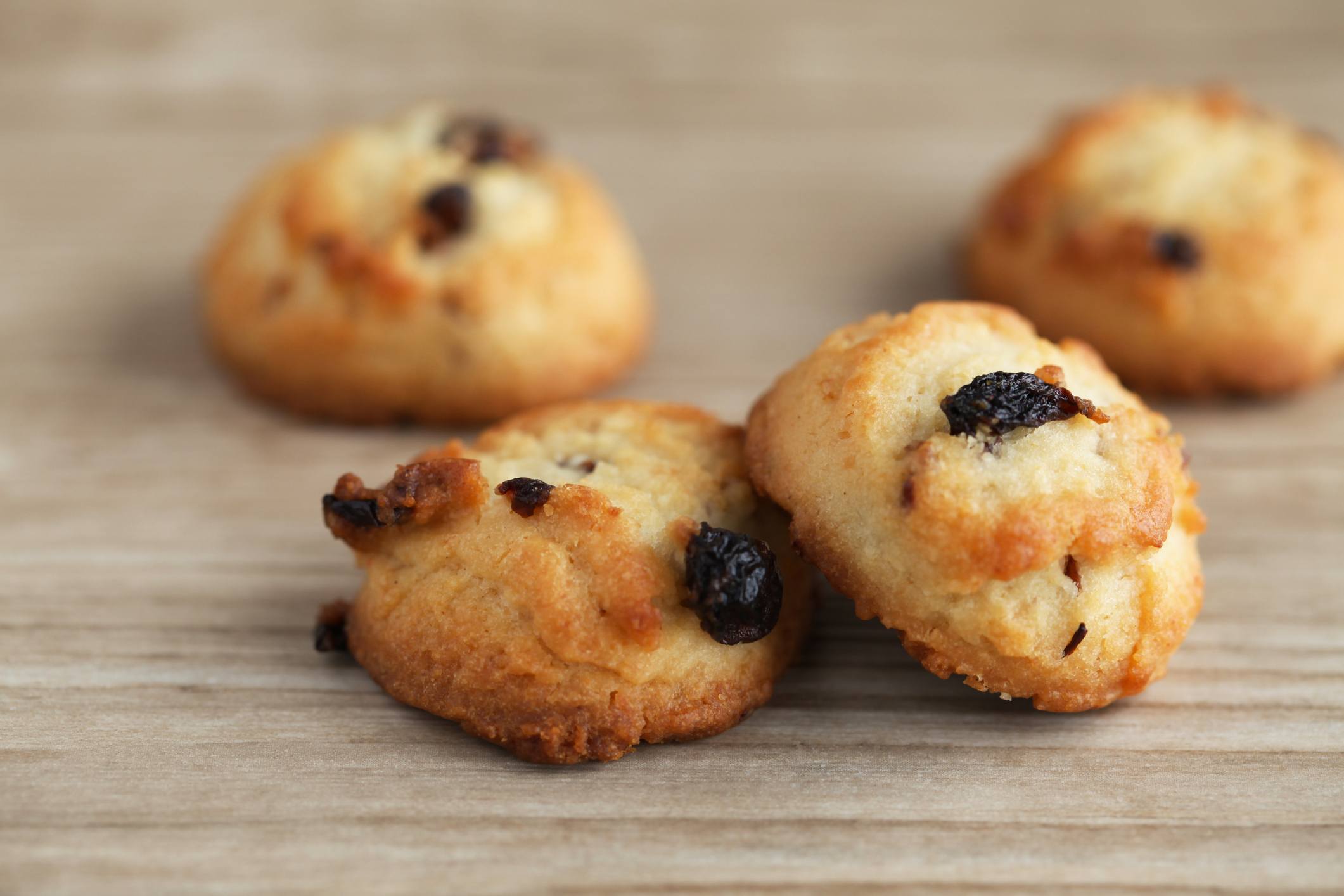 Seriously, what’s up with the names given to some of these Civil War-era foods? Why is this called idiot’s delight? Take a look at the ingredients in this recipe: Butter, white sugar, brown sugar, vanilla, raisins, and flour. When you mix it all together and bake it, you get sweet raisin biscuits. There’s nothing idiotic about that.

Next: This food is still a favorite to this day. 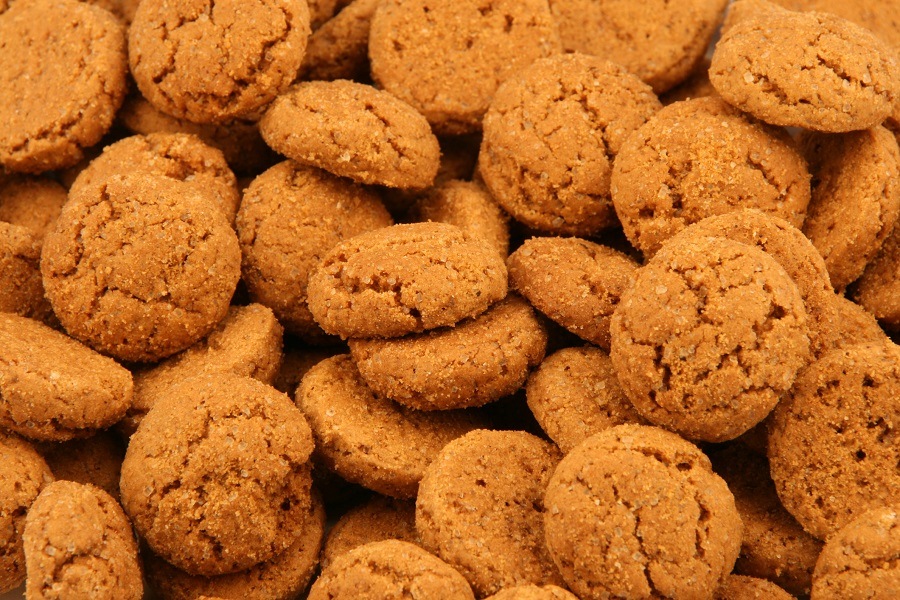 Gingerbread was a hit with the soldiers. | Liefvoort/iStock/Getty Images

We’re not sure how this differs from modern-day gingerbread or if it does at all, but gingerbread is definitely one of the Civil War-era foods people still eat today. What we do know is soldiers loved eating gingerbread despite the fact it was mostly served as a comfort food in hospitals.

Next: Different names for the same easy dish.

You might not know what corn pone is, but it’s the same thing as Johnny cakes. Both names are dressed-up terms for what amounts to baked or fried cornbread without the milk, eggs, and sugar. No matter what you call it, this dish is quick and easy to make, which is why it remains one of the Civil War-era foods people still eat these days.

Next: We have our doubts about this one. 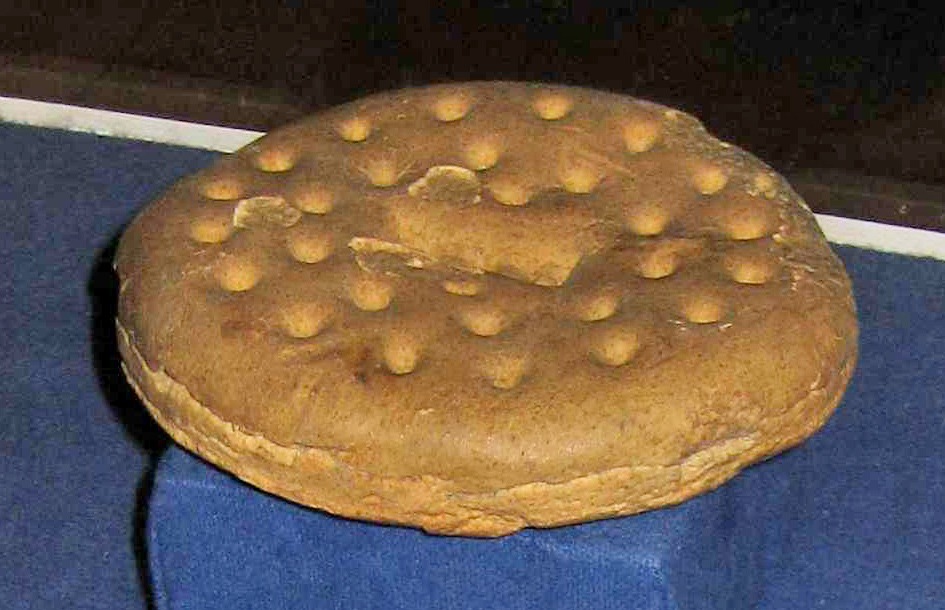 No one really wants to eat it. | Paul A. Cziko/Wikimedia Commons

If the name isn’t making your stomach turn, then maybe a quick description will. Hardtack is basically just a simple dough cooked into a cracker. The thing is, the finished product is so hard and bland that hardly anyone wants to eat it, and they probably couldn’t even if they wanted to. The Washington Post reports hardtack is so hard you need a hammer (or a rifle butt) to break it apart.

Read more: The 15 States That Will Have Legal Marijuana by 2020, Revealed