Charges have been filed against Donald Trump‘s former campaign manager Paul Manafort and his associate Rick Gates this morning by the FBI and special counsel Robert Mueller’s team on the Russia interference investigation. They are not the first charges filed however, Those came at the beginning of October against former Foreign Policy advisor George Papadopoulos. We are only learning about those charges since the case has been unsealed by the investigatory team.

All these charges are significant in nature and point to an age-old strategy that could possibly end up bringing down Trump and all of his associates in the future. Let’s take a look at the charges and what they mean for the Russian probe.

1. Paul Manafort and Rick Gates are the first dominoes to fall (and won’t be the last)

Paul Manafort and Rick Gates have been formally charged with conspiracy against the United States, Money laundering, and about a dozen other financial crimes. Both Gates and Manafort surrendered themselves to the FBI Monday morning and are expected to be in court by Monday afternoon. There’s no telling what sentence the charges will hold at this time because they depend on how much money was involved and how long these practices were taking place.

Next: A glimpse into Mueller’s strategy.

2. What Robert Mueller plans to accomplish with the indictments

This is speculation at this point as Mueller has been very good about playing this whole investigation extremely close to the chest, however, his strategy does resemble how the FBI would go after the mob. Historically, the FBI has relied on levying charges against lesser important individuals in an organization in an effort to get them to flip on the bigger fish. Usually, those are contingent on a plea deal. The way the investigation is going, already suggests that this will be Mueller’s strategy moving forward.

Next: How Mueller used this tactic to get Manafort in the first place.

3. The very first charges were against George Papadopoulos 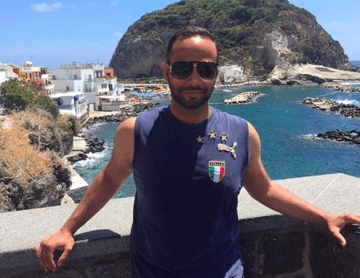 On Oct. 5, George Papadopoulos pleaded guilty to the charge of lying to the FBI. Papadopoulos was formally Trumps foreign advisor during his campaign. Papadopoulos’ plea signals that he is likely working with the Mueller investigation and has provided information that has led to the charges being levied against Manafort and Gates.

4. Trump fires off a predictable Tweet-storm

In that cool, calm, and collected way that Trump responds to anything, he fired off a slew of tweets as every dignified president before he has done. The Tweets read along the lines of a jilted lover, as he tries to distance himself from Manafort and Gates. “Sorry, but this is years ago, before Paul Manafort was part of the Tump campaign. But why aren’t Crooked Hillary & the Dems the focus????” one Tweet reads.

He then followed it up with “…Also, there is NO COLLUSION!” These are unsurprising responses as the Trump administration always tries to divert attention away from the Russia investigation by telling his followers to focus on something else like the Democrats or Hillary Clinton.

Next: How will this all play out in the coming days?

5. Don’t expect the house of cards to come falling down … yet

While these charges and plea deals are promising to the investigation, nothing should be expected to happen beyond that for a while. Mueller has shown extreme care in this investigation, and will take his time to make sure everything stands on its own. The hope is that Manafort and Gates take plea deals, and turn in more incriminating evidence in the investigation, and we will soon find out the truth behind Russian interference in our election. However, don’t bank on that just yet.

Next: Trump can easily make this all go away.

6. Trump can make this all go away with a single pardon

The biggest concern right now with the investigation is whether or not Trump will use his executive powers to issue a presidential pardon. Trump has the ability to pardon anyone he chooses, so if he wanted to make this investigation stop in its tracks, he could just offer a pardon to anyone charged in the investigation and take the political blowback from it. There are some questions to what extent that power extends, especially with not knowing how far this probe will actually go. If it does go to the impeachment process, that ability or protection may not hold any power.

Next: Who else could be prosecuted?

7. The Trump family could be next on Mueller’s list

Many people expected more people to be indicted in the future. The top of that list includes Donald Trump’s son, Donald Trump Jr., and son-in-law Jared Kushner for their involvement with a Russian lawyer who had “dirt” on Hillary Clinton.

Michael Flynn was also at the top of a short list of people expected to be indicted as well. Flynn omitted information about his involvement with foreign officials during the transition period of Trumps presidency. Learning of that led Trump to force Flynn to retire after only serving 24 days in office.

Next: Trump could also get indicted rather easily.

Then, of course, Trump himself could be indicted in the future for obstruction of justice. Trump fired FBI director James Comey while Comey was conducting the initial investigation into Russian involvement in interfering with our election in 2016. Many people believe that he should already be charged for this. However, there is a possibility that this could not happen until after Trump is impeached.