Support Your Super Bowl Pick With These Regional Beers

Whether you’re normally a Broncos or Panthers fan or simply in it for the food and commercials, the time has come to pick the team you think will win Super Bowl 50 this weekend. You could be a die-hard or an admitted bandwagoner, but it’s way more fun to wholeheartedly support one of the NFL championship contenders. Deck out your living room with blue and orange or blue and gray streamers, make (or order) an enormous batch of wings, and make sure you’ve got plenty of your favorite brew on tap for the entire game.

When it comes to beer, you might rely on a few standbys and crowdpleasers for a typical party. But if you want to take the fandom up a notch, try selecting a few options that are from the Denver or Charlotte, N.C., regions – whichever team you’ve decided is getting your allegiance for the day. As the home city of Coors, Denver’s been on the beer map forever, but both areas are also powerhouses when it comes to quality selections of craft beer.

The craft beer scenes in both areas are an interesting parallel to the much-anticipated football game, said Mike Smith, professional brewer and co-author of The Comic Book Story of Beer. “Denver has a very (one of only a few, actually) “mature” craft beer market/scene, where the Carolinas have a much newer, second (or third, really) wave beer culture,” he wrote in an email to The Cheat Sheet. “Kind of like the football – you have your old school, tried and true, historic powerhouse Broncos against the ‘next generation,’ young, expansion team Panthers.” 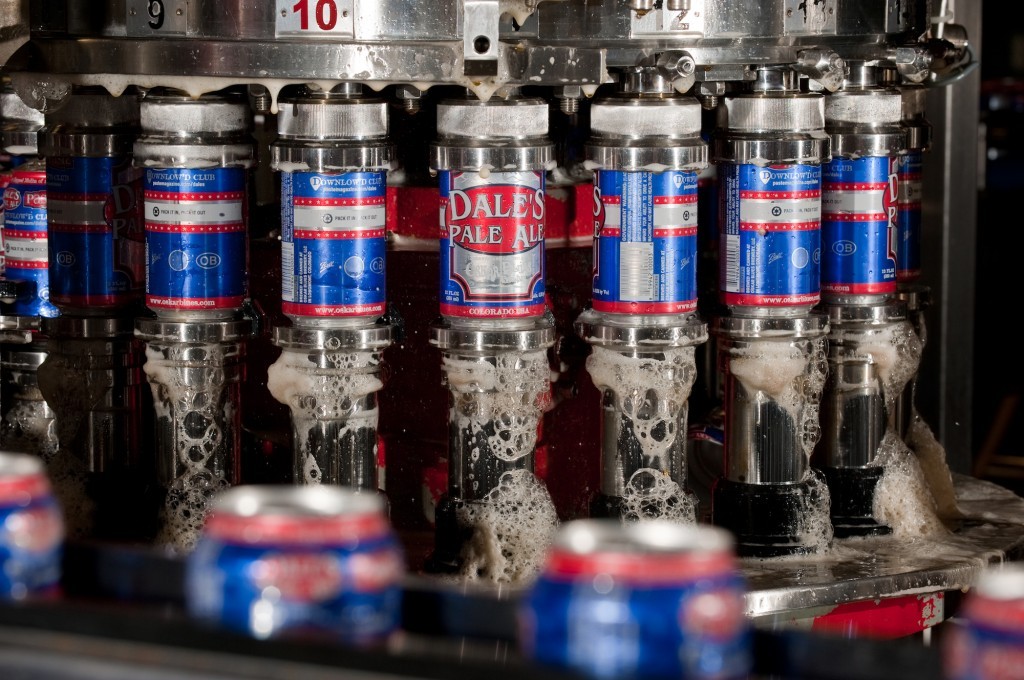 One of the breweries Smith suggested either team’s fans try is Oskar Blues. The brewery has its original location in Lyons, Colo., (between Fort Collins and Denver), but opened another brewery in Brevard, N.C., about two hours west of Charlotte and just south of Asheville. “It’s a friendly competition between brewery locations right now,” Chad Melis, the marketing director for Oskar Blues, told The Cheat Sheet in an interview. One of the brewery’s signature options, Dale’s Pale Ale, was the first craft beer to come in a can, Melis said, and along with the Pinner Throwback IPA are the two best options for tailgating – and making it to the fourth quarter. If you’re hosting a large party and want something for everyone, Melis also suggests their CANundrum variety pack, which contains four fan favorites.

Oskar Blues might be the right choice if you also live in a house divided by football loyalties for the weekend, but there are plenty of other beer options that will help you show support for your team of choice. We’ve put together a list of breweries and specific drinks, recommended by experts and by The Cheat Sheet’s editorial staff. The beauty of the growth in the craft beer market is that many of these choices are available across the country, so you don’t need to live in Denver or the Carolinas to try some of these. If you don’t already have a regional favorite, this is the best time to discover one. 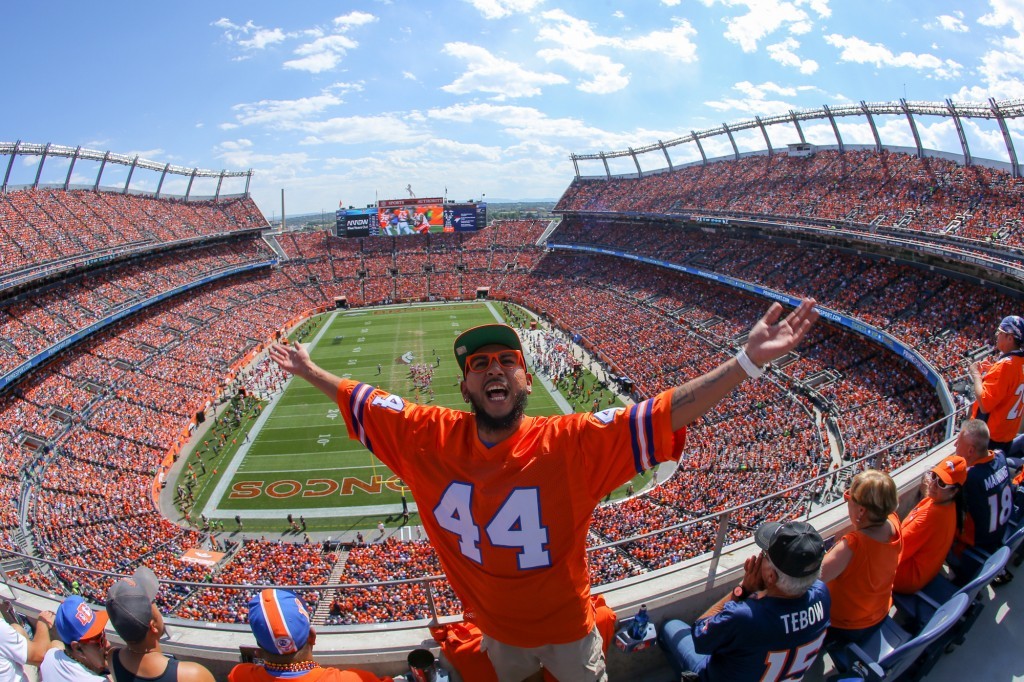 Unfortunately, you won’t be able to buy a pour of Factotum Brewhouse’s Oatmaha this weekend, the collaboration beer that’s a nod to Peyton Manning’s penchant for calling “Omaha!” before the ball snap. The brewhouse is planning for a larger release of the ale later this spring, but the Super Bowl party featuring the beer this weekend is already sold out. Luckily for you, there’s a multitude of other options on the table to support a Broncos victory.

Avery Brewing Company: Orange can and all, Avery’s White Rascal is one of Smith’s favorite selections from the Denver region, which he calls a “fantastic wit” – jargon for a Belgian wheat ale.

Dry Dock Brewing Co.: This brewery’s Apricot Blonde also comes in an orange can, meaning you’ll be able to match your team’s color scheme down to the can in your hand. The fruit beer received a gold medal in 2012 and a bronze in 2014 at the Great American Beer Festival, hosted in Denver each year.

Great Divide Brewing Company: A Denver staple, this brewhouse has 18 Great American Beer Festival medals to its name, 5 World Beer Cup awards, and several accolades from industry insiders including RateBeer.com and Beer Advocate. You probably can’t go wrong with any of their selections, but

New Belgium Brewing Company: A Fort Collins, Colo., favorite will soon open its new Asheville location to the public, but until then this brewery is technically only a choice for supporting the Broncos. It’s a top selection for The Cheat Sheet staff members, and earned top marks from Beer Advocate reviewers for its knowledgable staff. The brewery’s Abbey, a Belgian-style dubbel, is the most award-winning offering they have, but Fat Tire and Ranger are other popular selections.

Odell Brewing Company: One staff favorite from this Fort Collins brewer is the Isolation Ale, perfect for the season and an ode to the region’s snowy winters.

Looking for some other suggestions? Smith says relative newcomers Black Shirt, Crooked Stave, Epic Brewing, and Our Mutual Friend all have great selections and are becoming increasingly popular in the Denver area. 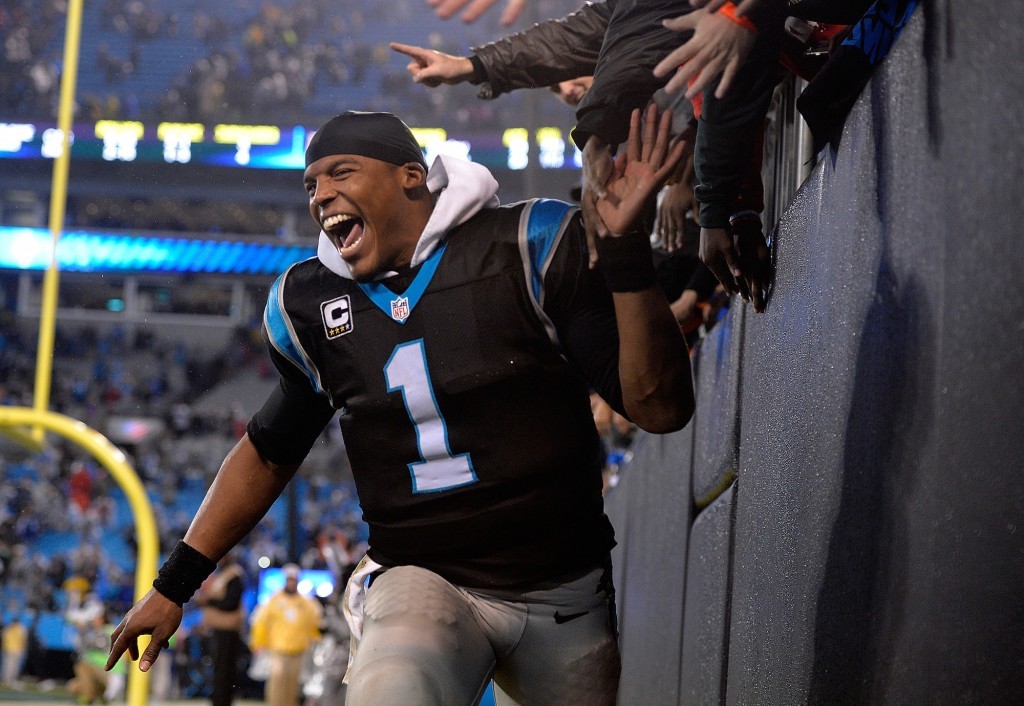 The beer scene in the Carolinas might be slightly less established than the one in Denver, but it’s growing by leaps and bounds and is considered a force to be reckoned with. North Carolina alone has more than 150 breweries and brewpubs, which according to the North Carolina Craft Brewers Guild is the largest number of any state in the South. Bob and Ellie Tupper, the “original beer geeks,” of Washington D.C. and authors of Drinking in the Culture: Tupper’s Guide to Exploring Great Beers in Europe took a trip last spring to North Carolina, focusing on the Durham area.

Birdsong Brewing Company: This brewery was chosen by Charlotte Magazine for the past two years as one of the city’s best spots for a night out. In 2015, it was chosen in part for its double IPA called Honey Pie. You might not be sipping these until after the game, but they’re worth a try if you haven’t already.

The Duck-Rabbit Craft Brewery: Another staff favorite, this brewery holds medals from the Great American Beer Festival for two of its lagers. If you’re a fan of dark beers, this self-proclaimed “specialist” is your stop of choice.

NoDa Brewing Company: NoDa is a staff favorite in the Charlotte area, and was also picked by Smith for its Hop, Drop ‘n Roll IPA. “It won a World Beer Cup award as an IPA (the largest, most competitive category) which is sayin’ something,” Smith wrote.

Olde Mecklenburg Brewery: Another Charlotte Magazine award recipient, this brewery inspired by German brews recently won the gold medal in the German-style Märzen category of the European Beer Star competition in November. The beer, Mecktoberfest, beat out more than 2,000 other selections from 45 different countries, and unseated traditional German winners.

The Unknown Brewing Company: Tupper hasn’t visited the brewery in person yet, but has tried several of their selections already. A favorite is the Dirty Commie Heathen, a Russian Imperial Stout with cherries, bourbon wood, and chocolate malts that Tupper calls a “booze bomb.” At 12.4% alcohol by volume, “Nobody is going to be drinking six packs of this during the game, but it might be just what you need if the Panthers lose,” Tupper said. Another selection is the Pre Game Session Ale, which is much more conducive to any party you’re hosting.