Take Your Beer Up a Notch With These Beer Drinks

A few decades ago, the idea of grabbing a beer more interesting than a mass-produced lager was laughable. Unless you knew a guy who knew a guy, a special edition from one of the big breweries was about as good as it was going to get. Little by little, craft breweries began opening their doors, and now they’ve become a monster force.

Even with so much selection at your fingertips, it’s easy to get stuck in a rut. And many do, especially when you consider, by some estimates, IPAs accounted for more than 27% of all craft beer sales in 2015. To make things a little more interesting without veering too far from your favorite beverages, try these easy twists. The only real equipment you need is a glass and spoon, so let’s get started. 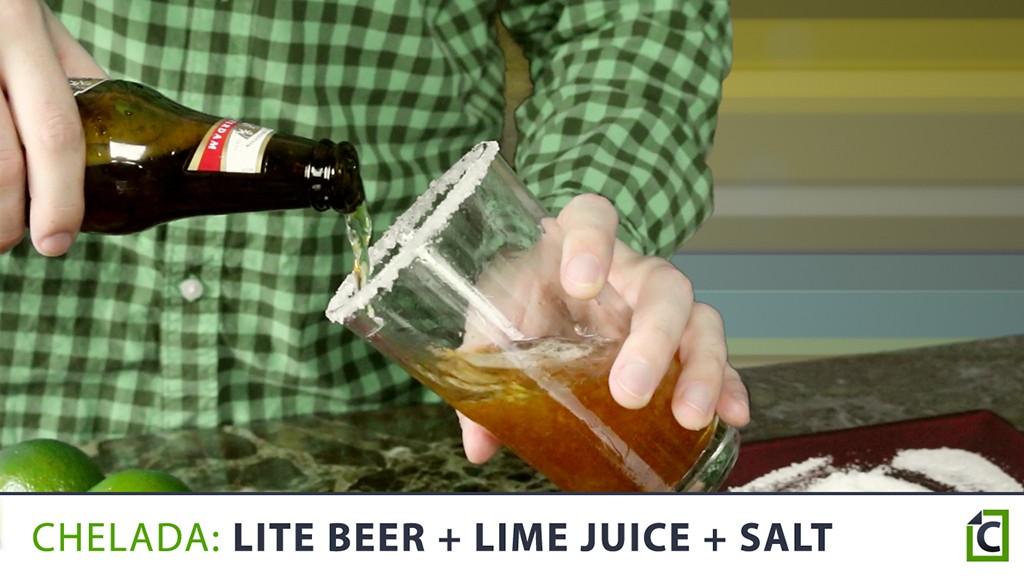 A close cousin of the Michelada, this beverage simplifies things even further by adding just a bit of lime juice and salt. This is a good starter for someone who may be a little skeptical of beer cocktails, because it’s interesting but still tame. It’s like the beer lover’s version of a margarita, which is particularly good for those who don’t care for sweet drinks.

First things first, get some salt. In this case, coarser is better. Both kosher and flaky sea salt are good choices. Dump a little pile onto a small plate, then rub the rim of your beer glass with a lime wedge. Dunk the rim into the salt, making sure to get as much coverage as possible. Pour your beer, add a hefty squeeze of lime juice, and you’re all set. If you’re feeling especially fancy, you can garnish the glass with a lime wedge.

This one is a classic, though it hasn’t been all that popular in recent years. Bring it back into style by learning to make a black and tan yourself. Start by filling your glass halfway with the pale ale, making sure to tilt the glass to minimize foaming. Next, grab a large spoon and a bottle of Guinness. Flip the spoon upside down and hover the tip just above the pale ale, the pour the Guinness in a slow, steady stream so it flows gently. You’ll end up with a two-toned beer that looks and tastes great.

Since a black and tan is all about the presentation, it’s a good choice for when you’re knocking back a few drinks with friends. And no worries if you don’t get it quite right the first few times. Even if the two beers mix together, it still tastes good. 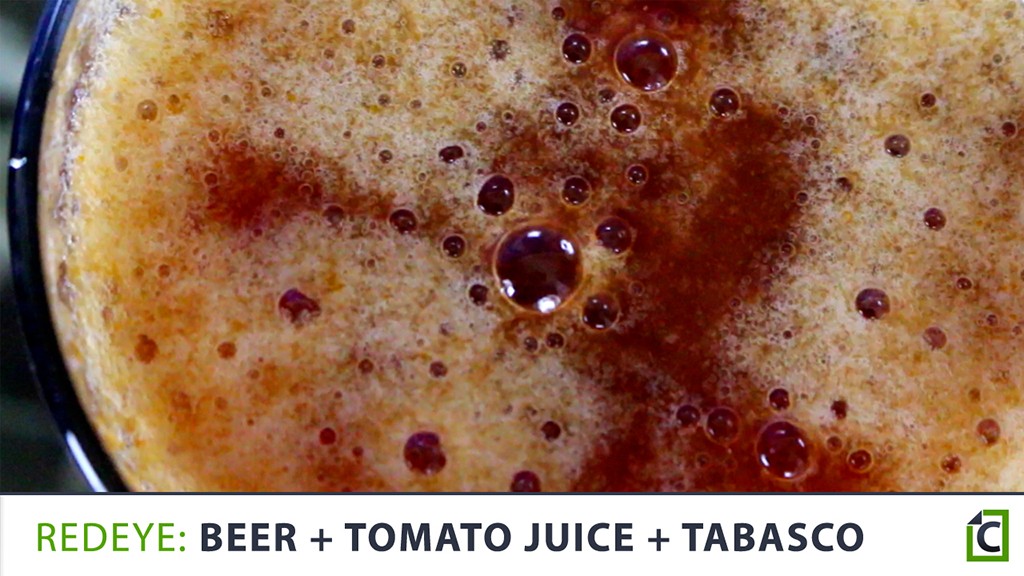 Consider the redeye a bloody Mary for the vodka-averse crowd. Because the beer provides so much flavor on its own, you only need two additional ingredients  for this drink. Start with your favorite tomato juice and fill your glass somewhere between a third to halfway full. Top it off with beer, then add as much or as little hot sauce as you want.

One note about hot sauce. You don’t have to use Tobasco, but you do want to make sure you go for something with a good bit of vinegar rather than a condiment that’s all fire. The vinegar adds a nice acidity that really makes the drink pop. If you crave more heat, try using a beer brewed with spicy chiles. 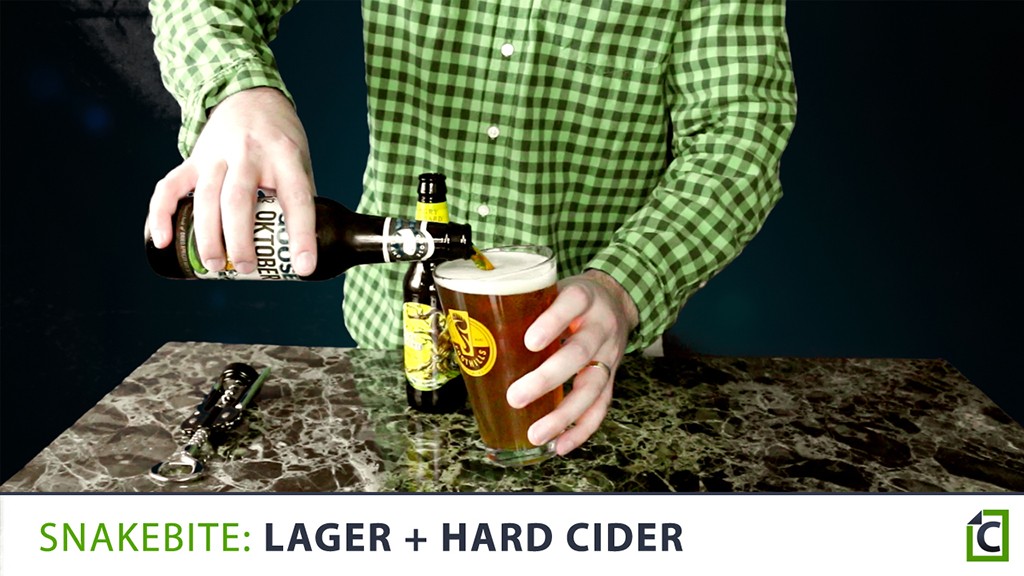 Another simple way to change up your usual drink that’s especially nice for the colder months is to add hard cider. Meet the snakebite. Though many recipes call for lager, just as many specify stout. The moral of the story is to use whatever beer you prefer. You can also let the cider be your guide because there are tons on the market covering a whole spectrum of flavors.

How do you make it? Easy. Fill a pint glass halfway with cider and follow with the beer. Some versions even call for black current juice or liquor, but that might just be gilding the lily. 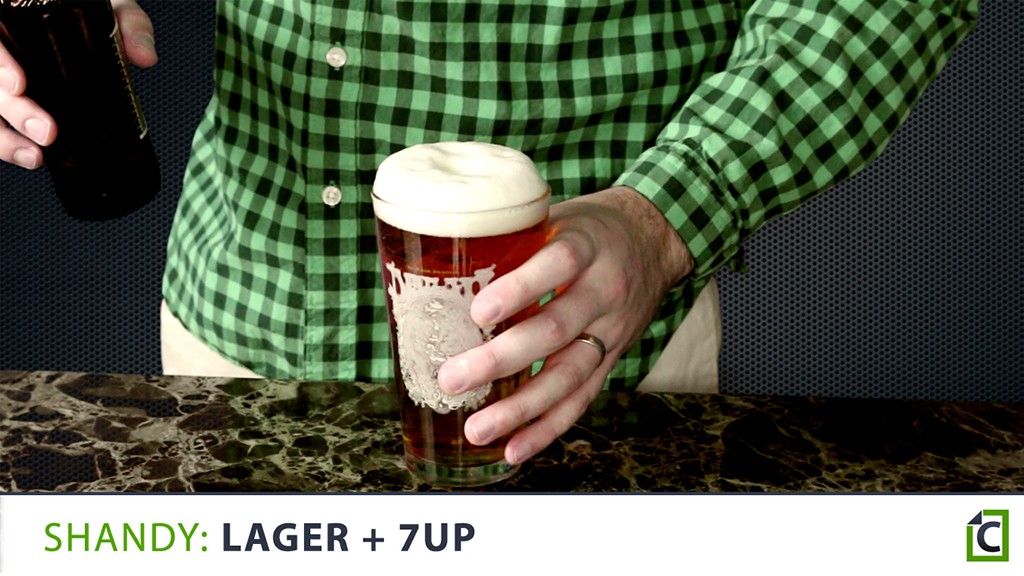 Though a mix of lemonade and lager is probably the most popular iteration of of this refreshing cocktail, citrus soda is just as good. And, unless you’re making your own homemade lemonade, lemon-lime soda generally tastes better than mass-produced lemonade. It’ll also maintain the carbonation better. Just pour some soda and add beer. The proportions are entirely up to you, so taste and adjust.

Pro tip: If you ever order a shandy at a bar and find yourself greeted with a quizzical look, ask for a radler instead. Same beverage, different name.