The 15 Craziest McDonald’s Locations Around the World

There are more than 36,000 McDonald’s restaurants worldwide, but not all of them look exactly the same. In fact, some are downright shocking to behold.

Visit just about any country in the world (except for the places where McDonald’s is forbidden) and you can most likely order a Big Mac and fries if you really want to. Some locations have crazy foods, like Belgian waffles. Some have turquoise arches instead of golden arches. But no matter where you go, McDonald’s is still McDonald’s. And that means you can get your food served hot and fast.

Ahead, check out the craziest McDonald’s locations in existence. Are there any near your house? 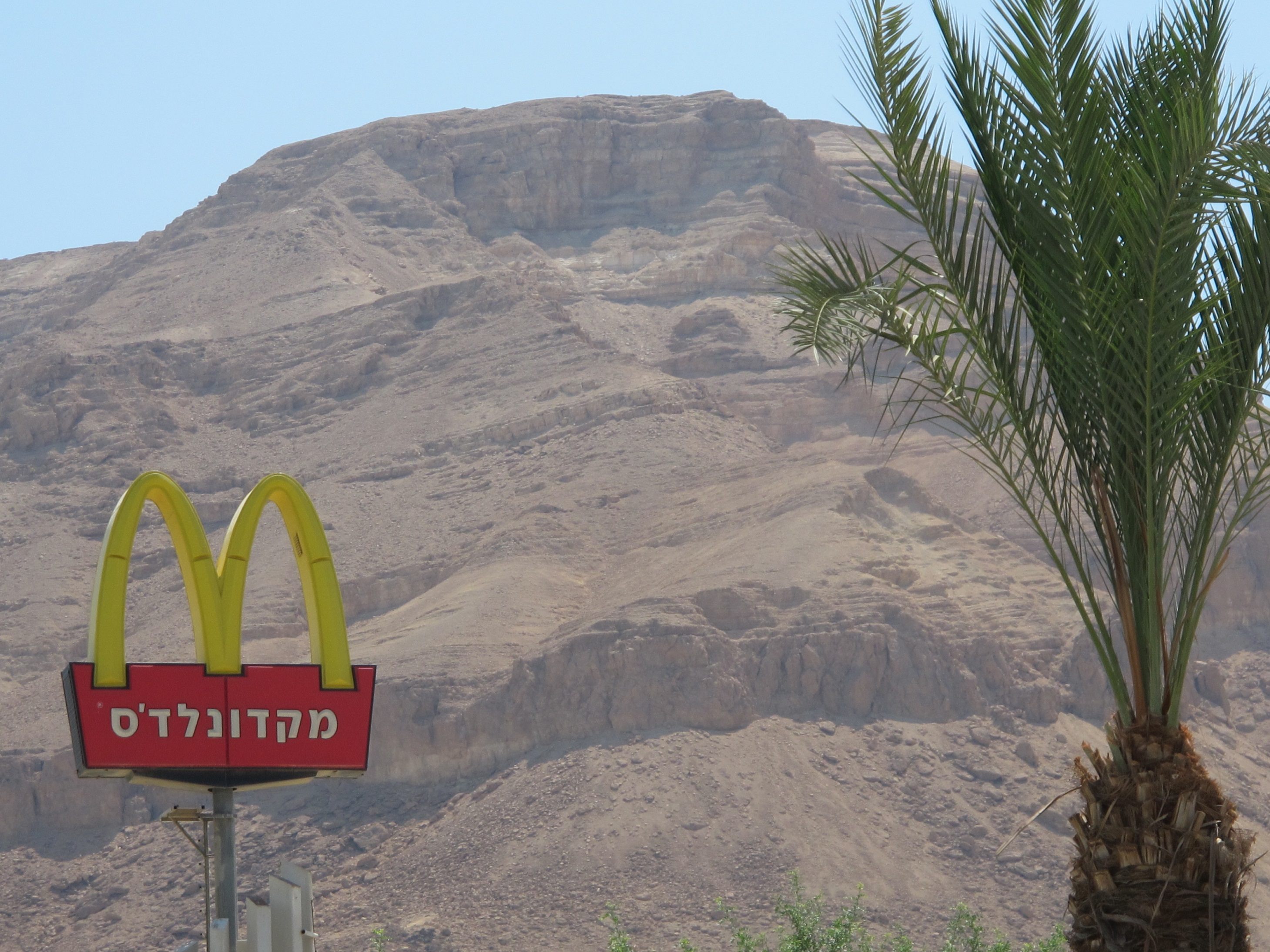 It’s like an oasis in the desert. | Gueztoub/Wikimedia Commons

Rising like a mirage amidst the sand dunes, this McDonald’s caters to tourists journeying to Israel’s southern resort towns. And while it may seem strange to build a McDonald’s out in the middle of nowhere, it’s actually a pretty smart move to situate a restaurant along a roadway where you’re literally the only option.

Next: This McDonald’s location is otherworldly. 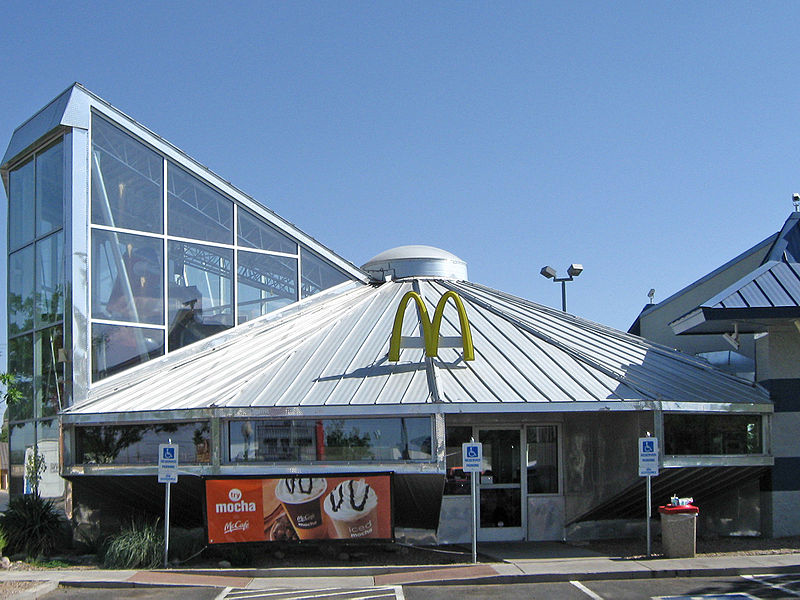 The town is known for its reported extraterrestrial activity. | AllenS/Wikimedia Commmons

A McDonald’s that’s shaped like a spaceship makes a lot of sense in the city of Roswell.

In 1947, ranch worker William Brazel discovered debris near the town of Roswell which some believed was the remnants of a crashed UFO. Conspiracy theorists consider the “Roswell incident” the biggest government cover-up of extraterrestrial knowledge in history.

Whether there are aliens trying to make contact with humans or not, one thing’s for sure: you can visit a spaceship in Roswell anytime you want. And you can even order chicken nuggets while you’re there.

Next: It’d be a crime to skip eating at this McDonald’s. 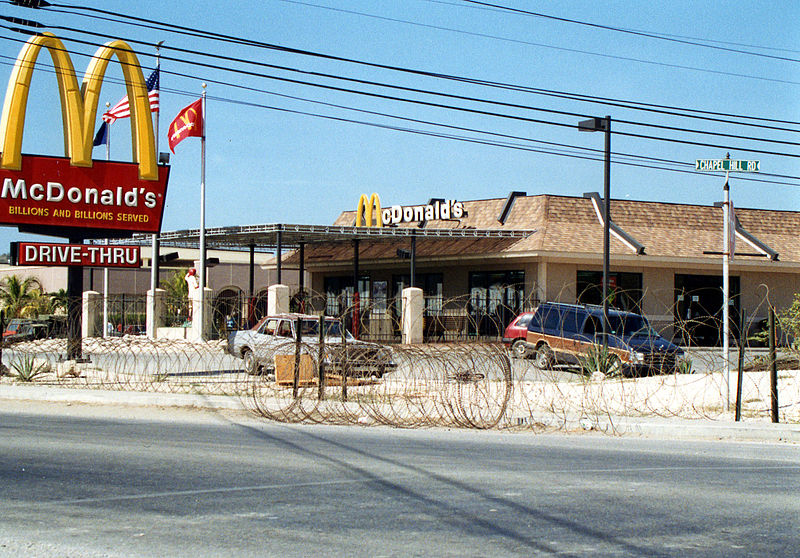 It’s only accessible to those on the base. | United States Navy/Wikimedia Commons

There’s only one McDonald’s in Cuba. It’s located at the U.S. Naval Base in Guantanamo Bay, an area is known for a controversial detention camp that houses hundreds of alleged terrorists.

The McDonald’s is only accessible to the base’s roughly 6,000 employees. And oh yeah, it’s surrounded by barbed wire. Of course.

Next: Don’t drive to this location — ski there. 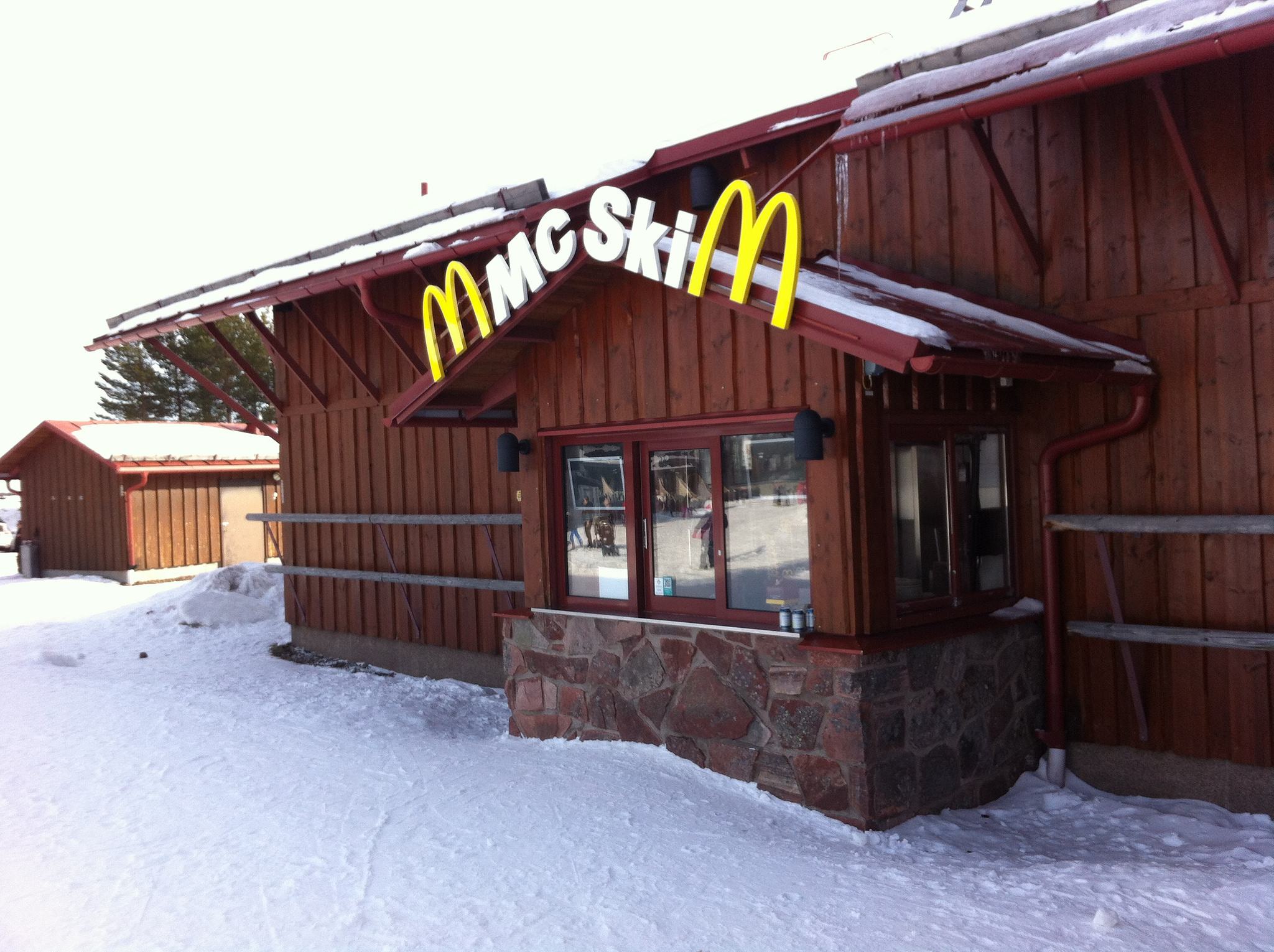 Ski up to the window for a change. | Per-Olof Forsberg/Flickr

You’ve been to the drive-thru — now step up your game and try the ski-thru.

The McSki McDonald’s in Sweden has operated a warm respite from the slopes since 1996. Simply ski right up to the order window, select your hot food, eat it quickly, and get back on the slopes. Eating McDonald’s while skiing means you don’t even need to worry about all those calories because you’ll burn them right off!

Next: This is the biggest McDonald’s in America. 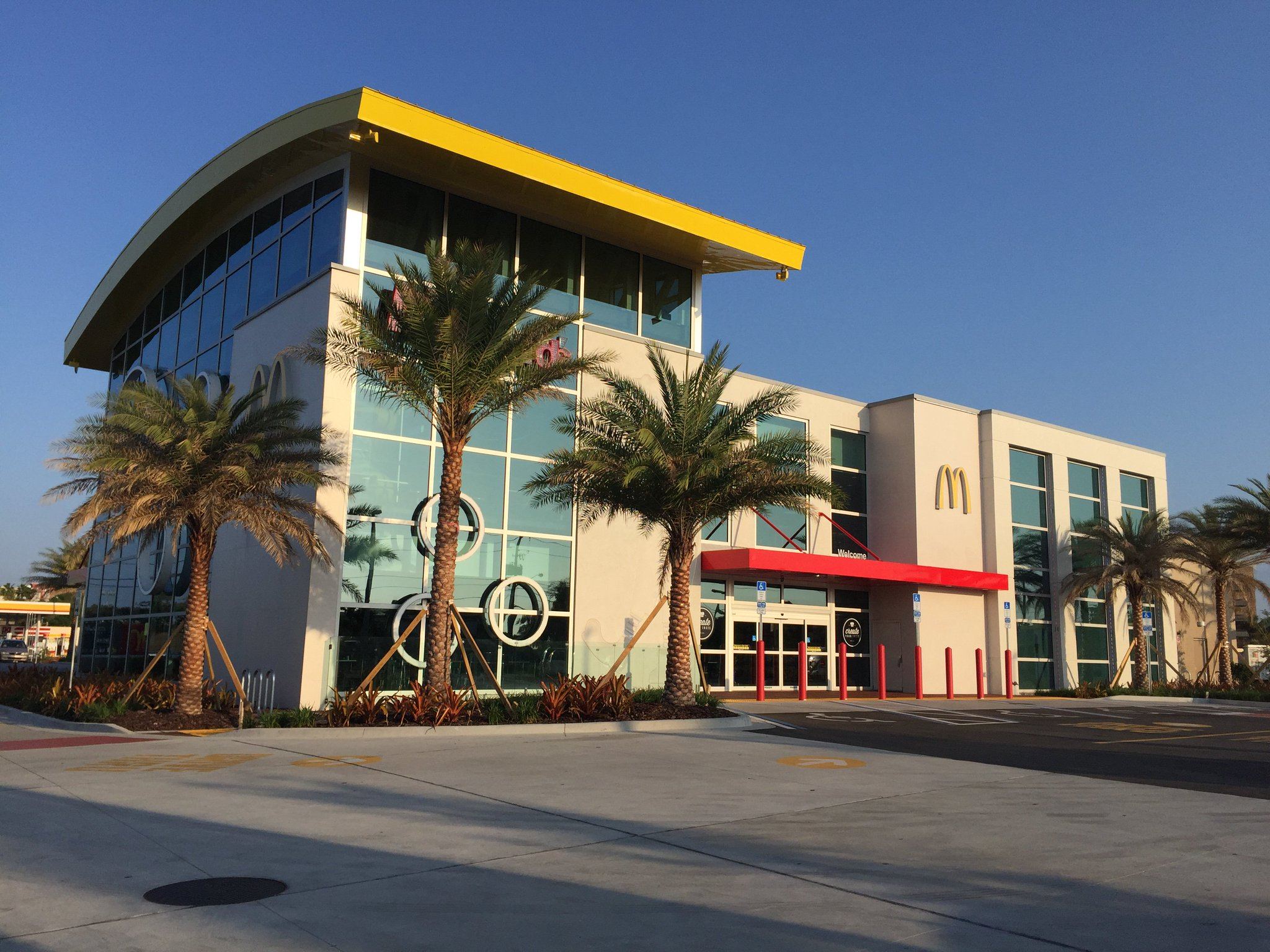 It’s the largest McDonald’s in the country. | EpicMcD Orl via Twitter

Known simply as Epic McD, this McDonald’s location in Orlando is the largest in the United States and possibly even the world.

Epic McD has a gigantic menu with unique items like pizza and Belgian waffles along with an arcade with games and prizes. It’s a definite must-see destination for any McDonald’s lovers traveling to Disney or other Florida vacation destinations.

Next: They almost tore down the building at this McDonald’s. 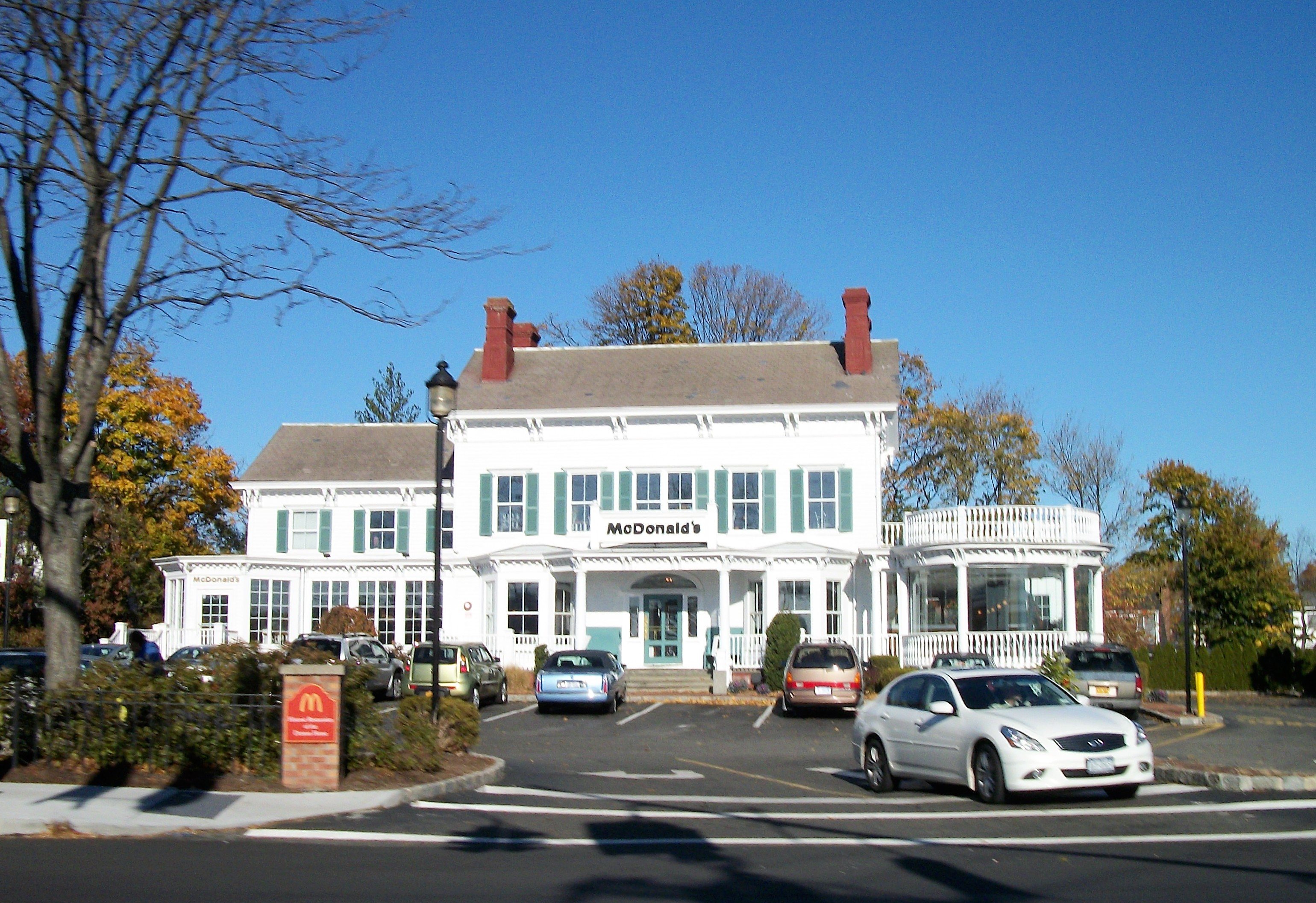 A 19th-century Georgian mansion isn’t the most likely of places for a McDonald’s, but this location in New Hyde, New York has a great story behind it.

The building was scheduled to be demolished until a local activist group saved it by establishing landmark status for the abandoned property. When McDonald’s moved in, they carefully preserved the fine details of the structure, including a grand staircase and glass-walled veranda.

Next: Finish your tour of the Museum of Communism with a Happy Meal. 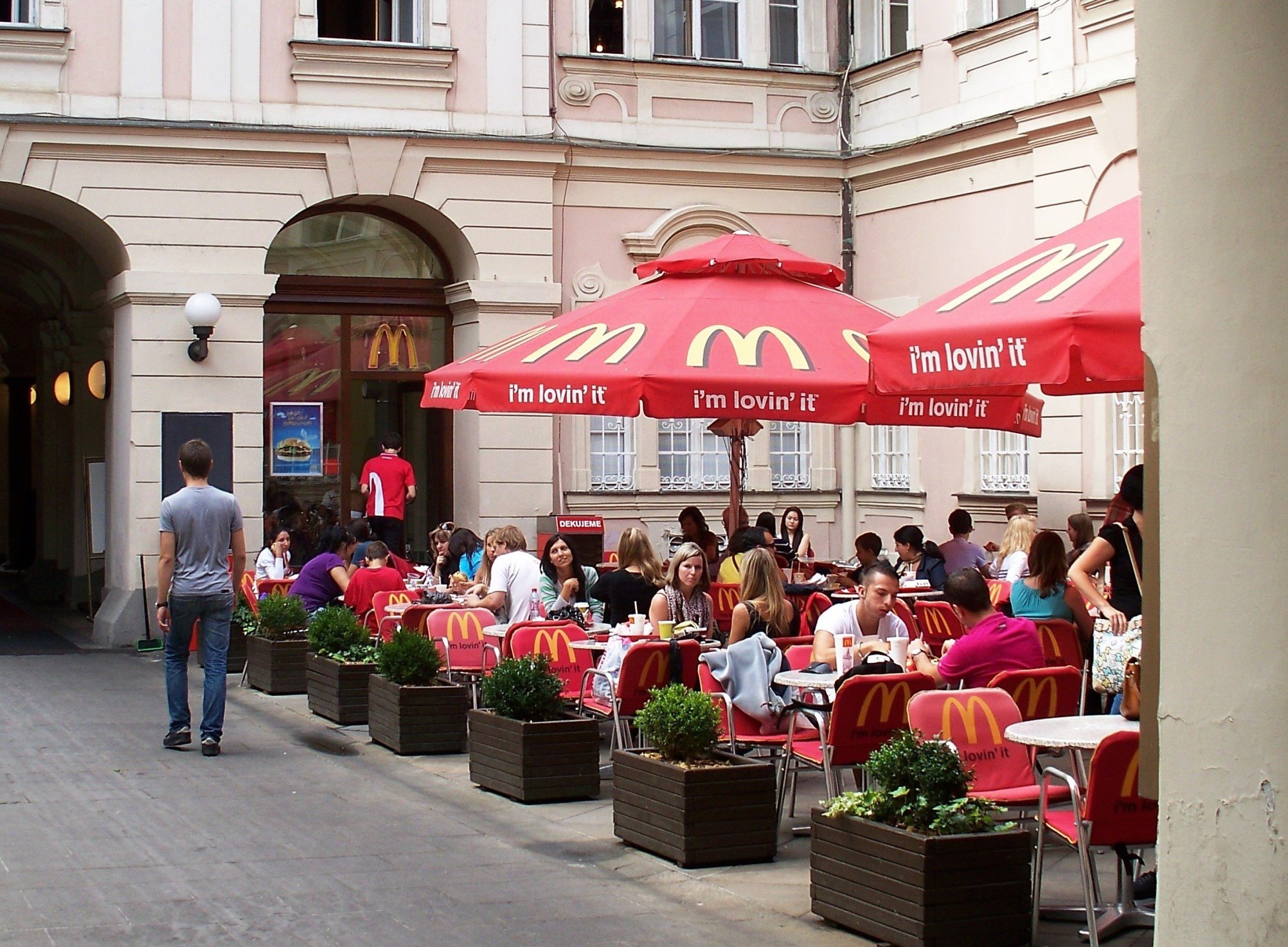 It seems like a bit of an odd location. | High Contrast/Wikimedia Commons

It’s kind of funny in an ironic way that an emblem of capitalism at its finest — McDonald’s — is located so close to the Museum of Communism in Prague. It seems wise to take a tour of the museum and cap off your visit with a Happy Meal to cheer yourself up.

Next: You could walk past this McDonald’s and not even notice it. 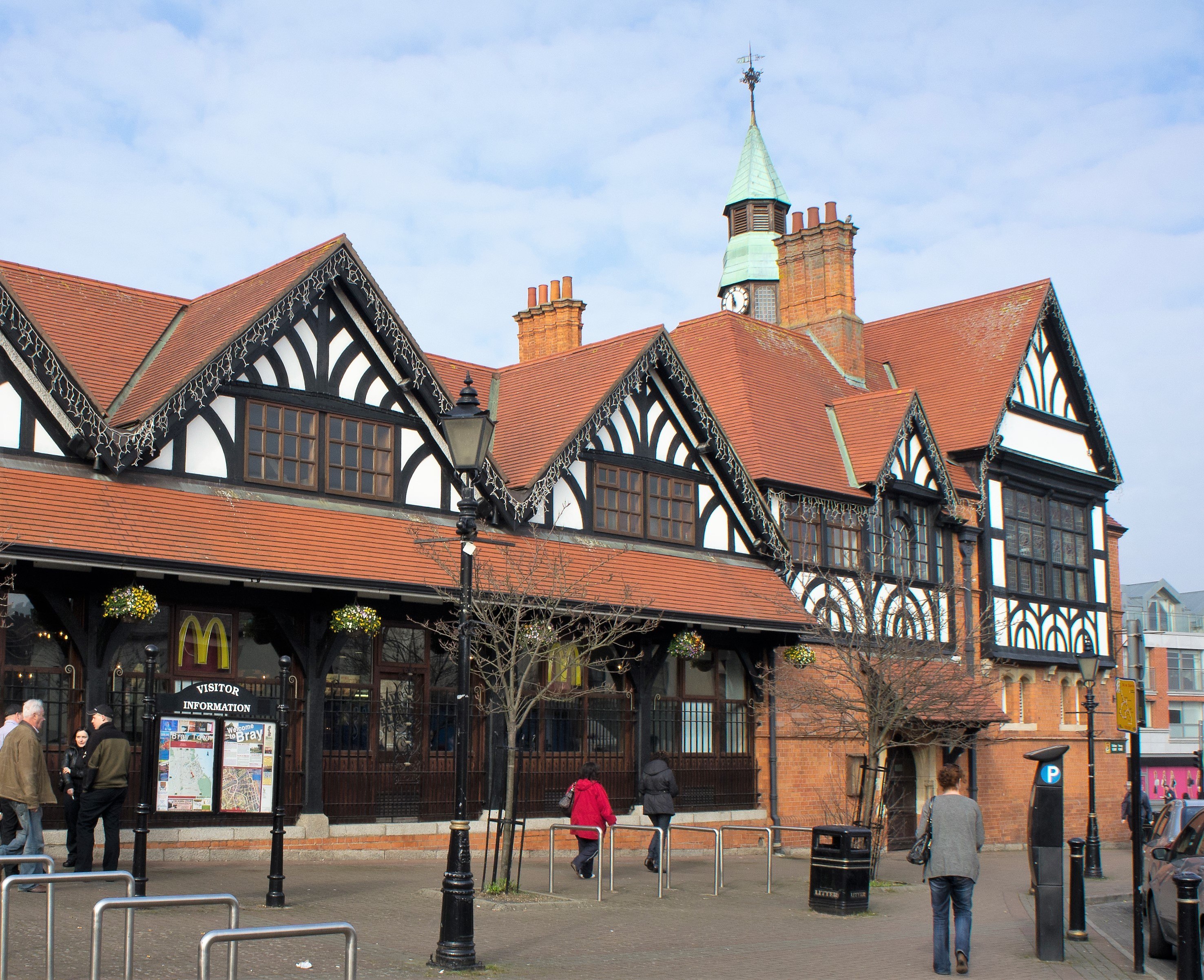 It blends right in with the architecture. | William Murphy/Wikimedia Commons

Not all McDonald’s are free-standing buildings. In the case of this Irish outpost, the restaurant blends seamlessly with the rest of the historic Tudor-style architecture as part of the Bray Town Hall; you’d only notice it because of the miniature golden arches located under the entrance. This McDonald’s has been serving fast food since 1997.

Next: This McDonald’s used to be a hotel. 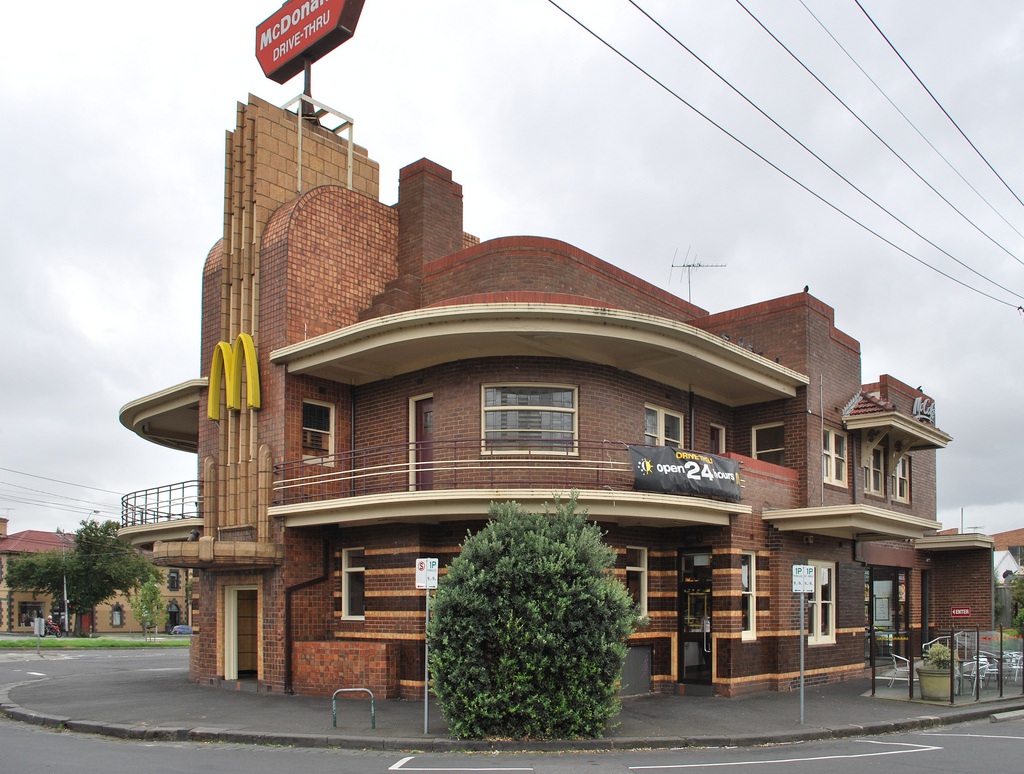 The art deco restaurant even has balconies. | Matt/Flickr

Sometimes McDonald’s moves in when another business moves out, which makes for some unique architecture.

Down under they call McDonald’s “Macca’s.” The Clifton Hill, Melbourne location is situated in an old art deco style hotel that was constructed in 1937-1938. The structure features curved balconies, a retro dining room, and a neon glowing façade.

Next: Get fresh lobster roll at this ritzy McDonald’s.

You wouldn’t even know that this is a McDonald’s. | NNECAPA Photo Library/Flickr

You may not believe your GPS when you pull up in front of this gorgeous McDonald’s.

This stately 1850s colonial mansion was once owned by a sea captain and it still has tons of charming details. The dining room is especially cozy thanks to the original fireplace. The only hint that you’re in a McDonald’s are the subtle golden arches in the window and the menu, which happens to include lobster roll. Yum.

Next: There’s been a lot of money in this McDonald’s. 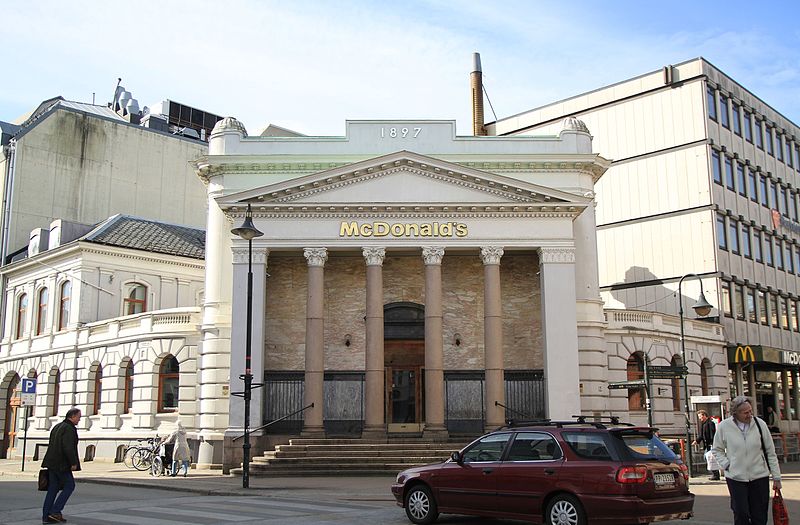 Sadly the front of the bank is closed. | trolvag/Wikimedia Commons

This former bank has been transformed into a fast food restaurant. You can’t enter through the original bank doors, but you can marvel at the amount of money that’s passed through the vault in the building’s lifetime.

Next: The views from this McDonald’s can’t be beat. 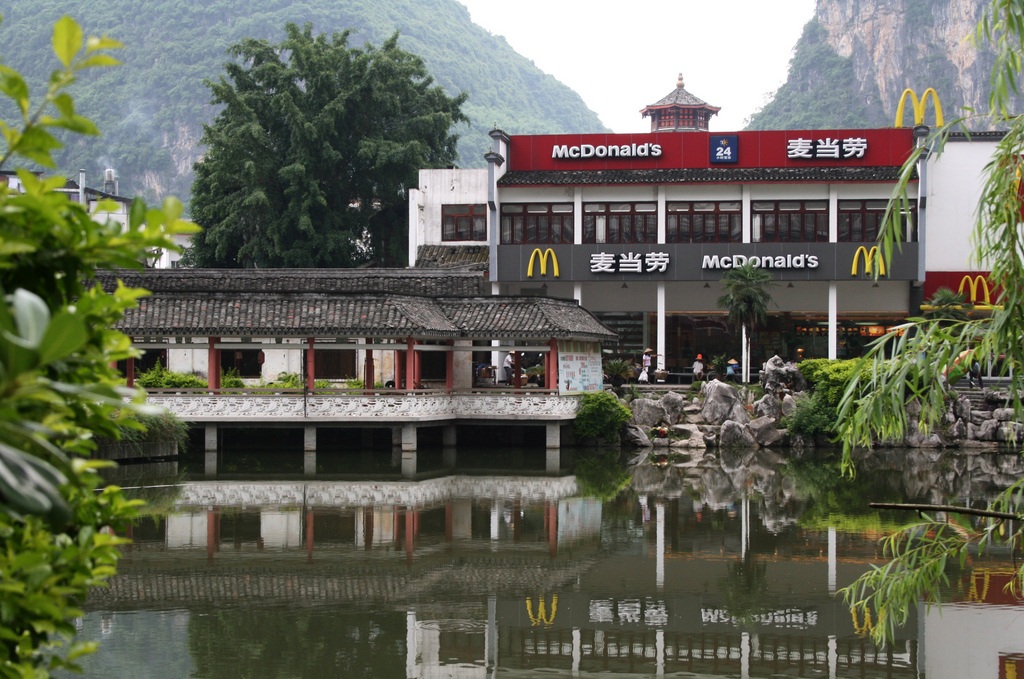 The gorgeous surroundings will win over even the biggest McDonald’s hater. | Kari/Flickr

The building is nice enough, but the true beauty of this McDonald’s lies right outside the door.

Breathtaking mountains, rivers, and a nearby pagoda are all part of what makes the ambiance of this McDonald’s restaurant truly memorable. If the weather is agreeable, head outside to enjoy your meal with a generous side of scenery.

Next: This is the only McDonald’s that doesn’t have golden arches. 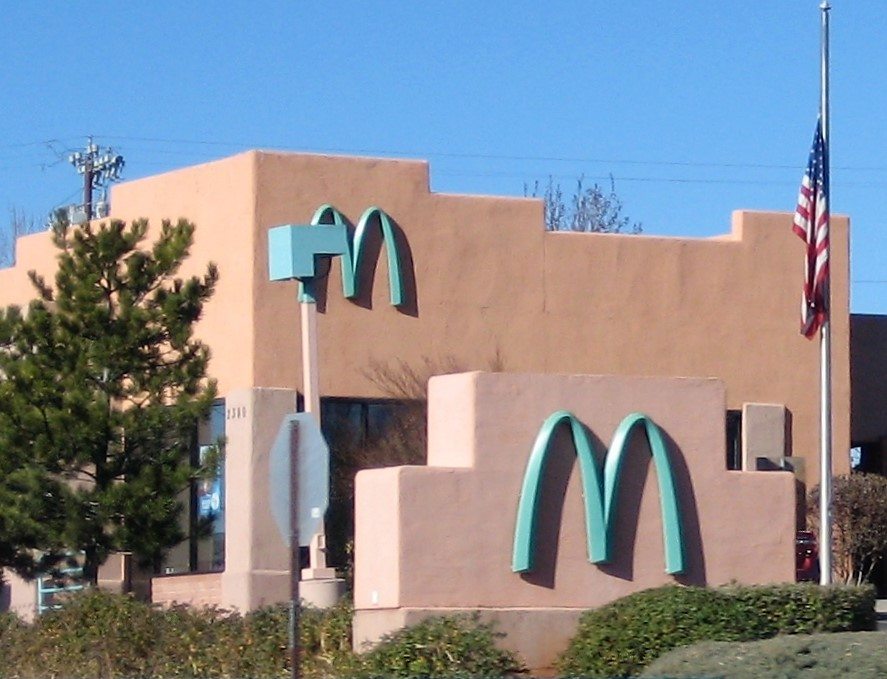 The arches are designed to match the cities architecture. | slick69/Wikimedia Commons

The local officials in Sedona are concerned with keeping the scenery looking natural, which is why this McDonald’s building echoes the red rock surroundings.

This is also the only McDonald’s location that has turquoise arches instead of golden arches. When the building was erected in 1993, city officials insisted that the bright yellow color would clash with the scenery and only approved the plan if that hue was switched to a more neutral blue instead.

Next: This McDonald’s will entice the little ones. 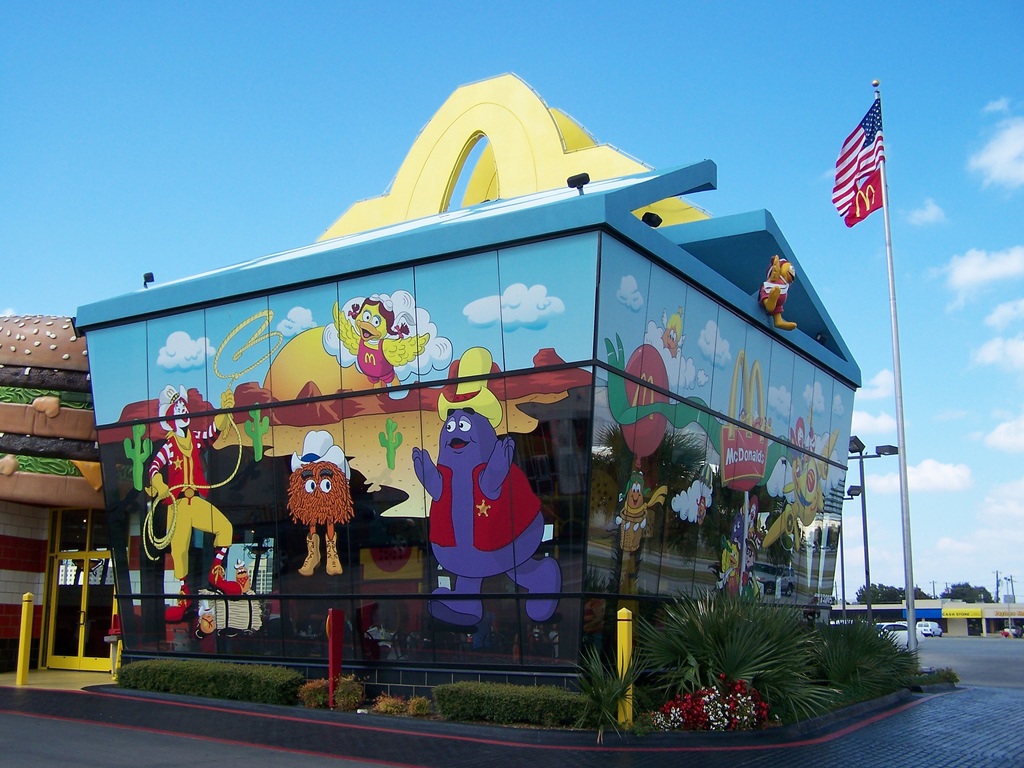 Kids are bound to love this place. | mrymerry/Flickr

If you have children at home, then you’re going to want to check out this McDonald’s in Dallas.

Whether you’re a kid or just a kid at heart, it’s hard to resist the whimsy.

Next: Hop on the train to this McDonald’s. 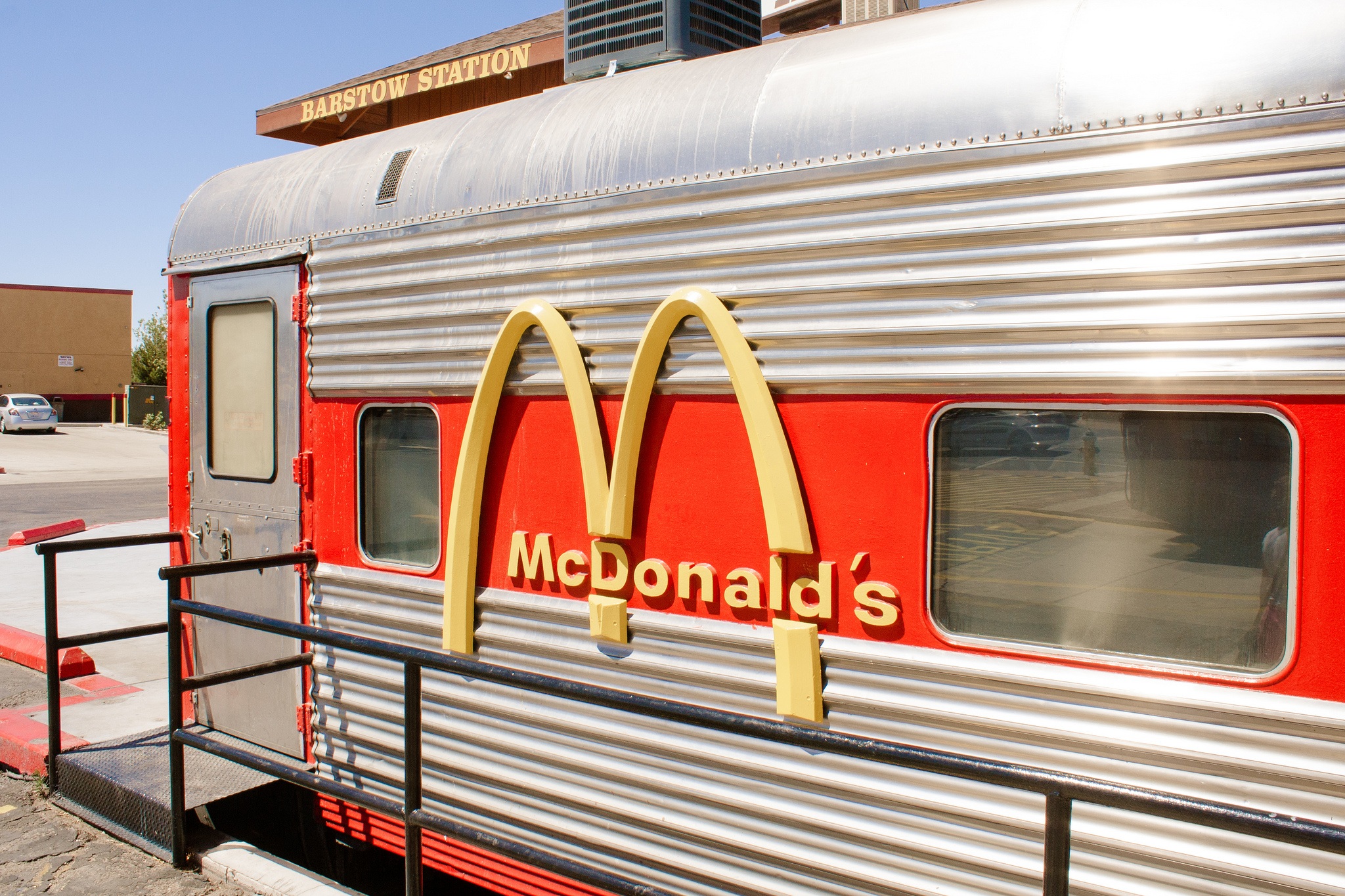 People have been refurbishing old railroad cars and turning them into businesses for as long as railroads existed. But have you ever seen one transformed into a McDonald’s?

This railroad car McDonald’s is a stop on the famous Route 66 in Barstow Station, California. The location has all the regular menu items you’d expect, but the difference is you get to enjoy them while pretending to ride on a train.

Read more: An Inside Look at America’s Largest McDonald’s (Including the Surprising Items on the Menu)