The Best (and Worst) Cheeses to Use for Grilled Cheese

Making the perfect grilled cheese sandwich — one that’s crispy on the outside and gooey on the inside — isn’t just a matter of skill. It turns out there’s a science to this stuff, at least according to the experts at the American Chemical Society (ACS).

The key to getting a perfectly melted grilled cheese sandwich is choosing a cheese with the right pH level, the ACS explained in this video.

All milk contains clumps of casein proteins called micelles, held together by calcium. Normally, these micelles don’t like to stick together, but when you add bacteria and enzymes during the cheese-making process and the lactose in the milk turns to lactic acid, they’ll clump. That creates the curds that can then be turned into different types of delicious cheese.

The longer a cheese is aged, the more lactose is converted to lactic acid, which lowers the pH. The lower a cheese’s pH, the easier it is for the calcium to stop holding the micelles together when the cheese is heated. That means the casein proteins can break apart from each other, interact with the fats and moisture in the cheese, and form a nice, smooth, melty sandwich filling. But if the pH is too low, the cheese breaks down too much, and you get a clumpy mess.

When you’re picking a cheese for your sandwich, you want one with a pH between 5.3 and 5.5, per the ACS. Gouda, gruyere, and manchego are all good bets. If you’re have hankering for cheddar, reach for a mild variety rather than extra sharp. The latter may have a nice bite, but it won’t melt as well when heated. Edam cheese also has the right pH, according to the FDA. Fontina and muenster are other good bets for melting, according to Sargento, while feta and chevre, though tasty, aren’t so great in a warm sandwich, because they won’t melt in the way you want.

With all that in mind, you can pick the best cheese for your sandwich with confidence. Here are a few recipes if you’re looking for ideas. 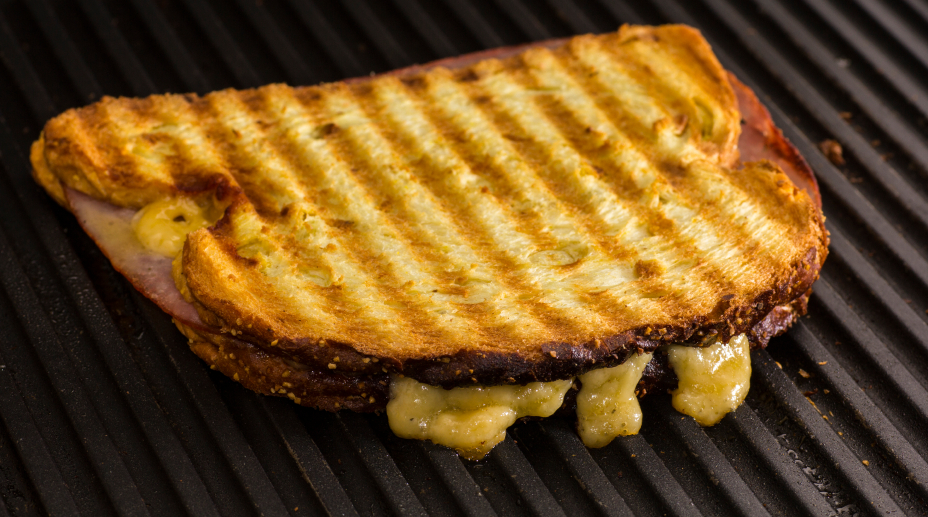 Manchego is a sheep’s milk cheese made in the Spanish region of La Mancha. In this sandwich, it’s combined with Serrano ham for a delectable take on a classic grilled ham and cheese. Recipe from Bon Appétit.

Heat panini press and cook sandwiches according to manufacturer’s instructions. Or heat a heavy large skillet over medium-high heat. Reduce heat to medium-low. Place sandwiches in skillet. Place another large skillet atop sandwiches; place weight, such as large can of tomatoes, atop skillet. Cook sandwiches until golden brown and cheese melts, about 4 minutes per side. 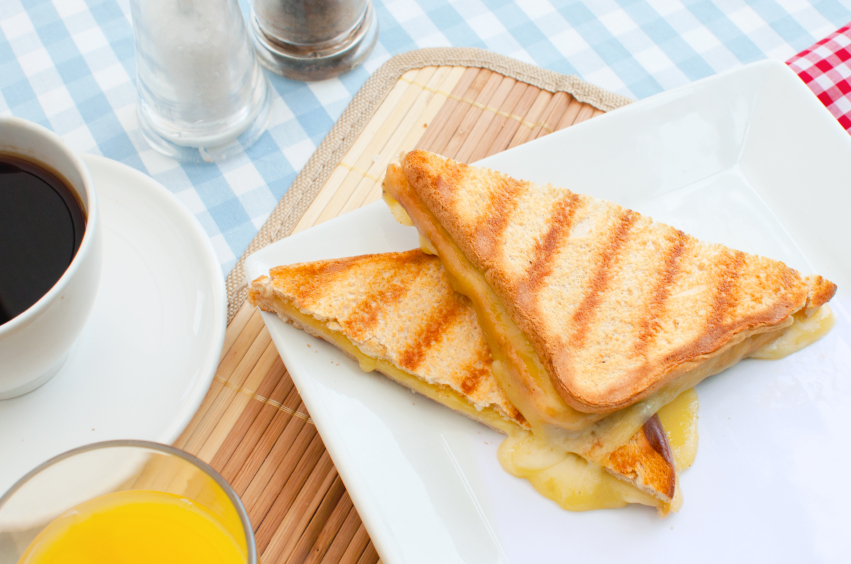 Gruyere’s status as a great melting cheese is well-known – it’s the main ingredient in many quiches, traditionally tops French onion soup, and often appears in a croque-monsieur. Here it’s paired with apples and cinnamon. Recipe from Tablespoon.

Directions: In a large heavy skillet, melt 1 tablespoon of butter over medium-low heat. Add a slice of bread to the pan and let cook until it absorbs some of the butter. Top the bread with the grated cheese, then layer on the apple slices. Sprinkle with cinnamon and top with the second slice of bread.

Let the sandwich cook for 2 or 3 minutes. Flip (making sure the second slice of bread soaks up the remaining butter) and cook for another 2 or 3 minutes. Continue cooking until the cheese is fully melted, flipping as needed. Serve. 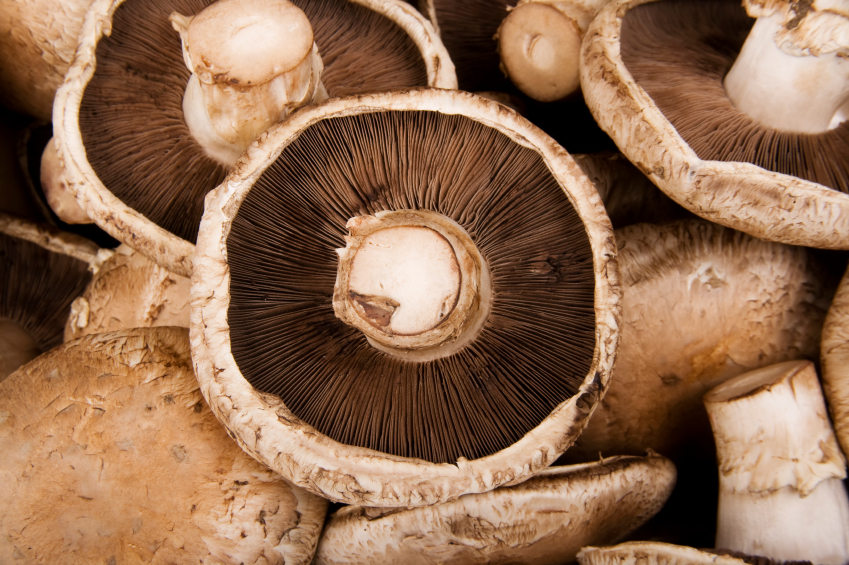 Nutty gouda is paired with hearty roasted mushrooms and savory onions for a sandwich that’s filling enough to serve for dinner. This recipe from She Wears Many Hats makes two sandwiches.

Directions: Preheat oven to 400 degrees Fahrenheit. Spread the mushrooms and onion in an even layer on a baking sheet, toss with olive oil, and sprinkle with salt and pepper. Bake for about 20 minutes. (This step can be done ahead of time; just store the roasted vegetables in the refrigerator until ready to use.)

Melt the butter in a large skillet over medium heat. As the butter melts, assemble the sandwiches. Layer ¼ cup of the shredded gouda, half of the mushroom and onion mixture, and then another ¼ cup of gouda on one slice of bread. Season with salt and pepper to taste and top with another slice of bread. Repeat the same process to make the other sandwich.

Place sandwich in skillet with melted butter. After a second or two, flip the sandwich over. Repeat with the second sandwich. Let each sandwich cook for about 2 minutes, then flip again and cook for 2 to 3 minutes more, until the cheese is melted and the bread is browned. Remove from the pan and serve.