The Best (And Worst) Food at Baseball Stadiums in America

Gilroy Garlic Fries are the dish to get at AT&T Park, the home of the San Francisco Giants, according to Esquire. The fries, loaded with minced garlic and parsley, are “worth the terrible breath you’ll be wafting across the stands.”

Hint: This tastes artificial, according to a taste tester. 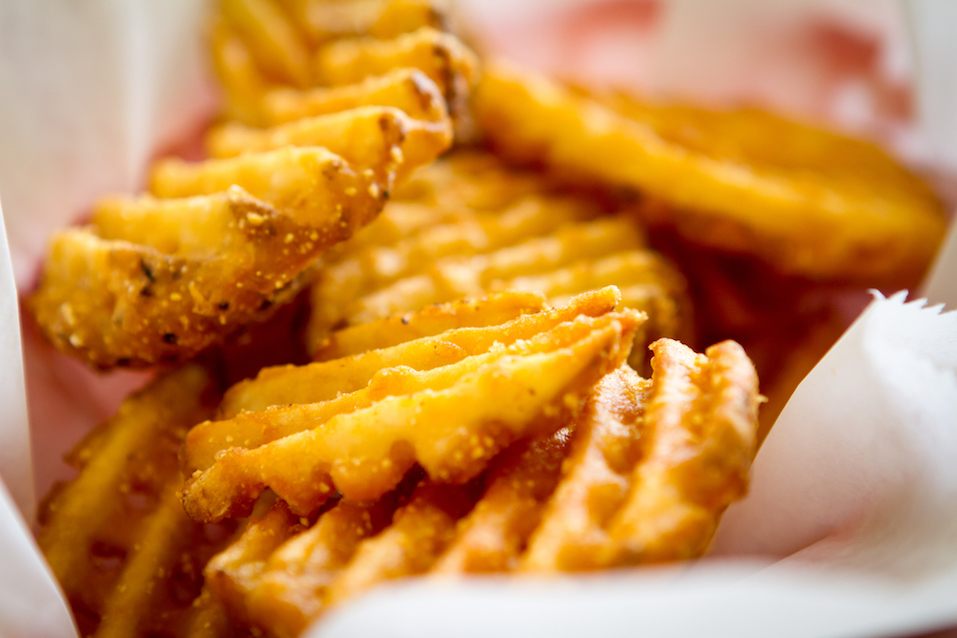 The Baltimore Orioles serve Chesapeake Waffle Fries at their stadium, which are waffle fries topped with crab dip, according to Forbes. “If you’re going to serve crab it should taste like crab,” Michael Blaustein, of the New York Post said during a taste test of ballpark eats.

Hint: Get a unique dessert at this stadium.

A Choco Kebab from Rate Field | Darren Rovell via Twitter

Instead of the traditional ice cream cone, try a shaved Choco Kebab if you’re at a White Sox game, suggests Food & Wine. Shaved chocolate is served in a pancake. You’ll forget all about the game and be busy getting seconds.

Hint: Get ready to eat bugs.

Hint: Try this barbecue staple at the ballpark then make it at home.

Hint: Corn is served with this classic junk food. 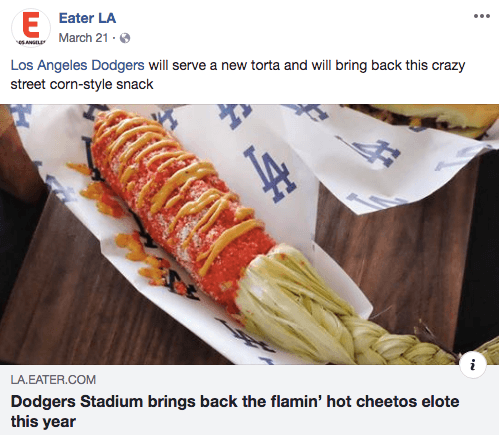 Dodger Stadium serves their version of Mexican street corn, the Cheeto-Elote. It scored lowest on Blaustein’s taste test. It’s grilled corn covered in Cheetos. “I don’t want to eat it and I don’t want to remember it,” he said. “It was terrible.” Take his advice and skip the Cheeto-Elote if you’re at a Dodgers game.

Hint: Get an even bigger version of this stadium’s popular dessert.

Chase Field’s churro (pictured above) became so popular, the stadium released a different varation called the “Churro 2.0,” according to the Diamondbacks’ Twitter. A churro is rolled Oreo crumbs and served in a donut along with vanilla frozen yogurt, and toppings, according to Esquire.

Check out The Cheat Sheet on Facebook!
Read more: 10 of the Best and Worst Foods to Eat While in the Car