7 of the Best Beer Festivals to Visit This Season

Just because the summer’s over doesn’t mean that it’s time to give up the loud music, partying with friends, and ice-cold beer. In fact, many of the best beer festivals around take place in the fall just as the sweeter pumpkin ales and hoppy autumn IPAs start to hit shelves.  If you’re having a hard time picking which beer fests to visit, here are some of our top choices that you won’t want to miss this season.

If you’re looking for amazing fall brews that contain hops so fresh that you can smell and taste them immediately in the beer, then you have to come to Washington’s own Fresh Hop Ale Festival. Thrillist namest this beer festival as one of the top to visit if you love tasting unique autumn beers that you won’t be able to find anywhere else. And with the state of Washington boasting one of the largest hop crops in America, it’s easy to see how a festival here is one that you wouldn’t want to miss. The beers you taste here are so fresh that you might even change your tune if you’re not a fan of hops — these beers are lighter on the pallet as opposed to the heavy and bitter taste that IPAs often have. This October festival is the perfect way to kick off the start of a new season.

If a visit to Germany’s famous Oktoberfest is a bullet point on your bucket list, then you’ll love Denver’s Great American Beer Fest. While you’ll still be in the U.S., Beer Connoisseur explains this festival takes place in a city that takes its beer seriously, and you’ll get to taste brews from every state. If you’ve ever been curious about craft beers from Alaska, Hawaii, or any other destination that you’ve always dreamed of visiting, then come to this beer fest and try them all. The Brewers Association also rewards the best breweries and brewpubs of the year, so you can know which new beers you should be buying at the store. This festival sells out quick, so you’ll need to get your tickets far in advance to visit.

This huge brew fest in Cincinnati, or as they call it, “Zinzinnati,” is considered to be one of the best Oktoberfests in the country according to Fox News. America’s Oktoberfest typically has over 650,000 people attending each year, and with so many festival goers, there’s still plenty of beer to go around. There are over 40 craft and specialty brews to try here, as well as fresh seasonal food favorites like bratwursts, homemade soft pretzels the size of your head, and potato pancakes to keep you fueled and ready to try as many beers as you can handle. There’s no shortage of fresh food, awesome entertainment, and of course, tons of bubbly beverages from across the country to celebrate the fall. Ok, this one already happened, but you can definitely start planning for next year. 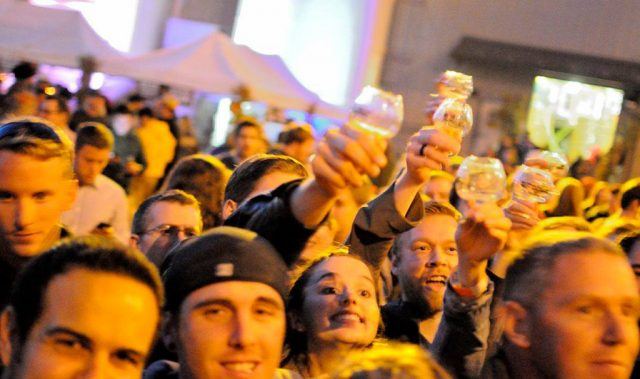 If you’re the type of beer drinker who indulges in a few brews over the summer and saves their beer appetite for pumpkin season in the fall, then this festival is one that you must visit. The Great Pumpkin Beer Fest that’s brought to Seattle by the Elysian Brewing Company is a one-day event in Washington that takes place in the Elysian Fields, where over 80 pumpkin beers that have been brewed locally and around the world are on display for all to taste. Twenty of these beers are from the Elysian brewers and their sponsors, so if you’re a newcomer to the area, you can get to know it very well through this tasty beer tour. There’s also a huge pumpkin that’s over several hundred pounds that has been gutted, torched, and made into a beer tap that’s filled with Elysian pumpkin beer. You’ll have to see this epic event to believe it.

5. Where the Wild Beers Are, Minneapolis and New York

The name says it all — Where the Wild Beers Are is all about fun, funk, and guest participation. If you love wild and sour ales over  IPAs and the common pumpkin beers you’ll find this time of year, then you have to check out this festival. If you choose to attend, you can bring your favorite wild, sour, or farmhouse brews to share with other attendees — for every 750-milliliter bottle of beer you bring, you can trade that in for 10 drink tickets. Mingling with strangers and discussing your favorite rare brews is highly encouraged. 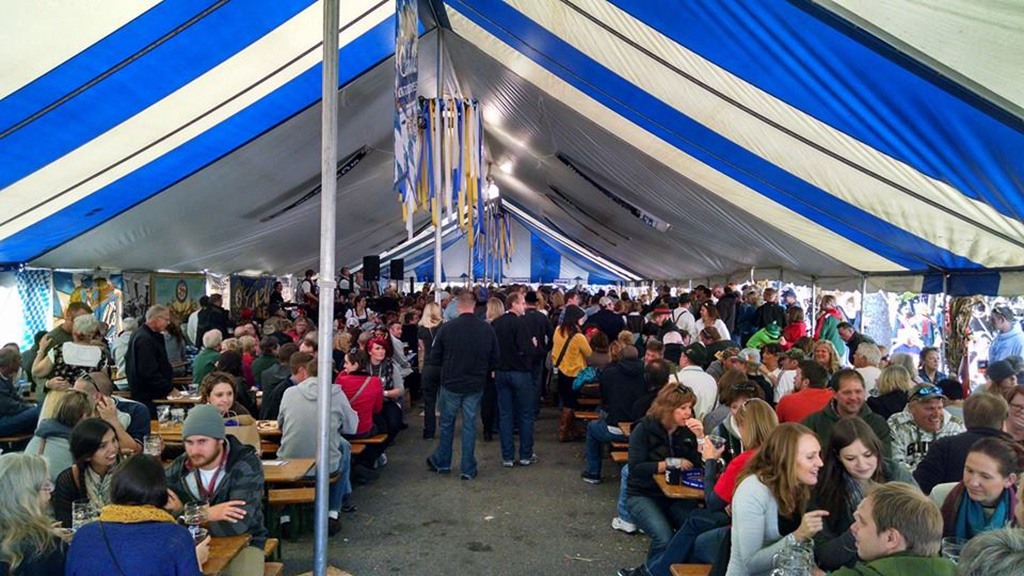 This beer fest in the Midwest is one of the best in the country, which makes sense once you realize the state of Minnesota has one of the largest German populations in the country. The New Ulm Oktoberfest celebration is modeled after the traditional beer fest in Germany, so you’ll have the chance to experience live, traditional music, kegs of locally brewed German ales, specialty shops, food vendors, and a 45-foot glockenspiel that chimes throughout the day. This festival will make you feel as if you’ve been transported to a Munich.

We couldn’t have a countdown of the biggest and best fall beer festivals without adding the original Oktoberfest to the mix. Munich’s Oktoberfest spends a solid month celebrating good beer, great friends, plenty of excellent German eats, and live entertainment, and this celebration has been going on every year since 1810. This celebratory beer fest isn’t just the largest beer festival in the world — it’s the largest festival in the world, period. If you can manage to make it to Germany for this grand event, then you’ll see that people from all different cultures, countries, and backgrounds share this party. Definitely throw this festival on your list of parties to experience in your lifetime. So why mention it if it’s too late to make it? Because you’ll want to start planning for next year.