7 of the Best Cities for a Christmas Vacation

Preparing for the holiday season becomes a lot less cheerful when you find yourself surrounded by a bunch of grumps. Whether at the office or at the grocery store, certain folks don’t seem to let the impending season of all things jolly thaw their frosty demeanor. Instead of letting them dampen your mood, try taking a trip somewhere a little more festive. These seven cities take Christmas seriously, so get ready for your merriest vacation yet. 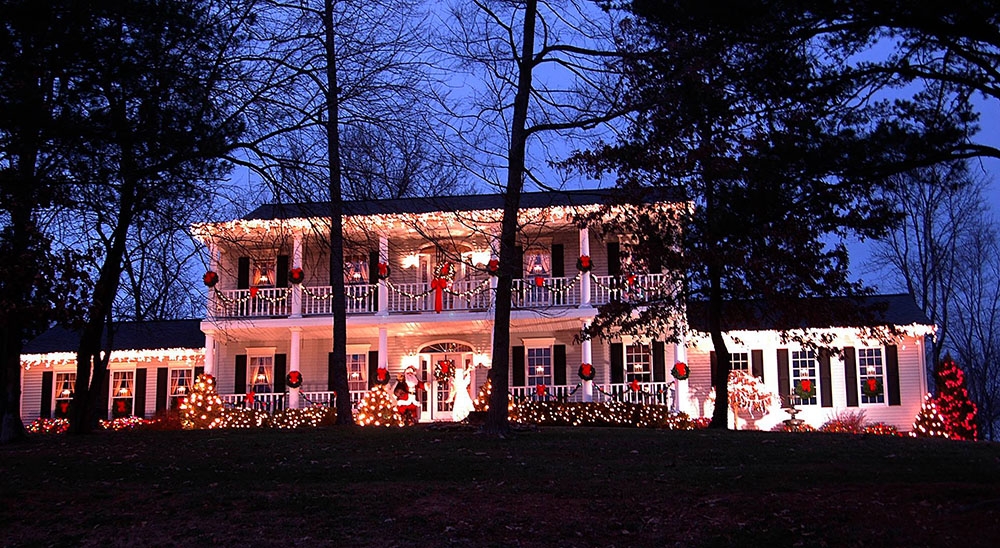 This town knows how to celebrate | Santa Claus, Indiana via Facebook

Though this town’s Holiday World & Splashin’ Safari theme parks draw huge crowds during the warmer months, Santa Claus really sparkles as a vacation spot closer to the end of the year. As the name suggests, Christmas-themed everything rules here. With huge light displays, special dinners, and a 5k run, there’s an activity for just about everyone.

This location is particularly good for those with kids. The post office encourages little ones to mail a letter to Santa Claus, and they answer about 13,000 of these notes every year. Also, don’t miss Santa’s Candy Castle. This structure opened its doors in 1935 and offers a wide variety of goodies. There are even throwback treats for the adults. 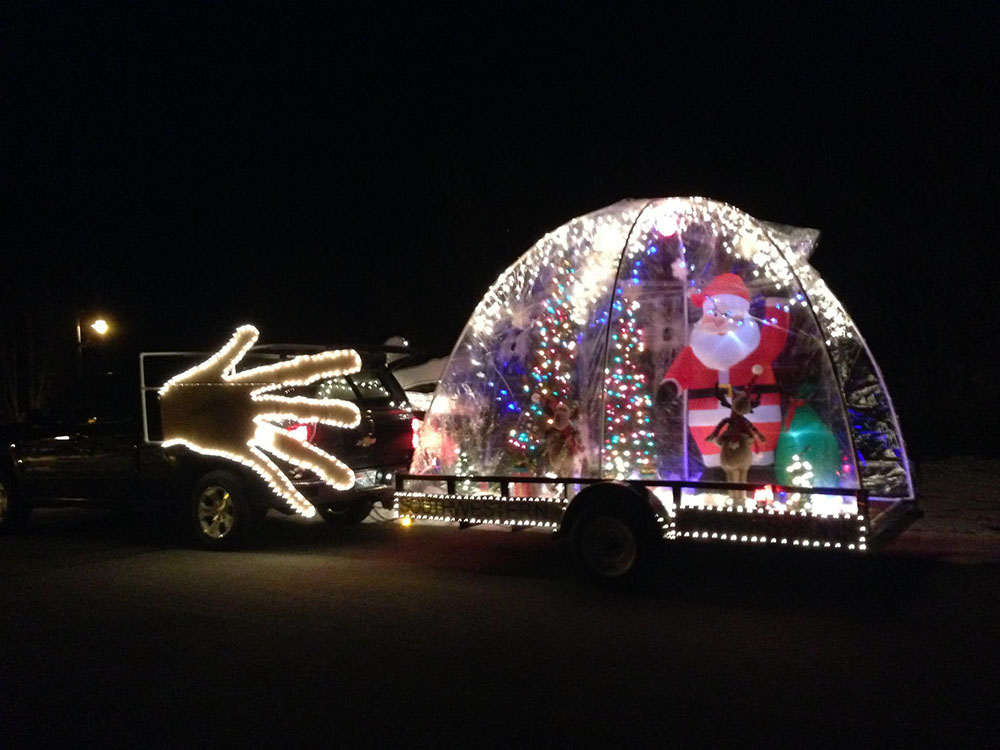 With an average December snowfall of 76.8 inches, Park City definitely looks the part for a holiday vacation. Kick off the beginning of the season with the annual Electric Parade where everyone with a vehicle, including those with bicycles, is encouraged to cover their ride in lights and drive down Main Street. You can also start off the night with the tree lighting in Miner’s Park.

You’ll find plenty of family-friendly activities like caroling, but those looking for something a little more exciting will love the Santa Pub Crawl. Costumes aren’t required, but they’re encouraged and enable you to save a cover fee. Ski bums will want to check out Park City Mountain Resort. If you book early, you’ll score a pretty great discount on lodging. 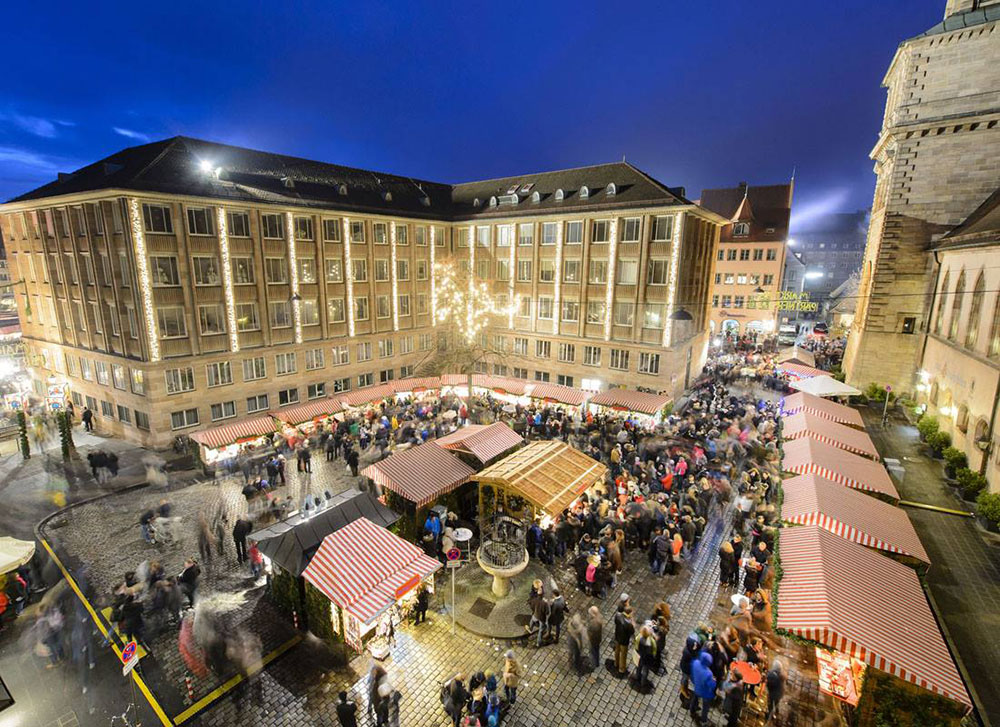 There’s no better place than the Nuremberg Christmas Market for a taste of old-world Christmas traditions. The popular destination draws around 2 million visitors each year and features around 180 stalls selling confections, crafts, and toys. Since all the stalls are in competition for the most beautiful design, you won’t find any tacky, plastic decorations. The market is open every day from November 27 through December 24 from 10 a.m. until 9 p.m. 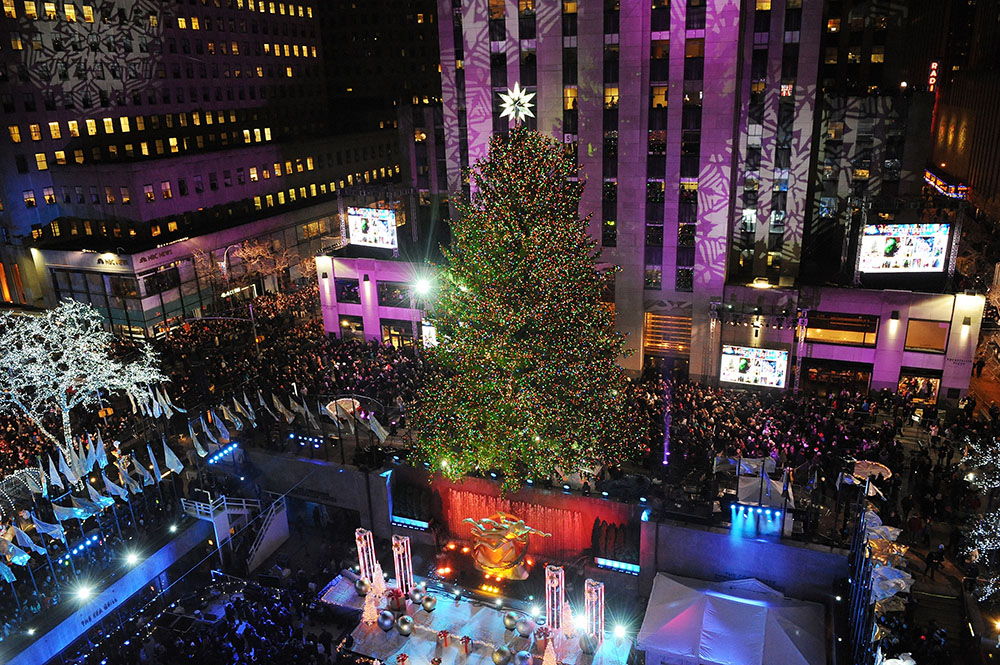 New York goes big when it comes to the holidays. It’s home to the Rockefeller Center Christmas Tree, one of the most iconic holiday symbols since the 1930s. This year’s tree is a 78-foot-tall Norway spruce from Gardiner, N.Y. and has already arrived. To see the lighting in person, make sure to show up to the 7 p.m. ceremony on December 2 well in advance because it draws massive crowds every year. And don’t forget to go for a spin on the nearby ice rink.

Classic attractions include the Radio City Christmas Spectacular and The Nutcracker at Lincoln Center. While a bit touristy, both are worth seeing at least once. The insane decorations at department stores like Macy’s and Bloomingdale’s are also worth a visit, even if you’ve already purchased your gifts. You’d be wise to step off the island for a bit, too. Check out the Brooklyn Holiday Bazaar, or if there’s snow, go sledding in Prospect Park. 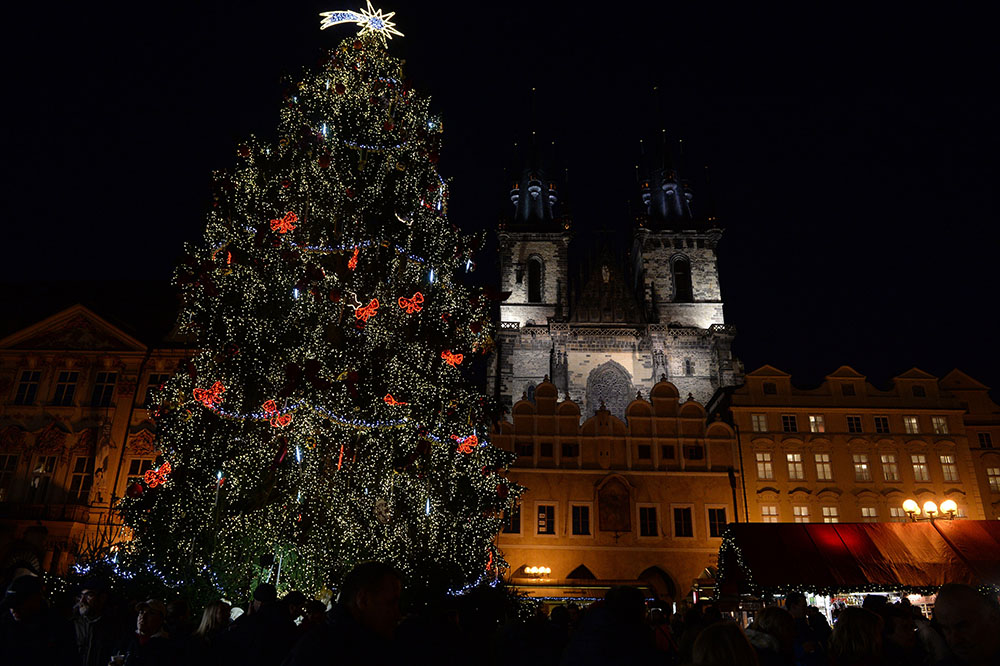 Anyone with at least a minor interest in architecture will be floored by a visit to Prague. The city’s most impressive structures have been around for centuries and include Baroque, Gothic, and Romanesque styles. The beautiful buildings become all the more impressive when surrounded by holiday decorations.

Though Prague hosts a number of Christmas markets, the best ones are located at Old Town Square and Wenceslas Square. You’ll find all sorts of handmade gifts and decorations from vendors, and don’t forget about the food. Get your fill of beer, mulled wine, sausages, cakes, and other pastries. There’s also a huge variety of jazz and classical music performances worth seeing. 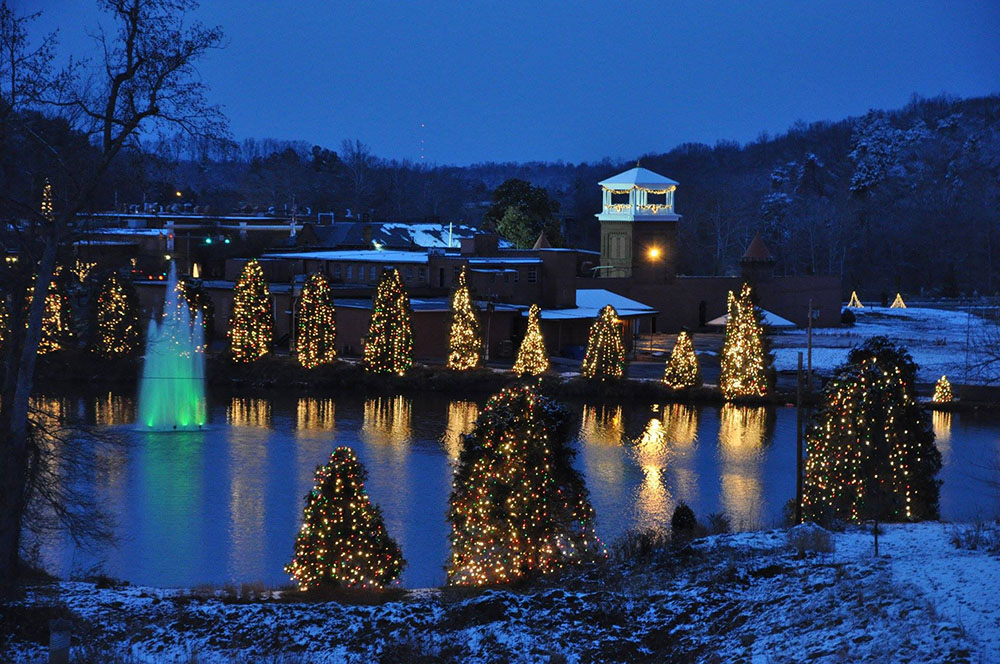 Drive to McAdenville and you’ll see the usual welcome sign you do when you enter any other town, except theirs also has the nickname “Christmas Town U.S.A.” at the bottom. What originally started as a small effort to decorate nine trees around the community center in 1956 has grown into an impressive display. It incorporates more than 375 glowing trees and more than 200 wreaths during the month of December.

The official lighting ceremony takes place December 1 at 5 p.m., but anytime during the year’s last month is a spectacular time to visit. There’s no charge to make your way through the scenery, but make sure to observe the allotted hours. The lights go out at 9:30 p.m. during the week and 11 p.m. on weekends — no exceptions. 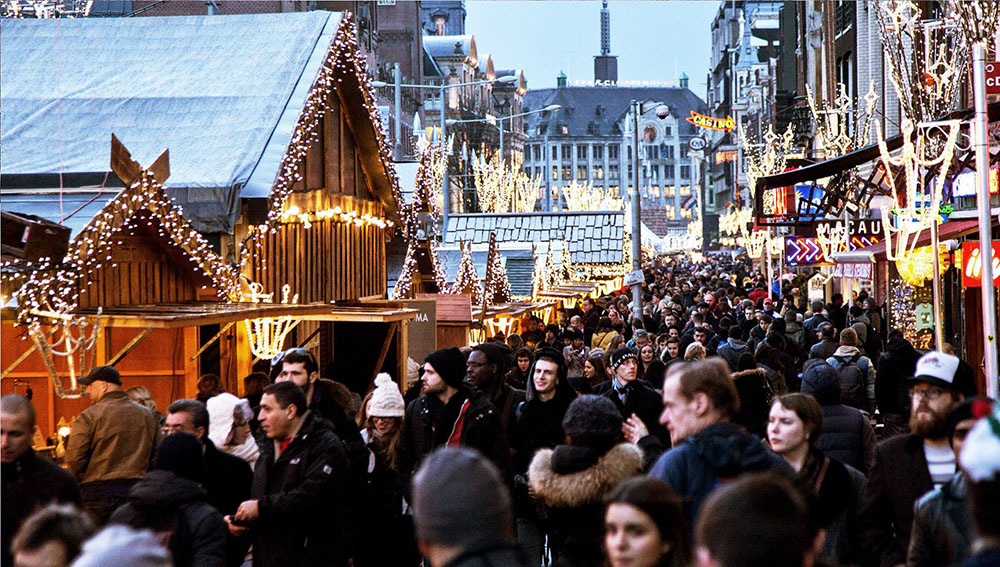 Though the story of Santa Claus traces back to Sinterklaas, a nickname the Dutch invented for St. Nicholas, the story of the jolly gift giver we know evolved a bit differently than that of his European counterpart. Everything from the day gifts are presented to children to the method of transportation used is different for the two characters. Though the parade celebrating Sinterklaas’ arrival happens pretty early in mid-November, he can be seen around town for a number of weeks.

If watching a man dressed in an ornate red and white costume isn’t your thing, check out The Amsterdam Light Festival, the selection of holiday markets, or the World Christmas Circus. And keep your fingers crossed for chilly weather. If the temperature dips low enough, the city bans boats from using the canals so they can create a massive ice skating rink.