8 of the Best Cities in America for Football Tailgating

When you go to a football game, the actual sporting event only makes up about half the fun. The tailgating scene is just as important, and maybe even more so for some folks. These pre-game parties are all about booze, food, and having serious fun. It’s no wonder they’ve become so popular. While you can have a great time at just about any football location, we’ve picked out eight of the best places to show your spirit and connect with like-minded fans. And unlike most other rankings, our picks include both college and NFL destinations, because a great tailgate is a great tailgate regardless of who you’re cheering for. Hit these stops for a football season you’ll never forget. 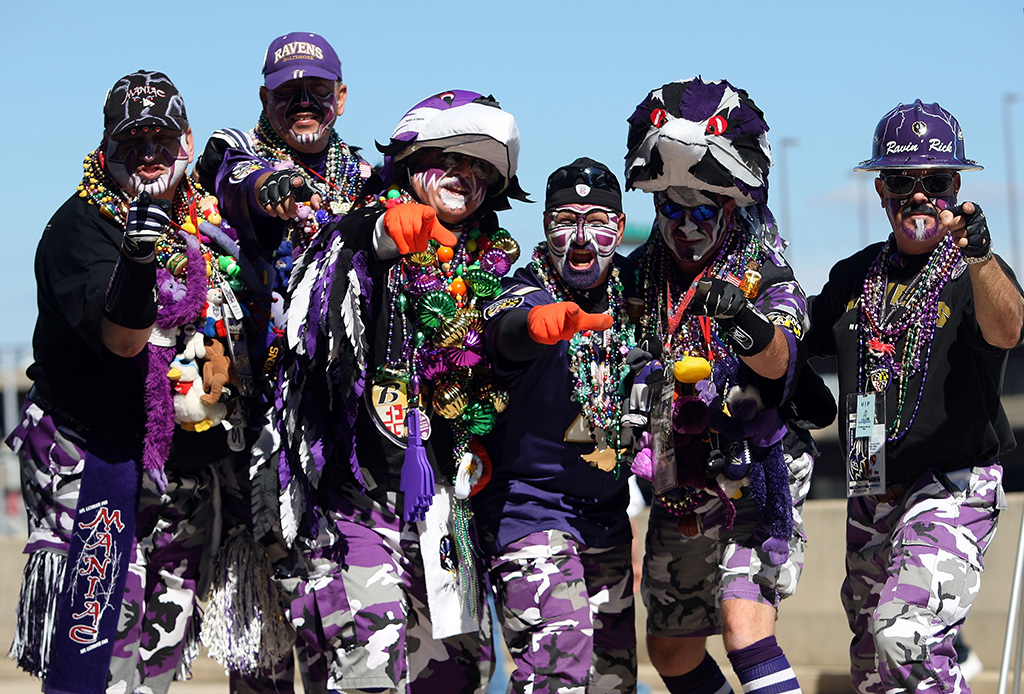 The Ravens may not have been able to recreate their Super Bowl success in the last few years, but it’s certainly not due to a lack of supportive fans. Here, you’ll find folks decked out in their finest purple in every surrounding parking lot as they’ve all been approved for tailgating. That doesn’t mean they’re all alike, though. According to CBS Baltimore, lots H and G are for the true partiers, lot O is for die-hard fans, and lots B and C are the best for those bringing kids along. 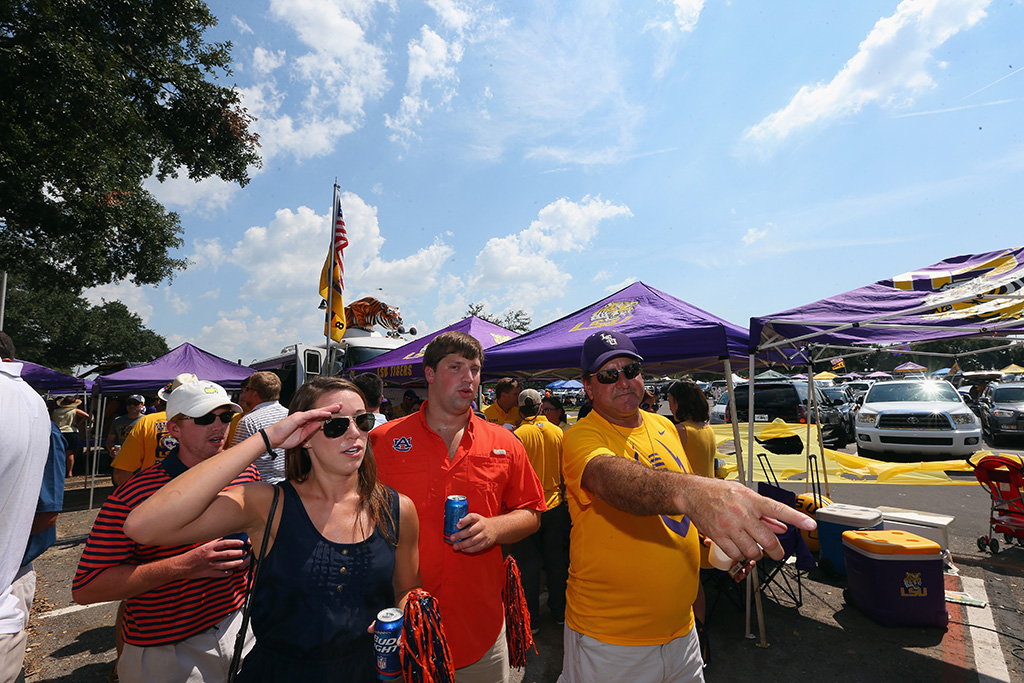 One advantage college football has over the pros is the the Saturday kickoff, which definitely encourages fans to go a little crazy. Louisiana State University has long been considered one of the best places to tailgate before a football game thanks in large part to the fantastic southern food. The New York Times even featured the pre-football festivities back in 2013. It’s a particularly good choice for fans who like something a little stiffer than a few beers because there’s no shortage of Bourbon in Baton Rouge. As fun as the festivities are, not everything is out of control. The stadium actually maintains a comprehensive policy guide to make sure everyone stays safe and respectful. 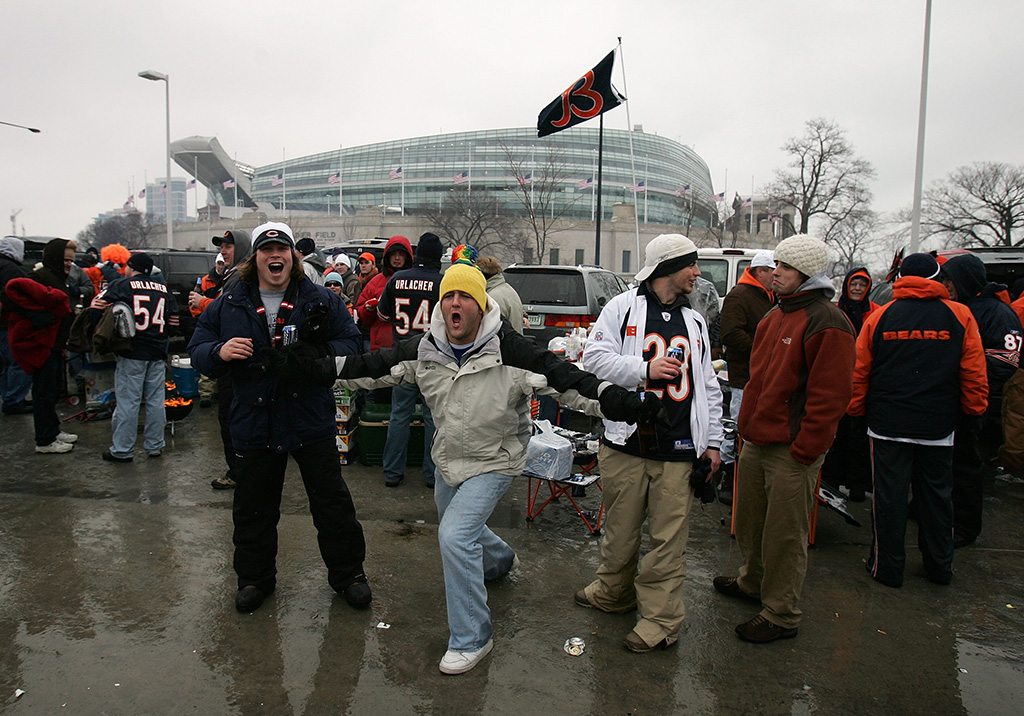 The Bears haven’t seen Super Bowl glory since their win in January of 1986, and the team has had its fair share of struggles in recent years. None of that seems to matter to fans in Chicago because they still turn up in even the most bitter cold to root for their team. Food & Wine highlighted this city as a great tailgating destination thanks to a sense of camaraderie as well as the opportunity to indulge in a true Chicago-style hot dog. It doesn’t hurt that you’ll also have plenty of other sights to see while visiting the Windy City. The Adler Planetarium, the Field Museum of Natural History, and the Shedd Aquarium are all just a short walk from the stadium. 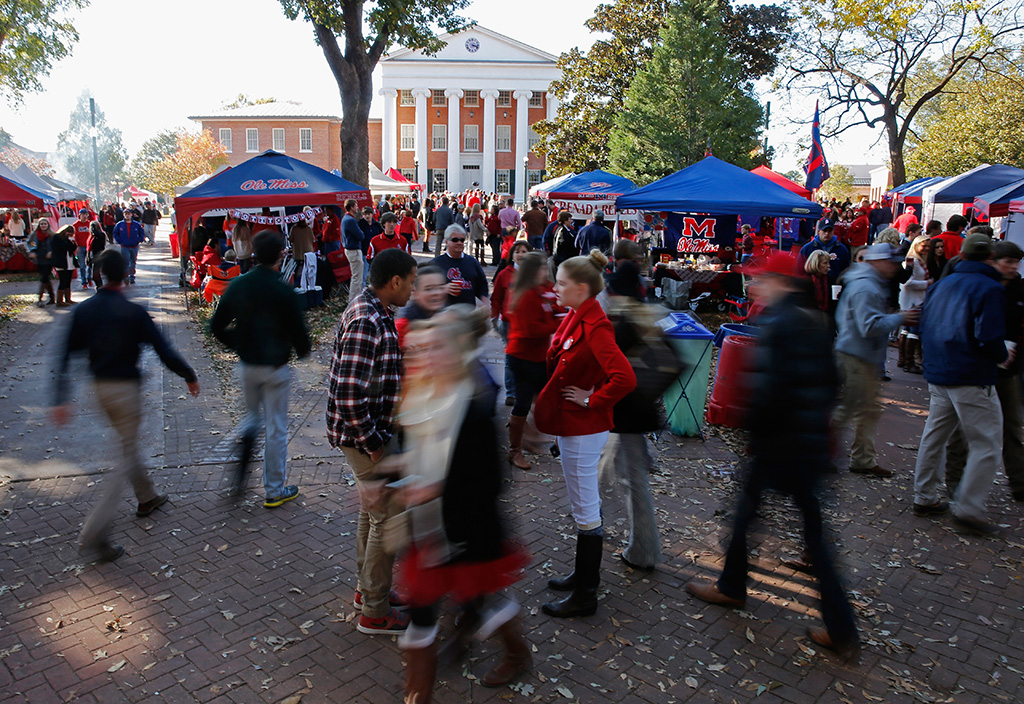 Tailgaters are so dedicated at Ole Miss, they actually arrive the night before the game to set up tents that secure their spots on a 10-acre, tree-lined clearing known as The Grove. There are no grungy parking lots, and many fans dress up in swanky duds as opposed to ridiculous costumes. If it sounds a bit fancy, that’s because it is. Bleacher Report named this town the best for college tailgating thanks to the decidedly fancy approach. The food is a lot more upscale than your typical football grub also. Bon Appétit once spent a day with fans and saw impressive spreads that included pimento cheese BLTs, fried alligator, pulled pork, bourbon pecan pie, and rum cake. If food is your focus, this is the tailgate for you. 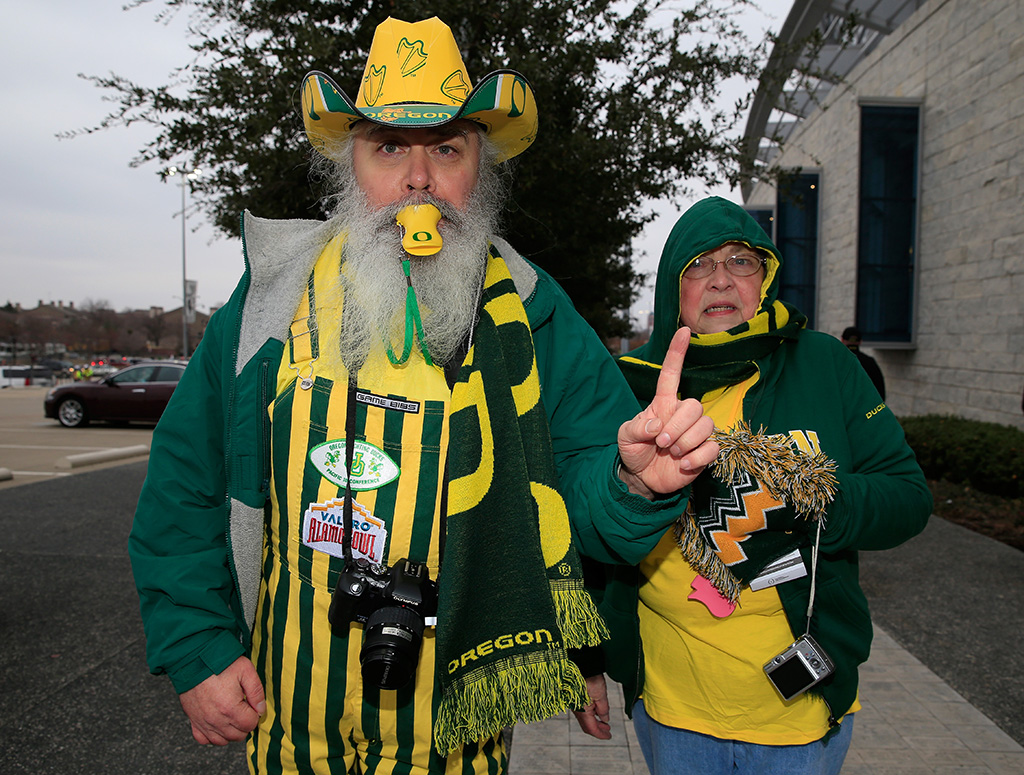 While the Ducks are certainly a team to watch out for, not many people think of Oregon when it comes to tailgating. That could be about to change. Tailgater Magazine crowned Eugene as the best place in the country for college football tailgating in 2015 thanks to the availability of craft brews, a massive array of different cuisines, spirited fans, and a great party at the Ed Moshofsky Sports Center. This facility can house 5,000 people and because it’s indoors, you’ll never have to worry about getting rained out. The festivities here require a ticket, though. If you didn’t manage to snag seats at the stadium, you can still have a great time at Essig Field, where there’s tons of great food, a beer garden, and televised coverage of the game. 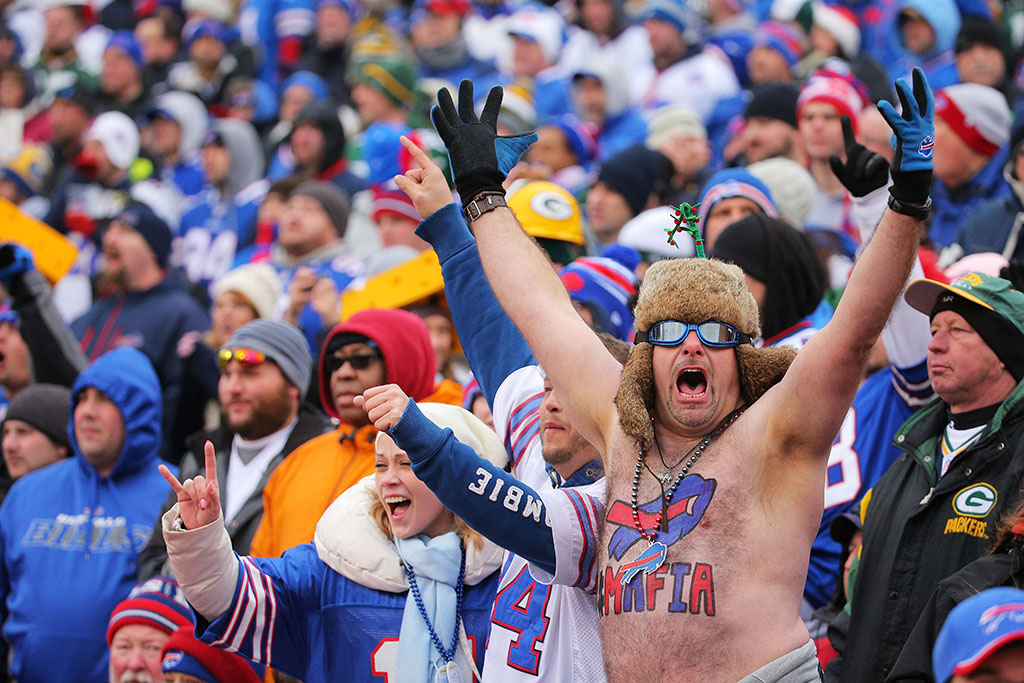 Orchard Park is home to some of the most dedicated football fans you’ll find anywhere in the country. Not only do they show up to games when it’s freezing, some of them actually display festive body paint on a bare chest. Crazy or not, you have to admire such spirit. The all-weather attitude is the same for tailgating, though it certainly helps to have the largest indoor tailgating party in the nation at ADPRO Sports Training Center. If you can stand to be outside, Ken “Pinto Ron” Johnson’s tailgate is legendary. He cooks all the food for his beloved celebration on his 1980 Ford Pinto and offers shots out of a bowling ball. 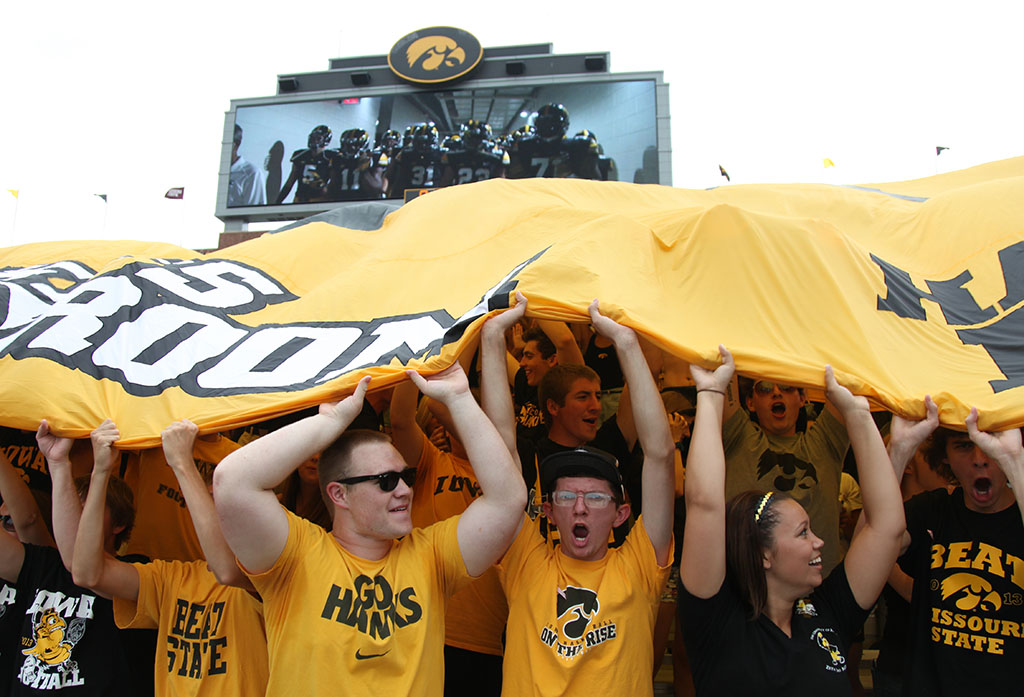 Aside from a very brief foray into professional basketball, Iowa isn’t home to any professional sports teams. This means folks here live and die by college sports, particularly football. Condé Nast Traveler even chose Iowa City as one of the best, and sort of under-the-radar, tailgates in the country. You’ll find plenty of tasty eats, but a first visit definitely deserves a “Big Ass Turkey Leg” from a long-time favorite vendor. Even opponents will feel welcome as “Iowa-nice” is actually a term people use in the Hawkeye state.

As with any tailgate culture, you’ll find plenty of beer before a Chiefs game. When it comes to food, this city is all about bacon and barbecue. According to The Daily Meal, some fans arrive up to five hours before kickoff, so you can celebrate pretty much all day. And did we mention the fans? Folks who root for the Chiefs aren’t afraid to show off their pride. Take a look over at The Kansas City Star.