You may be nervous to get a dog if you’ve never had one before. It’s no small responsibility taking in a new pup, but there are some breeds that are easier for novice owners than others. Read on to find out the best dog breeds for first time dog owners. 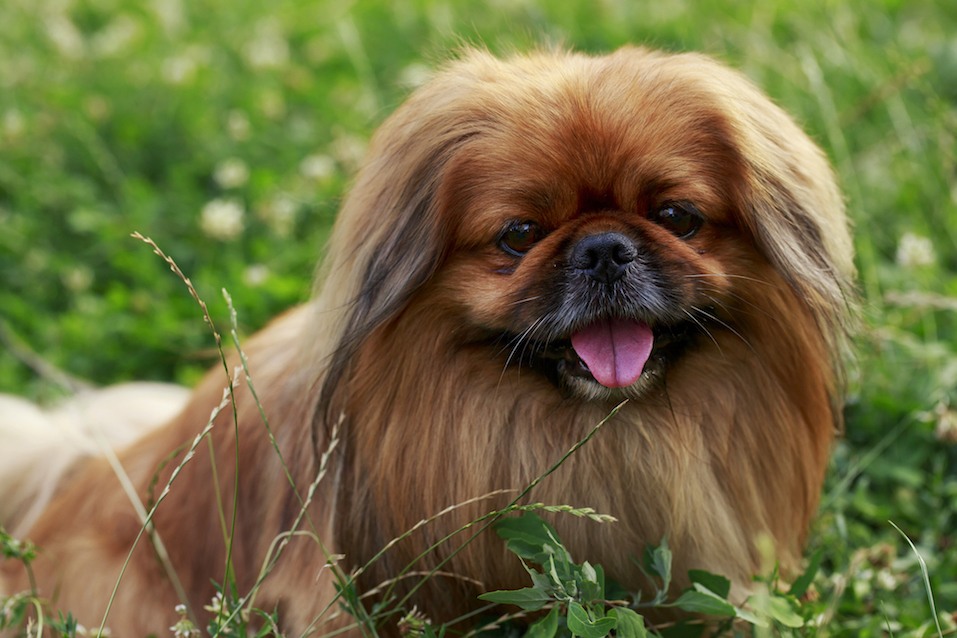 The Pekingese breed is great for first time dog owners because they’re intelligent and easy to train. Originally bred to be companions for the imperial families of China, Pekingeses make loyal, lovable family companions. This breed also does great in apartments, so no need to worry about needing to relocate if you’re considering bringing a pup into your life.

Next: This breed is nicknamed the “tuxedo gentleman.” 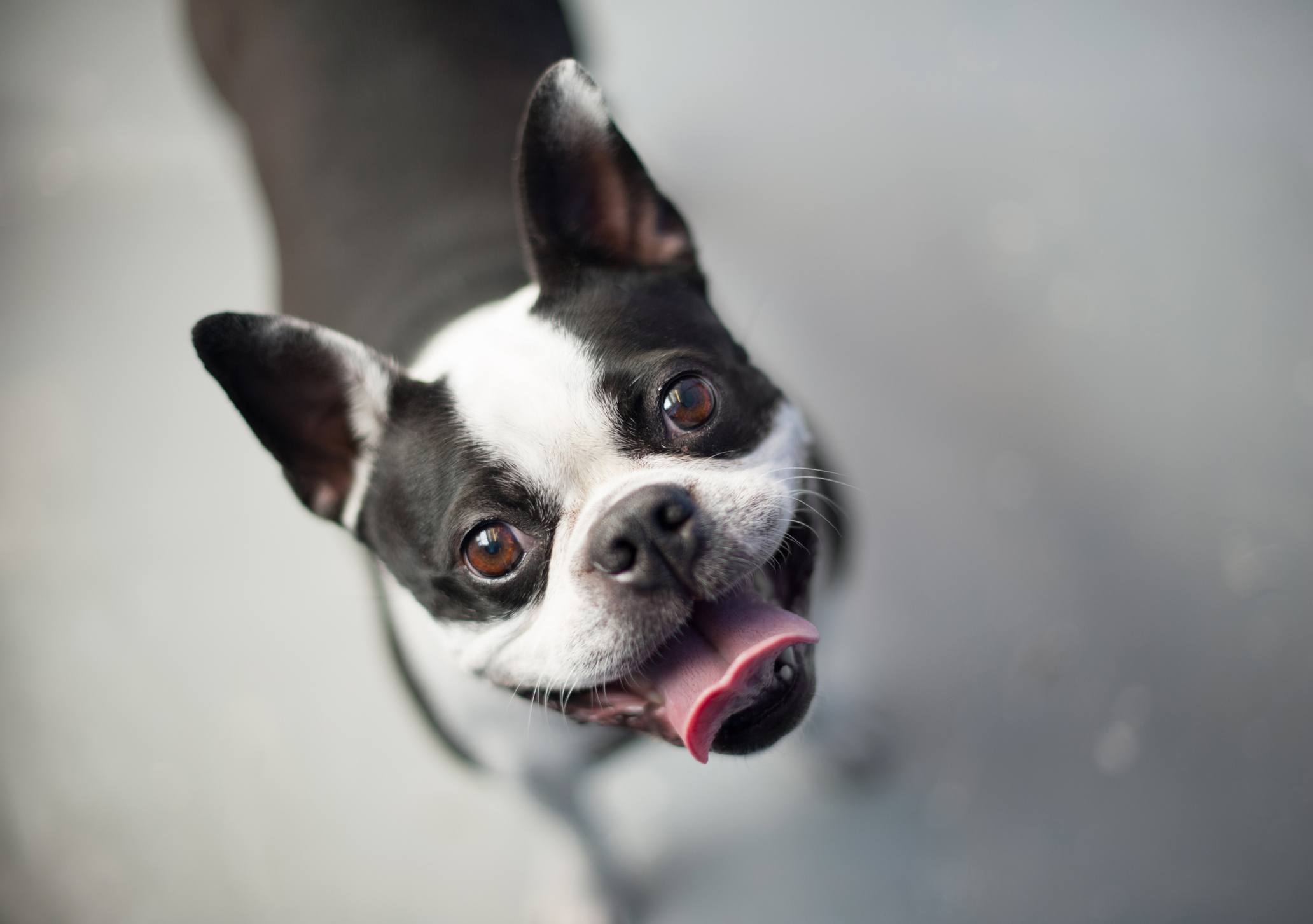 They do well in apartments. | Studio-laska/iStock/Getty Images

Boston Terriers were originally bred to be fighting dogs, but today they’re extremely sweet, lovable pets. With their tuxedo-like markings, they’ve been given the nickname, “tuxedo gentlemen.” These little guys are easy to train, do great in apartments, and are very smart.

Next: A very obedient breed 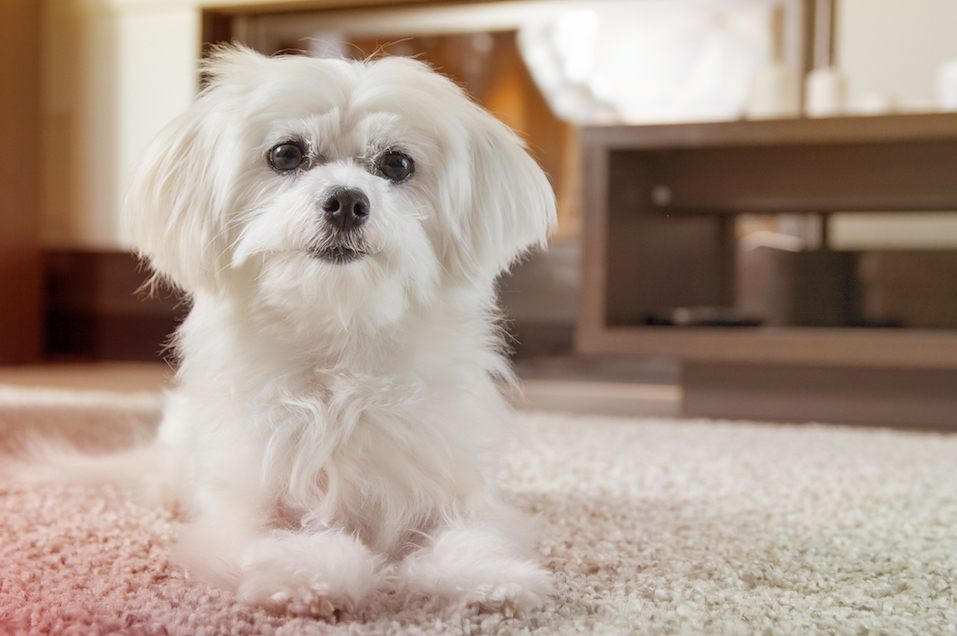 They’re in tune with their owners. | baloon111/iStock/Getty Images

The maltese breed may look a little prissy thanks to their long, beautiful hair, but they’re actually quite sporty dogs. In competition, they excel at things like agility, obedience, rally, and tracking. They’re very sensitive to their owners, so they also make great therapy dogs.

Next: This breed is great for first time owners because they’re so smart. 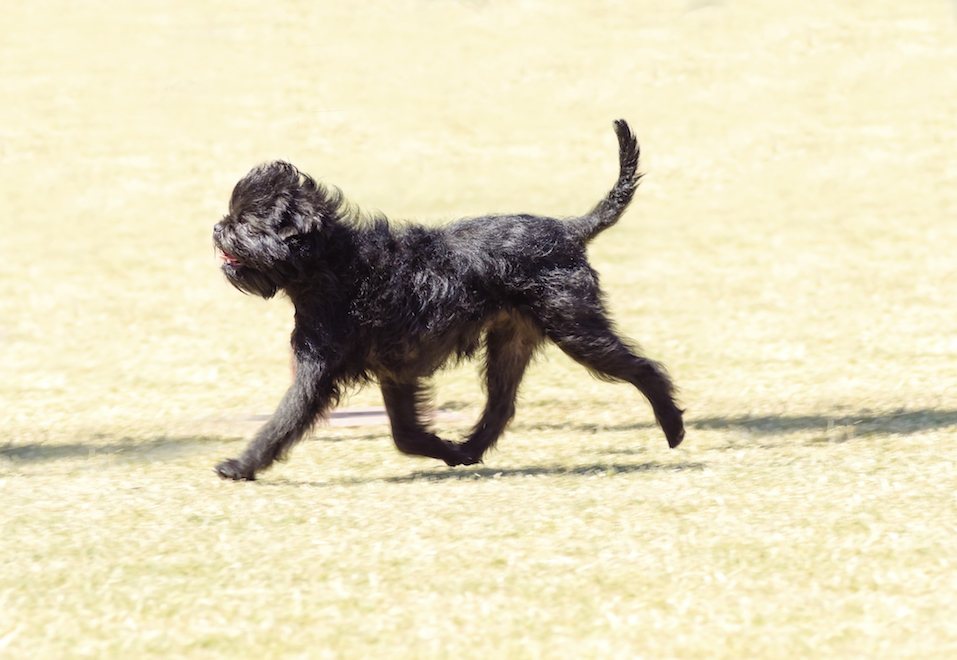 They were bred to be companion dogs. | iStock.com/f8grapher

Affenpinschers make great first time dogs due to their intelligence. They’re also not very mouthy, and aren’t the type to wander away. Though spunky and full of personality, these dogs were bred to be companion dogs. Get ready to live your life with a new best friend when you bring home your first Affenpinscher.

Next: These dogs were originally bred to be herding animals. 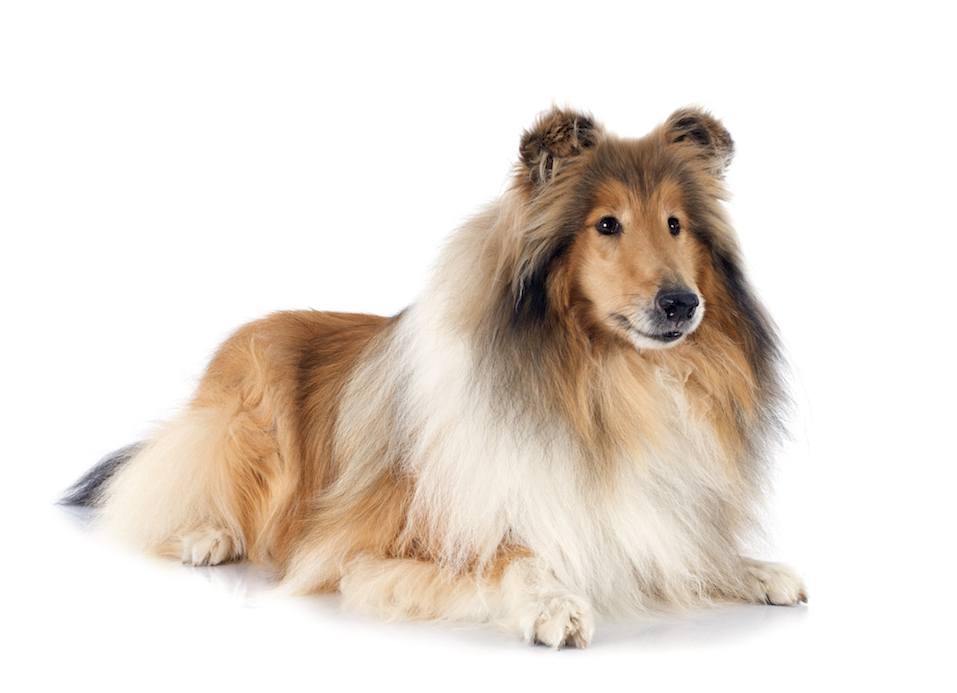 Collies were bred to be herding dogs, but when they’re at home with their families they’re unbelievable loving and affectionate. Known for their loyalty, Collies make great dogs for first time owners due to their intelligence, willingness to learn, and need to please their owners. 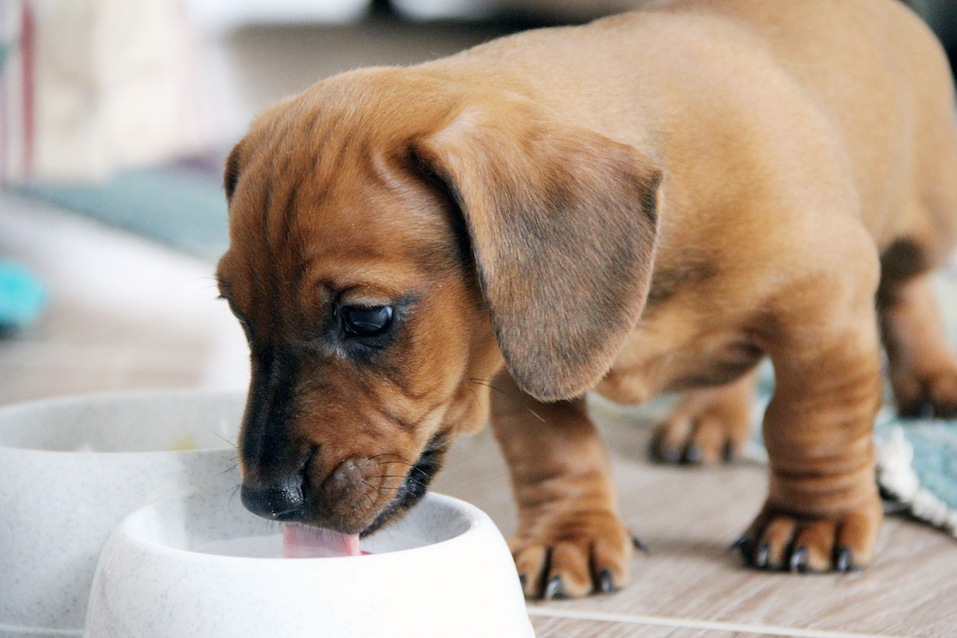 Dachshunds were bred to hunt badgers, rabbits, and foxes. Though they still love to sniff out something to chase, today they’re great family pets and show dogs. They make such great pets for first time dog owners because they’re intelligent and extremely loyal to their owners. When you get a Dachshund, you get a little helper to follow you around everywhere you go.

Next: A small dog with a big personality 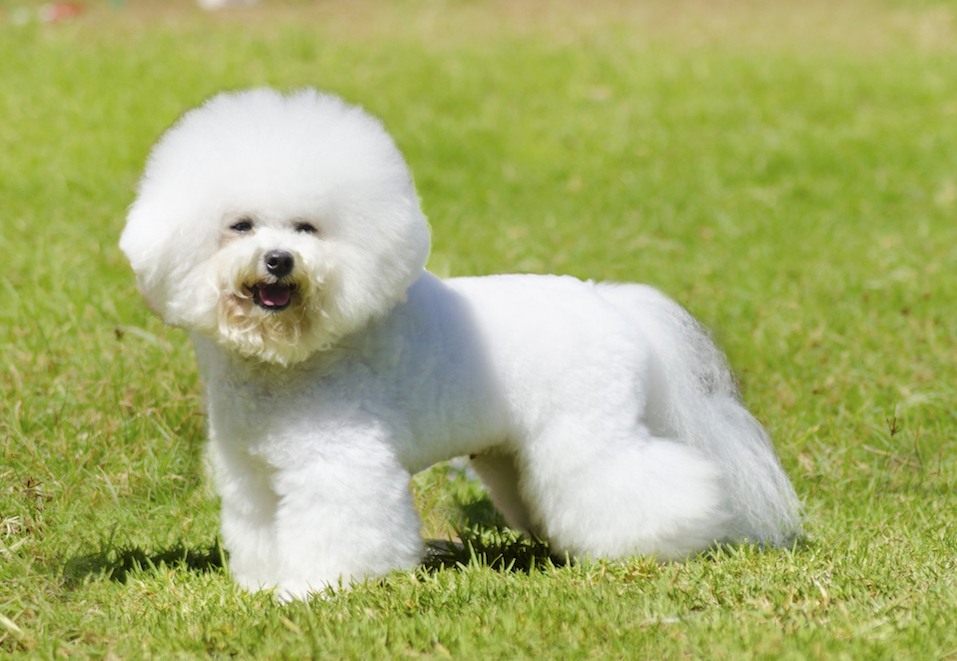 Bichon Frises are sweet, mischievous dogs with big personalities. They’re great for beginner owners because they’re very sensitive to their companion’s wants and needs, and very easy to train. One thing to keep in mind, though, is that these dogs do not tolerate being alone very well. So if you have a busy schedule that can’t include a furry little companion, this is not the breed for you.

Next: A breed with a face only a mother could love 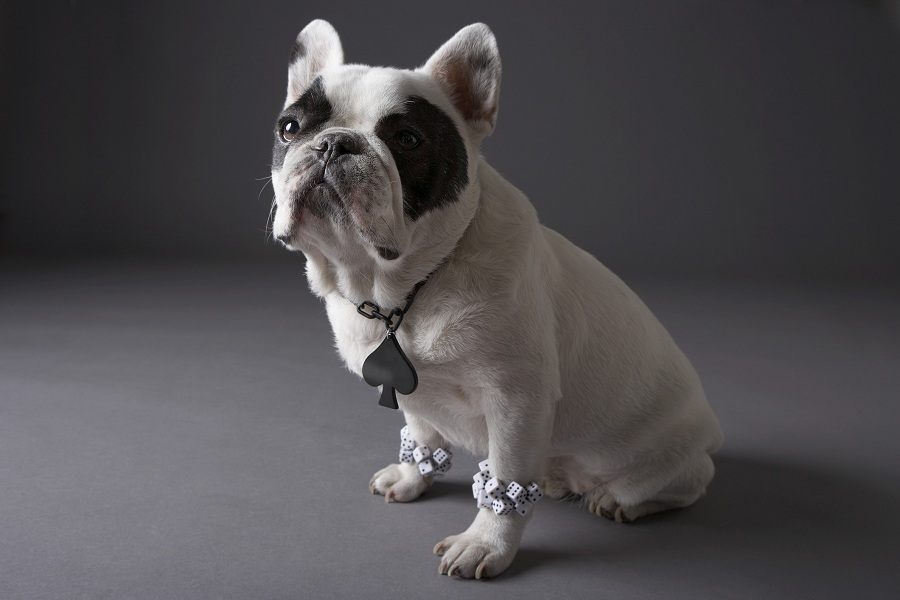 French Bulldogs are considered a rare dog breed, so if you decide to go this rout for your first pup expect to be put on a waitlist. These dogs are great for novice owners due to their adaptability, their easy grooming routine, and how trainable they are.

Next: These dogs like to be in on the action. 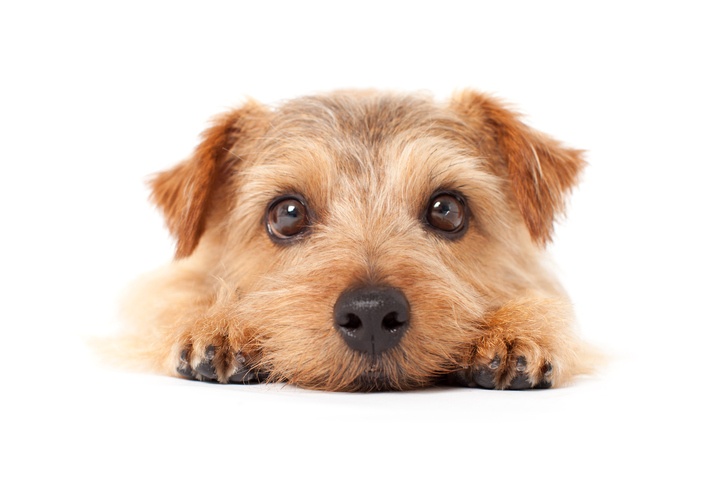 Norfolk Terriers are also small dogs with big personalities. They like to be in on the action and make loyal companions for their families. Norfolk Terriers are pretty easy to take care of as far as dogs go. They don’t shed very much or drool, they’re easy to groom, and easy to train.

Next: This dog loves to lie around the house and relax with his family. 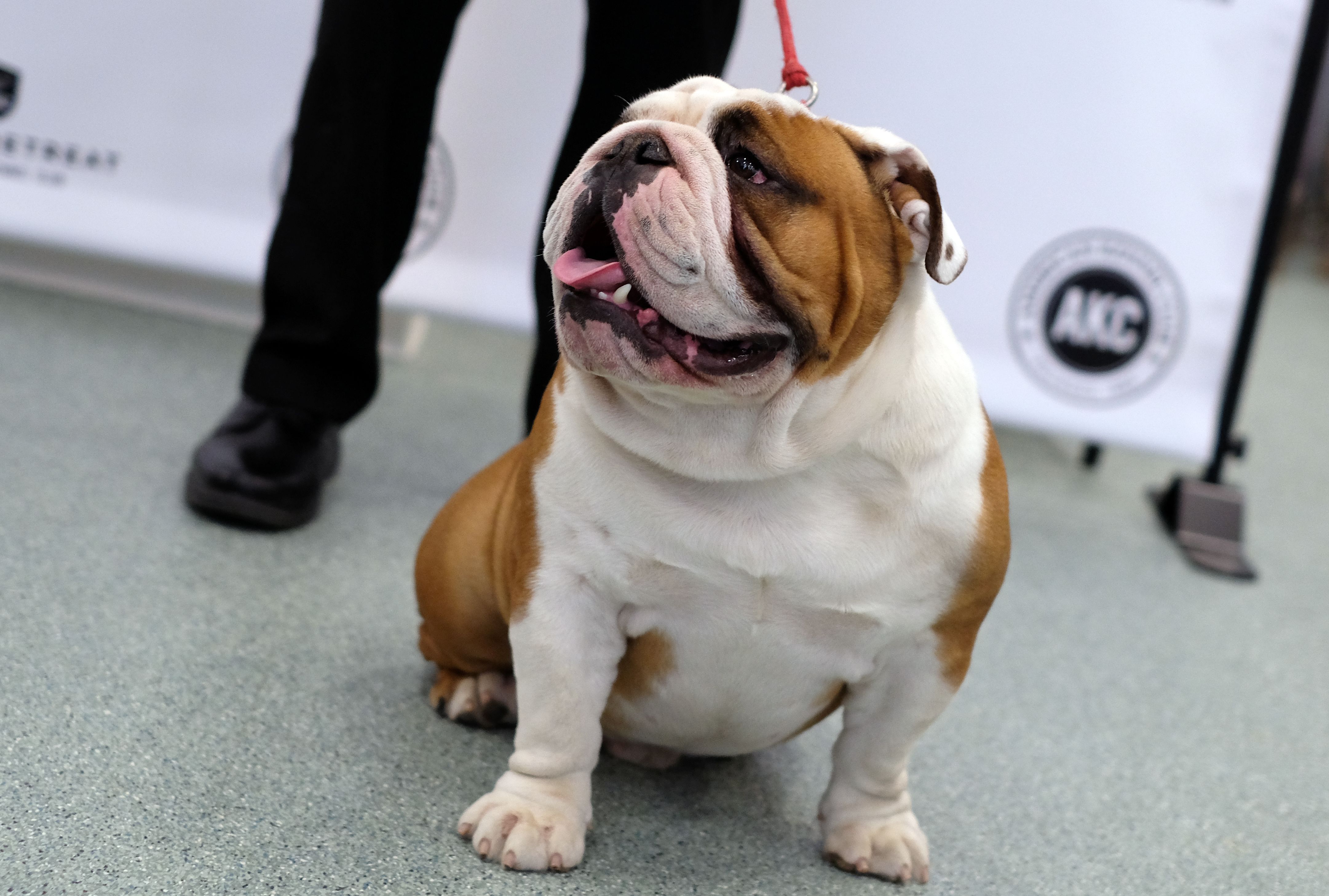 Next: A true companion dog 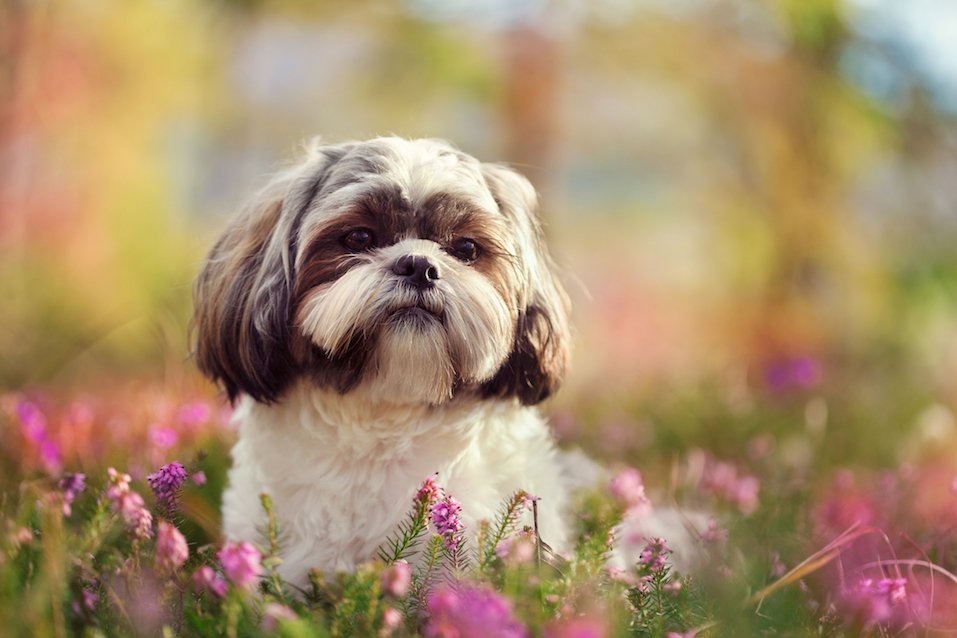 Shih Tzus were bred to be companions and that’s exactly what they are. They’re a loving, loyal, obedient breed. They’re good for first time dog owners because they’re smart, easy to train, and very affectionate with their owners. They also do well in apartments.

Next: This breed also adapts well to apartment living. 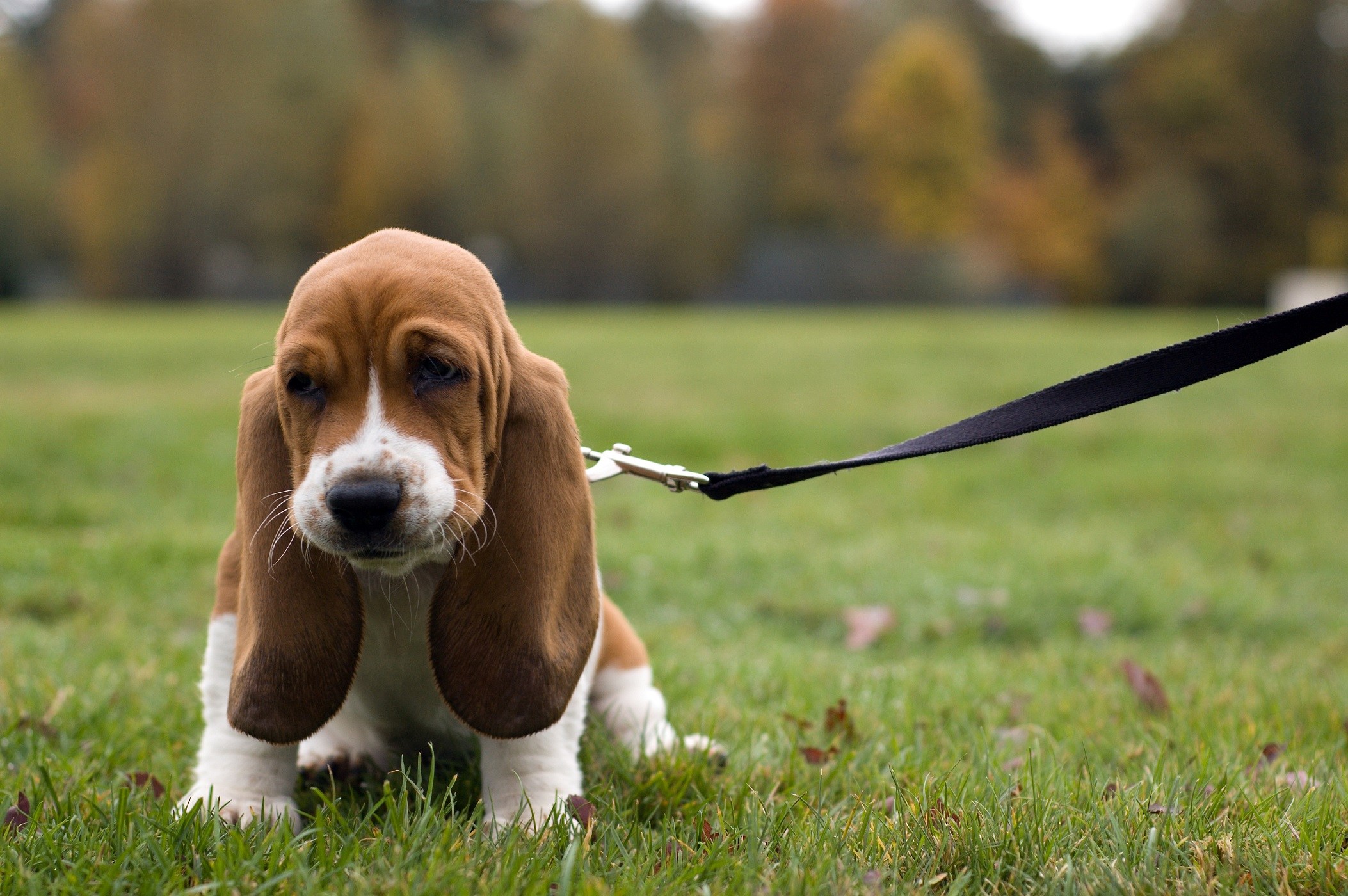 They love to relax. | Chillin/iStock/Getty Images

Basset Hounds were bred to be hunters, and they still enjoy this task in many states, but when they’re at home they love nothing more than to relax with their families. Though hunters at heart, these dogs adapt surprisingly well to apartment living. They’re also incredibly affectionate, intelligent, and have pretty low-key attitudes.

Next: One of the best watchdogs you can own 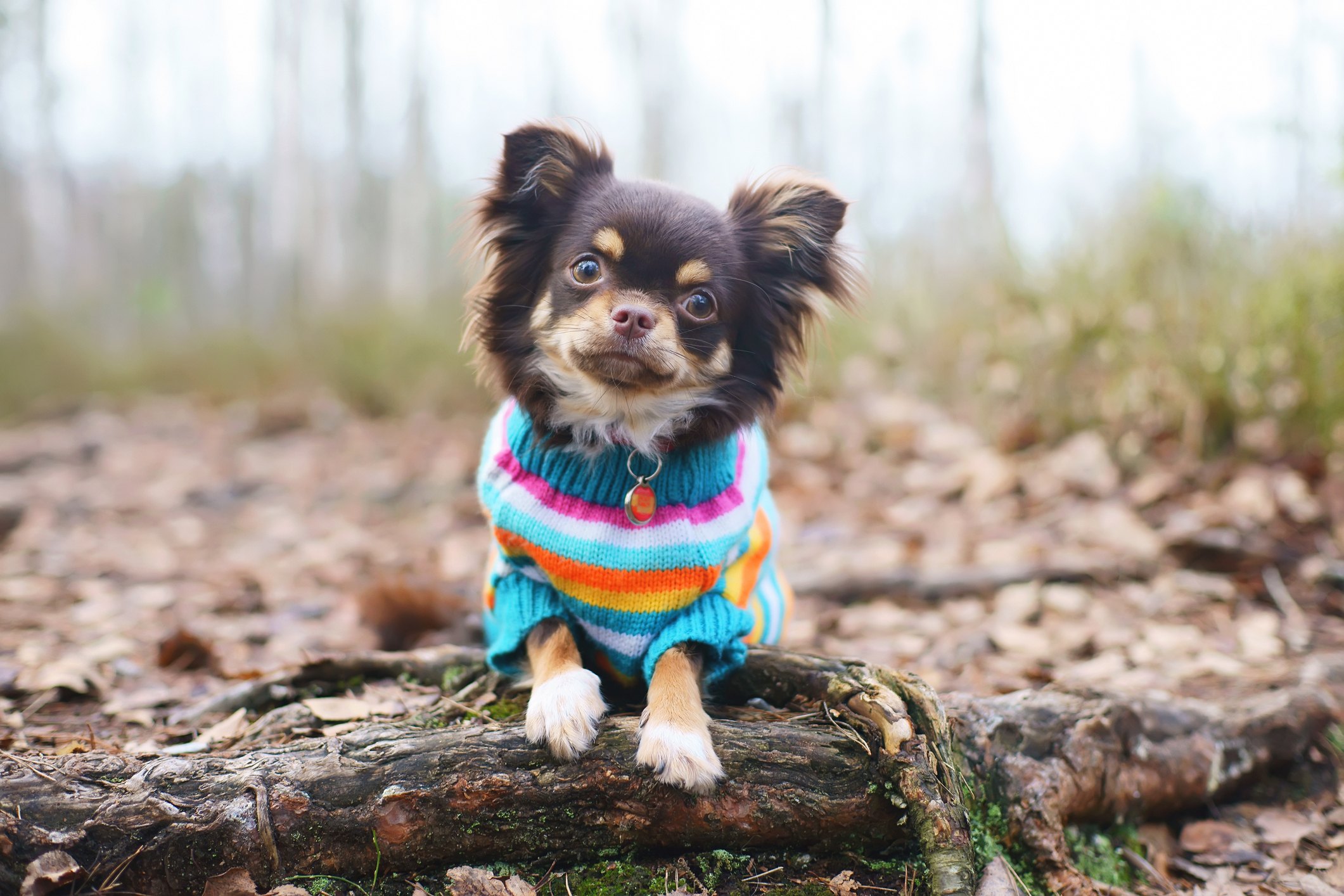 They love their owners. | Eudyptula/iStock/Getty Images

Chihuahuas are known for their incredibly petite statures and big personalities. Fun fact: they’re rated as one of the top watchdogs by experts. They make great pets for first time dog owners because they’re easy to groom, extremely loving toward their owners, and easy to train.

Next: A feisty, loving breed 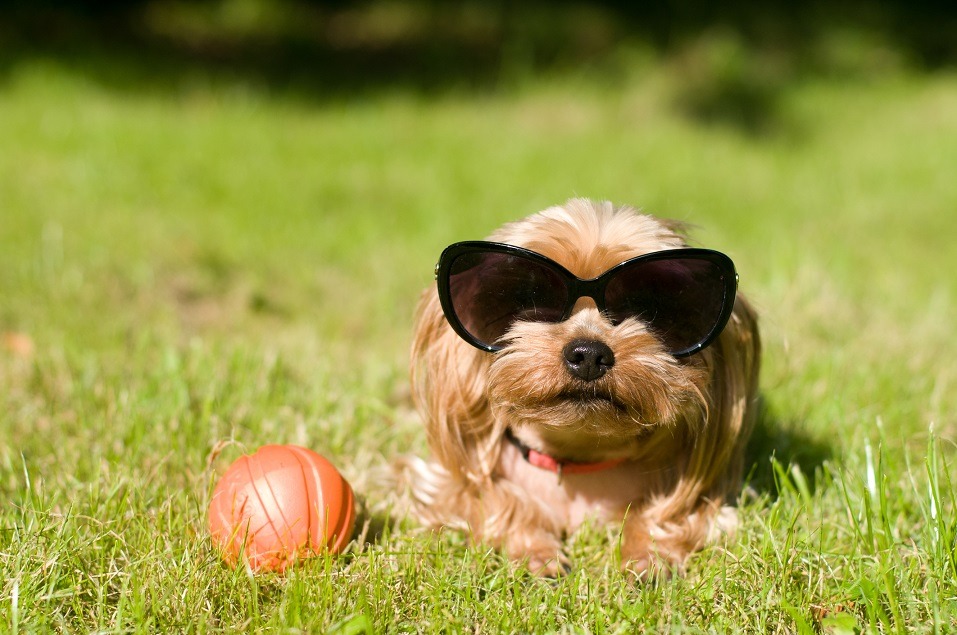 They’re a popular breed for a reason. | iStock.com/grase

Yorkshire Terriers are another dog that’s a good fit for first time owners. They’re known for being feisty, loving companions. According to DogTime, they’re the most popular toy dog breed in the United States. They make such good first time dogs because they’re so friendly, adaptable, and relatively clean.

Next: An incredibly intelligent breed 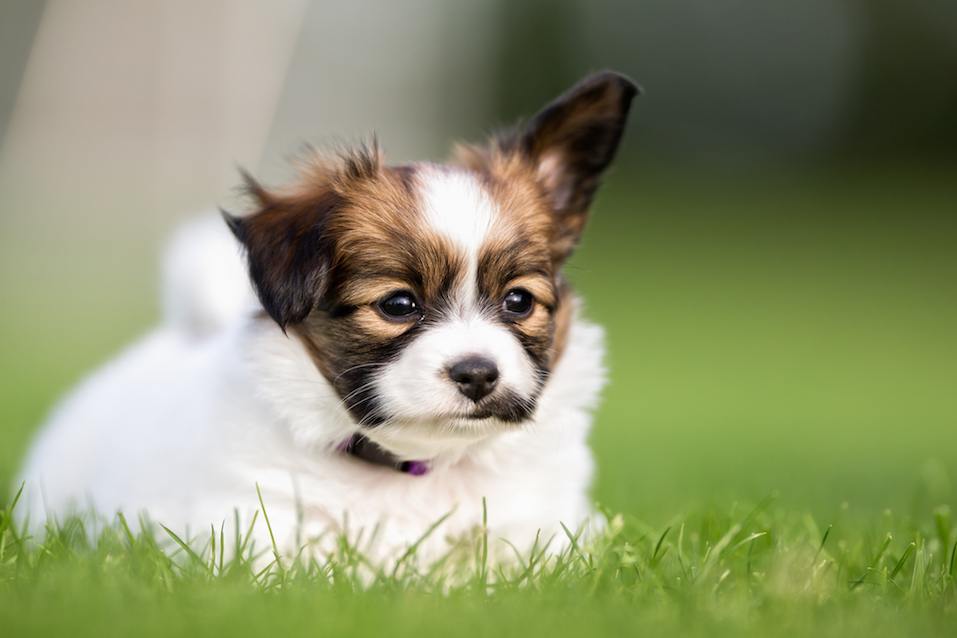 Papillons are a tiny breed, weighing only up to 9 pounds, that’s known for their extreme intelligence. They adapt well to apartment living, are very sensitive to their owners, and are generally pretty easy to groom. Where they really shine is in their training. You can train a papillon to do amazing things.