The 5 Best Hotels That Cater to Sports Lovers

You already live and breathe sports, so why not add sleep to that list? You can at a handful of hotels around the world that cater specifically to the needs and tastes of sports fans. From rooms that overlook major league baseball stadiums to a posh suite with a private basketball court, here are five of the best hotels for sports lovers.

If you’re looking for a hotel with a clubby, classic vibe — think billiards, scotch, and lots of leather and dark wood — a stay at this boutique hotel on Chicago’s Michigan Avenue will fit the bill. Housed in the former home of an exclusive men’s club (William Wrigley Jr. was a member and borrowed the logo for the Cubs), the Chicago Athletic Association Hotel incorporates the sports theme without hitting you over the head with it. There’s a game room where you can play bocce ball, shuffleboard, and billiards, as well as athletic touches in the decor (pommel horse benches and boxing robes in the rooms; keys that display image of icons like Olympic swimmer Johnny Weissmuller). 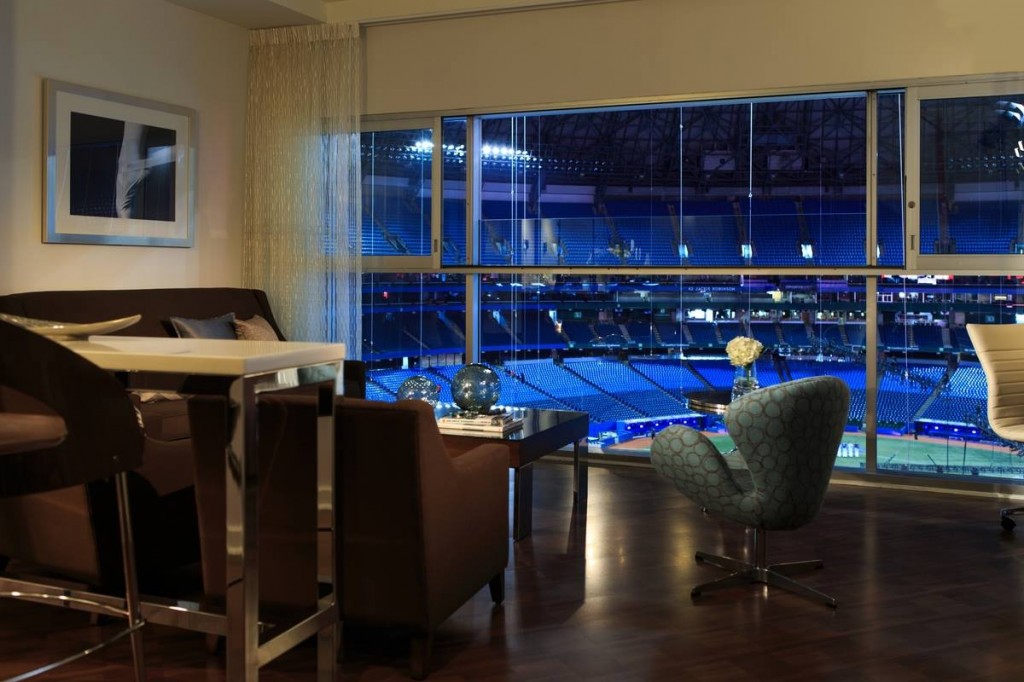 Baseball fans will want to check in to this Canadian hotel adjacent to the Rogers Centre. Seventy of the property’s guest suites and room overlook the field where the Blue Jays play, so you can enjoy a game from the comfort of your hotel — no separate ticket required. You can also book a private skybox suite for you and up to 30 of your friends or enjoy a meal at Arriba Lounge, which also overlooks the stadium. 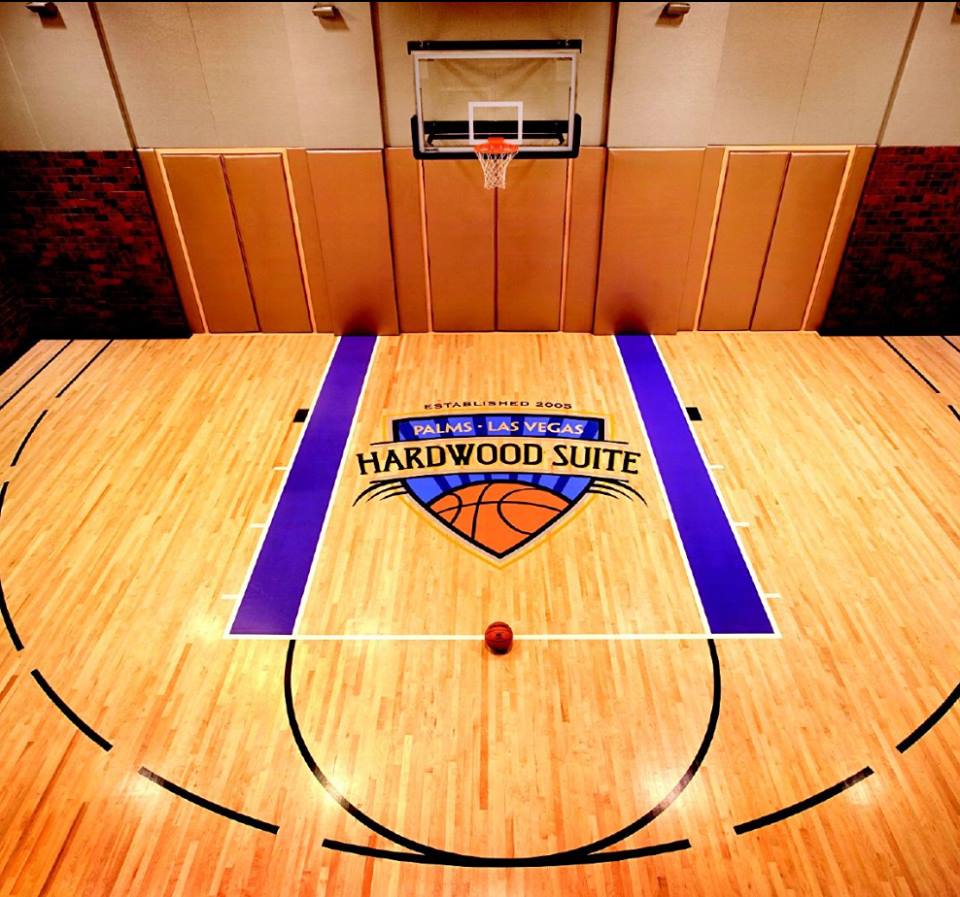 This luxury suite at the Palms Casino Resort is for “ballers only,” according to the hotel website. And with 10,000 square feet of space over two floors, including a 30-by-30-foot indoor basketball court, we can see why. There’s also a private bar and lounge area, pool table, professional locker room, and three extra fold-down “NBA-sized” beds (in addition to 2 separate bedrooms), so that all your friends have a place to crash. A hotel room this amazing comes at a price though — rates start at $25,000 per night. If you don’t have that kind of cash, the Palms also has the Kingpin Suite, which features two regulation-size bowling lanes. It’s available for a comparatively affordable $7,500 a night. 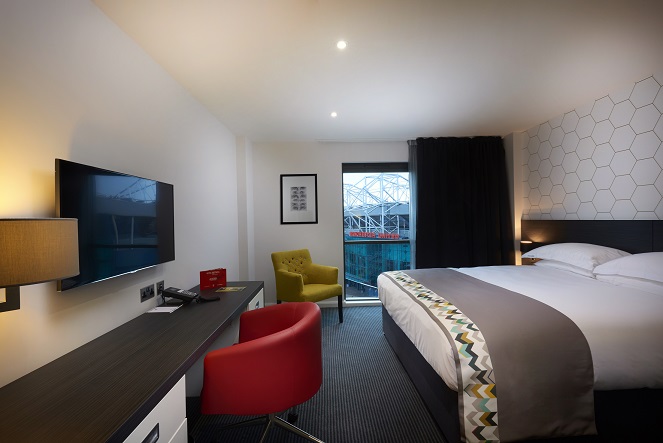 Soccer enthusiasts can head across the pond for a stay in Manchester’s Hotel Football. The hotel, which opened in 2015, is owned by five former Manchester United players and sits in the shadow of Old Trafford stadium. The décor features sports touches (a mural of great sports moments and memorabilia scattered about) but it’s not over-the-top or cheesy, according a review in The Telegraph. The rooftop bar is home to a football pitch and the complimentary toiletries feature the jersey numbers of the hotel’s owners.

Disney’s kid-friendly, sports-themed resort celebrates all aspects of competitive play, from the pool lined with extra-large surfboards to the food court dishing up game-day favorites like pizza and nachos. Runners can sprint around the one-mile jogging trail and the Game Point arcade lets you test your skill at pinball and more. With rooms starting at $93 a night, it’s perfect for families looking for fun on a budget.