The Biggest British Royal Family Scandals of All Time

The world was shocked when Prince Charles and Princess Diana announced they were getting a divorce. While the world knew their marriage was tumultuous, the British royal family wasn’t known for divorcing spouses. The pair spent four years separated before finalizing their divorce in August 1996, according to the History Channel.

Hint: A royal love affair was caught on tape.

Someone listened in on her private phone call. | Vincent Amalvy/AFP/Getty Images

In 1989, a British intelligence listening station sat in on one of Princess Diana’s phone conversations. On this particular phone call, she was speaking with James Gilby, a man she’d been seeing during her marriage to Prince Charles. According to the Telegraph, Gilby said “I love you” to Diana 53 times during their 30-minute conversation. In 1992, the tapes were released by the media. Gilby’s nickname for Diana, ‘Squidgy,’ gave the scandal its name.

Hint: This scandalous relationship was caught on tape the same year.

Prince Charles had an affair with the woman who is now his wife, Camilla Parker Bowles (right). | Express Newspapers/Getty Images

That same year, 1992, Prince Charles fell prey to phone recordings. A sexually explicit phone conversation between Camilla Parker Bowles and Prince Charles was recorded when their phone lines were tapped. The conversation was explicit to say the least. Charles said he wanted to be Camilla’s tampon, according to PopSugar. Their conversation was published in 1992, the Daily Mail says. The scandal became known as ‘Camillagate’ or ‘tampongate.’

Hint: This Princess wasn’t allowed to marry the man she loved.

Princess Margaret fell in love with a divorced man

The younger sister of Queen Elizabeth II, Princess Margaret, fell in love with Peter Townsend, a divorcee. According to PopSugar, Margaret was given an ultimatum: marry Peter or remain in the royal family. She chose the latter and married another man years later. 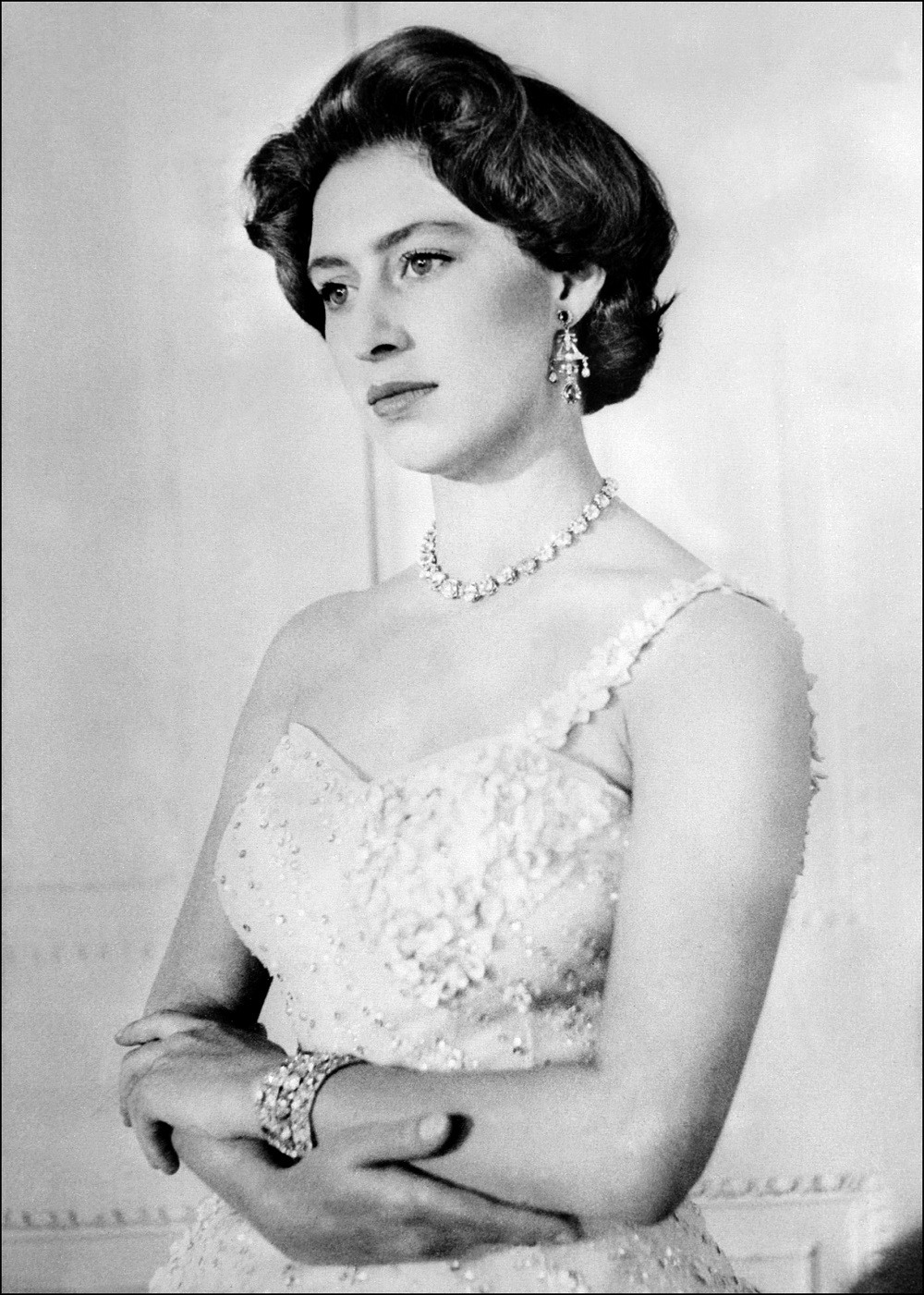 The Queen’s sister had an unhappy love life. | STF/AFP/Getty Images

Princess Margaret married Anthony Armstrong-Jones in 1960. Their unstable marriage laden with abuse and infidelity ended in divorce after Margaret was photographed with a lover, says PopSugar. The couple divorced in 1978 and Princess Margaret never married again.

Hint: This controversial outfit got Prince Harry in trouble.

The prince later apologized for his costume. | Chris Jackson/Getty Images

In 2005, at 20 years old, Prince Harry dressed up for Halloween as a Nazi. He wore the green uniform complete with the swastika armband. According to Newsweek, he wore the costume to a “colonial and native” party. Harry later released a statement apologizing for his poor choice of dress. In the statement, Harry said he was “very sorry if I caused any offense or embarrassment to anyone.”

Hint: One decision made by her Uncle changed Queen Elizabeth’s life forever.

He gave up the throne for love. | Central Press/Getty Images

King Edward VIII caused possibly the biggest scandal of all time in the history of the British Royal family. Edward abdicated the throne to marry Wallis Simpson. Simpson, a twice-divorced American, was considered an unsuitable match for Edward. He chose love over the crown making Elizabeth’s father, Prince Albert, the new King of England. According to the BBC, the reason the royal family didn’t want Edward to marry Simpson is because she was supposedly a Nazi sympathizer.

Photos of Prince Harry playing pool naked in Las Vegas emerged in August 2012. In the picture, Prince Harry is standing in front of another naked man in their hotel. A party-goer who witnessed Harry being naked told People magazine about the experience. “It was like almost a game. He was trying to get everybody to get naked. That was the whole point of him being naked,” Carrie Reichert said.

Hint: Diana gave juicy details about her marriage to the public without telling the Queen.

Lady Di opened up to the press about her unhappy marriage. | STR/AFP/Getty Images

On Nov. 20, 1995, Princess Diana gave sat down for an exclusive interview with the BBC. Unbeknownst to the Queen and the rest of her family, Princess Diana shared private details about her marriage and life since becoming a princess. According to The Sun, 22.8 million people tuned in to watch Diana’s interview. One of the most memorable lines of her interview came when interviewer, Martin Bashir, asked Diana about her marriage and her husband’s relationship with Camilla Parker Bowles. Diana told the BBC’s Bashir, “Well, there were three of us in this marriage, so it was a bit crowded.”

Hint: Prince Harry may have a different dad.

According to The Sun, Hewitt had an affair with Princess Diana lasting five years. The Daily Mail reported Hewitt was caught attempting to sell 64 love letters for millions of dollars. There’s also been speculation that Hewitt is Prince Harry’s biological father. Hewitt denies the claims as well as Diana’s staff. Her former butler, Paul Burrell, told The Mirror, “It’s something that’s been made up. It was just because Harry had red hair, but all the Spencers have red hair.”

Hint: A royal lives in New Zealand and doesn’t see her father. 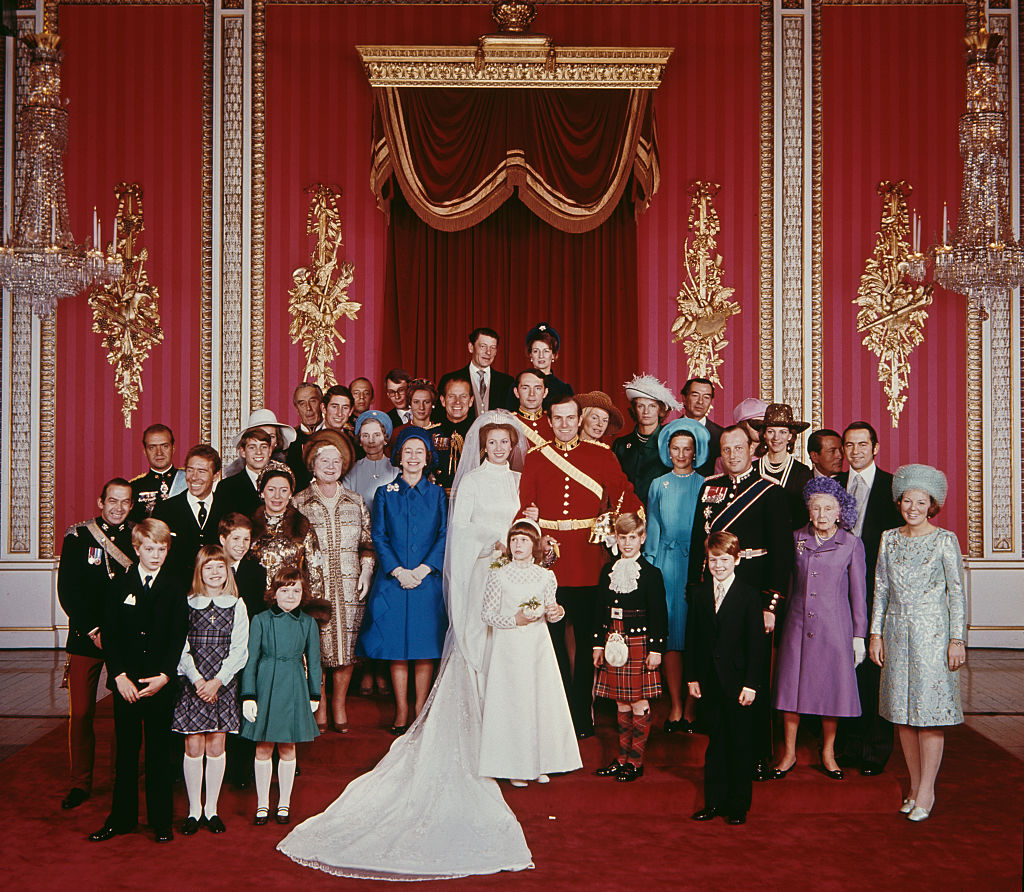 Princess Anne, Queen Elizabeth’s only daughter, married Lieutenant Mark Phillips in 1973. According to PopSugar, Phillips had a child with a New Zealand woman in 1985. The woman, who was an art teacher, had a one-night stand with Phillips in 1984. Princess Anne and Mark separated shortly after and divorced in 1992. Anne’s divorce from Mark marked the first royal divorce in 400 years, according to E! News. Phillips’ illegitimate daughter, Felicity Wade, now has a child of her own and resides in New Zealand, the Daily Mail says.

Hint: This princess married one of her mom’s employees.

Princess Anne married a member of the royal staff

Princess Anne began an affair with Timothy Laurence while she was still married to Mark Phillips, E! News says. At the time, Laurence was employed by the Queen. Princess Anne married Timothy in a quiet ceremony in 1992, according to the Telegraph.

Hint: Foot fetish takes on a new meaning with this Duchess.

Sarah Ferguson was public about her divorce. | Jonathan Leibson/Stringer

Photos of Duchess Sarah Ferguson sunbathing topless with financier, John Bryan. In the the photos, Bryan is kissing her feet, according to the Telegraph. Sarah was at Balmoral castle with the royal family when the news broke and left for London immediately. The Duchess and her husband, Prince Andrew, had already been separated, according to PopSugar, but she still brought scandal to the royal family.

Hint: This Duchess bribed her ex-husband.

After the Duchess Ferguson sunbathed topless, she experienced another scandal. In 2010, she was caught on tape by News of the World offering to “open doors” to Prince Andrew for more than $700,000, according to ABC News. Supposedly, Ferguson was in major debt. She apologized for her “lapse in judgement” and explained her financial situation.

While on vacation with William, Kate sunbathed topless. The couple thought they were alone enjoying a vacation in Provence. However, French photographers used long distance lenses to get pictures of the pair. Once a French tabloid published the photos, French officials pursued charges on the photographer and magazine publisher, according to PopSugar. Also following the release of the photos, the palace released a statement saying, “It is unthinkable that anyone should take such photographs, let alone publish them.”