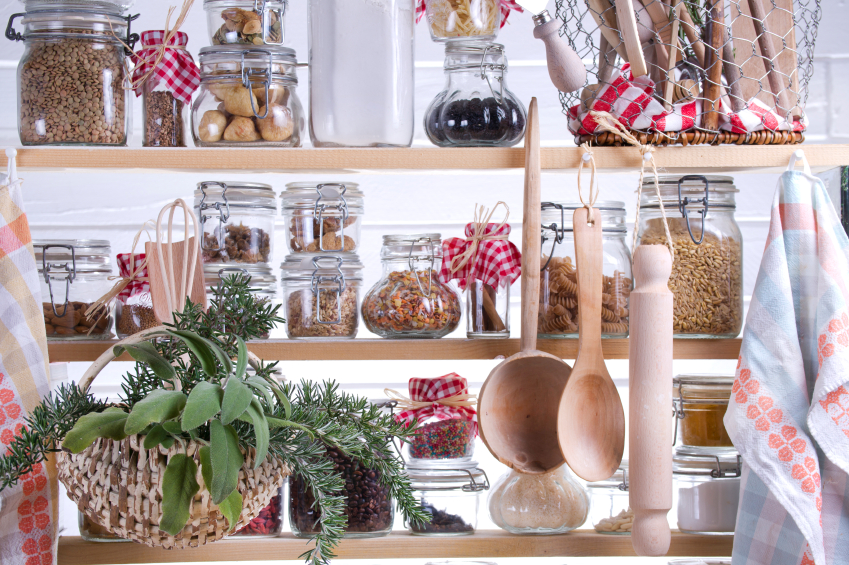 Chef J. Kenji López-Alt didn’t grow up dreaming of the best way to sear a steak or how to improve McDonald’s Egg McMuffin. He was never meant to be a cook, he admits in the introduction to his recently released debut cookbook, The Food Lab: Better Home Cooking Through Science. He was more self-proclaimed nerdy scientist than master chef, until he decided he’d rather take a part-time job as a line cook than work in another biology lab at the Massachusetts Institute of Technology, where he was attending college at the time.

“Like a head-injury patient who suddenly develops a brand-new personality, something snapped the moment my hand touched a knife in a professional kitchen,” López-Alt wrote in the introduction. “I was no longer in control of my own destiny.”

Though the restaurant-trained chef traded the lab for the kitchen, his love for science didn’t leave once he picked up a spatula. In fact, it drives most his work as the culinary digital manager for the website Serious Eats and is the foundation of the cookbook that builds on his column on the website, similarly called The Food Lab. 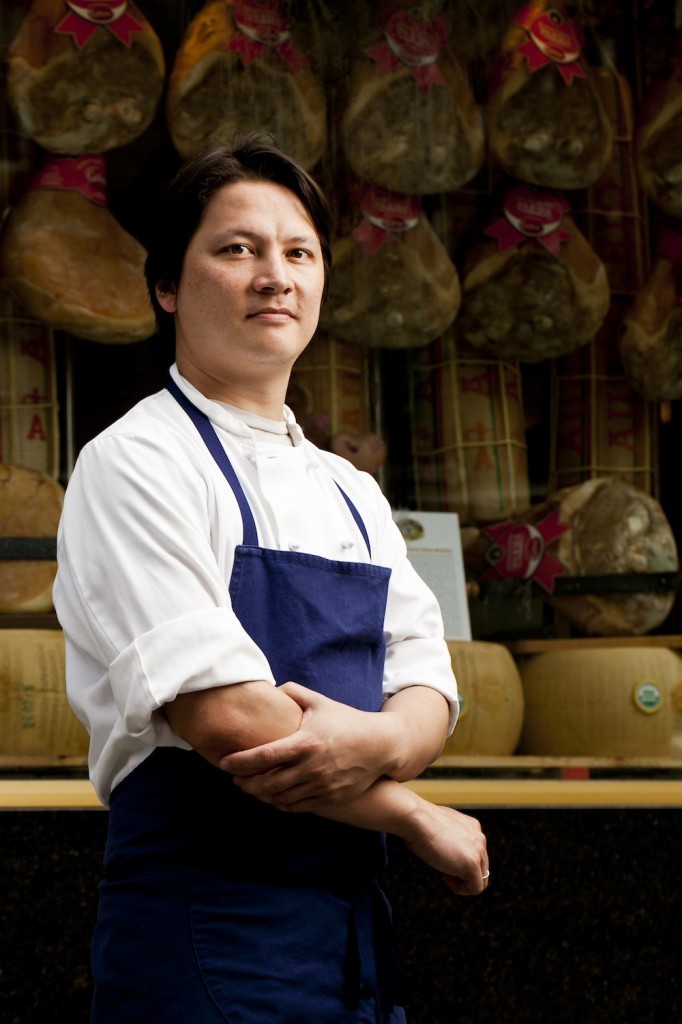 “Science is important, not just in cooking, but it’s important any time you want to get an understanding based in facts and reality,” López-Alt said in an interview with The Cheat Sheet. In cooking specifically, science can help you understand why things react in the ways they do, which ultimately helps you predict how certain cooking methods will affect the dish that comes out at the end. “It gives you more control over the final product,” he explained.

While following a recipe is like using turn-by-turn directions, López-Alt compares applying science in the kitchen to having access to the entire map, in which you can zoom out on the larger picture and realize why certain techniques and directions make the most sense. Along the way, you might also realize a better method for getting to your final destination – or completed dish.

The Cheat Sheet took a look behind the scenes with the chef to talk about some of his work, and also to talk about the food he cooks for himself and his wife when he’s not experimenting with the best way to make French fries. Find out about more about his book, what’s in his pantry, and some no-fail recipes he recommends. 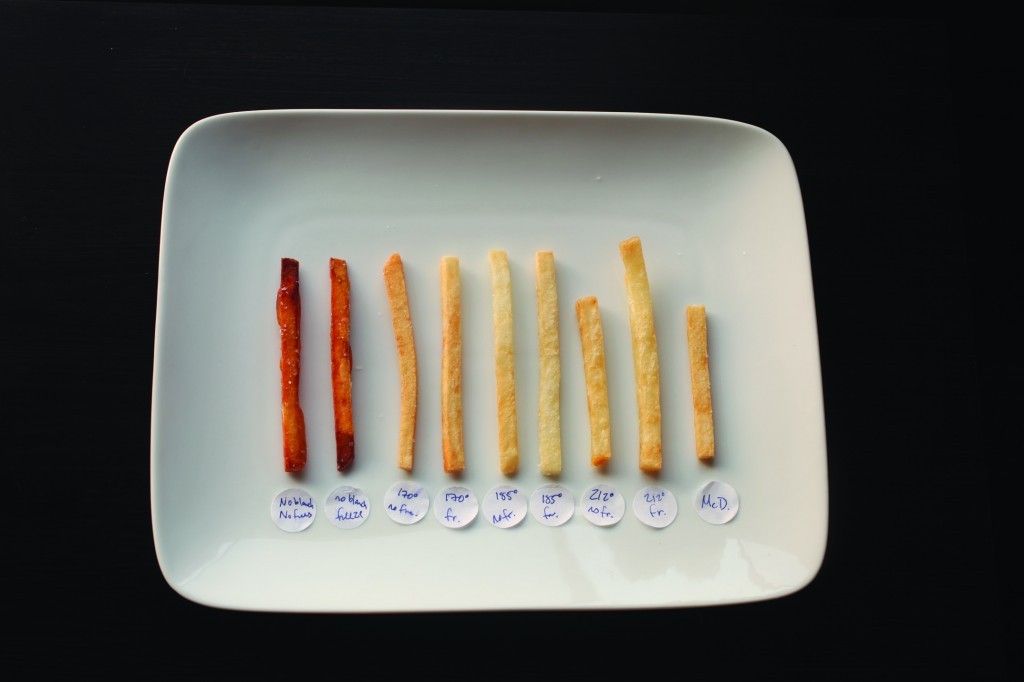 When The Food Lab column became a quick hit on Serious Eats, the site’s founder Ed Levine encouraged López-Alt to create a cookbook to complement it. It started as a separate side project, but several years and 958 pages later, the compilation is about 50/50 in terms of content exclusively in the book and what can be found in his online column.

The French fry experiment, for example, appeared originally online but is also the culminating project in the book. Determining the best methods for delivering piping hot fries with a crisp crust and fluffy interior had multiple moving parts and factors. It also required investigating how chains like McDonald’s prepare their fries, which added an interesting story element, López-Alt said. In the end, the chef delivers the best method for making fries that maintain a crispiness long after they leave the stovetop. (Hint: It involves a bit of vinegar, Russet potatoes, double frying, and a wok.)

When he’s cooking for himself and his wife at home, there’s a casual approach to his cooking, López-Alt said. When he’s not testing recipes for a Serious Eats post, most of those meals center around vegetables and seafood, he said, though the preparation varies. “I try not to restrict myself to one particular cuisine,” he explained, but tends to rely on Chinese, Thai, and Mexican styles of cooking the most.

As far as his perfect pantry goes, it’s all about the condiments and seasonings that elevate any ingredients he’s using. First on his list is good olive oil – “I kind of collect olive oil wherever I go,” he explained. Soy sauce, fish sauce, miso, various vinegars, sesame oils, and hot sauces of various flavors and heat levels also make the list.

There’s always citrus on hand like lemons and limes, along with a variety of greens that often includes kale, one of López-Alt’s personal favorites. The couple eats eggs fairly frequently, though served in a multitude of preparations. The freezer normally has some dumplings he’s made ahead of time, perfect for a quick meal. The central elements of each meal vary greatly, however, with very little repetition. “‘Frequent’ for me might be a few times a year,” he said. “It’s generally based on whatever I’m inspired by at the moment.”

Pizza is one of the chef’s favorite foods, and López-Alt said he particularly loves cooking it outside, grilling with friends and family. If he was forced to pick one cooking method for the rest of his life, “live fire is probably pretty high up on that list,” he said. For one, being outside is a perk. But the technique and skill involved with barbecuing and grilling is an added complexity the cook enjoys. “With live fire you’re closest to your food and in control of every single element,” he explained.

Thankfully, you don’t have to have years of restaurant experience to follow the recipes López-Alt shares online and in his book. One favorite for novice cooks is a technique for pan-roasted chicken breasts, with a variety of pan sauces that will rival any restaurant’s. (This version with a white wine and fines herbes sauce will teach you a thing or two about French cuisine without needing to become the next Julia Child.)

A perfect pairing with the chicken is a simple salad, in which the greens are the star of the dish. Whisking a homemade vinaigrette thoroughly and drying the lettuce will allow the dressing to cling to the leaves, and you’ll need very few other toppings while also impressing your family members or guests with the flavor. Both the chicken and the vinaigrette are also highly adaptable, which means once you learn the basics of the cooking process and the correct ratio for the dressing, you can change up the flavors according to your personal preferences – becoming a kitchen scientist yourself. “Once you understand how it works, you can use any flavor profile you want and it will work out,” López-Alt said.

This vinaigrette is made with a few simple ingredients, but the key to its success is the emulsion process, which allows the oil and vinegar to mix together. The ratio of the ingredients is also incredibly important, López-Alt notes, so you’ll want to measure out the amounts for the first few times until you know the mixture by heart. And yes, as the picture above suggests, tossing the greens by hand with the dressing is really the best method, so you’ll know if the leaves have enough (or too much) dressing.

Directions: Combine shallot, garlic, mustard, vinegar, and water in a large bowl and whisk to combine. Whisking constantly, slowly drizzle in olive oil. Alternatively, place all ingredients in a tightly sealing jar, seal, and shake vigorously until emulsified (it will begin to take on a smoother, thicker consistency). Season to taste with salt and pepper. Vinaigrette will keep in the refrigerator for up to 2 weeks.