Everyone knows about Scientology and The Manson Family, but did you know about the movement that involved a group of people bombing a variety of public buildings, all in the nude, during the 1920s? Read on to discover some of the craziest, most bizarre cults you’ve never heard of.

Embed from Getty Images
Peoples Temple originally believed in socialism, equality, and many Christian teachings. But in the early 1970s, cult leader Jim Jones moved his followers to Guyana. He told his members that a nuclear war was imminent and that the South American country was the safest location.

After hearing about several abuse accusations concerning the cult, San Francisco Congressman Leo Ryan traveled to Guyana to investigate. The temple’s security guards shot at Ryan’s group, and Jones ordered his followers to drink a beverage laced with cyanide. Nine hundred eighteen people died, and, according to Cosmopolitan, this was the largest loss of American civilian life until 9/11.

Next: This cult is considered a Neo-Nazi organization. 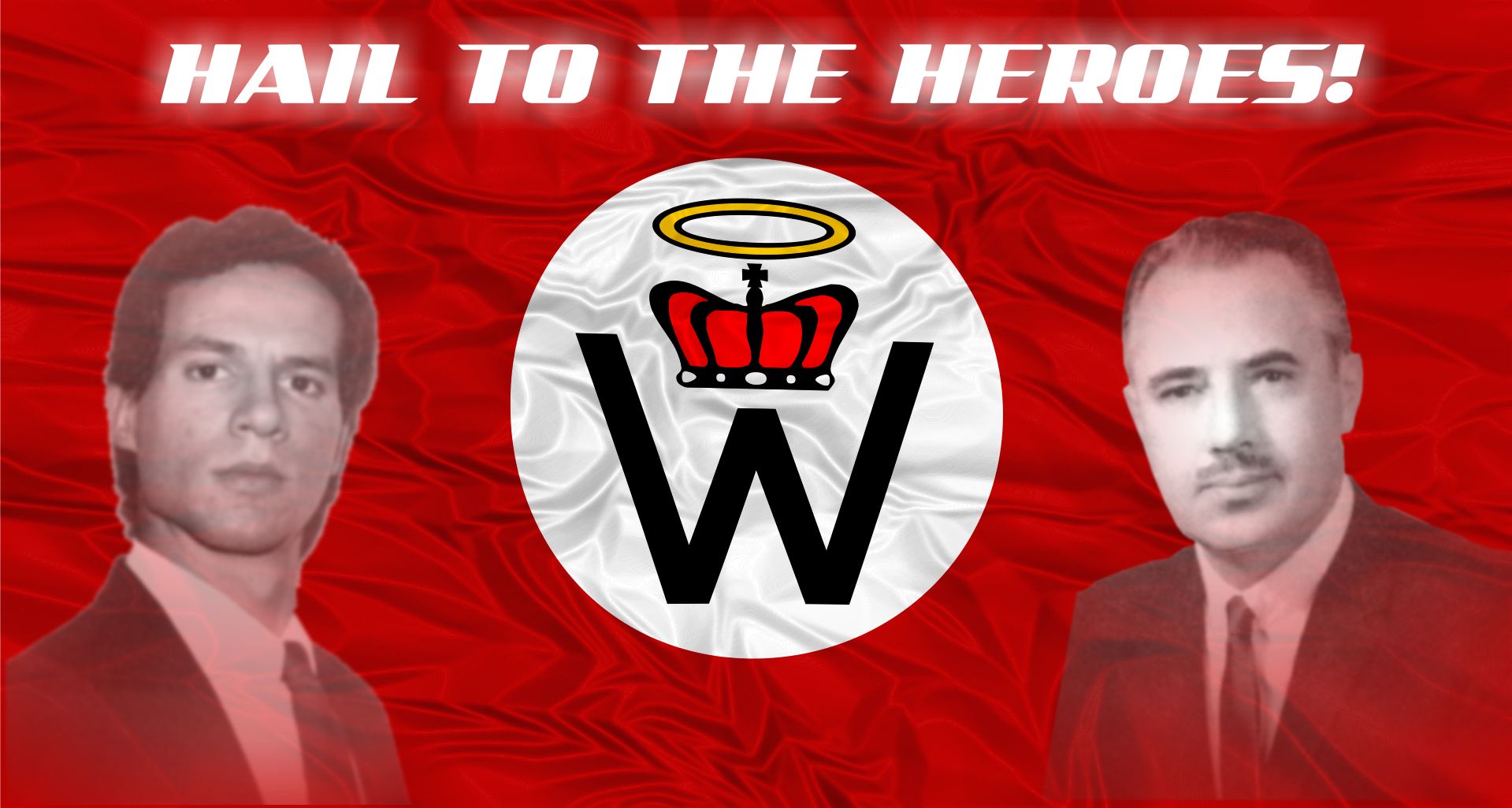 It’s less a religion and more of a hate group. | creativitymovement.net

The Creativity Movement was born in Illinois in 1973. Their goal is to “unite white people through a common ‘racial religion’,” says Thrillist. They promote an extremely healthy lifestyle, and believe that what is good for white people is the “highest good.” It’s no surprise that the Souther Poverty Law Center lists this group among Neo-Nazi organizations, according to Thrillist.

Next: A cult that believes planets control the fate of humanity.

The Aetherius Society was founded in the 1950s by a British taxi driver. It’s a New Age religion that believes that “Cosmic Masters” (mostly Venus and Saturn) control the fate of humanity. Through prayer and “spiritual charging,” its members ready the Earth for the “Next Master,” a magical messiah-type person who will come to Earth via flying saucer.

Next: Followers of this cult must fast and give up soap.

4. Movement for the Restoration of the 10 Commandments 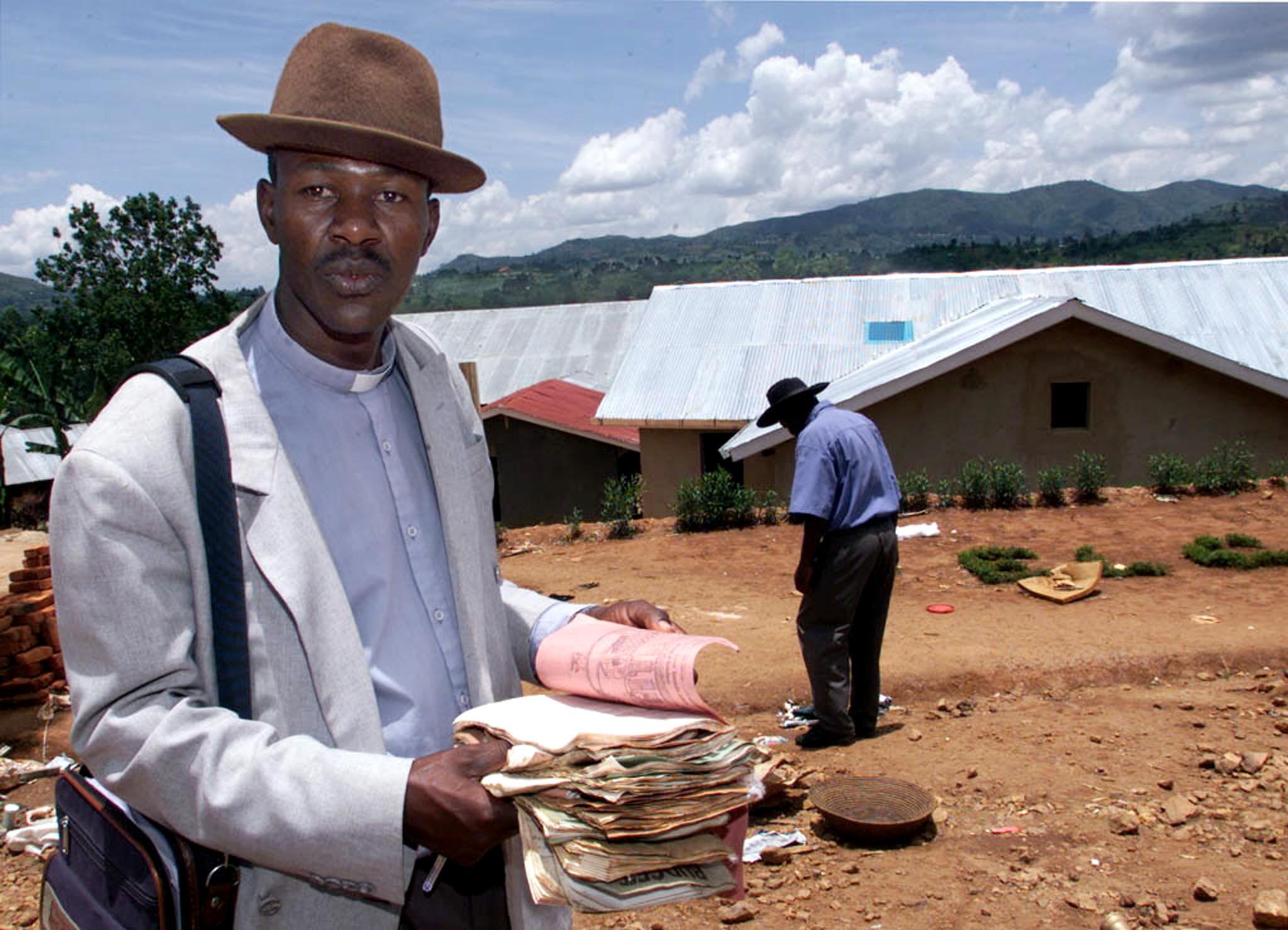 They couldn’t even use soap. | Alexander Joe/AFP/Getty Images

The Movement for the Restoration of the 10 Commandments was a movement inspired by the Roman Catholic Church. The cult involved strictly following and living by the rules of the 10 Commandments. They believed that failure to do so would result in absolute damnation when the apocalypse took place. Followers had to fast on a weekly basis and couldn’t use soap or have sex.

The cult ended when its leaders predicted the end of the world at the start of the new millennium. When the world didn’t end, the leaders murdered their followers via poison, stabbing, and a massive church fire.

Next: This cult ended in mass suicide.

Embed from Getty Images
Marshall Applewhite and Bonnie Nettles founded Heaven’s Gate in the 1970s. They believed in aliens, spaceships, and the “recycling” of the Earth. In 1997, Applewhite began preaching that God was going to come and take the cult’s members to the next level of existence. Shortly after this announcement, Applewhite and 38 of his followers were found dead in their rented San Diego home. They had taken phenobarbital mixed with applesauce and were all wearing the same uniform and Nike shoes, with $5.75 in their pockets.

Next: This cult believes God will save humanity in a flying saucer. 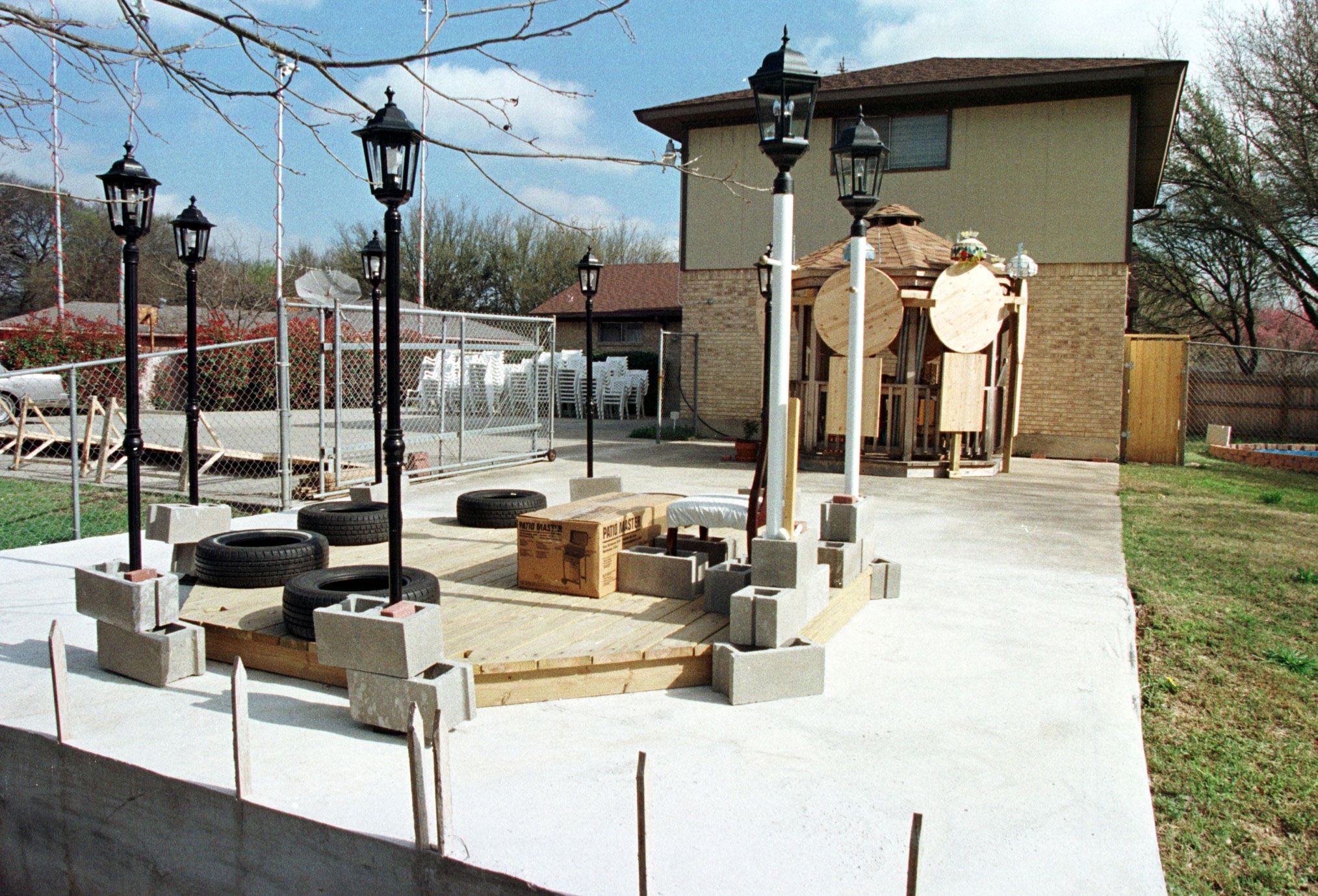 This was their leader’s way of representing the UFOs. | Paul Buck/AFP/Getty Images

The True Way Cult (also known as Chen Tao) was formed by a professor, Hon-Ming Chen, who believed that the universe is 4.5 trillion years old, a nuclear war created the solar system, and each human being has three souls. The cult also taught that God had already saved humanity five different times by flying down to Earth in a flying saucer.

In 1998, Chen told his followers that God would appear on every single television in North America at the same time on March 31. Needless to say, God never made an appearance.

Next: Inspired by the Russian Orthodox Church …

They moved above ground to get away from the corpses. | Dmitry Kostyukov/AFP/Getty Images

The True Russian Orthodox Church was inspired by the Russian Orthodox Church. In 2007, 30 of the group’s members holed themselves up in a Russian cave to await the end of the world (the group’s leader, who did not live in the cave with them, told them the world would end in 2008). Two of the members died in the cave (one from cancer and one from starvation). The remaining followers decided to leave because they were worried about being so close to two corpses and because the cave’s roof started to collapse.

Next: Followers of this movement believe it’s possible to separate the soul from the body. 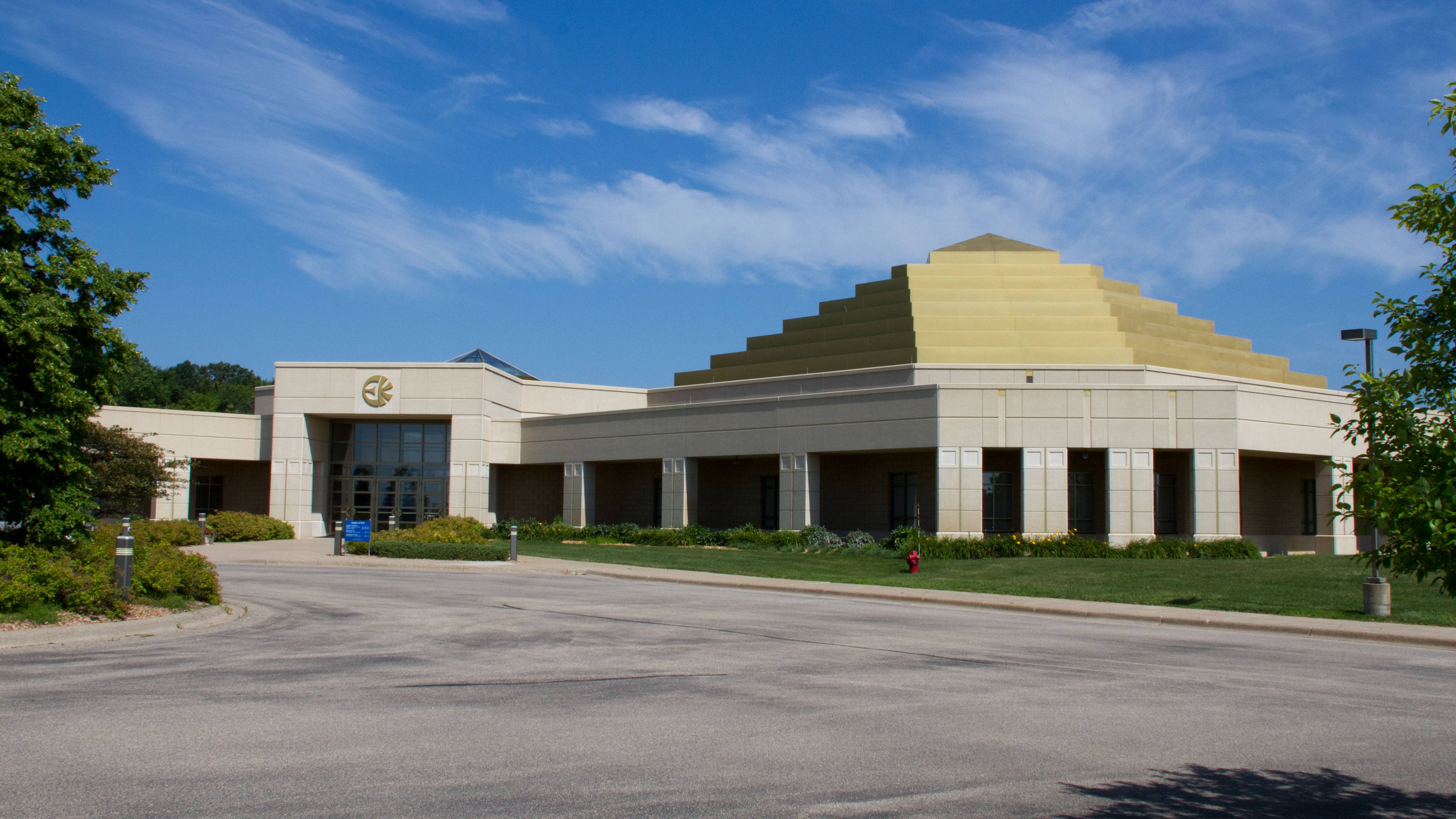 Paul Twitchell founded Eckankar inMinnesota. The movement believes that a person can separate his soul from his body to experience the “Light and Sound” of God. Eckankar is often criticized because Twitchell plagiarized much of the cult’s spiritual materials from other works, and what isn’t plagiarized is completely made up. Additionally, “the primary spiritual leader of the group is also the CEO of the company that sells the founder’s materials for profit,” says ATI.

Next: This cult is now considered a terrorist group. 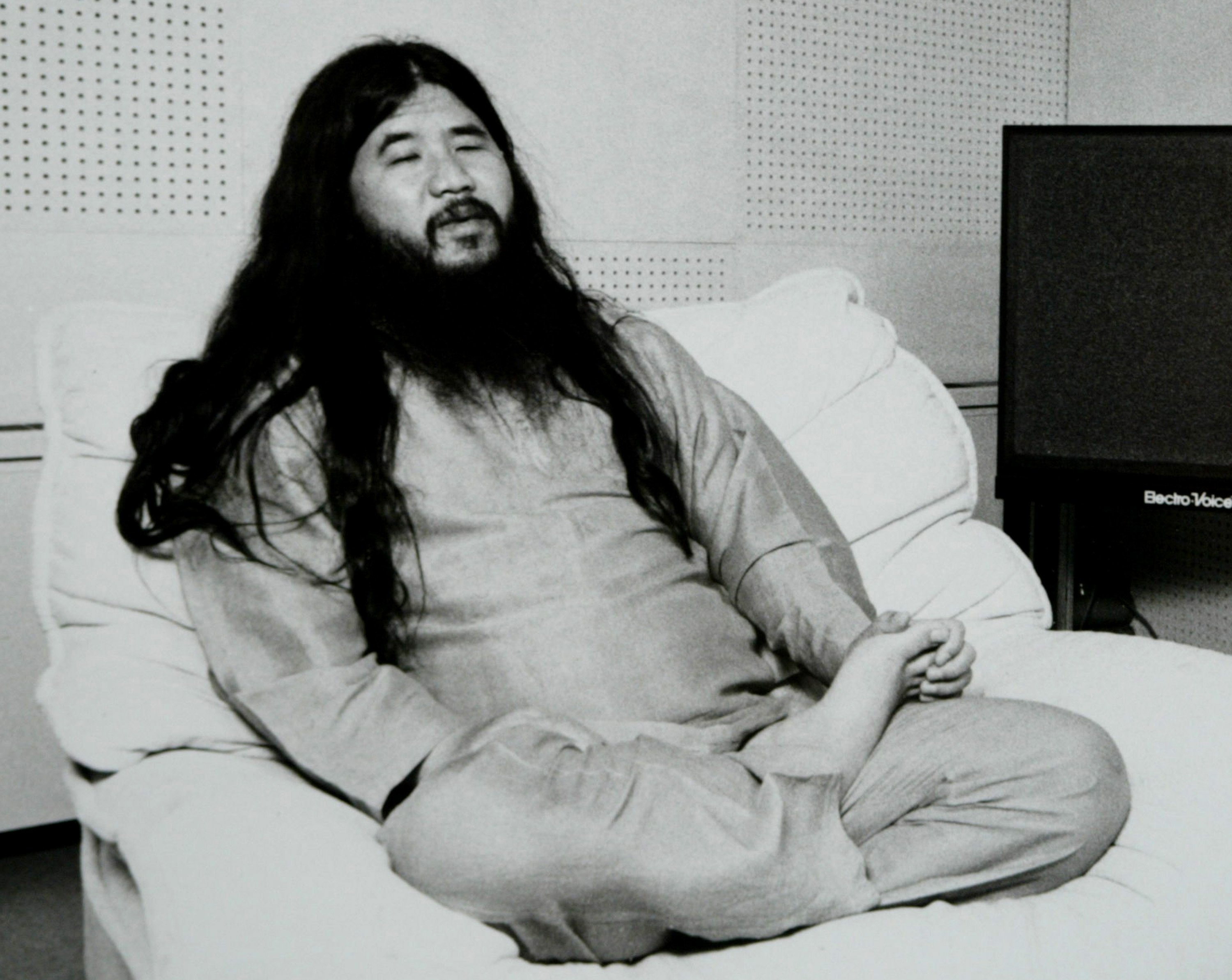 Aum Shinrikyo (or Aum for short) combined practices from a variety of religions. They’re most controversial beliefs included a doomsday prophecy involving a third World War and that members who leave the cult should be murdered. In 1995, the organization was officially named a terrorist group after they orchestrated a sarin gas attack on five trains in the Tokyo subway that killed 13 people and injured many more.

Next: This cult ended in a mass killing/suicide.

10. Order of the Solar Temple

Embed from Getty Images
The Order of the Solar Temple started out innocently enough. Their teachings involved a mix of Christianity, philosophy, Freemason rituals, and, of course, UFOs. But things took a turn for the worse when one the cult’s followers gave birth to a baby that everyone believed was the Antichrist. The cult sacrificed the baby, and shortly after, various people in the cult’s inner circle committed suicide, while others were found shot or smothered to death. Everyone who died was wearing their ceremonial robes.

Next: In this cult, playing and celebrating are not allowed.

The Brethren came about in 1971 thanks to its founder, Jimmie T. Roberts. This radical group believes the only way to truly prepare for the end of the world is to purify one’s self by not succumbing to any modern conveniences. Playing and celebrating are also not allowed, as followers believe they should reserve such emotions for when the group’s savior returns during the apocalypse.

Next: What’s known as the “foot-reading cult” 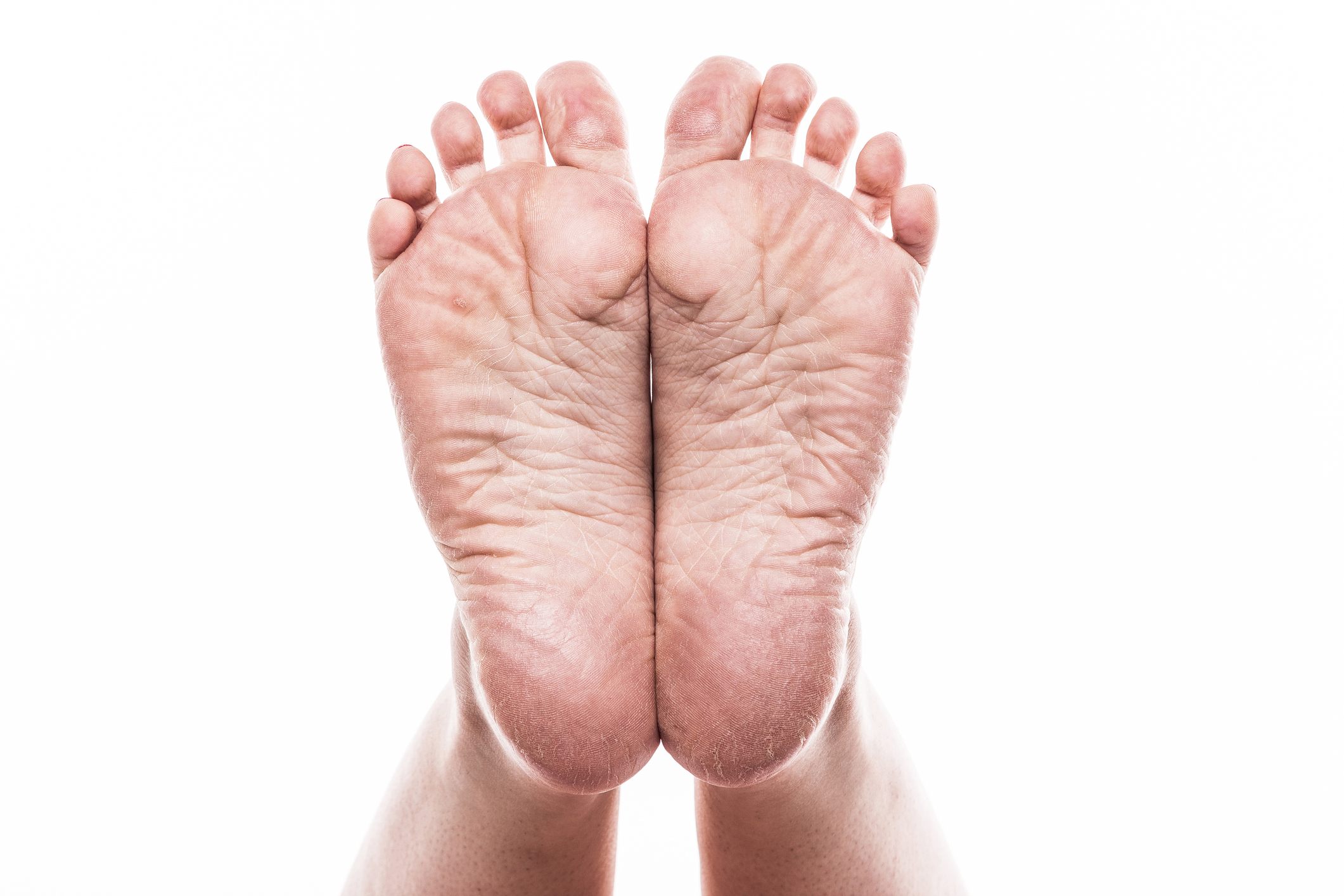 This takes foot fetish to a new level. | Traimak_Ivan/iStock/Getty Images

Ho No Hana Sanpogyo is a Japanese cult that believes in the power of “foot-reading.” The cult’s founder claimed he was both Jesus Christ and Buddha reincarnated. He also told his followers that he could diagnose a person’s innermost problems by reading their feet (for a small fee of $900). According to the founder, if a person had fat toes, his life would be filled with good fortune; if he had short toes, he had a short temper, and so on.

Next: Members of this cult burned themselves alive. 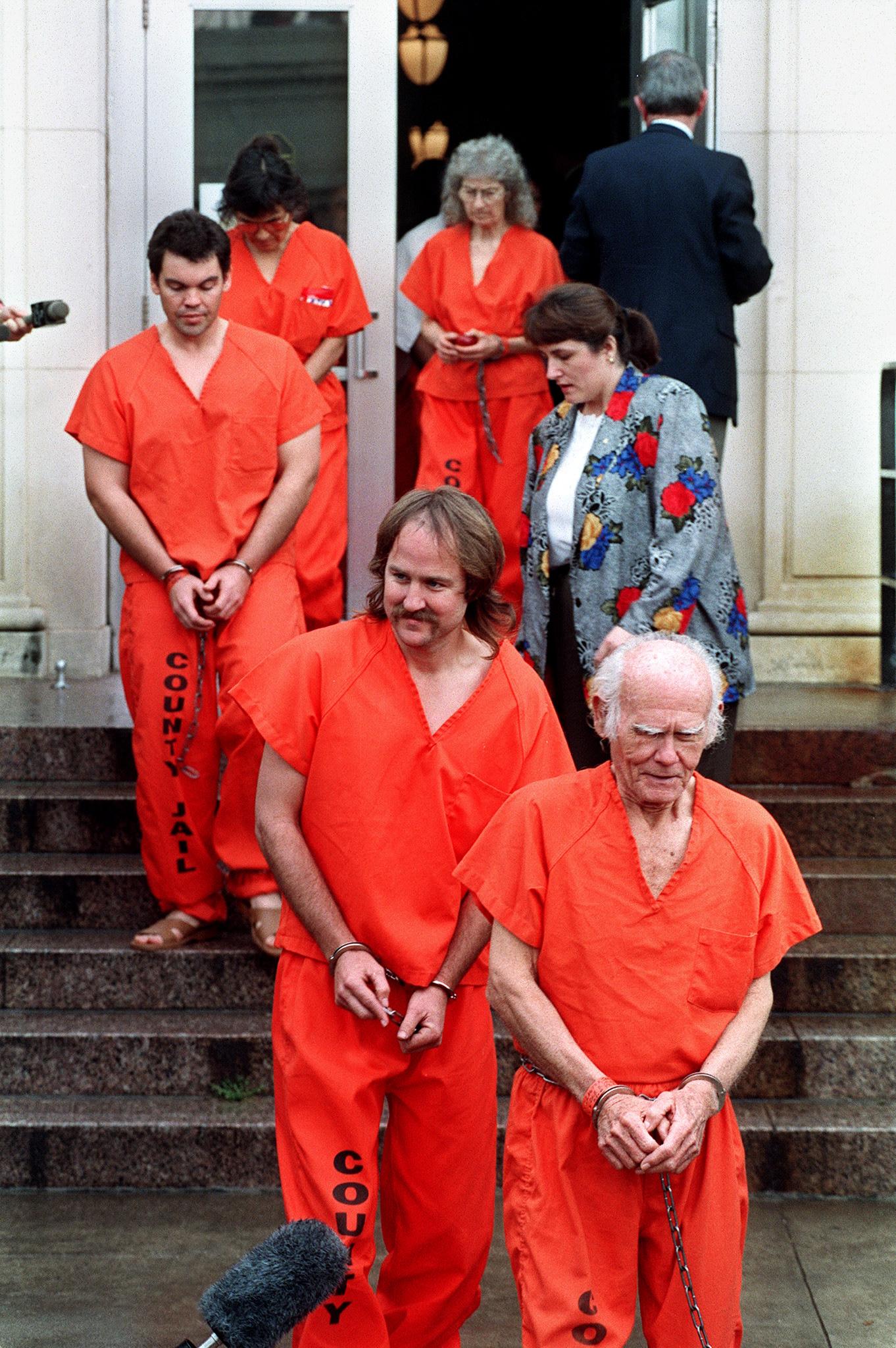 The founder died in a standoff. | Bob Daemmrich/AFP/Getty Images

David Koresh was at the head of this cult headquartered at a commune called Mount Carmel. The Bureau of Alcohol, Tobacco, Firearms and Explosives went to go investigate the commune when they heard of child abuse allegations. But when they got there, a gun battle broke out and 10 people died. After that, the FBI launched a siege that lasted 51 days.

In the end, the compound burned the ground, and Koresh, along with 76 others, died. A governmental investigation later revealed that the Davidians had started the fire themselves.

Next: This cult did everything naked.

The Freedomites believed in three things: anarchy, communal living, and nudity. Originating in Saskatchewan in 1902, the group originally formed after various religious groups fled Russia to escape persecution. In the 1920s and 1930s, they burned and bombed different public buildings to show their intense opposition to the government — all while completely nude.

Next: A cult that believes aliens created life on Earth 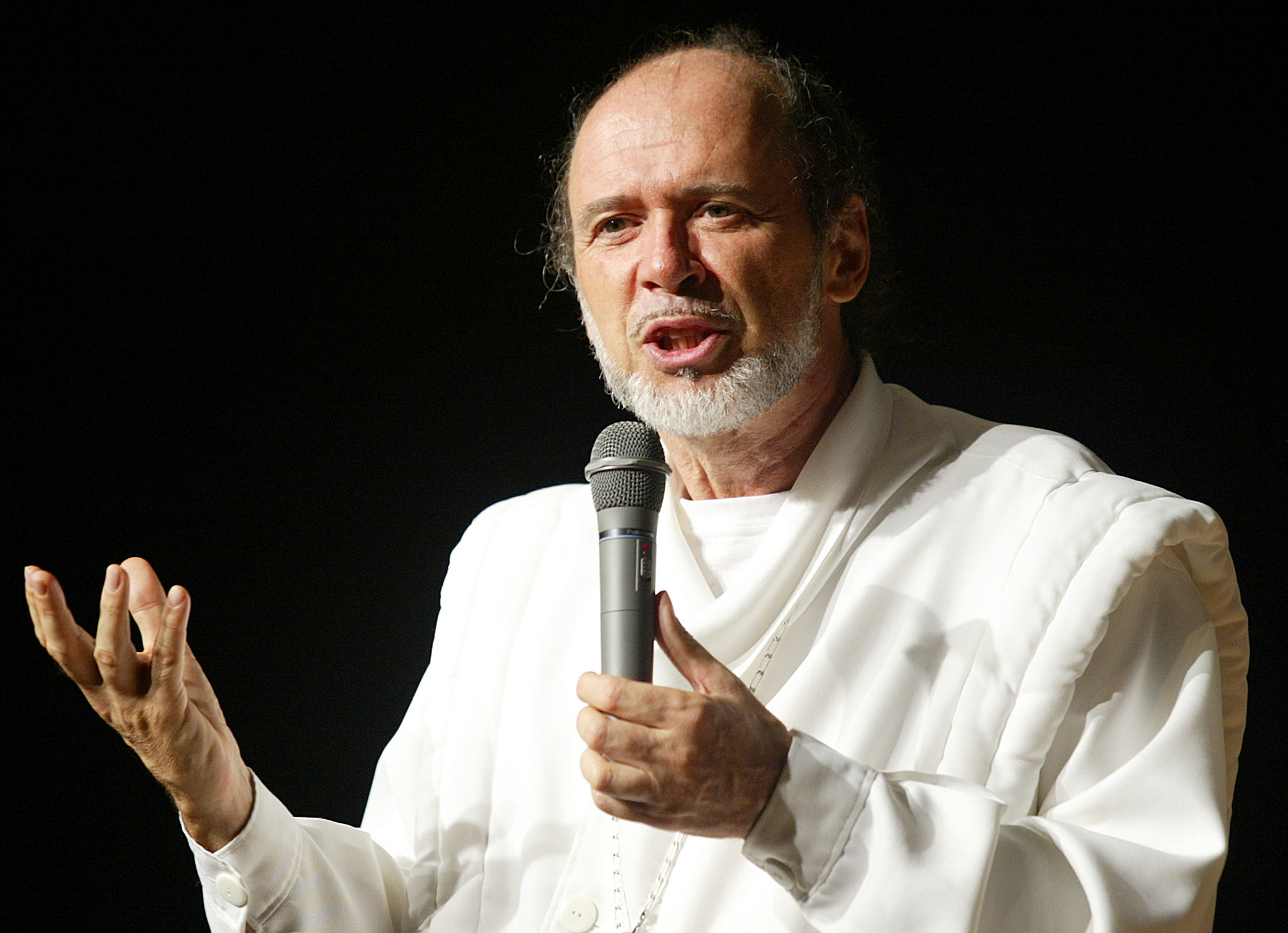 He claimed to have cloned a human. | Toshifiumi Kitamura/AFP/Getty Images

A French race car driver, Claude Vorilhon, founded Raëlism in 1974. He believed that a group of aliens created life and that those aliens periodically beam down to check on things every once in a while (Jesus and Buddha were two of those aliens).

As far as cults go, they weren’t very malicious. They preached about democracy, the importance of sharing, world peace, the avoidance of violence, and liberal sexuality. They do, however, have a thing for clones. In the late 1990s, they founded a cloning company and claimed that they had successfully cloned a human in 2000 (with no proof).

Read more: The Most Terrifying American Serial Killers of All Time (Including 3 Who Never Got Caught)