The Mind-Blowing Discovery That Just Revealed the Origin of Life

Historians, philosophers, and theologians alike have been forever trying to explain the beginning of life. Where we come from is a driving force in our pursuit of science and understanding. Many religions provide their own “answers”, but science has held one common belief for a long time. Scientists believed that life began in the oceans and evolved over time to eventually be land based. That has been the long-held contention for quite some time, but that could be overturned based on new evidence. The implications of this breakthrough are unimaginable, but we will get there later.

What you need to know

Long structure of the DNA double helix in depth of view. | Getty Images

For most scientists, life begins when you start to see nucleotides form into Ribonucleic Acid (RNA) which is called polymerization. RNA is the precursor to DNA and all cellular life on the planet. The two competing theories that have existed are that RNA first emerged in hydrothermal vents deep under the ocean or in ponds on land. Hydrothermal vents seemed like a likely place for rapid polymerization given the amount of energy surrounding the vents. However, there is another element that is needed for polymerization to happen.

Next: What is the secret ingredient?

Let’s dive into some science jargon, shall we? | Getty Images

In order to have effective polymerization, the RNA needs to dry for a little bit. This is the important ingredient that it needs to become that precursor to DNA. Ponds received plenty of organic building blocks from interplanetary dust and meteorites. Combine those organic elements with a wet and dry cycle and you have a favorable environment for rapid polymerization. By figuring this out, the researchers have made a startling discovery about when life on our planet began.

Next: When did life begin on earth?

Turns out The Hitchhikers Guide to the Galaxy was probably right

The origin of life was staring us right in the face all along… | iStock.com/titoOnz

If you judge life as the first single-celled organisms to roam the world, then life is believed to have begun around 3.8 billion years ago. However, if you operate on anything that is self-replicating, then RNA is your benchmark. This makes the timeline move back to about 4.2 billion years ago, and possibly earlier. It seems like the authors of  may have just upended a long-held understanding, but the theory of life beginning in ponds has been around for some time. The numbers have just never been calculated.

The science was there, they just needed to bring it together

The researchers who brought this study to light, really just connected the dots from multiple disciplines. We already knew how RNA forms and what conditions are needed from previous research in biochemistry. We already knew what organic materials were coming from meteorites and interplanetary dust from our planetary sciences. Add a few more disciplines and you have all the information you need.

Next: What implications does this have for modern science?

Understanding our past gives way to our future

So, why does this all matter? | Getty Images

Any time these studies are published, it’s hard to see their significance in modern science. In order for us to know what to do in the future, we often look to the past to provide a guide. Knowing when, how, and where life began has far-reaching implications elsewhere. Like really far. Take Enceladus for example. Enceladus is one of Saturn’s moons, and is thought to possibly harbor life in our solar system. If we have a better understanding of how life began than that will add or take away from the evidence that it does or does not have living organisms on it. At least not like any we’ve seen on our planet.

Next: But wait, there’s more!

What if we wanted to create life where there was none?

Terraforming is essentially the task of taking a dead celestial body (like Mars, for example) and turning it back into a living planet like our own. There are many approaches to making this happen, but one of the key ingredients is making sure that the life we add to the planet will adapt to it properly. Certain plants can’t grow in certain environments, so why don’t we just give the basic stuff like nucleotides or RNA and let evolution take the wheel for a while?

Celestial exploration will be more efficient 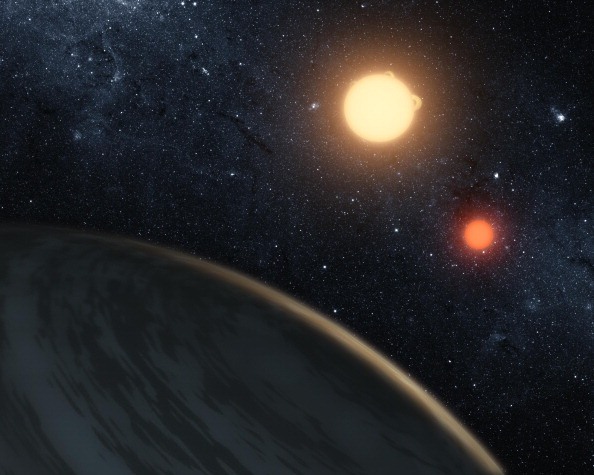 So let’s say we want to go to another solar system and check out some planets or colonize them? Wouldn’t it be prudent to know if life could already be forming on them? Especially since traveling those distances would be so costly and dangerous. It would really suck to get to Trappist 1, which is home to seven earth-sized planets, and find out that they lack the conditions to harbor life, or already have an advanced civilization that doesn’t like unwelcomed guests.

If you don’t think this discovery is important, that’s okay. No one thought that the theory of relativity was very important either.