The Most Beautiful Private High School Campuses You Can Visit in the U.S.

Conjure up a vision of high school in your head and chances are you’ll see dusty hallways loitered with crinkled paper and graffiti in the bathroom stalls. But some high schools defy this vision and look like mansions or a five-star resort. Discover the most beautiful private high school campuses in America, ahead. 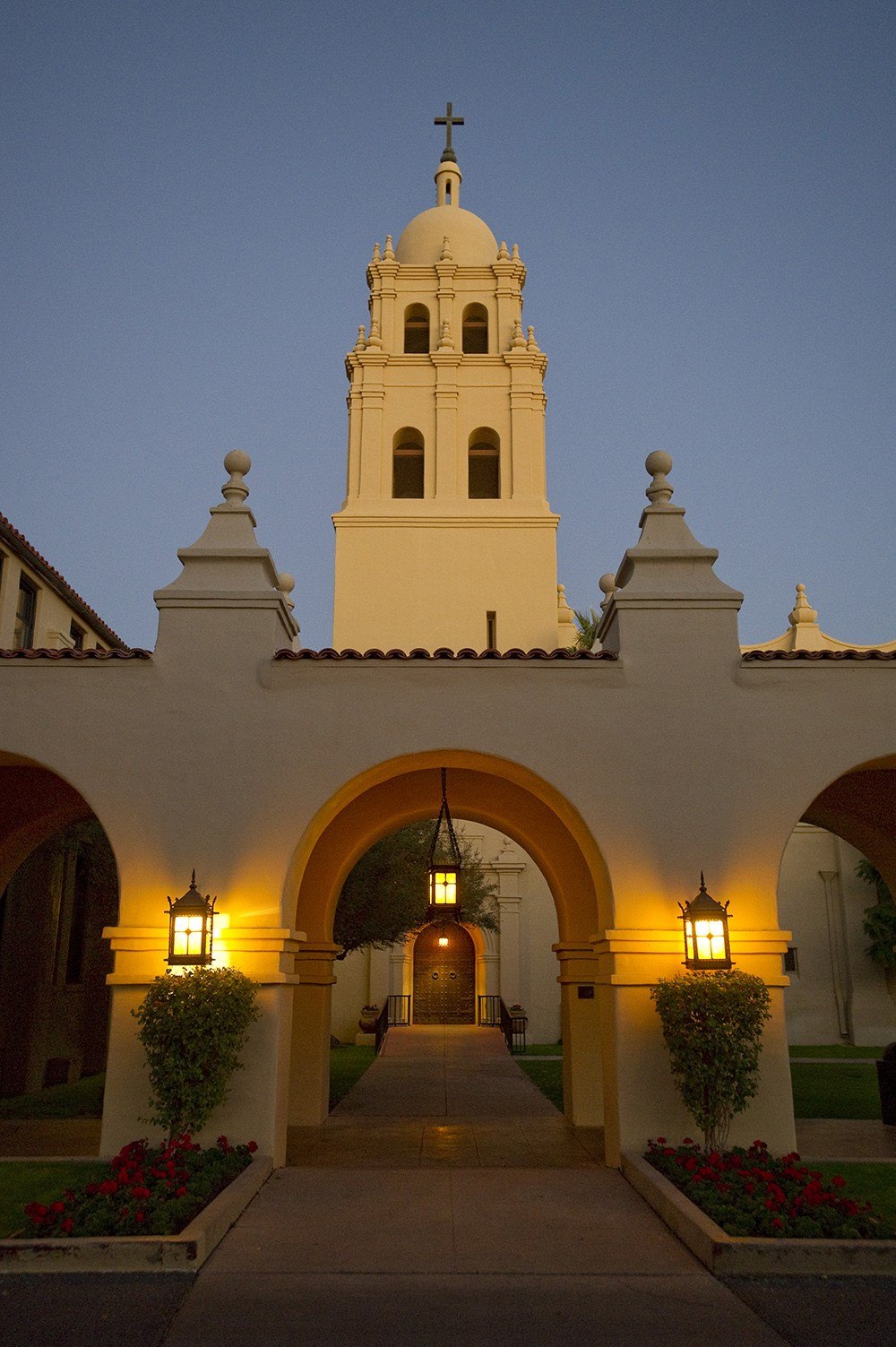 The chapel is a historic site. | Brophy College Preparatory

Founded in 1928, this private prep school educates young men from sixth through twelfth grade. The school’s chapel, Brophy College Chapel, was declared a historic site in 1993, according to Architectural Digest. The chapel is such a popular wedding venue, only former Brophy students are allowed to wed there along with one other neighboring school. 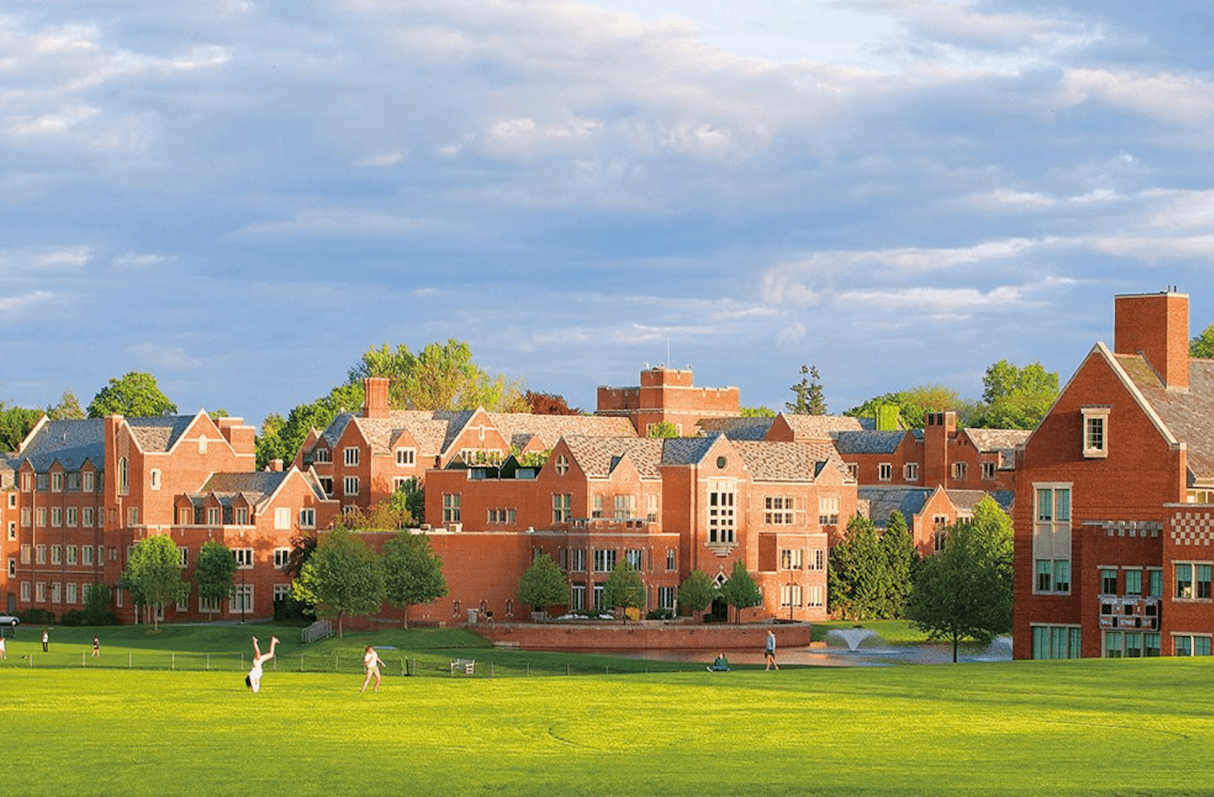 The school was founded by President Taft’s brother. | The Taft School via Facebook

The Taft School, founded in 1890 by Horace Dutton Taft, brother of President William Howard Taft, began with 17 students. Today, the Taft school compromises 226 acres and has nearly 600 students. The school looks more akin to a mansion with fountains, beams in the cafeteria, and floor to ceiling windows.

Hint: This school looks straight out of a movie. 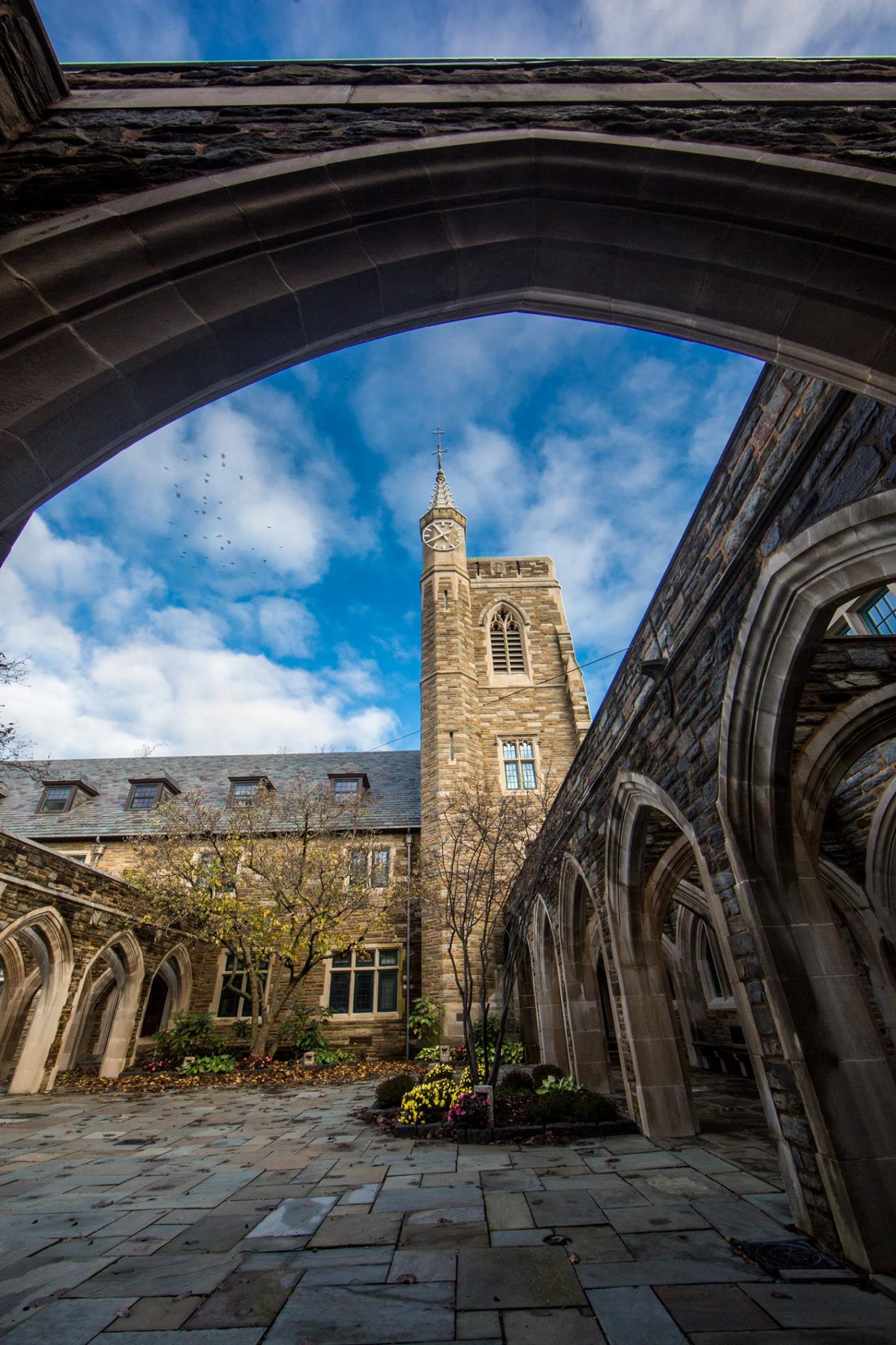 St. Andrew’s School has a cathedral style campus comprising 2,200 acres. The campus has woodlands, wetlands, and farmlands in addition to views of Noxontown Pond. In the springtime, students can be found rowing on the pond.

Hint: This private school in Hawaii looks like an estate. 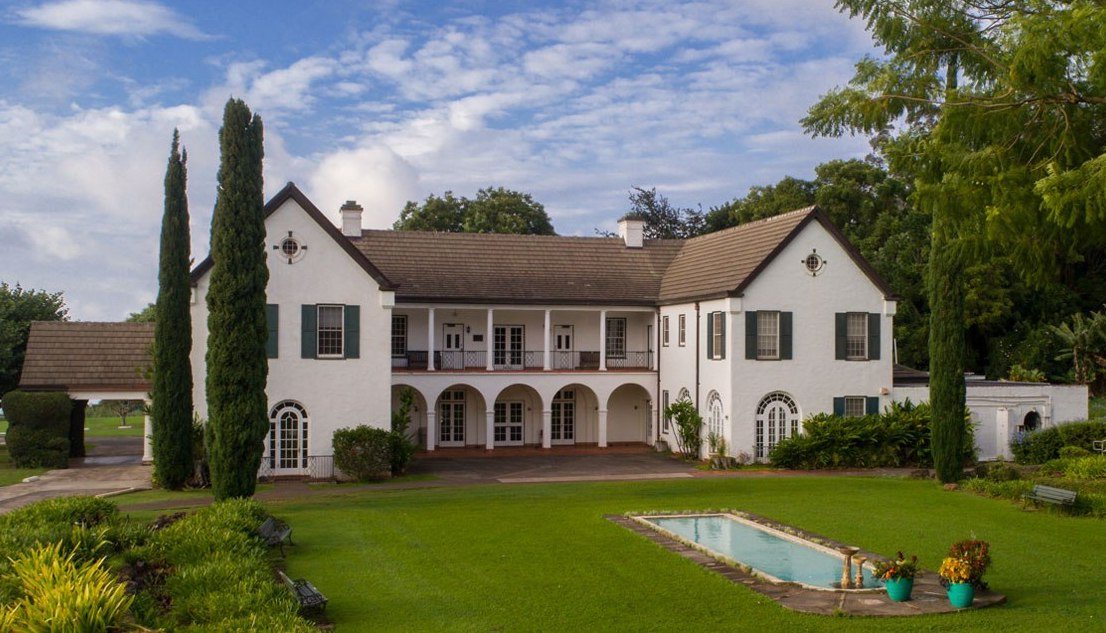 The stunning school looks like a mansion. | Seabury Hall

Seabury Hall is surrounded by the greenery with manicured trees and flowers. Frankly, the property looks more like a celebrity’s home than a school. The campus somehow combines the history of a private institution with the laidback lifestyle of Hawaii. 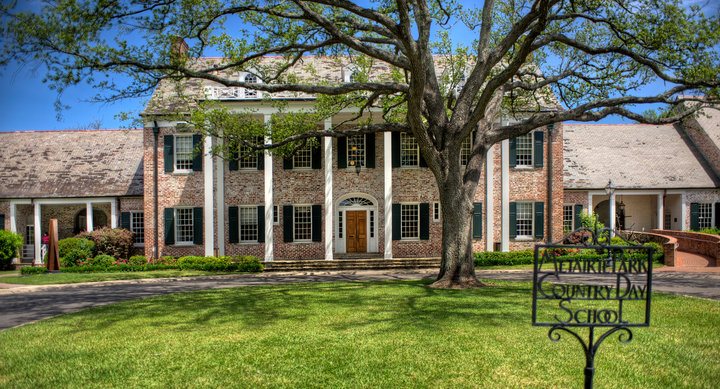 Built to resemble a home in 1929, the Metairie Country Day School has a courtyard and lots of open walkways spanning the 14-acre campus. The school recently underwent construction creating designated spaces for students to practice engineering, science, and performing arts, according to Architectural Digest.

Hint: A private school in Ohio is modeled after Yale. 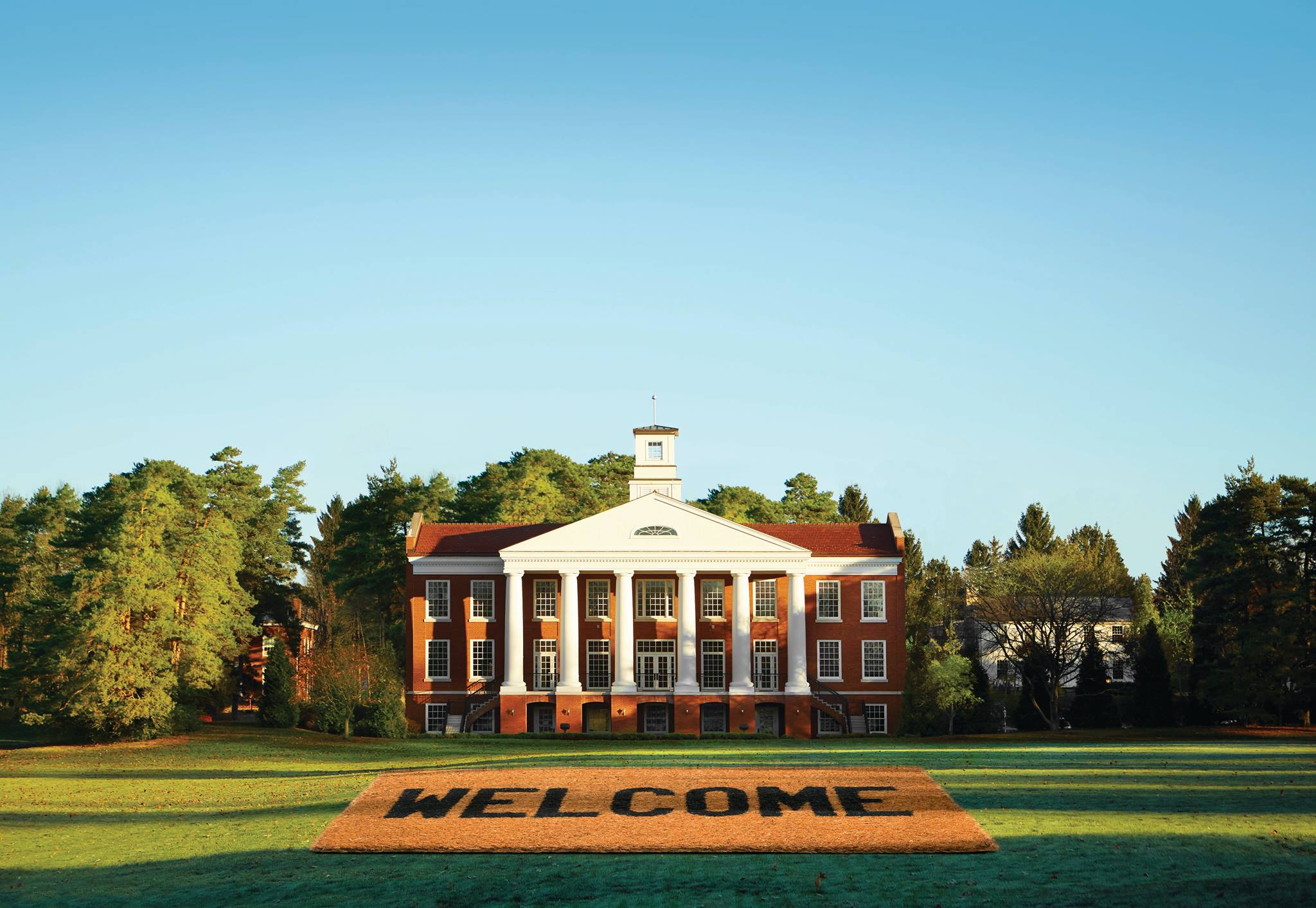 Western Reserve Academy founded the campus in 1826 with seven buildings. Today, “Brick Row” is home to 40 buildings. The campus covers 190 acres and includes a cross country course and a hockey pond. In the early days, the school, known as the “Yale of the West,” housed people fleeing slavery as a stop on the Underground Railroad. 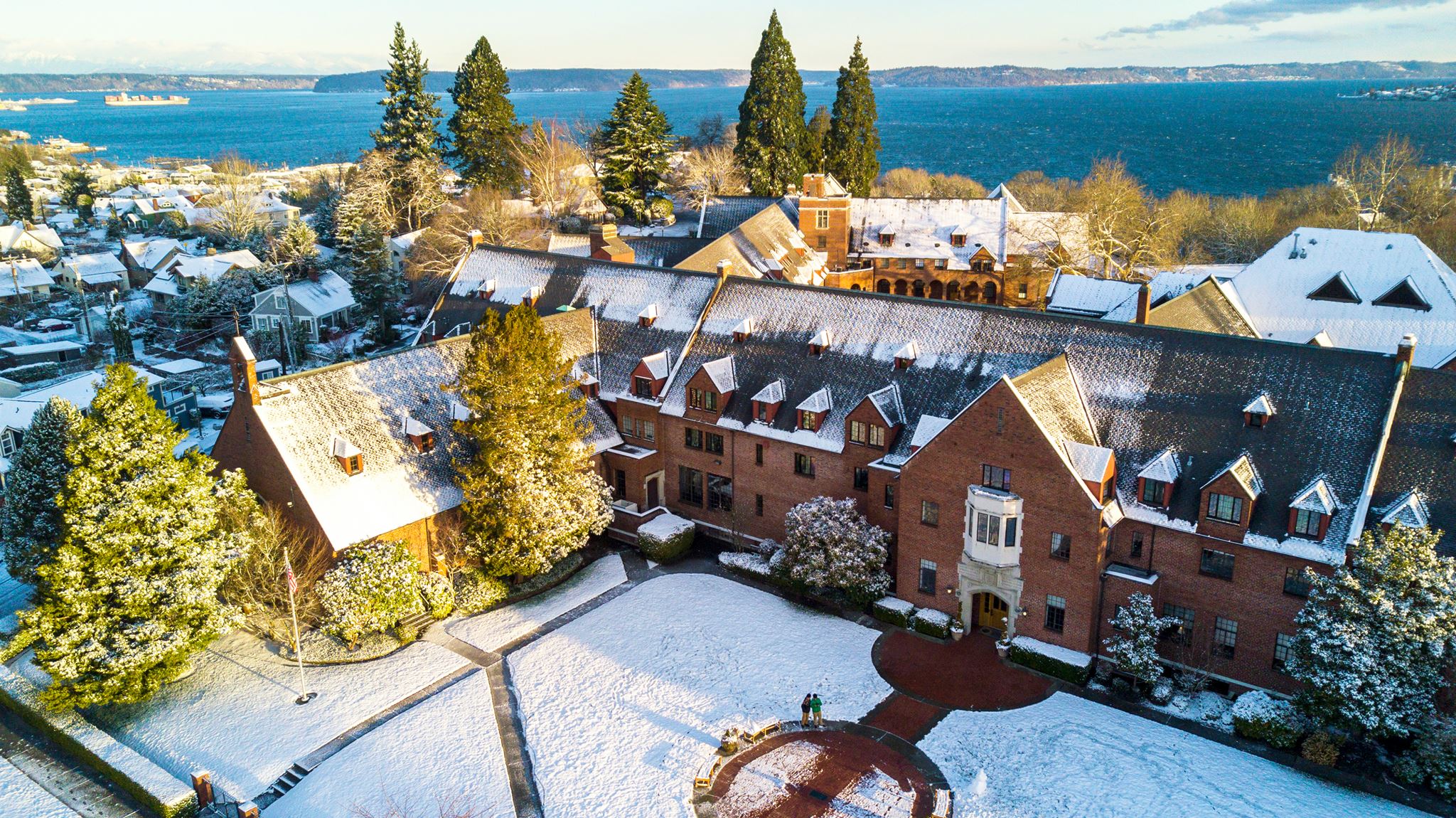 The school is right next to a body of water. | Annie Wright Schools via Facebook

Built in the early 1920s, the school has an arched portico. The red-brick building contrasts with the lush green gardens in the school’s commons area. In 2010, during a $10 million remodel, Klarsch Hall became the new home for classrooms and a dining room.

Hint: This school is modeled after a cabin. 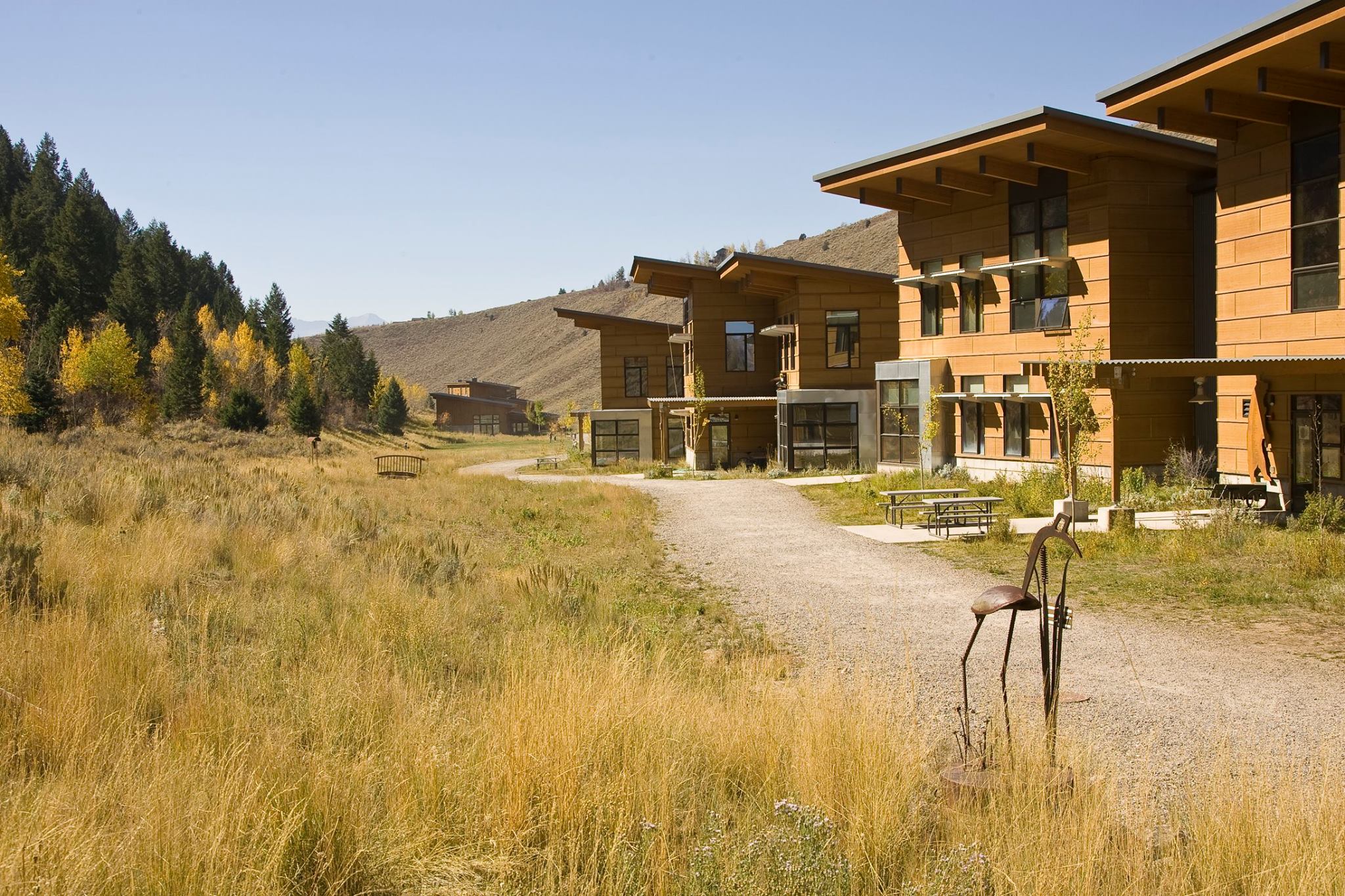 The school sits on a ranch outside of Kelly, Wyoming, and has called the ranch “home” since 1973. Jackson Architectural firm Mithun of Seattle designed the school taking inspiration from the landscape, according to Architectural Digest. The main building has a cabin-like feel but sits firmly in the 21st century.

Hint: This school is Tennessee has access to an island. 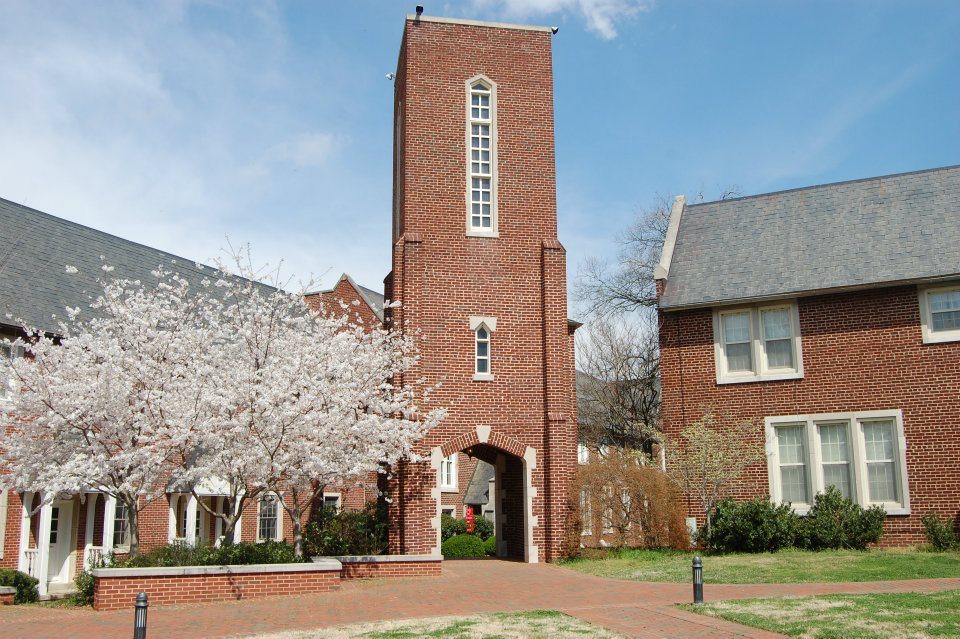 The students row to an island off campus for school and recreation. | Baylor School via Facebook

Overlooking the Tennessee River, the Baylor School spans 690 acres with the school’s quad at the center. There are indoor/outdoor tennis courts, an island the students row to for school projects and recreational use. The river gorge provides a stunning backdrop for campus.

Hint: Students farm the land at this school. 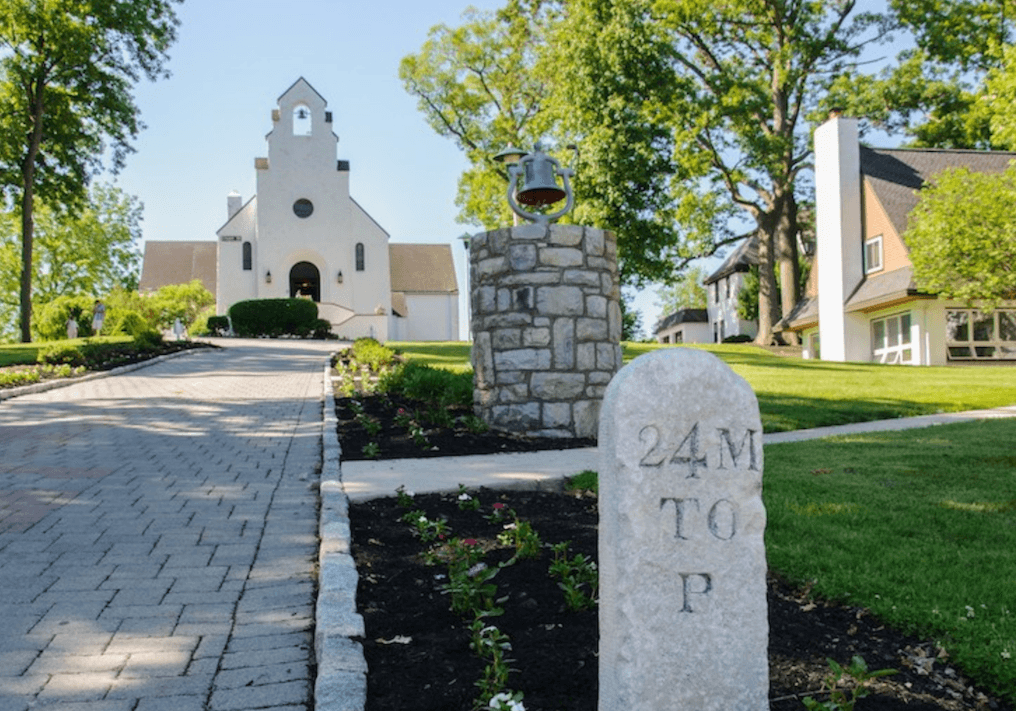 The chapel has hosted services for 100 years. | Church Farm School

As the name suggests, the school is located on a farm, which students help to tend. The school is most known for its chapel, which has hosted choir concerts and regular services for 100 years.

The main structures were constructed in the 1920s. | Cascia Hall Preparatory School via Facebook

The school has French Norman–style buildings, according to Architectural Digest. The original structures on campus came about in 1926, while every building added after mimicked the design of the original buildings.

Hint: Known as the American Hogwarts, this school sits on a historic site. 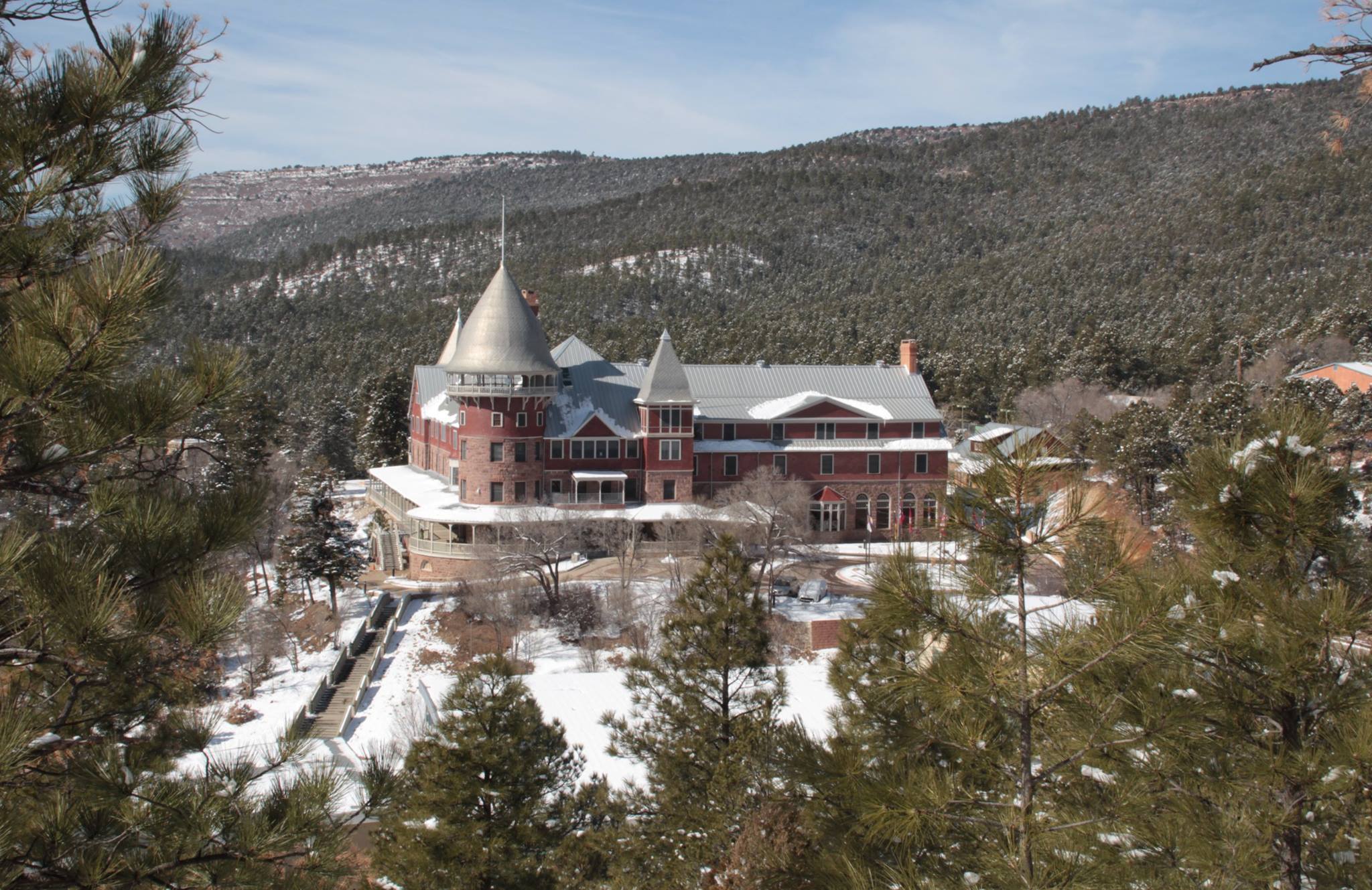 Renovated in the 1980s, Montezuma Castle — a historic site — became what’s now known as the United World College. Deemed the American Hogwarts by students, the school is surrounded by pine forests — maybe the Forbidden Forest to students? — outside of Las Vegas, New Mexico.

Hint: Boys intending to be priests used to attend this school. 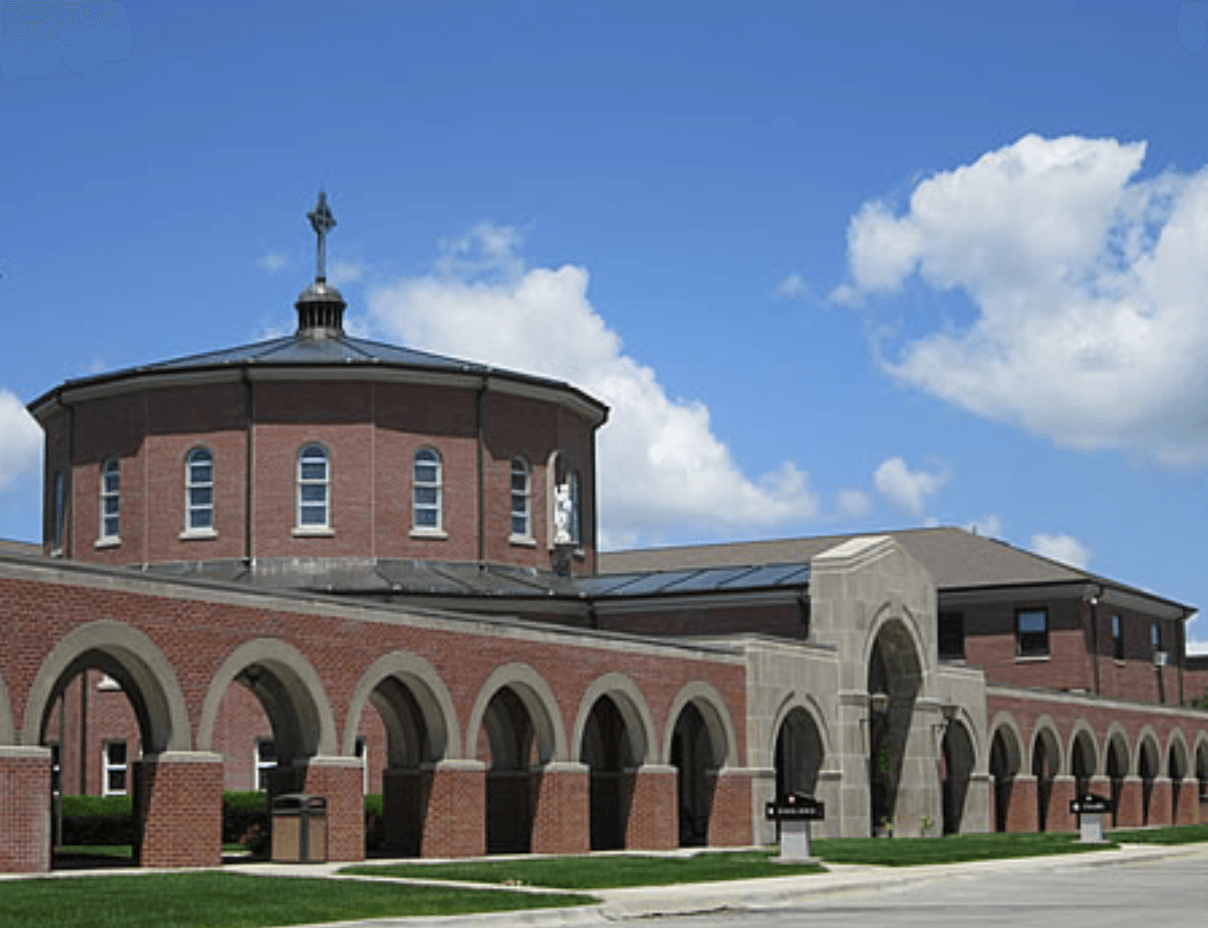 The school is an all-boys school. | Mount Michael Benedictine School

Originally for young men on their way to becoming priests, the school is now an all-boys private school and an abbey. There’s no shortage of archways and uniquely shaped windows at this school, which overlooks the Elkhorn River Valley. Hint: This high school looks like an estate, not a high school. 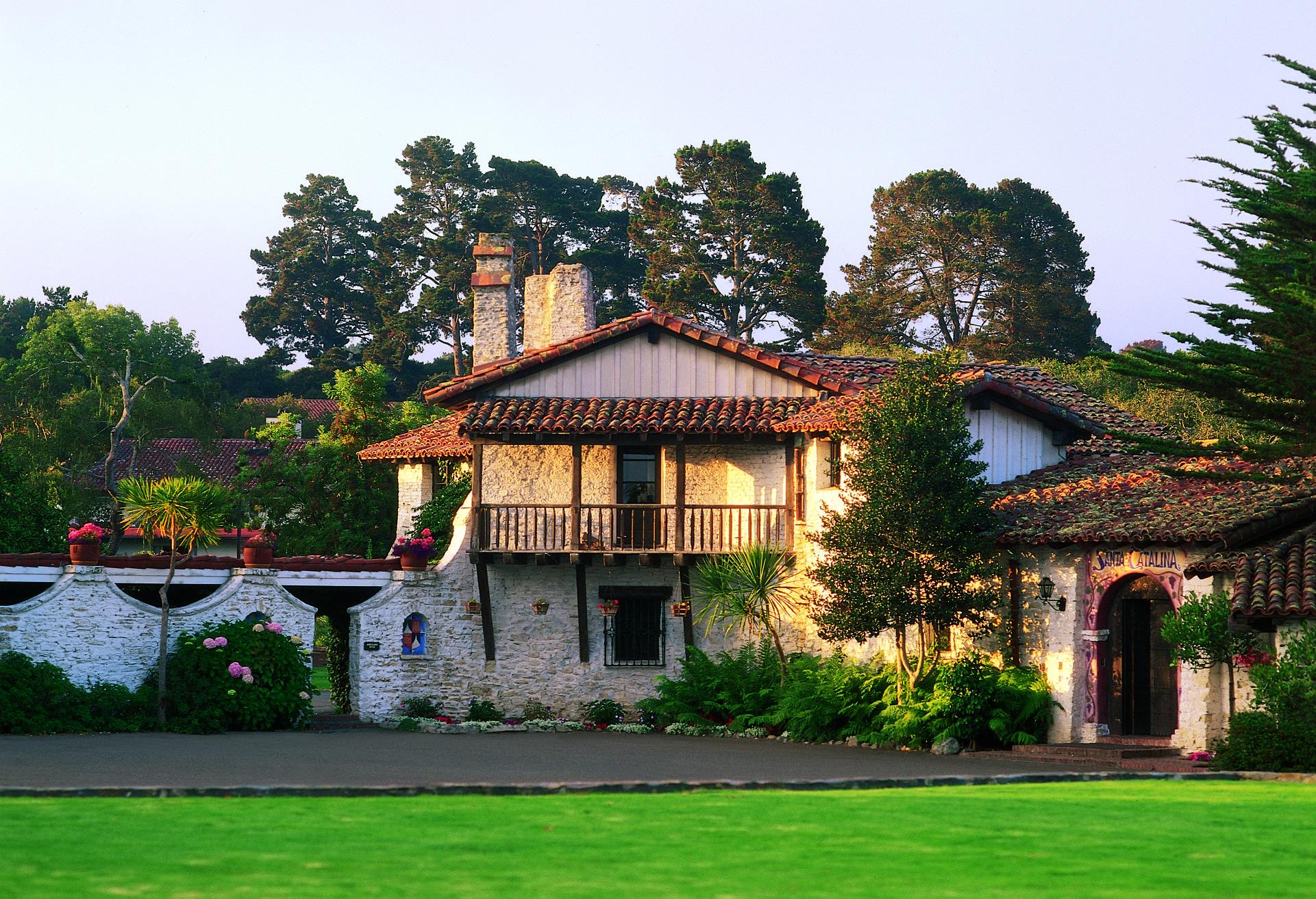 This hacienda-style school sits on 36 acres and is within walking distance of downtown Monterey. The campus is Spanish-inspired with arched doorways, exposed beams, and lots of greenery. Hint: This high school overlooks the ocean. 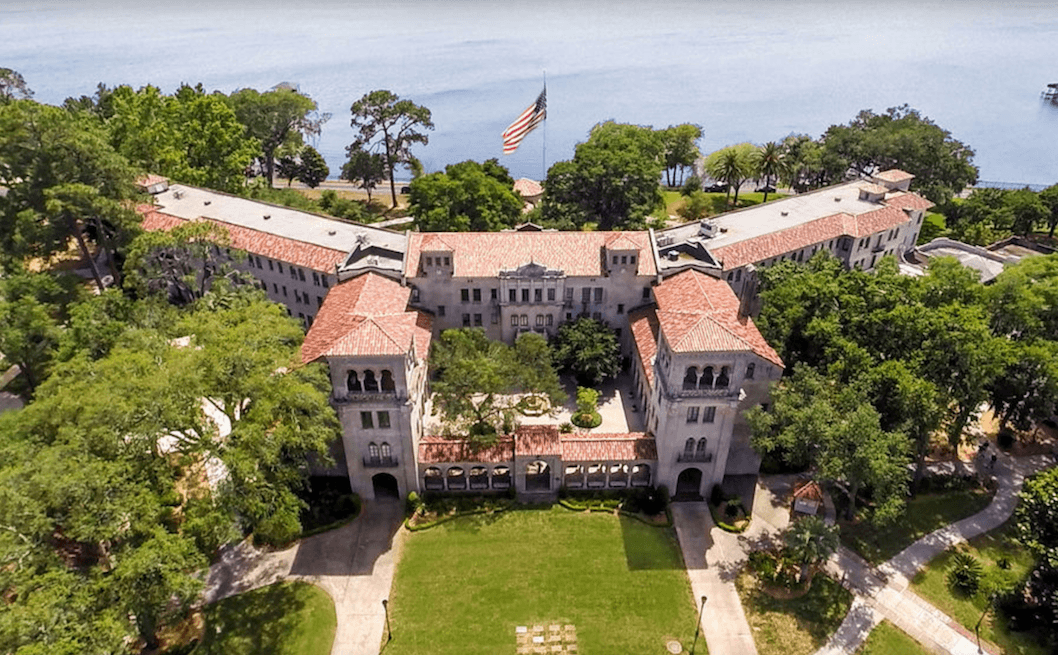 The ocean views are insane. | The Bolles School

The Bolles School used to be a hotel in the 1920s, then a military school for boys (Donald Trump attended a military school), and finally, coeducational in 1971 after dropping the military affiliation. The school has incredible ocean views and is on the National Register of Historic Places, according to Architectural Digest.