The Most Bizarre Buildings in the World

There’s no need to spend a fortune on advertising when you run a business in a oddly shaped building. From a corporate office shaped like a basket (page 4) to a roadside dinosaur-shaped gift shop (page 7), we share some of the most bizarre buildings in the world, ahead. 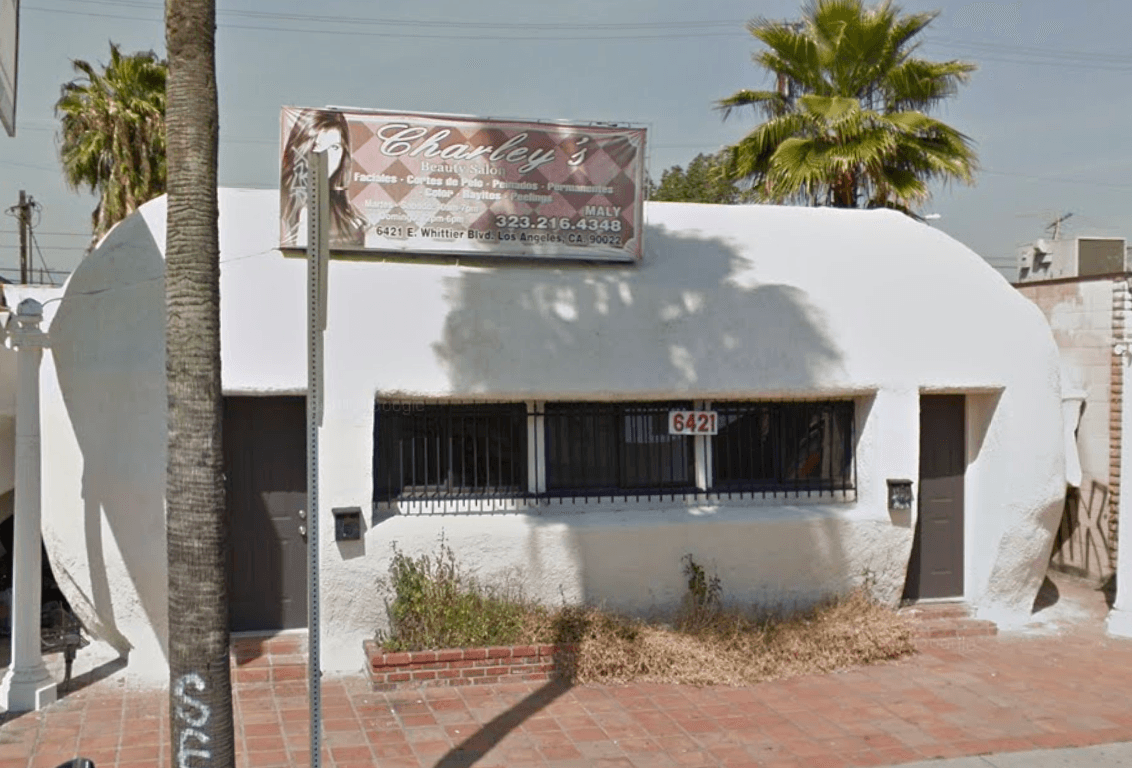 Is there anything weirder than a tamale-shaped beauty salon? We think not. However, haircuts weren’t its original purpose. Built in 1928, food-shaped building once served up fresh — you guessed it — tamales and other greasy items to the East Los Angeles area.

Next: This car wash is something straight out of Disneyland. 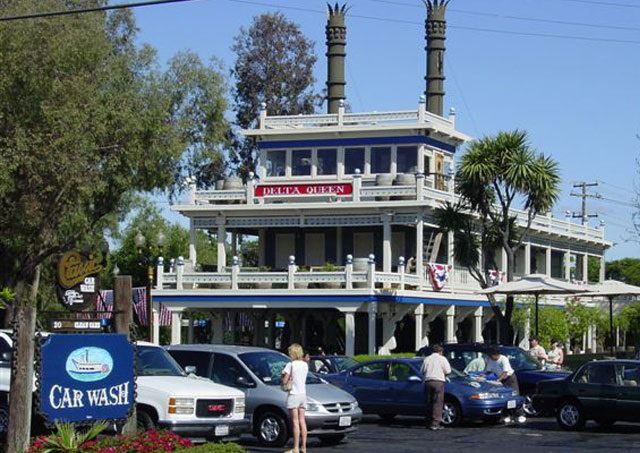 Another bizarre building that makes no sense? The Delta Queen Classic Car Wash. Built to to resemble a 19th century Mississippi riverboat, the 1960s-era car wash has been dubbed the first-ever themed car wash and features scenic walkways, fountains and even serves food.

Next: This building has one sole purpose.

It’s pretty clear what this shop does. | The Big Shoe Repair via Google Maps

While some of the world’s most bizarre buildings make no sense, this one does. Shaped like a giant shoe, The Big Shoe Repair building in Bakersfield, California was built in 1947 and resembles a white low-top sneaker with an orthopedic heel. Originally known as Deschwanden’s Shoe Repair Shop, the shoe-shaped building sold in the early 2000s and re-opened as the Big Shoe Repair.

Next: This company put all of its employees in one basket. 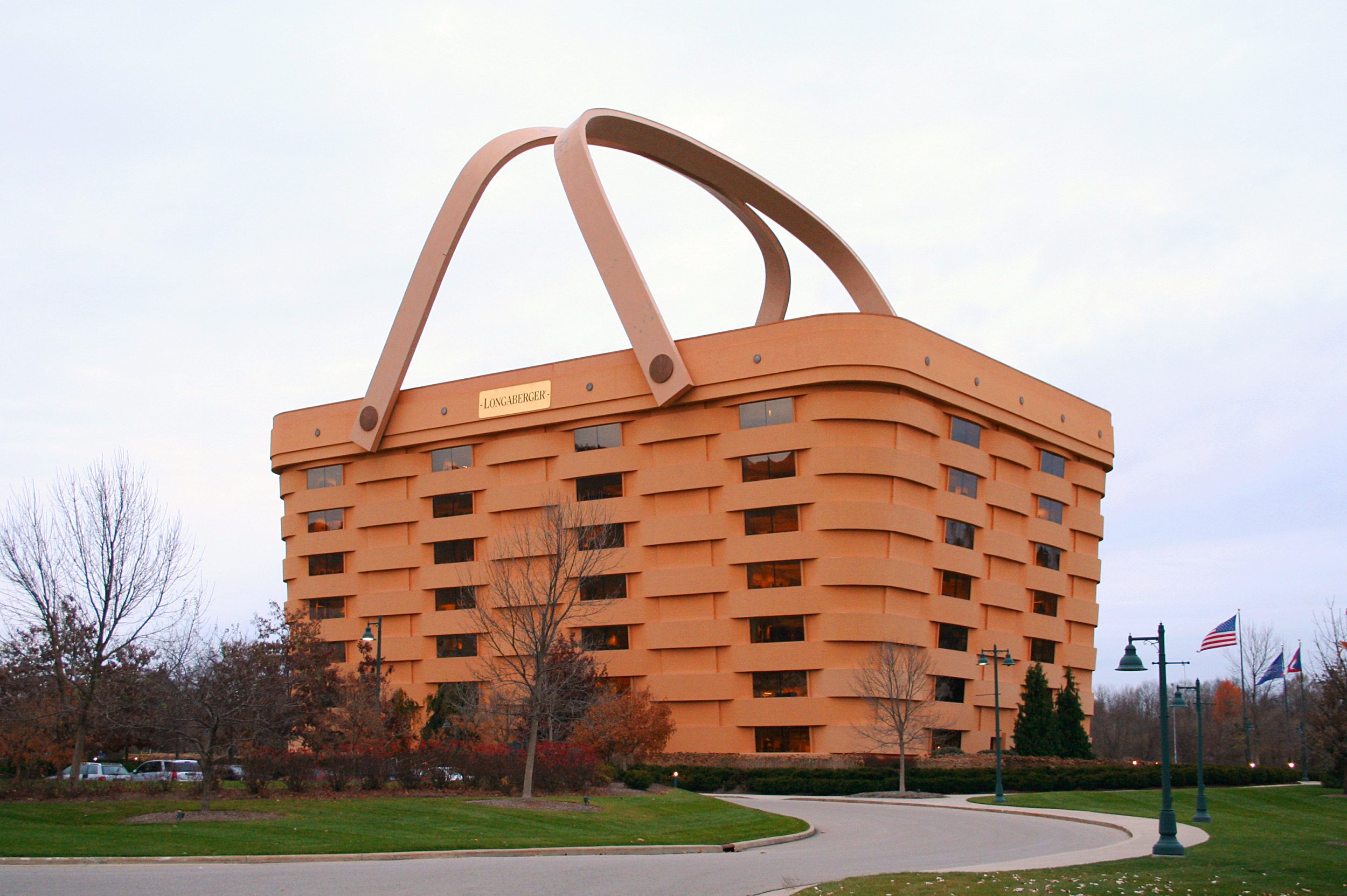 Iconic basket company, Longaberger took its best-selling item to the next level (seven stories to be exact) with a “Medium Market Basket” headquarter building. Located in Newark, Ohio, the 180,000-square-foot basket opened in 1997 and features 150 ton handles that can be heated during the winter months to prevent damage from ice. 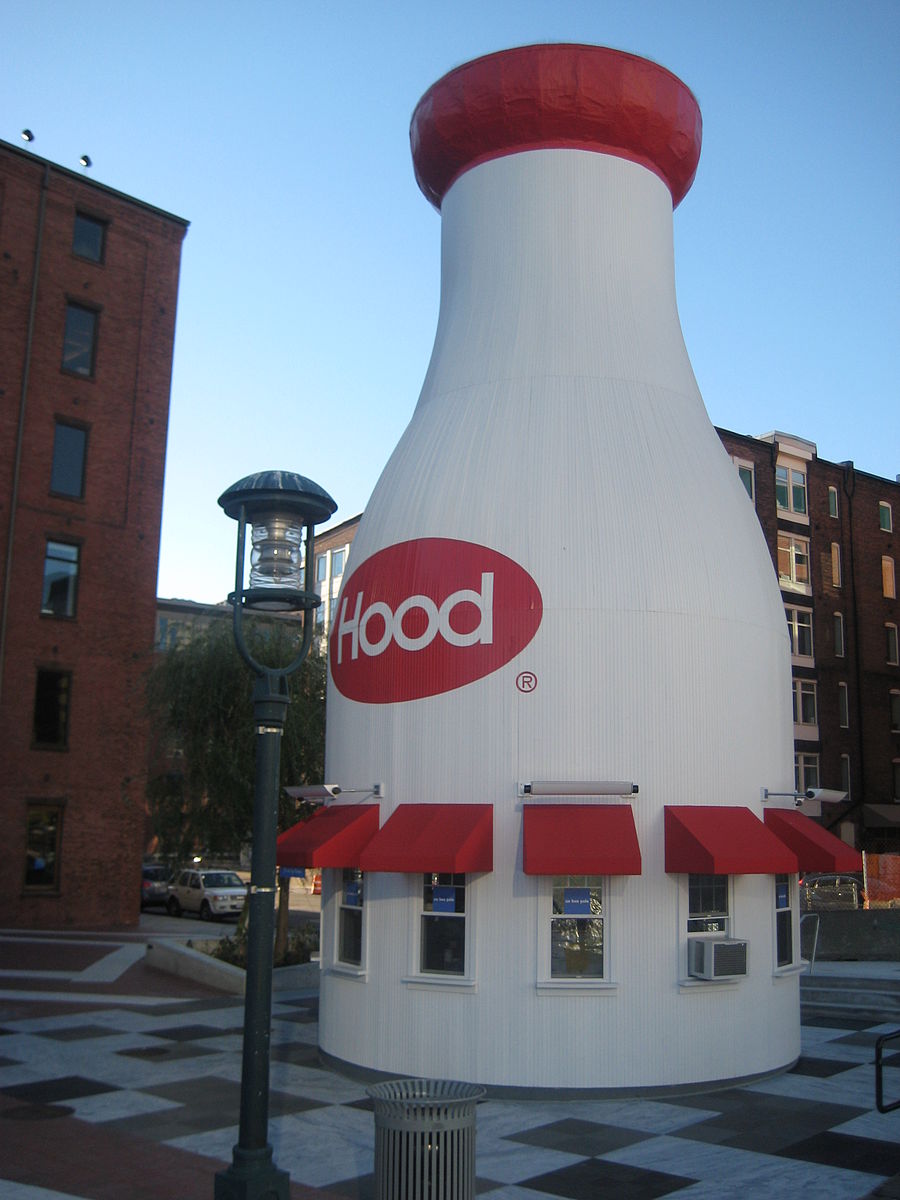 Nothing says “got milk” like a milk bottle-shaped building. But, believe it or not, it was once used to sell ice cream. According to Boston.com, Arthur Gagner built the quirky landmark in 1934 and used it to sell ice cream on Route 44 in Taunton. After being abandoned for quite some time, The Hood purchased the building (if you can even call it that) and donated it to Boston Children’s Museum.

Next: Can you believe this is actually a parking garage? 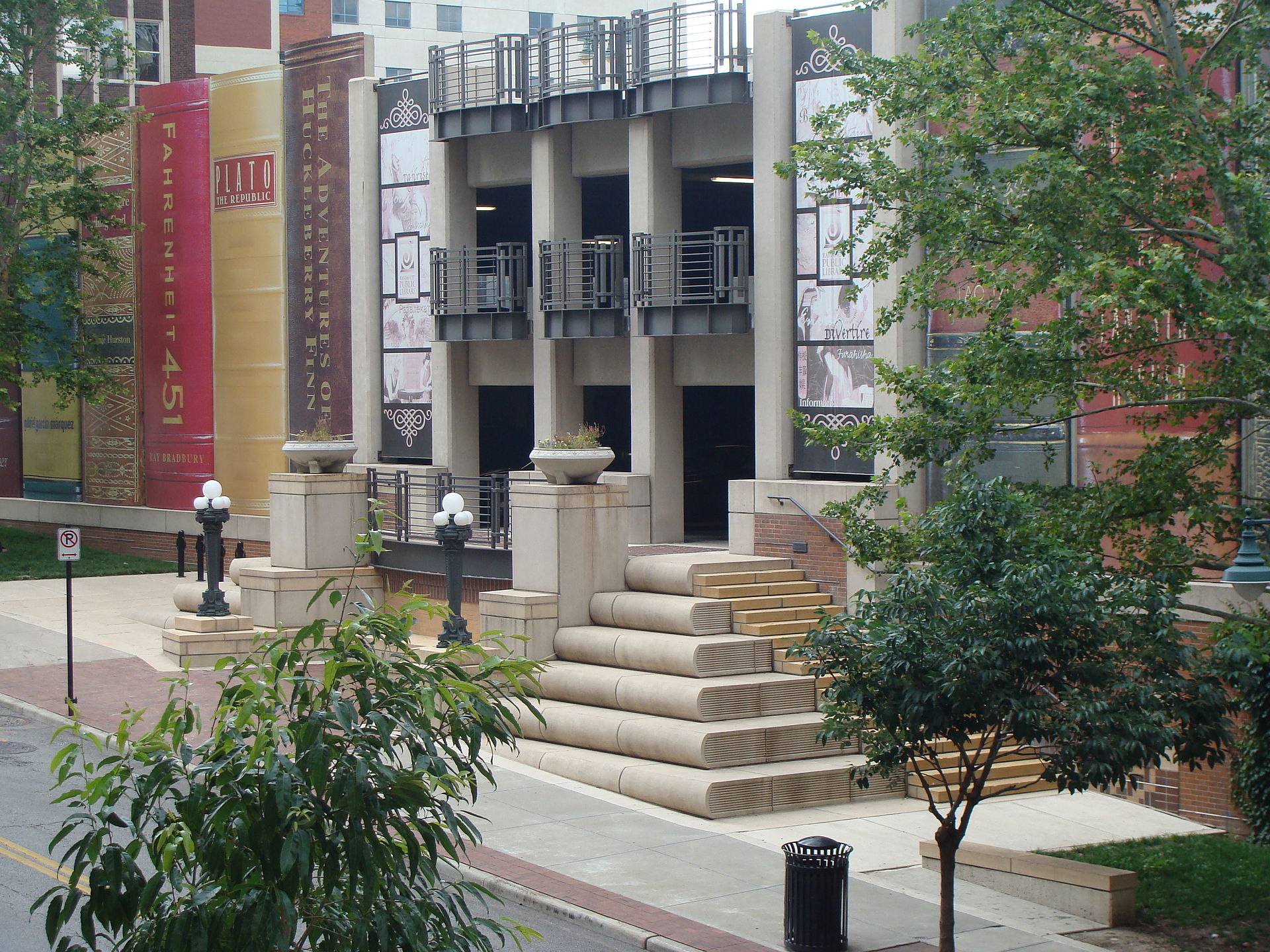 It adds a new level to your love for books. | Nightryder84/Wikimedia Commons

Next: This prehistoric building is a road trip must-see. 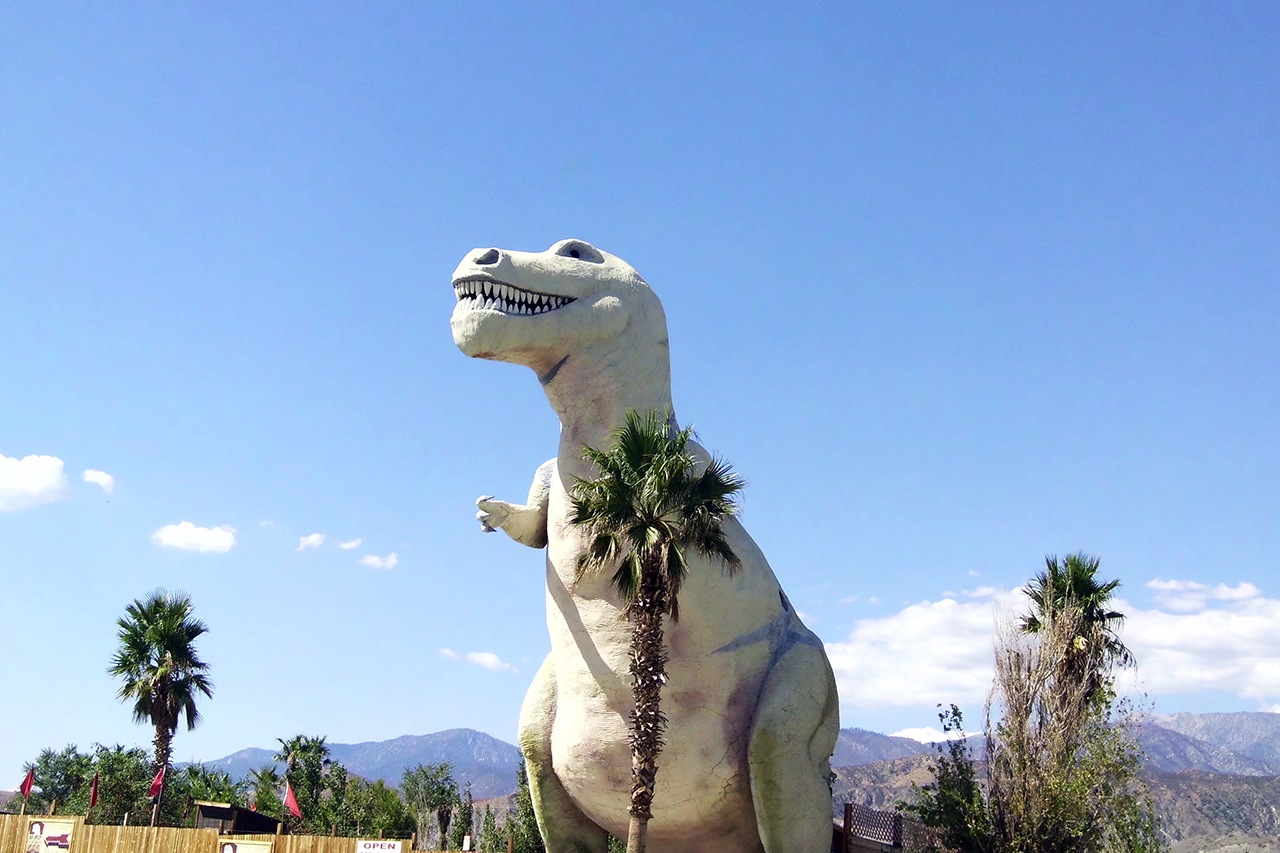 If you’re road tripping through the California desert, the Cabazon Dinosaurs are a must-see. The giant Sauropod statue is actually a gift shop — stocked to the neck with dinosaur souvenirs, of course — and the Tyrannosaurus Rex has its own museum with over 50 dinosaurs, fossils, a dinosaur dig, and more.