The Most Bizarre Gifts Donald Trump Has Received During His Presidency, Revealed

In the name of diplomacy, gifts are given to United States presidents all the time. For instance, the president of Australia once gifted Obama a surfboard, and Saudi Arabia once gifted Obama’s daughters $80,000 in jewelry sets. So even though President Trump may not be the most-loved U.S. president of all time, that simple fact does not imply that nations around the world aren’t showing him a little love. Follow along to see the most bizarre gifts Donald Trump has received during his presidency so far. 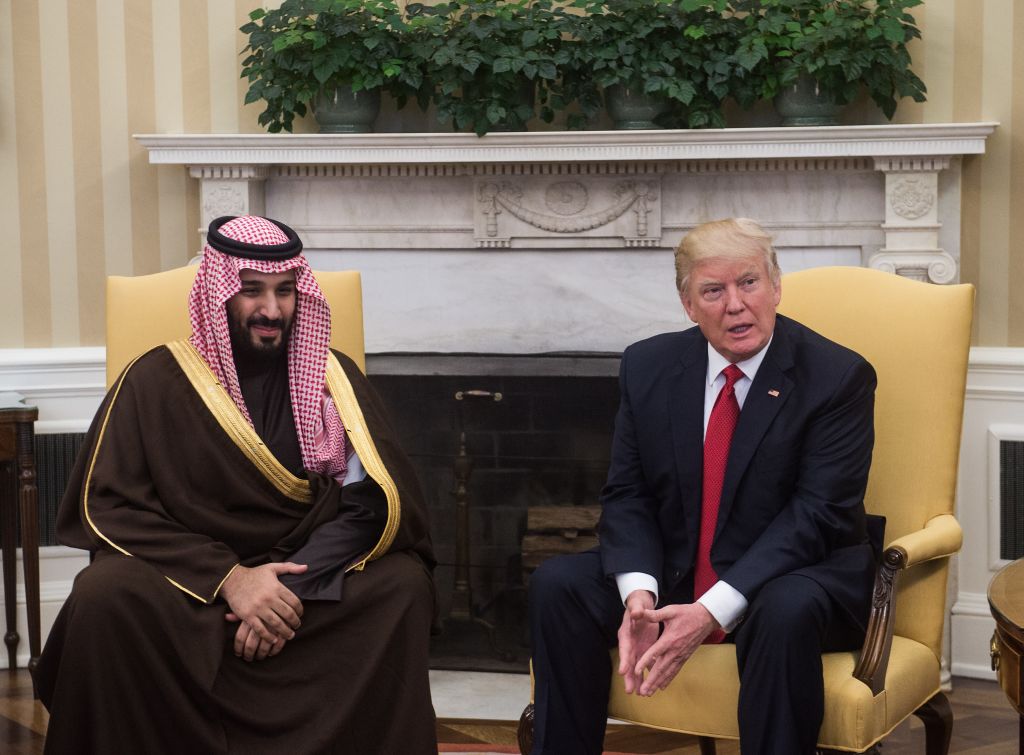 When President Trump trekked over to the middle east in May 2017, Saudi Arabia pulled out all of the gift-giving stops. And by all the stops, we mean exactly 83 of them. Amongst the many gifts, one of them stood out as being particularly unusual. Mr. Trump received a wool robe lined with actual cheetah fur. Considering the vulnerability of the animal, it would come as no surprise that many animal activists find the gift to be extremely offputting.

Next: Find out what else Saudi Arabia gifted Trump.

2. Also, lots of daggers and swords from Saudi Arabia 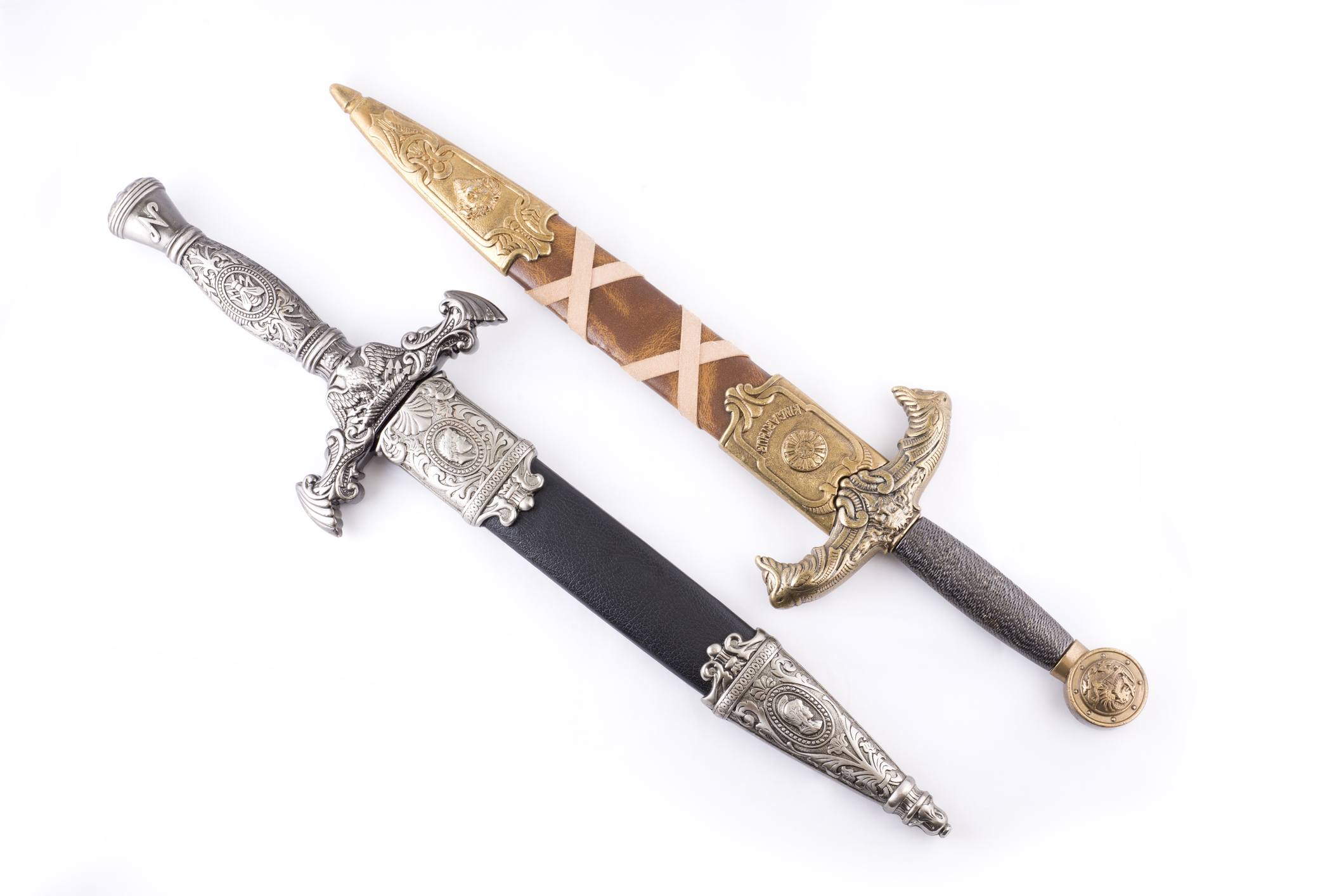 No word on how he’ll use them. | JmaxStudio/iStock/Getty Images

Besides the cheetah robe, various pieces of artwork, and a few pairs of leather sandals, President Trump also received a healthy amount of daggers and swords from Saudi Arabia. It’s unclear how the president will put these weapons to use, taking into account that he does not personify the most outdoorsy of men, nor does he emulate the renaissance type. Nevertheless, Air Force One was packed to the gills when it arrived back in the United States.

Next: The valuable memoir of a wretched time

3. The journal of a Holocaust survivor 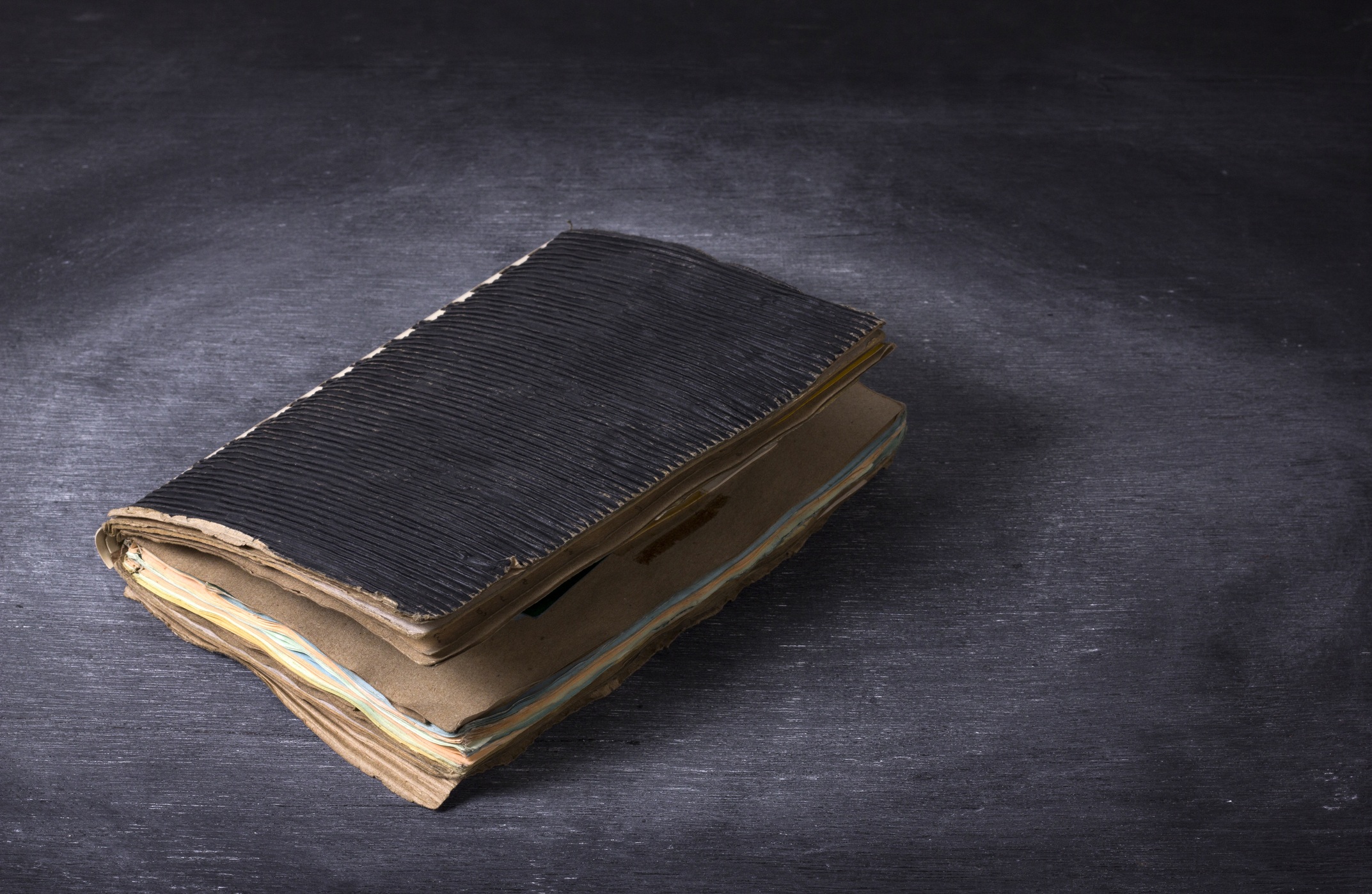 The president was given a journal with the story of a Holocaust survivor. | Sorayut/iStock/Getty Images

Ester Goldstein is a survivor of the Holocaust. During the portion of her life that was spent in Nazi Germany, Goldstein journaled her experiences and inevitably opened many individuals’ eyes to the horrendous details of her journey. While President Trump was in Israel in 2017 (of all places), he received a replica of Goldstein’s journal.

Next: Nothing says Ireland more than this gift.

4. A bowl of shamrocks from Ireland 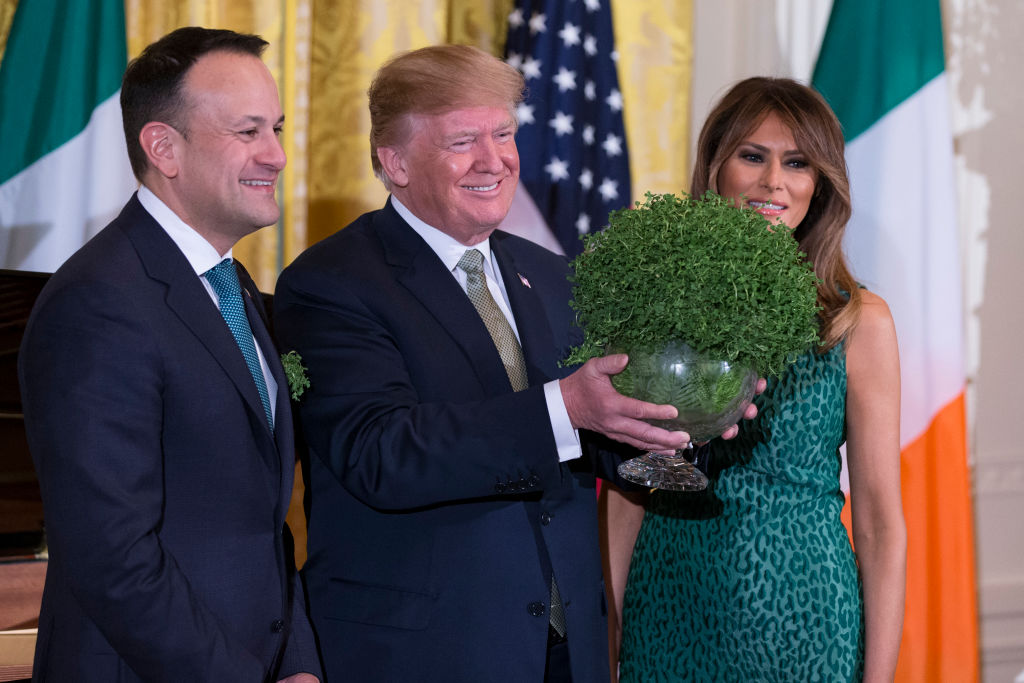 The bowl was filled with traditional shamrocks. | Alex Edelman-Pool/Getty Images

It wasn’t a pint of Guinness that President Trump received during his White House meeting with Taoiseach Enda Kenny. No, instead, the Taoiseach brought a traditional (yet bizarre) shamrock-filled crystal bowl to the Trumps. But this is not just any old crystal bowl. Crafted in Waterford Gaeltacht of An Rinn, the bowl was created by Eamonn Terry, who is the founder and creator of the well-known Criostal na Rinne. The detailed artwork of the shamrock bowl is reminiscent of Ireland’s Book of Kells artwork.

Next: When the Japanese Prime Minister knows the key to Trump’s heart.

Japan knows the key to Donald Trump’s heart, and that key is anything golf-related. That is why the Japanese Prime Minister Shinzō Abe gifted him a $3,755 gold “Honma Beres S-05 with 9.5 degrees of loft with a 5S Armrq Infinity stiff shaft” during a visit to Trump Tower back in November 2016. While the golf club was an obvious act of diplomacy, the Wall Street Journal also believed it was a way for Japan to give the struggling golf company a bit of a boost.

Next: Prior to all that NFL drama, Trump received this.

6. Superbowl ring and personalized jersey from the Patriots 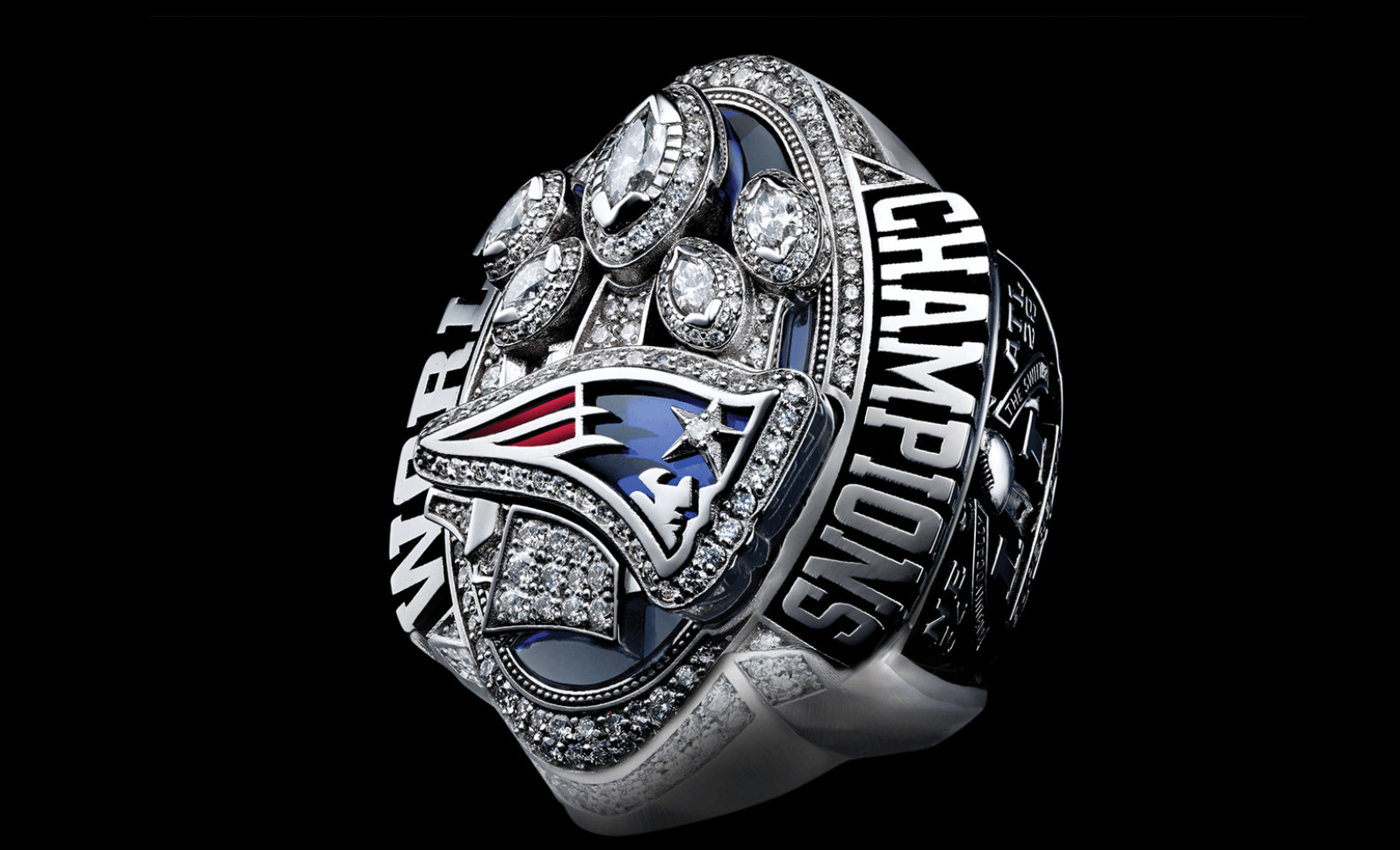 In true Trump fashion, a personalized Patriots jersey and Superbowl ring would not keep the president’s antics at bay. You see, head coach Robert Kraft and the entire team visited the president at the White House, presenting him with the generous gifts. Whether Trump sent an official thank you note makes little difference, considering the president eventually decided to publicly boycott the NFL.

Next: The Brits presented Trump with what?

7. A quaich from the British 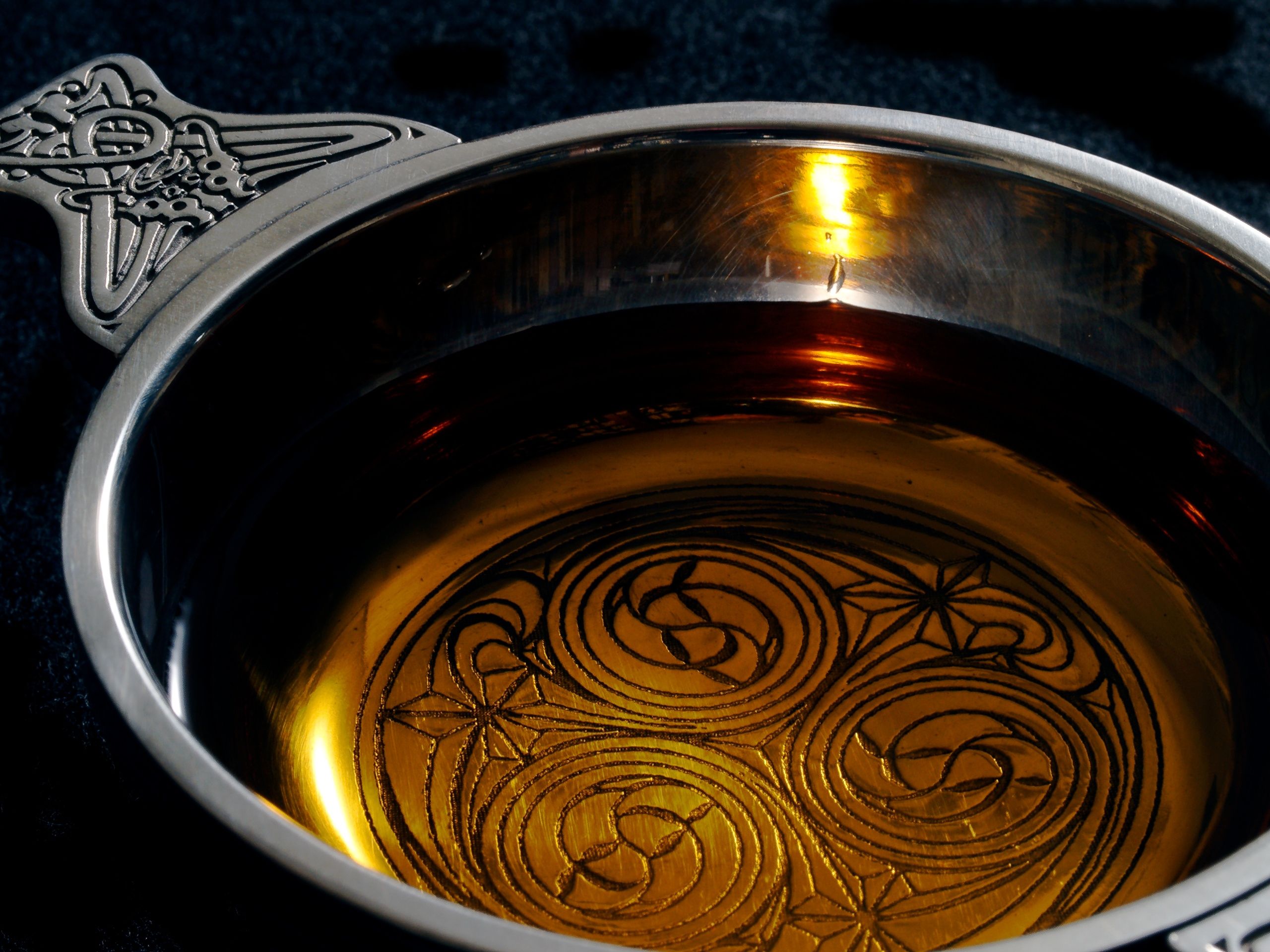 It’s a quaich, but you probably still have no idea what that is. No, it is not a Harry Potter reference. When British Prime Minister Theresa May chose to visit President Trump after his inauguration, she did so with the quaich in hand. Traditionally, the quaich is given to symbolize both a warm welcome and friendship.

Check out The Cheat Sheet on Facebook!
Source: Marie Claire