Keeping pets at the White House has a long and storied tradition, dating back to the very first president. President Donald Trump does not own a pet, citing his busy schedule as a deterrent. He marks one of the first presidents to forego them, even though a longtime acquaintance originally picked one a puppy for him. According to Newsweek, Florida philanthropist Lois Pope and longtime Trump acquaintance picked out a dog for the president. She presented Patton the goldendoodle to Trump and his son Barron at Mar-a-Lago, where she has belonged for 24 years. The president turned down the pooch, and Pope kept him as a companion instead.

While dogs register as the most popular presidential pets, many of the presidents kept very unusual animals at the White House. We ranked the most unusual choices, saving the very best for last. 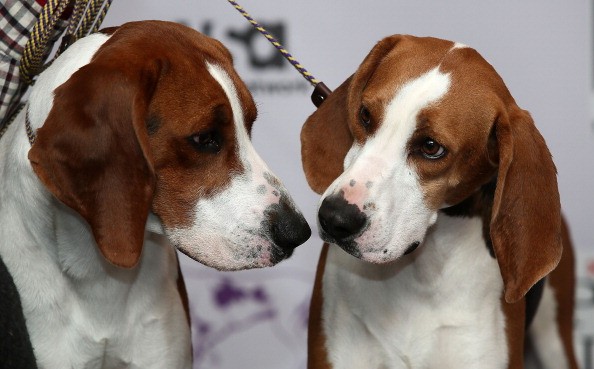 First president George Washington’s journals show a real fondness for dogs, and he owned more than 50 over his lifetime. He gave many of them very unique names, including Drunkard Taster, Tipler, and Tipsy, his coonhounds. His wife Martha also kept a parrot, but no records indicate whether it talked.

Next: This president’s White House had some “fowl” residents. 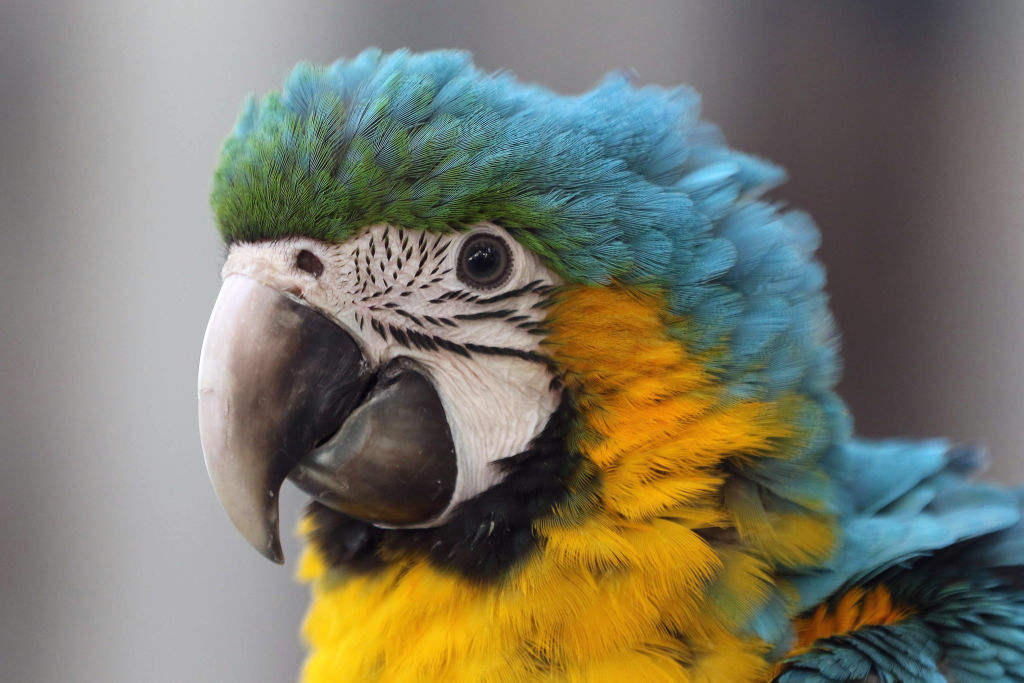 This pet swore so much, it got itself thrown out of a funeral. | Khalil Mazraawi/AFP/Getty Images

According to the presidential pet museum, Andrew Jackson kept some controversial pets. He owned a pair of fighting roosters — not uncommon at the time — but his parrot caused a real stir. During the president’s own funeral, the bird let loose such a string of profanities, it got itself ejected from the ceremony. Presider Rev. William Menefee Norment said the bird shocked the crowd. “Before the sermon and while the crowd was gathering, a wicked parrot that was a household pet got excited and commenced swearing so loud and long as to disturb the people and had to be carried from the house.”

Next: This president’s pets usually live in a more rural setting. 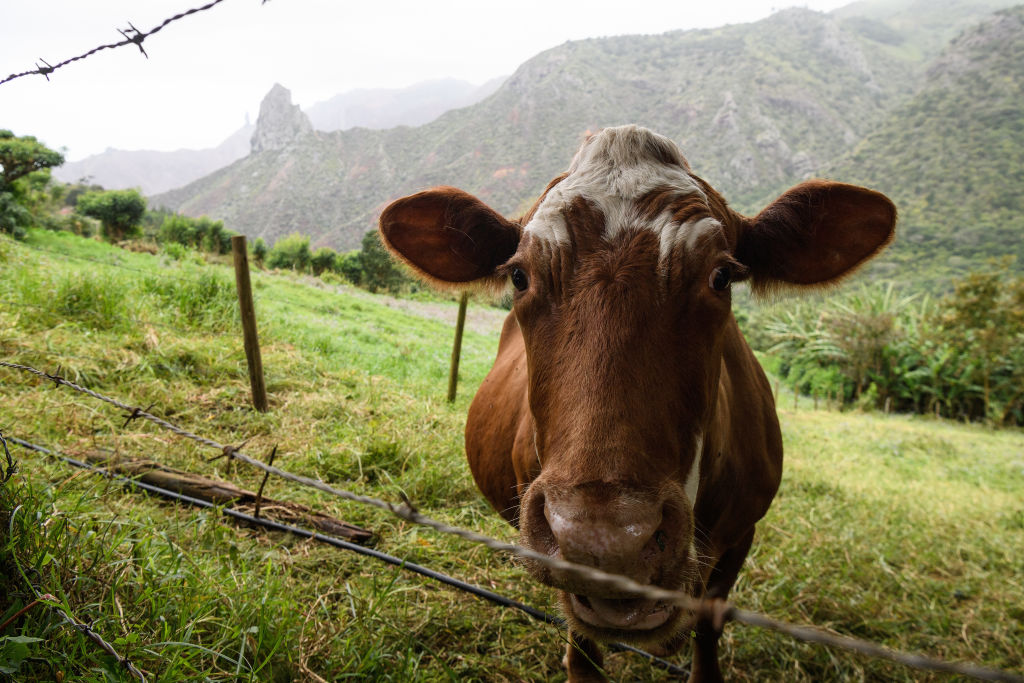 While he did not name his goat, the cow did get a name. | Leon Neal/Getty Images

Both Benjamin and William Henry Harrison owned goats while in office. The latter Harrison did not name his, but for some reason, Sukey the cow did earn a moniker. He died of pneumonia just 32 days after taking office making his the shortest presidential tenure in history.

Next: This famous president loved cats and this other unusual critter. 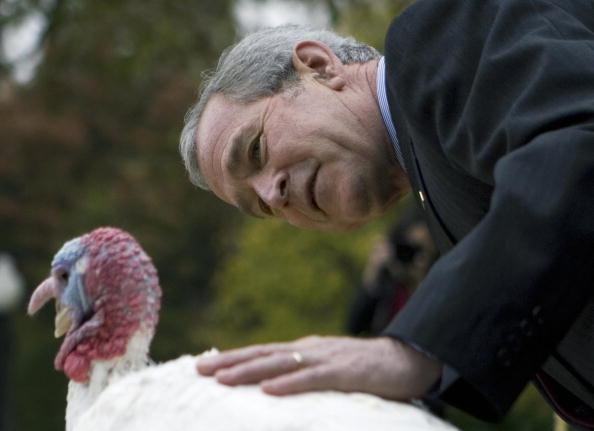 According to the National Park Service, Lincoln loved cats so much, his wife called the animals his hobby. He pardoned the turkey sent to the White House for their Thanksgiving dinner, kicking off a long tradition. He also owned a horse named “Old Bob,” who walked riderless with backwards stirrups in the president’s funeral to signify the nation’s loss.

Next: Most people do not consider these animals pet material. 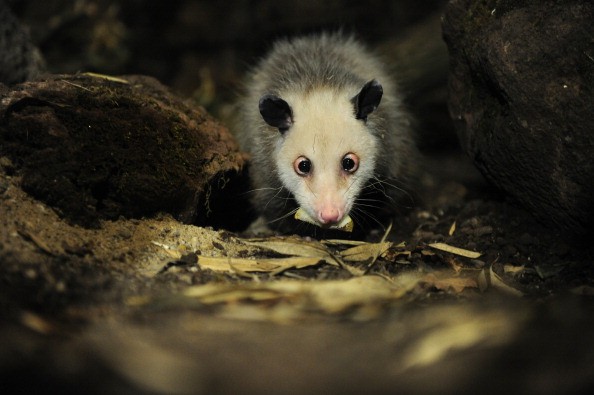 Opposums do not seem like the most likely pets. | Johannes Eiseles/AFP/Getty Images

This president kept two opposums named Mr. Reciprocity and Mr. Protection. At the time, the platform of the Republican party was “Protection and reciprocity are twin measures of Republican policy and go hand-in-hand.” The well-loved marsupials enjoyed free reign at the White House, along with the family dogs.

Next: Harrison’s pets aren’t the only ones with unusual names.

10. William McKinley named his parrot after a newspaper 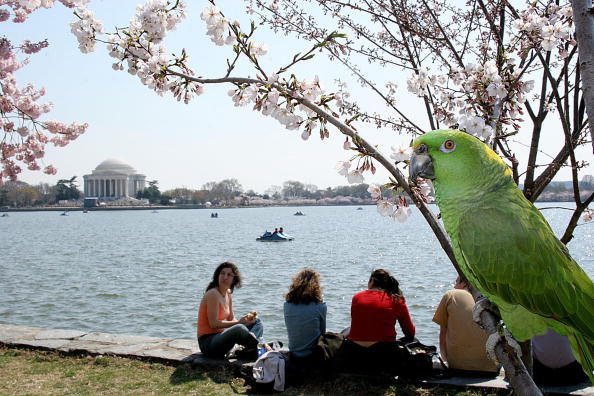 This president named his amazon parrot The Washington Post and appointed it as the White House official greeter. The patriotic bird could also whistle “Yankee Doodle Dandy.” McKinley would whistle the opening bars of the song, and Washington Post finished the tune. While the newspaper was still in its early days then, the president and its founder may have been friends, given McKinley’s welcoming attitude toward the press.

Next: This president’s pet is now a patriotic symbol. 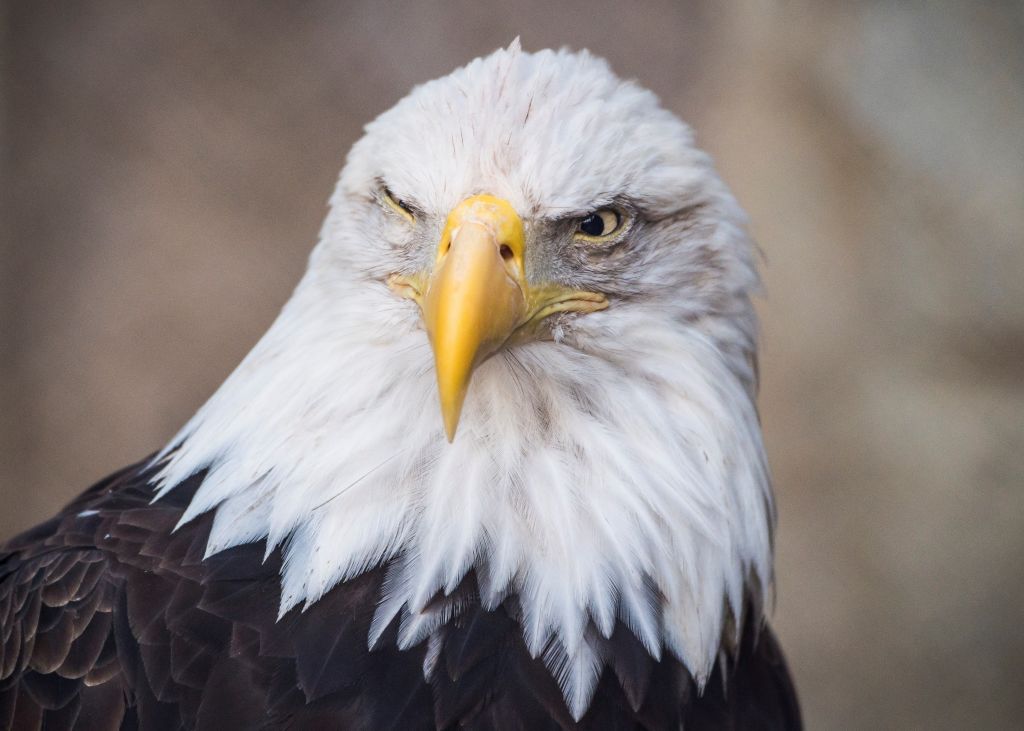 Bald eagles do not look like the friendliest animal companions. | Mladen Antonov/AFP/Getty Images

This president kept a pair of eagles in cages on the back porch of the White House, although he later sent them to his home in Lancaster, Pennsylvania. While they lived in cages, they did not spend all of their time there. The pair reportedly flew around the area as they wished, although they never strayed too far from home.

Next: This president quickly went from annoyed to concerned with regard to this pet. 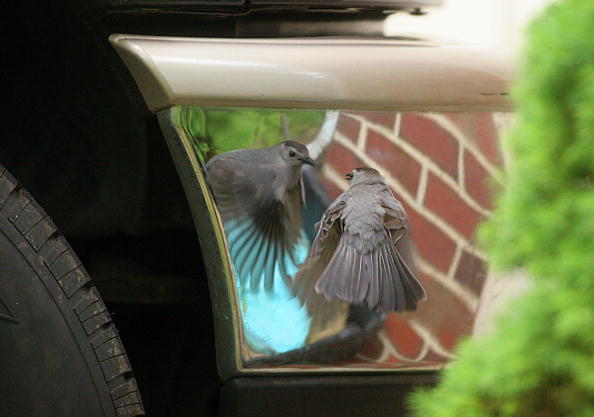 A mockingbird attacks its reflection. The bird thought he was fighting a rival moving in to its territory. | Karen Bleier/AFP/Getty Images

This president kept dogs, fish, and ponies, but mockingbirds and canaries marked the most unusual pets. The birds actually belonged to Grover Cleveland’s wife, Frankie, and the president did not love them all the time. According to White House Pets, “One evening when he was up late working, the mockingbird’s antics kept interrupting his concentration. He had the bird moved. Sudden silence and the fact that the bird might have been placed in a draft worried him even more.” An aide spent the night trying to find a place where the bird would not catch cold or disturb the boss.

Next: This president’s pet is also a state symbol. 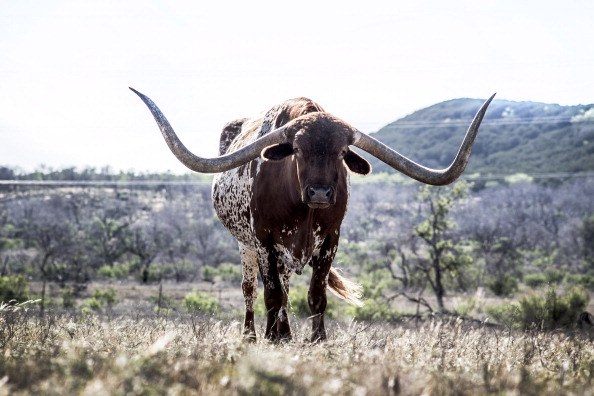 A longhorn cow like this one lives at George W. Bush’s ranch. | Dean Treml/Red Bull via Getty Images

While the Bush family’s dogs earned spots in America’s hearts, they aren’t the most unusual pets. George W. Bush owns a ranch in Texas called Prairie Chapel Ranch which people often called the “Western White House” during his tenure. There, he keeps his pet longhorn, Ofelia. 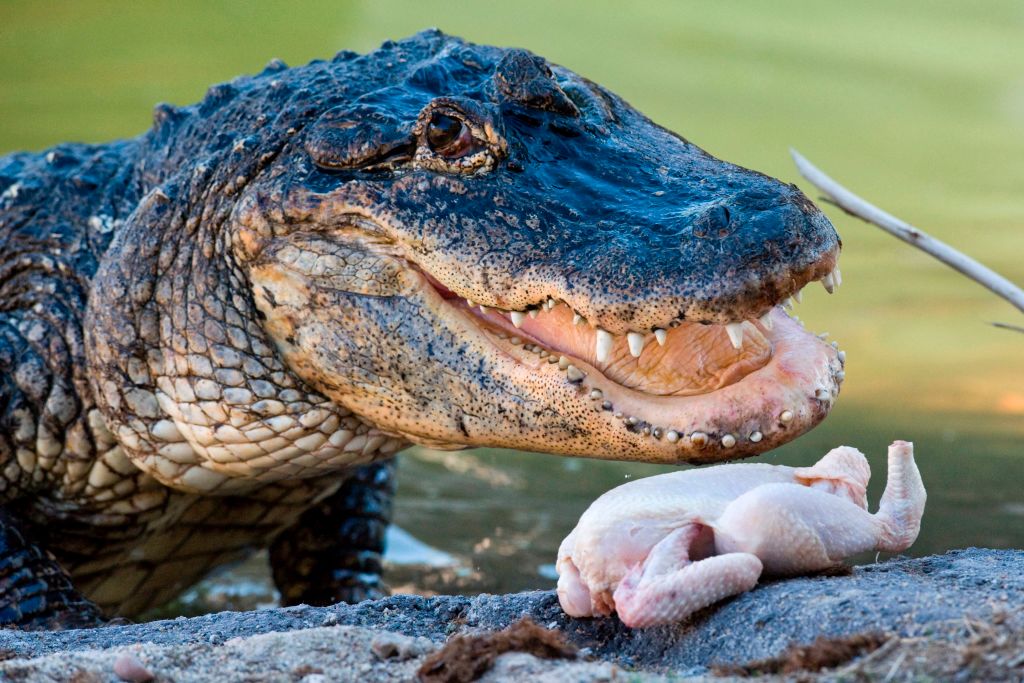 Alligators do not make good pets, but that did not stop this president. | Thierry Zoccolan/AFP/Getty Images

When John Quincy Adams received an alligator as a gift from a general, he installed it in the yet-unfinished East Room’s bathroom and bathtub. The reptile only spent a few months at the White House before it found a more appropriate home. He also kept silkworms, for reasons unknown.

Next: Adams didn’t keep the only presidential alligator. 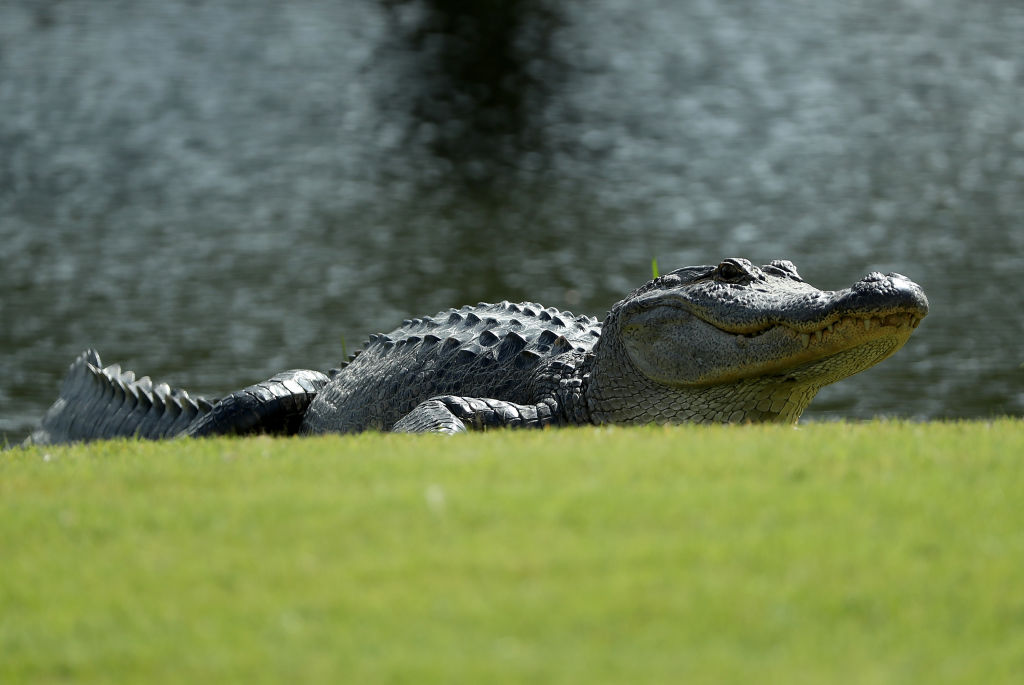 We repeat: Alligators do not make good pets. Do not try this at home. | Sam Greenwood/Getty Images

Herbert Hoover kept a number of pets, but his son Allan’s pair of alligators raised the most eyebrows. According to the Herbert Hoover Presidential Library and Museum, the alligators normally lived in a bathtub, but often escaped. In 1921, letters between First Lady Lou Henry Hoover and her secretary Philippi Harding showed that Allan and his father built a pond for the alligators at the Hoovers’ second residence. They discussed a second pond after the alligators chewed the tops off the water lilies. “Beauty and the Beast are not congenial,” Harding wrote. The alligators later got donated to the Smithsonian Zoo.

Next: This president also liked his dangerous pets. 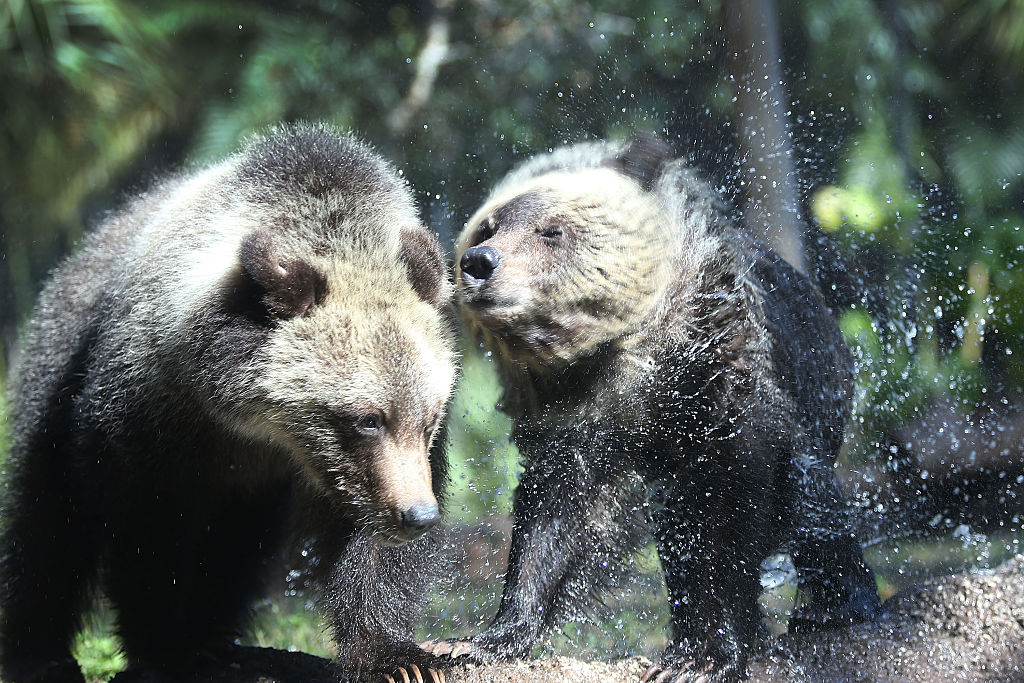 The president received two Grizzly bear cubs from an expedition to the Continental Divide, after explorer Captain Zebulon Pike came across them. Jefferson, who knew how big the babies would get from the Lewis and Clark accounts, decided to send them to a museum in Philadelphia. It took several months to arrange a transport, during which time the bears briefly lived in an enclosure on the White House lawn. Both bears eventually had to be put down, after breaking free of their cages and terrorizing the Peale family, who ran the museum.

Next: This presidential family kept quite a menagerie. 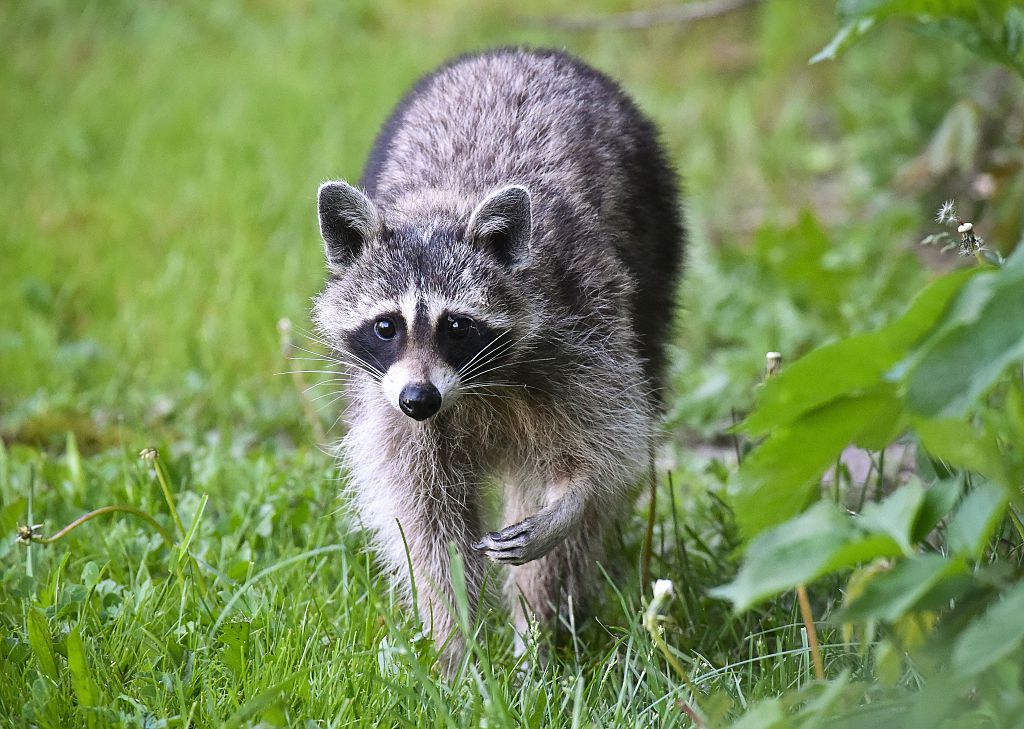 Among the animals Coolidge kept was a raccoon. | Patrick Pleul/AFP/Getty Images

Calvin Coolidge owned quite a few unusual pets. Rebecca the raccoon initially arrived as dinner, but Coolidge’s wife saved her as a pet. Tax Reduction and Budget Bureau the twin lion cubs arrived as gifts from Johannesburg, Africa. Billy the pygmy hippo, a wallaby, and a tiny antelope all passed through the White House, later ending up at the zoo. Enoch the goose, Smokey the bobcat, and black bear joined a host of dogs, cats, and birds in the presidential menagerie, as well.

Next: The next pets may have scared visitors. 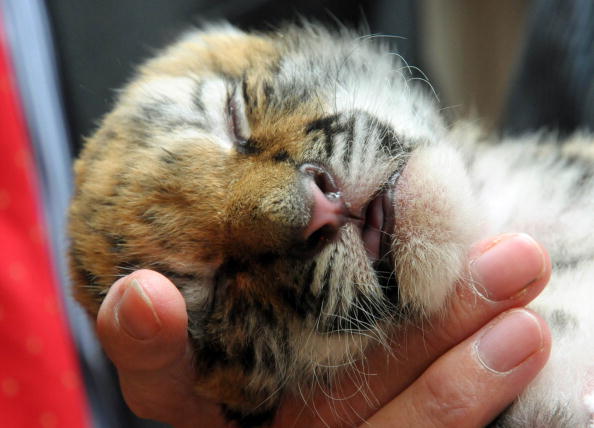 A sultan sent this president two tigers like this one. | Horst Ossinger/AFP/Getty Images

The sultan of Oman gave Martin van Buren a pair of tiger cubs, and he immediately began planning to add them to the White House household. However Congress disagreed. Van Buren argued with Congress to keep his pets, but they ended up heading to the zoo anyway.

Next: This president takes the cake for best pets. 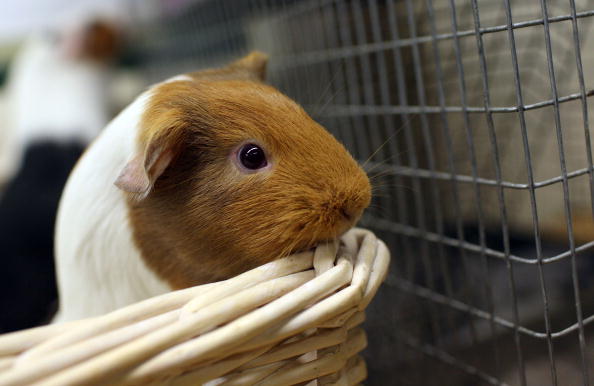 Many guinea pigs with interesting names rounded out this zoo. | Justin Sullivan/Getty Images