The Most Dangerous Caribbean Islands and Countries You Can Visit

For millions of Americans, the Caribbean is a dream vacation destination. Sky blue waters, white-sand beaches, and a laid-back tropical vibe make for the ideal getaway. But a less-pleasant reality sometimes lurks behind the picture-perfect image.

Like any place, the Caribbean has its dark side. Poverty and crime happen in paradise too, though often away from the sun-glazed eyes of tourists. But sometimes, violence and vacations intersect, as they did in Cancun recently, when authorities discovered eight bodies in remote areas of the popular resort city on the Caribbean Sea. Cancun has seen a spike in violence in recent months, and though vacationers are rarely targeted, concerns about crime have had an impact on tourism.

While much of the Caribbean is perfectly safe for cruise ship day-trippers and resort-bound honeymooners, there are some areas where increased caution is warranted. These are the most dangerous Caribbean islands and countries, based on warnings from the U.S. State Department and crime statistics.

Jamaica is the sixth-most popular international destination for U.S. travelers, but the State Department warns visitors to use caution in the country, especially when visiting certain areas.

Spanish Town, as well as parts of Kingston and Montego Bay, should be avoided because of crime. “Sexual assaults occur frequently, even at all-inclusive resorts,” warns the U.S. government. In 2017, six U.S. citizens were murdered in Jamaica, 20 were robbed, and 12 were raped or sexually assaulted, according to the Overseas Security Advisory Council.

The No. 2 destination for Americans traveling abroad, the Dominican Republic is generally safe. But visitors should be extra cautious, the State Department warns. To stay safe, keep aware of your surroundings, avoid obvious displays of wealth, and don’t resist if someone tries to rob you.

Crime and terrorism are concerns in Trinidad and Tobago, where the State Department says U.S. citizens should stay extra alert to stay safe. Visitors should avoid Laventille, Beetham, Sea Lots, Cocorite, and the interior of Queen’s Park Savannah in Port of Spain.

The Canadian government notes that violent crime is a far bigger concern on Trinidad. Cruise ship passengers should be careful if they’re visiting the Port of Spain. The sister island of Tobago is relatively safe. 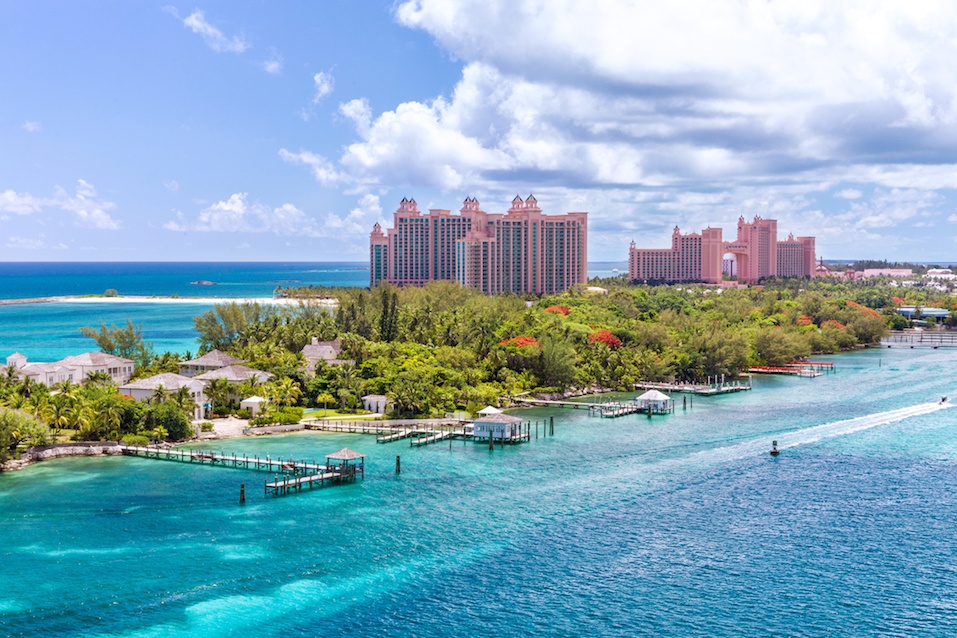 Technically, the Bahamas aren’t part of the Caribbean, though this island archipelago is often grouped with the region and is a popular stop on Caribbean cruises. Violent crime can be an issue even in tourist areas, warns the State Department. Jet-ski operators have sexually assaulted tourists, and visitors should avoid the “over the hill” area in Nassau after dark.

Puerto Rico’s capital of San Juan pops up on the list of most violent cities in the world, with a murder rate of 48.7 per 100,000. (Though high, that murder rate is still lower than that of mainland U.S. cities Detroit and St. Louis.) Most areas that tourists visit are safe, however. Puerto Ricans will also welcome your dollars as the island is still recovering from last year’s devastating hurricane.

Tourists should be cautious in Belize because of crime. The tiny country is a popular and pretty destination, but it actually has one of the highest murder rates in the world. Most homicides happen in Belize City and tourists are rarely targeted, though there have been a few high-profile murders of vacationers. In 2016, a producer at an ABC affiliate station in Chicago who was killed while on vacation and a former U.S. marine and his girlfriend were murdered in 2017.

Mexican tourist destinations like Acapulco, Los Cabos, and Mazatlan are among the most violent cities in the world. On the Caribbean coast things seem a little safer, though the State Department does suggest that tourists use extra caution in the state of Quintana Roo, which is home to Cancún, Cozumel, Playa del Carmen, Tulum, and the Riviera Maya. Most violence is related to turf battles between criminals, and sometimes crime occurs in areas frequented by tourists.

The U.S. government urges citizens to reconsider travel to Haiti – the second-highest travel warning it issues. Crime and violent protests pose a risk to visitors. Travelers have been targeted and attacked shortly after arriving at the Port-au-Prince airport.

The State Department also suggests that U.S. citizens reconsider travel to Honduras. The country has one of the highest murder rates in the world. While tourist areas like Roatán are less violent than other parts of the country, they’re not crime-free. Since 2010, 52 U.S. citizens have been murdered in Honduras.

U.S. citizens should avoid traveling to Nicaragua because of crime, civil unrest, and limited availability of health care, says the State Department. Violent protests have rocked the country and the U.S. has evacuated non-essential government personnel. In any case, the country’s Caribbean coast isn’t terribly appealing – Frommer’s calls it a “dense and inhospitable plain of tropical forest — impenetrable and very wet,” though the Corn Islands are an exception. If you want a relaxing beach vacation, look elsewhere.

In case you haven’t been following the news, now is not a good time to be vacationing in Venezuela. Crime, violent protests, and shortages of food and medicine make for an incredibly unstable situation. While the country’s Caribbean coast boasts “unspoiled bays and isolated hamlets,” according to Fodor’s, you’re probably better off waiting to explore them until things calm down.