The Most Powerful Cults: Dark Secrets of American History

Most Americans associate cults with creepy rituals, weird religious beliefs, excessive tithing, and bizarre crimes. But what you may not know is that there have been many powerful cults in American history. And some of these cults have effected lasting changes on the country. As The Los Angeles Times notes, “the United States has long been a hotbed of sectarian enthusiasm.” And Vice notes that even today, cults are more prevalent and sophisticated than you’d think.

Read on to learn about the powerful cults that have made a major impact on the United States over the years. 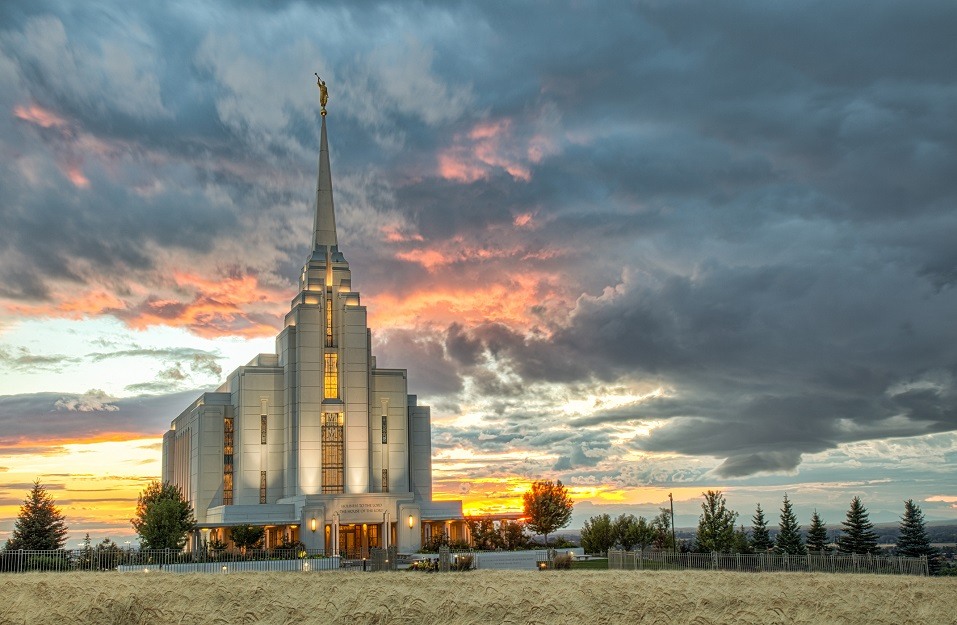 Some offshoots are more cult-like than others. | Bret-Barton/iStock/Getty Images

Many Americans have referred to Mormonism as a cult. (Yet specific offshoots, like the Fundamentalist Church of Jesus Christ of Latter-day Saints, may better qualify as cults than the mainstream Church of Jesus Christ of Latter-day Saints.) As Slate notes, Mormons have a supreme leader. They can be ordered to shun any member. Plus, Mormons have distinctive rituals. They are very disciplined when it comes to sex, alcohol, nicotine, and coffee. Additionally, the church can be harder to leave than to join. And interestingly enough, it has a surprising amount of political power.

The founder of the church, Joseph Smith, “claimed to have been shown some gold plates on which a new revelation was inscribed in no known language,” Slate reports. History explains that in 1830, Smith established his church. He quickly attracted criticism for practices such as polygamy (and was later murdered). Slate notes that recently, the church was caught “praying in” deceased people. It even admitted Jews put to death by the Nazis’ Final Solution as honorary members. That may not make it a cult. But the practice certainly didn’t sit well with many people. 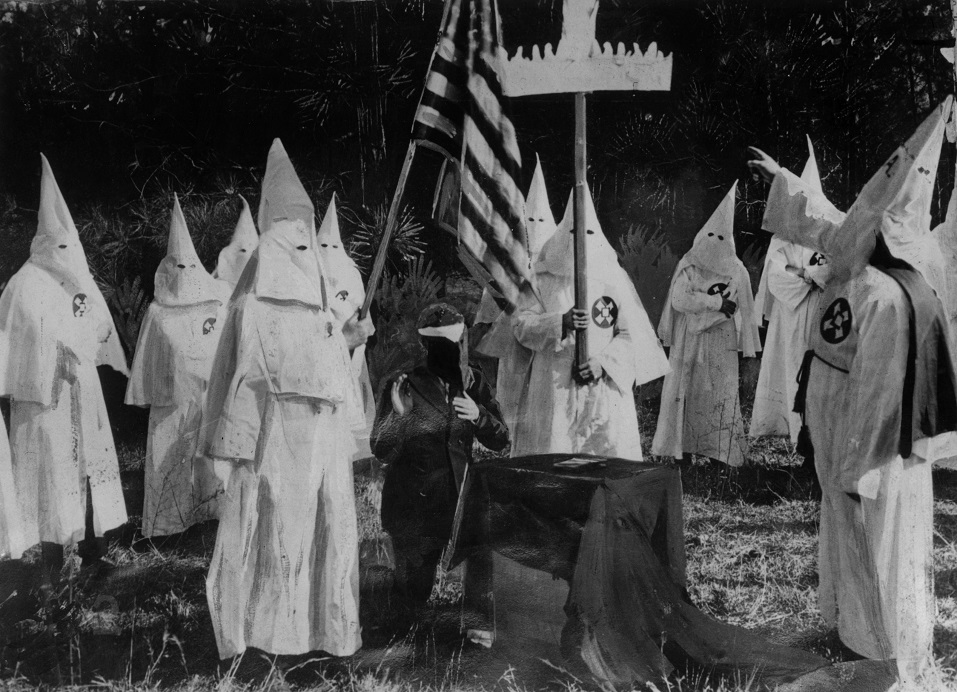 They’re as much of a cult as a terrorist organization. | Topical Press Agency/Getty Images

The Southern Poverty Law Center (SPLC) refers to the Ku Klux Klan as America’s first terrorist organization. But what many Americans haven’t thought about is that the group probably numbers among the most powerful cults in U.S. history. (Experts define cults as groups that oppose critical thinking, isolate members, and seek inappropriate loyalty, among other things). In his book “Rituals of Blood: Consequences of Slavery in Two American Centuries,” historian and sociologist Orlando Patterson refers to the Ku Klux Klan as a heretical Christian cult.

As the SPLC reports, the group originated in 1865 in Pulaski, Tennessee. Its hooded members met in secret. They kept their faces hidden. And they practiced elaborate rituals and initiation ceremonies. They sought to undermine Reconstruction and steadily became more violent. In 1867, the group settled on white supremacy as its fundamental creed. Through threats, violence, and demonstrations, the Klan sought to instill fear in black Americans (and later in its history, Jews and white civil rights workers). 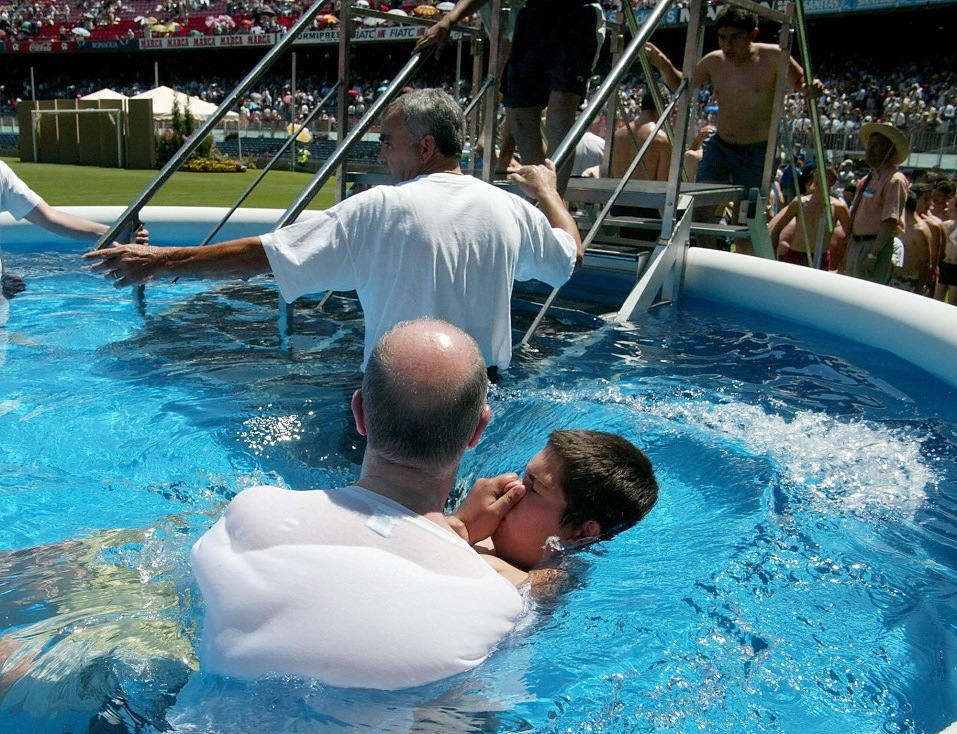 Their goal is to convert as many as possible. | Cesar Rangel/AFP/Getty Images

The Watch Tower Society, better known as the Jehovah’s Witnesses, emerged out of the Adventist movement. Adventists believed that Jesus Christ would return in 1843 or 1844. Christ didn’t return as predicted. So Adventists divided into a number of factions. One of them was the International Bible Students Association, founded in 1872 by Charles Taze Russell. Russell denied the divinity of Jesus and the existence of Hell. He formed the Watch Tower Bible and Tract Society of Pennsylvania in 1884 as he gathered followers.

Russell’s successor changed the name of the group to Jehovah’s Witnesses, and molded the Witnesses into dedicated evangelizers. The church, which often makes the list of American cults, still operates today. Members, who make up less than 1% of U.S. adults, believe that they are living in the “last days” before the establishment of God’s kingdom on earth. Jehovah’s Witnesses refuse to serve in the military and don’t participate in public elections. They also carry out door-to-door evangelism, for which many Americans deride them. 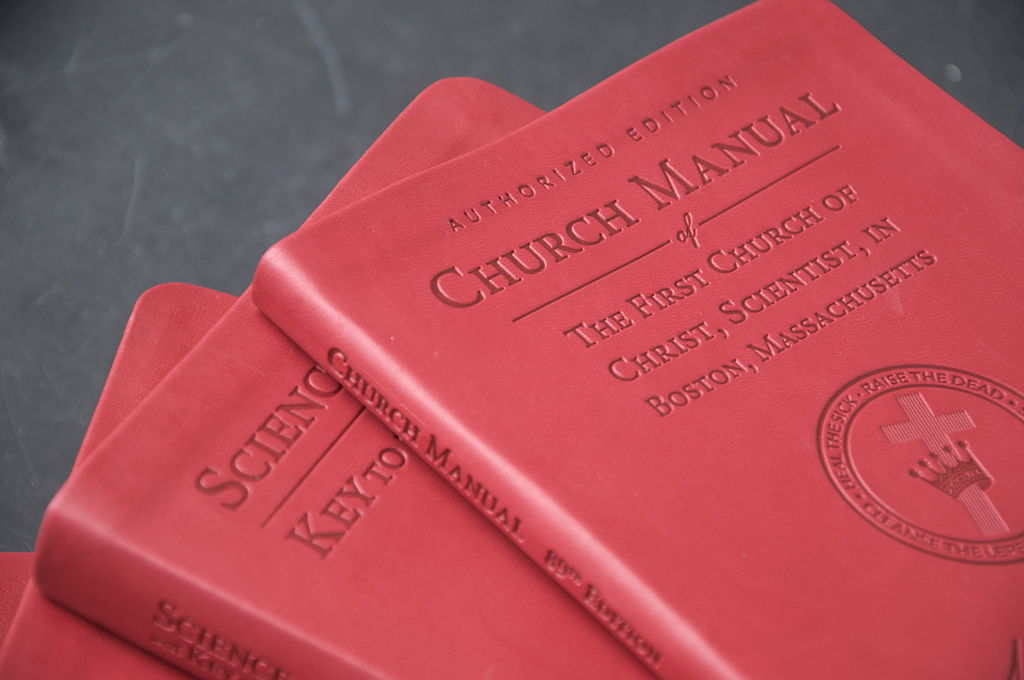 Christian Science has been branded a cult thanks to its “paranoid, secretive” practices. Mary Baker Eddy established the group in 1879. The church became widely known for its controversial teachings on spiritual healing. Eddy rejected the idea that God created matter. In fact, she professed that in Jesus Christ’s victory over death, we have proof that people can overcome the “limitations of the mortal state.” Eddy regarded the material world as an illusion and its misfortunes as a result of spiritual error.

As CNN reports, the sect even today has prohibitions against conventional medical care. These prohibitions have led to avoidable deaths of children. The group has long wielded considerable influence among elected officials. And as Brittanica notes, this relatively small movement ” has had significance out of proportion to its size. The encyclopedia notes that Christian Science’s “major impact on the world has come from its ministry of spiritual healing.” 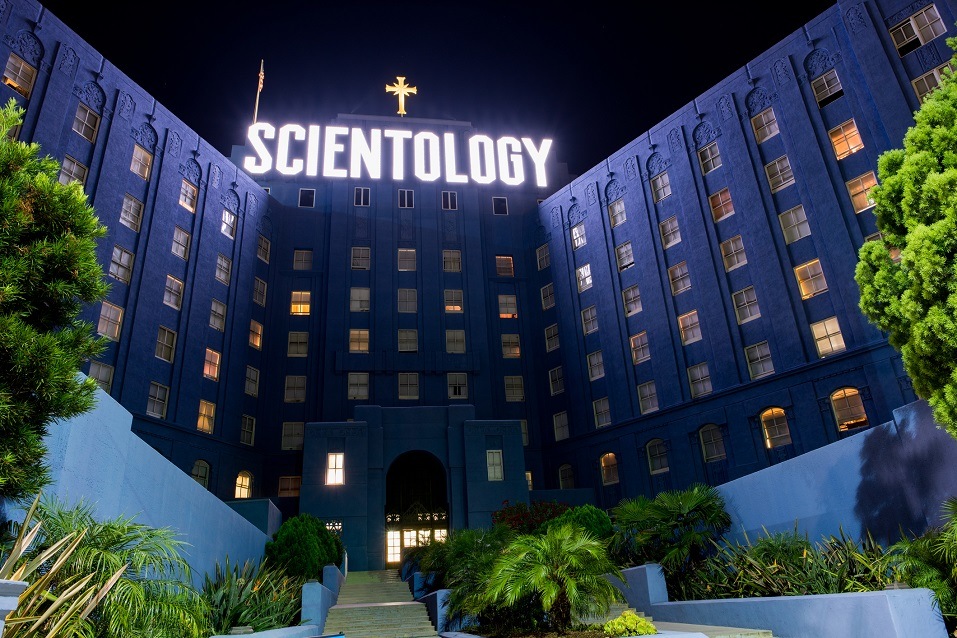 The only ones who don’t think it’s a cult are Scientologists. | MichaelGordon1/iStock/Getty Images

Few Americans would hesitate to add Scientology to the list of cults. It describes itself as a religion, established in 1954 by L. Ron Hubbard. CNN reports that “At the core of Scientology is a belief that each human has a reactive mind that responds to life’s traumas, clouding the analytic mind and keeping us from experiencing reality.” Scientologists go through a process called auditing to find the source of the trauma. They try to relive experiences from current and past lives to neutralize them. The goal? To work toward a spiritual state called “clear.”

Both the medical community and the scientific community have challenged Scientology’s legitimacy as a religion. But that hasn’t kept it from becoming a powerful force — if only among Hollywood celebrities. Nonetheless, its power in the entertainment industry has reportedly begun to wane. Many have accused the group of operating more like a cult than a church. And accusations of “brainwashing, girlfriend auditioning, indentured servitude, bans on reproduction, and even homicide” haven’t helped its reputation. 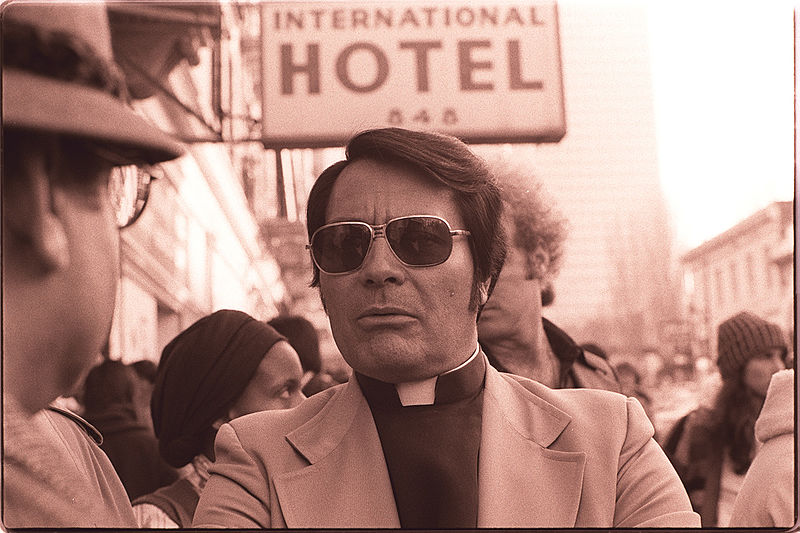 Vice reports that the Peoples Temple qualifies as the deadliest cult in American history. Most Americans know the story. Jim Jones established the Peoples Temple, ostensibly a Christian sect, in Indiana in the 1950s. He preached against racism and attracted a sizable following. In the 1970s, accusations of financial fraud, physical abuse, and mistreatment of children surfaced. So an increasingly-paranoid Jones asked his congregation to move with him to Guyana. There, he promised to build a socialist utopia.

In reality, residents of “Jonestown” worked long days in the fields. Jones subjected them to harsh punishments and confiscated their savings and passports. He also forced them to participate in mock suicide drills. Jones believed that the U.S. government was out to destroy him. And he spread false news that the U.S. had descended into a state of racial segregation. Jones then commanded more than 900 people to commit mass suicide in an event that remains “seared into the national memory” of the United States, a darkly powerful legacy. 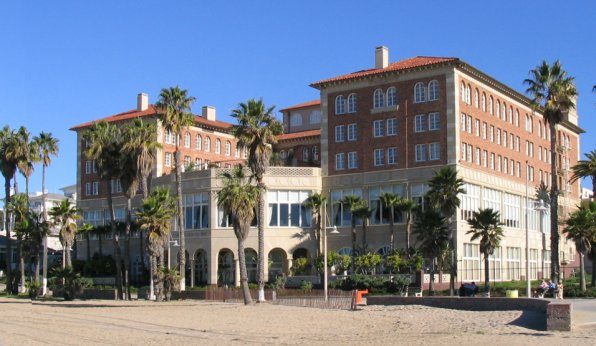 Synanon founder Charles E. Dederich spent two decades as a barely-functioning alcoholic. Then, he joined Alcoholics Anonymous. He disliked only one fact about the organization: that it didn’t accept people addicted to other substances. Dederich created his own group to treat all kinds of addicts, and called it Synanon. But a dark side soon emerged. It started with a brutal form of therapy called The Game. In The Game, people sat in a circle to shout their frustrations at each other for up to 48 hours at a time.

Dederich sought to “break” new members through isolation, humiliation, labor, and sleep deprivation. Yet Hollywood elites and musicians came to regard the Synanon house as a fashionable hangout. Dederich claimed recovery rates between 80 and 100%. But by 1968, he refused to let any of the members “graduate” to a life outside Synanon. News networks eventually exposed Synanon as a violent cult, reporting on child abuse, wrongful imprisonment, assault, and misappropriation of funds. Yet Mother Jones reports that Synanon has such a powerful legacy that much of the billion-dollar teen residential treatment industry can trace its philosophy to the group. 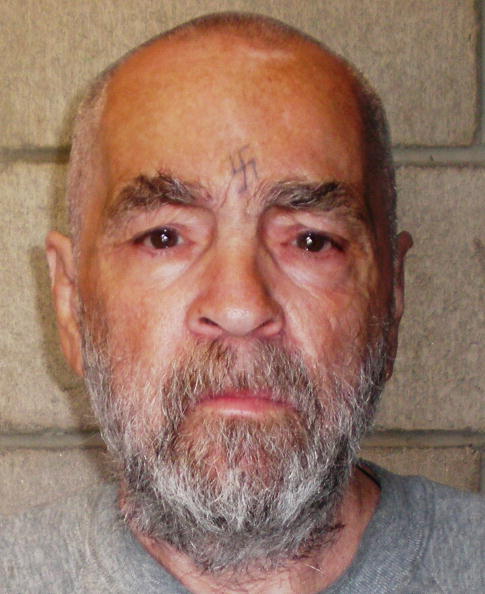 In the 1960s, Charles Manson founded one of the most notorious (and powerful) cults of all: the Manson Family. Most Americans know the horrifying story of this group. As The New York Times reports, Manson’s followers murdered seven people in 1969. At their trial, they “shamelessly admitted their crimes and flaunted their allegiance to a leader whom they said they loved and who was portrayed as controlling their minds. But The Atlantic reports that “Manson’s real power, it turned out, was over popular culture.”

As the publication notes, all the elements of the murders “seemed designed for maximum tabloid impact.” Sex, drugs, brutality, and fear: The Atlantic explains that “What Manson knew, on some level, was how to capture the national imagination. The separate elements in the Tate–LaBianca murders—celebrity, corrupted innocence, sex, drugs, brutality, and, most of all, fear—were by themselves enough to sell newspapers for months, but together they made Manson immortal.” 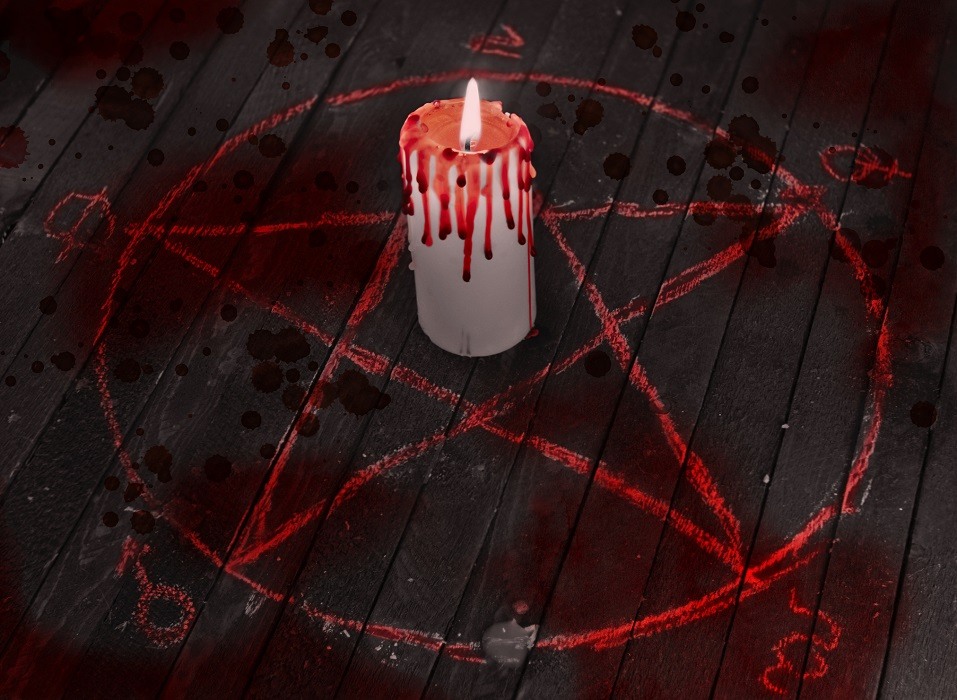 The ‘Satanic Panic’ overtook the United States in the 1980s. | VeraPetruk/iStock/Getty Images

Another of the most powerful cults, at least in the American imagination, is Satanism. Time reports that the existence of Satanists as an organized group in the United States “can be largely traced to one man: Anton Szandor La Vey, author of 1969’s The Satanic Bible.” La Vey founded the Church of Satan in 1966 in San Francisco. Surprisingly enough, the group didn’t actually believe in the supernatural, evil or otherwise. In fact, they invoked Satan not as a supernatural being, but “as a symbol of man’s self-gratifying ego.”

Nonetheless, Vox reports that a “Satanic Panic” troubled the United States throughout the 1980s and into the early 1990s. A “fear of demons and strangers practicing dark occult things seemed to lurk in the heart of every neighborhood.” Self-proclaimed former Satanists claimed that the world was being run by ritualistic satanic cults. Many Americans believed them, and their fear would ravage communities, ruin lives, and result in criminal trials for alleged satanic ritual abuse before it subsided. 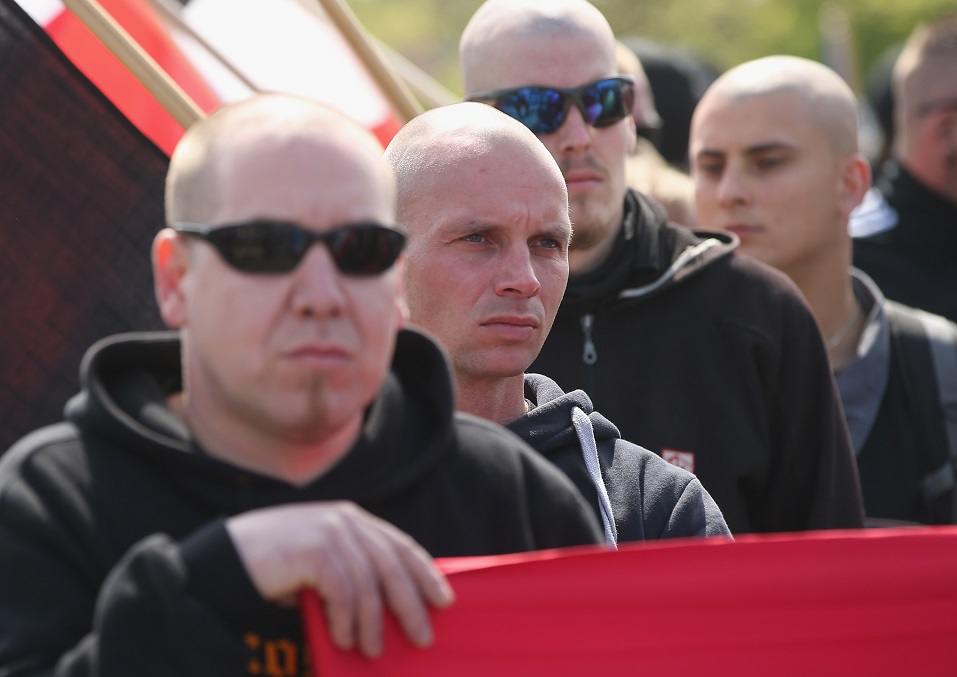 As the Southern Poverty Law Center reports, the traditional KKK has declined. But “there are many other groups which go by a variety of names and symbols and are at least as dangerous as the KKK. Some of them are teenagers who shave their heads and swear swastika tattoos and call themselves Skinheads.” The group reports that the racist skinhead movement began in 1969. That’s when the original, non-racist skinhead subculture exploded among Britain’s youths.

But around 1982, after white power skinheads developed a separate subculture, they began to appear in the U.S. in significant numbers. By 1988, violence erupted across the United States, “with scores of violent attacks and murders recorded over the next four years.” Hate crimes continued through the 1990s and into the 2000s. The SPLC reports that today, “The racist skinheads’ trademark style — shaved head, combat boots, bomber jacket, neo-Nazi and white power tattoos — has become a fixture in American culture.” Gangs have a variety of code words (like many cults). And they seem to traffic in fear, like other hate groups, cults, and cult-like groups.