The New Way That Teens Are Using Marijuana 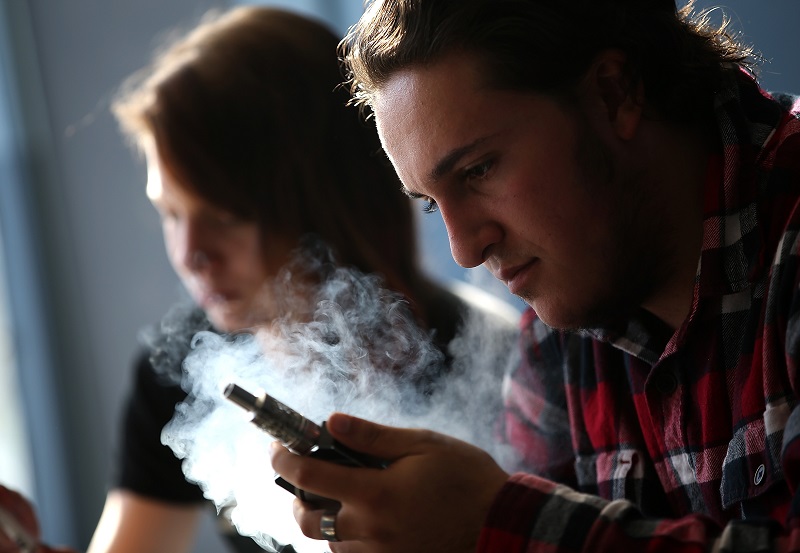 Everybody seems to be ‘vaping’ these days. With new technology allowing for handheld, portable vaporizers, the alternative to traditional smoking has caught on fairly quickly — and a lot of people are taking advantage of it. Vaping is typically considered to be less dangerous than smoking in the traditional way, and the act itself is far less invasive in terms of second-hand smoke, and smell. As a result, it’s not uncommon to see people hitting vape pens at work, outside of a coffee shop, or even behind the wheel.

But there are some real concerns about e-cigarettes, and vaping in general. Despite the belief that vaping is relatively safe, researchers are pushing back — calling for regulation after studies show the practice still has significant health risks.

And one other big problem: The kids are catching on. In fact, teens are discovering vaporizers and e-cigarettes are exceptional for smoking not just tobacco, but also marijuana.

While that may not be that much of a surprise, researchers at Yale are officially sounding the alarm. “Yale University researchers surveyed 3,847 Connecticut high school students and found nearly one in five e-cigarette users also have used the device to vaporize cannabis or byproducts like hash oil,” a Yale news brief reads.

What really has people concerned, especially health professionals and researchers, is the incredibly fast rate teens are pairing cannabis with vaporizers. Per Yale’s briefing, “E-cigarette use among teenagers has been increasing nationally, and 27.9% of high school students reported using e-cigarettes in the current study. Of those users, 18.7% say they have used e-cigarettes to vaporize marijuana.”

Those numbers are likely to increase, thanks to the ease of use of e-cigarettes and vaporizers, and ubiquity of cannabis products — particularly in the wake of legalization in several states.

“This is a relatively novel way of using marijuana, and kids are using it at a fairly high rate,” said lead author Meghan E. Morean, and an assistant professor of psychology at Oberlin College.

The concern here is multi-faceted. Obviously, parents and medical researchers are concerned about the health effects widespread e-cigarette use can have on the youth, especially those who think that vaporizers offer a ‘safe’ alternative to traditional smoking.

Secondly, there are the legal implications to take into consideration. For individuals under 18, it’s still illegal to possess or use tobacco products. For states that have legalized marijuana, that age is 21 — so teens who are caught with either, or even an e-cigarette, are leaving themselves vulnerable to prosecution.

Though these are real concerns, and people are completely justified in their worries, we can also take a look at the relative danger that these teens are putting themselves in. It’s reasonable to think that these kids who are engaging in consuming either tobacco or cannabis with e-cigarettes or vaporizers would still be doing so, even without access to vaping devices. Though vaping does, according to some researchers, have negative health effects, they’re not nearly as harmful as smoking in traditional ways.

There’s also something else to consider. Legalization of marijuana has led to some interesting usage statistics. In states in which cannabis has been legalized — making it easier to find, even for those who are underage — usage rates have dropped, not gone up.

“Our findings, consistent with previous evidence, suggest that passage of state medical marijuana laws does not increase adolescent use of marijuana,” reads the conclusion of a study published in the Lancet Psychiatry Journal earlier this year. We’ve written about this previously, and it’s still dubious as to why teens are foregoing marijuana use —  though it looks as though increased information about it being made available has helped.

So, what we appear to be seeing is a drop in overall cannabis use among teens. But teens who do use it are simply shifting their preferences to a different method — to vaping.

At the end of the day, that is an improvement in some ways. Vaporizers are a better alternative — not altogether safe, mind you — but better. The concern among parents and researchers is, again, completely justified, and teens are better off avoiding consuming any dangerous substances, be it tobacco, marijuana, or alcohol. But it’s important to look at the big picture and realize that, relatively speaking, teens today are safer — even though cannabis and tobacco may be easier to access.