With more than 65 years as sovereign under her belt, Queen Elizabeth II knows a thing or two about being ruler of her country. That said, it hasn’t always been that way. As a new queen in 1952, she was doing her best to conform to her new role.

Curious to know what the queen was thinking on the day of her coronation? From her so-called “horrible” carriage ride to the one potential danger of wearing a crown, we share the details ahead.

1. She had to write a review of her father’s coronation 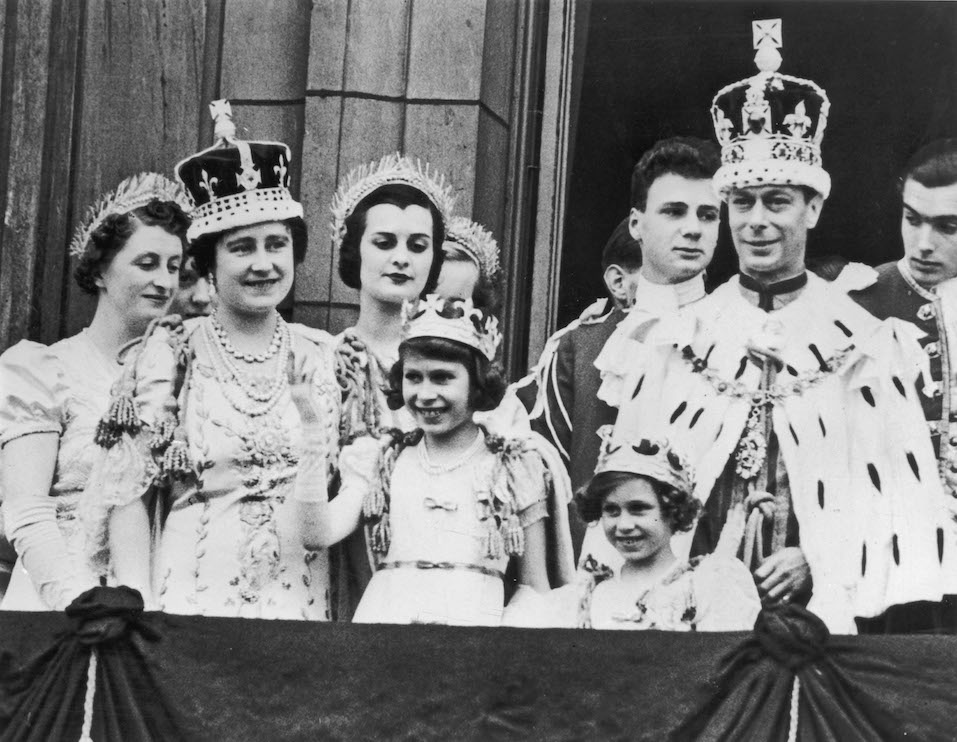 Her father assigned her with the task. | Getty Images

Before she was queen, she was a young princess taking notes at her father, King George VI’s coronation. The king knew his daughter’s fate and was determined to prepare her in every way. So, he had her write a full review of his coronation.

According to Vanity Fair, the queen found the assignment to be “quite helpful.”

Next: She wasn’t happy about her coronation ride.

2. Riding in the Gold State Coach to her coronation was a terrible experience 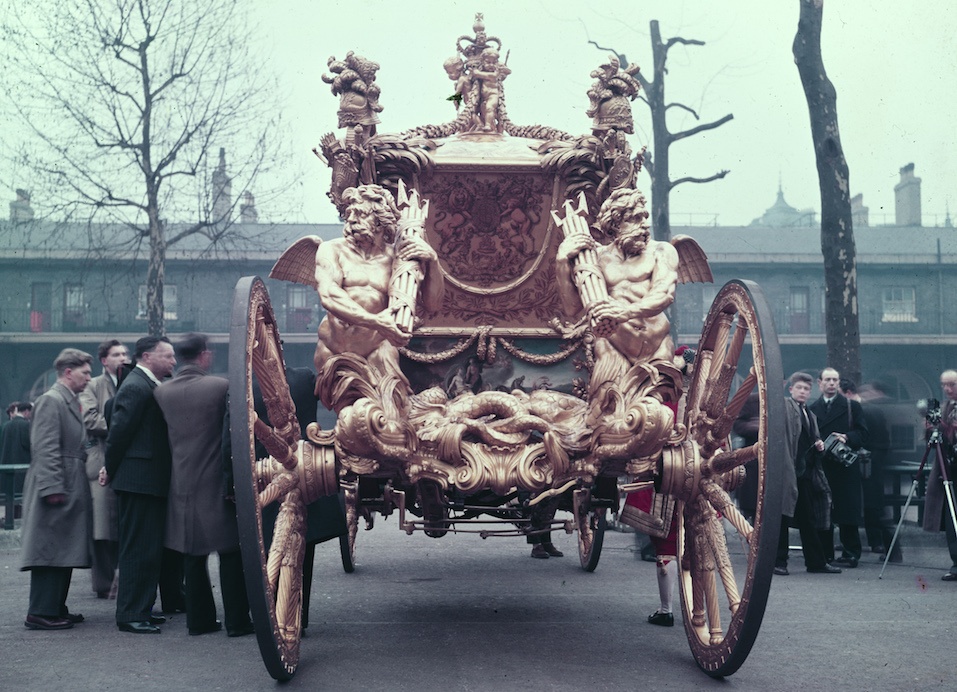 It was not a comfortable ride. | Hulton Archive/Getty Images

Think riding in a fancy horse-drawn carriage is a dream come true? Not for the queen. According to Vanity Fair’s review of The Coronation, the four-ton gilded carriage was a horrible experience for the queen. “It’s just not meant for traveling in,” said the queen in the documentary commentary. “It’s only sprung on leather,” she added.

Next: You’ll never believe who the queen’s maids of honor were compared to.

3. Her maids of honor were compared to the Spice Girls 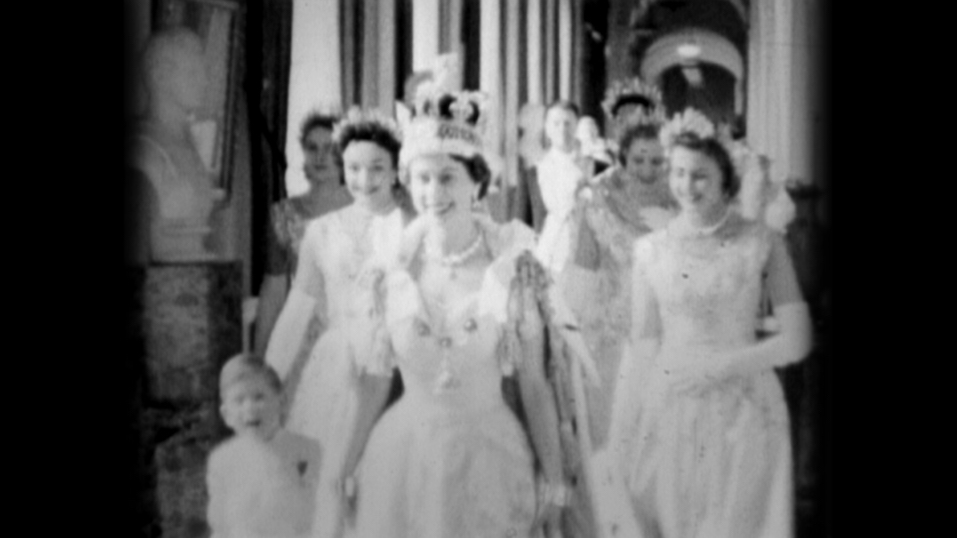 They were famous. | Buckingham Palace/Clarence House via Getty Images

In the documentary, one of the queen’s maids of honor, Lady Glenconner recalls the group of women who accompanied the queen on her big day. Stating, “we were kind of like the Spice Girls … we were in all of the newspapers.”

Next: The most surprising thing the queen has to say about her coronation day.

4. Her coronation crown was so heavy, it could have broken her neck 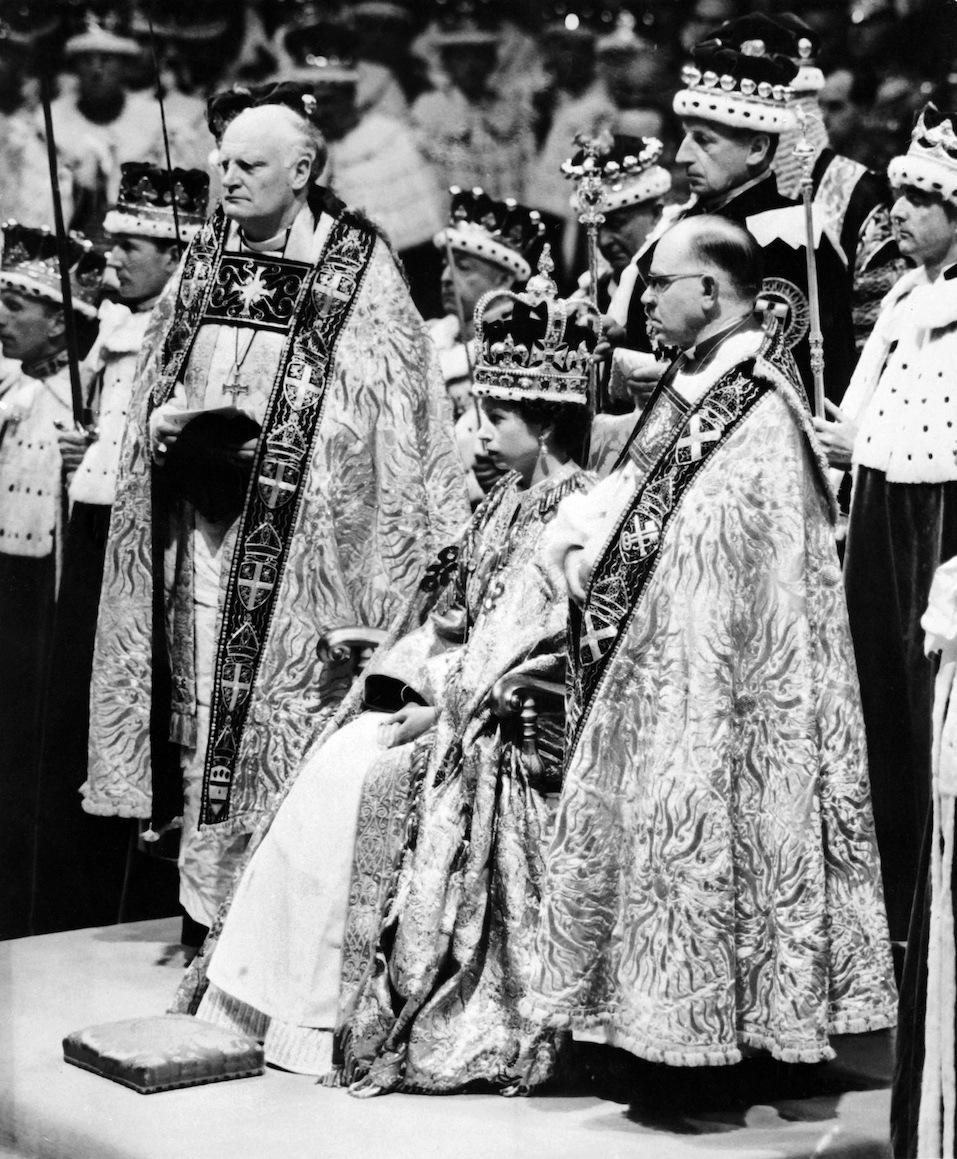 She could barely move her head. | AFP/Getty Images

Perhaps the most shocking piece of information from the queen’s coronation day is the possible dangers that come with wearing the crowns — especially St. Edward’s Crown, which was placed on her head for the ceremony and weighs nearly 5 pounds.

“You can’t lean down to read your speech,” said the queen in The Coronation. “If you did, your neck would break and [the crown] would fall off.”

Next: This surprising mishap made the front page of newspapers.

5. A major fashion faux pas made it on the front page of newspapers 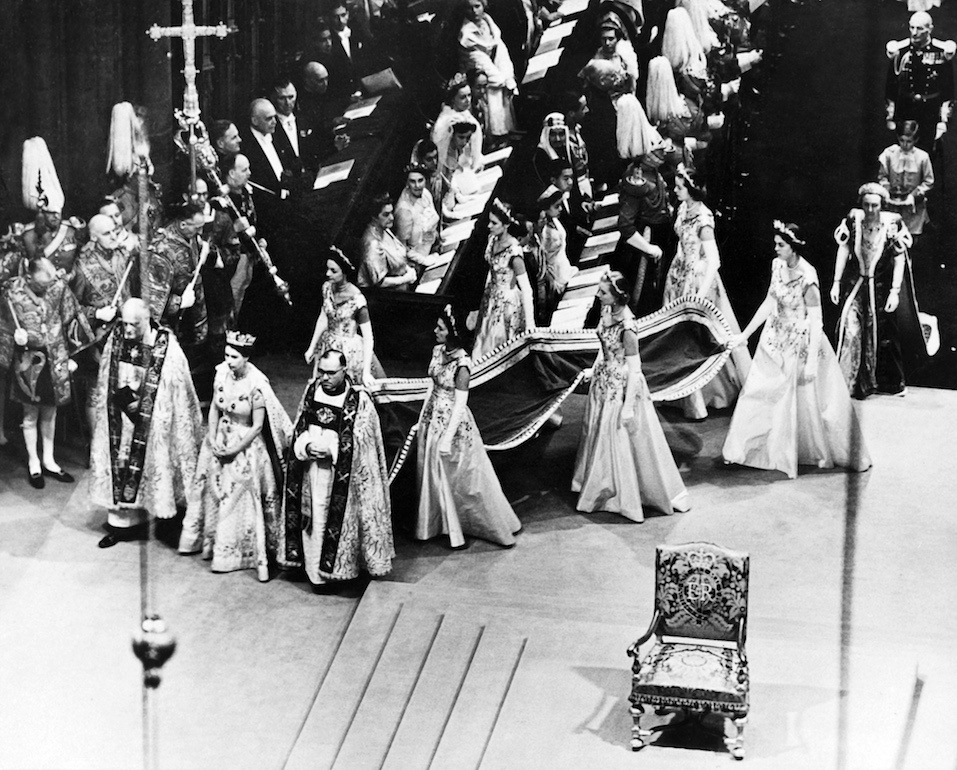 After one of the coronation dress rehearsals, Lady Glenconner’s shawl blew open and her coronation gown was revealed. While it would have been worse if the queen’s dress was revealed, the maid of honor gowns made the front page of the paper.

Next: It took this many guards to protect the crown.

6. The crown jewels were kept under high security at Westminster Abbey 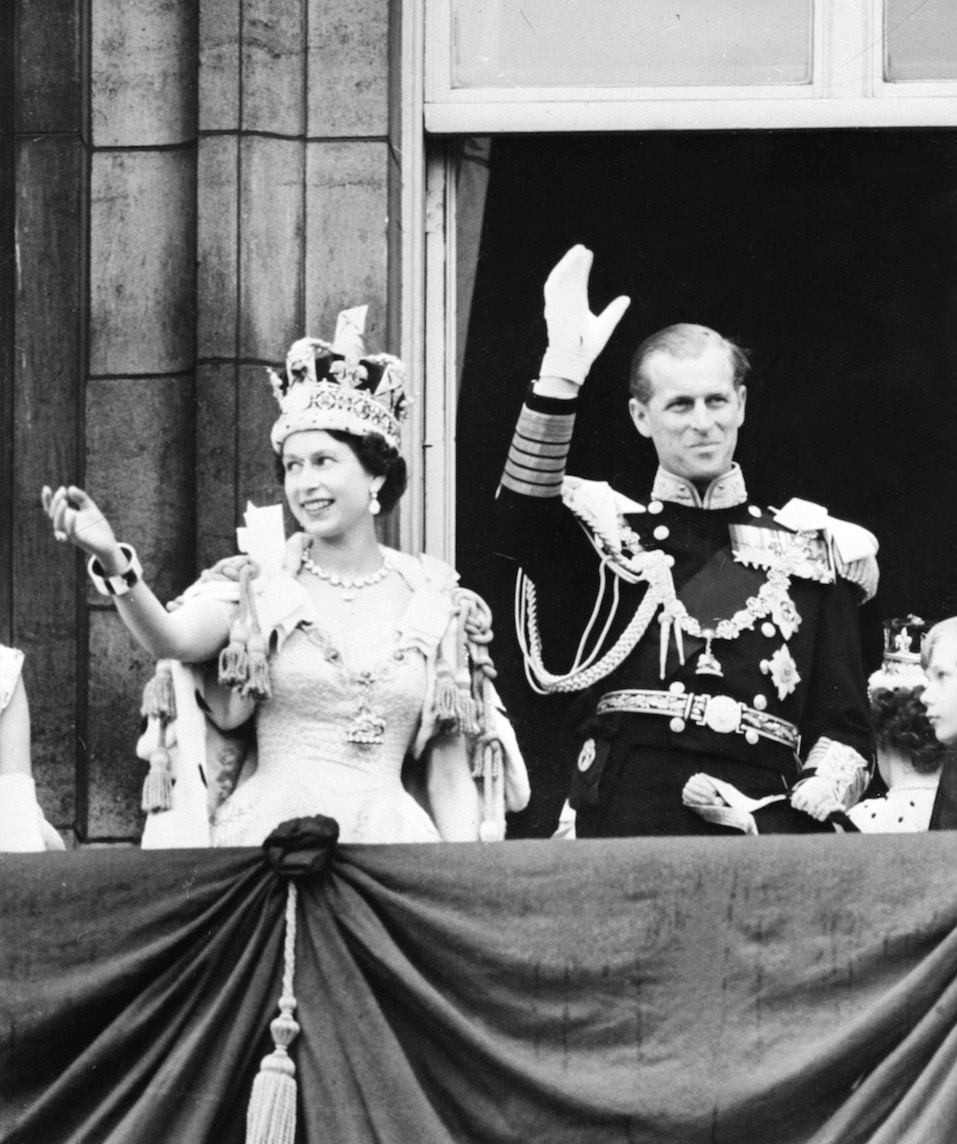 On the evening before the coronation, the crown jewels used during the ceremony were all housed at Westminster Abbey. It took 12 Yeomen Warders of the Tower — each carrying a revolver and 12 rounds of ammunition — to protect the regalia.

Next: History was made.

7. It was the first service to be broadcast on TV 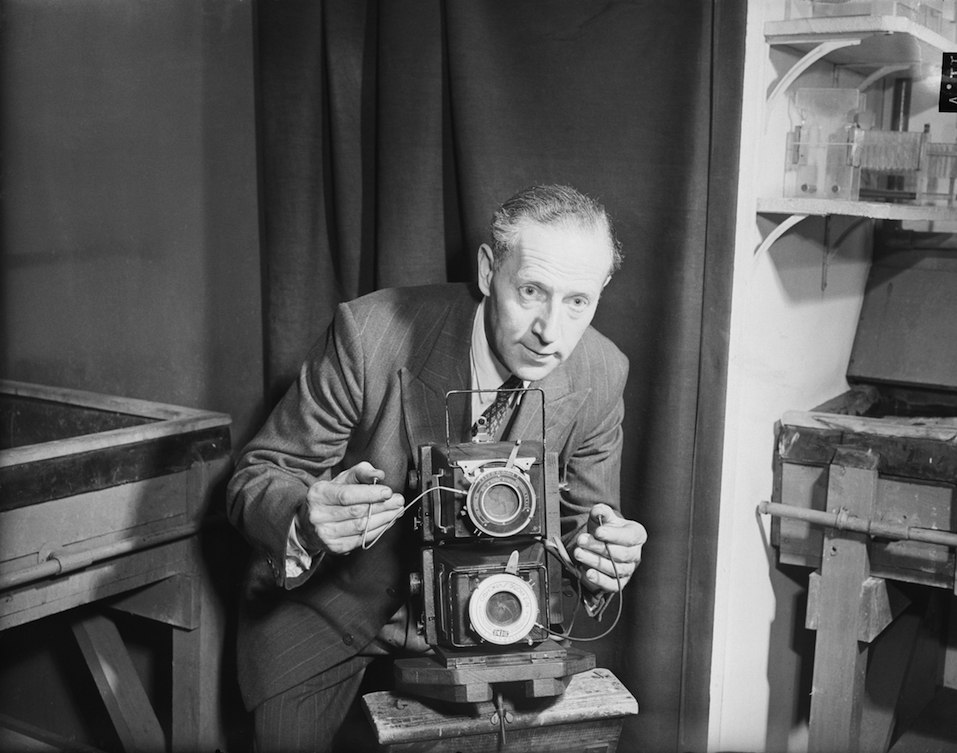 The queen’s coronation was the first service to be broadcast on TV and the first time the United States broadcasted an event live from England.