Meghan Markle’s actions, past, and fashion choices have come under fire before. But you already knew that. After all, the Duchess of Sussex certainly isn’t one to shy away from doing exactly what she pleases. And her look at Trooping the Colour was no exception.

Without further ado, read on to find out how Markle may have broken royal protocol (page 5), along with everything else you need to know about the royal family’s fashion choices at the queen’s birthday parade on June 9, 2018.

It was Markle’s first Trooping the Colour event 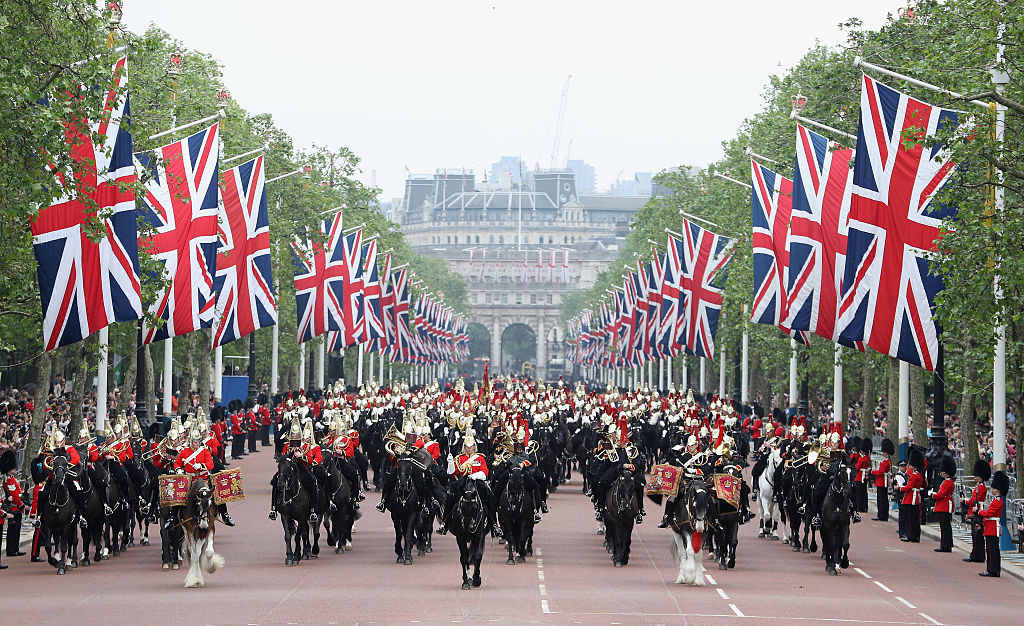 Troops march during the Colonel’s Review, a traditional rehearsal for Trooping the Colour | Chris Jackson/Getty Images

Three short weeks after saying “I do” in the most talked-about wedding since, well, Prince William and Kate Middleton’s royal nuptials, Markle made an appearance at her first Trooping the Colour celebration. And clearly, her outfit received plenty of mixed reviews. But we’re not too surprised.

For the record, this was Markle’s second public appearance alongside her husband, Prince Harry. Their first was Prince Charles’ 70th birthday celebration on May 21, 2018.

Next: Middleton arrived in style.

Middleton rode with the Duchess of Cornwall (and both wore blue) 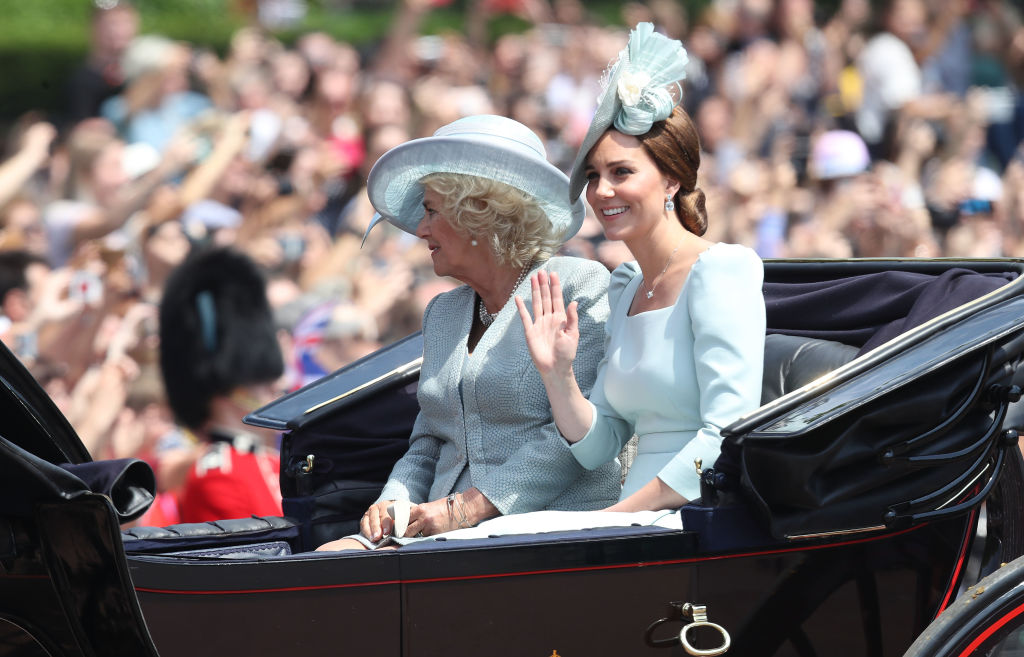 Camilla, Duchess Of Cornwall, and Catherine, Duchess of Cambridge, head back along the Mall to Buckingham Palace | Chris Jackson/Getty Images

The British royal family loves riding in horse-drawn carriages. And really, who could blame them? As we’ve seen, the tradition goes hand-in-hand with being a royal. So, when it came to the preferred method of transportation at the queen’s birthday parade, the royals took their seats.

Next: There’s a reason why these ladies were without their husbands. 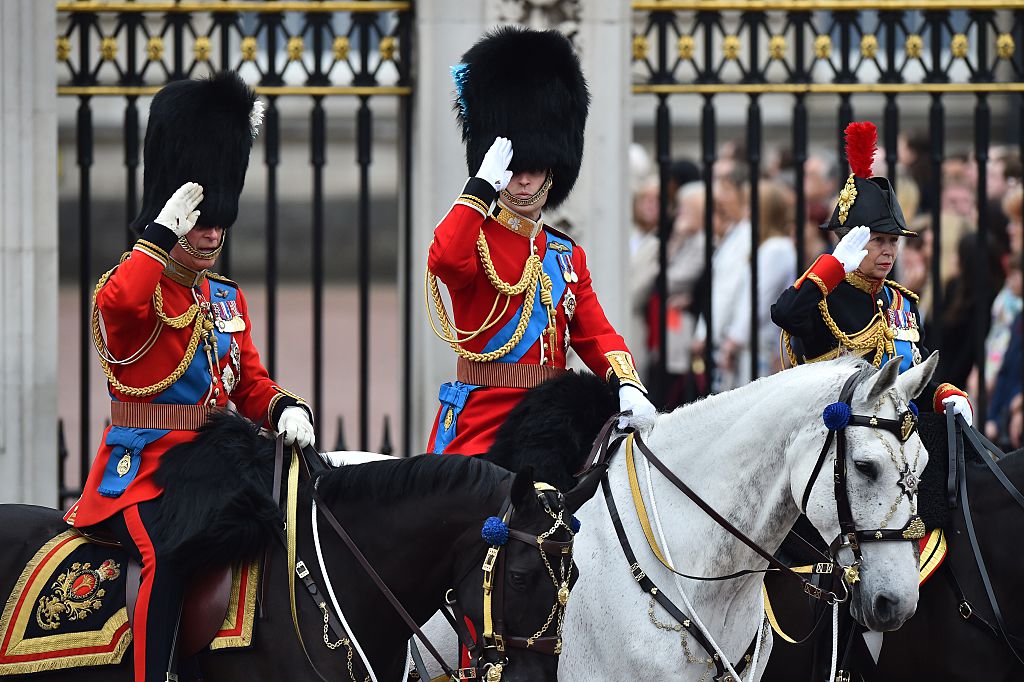 If you’re wondering why Markle got to ride in a carriage with her husband, while the other two duchesses didn’t, there’s an explanation behind it. According to People, “Prince William and Prince Charles rode on horseback and not in carriages because they are both royal colonels of the Household Division.”

Next: The queen’s look 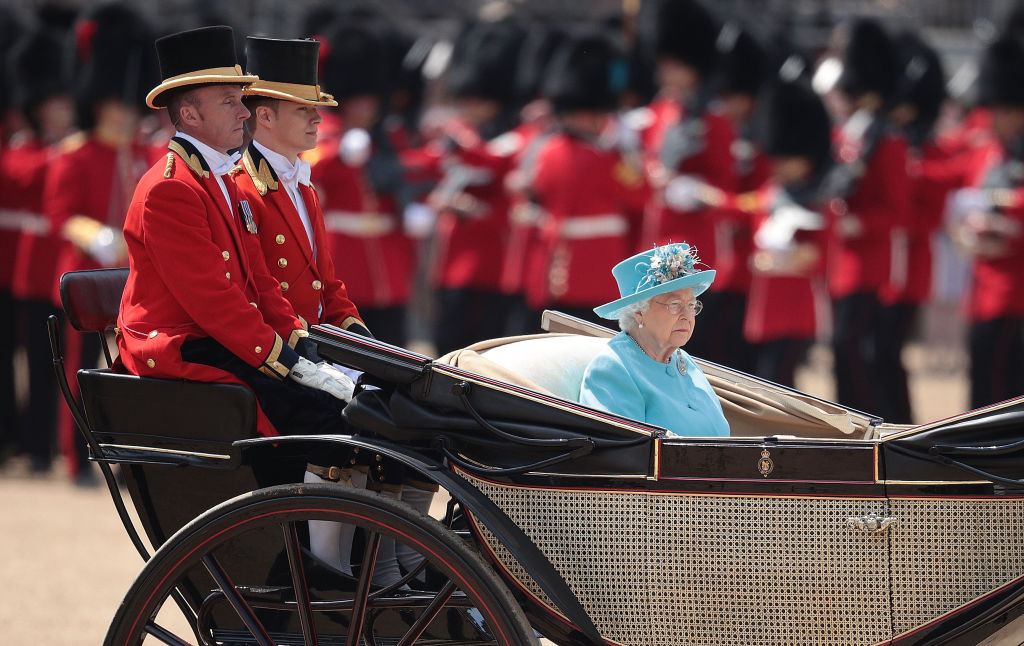 Obviously, this event is all about Her Royal Highness. More specifically, “Trooping the Colour is an annual military celebration that celebrates the Queen’s official birthday, June 9 – not to be confused with her actual birthday, April 21,” Harper’s Bazaar explains. That said, she rode in her own carriage and was dressed in a light blue coat and dress by Stuart Parvin.

Next: The real reason why Markle may have broken the rules.

Per usual, Markle looked absolutely stunning. She did manage, however, to raise some eyebrows — a reaction to which she’s become accustomed. And her choice for the queen’s belated birthday celebration? Well, she opted for a bespoke, pale pink dress by Carolina Herrera. But it was the off-the-shoulder detail that caused a fuss.

It seems Markle may have broken royal protocol — yet again. According to The Sun, “Fashion tradition usually dictates that Royal women do not wear off-shoulder or other more revealing styles.”

Next: The best family photo of all time 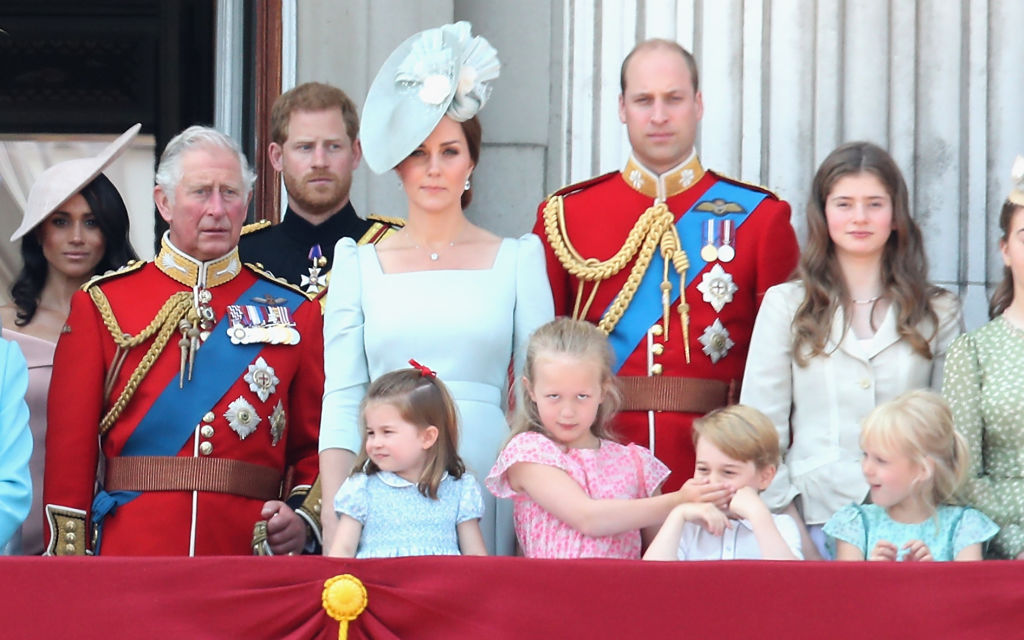 The royals at Trooping the Colour | Chris Jackson/Getty Images

Prince George and Princess Charlotte weren’t a part of the horse-drawn carriage crew, seeing as they’re still young. They did, however, make an appearance at a very special — and famous — spot: the Buckingham Palace balcony. You know, the balcony where the Duke and Duchess of Cambridge shared a rare, public kiss on their wedding day? Yeah, that balcony.

Next: Here’s how Middleton and Markle stack up. 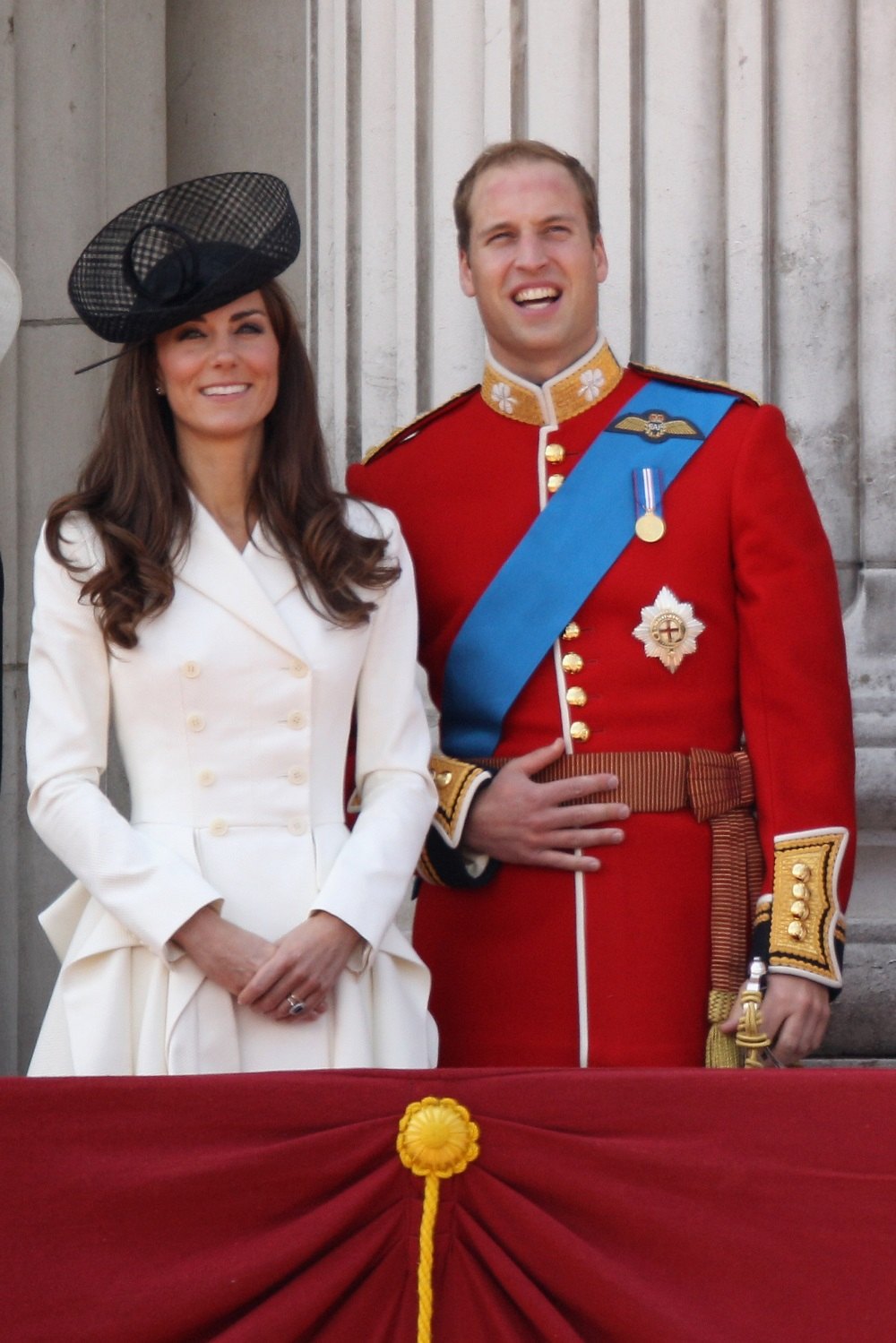 Similarly, Middleton’s first Trooping the Colour occurred shortly after her royal wedding back in 2011. But her look didn’t exactly spark the same kind of reaction. In a classically Kate move, the then-newly-appointed duchess wore a cream-colored, double-breasted coat by Alexander McQueen. McQueen had designed her wedding dress, as well.

That’s a noteworthy detail because Markle also gave a nod to her own wedding dress. In fact, she “opted for a dress reminiscent of the Givenchy design she wore on her big day,” The Sun writes.