Another chapter is being written in the 1,000-year-old mystery surrounding the tomb of Santa Claus. Archaeologists in Turkey believe they may have uncovered St. Nicholas’ remains underneath the ruins of an ancient church. 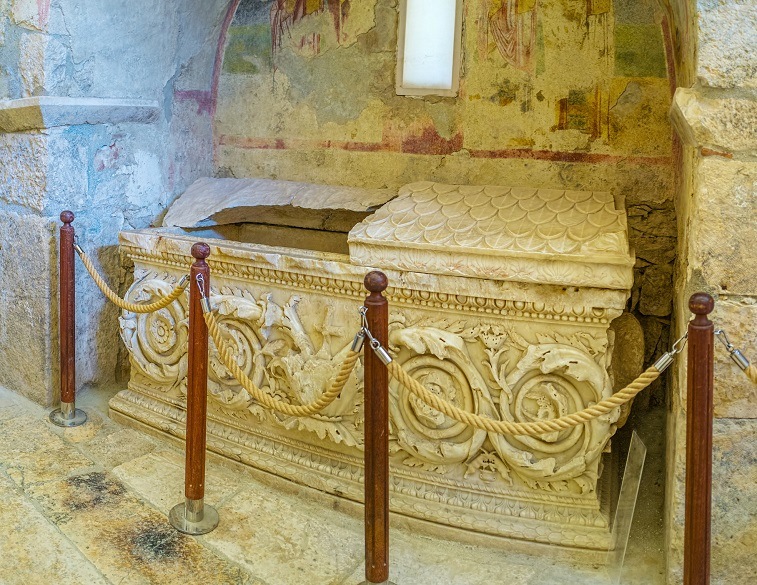 Saint Nicholas, a.k.a. Santa Claus, has become one of the most popular, gift-giving figures associated with the Christian holiday of Christmas today.

The discovery was made at St. Nicholas church, which is located the Antalya, a province in southern Turkey. Antalya is part of the Demre district, which was the birthplace of the fourth-century bishop. Digital surveys had been taken, which revealed gaps underneath the church, which in turn led to an untouched shrine’s discovery, Cemil Karabayram told news outlet Daily Sabah.

“We believe this shrine has not been damaged at all, but it is quite difficult to get to it as there are mosaics on the floor,” said Karabayram, who is head of Antalya’s Monument Authority. Archaeologists would need to scale each tile individually and then remove them as a whole in a mold.

Most Christian religions maintain that St. Nick’s remains currently rest in the Basilica di San Nicola in Bari, Italy. The story goes that when the saint died in 343 A.D., his body was originally interred at St. Nicholas in Demre (the site of the recent findings). However, it was believed that during the Crusades in 1087, his remains were taken to Italy. Some accounts report that the remains were stolen by merchants. Some say that in reality, the remains that were taken to Italy may have actually been those of a different, unnamed priest – in which case, the real St. Nick may still be interred in Turkey at St. Nicholas church. 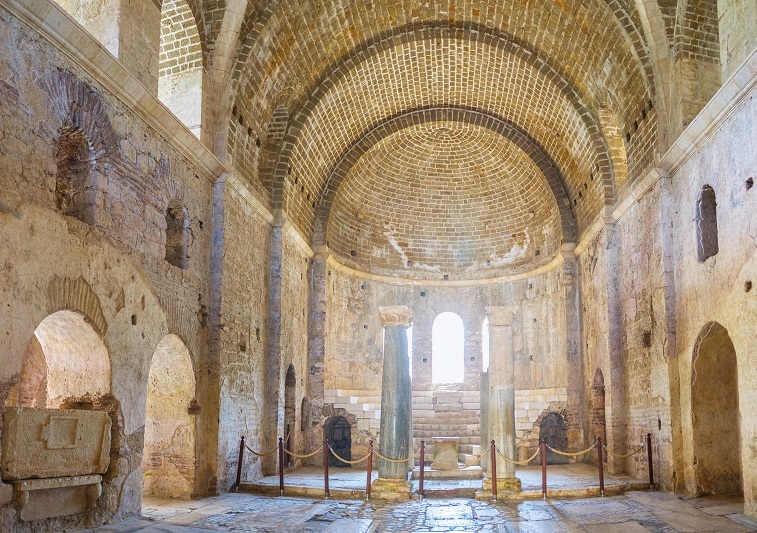 The main nave of medieval St. Nicholas Church after restoration, on May 7, 2017 in Demre, Turkey. | Getty Images

St. Nicholas church in Demre was built in 520 on the foundations of an older church where St. Nicholas served as bishop. In 1862, Russian Tsar Nicholas I restored the church, adding a tower. Frescoes adorn the church’s walls. The church remains a popular tourist and pilgrimage destination.