The Strange Yet True History of the Waterbed in America

Even if you never owned one yourself, chances are you know someone who has or had a waterbed.

The waterbed hit its peak of popularity in the 1980s and has been on a steady decline ever since. In 1987, one out of every five mattresses purchased in the U.S. was a waterbed. These days you’re much more likely to order your mattress online and make a video of the unboxing than you are to fiddle with the cumbersome task of installing a giant, heavy bed filled with hundreds of gallons of water.

Ahead, discover the history of this unique bed style and the reason why they might be making an unexpected comeback (just not for humans).

Modern waterbeds were invented by a design student 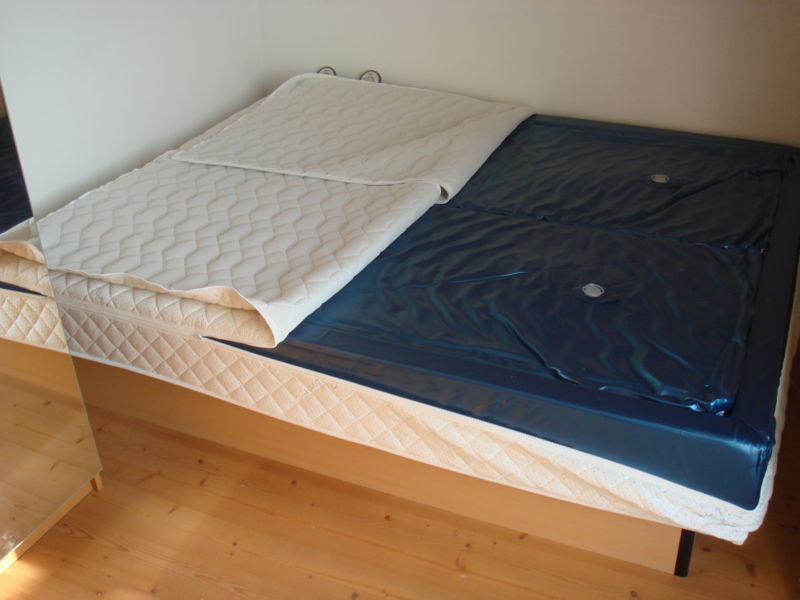 It was a mattress revolution. | Robert Paprstein/Wikimedia Commons

Charlie Hall was just a student at San Francisco State University when he came up with the idea to fill a mattress with water and sleep on it. His previous attempts at providing total liquid comfort for lounging included chairs filled with cornstarch and gelatin.

Hall presented his master’s thesis project in 1968 and allowed his whole class to test out his waterbed creation. “Everybody just ended up frolicking on the waterbed,” Hall said.

It was the beginning of a mattress revolution.

Next: People had been dreaming of waterbeds for centuries.

Primitive waterbeds were made for comfort, not cavorting 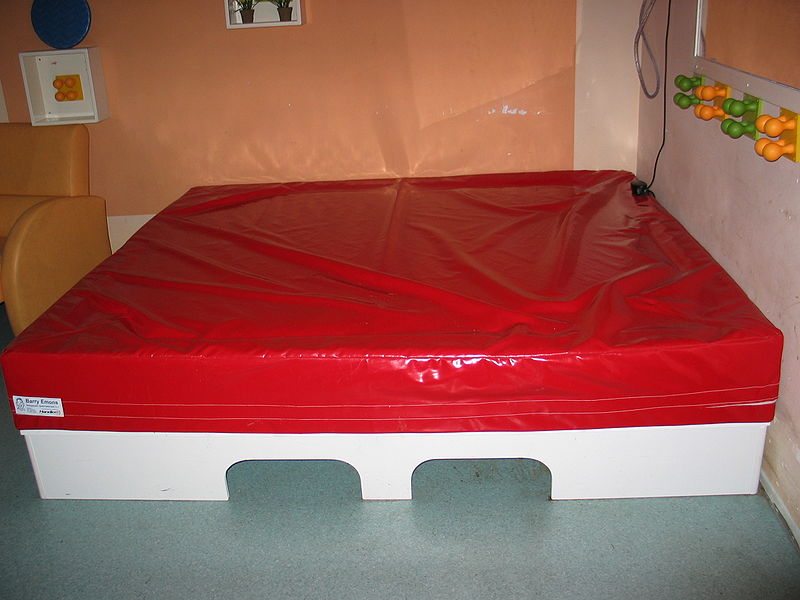 It was meant for those who were ill.  Ciell/Wikimedia Commons

While Charlie Hall is credited with coming up with the first modern waterbed, there were some earlier attempts worth mentioning. Scottish physician Dr. Neil Arnot made a “hydrostatic bed for invalids” which consisted of a warm bath filled with water and topped with rubber. It was meant to reduce bedsores.

Science fiction writer Robert Heinlein, who was bedridden with tuberculosis, wrote about waterbeds in one of his books but never actually made a real one. The first mention of waterbeds dates all the way back to 3600 BCE, when ancient Persians filled goat skin mattresses with sun-warmed water.

Next: Their sexual reputation was an accident.

Marketers made the waterbed sexual 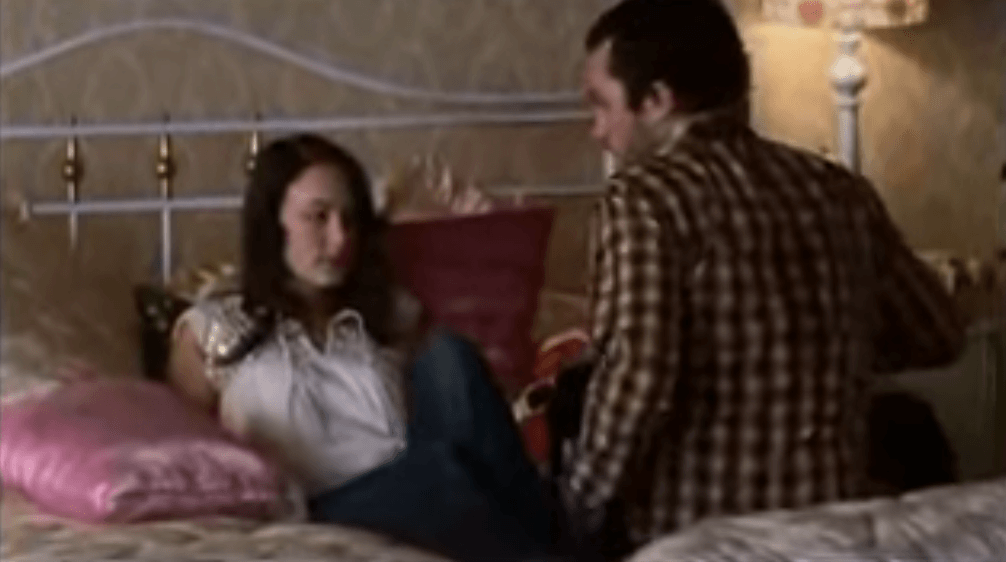 Hall’s intention wasn’t necessarily to sell waterbeds as sex aids — but the timing of their release coincided with the sexual revolution, and marketers quickly latched on to the idea of making the waterbed all about sex.

One company claimed that “Two things are better on a waterbed. One of them is sleep.” Another said, “She’ll admire you for your car, she’ll respect you for your position, but she’ll love you for your waterbed.” Even notorious lothario Hugh Hefner had a Tasmanian possum-covered waterbed.

In 1971, Time reported that “in Manhattan, the waterbed display at Bloomingdale’s department store for a while was a popular singles meeting place.”

Next: They became outdated quickly.

The rise and fall of the waterbed was dramatic 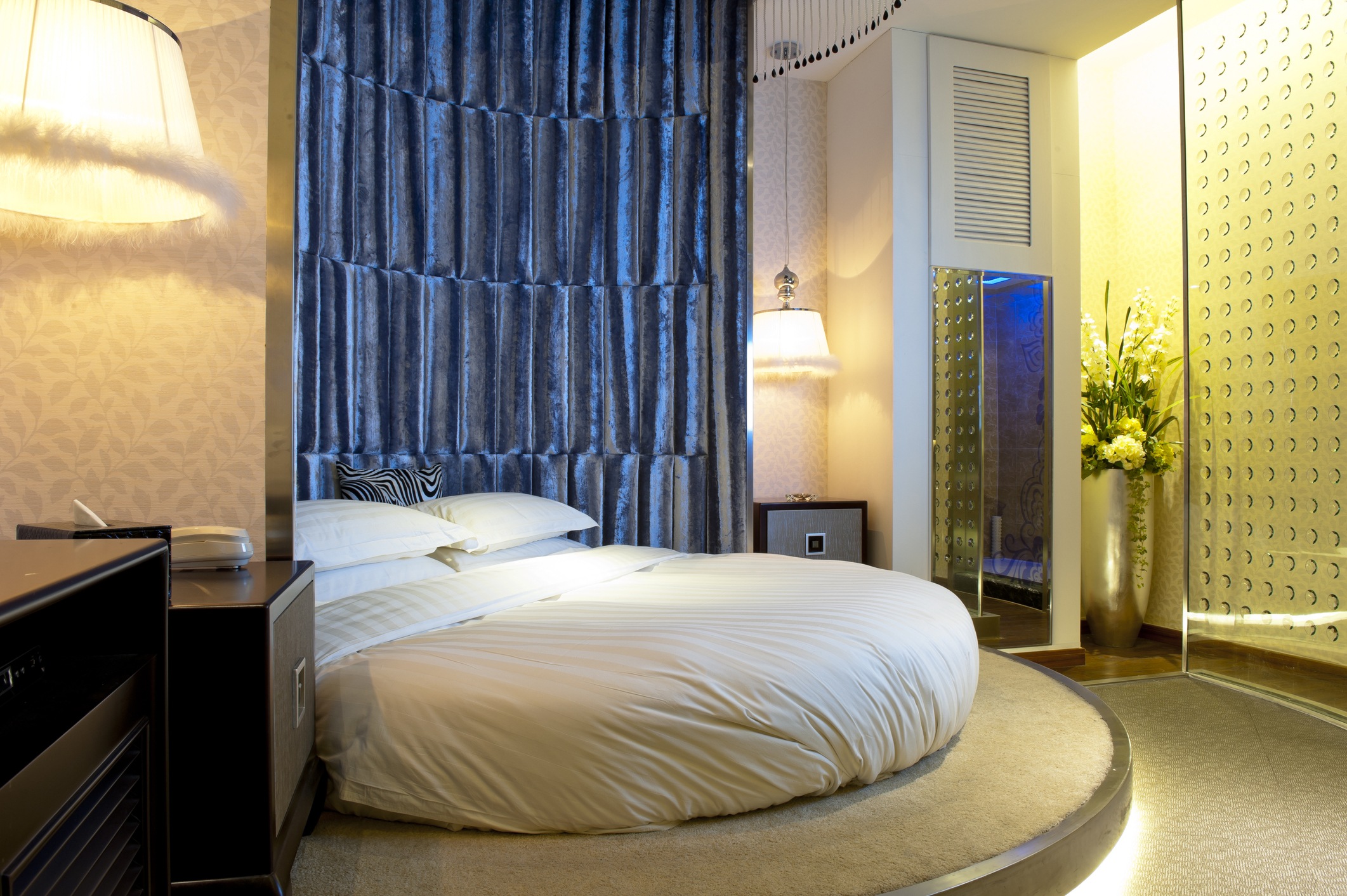 By the 1980s, waterbeds were more mainstream, moving beyond just playboy bedrooms and into modern suburban homes. Their popularity peaked in 1987, when one in every five mattresses sold was a waterbed and the market was worth $2 billion.

These days, the market share is down to five percent. But the real question is, “Why?”

Next: Owning a waterbed wasn’t easy.

Waterbeds are a real commitment 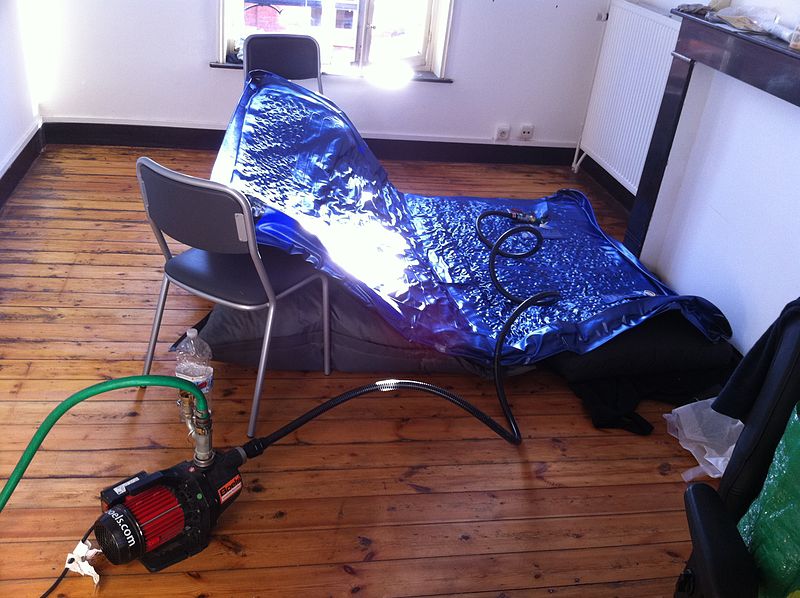 Most people believe that waterbeds went out of fashion because they were a little “icky.” But some experts have a different theory.

Installing a waterbed was no easy feat. Running a hose to your bedroom, worrying about leaks, concerns over algae, and bans in certain apartment complexes meant that waterbeds were often more trouble than they were worth. And moving? Forget it. You might as well leave the whole expensive thing behind.

Even the waterbed’s inventor admitted that they were complicated and high maintenance.

Next: New waterbeds are nothing like they used to be.

The waterbed has come a long way 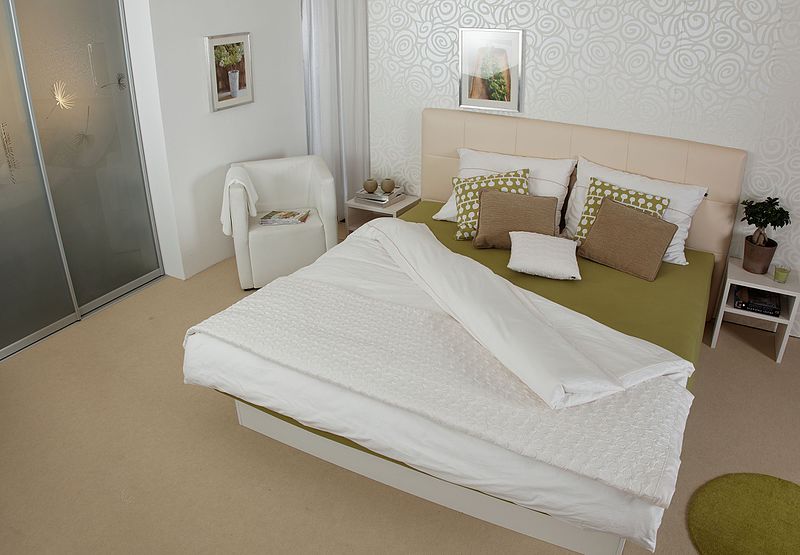 These days, you can’t really tell until you sit on it. | NikaMaremico/Wikimedia Commons

Technology has changed the entire world, and waterbeds are no exception. Soft-sided “waveless” waterbeds aren’t quite as ugly as the ’80s version you’re probably picturing.

The water is separated into multiple compartments rather than one huge pocket so sleeping on one doesn’t feel as dramatic. New waterbeds look less like “pleasure pits” and more like regular beds.

Next: This animal can benefit from a modern waterbed. 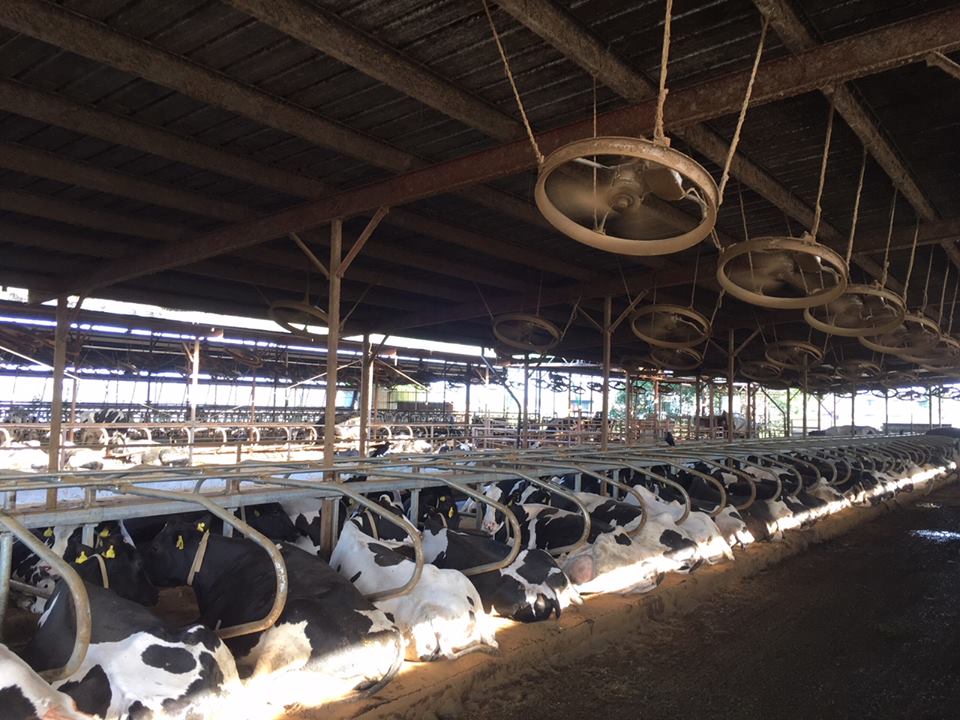 ‘Custom fit. Every cow. Every time.’ is there slogan. | DCC Waterbeds via Facebook

Even though the waterbed market has been declining for human bedrooms, another species still sees the benefit. Time published an article in 2012 on the trend of buying waterbeds for cows.

There are entire companies devoted to creating waterbeds for cows to help reduce sores and infections since they’re less likely to grow bacteria. One farmer purchased $100,000 worth of waterbeds for his cows and justified it by saying, “Happier cows, happier milk.”

Waterbeds may never be as popular again — at least not for people. But at least the cows are udderly comfortable.