The Supreme Court Did the Marijuana Legalization Effort a Big Favor 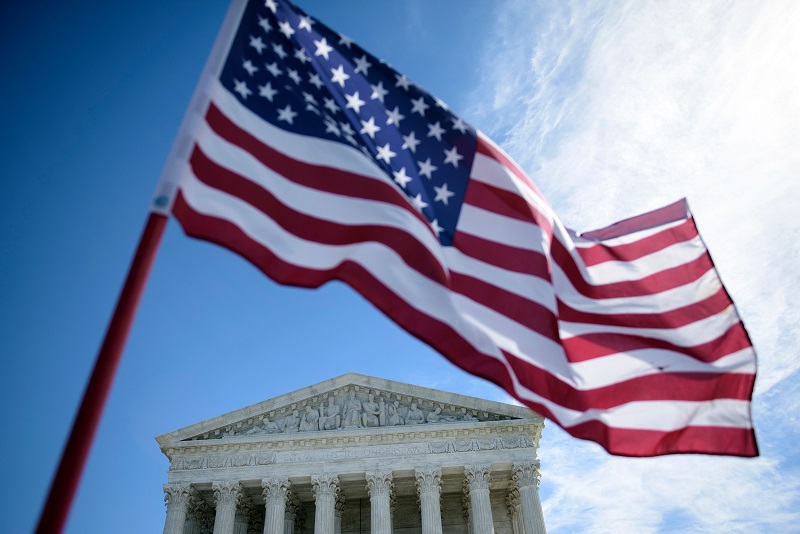 Along with the presidential election, few other topics have dominated the news over the past stretch like the Supreme Court. With the death of Justice Antonin Scalia, the Supreme Court is now comprised of just eight members, and a battle has started over whether Senate Republicans will allow hearings on president Obama’s nominee Merrick Garland to be held. But even as the Supreme Court’s future remains in flux, the current justices are set to make some big decisions, and marijuana legalization is one of the topics in the mix.

The federal government, under Obama’s watch, has pretty much stayed out of the marijuana legalization push by individual states. We now have four states — Washington, Colorado, Oregon, and Alaska — which have voter-backed legalization initiatives signed into law, and many more on the way. Though Obama and his Justice Department have been waiting on the sidelines, it was only a matter of time before the feds were dragged into the fray in some form or another.

And a inter-state kerfuffle between Colorado and neighboring states Oklahoma and Nebraska is what finally took the fight to D.C. Except, it was what the Supreme Court didn’t do, rather than did do, which has made a pretty profound statement.

Oklahoma and Nebraska had filed a lawsuit against Colorado challenging the state’s legalization law, basically saying that it undermined federal law, and hurt neighboring states who had to increase their own expenditures on law enforcement. People coming over the state border, who may or may not have acquired marijuana through legal channels in Colorado, were suddenly in violation of both state and federal law in Nebraska and Oklahoma — and the uptick in necessary resources needed to deal with these lawbreakers led to the lawsuit.

Though the suit ended up at the Supreme Court’s doorstep, they decided to throw it out, without comment. By not hearing the case, the Supreme Court is essentially handing marijuana legalization efforts a big win; if they had took the case on, it could have opened the floodgates for many similar cases, and led to a significantly bigger philosophical battle over states’ rights.

Though the Supreme Court’s refusal to hear Nebraska and Colorado’s case is a win for now, we still don’t really know how the federal government plans on handling legalization going forward. Though Obama has chosen to let states do their own thing, there’s no guarantee that the next president won’t use the full power of the Justice Department to pull the plug on the whole thing.

The Nebraska Attorney General seems to realize that and, though his case won’t be heard by the Court, seems to be regrouping to try and strike at Colorado’s law. “Today, the Supreme Court has not held that Colorado’s unconstitutional facilitation of marijuana industrialization is legal,” said Nebraska Attorney General Doug Peterson in a statement. “And the Court’s decision does not bar additional challenges to Colorado’s scheme in federal district court.”

And Peterson does seem to have some sympathy on the bench. Though the Supreme Court threw the case out, Justice Clarence Thomas did write that states did have a bit of a point when it came to trying to deal with trafficking of federally prohibited substances across state lines.

“I would not dispose of the complaint so hastily,” he wrote. “Because our discretionary approach to exercising our original jurisdiction is questionable, and because the plaintiff States have made a reasonable case that this dispute falls within our original and exclusive jurisdiction, I would grant the plaintiff States leave to file their complaint.”

Clearly, legalization efforts are not out of the woods. At least not in the eyes of some of the Justices. But again, we really don’t know what’s going to happen, if anything, in terms of legalization. While you could point to public sentiment rapidly evolving in favor of legalization, it will take actual changes to federal law, through the power of Congress, to get all levels of government on the same footing.

The other hang-up with this case, particularly from a conservative viewpoint, is that it has to do with state autonomy. Conservatives typically favor allowing the states to govern and make their own decisions. But marijuana legalization has drawn a contrasting reaction, advocating for the federal government to drop the hammer on individual states’ legalization efforts.

That’s something that will be worked out with time, but for now, the Supreme Court’s punting on Nebraska and Colorado’s suit is a small but significant win for legalization activists.