The Weirdest, Most Disgusting Oreo Cookie Flavors Available in Grocery Stores Across America

Oreo, a classic American cookie, comes in many varieties. For more than 100 years, the cookie’s been a staple on grocery store shelves. Today, Oreos remain a classic but the brand’s taking more risks with flavors. However, some of the flavor risks have yet to pay off. Ahead, see which disgusting Oreo flavors are available in a grocery store near you. 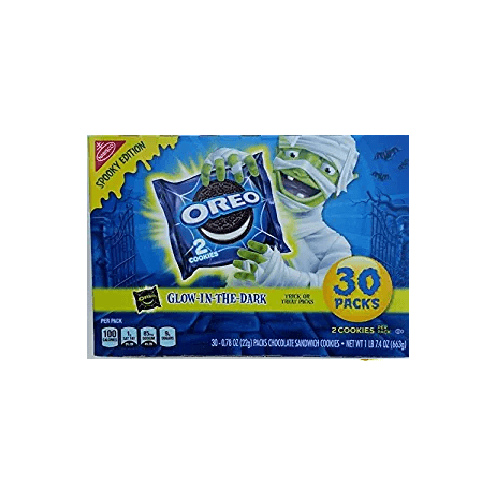 The glow-in-the-dark is not necessary. | Amazon

Oreo releases a glow-in-the-dark cookie around Halloween. While glow-in-the-dark Oreo cookies are fun, they’re unnecessary. The packaging gives people the impression the cookie tastes the same. So, why buy the glow-in-the-dark version? The chances of someone eating Oreos in the dark is slim. After all, milk may spill. And no Oreo cookie lover wants that to happen.

Hint: A candy synonymous with the movies is mixed with Oreos. 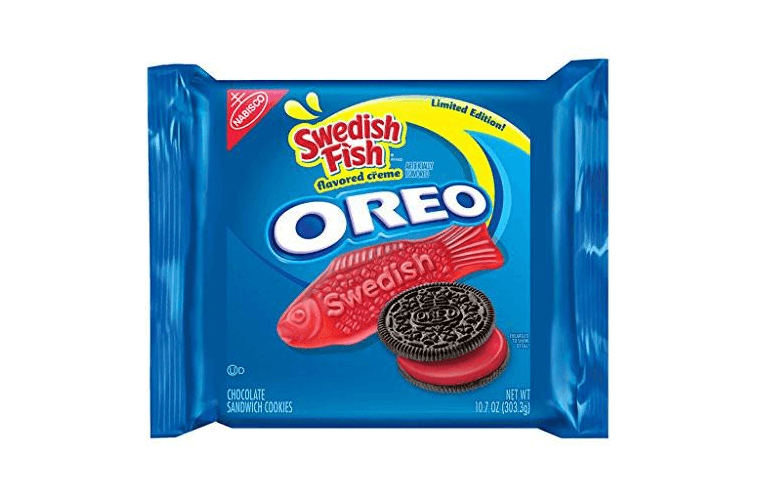 Sometimes two flavors should never mix. Take Swedish Fish and Oreos. These are both known for very specific flavor profiles. Mixing the two together creates a disgusting combination. 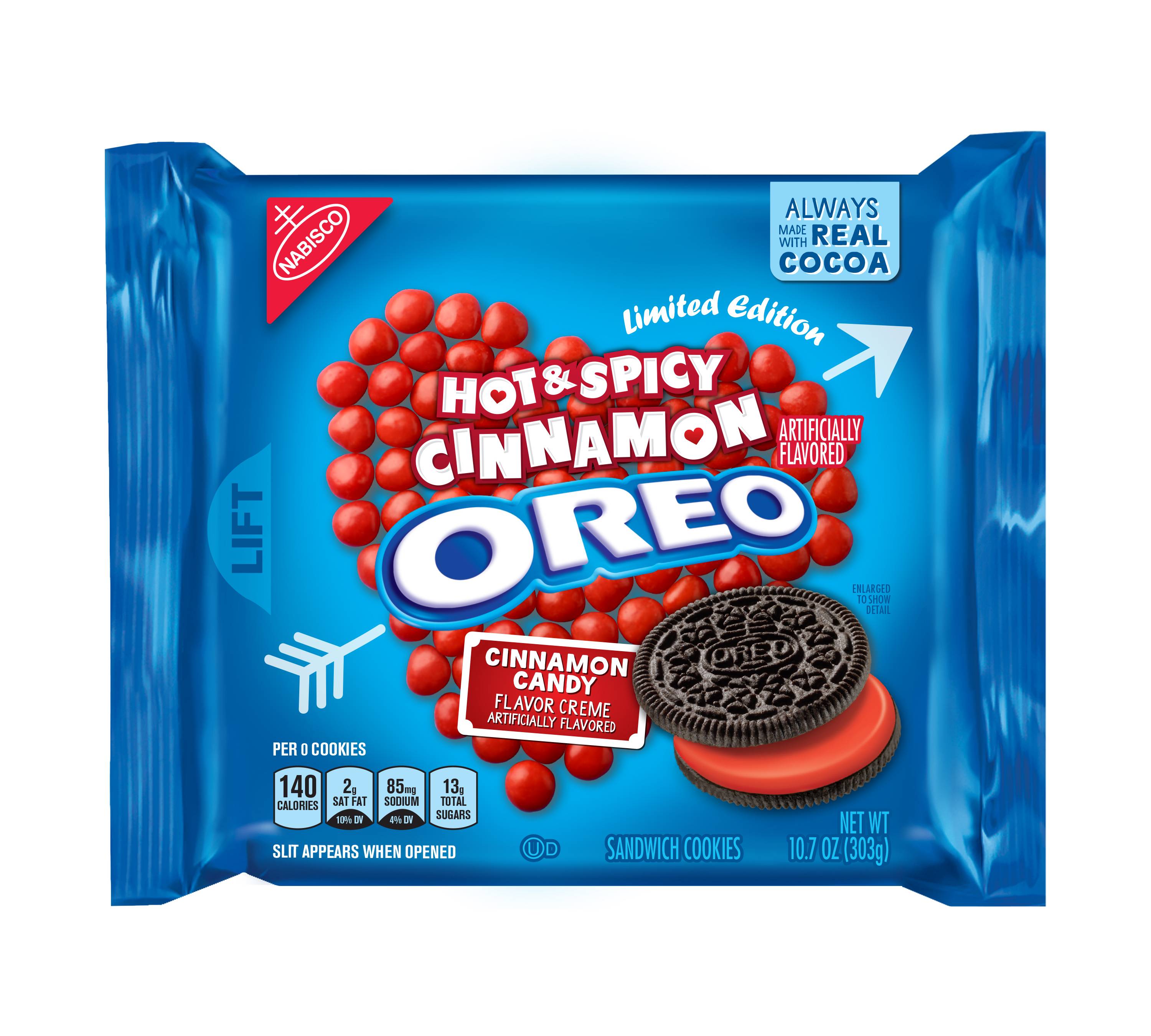 For those in search of a spicy cookie, look no further. Pick up Hot and Spicy Cinnamon Oreos at the grocery store. These are a limited edition flavor, just in time for Valentine’s Day. We think “hot” and “spicy” aren’t words that should describe the taste of a cookie. Eat them at your own risk.

Hint: Nabisco tries to marry a fall flavor with an Oreo cookie. 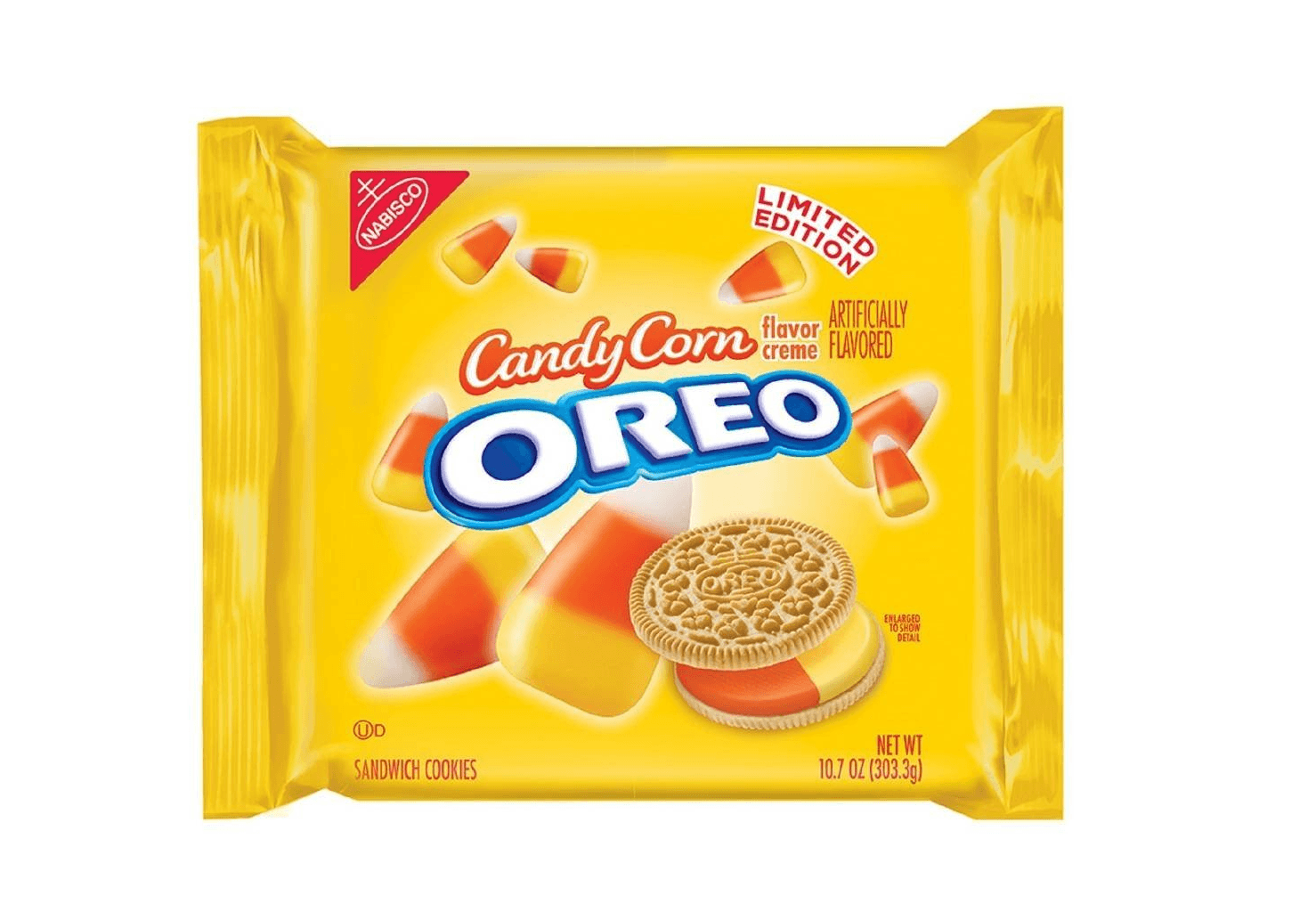 Even those who like candy corn will dislike these. | Amazon

Typically, people fall into one of two candy corn camps. There’s those who love candy corn and those who hate candy corn. We’re guessing both candy corn lovers and haters will despise this flavor. Reviews say the cookies taste nothing like the real thing. The cookie “does not taste anything like candy corn,” an Amazon reviewer said. Again, pursue this Oreo flavor with caution.

Hint: This limited edition flavor needs to go away. 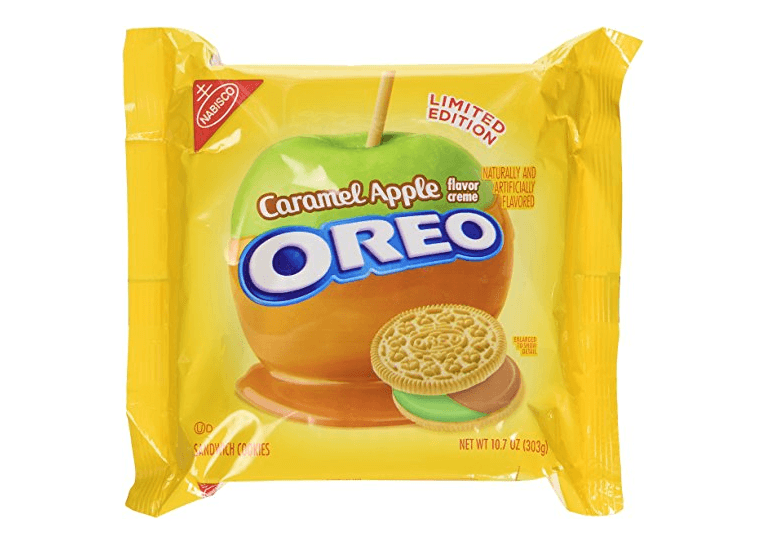 They have a pretty gross after taste apparently. | Amazon

Another flavor Nabisco can do without is caramel apple flavored Oreos. They have a “bad aftertaste,” a reviewer said. These are another limited edition flavor, most likely available during the fall. We prefer to stick to caramel apple suckers or a traditional cider mill apple covered in caramel. 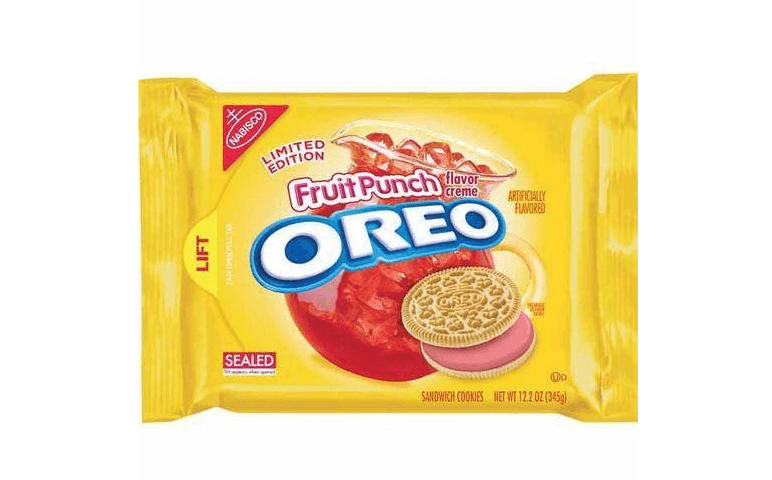 As if the limited edition flavors couldn’t get any worse, Nabisco releases fruit punch flavored Oreos. This concoction gets a total of three stars out of five among Amazon reviews. “These cookies taste like they just mixed the drink mix with the creme center, it’s cloying and gross!” a reviewer said. We enjoy drinking fruit punch and eating Oreos but that doesn’t mean we want the flavors to be mixed together. 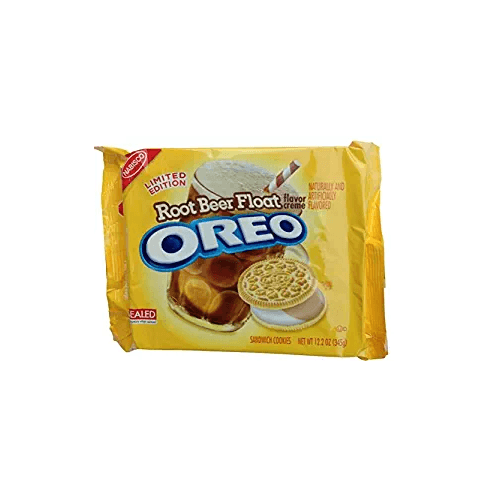 They manage to come up with weirder and weirder things. | Amazon

The limited edition flavors are some of the most outlandish flavors Oreo has to offer. Root beer float Oreos are no exception. We’d prefer to enjoy a traditional root beer float rather than munch on a root beer float flavored cookie. We suggest using root beer as a sauce. 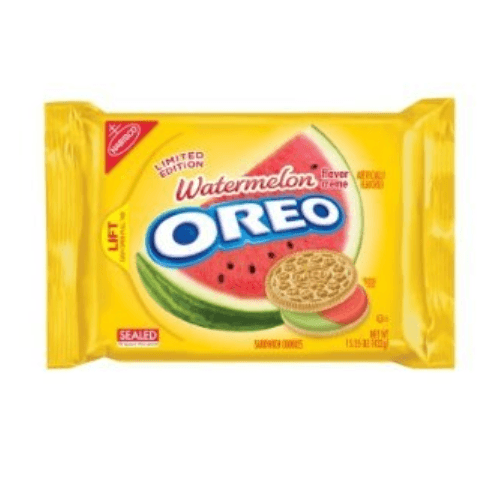 There’s a reason why watermelon cookies have yet to sweep the nation. They don’t taste good. The green and red cream filling is fun to look at but that’s where the fun stops. They taste “almost like a Jolly Rancher,” a reviewer said. We’d rather eat a Jolly Rancher instead of a Jolly Rancher flavored Oreo cookie. 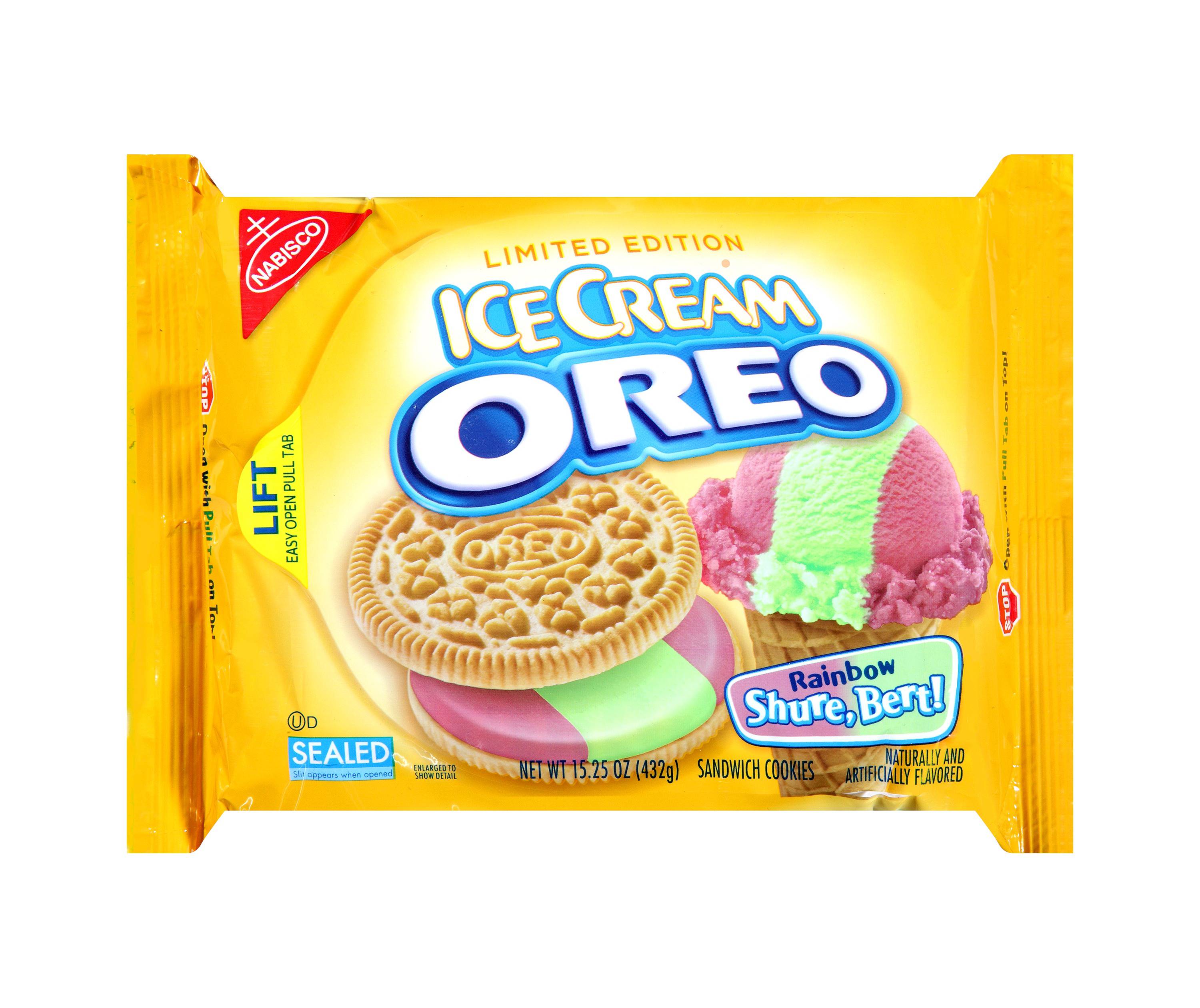 Ice cream flavored Oreo cookies sounds like a good idea in theory. In practice, the flavors fall flat. For starters, why Nabisco chooses rainbow sherbet and names the flavor “Rainbow Shure, Bert!” is beyond us. This is where the artificial flavoring goes too far.

Hint: Minty Oreos are a no go. 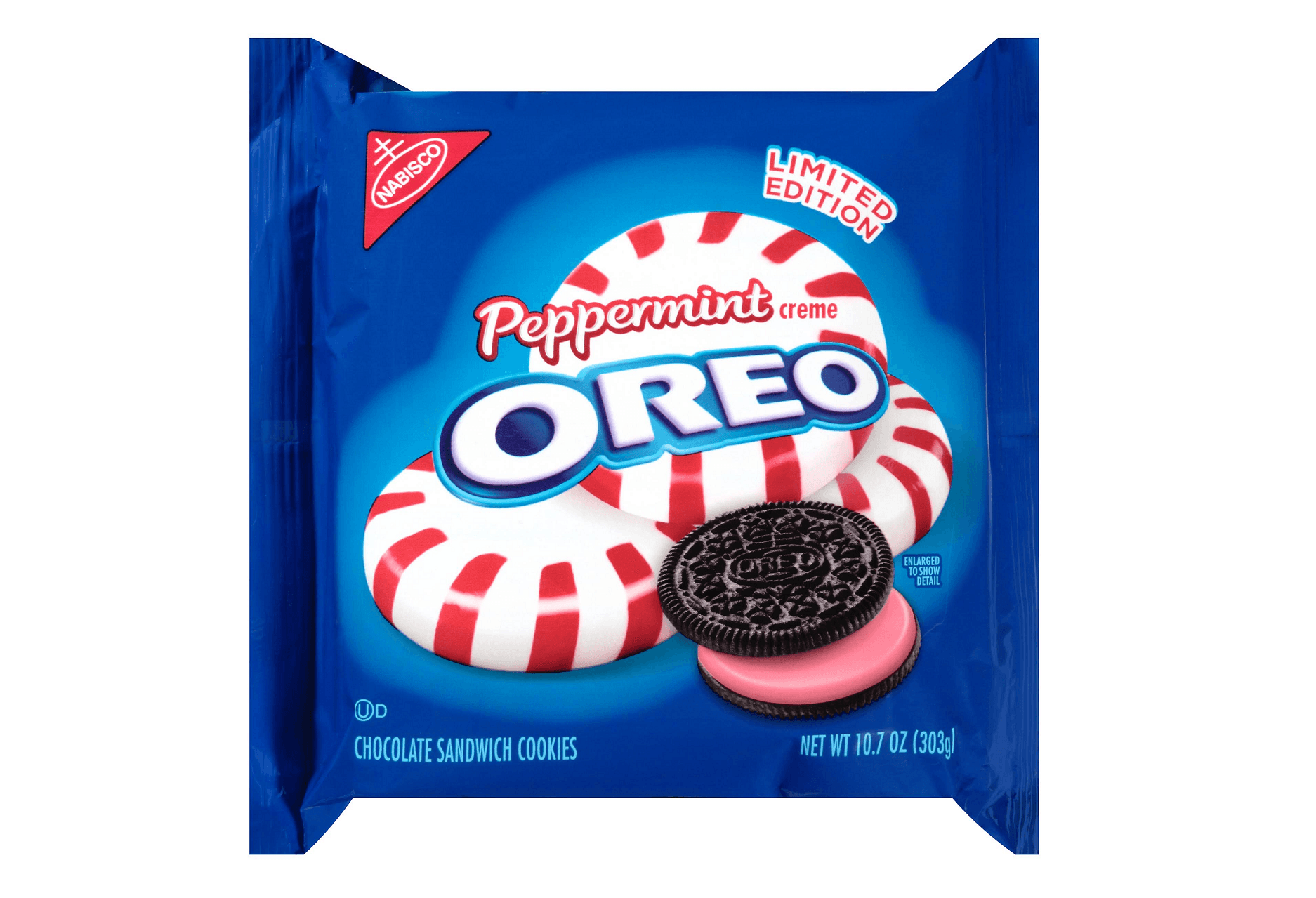 It’s not the worst on this list but it’s not great either. | Fresh Bites Basket

Instead of hanging candy canes on a Christmas tree, hang candy cane flavored Oreo cookies. Guests will take one bite of these cookies and spit them out. Yes, some people enjoy the taste of peppermint cookies. However, we think Nabisco should stick to the more traditional Oreo flavors.

Hint: The gritty taste of these cookies isn’t appetizing. 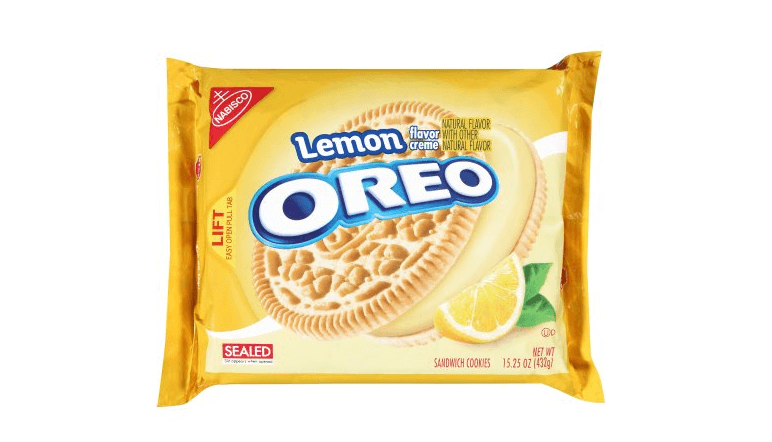 Mediocre lemon cookies that have a chalky taste. | Walmart

While some consumers may enjoy lemon infused Oreo cookies, we’d pass on this particular flavor. One reviewer describes the cookies as having a “chalky taste,” on Walmart’s website.   “If you want mediocre lemon cookies these are it,” another said. To sum things up, the fake lemon taste falls short in these cookies.

Hint: Eat the real thing instead of the Oreo version of this treat. 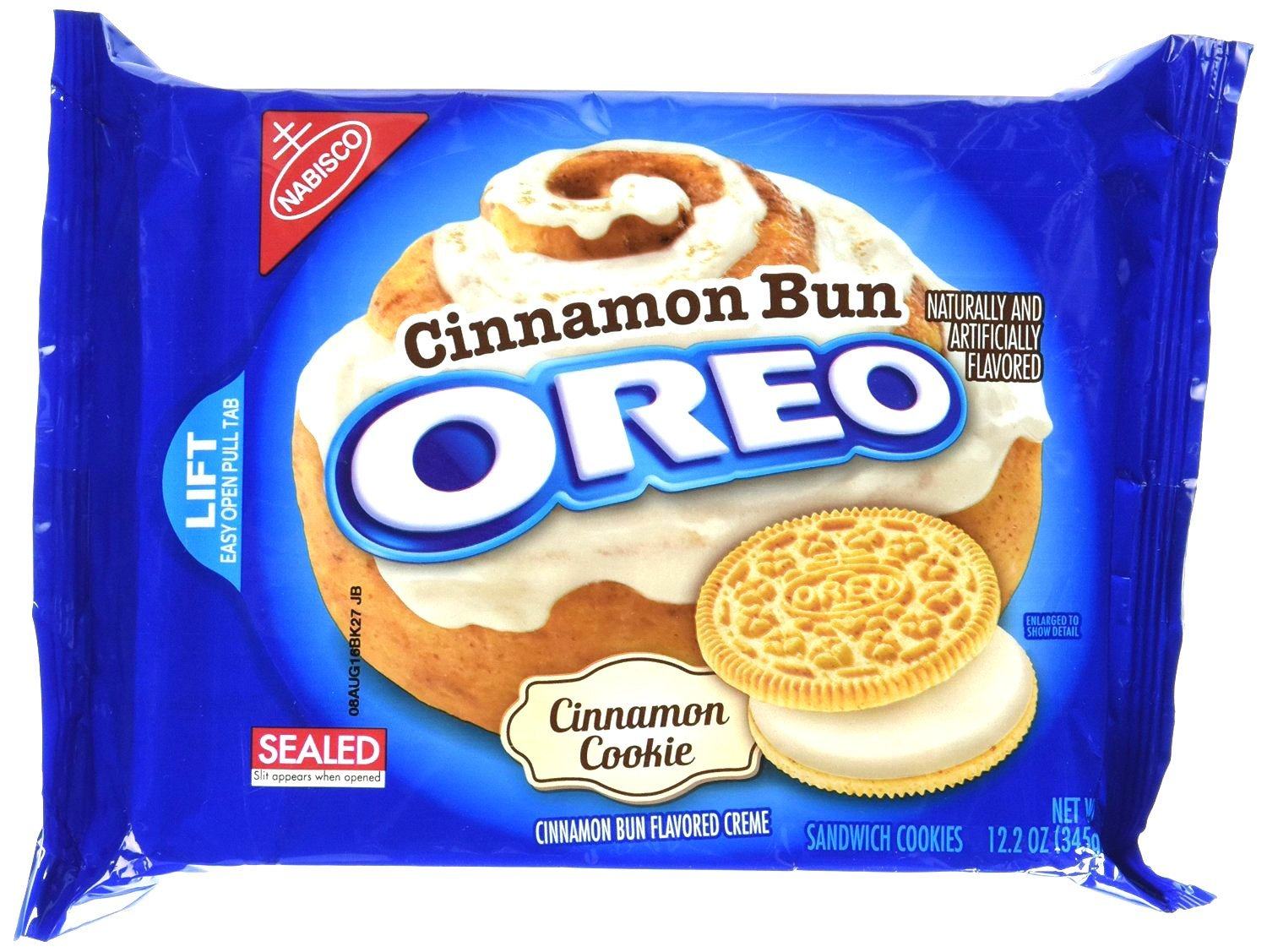 It’s not as good as it sounds. | Amazon

Hint: This version of a popular flavor disappoints customers. 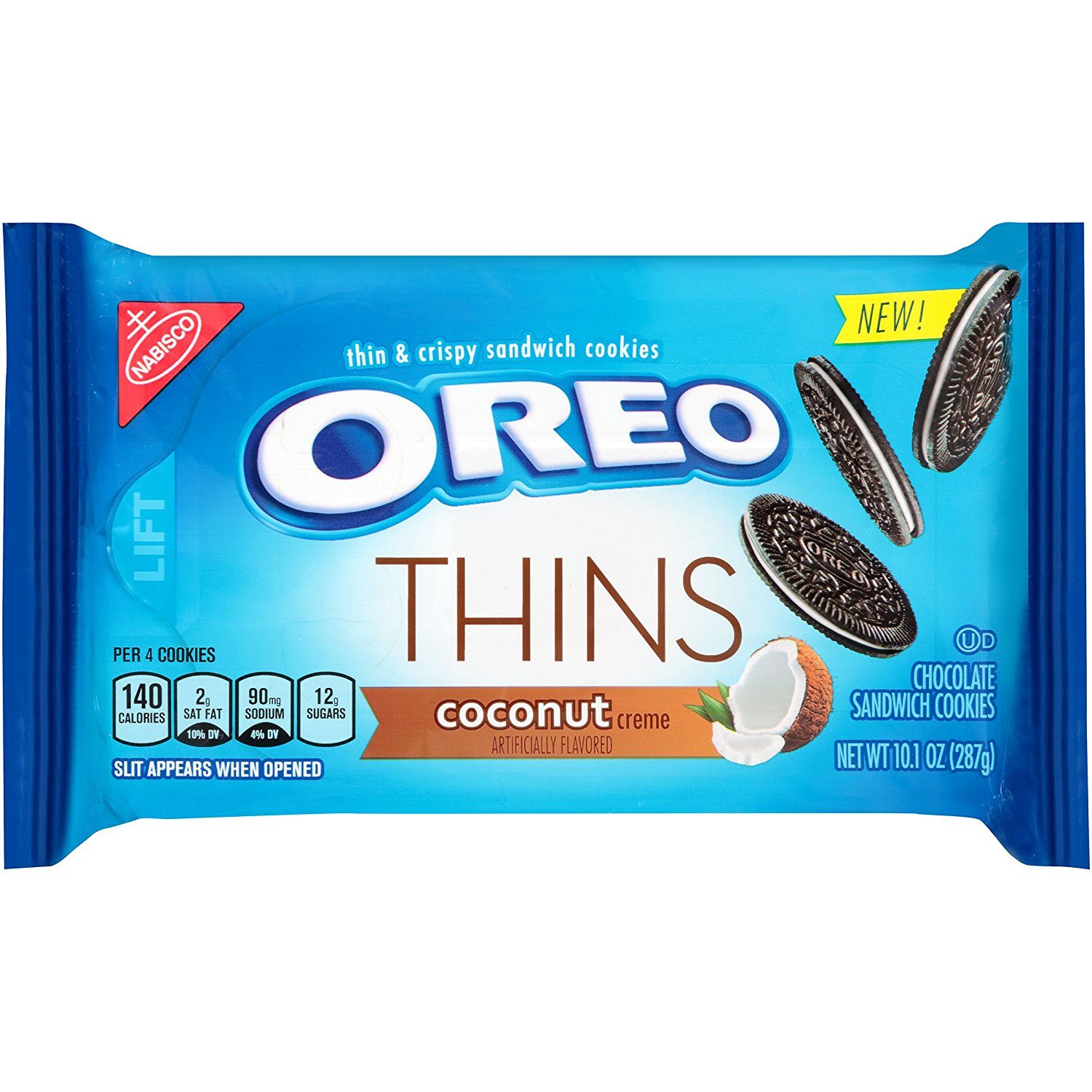 For those crazy for coconut, pass on coconut cream Oreos. “The coconut flavor isn’t as strong as I’d like,” a reviewer said. The flavor is so mild for another person, “they tasted just like regular Oreos.” While these aren’t the most disgusting Oreos, these are extremely disappointing.

Hint: Another flavor misses the mark. 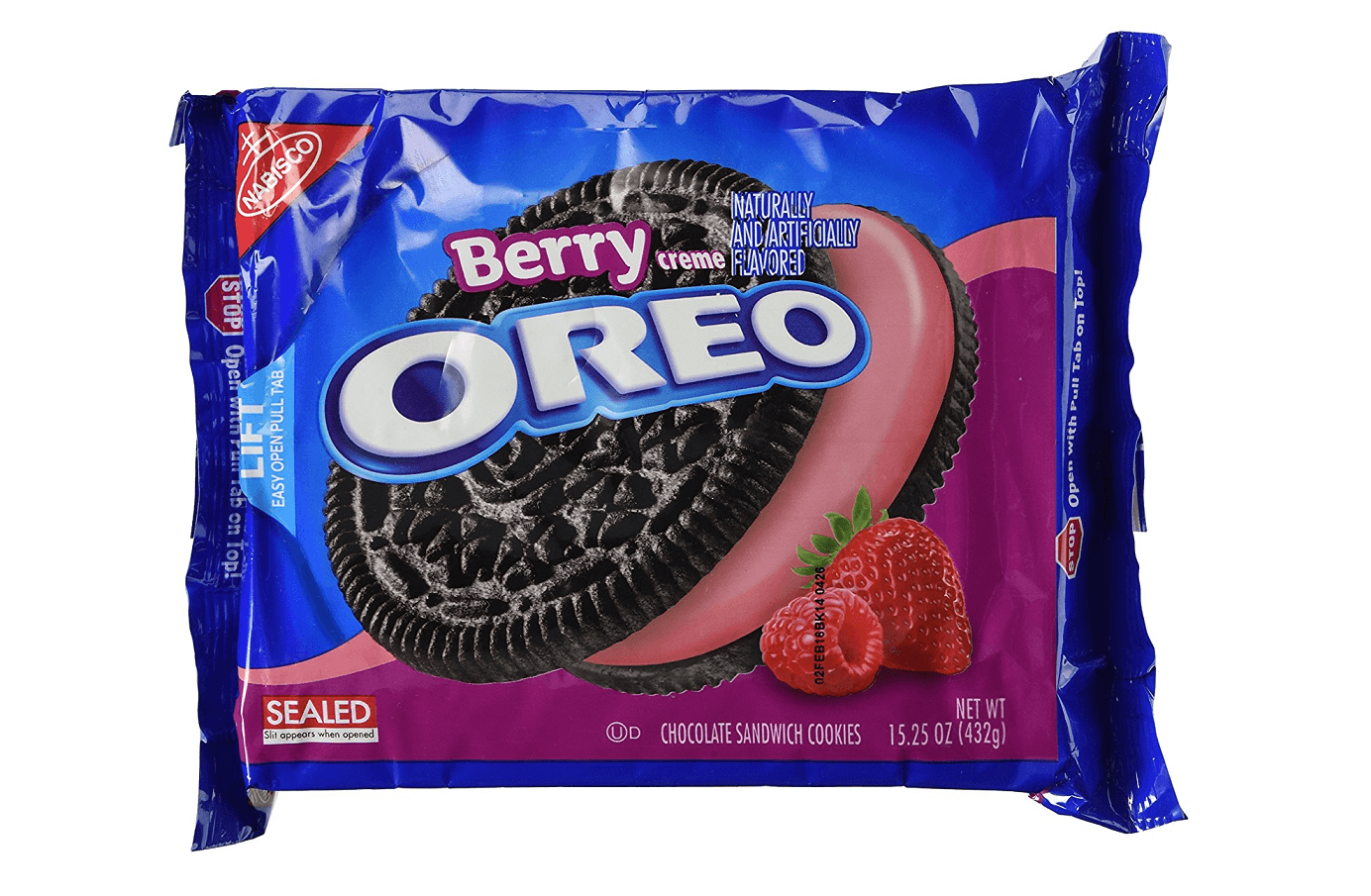 It’s not a great combo. | Amazon

Think about eating a chocolate from the box without knowing the flavor only to realize you’re eating a fruit-filled chocolate. Spitting the chocolate into a napkin usually follows. So, why would Nabisco release a chocolate berry flavored Oreo? The cookie’s the equivalent of a fruity chocolate. Get the napkins ready. 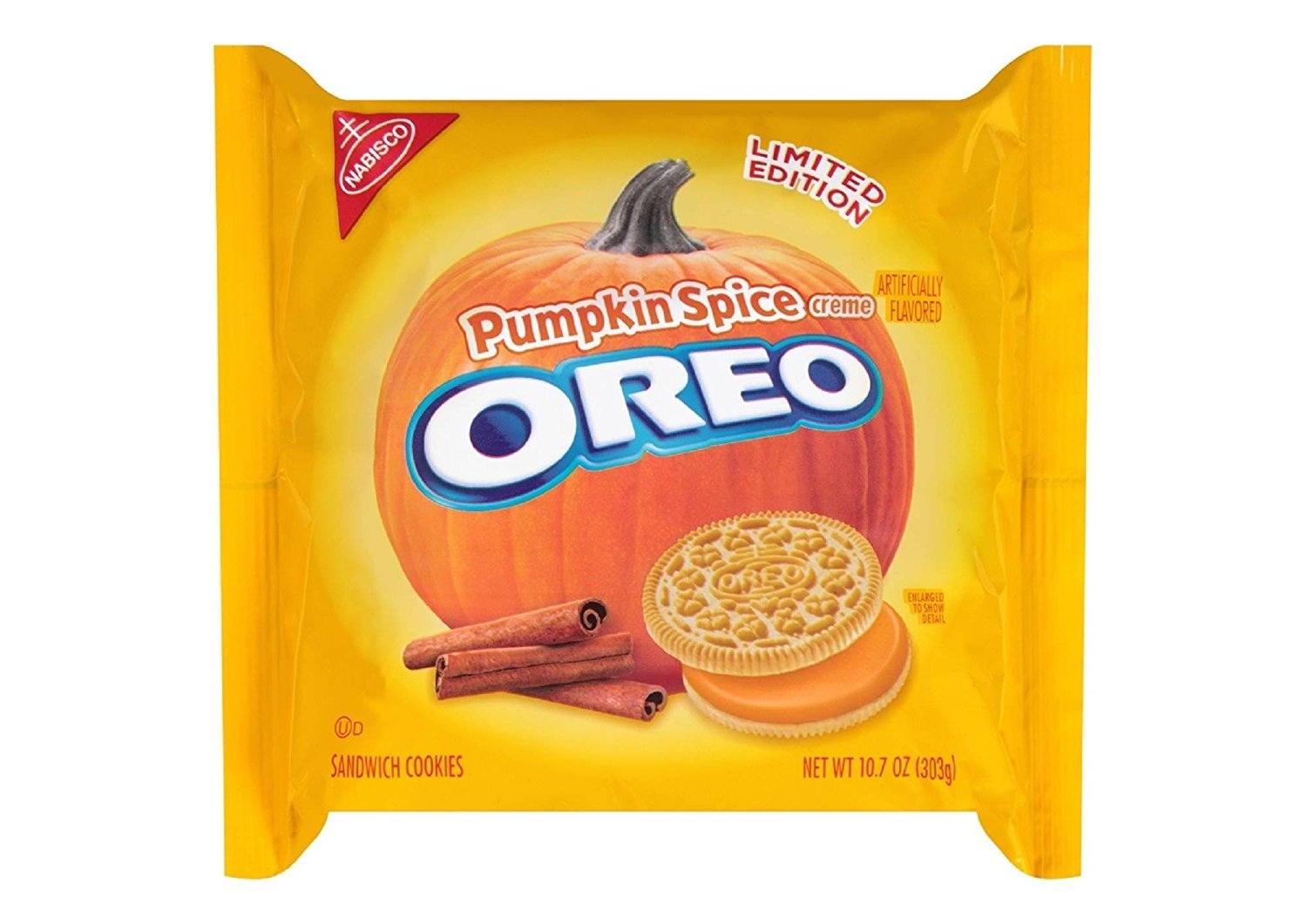