5 of the World’s Most Unique Border Crossings 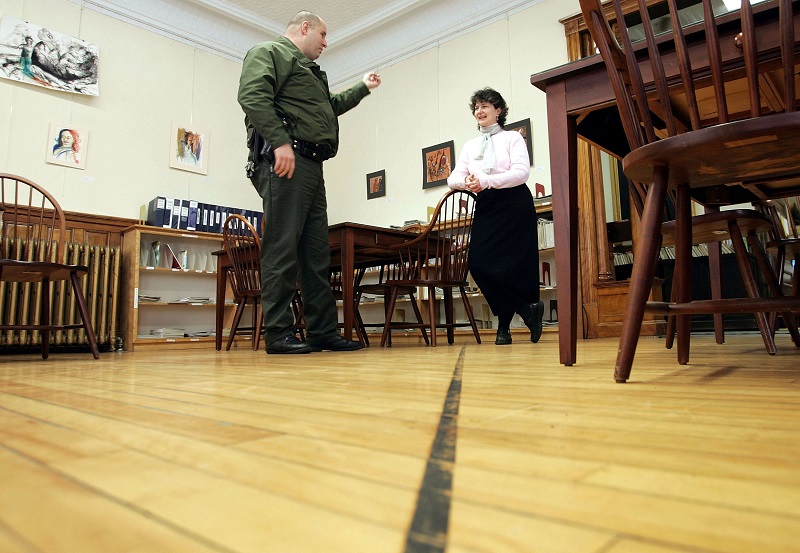 Getting stuck at a border crossing | Joe Raedle/Getty Images

Crossing an international border can suck —–not only because it can turn into a stressful, somewhat scary task, but there’s also the chance that you could get stuck there for hours. If you’ve ever had a mishap with your paperwork, or simply run into a moody or over-serious border guard, then you know just how long a border stop can take. Not that you can blame them — it’s an important and serious job. But for you and your friends who just wanted to make a quick trip to Mexico for a fun weekend, a rather routine stop at the border could turn into a drawn-out battle of wits. Just don’t do or say the wrong thing.

Though some border crossings are nothing more than an endless line of cars and buses, all jockeying to pull up to a manned booth in the shortest amount of time possible, there are many around the world that are incredibly unique. So unique, in fact, that there are no guards — and the folks that live and work around these areas make do.

The U.S. is home to several such borders, but the world is full of them. Many of these crossings are so far-flung and remote that hardly any people ever learn about them, let alone see them in person. Others are nearby to many major population centers, and can make for an interesting day trip. But for travelers who love to border-hop, we’ve found several border crossings that are incredibly unique. You may not be able to get to all of them in one lifetime, but reading about them is equally (well, maybe not equally) as fun! Read on to see five of the world’s most unique border crossings. 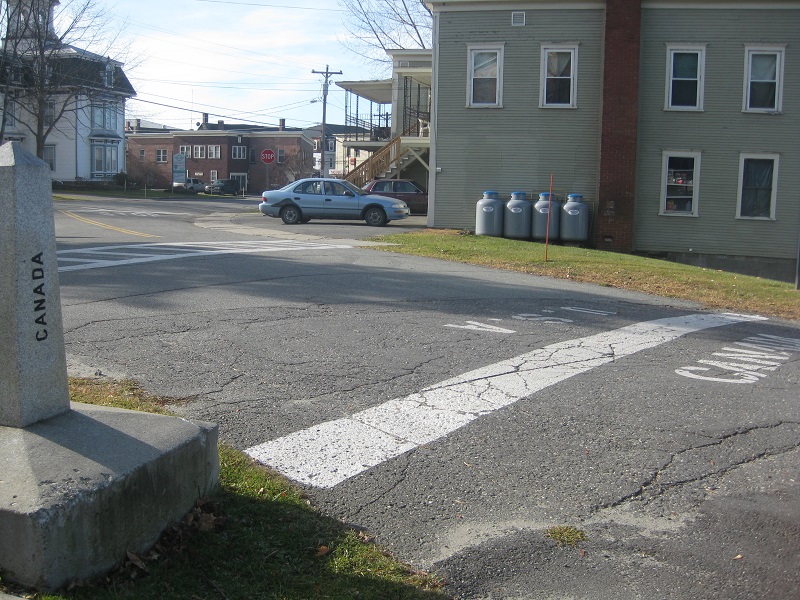 Residents of Derby Line, Vt., have an interesting conundrum that they deal with on a daily basis: Their small town literally straddles the border between the ‘Fly Fifty’ and ‘America’s Hat,’ Canada. Derby Line is connected to Stanstead, Quebec, by this border, and while historically many roads have been open to residents wishing to get across town, things have been tightened up so that everyone must pass through on U.S. highway 5, which turns into Quebec Route 143 on the other side. Interstate 91 also crosses the border several hundred feet away, but presents a less-intimate experience.

Check out the library, which actually sits on top of the border itself — meaning you can cross between two countries within the same building.

Remember when Sarah Palin bragged about being able to see Russia from her house, or whatever? Well, she didn’t say it was her house; she said it was an island. And there is one place you can see Russia from Alaska: The Diomede Islands. The Diomedes are two small islands in the Bering Strait — one belonging to Russia, and the other to the U.S. Only 3.8 kilometers separates the two, and the International Date Line runs between them as well. That means that you can not only peer into a different country from one island to the other, but also a different date. 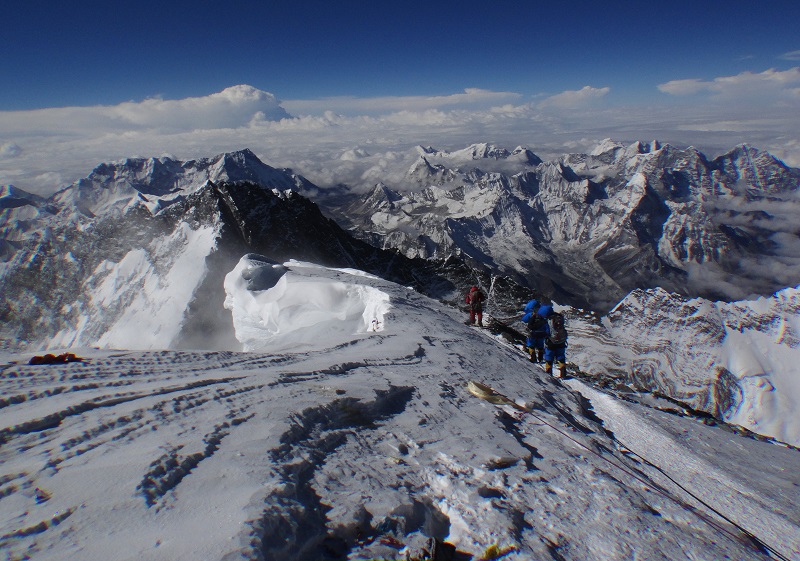 It’s not just the world’s tallest and most famous mountain — it’s also an international border, separating China from Nepal. This may, in fact, be the most difficult international border to see in person, given that it’s at the literal top of the world. The border between China and Nepal straddles the peaks of the Himalayas, and thus falls right on top of Everest’s summit. You won’t have to worry about any pushy border guards up there, however. If you do end up climbing the mountain, you’ll have all your paperwork taken care of prior to heading for basecamp.

The border along the 49th parallel has created a very curious situation in Washington state, one that is best explained by looking at the image above. That little peninsula sticking out into Boundary Bay, just south of Vancouver B.C., is actually a part of the United States — and is one of only four areas in the U.S. that is not actually connected to the contiguous lower 48 states. Yes, people live there, and you can get there by either boat or plane, if you don’t feel like taking the long way around — although you’d get to see another cool border crossing at the Peace Arch.

In one of the world’s most unique signs of solidarity and unity, folks living along the Poland/Ukraine border partake in an annual Land Art Festival, in which large pictures are etched into the landscape — across the border. The video above is a short documentary showing how it is done, and toward the end, you can see the images of fish that are constructed as a result. This may not be a border crossing per se, as there is no formal installation for going back and forth, but it definitely marks one of the neatest places on Earth to see citizens of two different countries working together in concert.