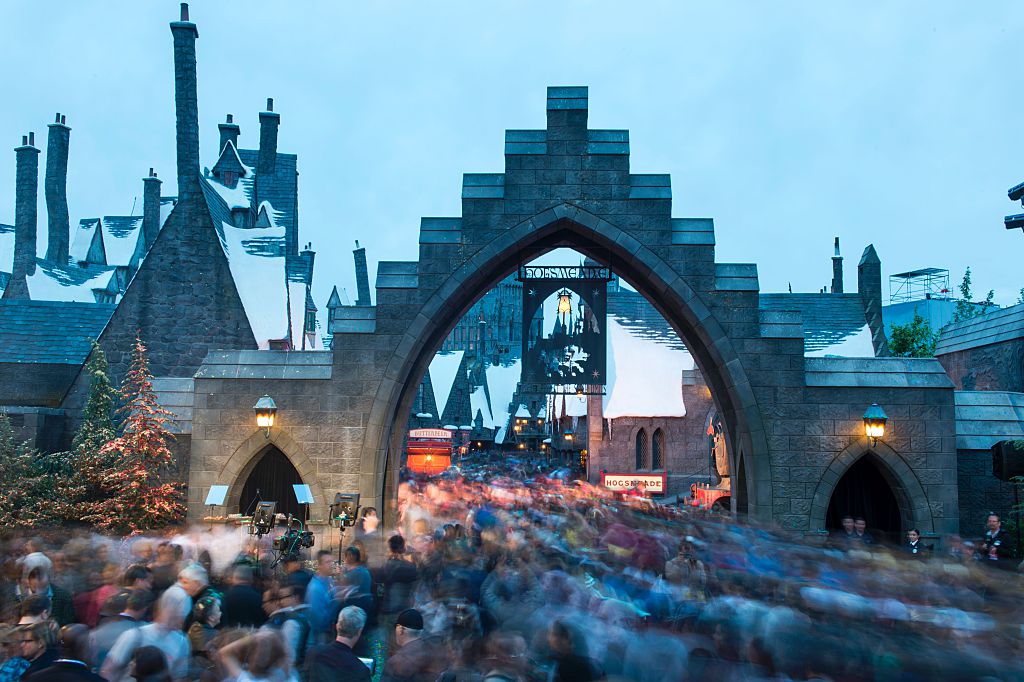 A little family fun this summer could break the bank. Admission to popular amusement and theme parks has been inching upwards for years, but this year ticket prices took a big leap at some of the country’s most popular attractions, including Disney World, Disneyland, and Universal Studios Hollywood. Now, it seems like you could practically build your own roller coaster for the price of a theme park vacation.

In March, Disney Parks adopted variable pricing. You’ll pay more to hang out with Mickey and friends on weekends, holidays, during summer break, and at other peak times. Now, a one-day adult ticket for Disney Magic Kingdom on a weekday in mid-July costs $124. But if you can put off your visit until September, when the crowds thin out, you’ll save almost $20.

If you planned to check out the new Wizarding World of Harry Potter attraction at Universal Studios Hollywood with your budding witch or wizard, those park prices were also raised this year. Expect to pay between $95 and $115 for a single-day ticket, depending on when you visit.

Want to see a special attraction or jump to the front of the line at these or other big parks? You’ll pay extra. Then there’s parking, food, and souvenirs. All in all, one day at a theme park can easily set you back hundreds of dollars.

But you may not have to scratch a theme park vacation off your summer wish list list just yet. There are still deals to be found at some parks, even in major resort and tourist areas. We’ve scoured the internet for some of the best deals we could find for theme parks and amusement parks large and small, so you can enjoy a fun day with the family without going broke.

In all cases, we’ve highlighted the price for single-day tickets. Most of the best deals can be found if you buy your tickets online in advance; you’ll almost always pay more if you pay at the gate. If you’re planning to spend more than one day at a park, multi-day tickets and season passes may be a better value. At some parks, admission for kids is discounted. Also look out for coupons, deals on late-in-the-day admission, and other discounts, which can help you save even more on your theme park vacation this summer. 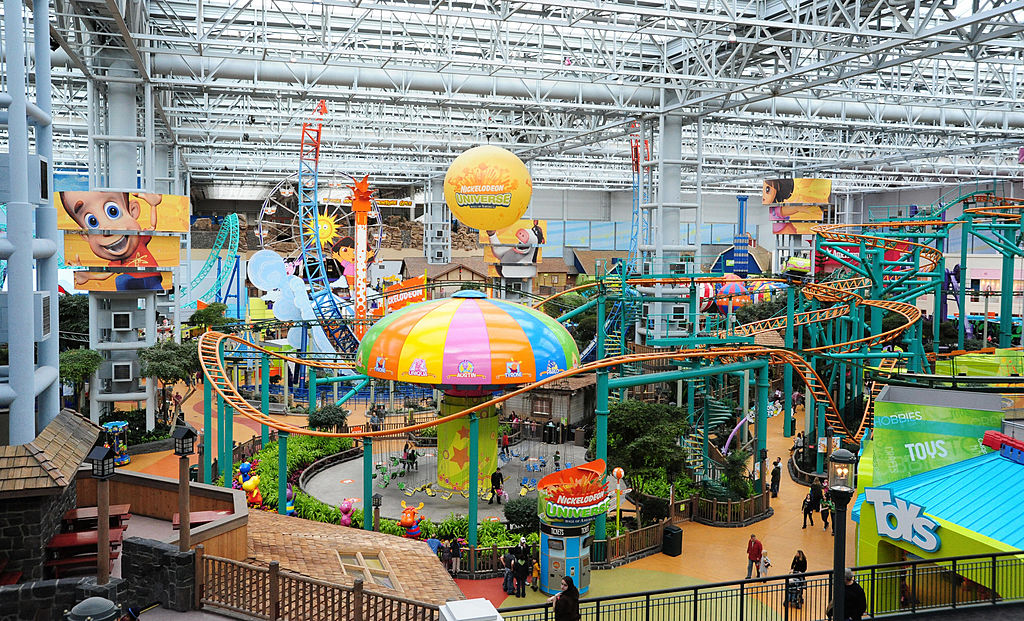 Unpredictable summer weather can turn a fun theme park outing into a disappointing disaster. When you plan a visit to Nickelodeon Universe, you won’t have to worry about a heat wave or thunderstorm spoiling your good time. This 7-acre indoor amusement inside the Mall of America has more than two-dozen kid-friendly rides, including rollercoasters and a log flume. You can get an all-day wristband and a meal of hot dog, chips, and a drink for $36.

Admission to popular Southern California theme parks like Disneyland and Universal Studios can be more than $100 per person. Knott’s Berry Farm, just up the road from Disney, is a bargain by comparison, with single-day tickets for adults available for $44 for adults (with three-day advance purchase) and $42 for kids and seniors. The park just unveiled a new 4D ride, Voyage to the Iron Reef. (Sub-$50 tickets are also available at other parks owned by Cedar Fair, including Carowinds in North Carolina, Valleyfair in Minnesota, and King’s Dominion in Virginia.)

It’s Christmas all year round at this family-friendly New Hampshire theme park, voted one of the top 25 in the U.S. by TripAdvisor users. While you won’t find jaw-dropping rollercoasters or other thrill rides at Santa’s Village, younger kids will enjoy the holiday-themed rides and activities, waterpark, and visiting with Santa. Tickets are $31. 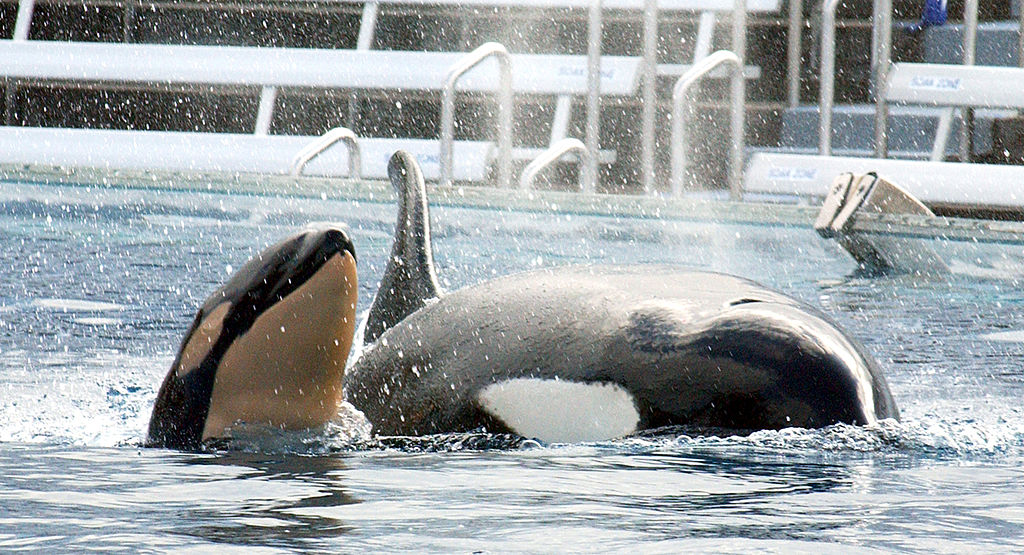 SeaWorld San Diego has struggled with poor attendance in recent years, in part because of controversy over its treatment of captive killer whales. For families who do want to take in an orca show, that’s good news. For a limited time, you can get a $50 weekday ticket if you buy online. The animal performances are the big attraction here, but there are also a handful of rides and exhibits like Shark Encounter, where you can get an up-close look at sea creatures through an underwater viewing tunnel.

USA Today’s 10 Best readers voted The Voyage rollercoaster at Holiday World in Santa Claus, Indiana, one of the 10 best in the country. You can decide for yourself when you visit the park. A single-day ticket is just $45 when you buy online. That also gets you admission to the Splashin’ Safari Water Park, plus unlimited free soft drinks and free parking.

Admission to Six Flags Over Georgia, a 290-acre theme park near Atlanta, starts at $45.99 if you buy online. The park is home to two of the top 100 rollercoasters in the U.S., as voted by members of CoasterBuzz, as well as a new virtual reality coaster. Younger kids can hang out in the brand-new Bugs Bunny Boomtown.

Kennywood has been a Pittsburgh institution since 1898, but don’t expect 19th-century thrills here. Located on a bluff overlooking the Monongahela River, the park is home to new attractions like a 4D theater, as well as classic rides you won’t find anywhere else, like Auto Race, where electrically powered cars move along a wooden track, and the recently refurbished Noah’s Ark, the only attraction of its kind in the world. A one-day Kennywood Ticket is $43.99. 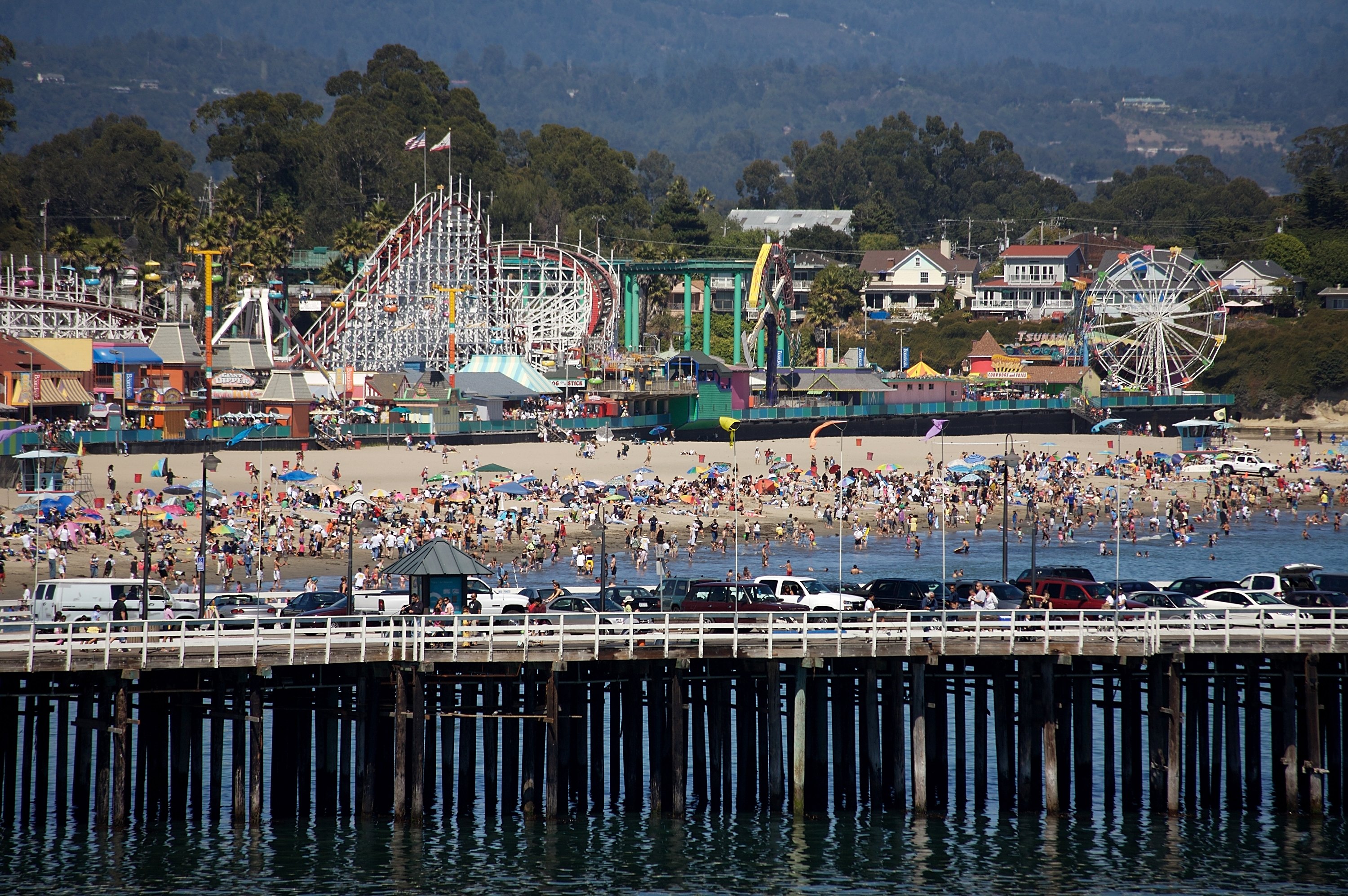 Forget Disneyland. The Santa Cruz Beach Boardwalk is the oldest surviving amusement park in California, having opened in 1907. (The carousel and Giant Dipper rollercoaster at this seaside park are a combined National Historic Landmark.) There are dozens of rides as well as mini golf, bowling, an arcade, and laser tag. Oh, and an oceanfront beach too. An all-day wristband and $15 in points for arcade games is $39.95 if you buy online.

If you’ve ever enjoyed a day at an amusement park, you have Rye Playland to thank for it. The park, which is located on Long Island Sound, between New York City and Greenwich, Connecticut, was the first planned amusement park in the country. Fans of the movie Big will also recognize the boardwalk where Tom Hanks visits the fortune-telling Zoltar machine. Today, rides include amusement park staples like bumper carts, carousel, and a log flume. Admission is $30 for unlimited rides.

This recently rehabbed Louisville, Kentucky amusement park, named one of the 10 best in the country by Fodor’s, is offering a pretty sweet deal for tourists this summer. Bring proof of out-of-state residency and you can get a two-day pass good for admission to both Kentucky Kingdom and Hurricane Bay water park, plus free drinks, for $29.95. Kentucky residents pay $45.99 per day.