You don’t have to be a soccer fan to appreciate some of the most popular 2018 World Cup cities in Russia. In fact, many of this year’s tournament cities are already popular tourist destinations. From historic cities to beach resorts, Russia has a lot to offer travel enthusiasts and soccer fans alike.

Discover the most popular 2018 World Cup cities — plus, what to do and where to stay — ahead.

Located east of the Ural Mountains, Yekaterinburg is the fourth largest city in Russia. Best recognized for its gold-domed Church on Blood, it is often referred to as Russia’s third capital thanks to its economy, transportation, culture, and tourism. 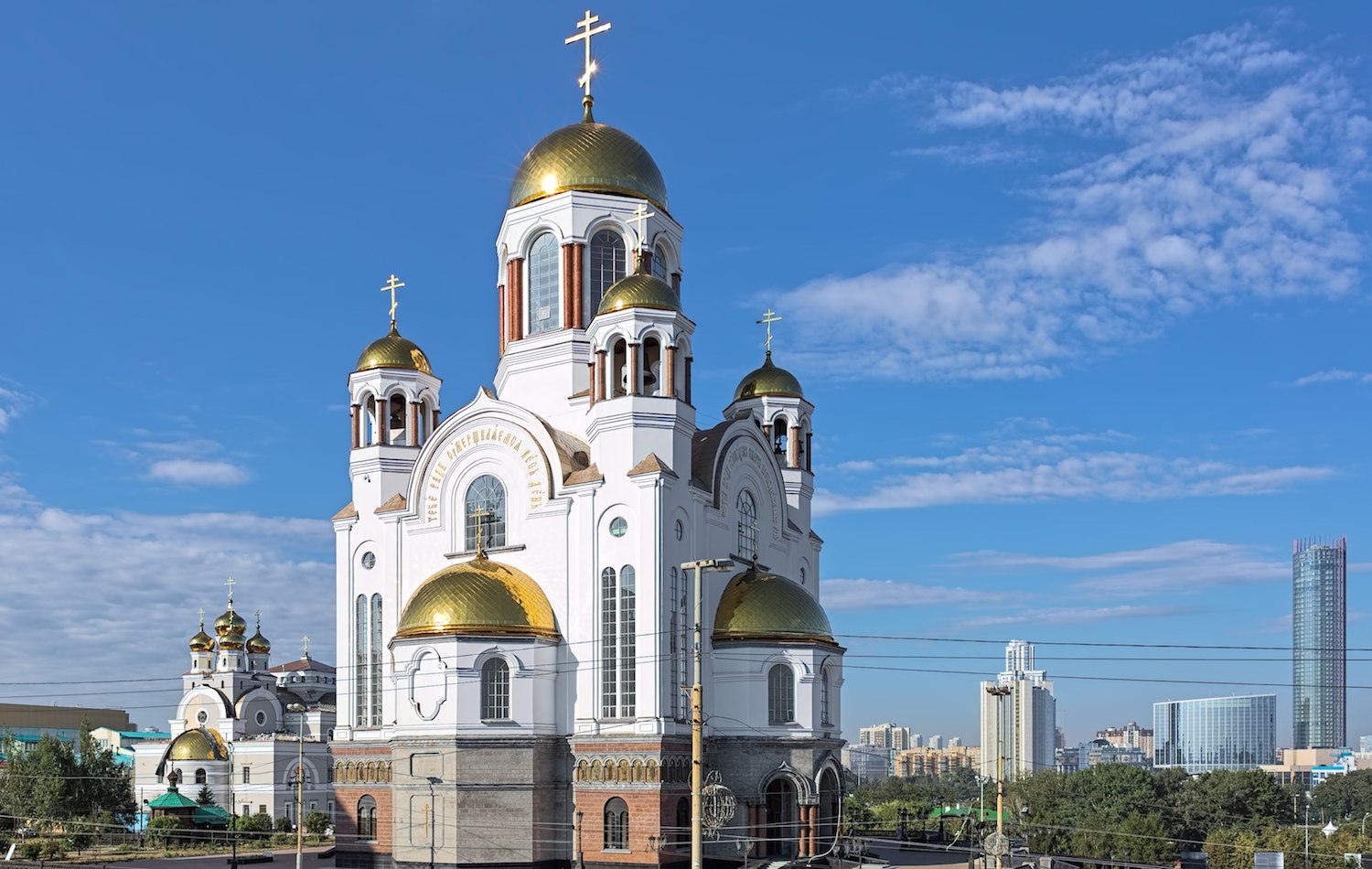 Wondering what to do in Yekaterinburg? A tour of the famous Church on the Blood is a great place to start. The Russian Orthodox church is located on a historic lot of land where the last emperor of Russia, Nicholas II, and his family were killed by the Bolsheviks during the country’s civil war. 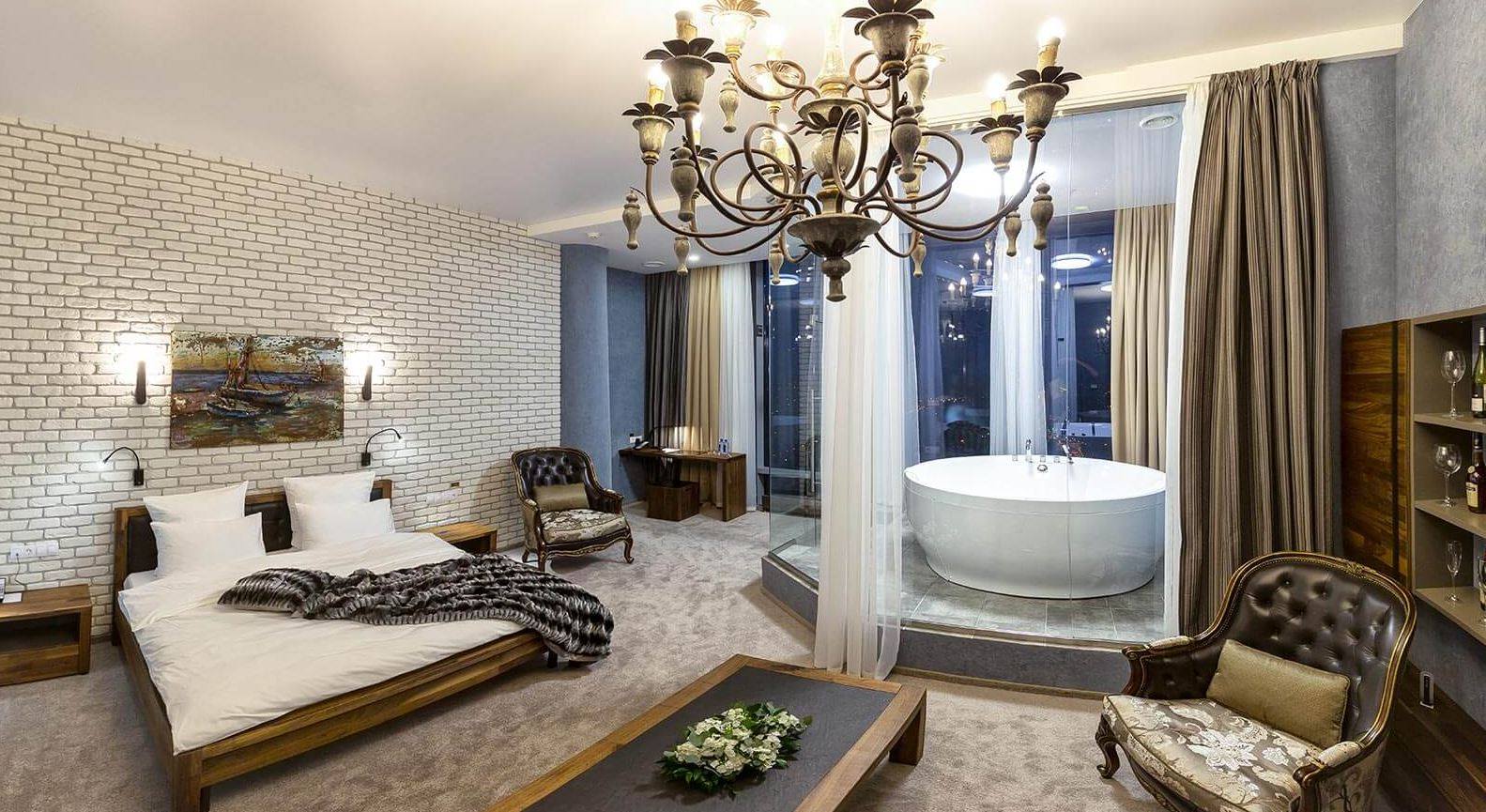 In addition to historic landmarks like Church on the Blood, Yekaterinburg is home to some of the country’s tallest buildings. And, get this: You can stay in one! Located in a historic building in the heart of Yekaterinburg, the skyscraper hotel costs around $100 per night and features breathtaking city views.

Another popular 2018 World Cup city to visit? Kazan. Located in the southwestern region of Russia off the Volga River, the popular city is the capital of the Republic of Tatarstan and best known for its Kremlin landmarks. 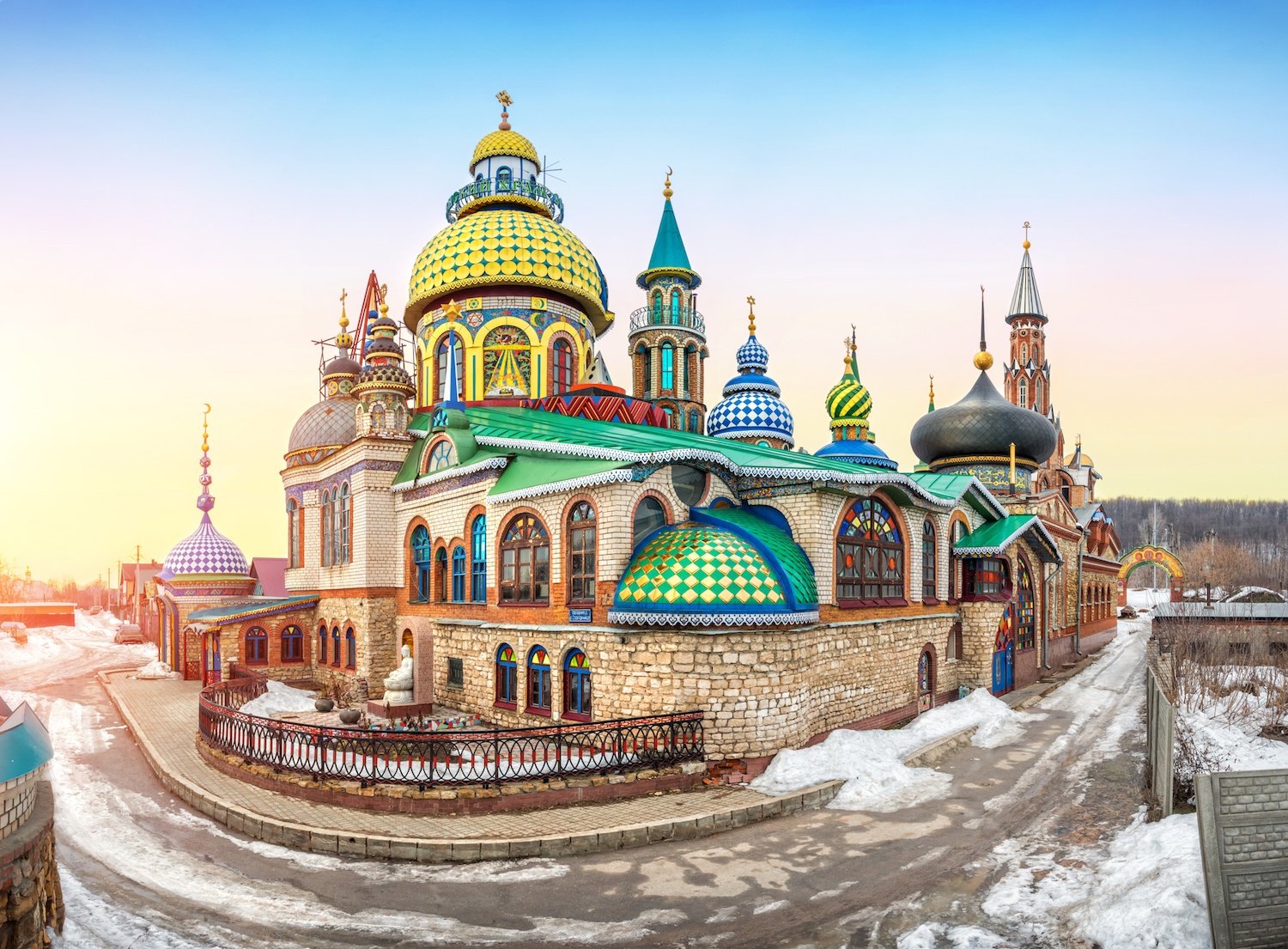 Temple of All Religions in Kazan, Russia. | yulenochekk/iStock/Getty Images

Home to the centuries-old Kazan Kremlin, a historic citadel of Tatarstan, Kazan has an abundance of museums, landmarks, and sacred sites. One of the most famous places to visit? The Khan’s Mosque. Filled with legend and mystery, the tower is a must-see. 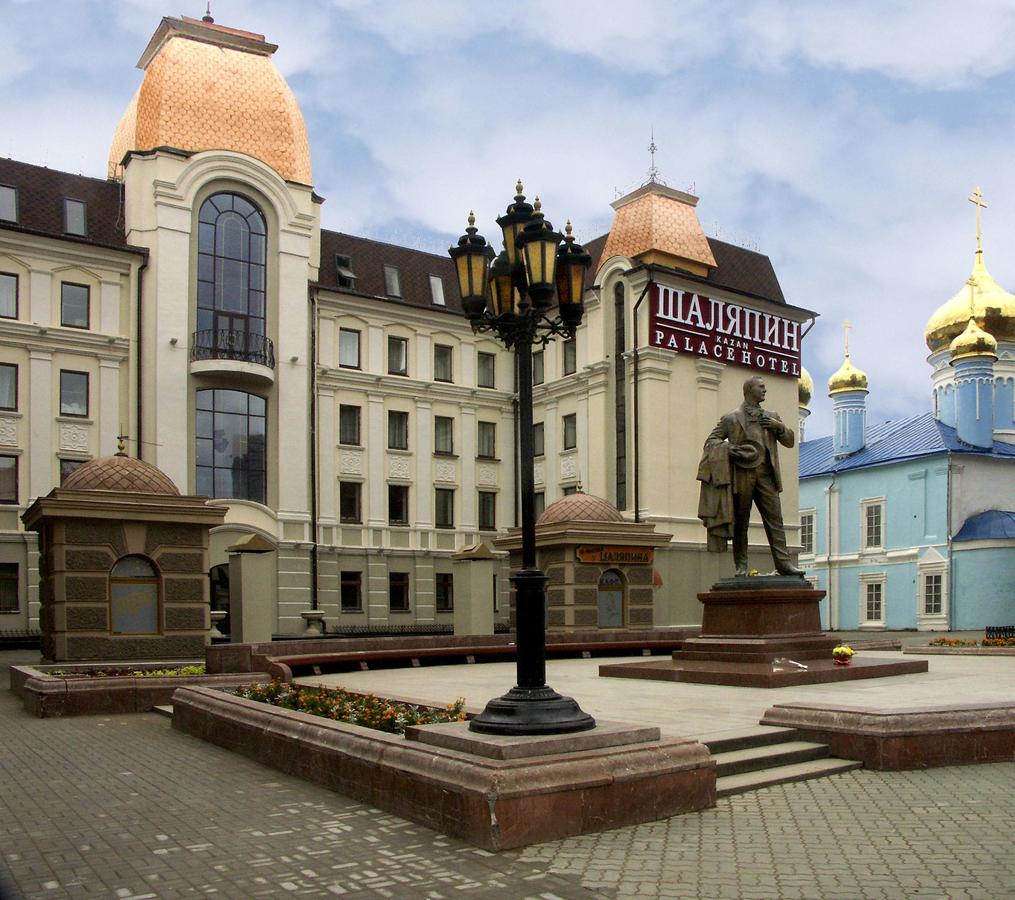 Looking for a place to stay in Kazan? Consider the Shalyapin Palace Hotel. Located in the heart of Kazan’s City Centre, the restored 19th-century hotel boasts historic architecture, a luxurious indoor pool, and decor fit for a tsar.

Considered Russia’s premier resort city, Sochi is no stranger to sporting events (hello, 2014 Winter Olympics!). Located on the Black Sea, the vacation destination is ideal for any outdoor enthusiast. 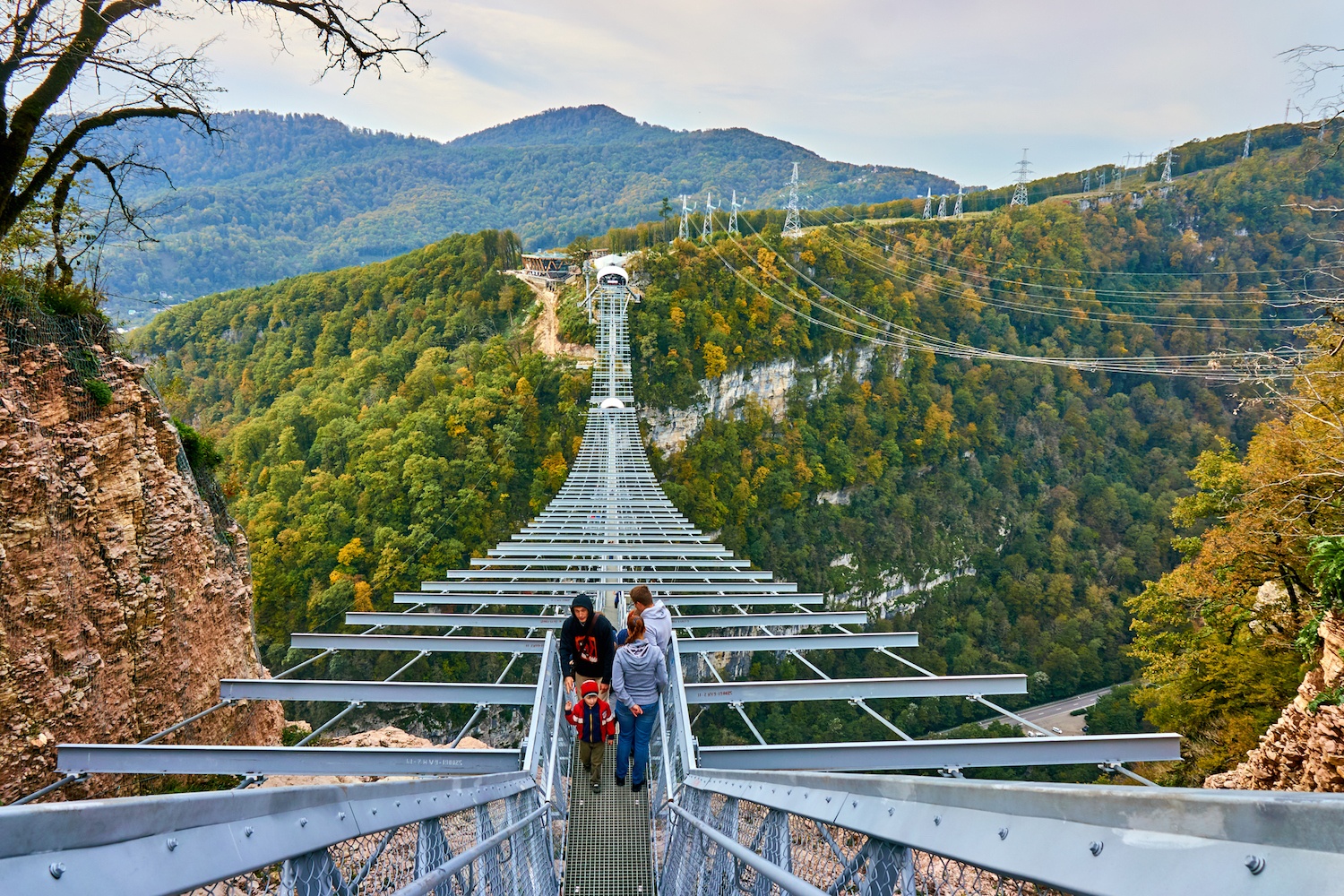 From skiing to hiking to swimming, there is so much to do in Sochi, Russia. For those visiting in the summer, a hike through Sochi National Park is a must. In addition to hiking, the historic Dagomys Tea Plantation is considered one of the most important tourist spots in Sochi. Plantation visitors enjoy a walking tour, tea tasting, and breathtaking views.

Planning a trip to Sochi in the winter? You don’t want to miss the Rosa Khutor ski resort. The popular vacation destination is home to a variety of restaurants and shops, an ice skating rink, and — of course — slopes! 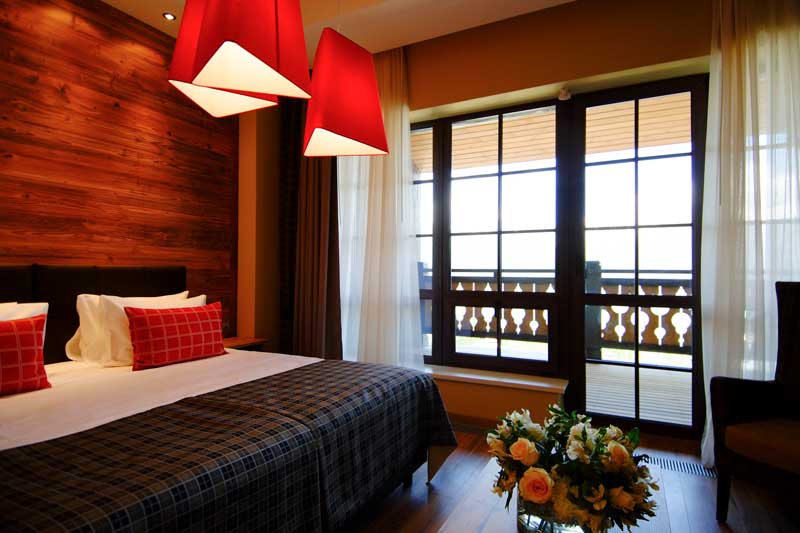 As one of Russia’s most popular tourist destinations, there is no shortage of great places to stay in Sochi. That said, the Polyana 1389 Hotel & Spa is one of the most breathtaking hotels in the country. Perfect for summer or winter travel, the lodge-like hotel is situated on Psekhako Plateau and boasts breathtaking mountain views.

This 2018 World Cup city is a must-see. Located on the Baltic Sea, St. Petersburg was the country’s imperial capital for two centuries. Considered Russia’s cultural center, St. Petersburg is home to the iconic Bronze Horseman statue and famous theaters, such as the Mariinsky Theatre. 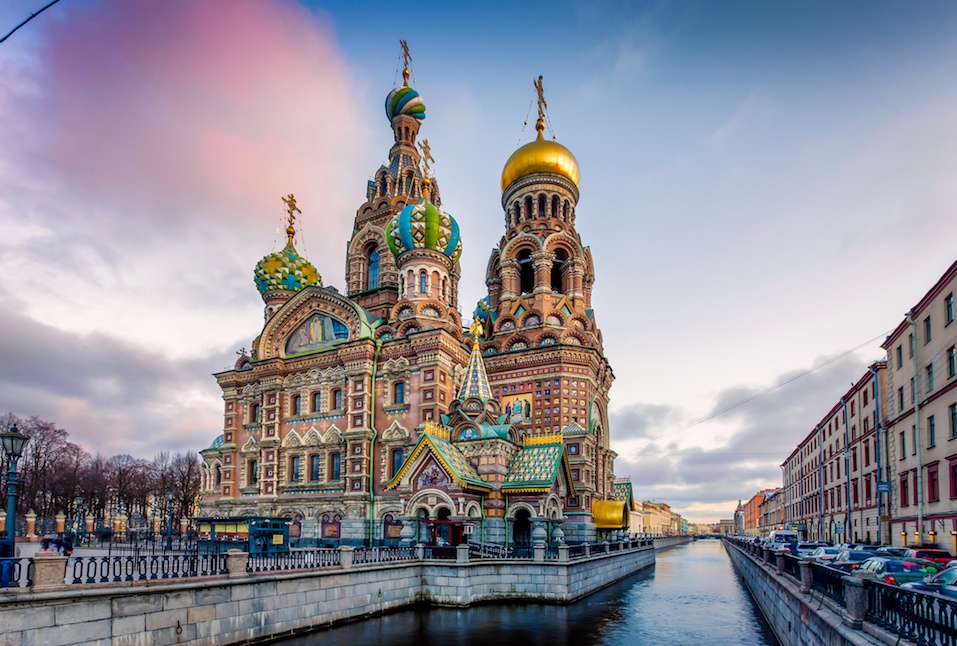 The Church of the Savior on Spilled Blood in St. Petersburg, Russia. | ZX-6R/iStock / Getty Images Plus

As Russia’s cultural center, there is so much to do in St. Petersburg. For those interested in the city’s history — and palaces — we recommend paying the Peterhof Palace and Winter Palace a visit. In addition, the 18th century Hermitage Museum is a must-see, as well as the Church of the Savior on Blood. 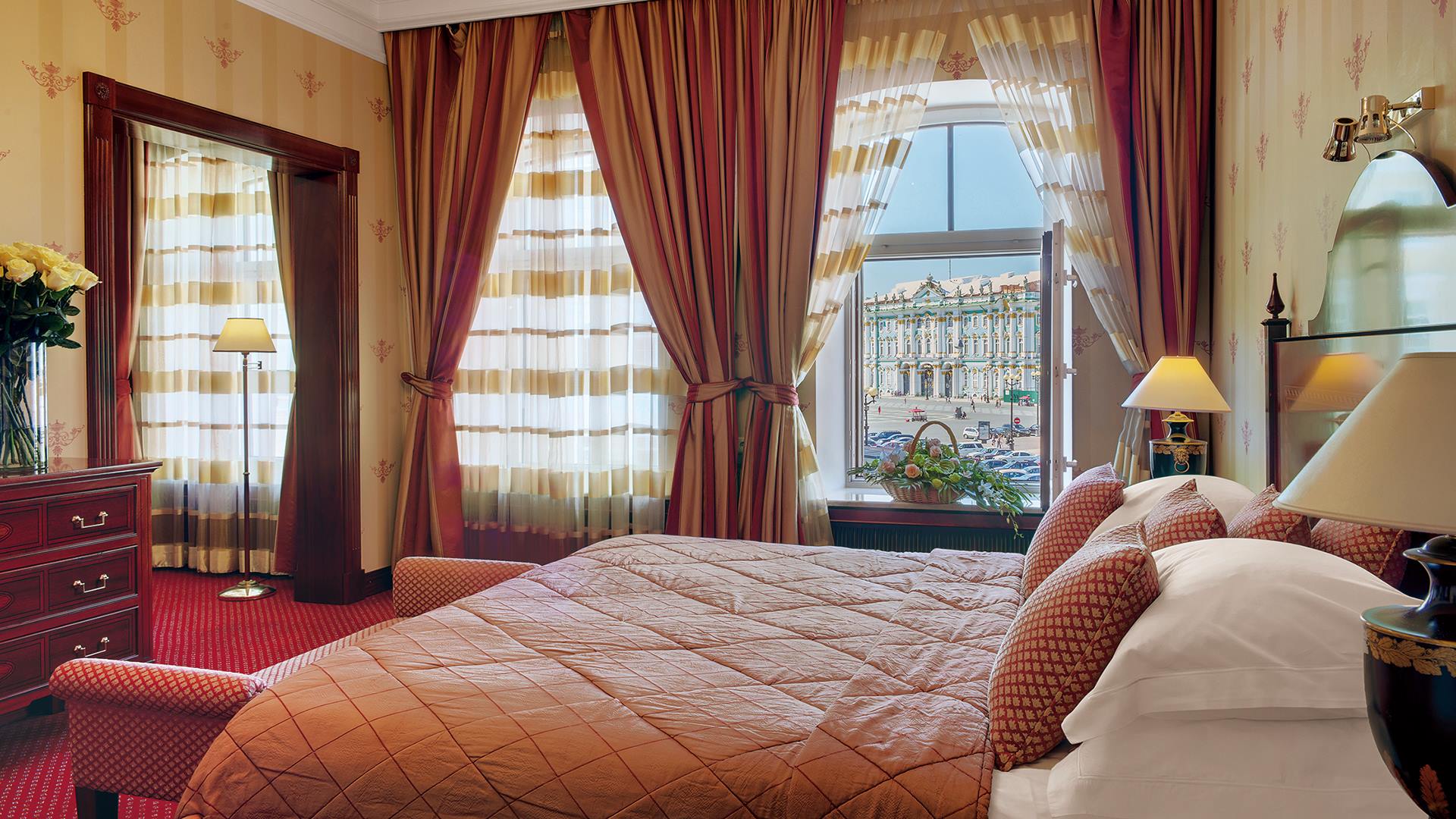 Looking for the best place to stay in St. Petersburg? Why not stay in a 19th-century mansion. Located on the Embankment River Moika, the Kempinski Hotel Moika 22 St Petersburg is located near a variety of famous landmarks — including the Hermitage Museum — and features stunning scenic views, historic architecture, and more.

Another 2018 World Cup city to check off your bucket list? Moscow. Located in western Russia, the country’s capital is home to some of the most recognizable landmarks in the world. 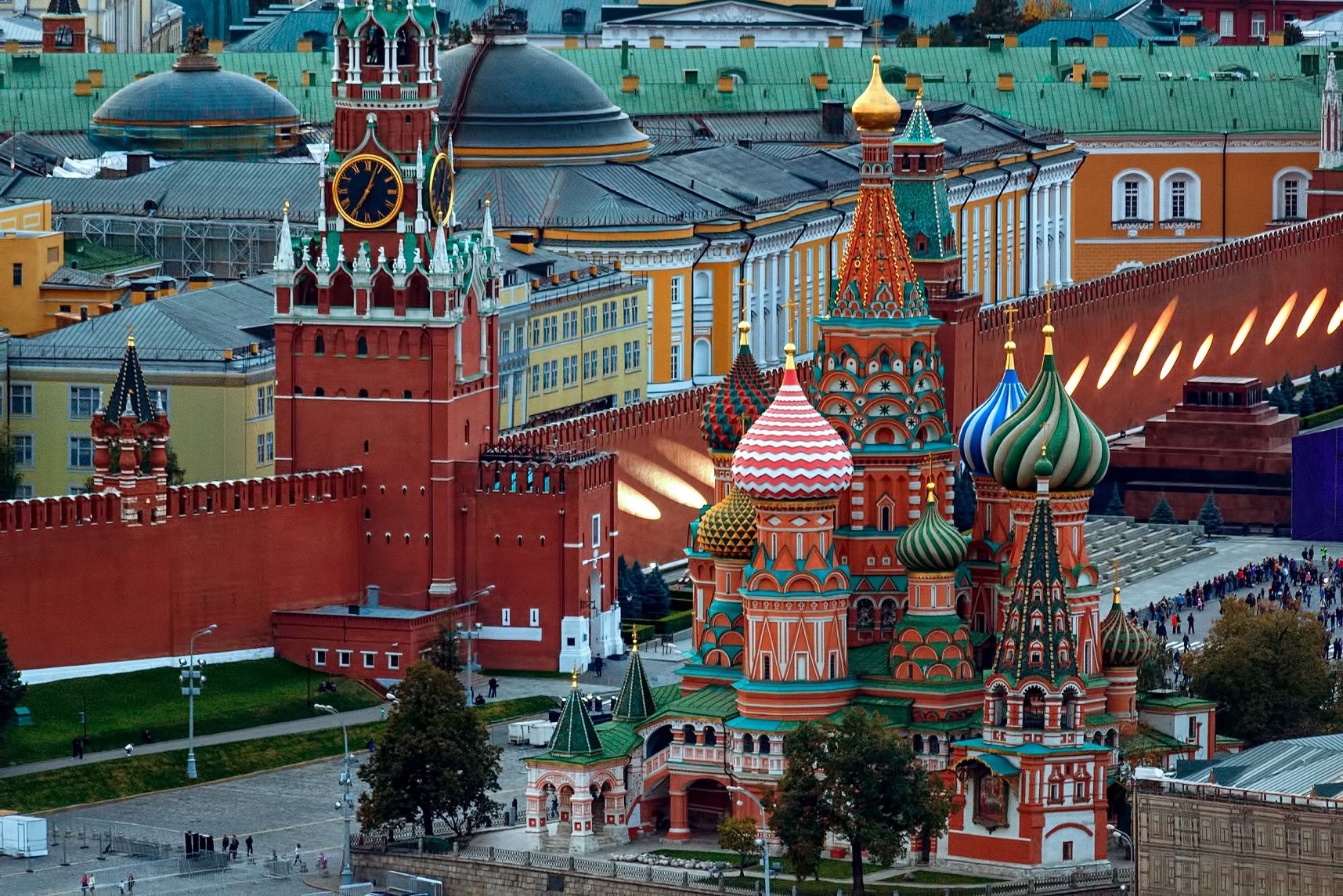 As the country’s cosmopolitan capital, there is a variety of things to do in Moscow. For starters, a visit to St. Basil’s Cathedral is a must. The colorful cathedral is located in the heart of the Red Square and was built by Ivan the Terrible in the 1500s. 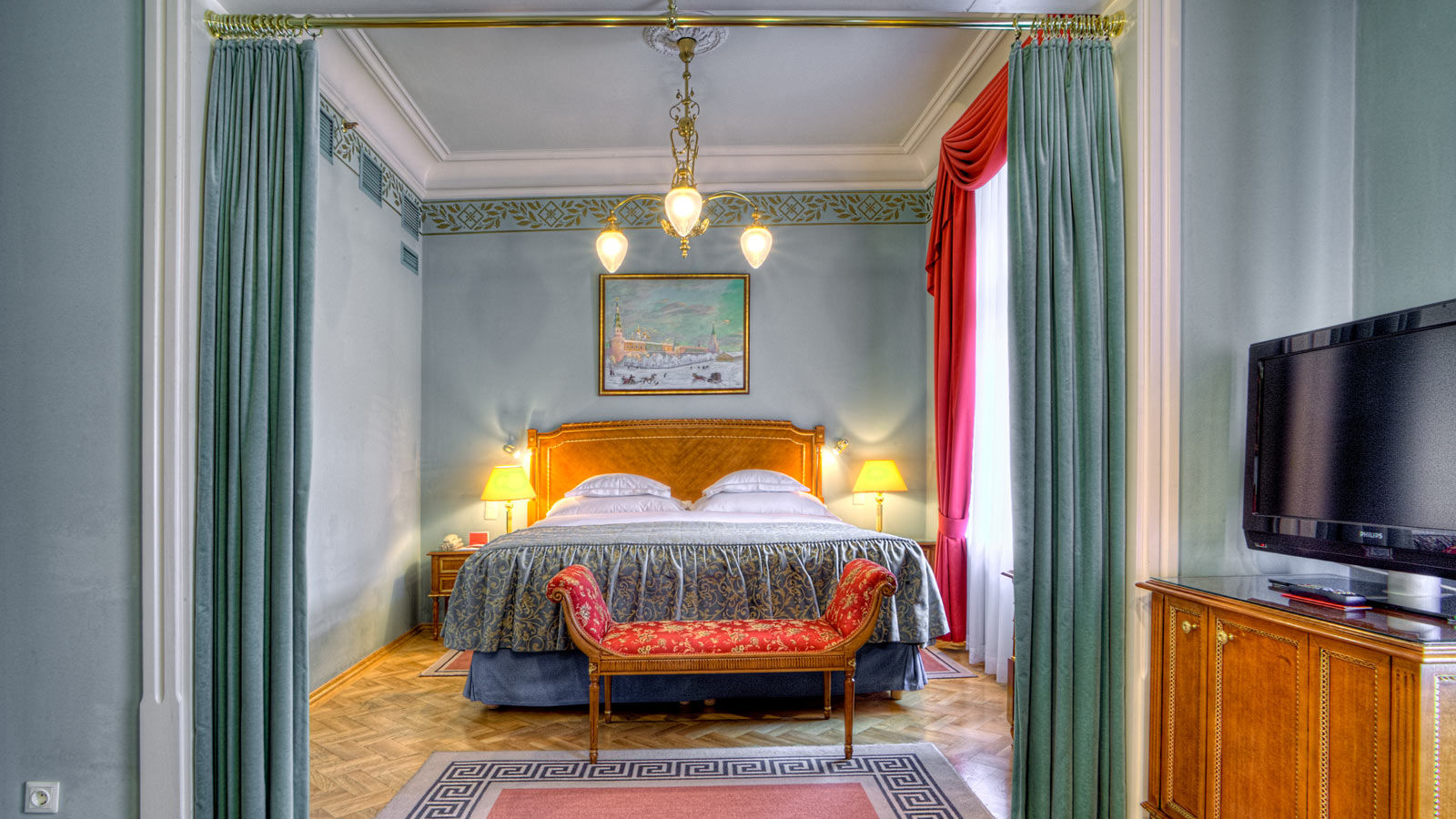 Russia is home to a host of landmark hotels, including the Hotel National in Moscow. Built in 1903 by famous Russian architect, Alexander Ivanov the five-star hotel features views of the Red Square and is a short walk from some of the city’s most popular tourist spots.