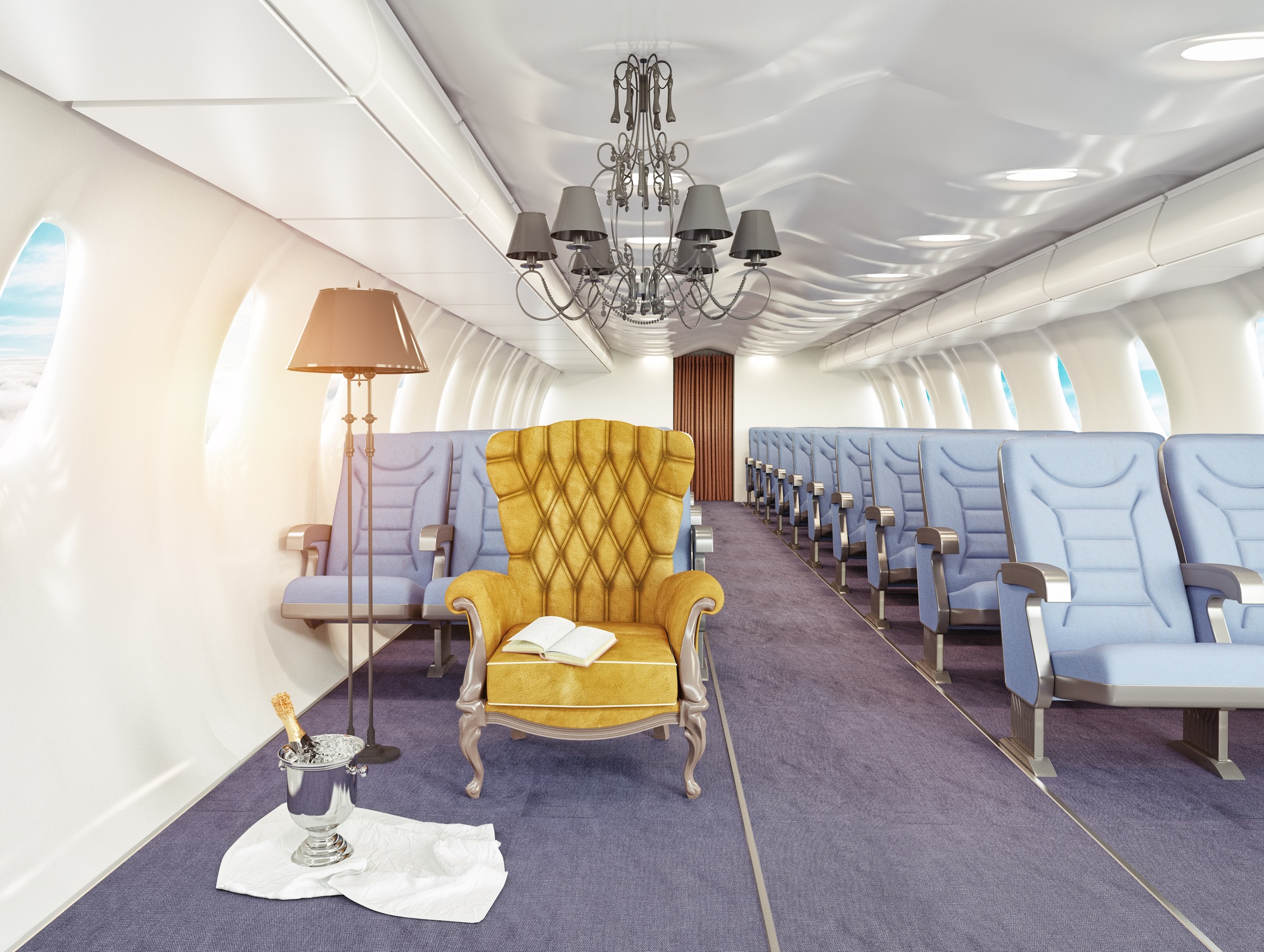 It used to be that the best you could hope for on a long flight was a comfy seat. Today, though, the best you can hope for is your own private suite, 6.5 foot bed, and private cabin complete with a butler. Read on for a look at the airlines that offer full beds and other super comfortable flying options.

Etihad was one of the first airlines to debut something like a luxury residence for flyers. Each lucky supremely first-class passenger got to stay in their own little boutique hotel-style room complete with a living room, bathroom, bedroom, and butler. According to Forbes, a flight on the Residence would cost you about $26,000 for two people to fly from London to Abu Dhabi.

Singapore Airlines also offers luxury seating/staying options for passengers. On their A380, those flying from Singapore to Sydney have the option of booking a bed in both business class or “suites” (a step above first class). The suites were designed by French yacht designer Jean-Jacques Coste and feature wardrobes, mood lighting, and a bathroom. According to Forbes, a ticket for two people flying from Singapore to Sydney would cost $7,186.

Air France offers passengers the option of their La Première First Class cabin. The cabin mimics a chic Parisian hotel and offers a 6.5 foot long bed and magnetic-closing curtains for optimum privacy. Those who stay in the cabin can also enjoy a dinner by chef Daniel Boulud and a nightcap of a fresh flute of Champagne.

In 2017, Qatar Airways announced the debut of what they call the Qsuite on their B777s. The Qsuite featured enough double beds for a dozen people. Tickets would be available to business class passengers, instead of strictly first class. According to Forbes, a ticket for two people flying from New York to Doha would cost about $19,000.

A JetBlue airplane comes in for a landing. | Boarding1Now/iStock/Getty Images

Beds and comfy seating options aren’t just for international travel. JetBlue Airways offers beds in their “Mint cabin.” Passengers can fly in the Mint cabin on select A321 aircraft that fly domestically across the U.S. and from the east coast to the Caribbean.

First class passengers on Cathay Pacific have access to the complimentary “sleep suites.” According to CNN, these suites were designed by Hong Kong tailor PYE and feature “luxury bedding with 500-thread-count cotton duvets, pillows and cushions (as well as praline treats). Underneath the sheets, the seat is equipped with massage functions to aid in stress relief and relaxation.”

Japan Airlines also offers passengers the option of purchasing bed tickets. Their 6.5 feet first class beds can be found on its Boeing 777-300ER on routes between Tokyo and New York, San Francisco, Los Angeles, Chicago, London and Paris. According to CNN, purchasing one of these first class tickets comes with the choice of a soft or firm mattress, Airweave pillows and mattress pads, treats, face cleanser, toner and a moisturizing sheet mask from Clé de Peau Beauté for female passengers, or Shiseido cleansing foam, hydrating lotion and face cream for male passengers.