Historically, U.S. presidents choose to be buried in their hometowns or in a self-named library and museum. Regardless, a lot of planning and thought go into the celebration of the life and burial of a U.S. president. The cemeteries in which they are laid to rest are typically a delightful place to visit. These are some of the most beautiful cemeteries where presidents are buried, and where Donald Trump plans to be laid to rest (on page 7). 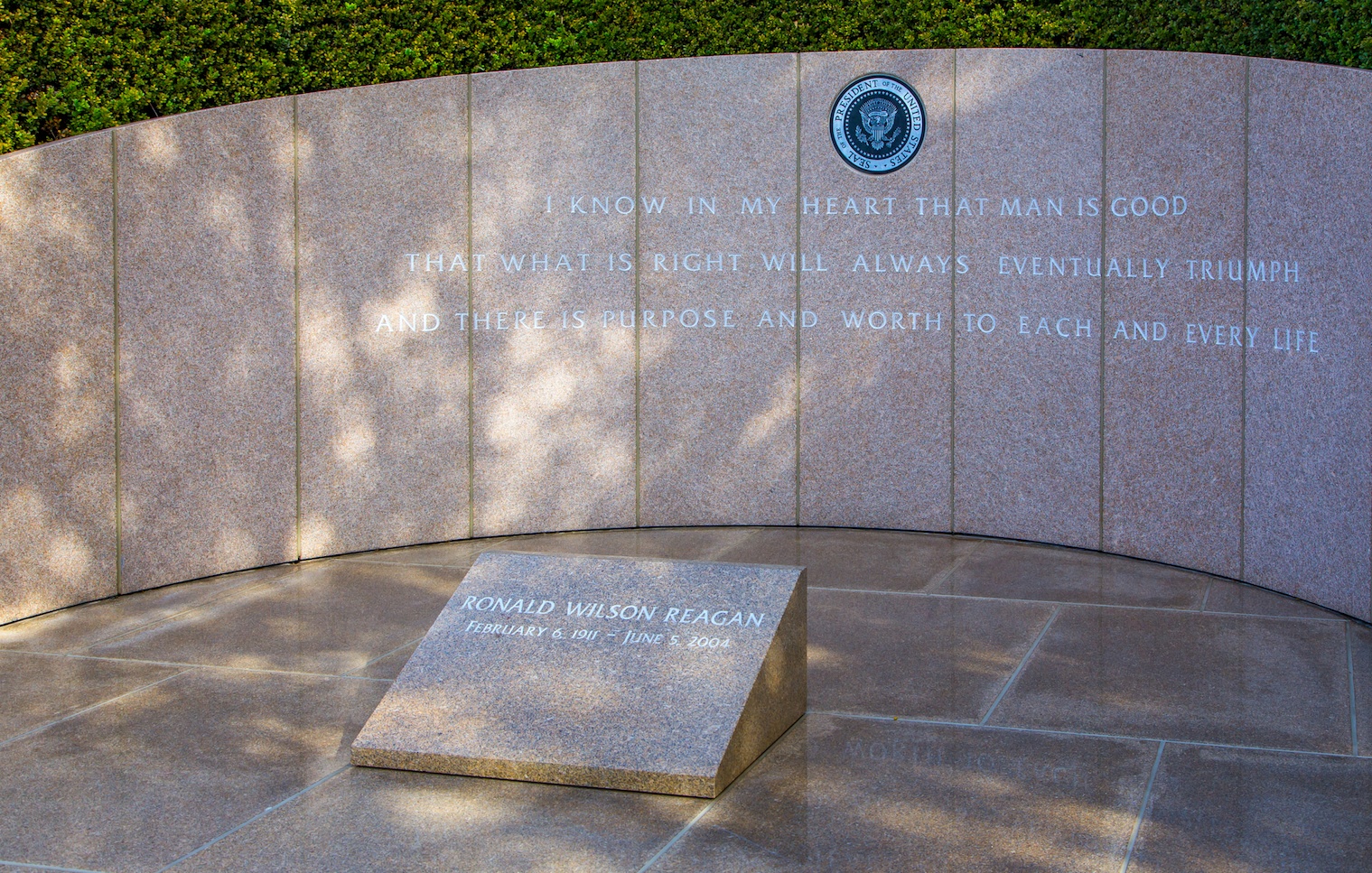 He’s buried at the library and museum. | Wolterk/iStock/Getty Imags

Ronald Reagan’s President Libary and Museum overlooks the Simi Valley of California. The museum boasts impressive exhibitions of Air Force One, the Berlin Wall, and even a replica of the Oval Office. Upon Mr. Reagan’s death on June 5, 2004, he was laid to rest near the President Library on June 11, 2004. His wife was buried next to him on March 11, 2016.

Next: A presidential estate fit for a king 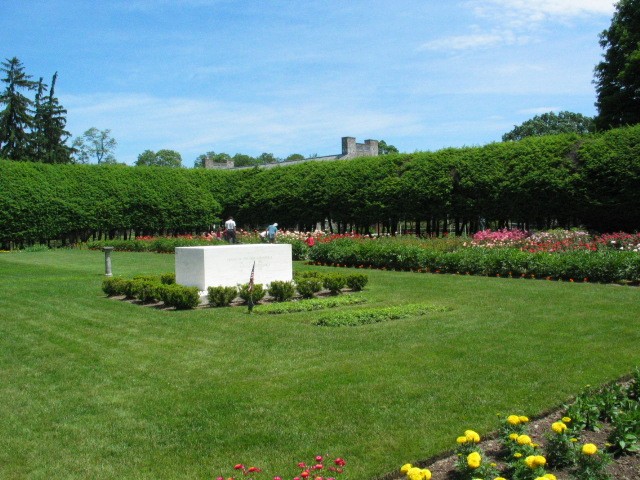 He chose to be buried in his hometown. | GK tramrunner/Wikimedia Commons

Taking the more traditional route, former President Franklin Roosevelt chose to be buried and memorialized in his hometown of Hyde Park, New York. The Springwood Estate is where Roosevelt was both born on January 30, 1882, and buried on April 12, 1945. His tomb is surrounded by all of the lush foliage that the Hudson River Valley has to offer. The Springwood Estate is a historic site that can be visited by the public.

Next: The national cemetery is the burial grounds for two presidents and many fallen soldiers. 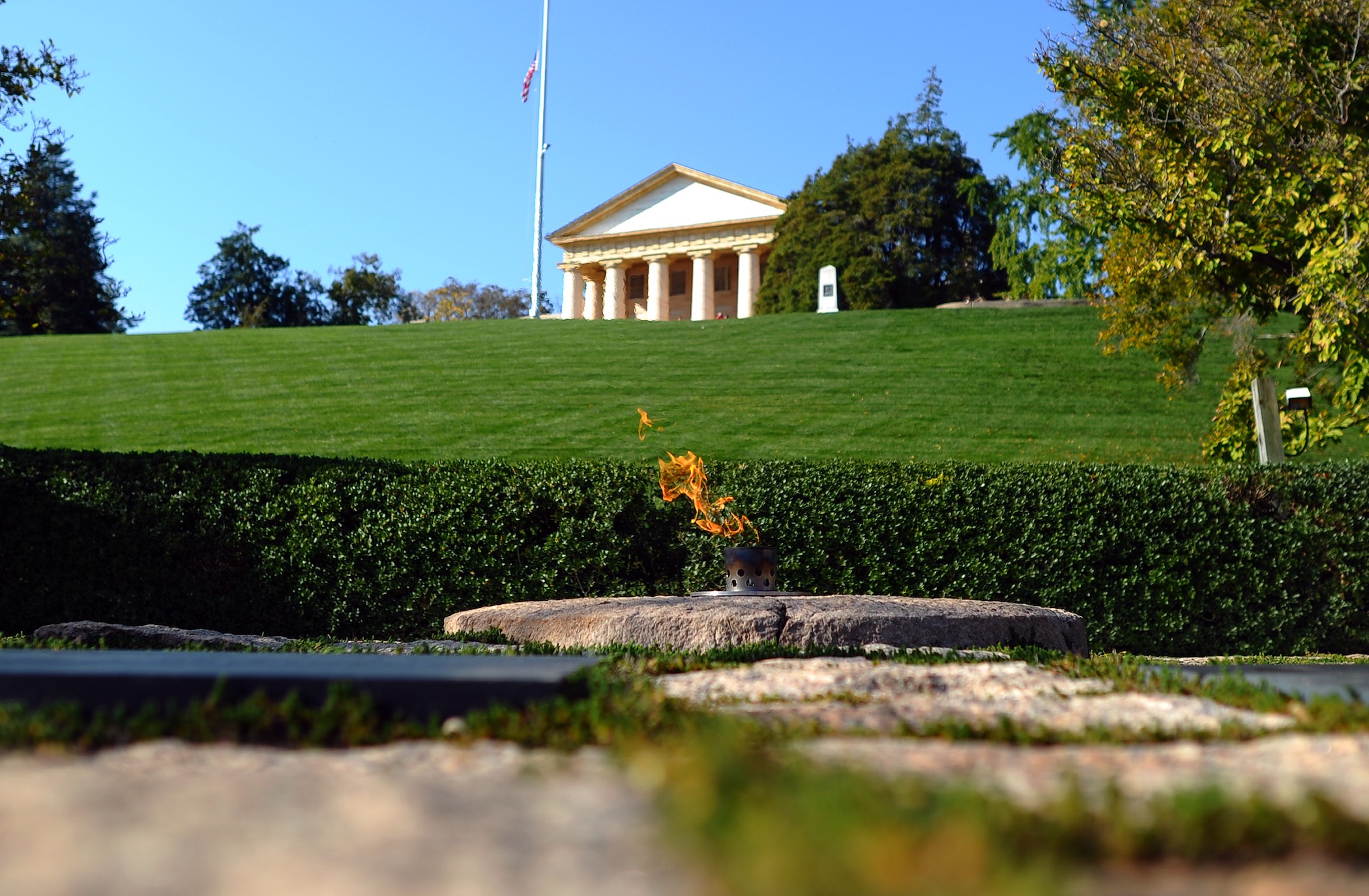 It is some of the most ‘hallowed ground’ in the country. | Jewel Samad/AFP/Getty Images

Over 150 years old, the Arlington National Cemetery in Arlington, Virginia, was appropriated by the Union as a place to honor the individuals who valiantly served the United States. The cemetery is also the place where both President William H. Taft and President John F. Kennedy were buried and is considered the “most hallowed ground” in the U.S.

Next: This president’s tomb resides in the largest mausoleum in the world. 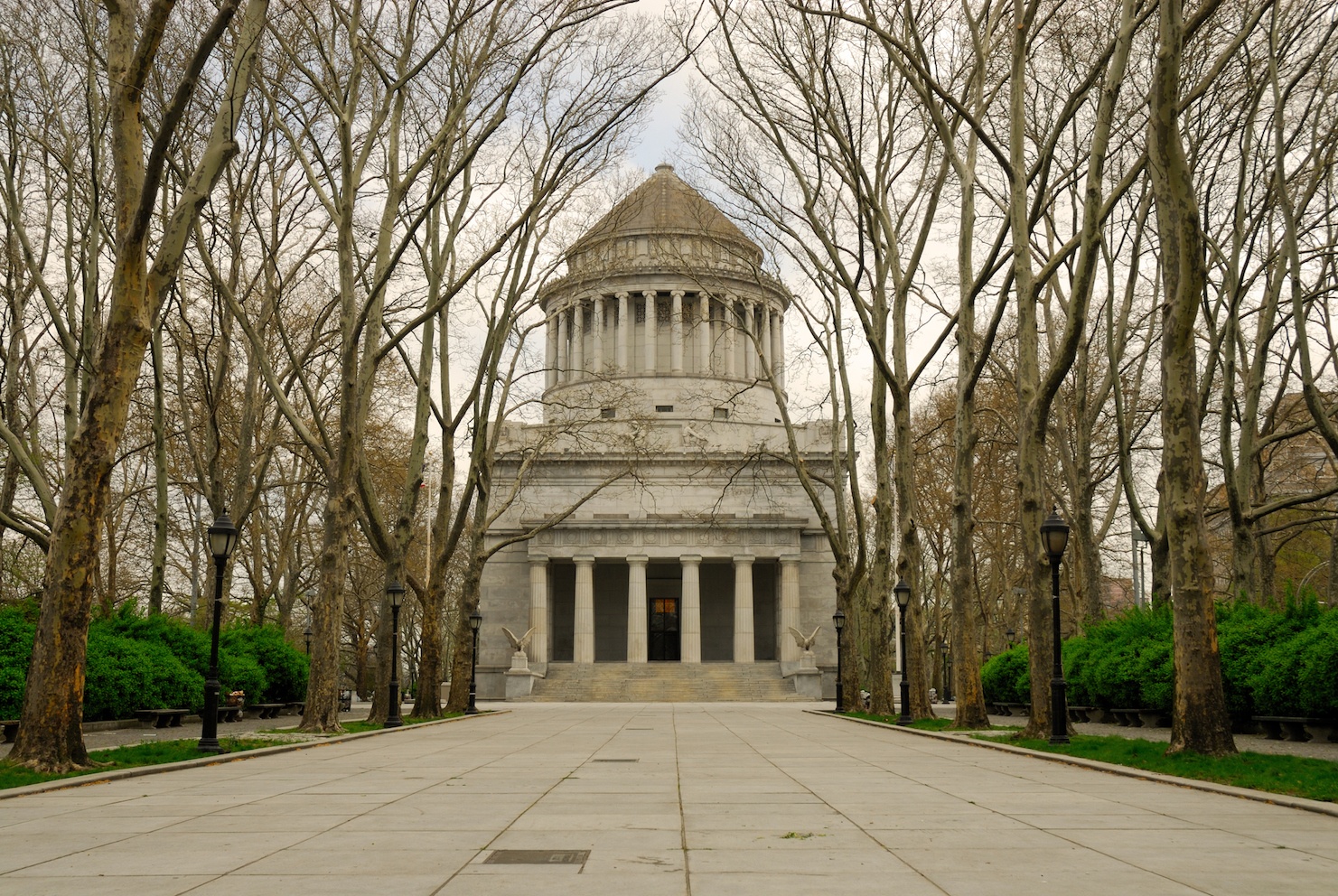 The tomb is in Riverside Park overlooking the river. | typhoonski/iStock/Getty Images

Although former President Ulysses S. Grant was born in Point Pleasant, Ohio, his national memorial is at the General Grant National Memorial at Riverside Park in New York, New York. Overlooking the Hudson River in Manhattan, Grant’s tomb is quite large. In fact, it is the largest mausoleum in the entire world. After his death on July 23, 1885, an estimated one million individuals showed up for his funeral on August 8, 1885.

Next: A beautiful, grassy knoll harbors the tombs of this president and his wife. 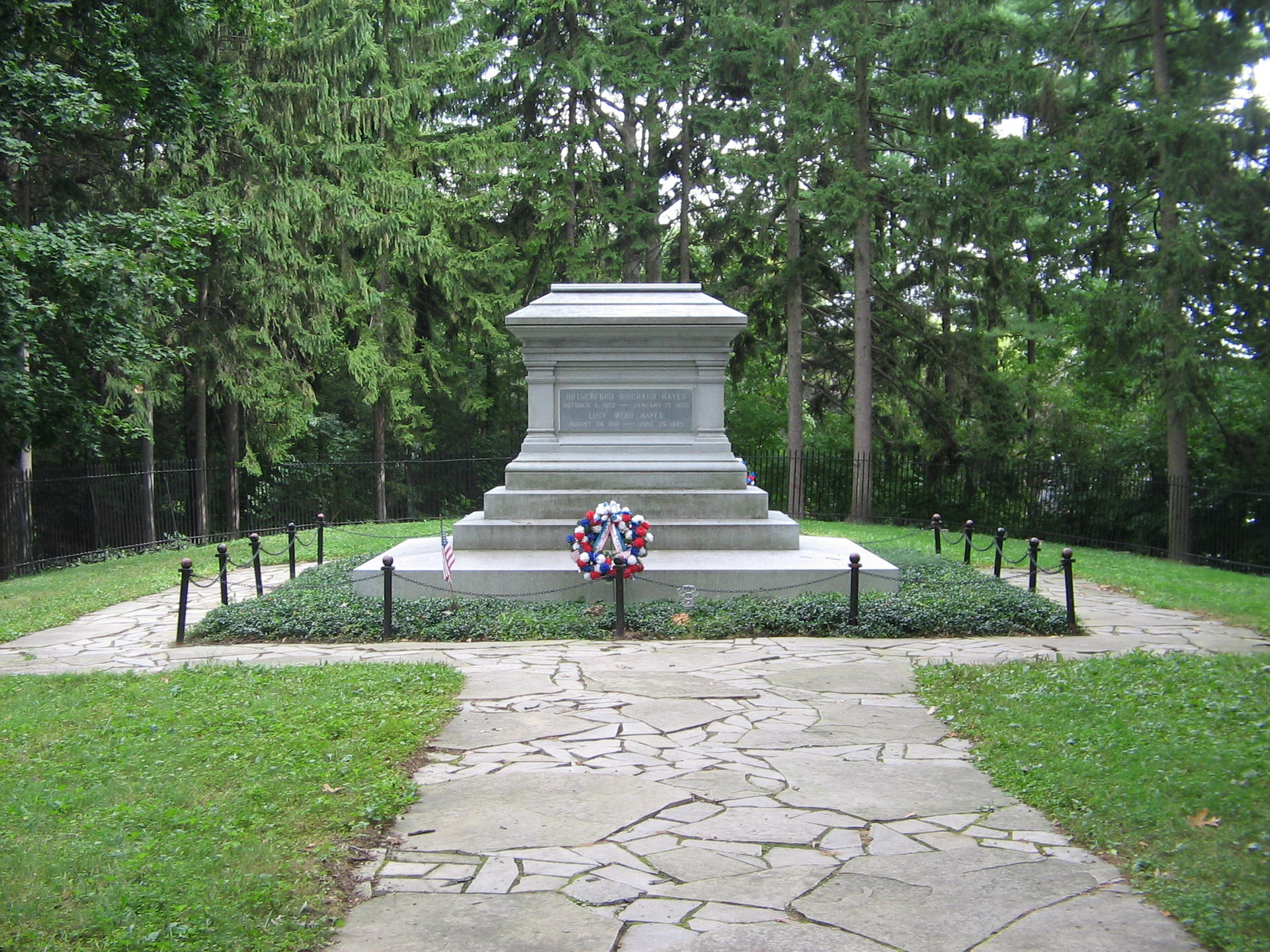 The couple is buried on their favorite spot. | Shadow2700/Wikimedia Commons

Located just north of his birthplace of Delaware, Ohio, former President Rutherford B. Hayes was laid to rest in Fremont, Ohio, after his death on January 17, 1893. The president and his wife are buried on a grassy knoll, surrounded by trees in an area said to be one of the couple’s favorite spots on the property. Now considered a historical site, the Hayes’ Spiegel Grove Estate at Rutherford B. Hayes Presidential Center is open to the public.

Next: This impressive library and museum hold the legacy of this president. 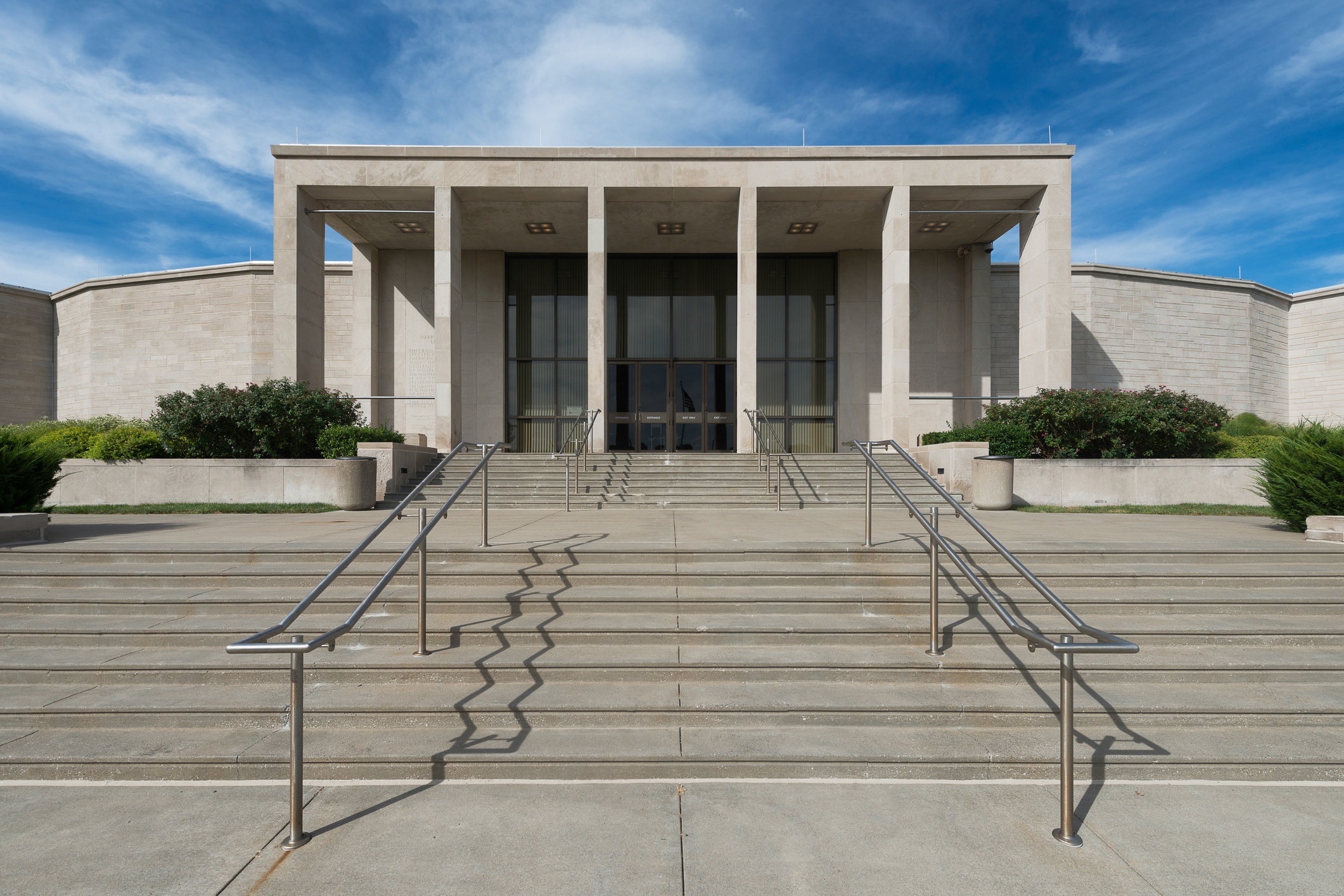 President Truman is buried on the grounds. | gnagel/iStock/Getty Images

Although he was born in Ohio, former President Harry S. Truman was buried in Independence, Missouri. His and his wife’s gravesite is located on the Harry S. Truman Library and Museum grounds, where an exhibit of his life is always on showcase. The well-built museum is open to the public.

Next: President Trump breaks tradition and ground with the location of his family mausoleum. 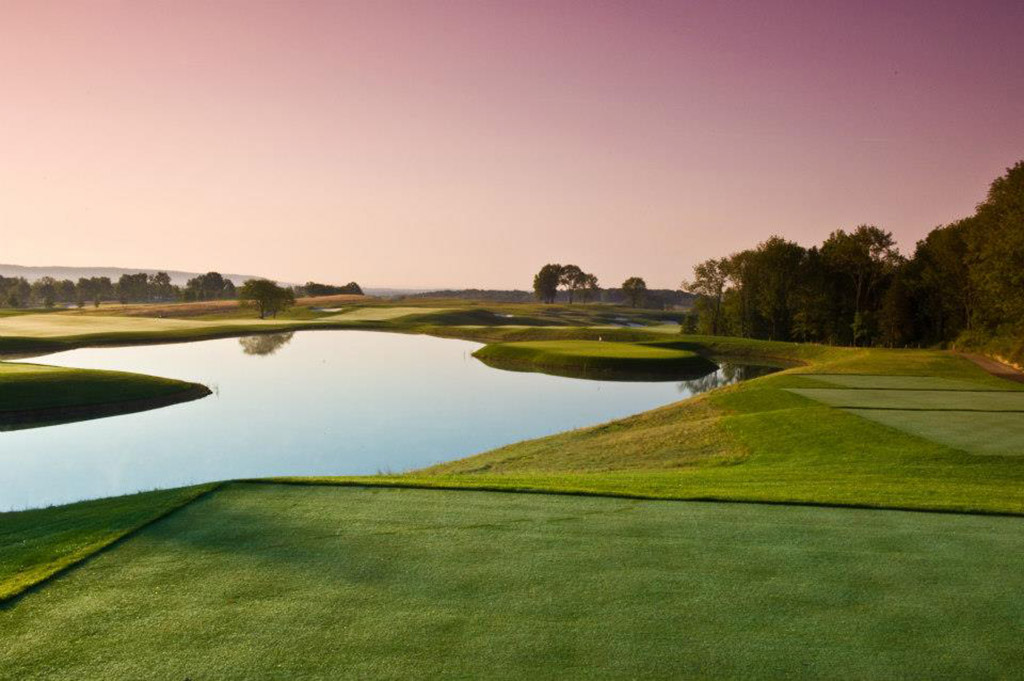 The nation knows that President Trump loves his real estate and golf. So despite the fact that his relatives are buried at the Lutheran All Faiths Cemetery in Queens, New York, he has made his burial plan quite clear. Instead of following the family tradition, he plans to be buried at his golf club in Bedminster, New Jersey. When asked why, he responded by asking, “Wouldn’t you want to be buried here?” Trump has since finalized plans and grounds for a family mausoleum have broken.