These Are The Most Hated Halloween Candies

Halloween is about candy. Costumes are a tool used to get candy. Kids (and adults) take candy very seriously. Any trick-or-treater would be sad to get the worst candy on Halloween, and there’s definitely an unofficial candy ranking when it comes to celebrating the holiday.

The Candy Store surveyed 40,000 people about their most hated Halloween candies, and came back with this ranking. We’ve thrown in a few additions of our own — sweets and other “goodies” — that no one wants to find in their Halloween stash at the end of the night. Find out if you’re disappointing trick-or-treaters in your neighborhood by passing out the worst candy on Oct. 31. 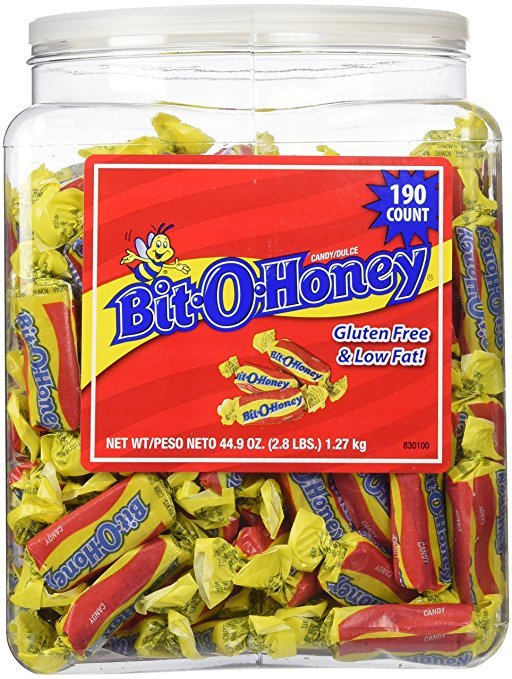 There are so many better options out there. | Amazon 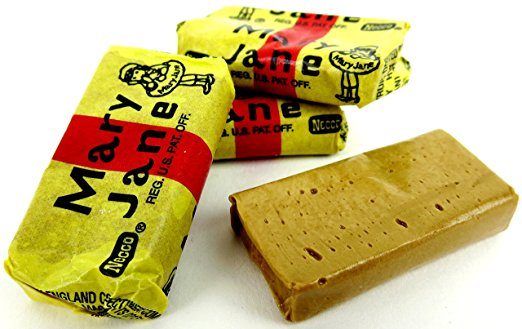 Neither of the flavors are great. | Amazon

Mary Janes are another vintage candy that don’t taste good. Taking a bite of a Mary Jane isn’t worth the time it takes to peel off the yellow wrapper. And sometimes it can take a good minute to get all the paper off the sticky candy. Mary Janes are supposed to taste like peanut butter and molasses but all I taste is grainy flavors that don’t come close to peanut butter or molasses.

Next: Don’t give raisins to kids on Halloween. 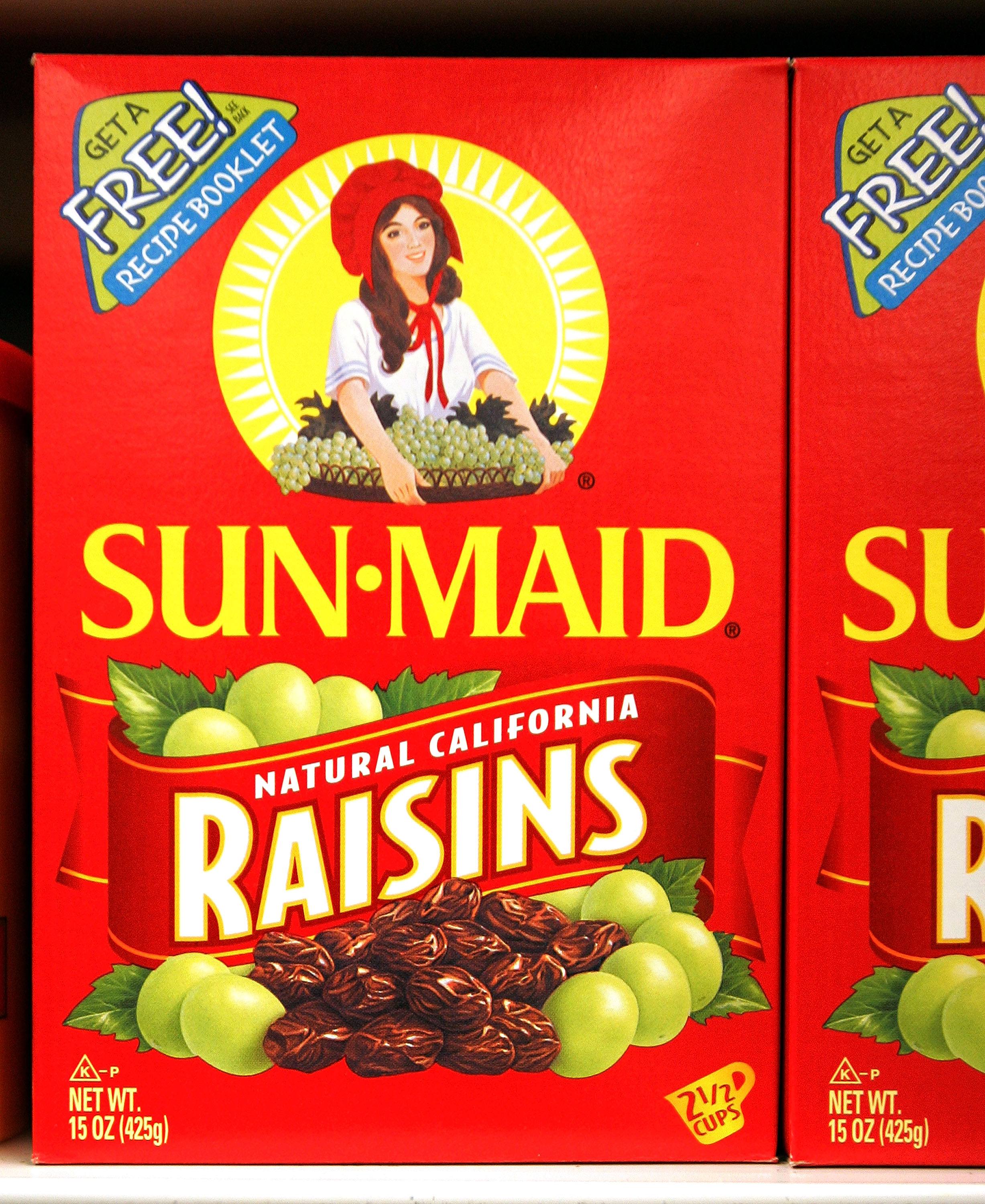 Everyone knows that getting raisins was a huge disappointment. | Tim Boyle/Getty Images

To me, getting a box of raisins missed the mark on Halloween. I wanted as much candy as possible, not a healthy snack. The more sugar, the better on Halloween. Unless raisins were chocolate-covered I wouldn’t give them a second look.

Next: There’s nothing “good” about this candy. 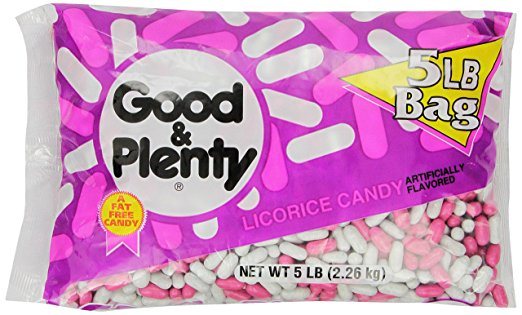 Black licorice is the worst. | Amazon

Next: A classic candy made from a plant trick-or-treaters hate. 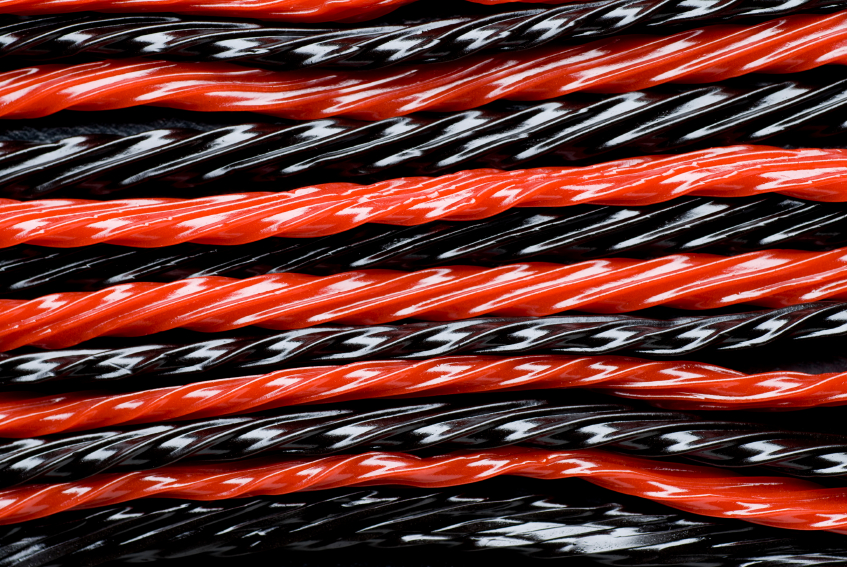 Twizzlers not included though. | iStock/Getty Images

Next: A vintage candy with a funny name that could break teeth. 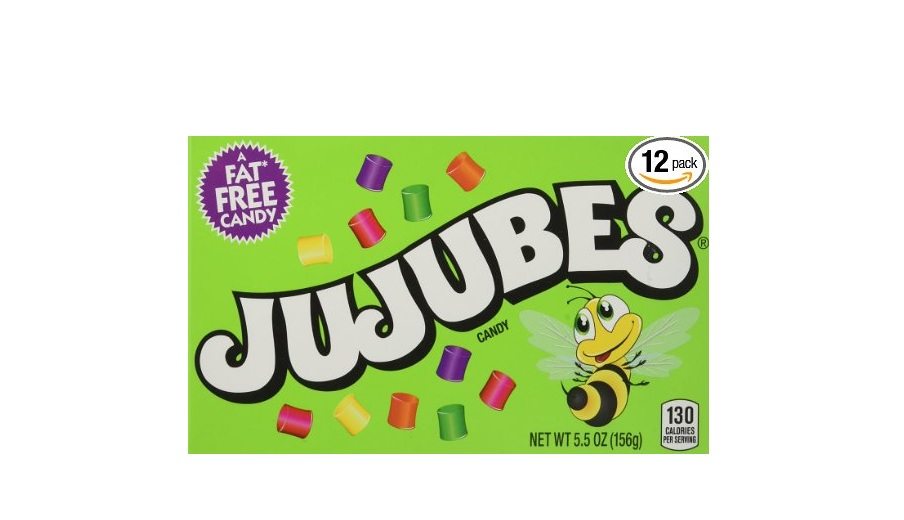 There are a cavity waiting to happen.| Amazon

Jujubes are another vintage candy that gets the cold shoulder on Halloween. No one likes Jujubes because they get stuck in your teeth and quite frankly, don’t taste good. A Babble article summed it up best. “The manufacturer’s site says they are known for their hard, break-glass quality texture. And that’s from the people who are trying to get you to eat them,” Babble writer, Elizabeth Stark wrote.

Next: A rainbow of colors won’t make this candy taste better.

Great for allergies, not for taste buds. | Amazon

Yes, Smarties are gluten-free, dairy-free, and peanut-free. They’re low in calories too. None of those selling points matter because Smarties don’t taste good. The little round disks are like solid sugar mixed with chalk. Kids are smart for leaving Smarties untouched on Halloween.

Next: One of the oldest candies around is also one of the most hated. 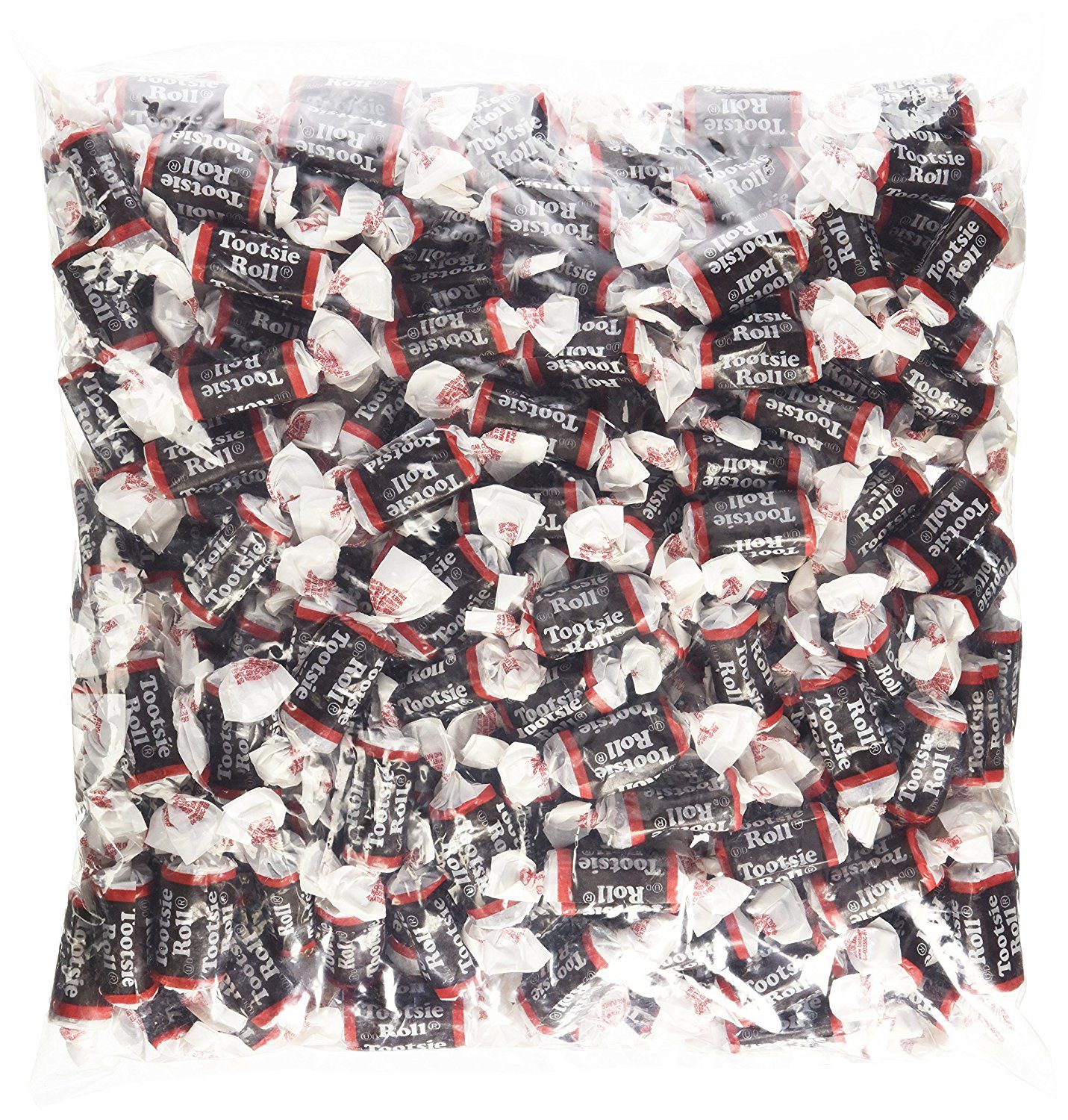 These will be stuck in your kids’ teeth until Thaksgiving. | Amazon

Named after the inventor’s daughter, Tootsie Rolls have been around for more than a century. They’re a well-known chewy candy but not well-liked at Halloween. Tootsie Rolls get stuck in the teeth of children everywhere. The fruity undertone to the candy could be what landed the chocolatey treat on the list of Worst Halloween Candies.

Next: Why no one wants pumpkins on Halloween.

Festive, but not tasty. | Amazon

Similar to candy corn, mellowcreme pumpkins look festive but don’t taste good. The shape doesn’t do anything to help with the taste of these pumpkins. The candy’s manufacture, Brach’s, says the pumpkins have “a rich taste, moist texture, and unique flavor” of their candy corn. The candy’s texture is grainy and almost waxy giving the pumpkins a very artificial feeling.

Next: The one peanut butter combination no one likes. 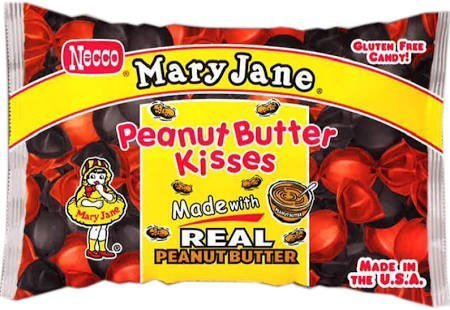 Another one that is festive, but not good.| Amazon

Any time an orange or black wax paper wrapper showed up in my candy bag, I tossed it aside. The unique flavor of Peanut Butter Kisses comes from molasses. If you’ve ever tasted molasses, you know it doesn’t taste good. Peanut Butter Kisses have been a Halloween treat for years because of their orange and black packaging but not because of their flavor.

Next: A vintage candy with unique flavors. 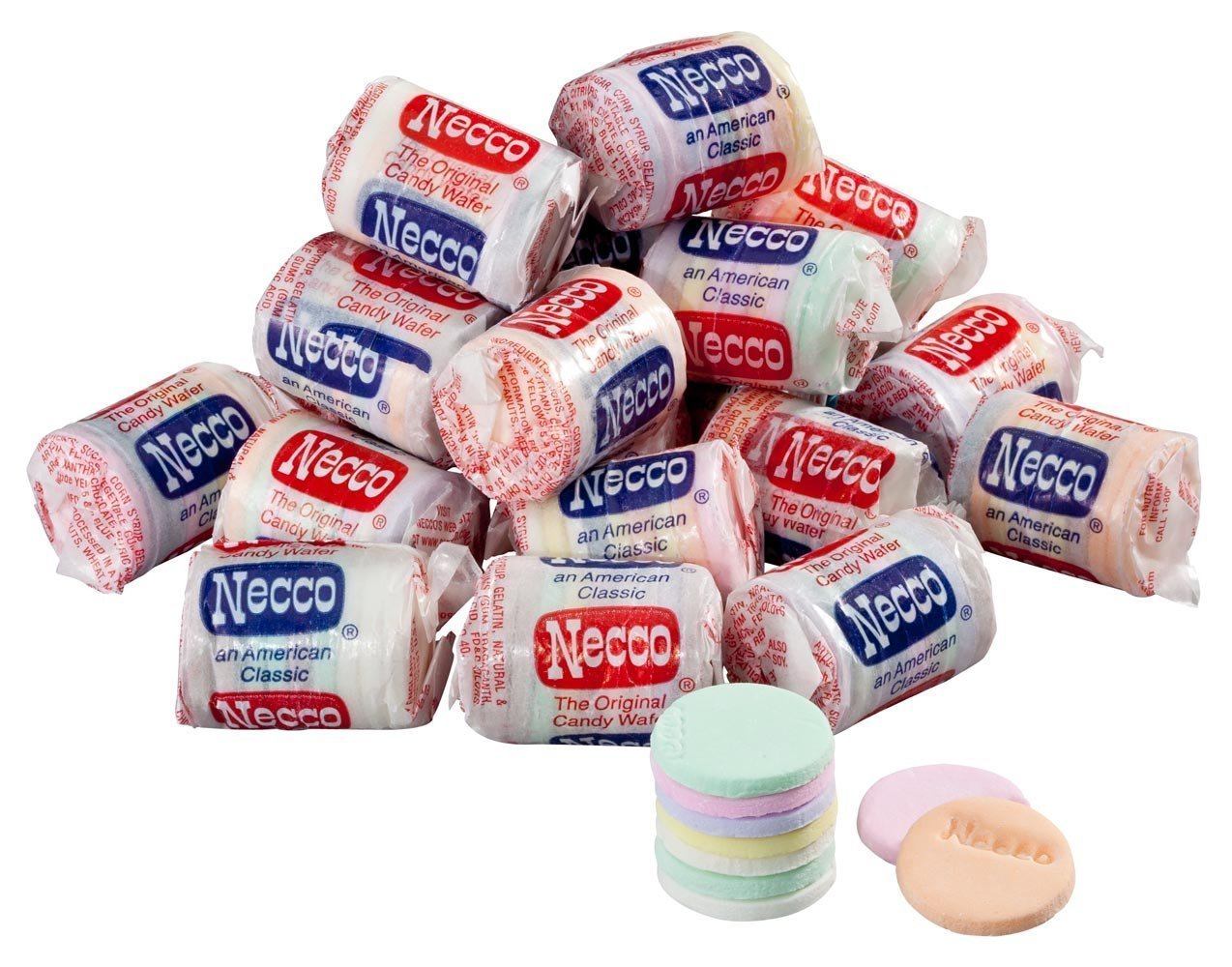 Those are some odd flavor combinations. | Amazon

Next: Don’t give coins out on Halloween. 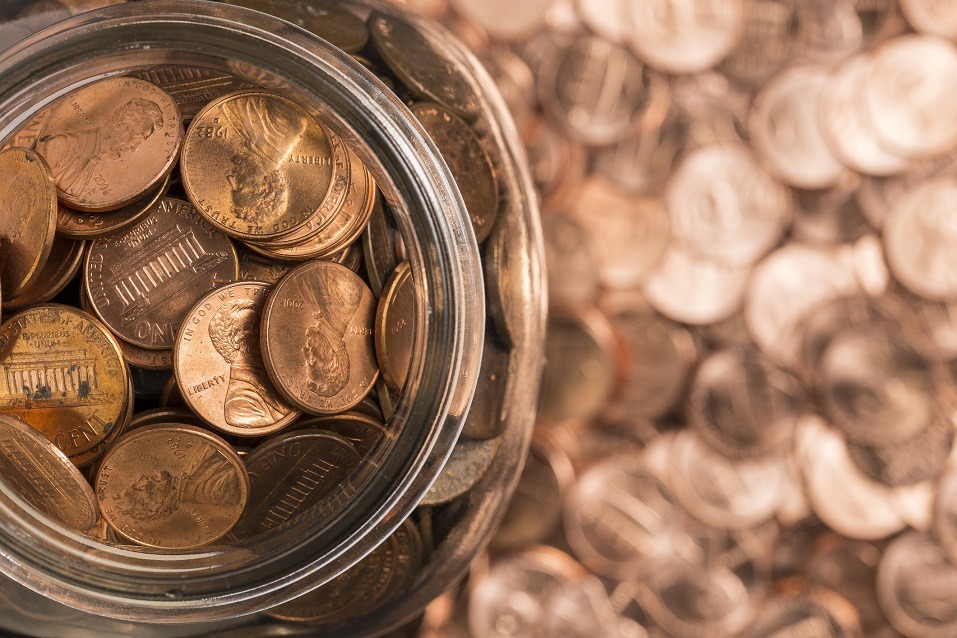 A jar of pennies | John_Brueske/iStock/Getty Images

Getting a penny is another item that misses the mark on Halloween, according to Babble. These days, a penny can’t get you anything. If you’re going to hand out money, spring for dimes, or go big and hand out quarters. A quarter will at least get you a gumball.

Next: The soft drink no one wants on Halloween. 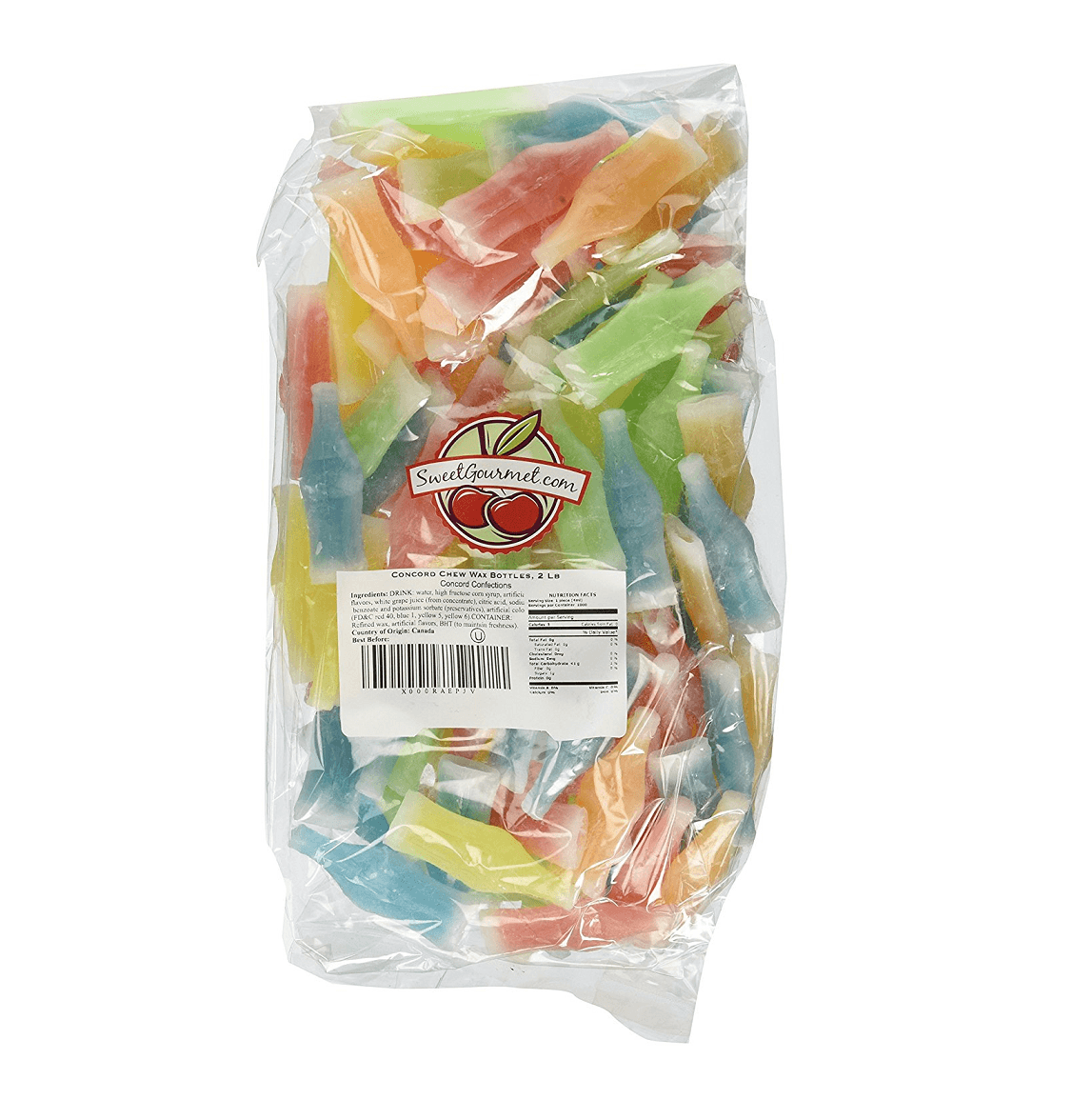 The taste outweighs the fun. | Amazon

Wax Coke Bottles are a fun candy to get on Halloween because they’re different. There’s fun in biting off the wax bottle top to get to the Coke. The Wax Coke Bottles look cool but that’s all they have going for them. The taste of the Coke is easily why these earned third place.

Next: A polarizing Halloween treat. 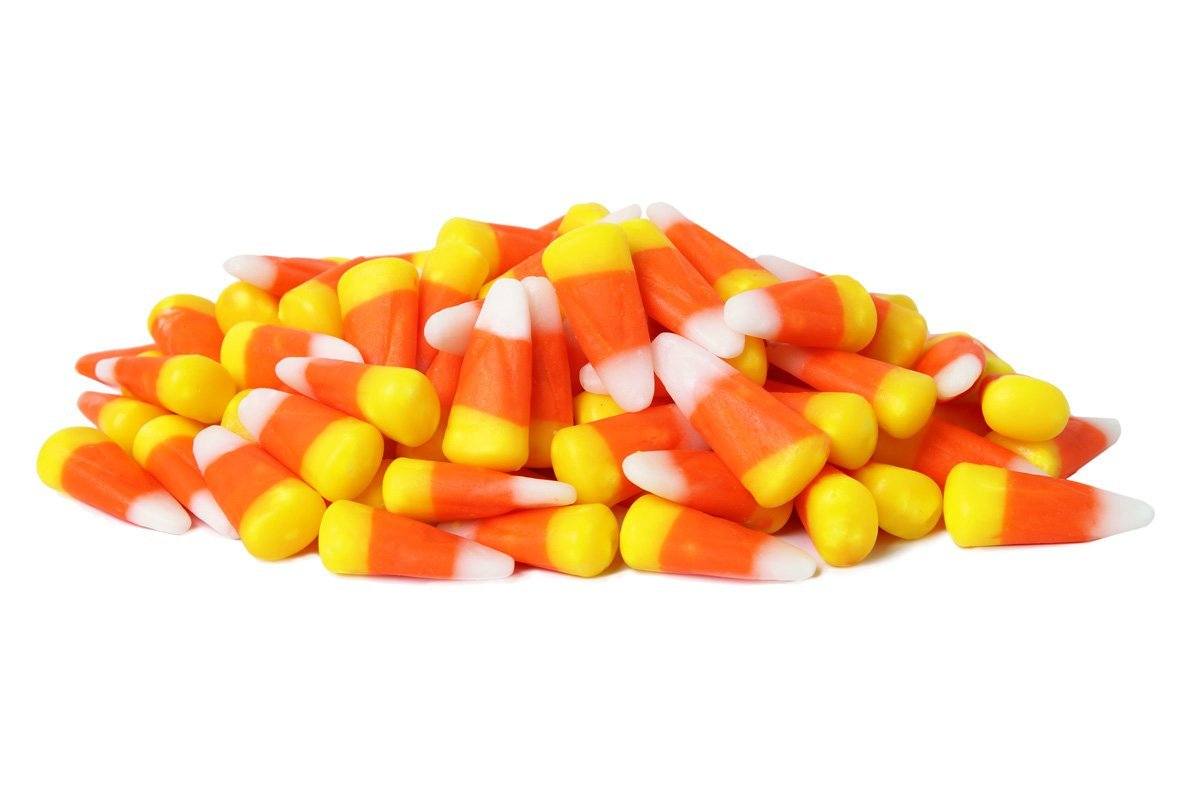 Ah, candy corn. A sugary snack that signals the beginning of fall. Candy corn is a polarizing candy, according to TIME. Either you love candy corn or you despise the triangular treat. From the Candy Store’s survey, it’s clear most people agree with the latter point of view.

Next: Don’t hand out random stuff. 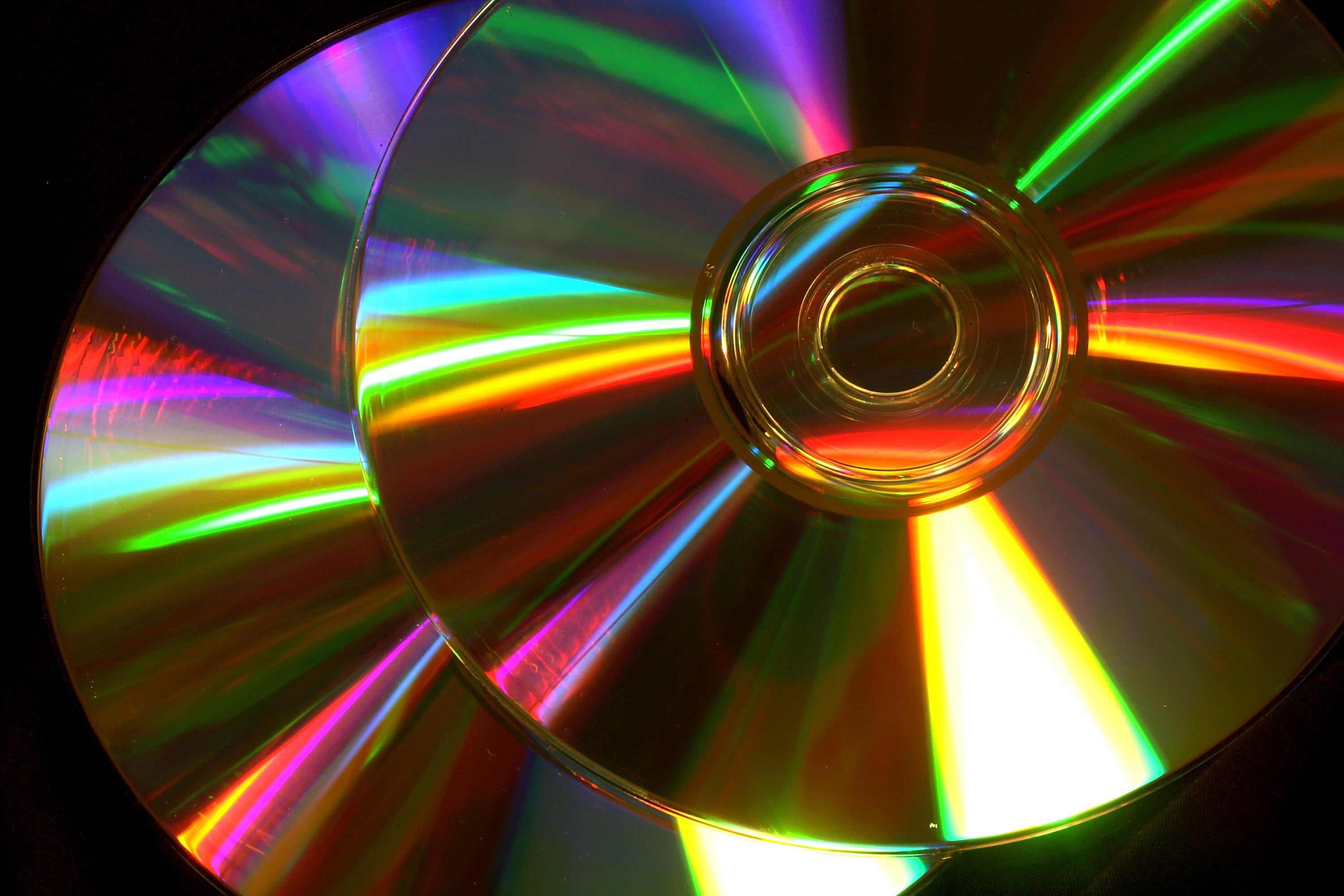 You might as well give out toothbrushes. | Peter Macdiarmid/Getty Images

I’ve personally gotten a CD in my candy bag. When I got home to survey my loot, I glanced at the CD and tossed it aside in favor of the candy. To this day, I don’t think I ever listened what was on the disc. One way to minimize the number of Halloween visitors you get at your house is to give them a CD. You can be sure kids won’t trick-or-treat at your house once word gets around you’re the house that hands out CDs on Halloween.

Next: Why everyone hates peanuts. 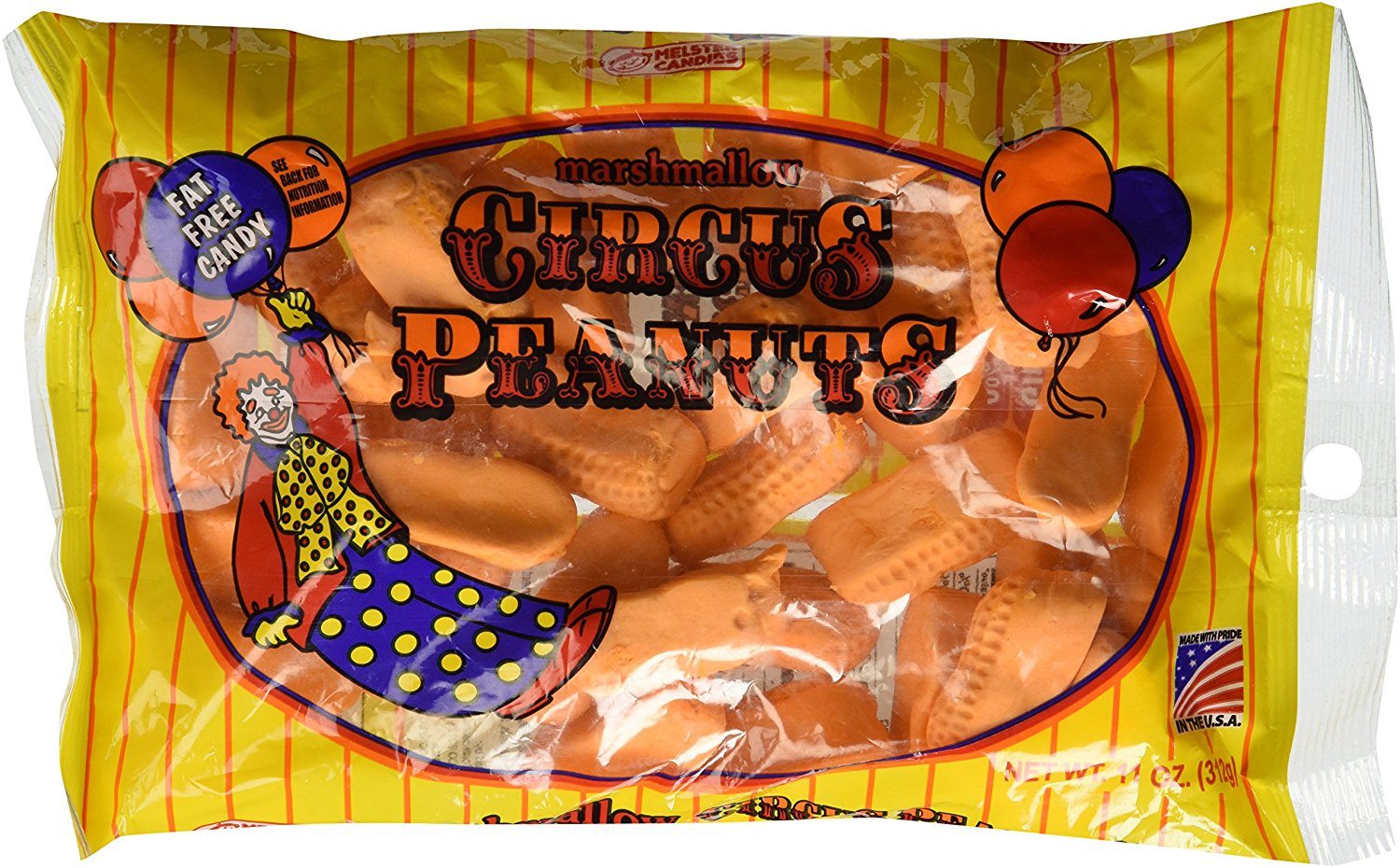 These are just gross. | Amazon